Jake Gyllenhaal now owns a new apartment sitting in a so-called dorm of the rich and famous. Seamless architecture design with a huge floor plan. 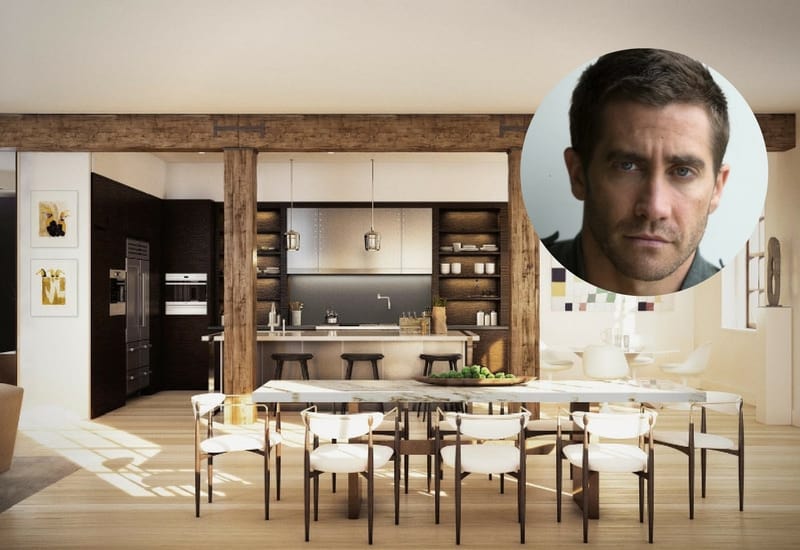 Jake Gyllenhaal is taking up residence with the likes of Ryan Reynolds and Justin Timberlake in a condo development in the Tribeca neighborhood of the Big Apple. Purchased for $8.63 Million, Jake’s new abode is the epitome of rustic chic.

The son of a producer/screenwriter and a director, it’s no surprise that Jake Gyllenhaal took up acting at a young age. His first role was in the film City Slickers at the age of 11. He soon after found success in movies like the cult favorite Donnie Darko and his breakout movie October Sky.

Today, Jake is a talented actor perhaps best known for his powerful portrayal of Jack Twist in Brokeback Mountain, the critically acclaimed film that tells the story of a romance between two cowboys.

Despite having a sister also in the industry (Maggie Gyllenhaal), Jake Gyllenhaal stays largely out of the spotlight. He has been rumored to date such stars as Taylor Swift and Reese Witherspoon, however.

Gyllenhaal’s new condo is one of many in a new development in the ultra-popular Tribeca neighborhood of New York City. With neighbors such as Jennifer Lawrence and Harry Styles, it’s being called the dorm of the rich and famous.

A Tribeca gem, the building used to be a converted book bindery and still has the exposed beams, natural light, and utter charm of its former life. Thanks to extensive renovations, it also now has the luxury and amenities today’s celebs expect.

Below is the full photo gallery of Jake Gyllenhaal’s home. 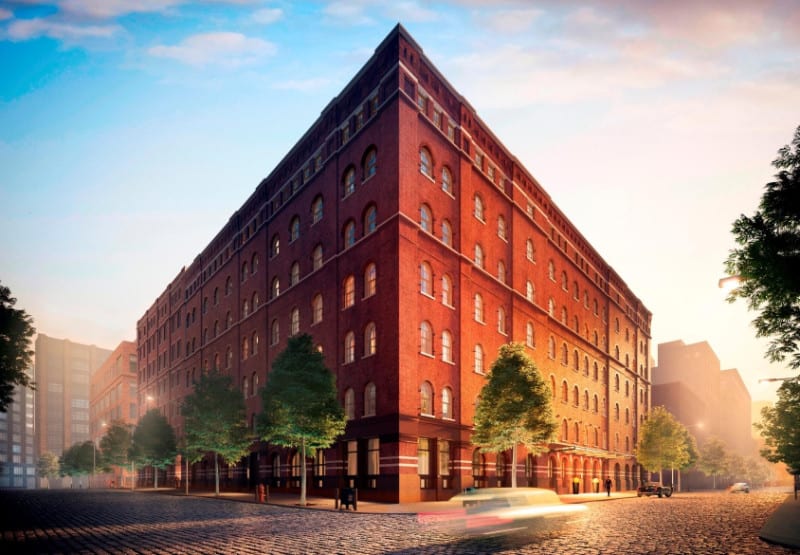 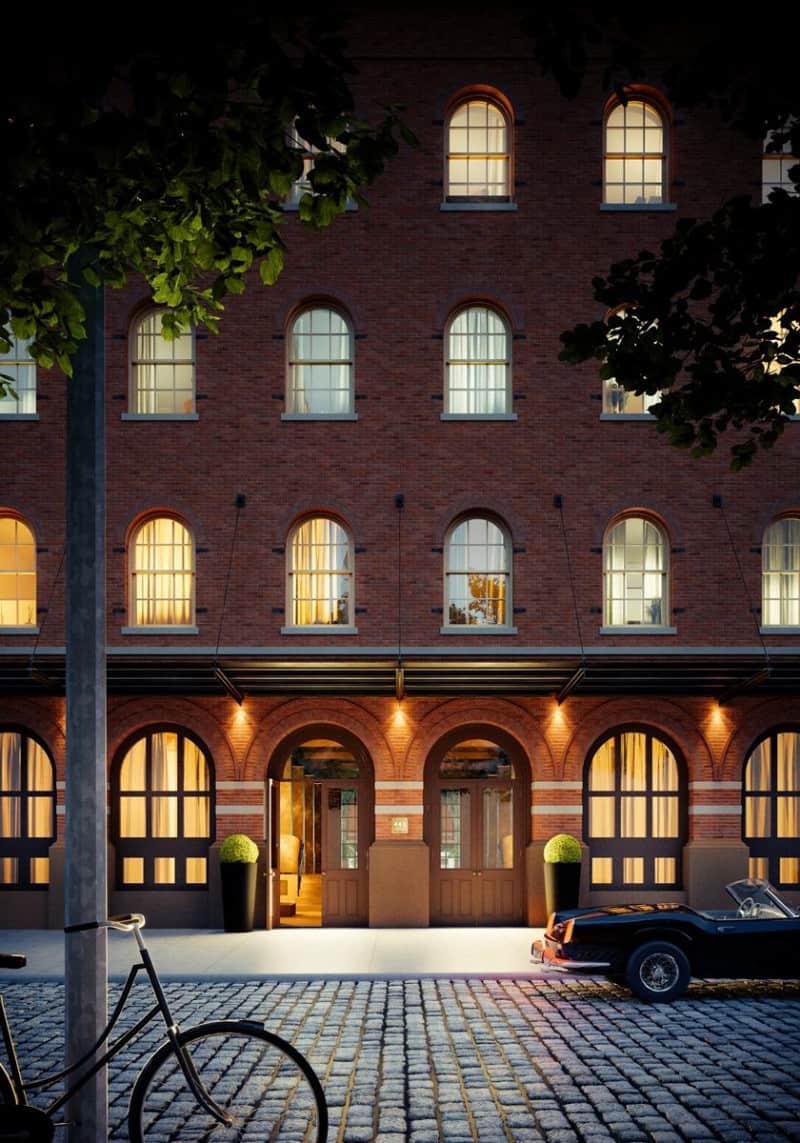 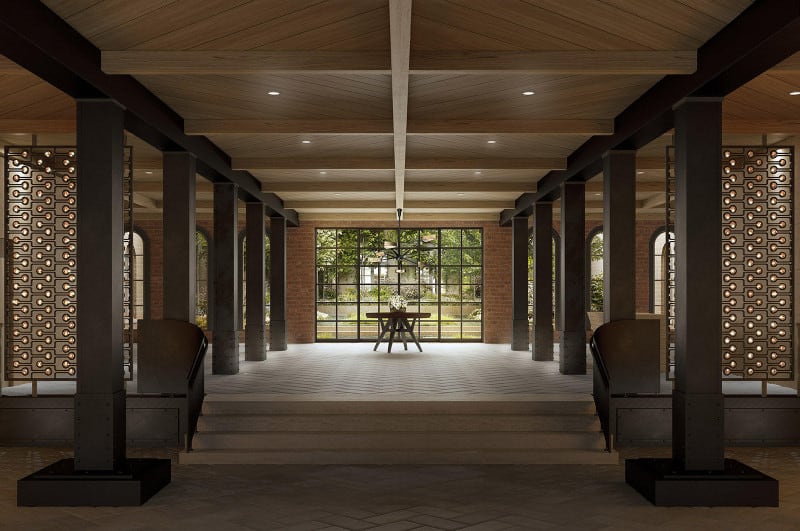 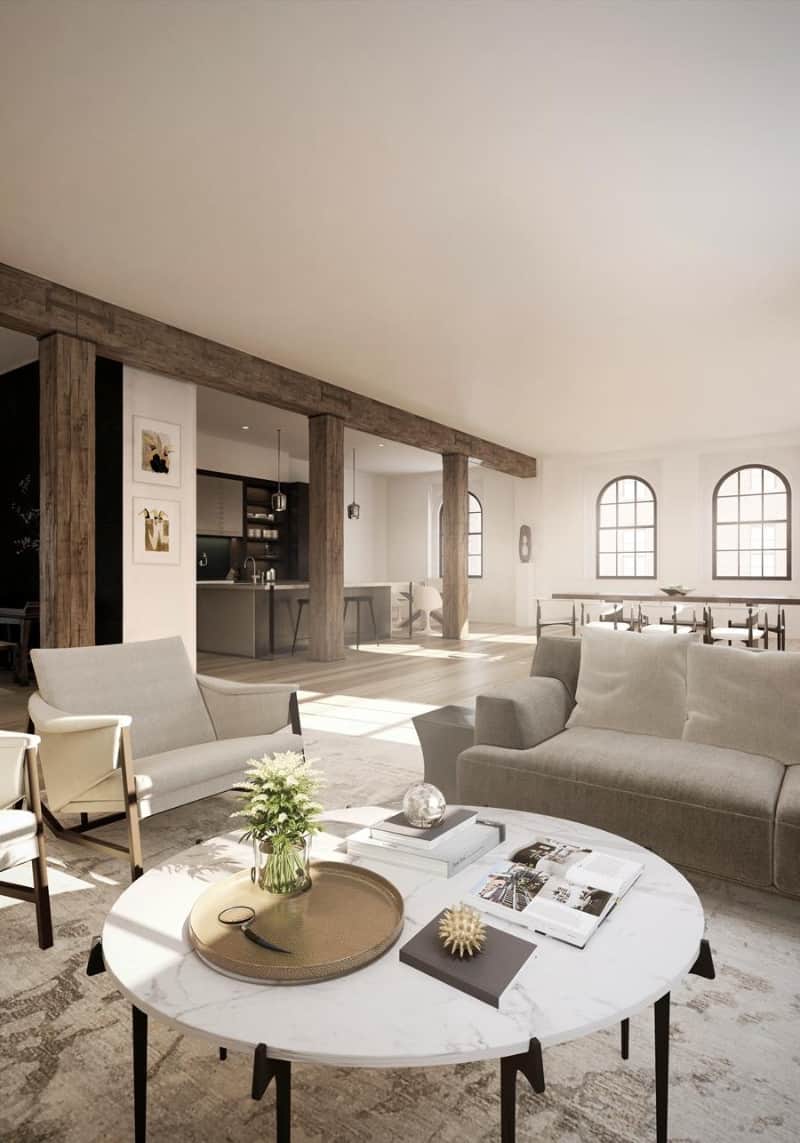 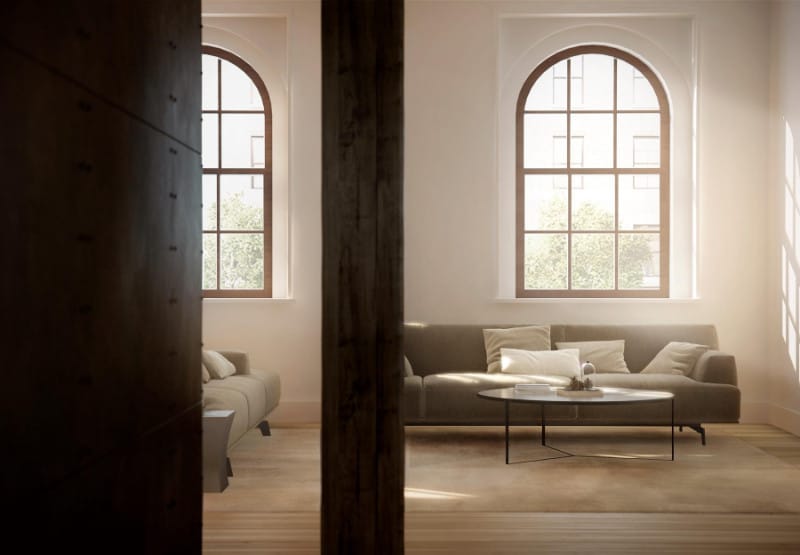 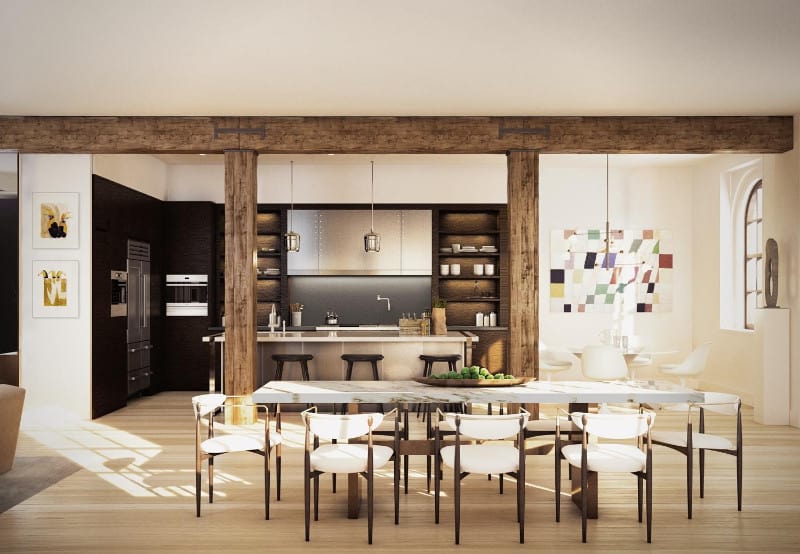 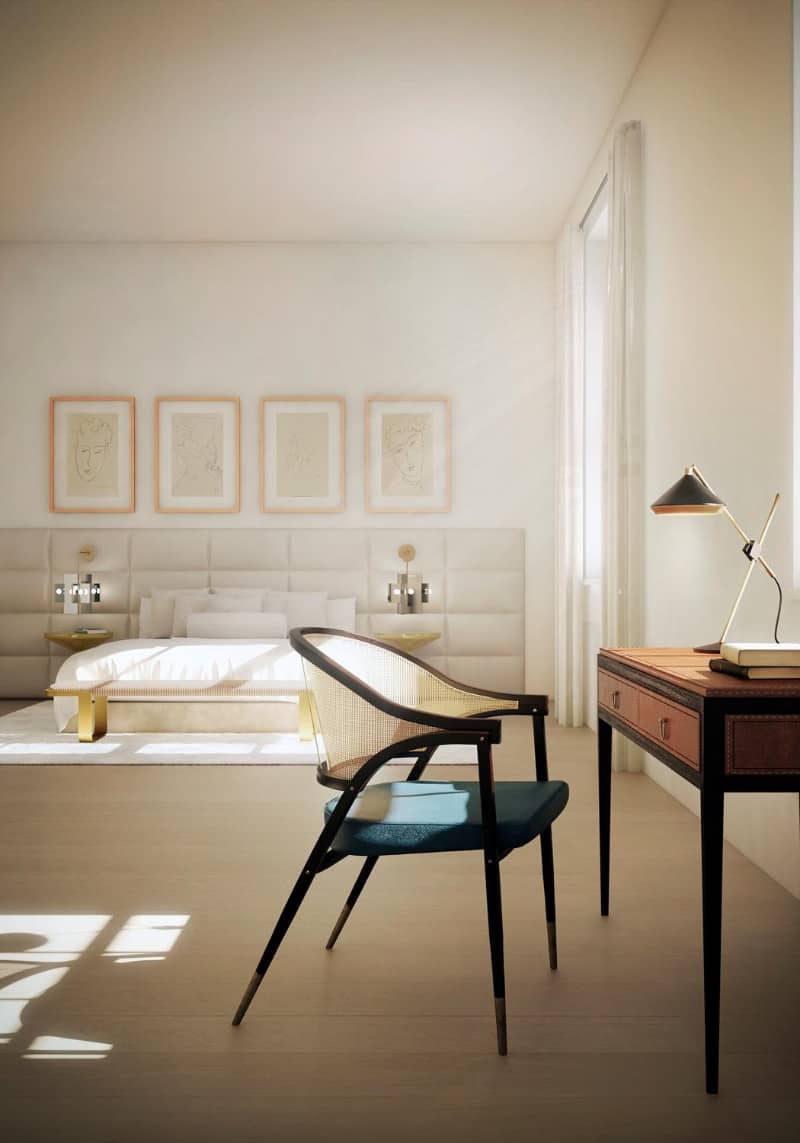 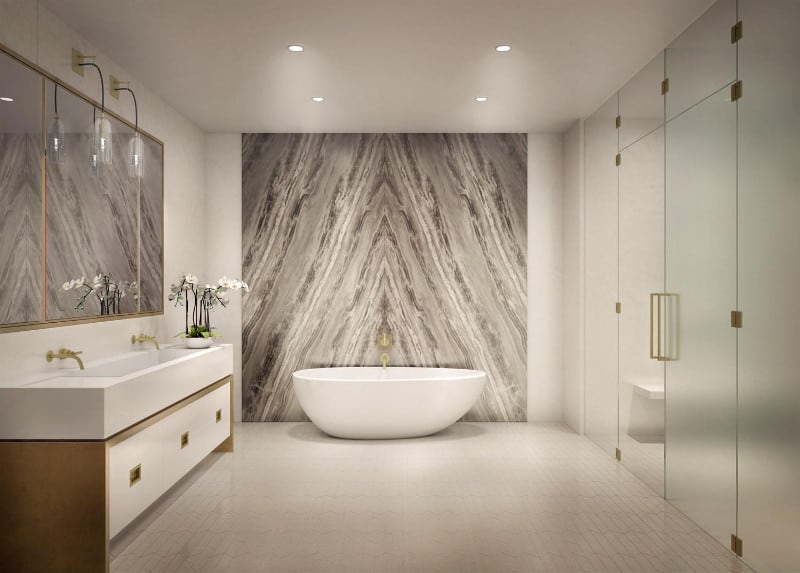 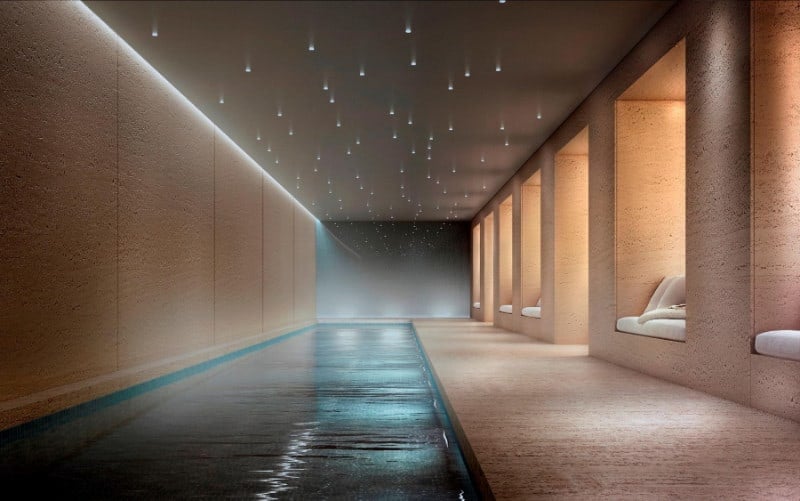 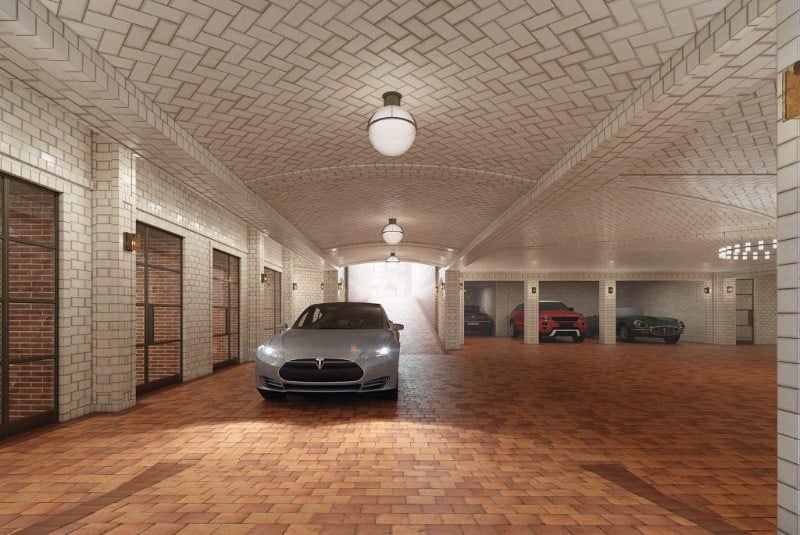 Here’s a map of the Tribeca area in New York:

Jake Gyllenhaal is worth an estimated $65 million.