There are times when the butcher block is the right option, of course. Just know this island feature is all about the look and not about the functionality. 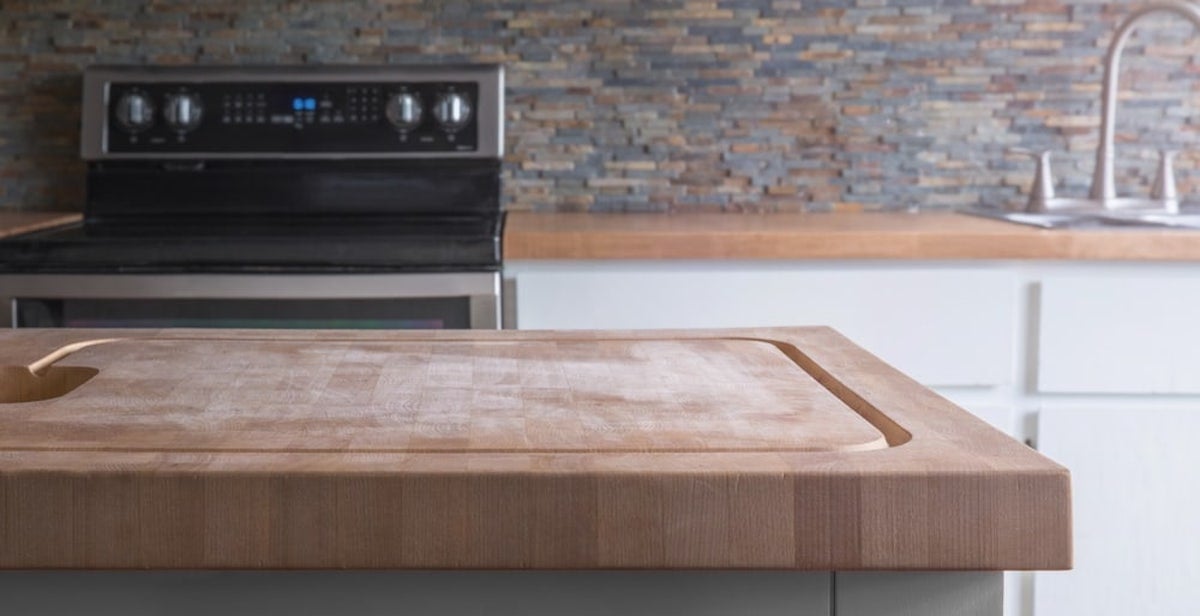 It is typically a softwood that is likely to endure knife cuts, molds, and bacteria that will seep into the spores of the now-deaden wood and continue to thrive. Soon enough you will have black mold growing in your newly remodeled kitchen. That, my friend, is the final straw for the majority of homeowners.

This is why you want to avoid the dreaded moldy butcher block surface that came out in the Eighties when Martha Stewart was in her heyday.

Moisture is a Problem with Wood Surfaces 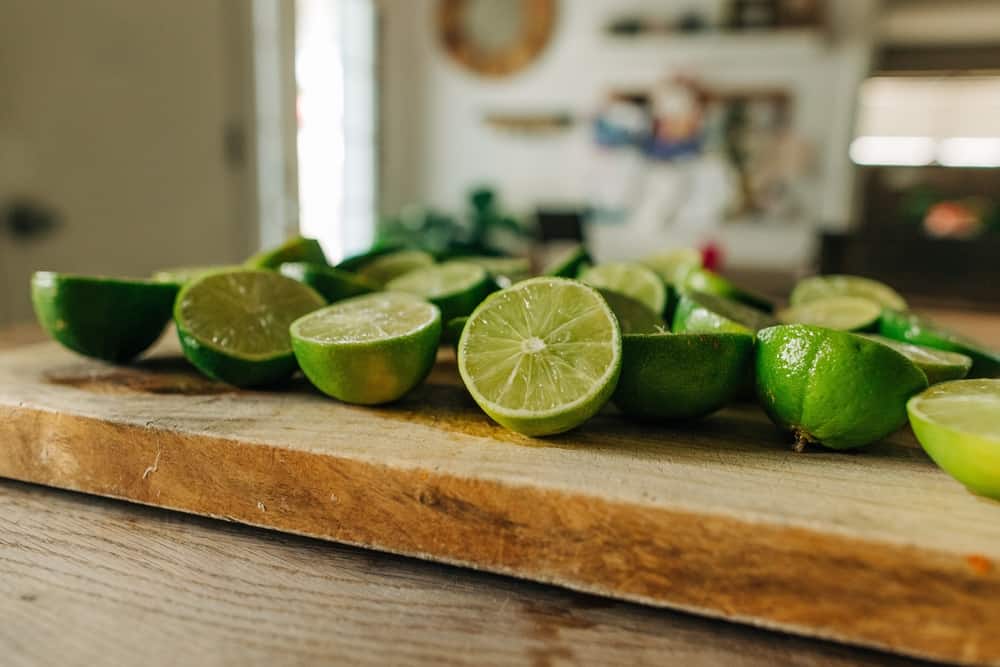 When installing a butcher block in a kitchen that is an active working space, there are always going to be moisture issues. The use of a wood block to do all of your prep work including cutting fresh and juicy fruits and vegetables, as well as bloody meat and raw fish, will lead to moisture concerns. Most people don’t even like the word moist, much less having this mess in their kitchen.

Therefore, the only way to make a butcher block surface on a kitchen island work is to combine it with another safer-to-use surface. This includes stainless steel or quartz or even marble, which are all less porous and more conducive when working with moist ingredients.

Butcher Blocks are Expensive to Install 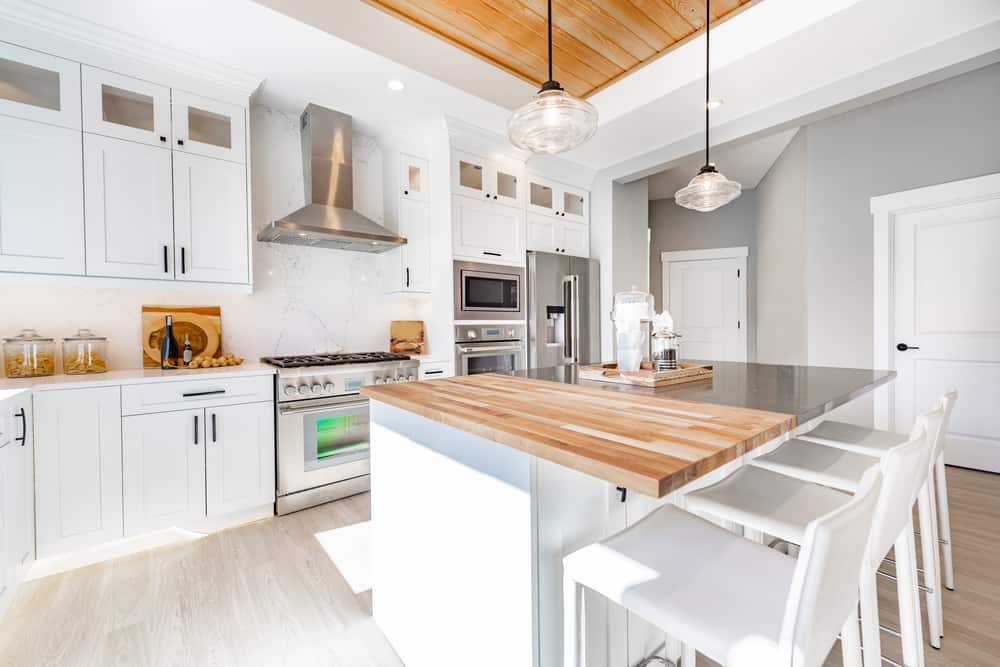 The next consideration is the overall cost of a butcher block installed on an existing kitchen island. In this remodeling project, homeowners are spending an average of $3,500 on this material just for the island. To me, that’s a lot of money.

I would not feel justified in replacing an existing counter with a butcher block just for the sake of appearance. Again, since the butcher block does not work well with moist ingredients, this is also an issue. You want to use a counter surface that is most productive and helpful when working in a kitchen.

Something that has a price tag of $40 to $100 a square foot is not going to go that far, either. How large your kitchen island is and what kind of wood you choose for your butcher block also make a huge difference. For example, a softwood like pine is much more affordable compared to hardwoods that tend to be more colorful and expressive.

Plus, pine is actually more forgiven for your knife blades since it won’t dull the blade as fast as hardwood like maple or oak. However, appearance-wise, most homeowners would avoid pine like the plague in favor of a more exotic and unique-looking wood-like acacia or teak. After all, we all know what pine boards look like.

What about something more exotic like black walnut and olivewood in combination, which has a striking dark and light wood grain appearance to it? A solid teak butcher block to be installed for a kitchen island runs about $1,000 at The Home Depot, and is only 6.6 feet by 31.5 inches and 1.2 inches thick. While this does not include maintenance costs and installation expenses, you get a good idea of what you can look to spend at the store in the US on a ready-made butcher block.

Plus installation costs and you can easily see where the average homeowner spends $3,500 on a kitchen butcher block island remodeling project. 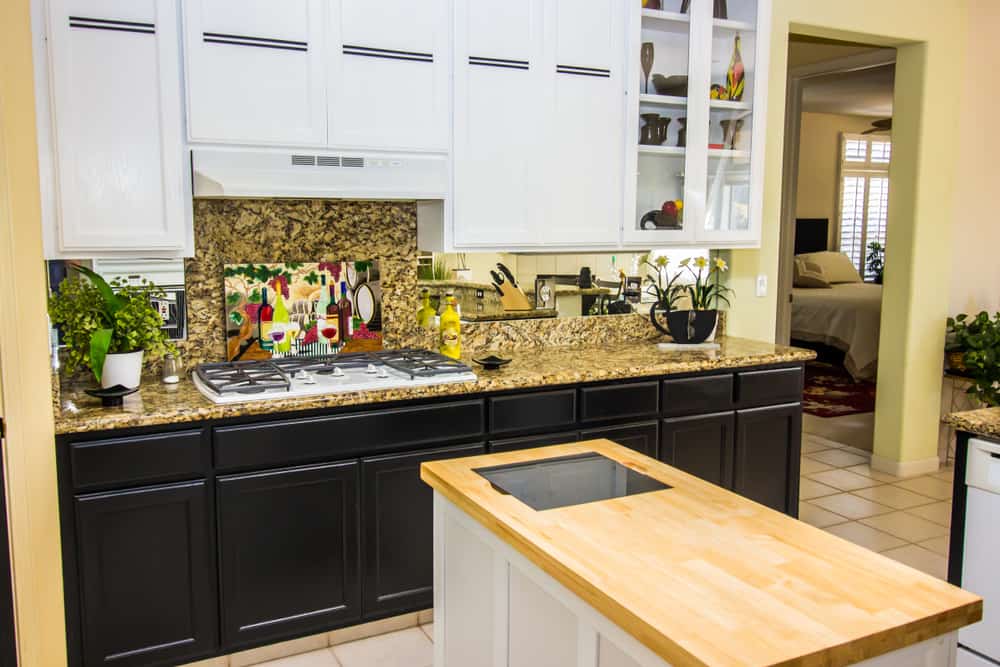 There are times when the butcher block is the right option, of course. If you are a YouTuber or a food chef who writes your own cookbooks, and takes fancy photos of dishes, then, by all means, get yourself a butcher block on the kitchen island. Just know this island feature is all about the look and not about the functionality.

Therefore, you generally want to avoid using the butcher block unless you are presenting a dish. This will help you maintain the pristine beauty of this butcher block material. That’s the key, anyway, for the photos—is to have a perfect backdrop.

That being said, there are also ways around having an entire kitchen island covered in thousands of dollars of butcher block. Simply pick up a chopping blockboard or carving board platter made from similar wood as a butcher block. These butcher boards by 1st Dibs feature a Danish style and teak wood.

See also  What is a Modular Kitchen? Pros? Cons? History

This would be ideal for someone interested in the Scandinavian aesthetic or the Nordic style. You can choose butcher blocks that best suit your fancies, such as a cheese butcher block or a serving tray for desserts. The sky’s the limit this way, and you can easily store your unused butcher block serving counters away when out of use.

This protects the integrity of the wood, which will expand and change its coloration when in sunlight and water. This is key to making a butcher block last for ages. After all, this is an investment with a heavy price tag, so you want to make the most of it.