The apartment is located on the north side of Beijing and occupies the last two floors of a townhouse. The house is around 300 sqm and has a special feature of a big rooftop terrace.

On the first floor, the design aimed to open the entire floor to a big living space. The existing staircase had been demolished, partition walls had been removed and several structural walls had been perforated to improve the movement between different functional areas.

The space is zoned by build-in furniture, creating rooms without the need for solid partition or doors.

The result is a continuous space flow between the living room, entrance, dining room, kitchen, and playroom. To further lighten the space the new staircase, as well as the landing on the second floor, are made in perforated white steel panels. The permeable and bright surface of the staircase let the natural light from the west double-height windows to penetrate into the house. During the late afternoon, the play of light and shadow of the stairs creates a special atmosphere inside the apartment.

The color palette of the house reflects the energy of the young family living there. The floor and the ceiling are two parallel, horizontal surfaces in cement in between which different colorful elements are inset: the yellow walls give an energetic environment to the house. The kitchen island, the playroom and the platform at the base of the staircase in colorful terrazzo play with the pure white built-in furniture and few elements in turquoise blue echoes the color sparkles of the terrazzo.

On the second floor, the layout accommodates two 2 bedrooms, 1 primary bedroom, 2 bathrooms, and a laundry area. A big terrace is connected to the corridor and to the primary bedroom.

The primary bedroom has a large wooden niche for the bed leaving a spacy area in front of the large windows. The bathrooms are defined by colorful terrazzo floors and white cabinets.

On the 3rd  floor of the house, a small studio is placed at the end of the staircase near the entrance of the large rooftop terrace.

Based in Beijing and Berlin, MDDM STUDIO develops architectural and interior projects in mainland China and in Europe.

It has received international recognition and awards. MDDM STUDIO works have been published in the most important magazines or websites and exhibited at Venice architecture biennial.

MDDM STUDIO’s most recent project has been published in the magazine such as AD China, Elle Decore China, Frame international, or in the most visited website dedicated to design and architecture such as Archdaily.com, Goood.hk, designboom.com.

Good.hk has nominated MDDM STUDIO among the 20  promising young design offices in China from 2017. In 2018 MDDM STUDIO has won ICONIC Awards BEST OF THE BEST 2018 of the German Design Council and has been selected in the China Interior Design Annual 2019 by Elle Deco China.

In 2019 MDDM STUDIO has been nominated among the 100 most influential Architects in China by Architectural Digest China (AD100) and picked by Dezeen.com as one of the “10 Chinese interior designers worth knowing about”.

House on the Great Wall has been Shortlisted in Dezeen Awards 2019 among the 53 best building of the 2018-2019 and has won the Silver Award at Design for Asia Awards in Hongkong in 2019.

Margret Luise Domko (1981) is a German architect graduated at the University of Applied Science in Rosenheim in 2004. Her thesis project about the AbspannwerkWilhelmsruh in Berlin won the Hans Heinrich Müller Prize.

Since 2003 she was working for several architectural practices in Germany, New York, and Beijing.

In 2011 she started working for standard architecture and became a partner associate in 2012 before co-founding MDDM STUDIO.

During her carrier as an architect she has participated and won several international competitions in Germany, the USA and China working with a client such as Novartis and Soho China.

Margret leads numerous projects from concept to the construction phase. This gives her a broad and deep experience of the design process and sub-sequentially the ability to manage ambitious projects in every stage.

He graduated with maximum marks and special distinction with a thesis on new urban typologies for emerging countries at the University of Florence.

He started his carrier as architect collaborating with Studio Archea in Florence and since 2008 in Beijing, China. In 2010 he became a partner associate of Archea as director of the Beijing office.

He co-founded MDDM STUDIO with the aim of working in China, Germany, and Italy with different scales of projects including office building, residential housing, and public buildings.

Besides the practice of the studio, he participates in forums and conferences organized by institutions such as the Chinese Ministry of Housing and Urban-Rural Development or the Italian Embassy in China. He regularly lectures at universities or cultural institutions. 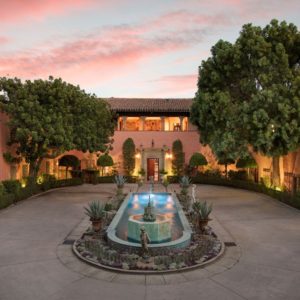 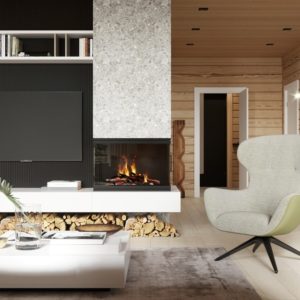