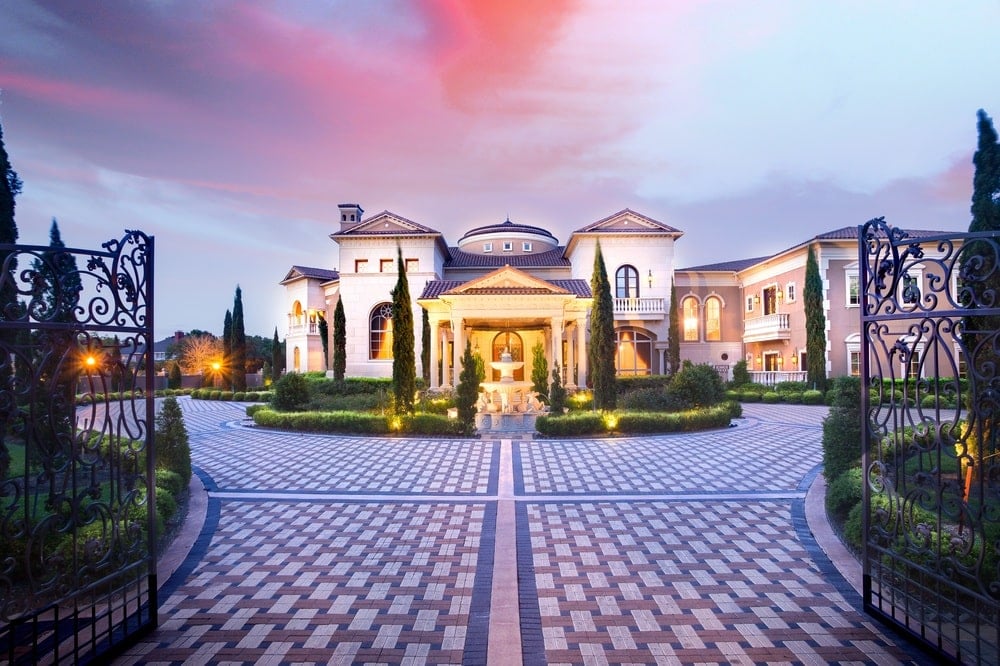 A newly built mansion palace in Sugar Land, Texas, a wealthy bedroom community enclave of Houston. A part of the planned First Colony golfing community, this mansion is now on the market priced at $12.8 million.

The mansion is measured at 19,180 square feet on 1.7 acres of land. It has nine large bedrooms, fourteen luxury bathrooms, a two-story ground floor master, a stunning large theatre, and rooms for every purpose. The exterior has a large terrace, outdoor kitchen, pool, spa, and lush landscaping along with a 1,289-square-foot, four-car attached garage.

The Sugar Land, Texas mansion in the planned golfing community of First Colony is listed by Homes and Rentals under Houston Realtors Information Service, Inc.

It’s true that royalty or royal wannabes no longer must search abroad for their next palace since many are now being built in the United States. We see new ones popping up every week, but these aren’t the palaces of old with the dark, damp passageways and drafty great halls of yore. The new brand of the palace is also outfitted with every conceivable amenity from active to spectator entertainment to state-of-the-art security systems to unparalleled private personal luxury with elegant space enough to hold large political fundraisers.

Builders of the modern palace have shopped the world for the most exquisite materials, finishes, and furnishings and, in a new twist, now try to outdo all the rest in quality of craftsmanship. These modern palaces are found on the outskirts of America’s wealthiest cities where the uber-wealthy feel safe in parking their money and where these sultans of industry might enjoy living and entertaining while visiting their corporate headquarters.

One of the most recent modern-day palaces to hit the market is in none other than energy-propelled Sugar Land, Texas, a wealthy bedroom community enclave of Houston, which has been making almost every best-place-to-live/worklist published in the last decade. From its humble beginnings as a sugar plantation, it is now home to many elite energy-related corporate headquarters. With the cleverly designed planned communities bordering the active business sections, commutes are just a matter of minutes, vastly increasing the quality of life for its residents.

Now awaiting its next buyer is a palace in the First Colony planned golfing community on a street with other like-minded grand properties, fit for a true Royal, whether a prince of industry or blue blood of title. It’s a mansion so grand that a ball could be held in its three-story foyer under its two-story crystal chandelier and around the fountain under the dome of stained glass clouds.

But it’s not just the public rooms and rooms for entertaining, even the elaborate kitchens are graced with rare Brazilian blue granite countertops, though not surprising considering the quality of all materials used in the mansion, including French plaster and gold leaf. At 19,180 square feet on 1.7 acres, the massive home has nine large bedrooms, fourteen luxury baths, a two-story ground floor master, a stunning large theatre, and rooms for every purpose, all in grand proportions.

The exterior, also designed for large-scale entertaining, has a large terrace, outdoor kitchen, pool, spa, and lush landscaping along with a 1,289-square-foot, four-car attached garage. For more information.

Befitting a prince of Industry, Sugar Land, Texas mansion in the planned golfing community of First Colony, is priced at $12.8 million. 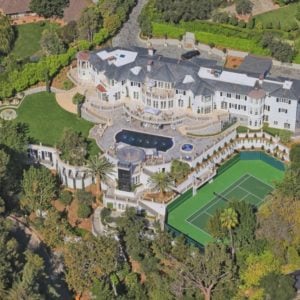