This is the story of Etsy, the online marketplace for vintage, handmade and unique goods. We feature its beginnings and continuing journey as an e-commerce site.

Etsy is an online shop for handmade and vintage items and supplies as well as unique factory-manufactured products. It defines vintage items as more than 20 years old. The online marketplace also serves as a place to connect people from across the globe both online and offline through buying and selling of products.

As of 2016, the company has 1.7 million active sellers and 28.6 million active buyers. Etsy has gone from an idealistic niche craft-seller marketplace with a B Corp certification to an IPO in 2015. The company has recently undergone a change of hands but its shares have more than doubled in the past year. Its market cap jumped to $1.4 billion. 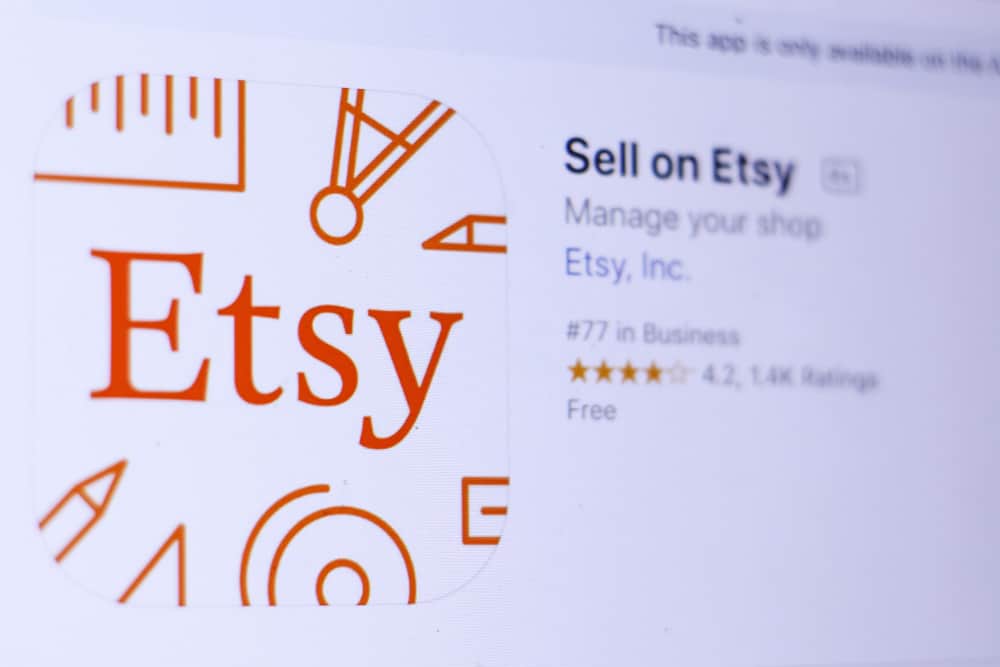 Not until Etsy came around, new businesses without an established reputation or clientele had difficulty selling handcrafted or vintage items. The online e-commerce website offers a clearinghouse for handcrafters, collectors and entrepreneurs to open a store and sell their products online. Etsy opened a new portal in the handcrafters’ market with opportunities for sellers to open custom storefronts and participate in sales like an open craft fair with an online platform. Sellers are charged a listing fee of .20 per item. Eligible listings include vintage items off 20 + years of age, handmade and manufactured craft items, craft supplies, equipment, jewelry, clothing, food, bath and beauty products, photography and art pieces.

Robert Kalin, Haim Schoppik, and Chris Maguire are three entrepreneurs and friends who founded Etsy. The trio developed the first version of Etsy in 2005 in the space of two and a half months and officially launched the website in the same year.

See also  The History and Rise of Pier 1 Imports

How Etsy got its name

According to Kalin, he was looking for a unique brand that was built from scratch. The word Etsy is taken in three languages. In French and Latin, it is interpreted as “what if.” In Italian, it’s a variation of eh si, which means “oh yes.” Kalin said he chose the name because he “wanted a nonsense word.” By doing this, potential customers would not have formed associations with the name and it would strengthen the brand. 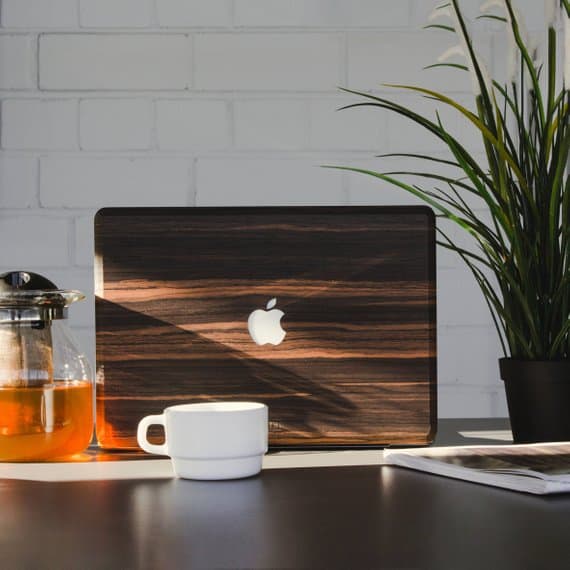 Kalin himself was an amateur furniture maker and he had difficulty marketing the wood-encased computers he produced. He formed the idea that a group of sellers would generate more interest from potential buyers than people trying to sell handmade items on their own. One seller who was thrilled with the storefront and collective power for store owners referred to the new site as “a godsend.”

Rapid Expansion came at a price 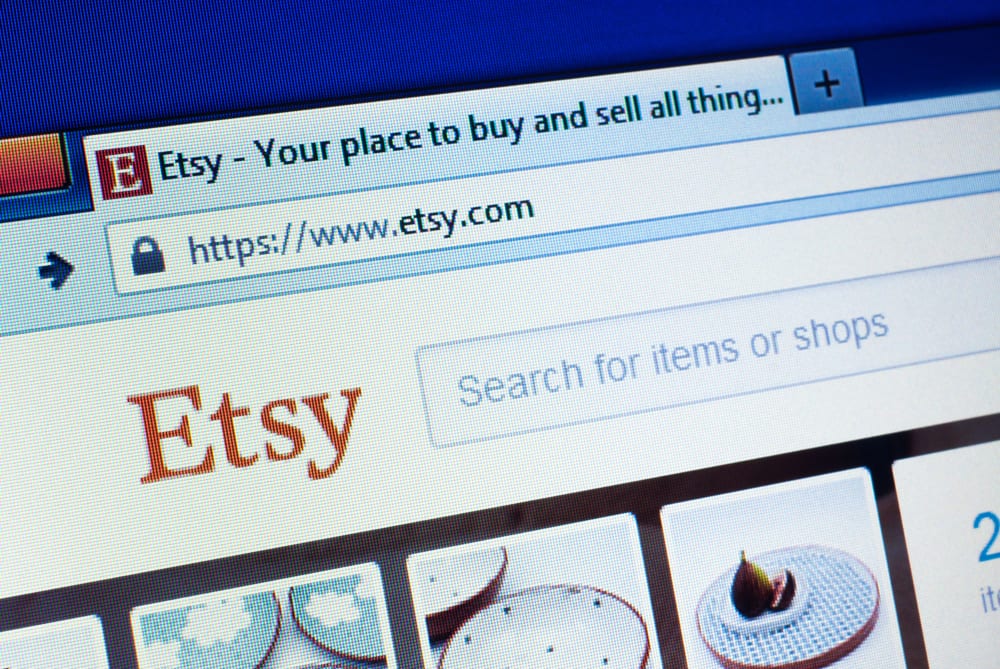 New startups begin with the expectation that revenues will go back into the infrastructure of the company, for overhead expenses and expansion. Etsy drew large numbers of registered members, both sellers and buyers in the first two years after launching. By May of 2007, the company had surpassed $1.7 million dollars in sales and by the year’s end, more than 2 million items with $4.3 million dollars spent by buyers had moved through their system. Still, the business was not yet turning a profit due to the large overhead with site maintenance, employee costs and technology enhancements required. The company employed 20 engineers because of their demand for excellence in engineering and optimization of the site. In 2011, under the leadership of CEO Chad Dickerson, the engineering workforce was increased to 70 staff, which comes at a high cost.

The founders of the company needed additional funding to implement the technology and systems necessary to make the site run efficiently and conveniently. They received investment capital from Union Square Ventures, Albert Wenger, Sean Meenan, the founders of Delicious and Flicker and Judson and Spencer Ain.

Prior to Etsy’s launch, Kalin secured $50,000 and within six months of startup, the group had another $100,000 supplied by a couple of real estate investors Kalin had become friends with. This was just the beginning. Executives developed relationships with funders that helped in securing a total of $40 million in Series F funding in May of 2012. These funds were designated for the company’s plans to expand into the international markets in Australia, Germany, and France. Investors in this round were led by Index Ventures along with Accel Partners, Union Square Ventures, and Burda. 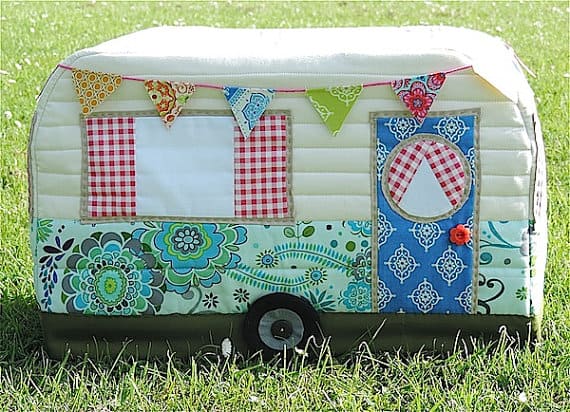 A decision was made to change the basic rules for sellers by including factory-made goods in the handmade definition, as long as they were unique and of good quality. This move helped Etsy to increase its sales and led to greater profits. The company was able to “capture the mainstream by tapping into more scalable, sustainable growth.” Etsy also cut spending to decrease its overhead expenses.

One of the reasons that Etsy achieved such remarkable growth early in its infancy is because sellers took the initiative to advertise their stores on social media networks and with friends and family members. This brought more people to the site, and many of them registered as users who sold and purchased goods. Word of mouth is a marketing tool that is effective in community-based online businesses that offer peer to peer support, like Etsy’s format.

Three years into its existence, Etsy had grown to fifty staff members with 120,000 registered sellers in 127 countries throughout the world. By 2010, the Etsy community increased to 5 million registered members with a business valuation of $100 million. By the end of 2014, 54 million users were registered, and sales reached $1.93 billion which translated into $200 million in revenue with 78% of sales coming from repeat buyers. 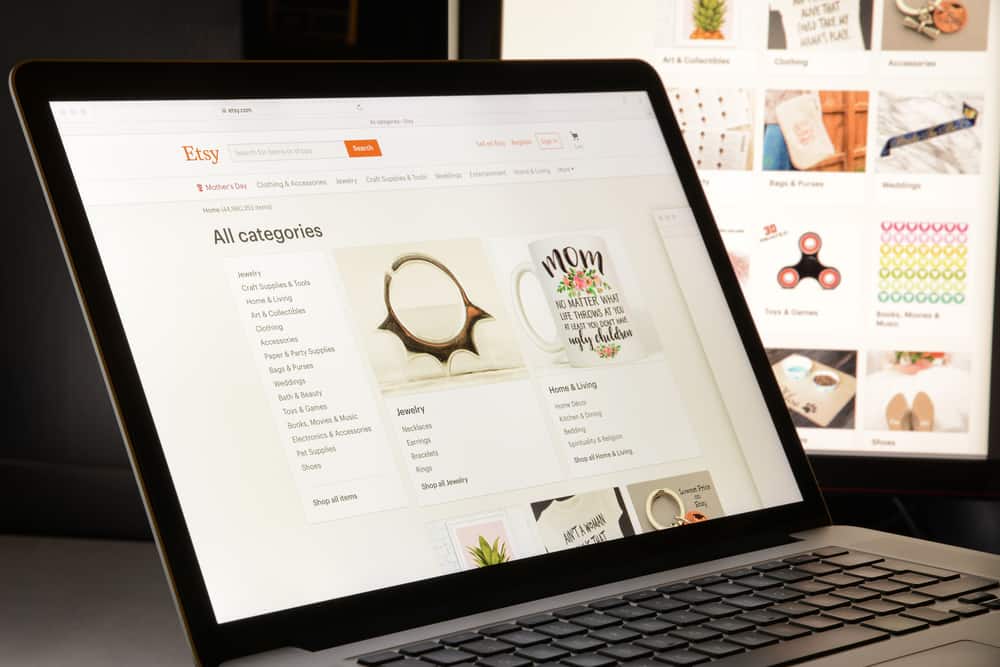 The web-based company relies on technology and website management. Etsy acquired a total of six companies, starting with Adtuitive, an advertising startup based in New York. The agreement was made in 2009, and brought five coders into the team with “deep technical expertise in algorithmic search, machine learning and data interpretation, and advertising infrastructure.” The next company acquired was Etsy Lovers in 2011, securing in-house mobile expertise for traffic management and commerce. This was followed in 2012 by the gain of Trunkt, specialists in wholesale artisanal products Lascaux Co. in 2013, and Little Market a few months later. The acquisitions made by Etsy added important divisions to the operation for growth, expansion, and enhancement of existing services. 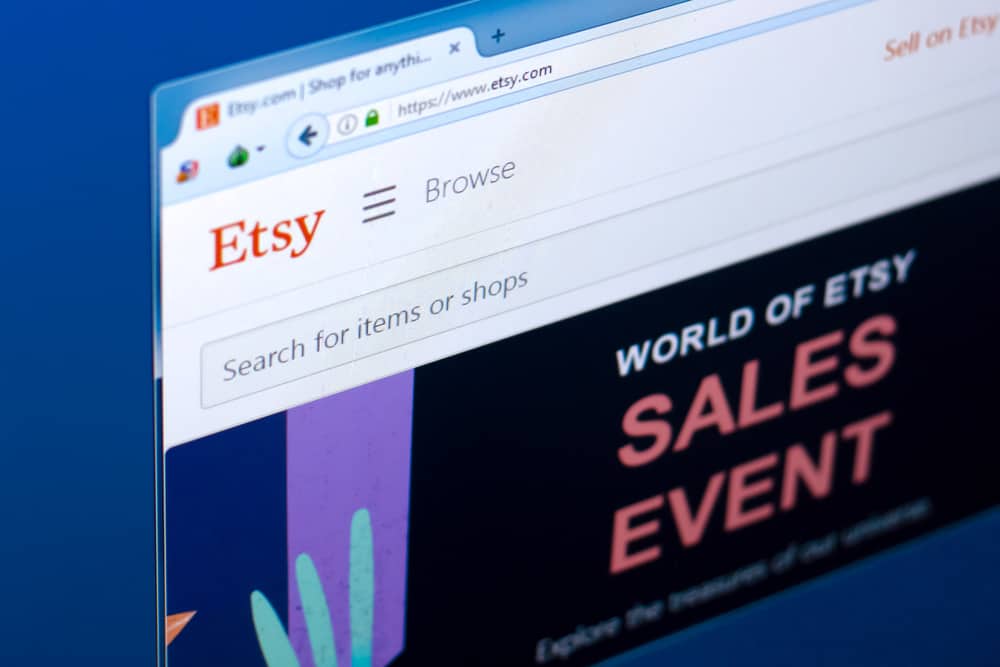 How the company fared against competitors

Etsy’s two largest competitors have been Amazon and eBay. These massive giants easily outsell Etsy when it comes to total sales, but Etsy has the edge of offering unique handmade and vintage items and it dominates a specialized niche in the retail industry that its competition does not. When it comes to listings for handmade items, for example, E-bay lists an average of 3.2 million while Etsy’s average is 6.7 million. Etsy also stacks up well against Amazon because of its unique community core-based selling and buying experiences. Registered members tend to form relationships on Etsy and repeat customers are common.

Etsy operates on a simple business model for capturing revenue. The company charges sellers a twenty cent per item listing fee, plus a commission cost for every sale at the rate of 3.5 %. Etsy also offers a variety of optional services to sellers, for additional fees. These “seller services” include the purchase of shipping labels through the Etsy platform, promotion of listings, payment processing fees, and Etsy also gains revenue from fees that come in from third-party payment processors.

Etsy’s evolution with changes in management 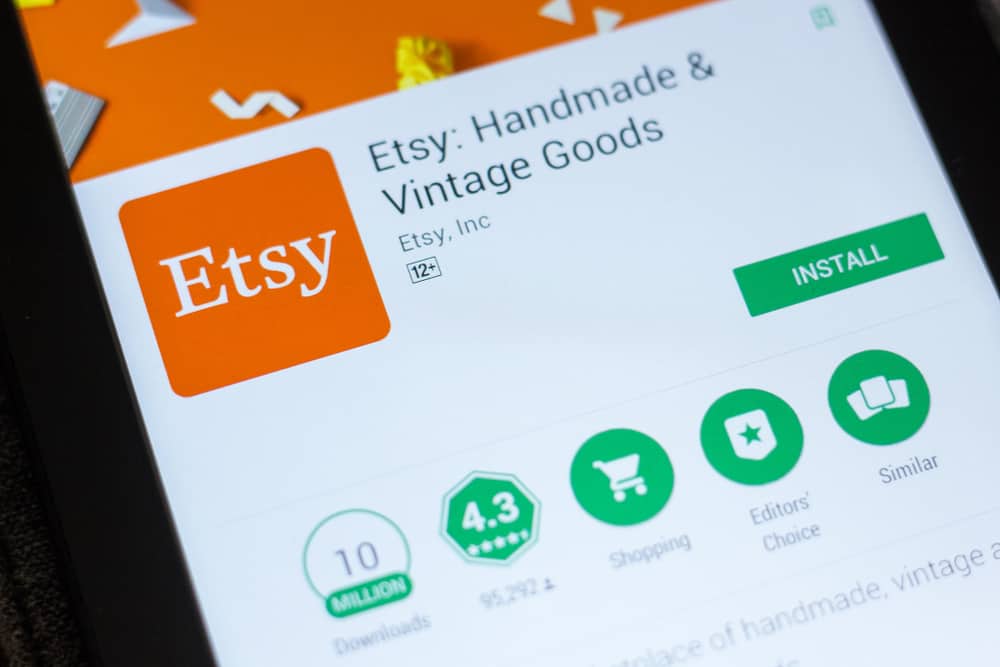 When leadership styles no longer produce the results desired by shareholders and board members, a fresh perspective is sought through the replacement of one executive with another.

In 2008, Maria Thomas was named COO of Etsy, replacing Robert Kalin, a prominent co-founder. Thomas was formerly an executive with NPR. She was quickly promoted to CEO but ended up leaving Etsy by the following year, and Kalin stepped in once again, to take the helm. The year 2008 was when many longtime employees of Etsy left the company. Included in the exodus were co-founders Chris Maguire and Haim Schoppik. According to the pair, the intensity of the job became difficult for the two to manage and they were ready to move on to other opportunities. Kalin would only last with the rapidly changing organization for three more years himself.

In 2011, Kalin was replaced as CEO with Chad Dickerson at the insistence of the board of directors. In his new position of authority, Dickerson pulled the company out of the slump it was experiencing and led the crew into a period of growth. It was under his direction that Etsy went public in 2015, gaining a B certification. Dickerson reorganized the company and set out on a mission to inspire staff to work diligently and increase productivity. Cuts were made to lessen overhead and through his positive reinforcement and business ethos, things did improve to a degree, but it would prove to be less than the board expected. The company was still showing a negative return at the end of the fiscal year. Dickerson did have a positive influence on the company and he influenced a more productive team spirit among staff.

See also  The History and Success of Joss and Main

Dickerson made it clear that human interaction along with creativity and positivity were important values to maintain in the workplace. He believed that Etsy gave members a platform that would allow them to do something meaningful and of value by selling their handmade products. He stated, “At the end of every transaction, you get something real from a real person. There is an existential satisfaction to that.” This offered a reflection on the intention of the founders when they established a meaning-based ethos.

Another change in leadership for Etsy

After 6 years of service, the board let Chad Dickerson go and replaced him with Josh Silverman. Just prior to his appointment as CEO, 80 staff members had been laid off. Silverman was a board member commissioned with transforming the Etsy company. The board’s harsh decisions were based upon a fear that a takeover of Etsy was imminent. Even though the 2015 year showed $88 million in revenue, the balance at the end of the year showed a $2.5 million-dollar loss because of increasing expenses. Under Silverman, revenues rose by 50% and the financial picture was looking better. The work environment had changed from a place where the staff was free to discuss their feelings to one that required holding in feelings because the tone of the company had changed completely.

The Etsy company has gone through a variety of leaders and changes in management, but in the end, it maintains many of the same corporate characteristics established with the original founders. The main goal of the business is to provide opportunities for artisans, both professional and amateur, to use their creativity and sell their handmade items. The sense of community among members is still strong, and the company values still include a commitment to providing excellent services for buyers and sellers.

See also  The History and Rise of Pottery Barn 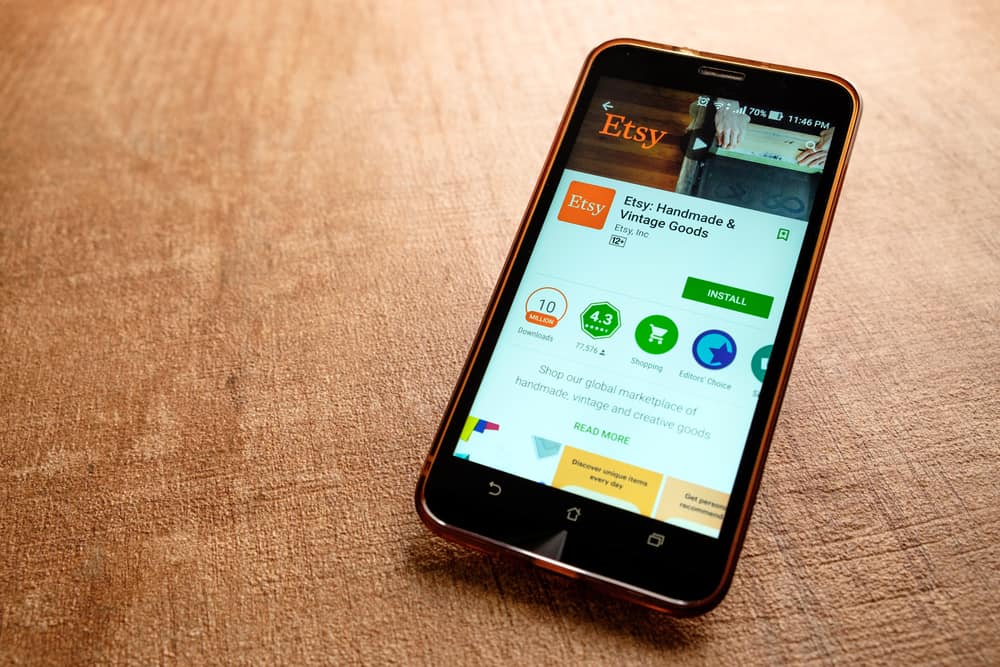 In 2016, Etsy acquired Blackbird Technologies and gained a software development team for implementing AI software in search applications and shopping. As new technologies are developed, Etsy’s management stays informed and updates the systems as needed.

Etsy is still a young company and it continues to provide a useful platform for artisans to express their creativity and earn a profit from their handmade goods. It has become one of the best resources on the internet for members to set up a storefront and earn money through their own customized online store.

Where will Etsy go from here? It is likely to grow and expand under the current leadership because it is moving in a positive direction with a current valuation of $3.5 billion.