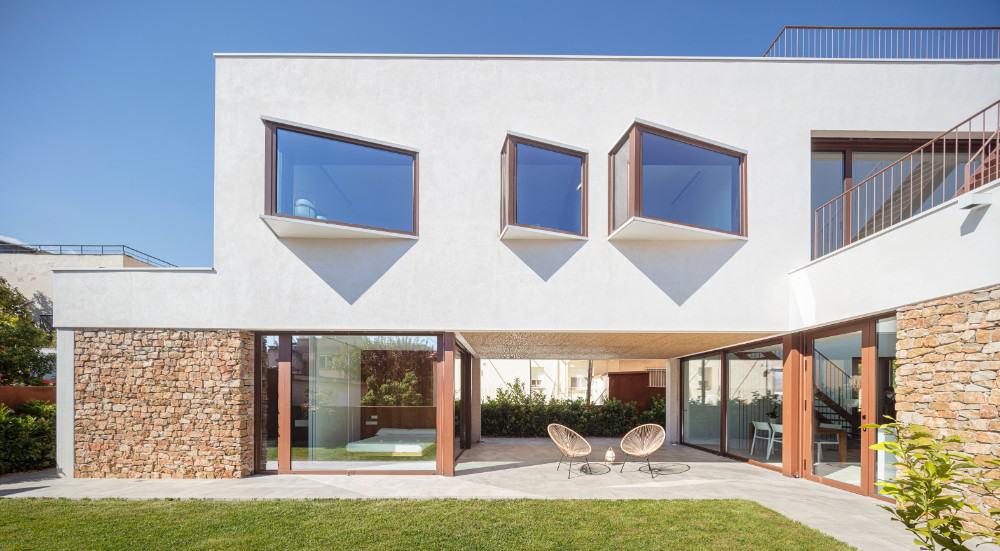 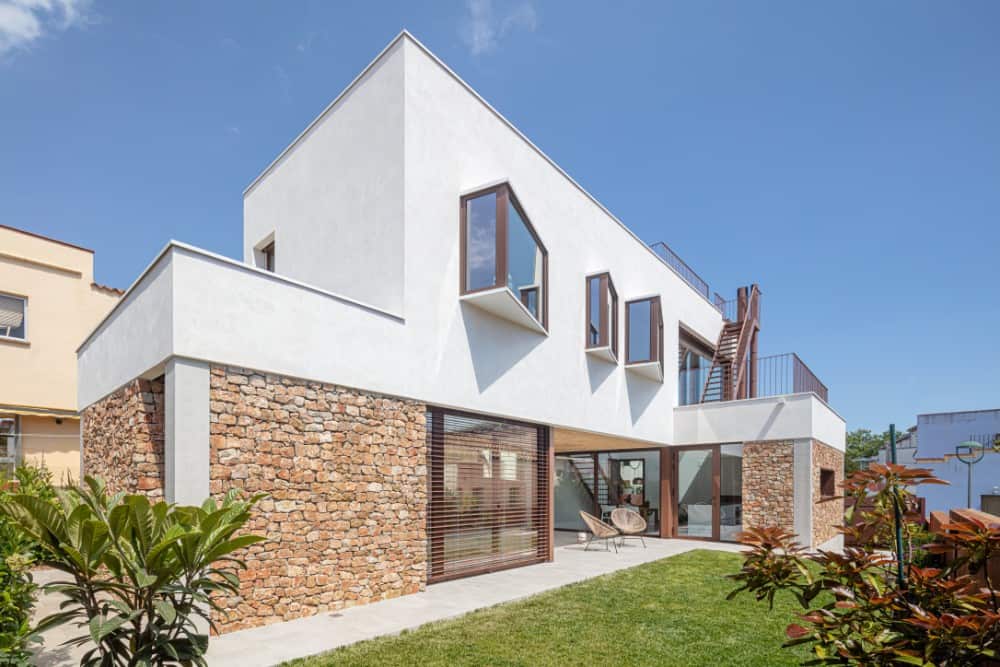 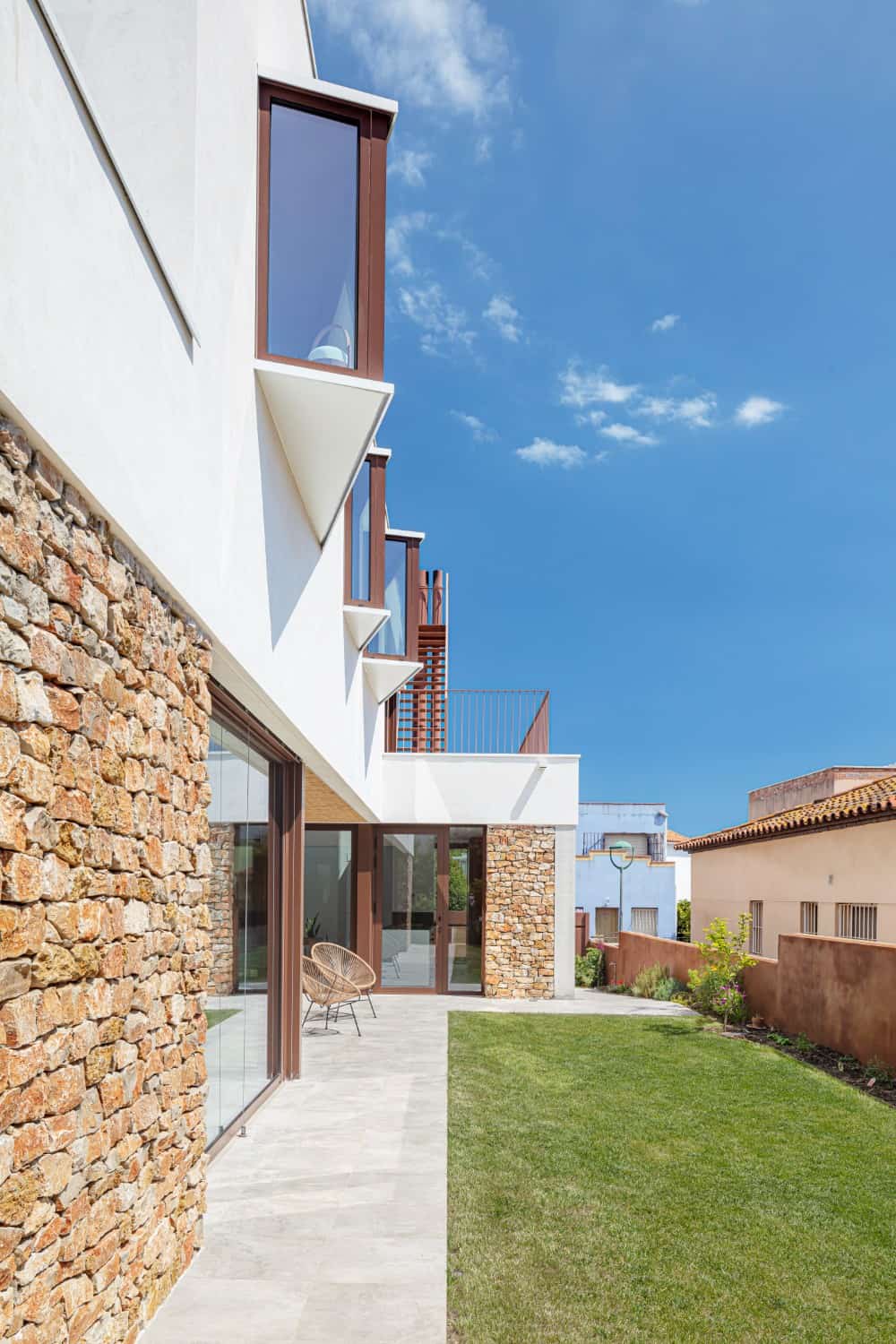 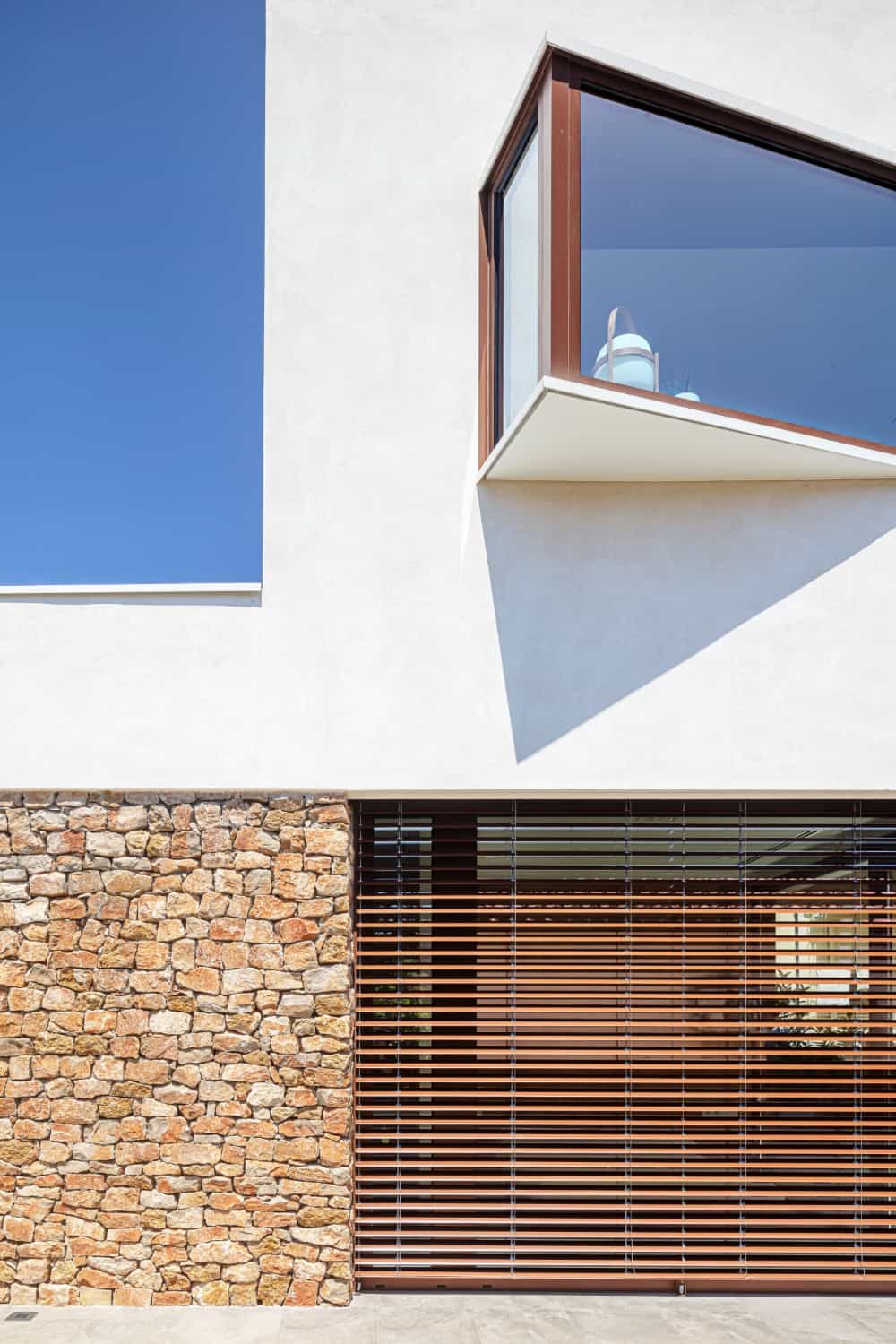 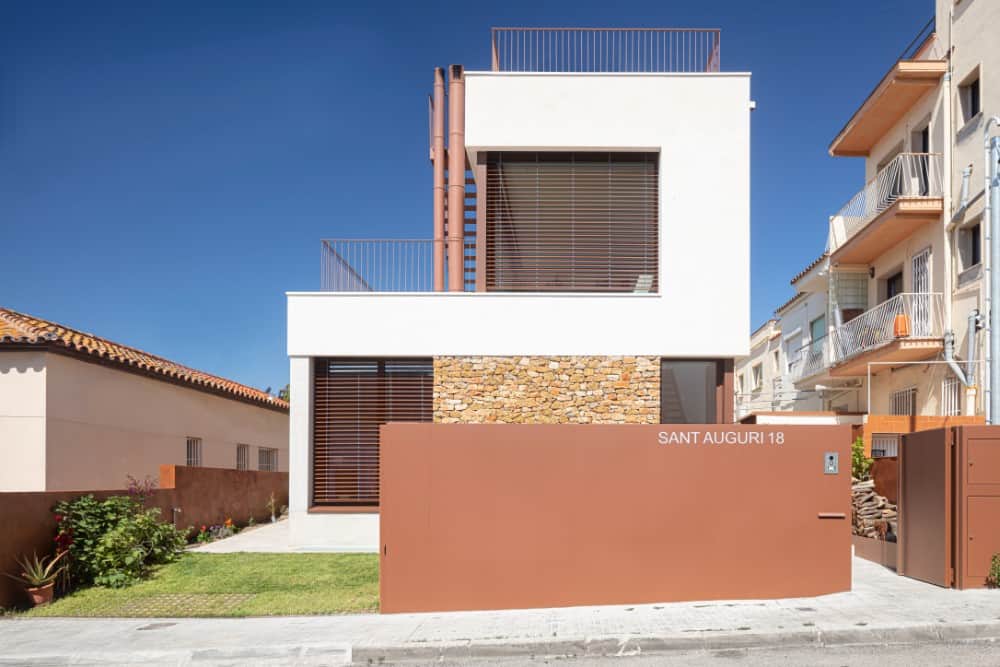 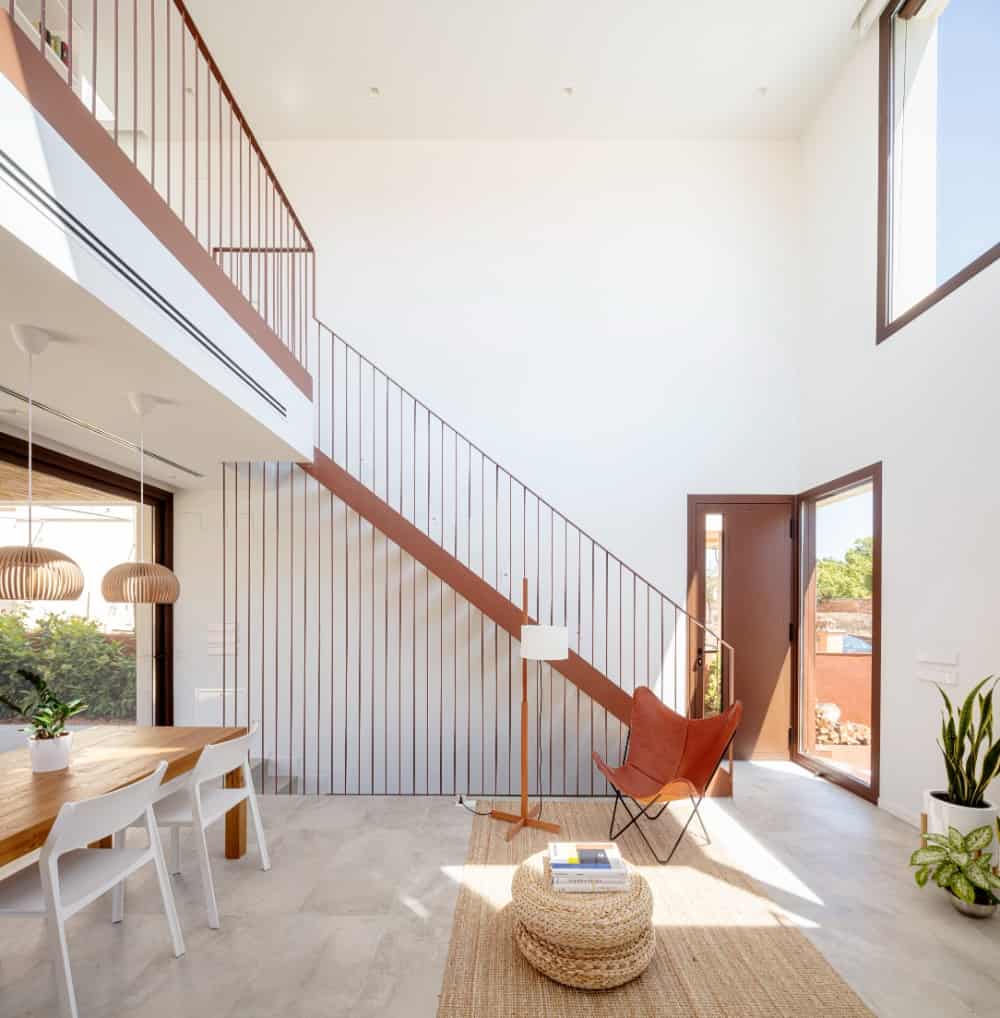 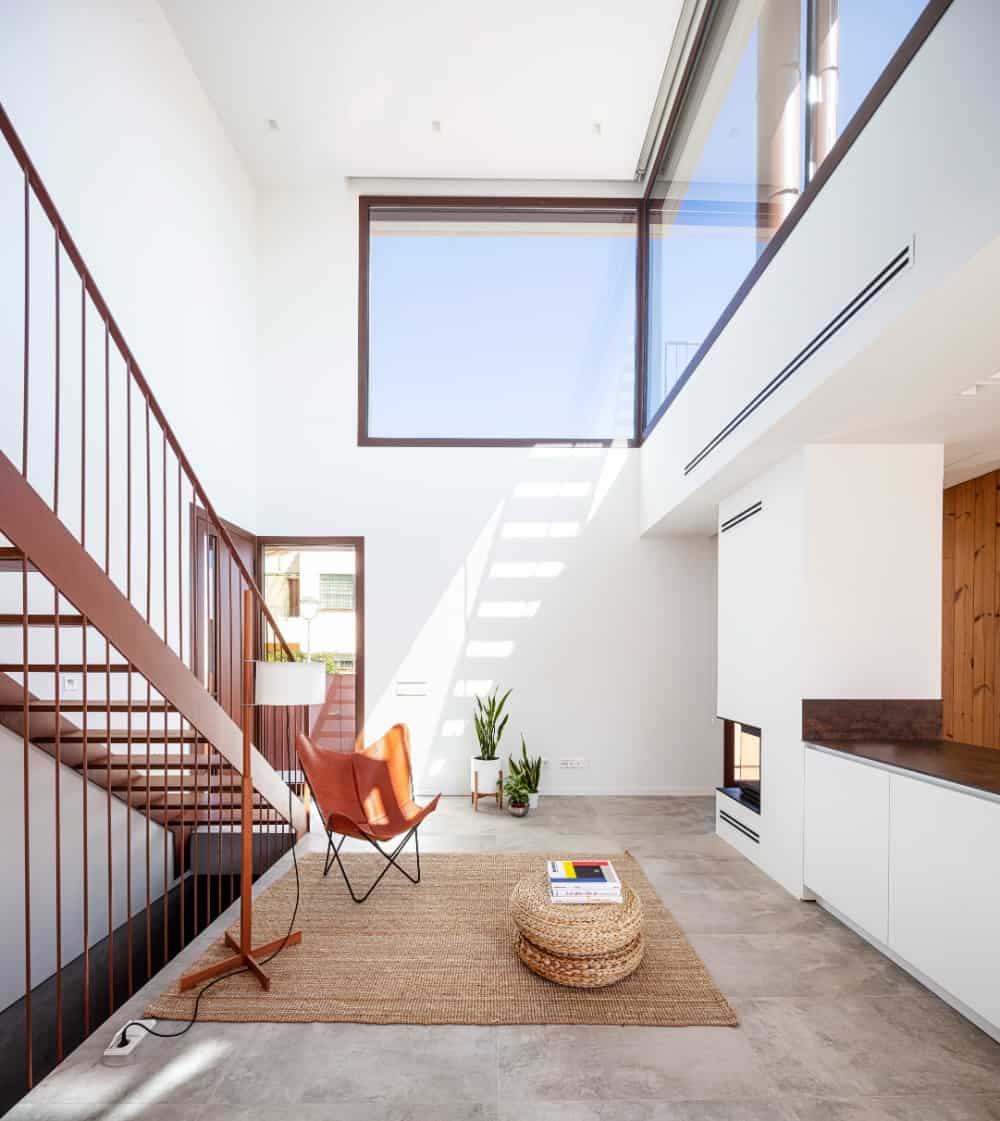 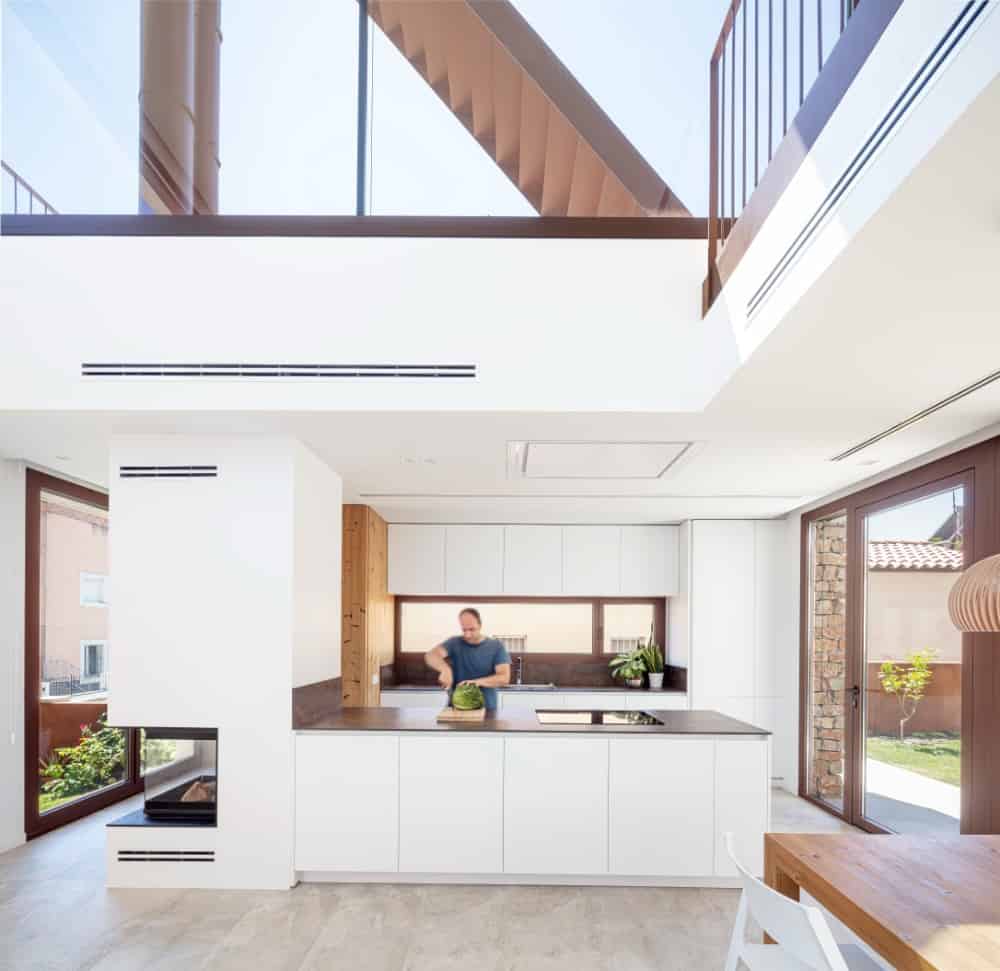 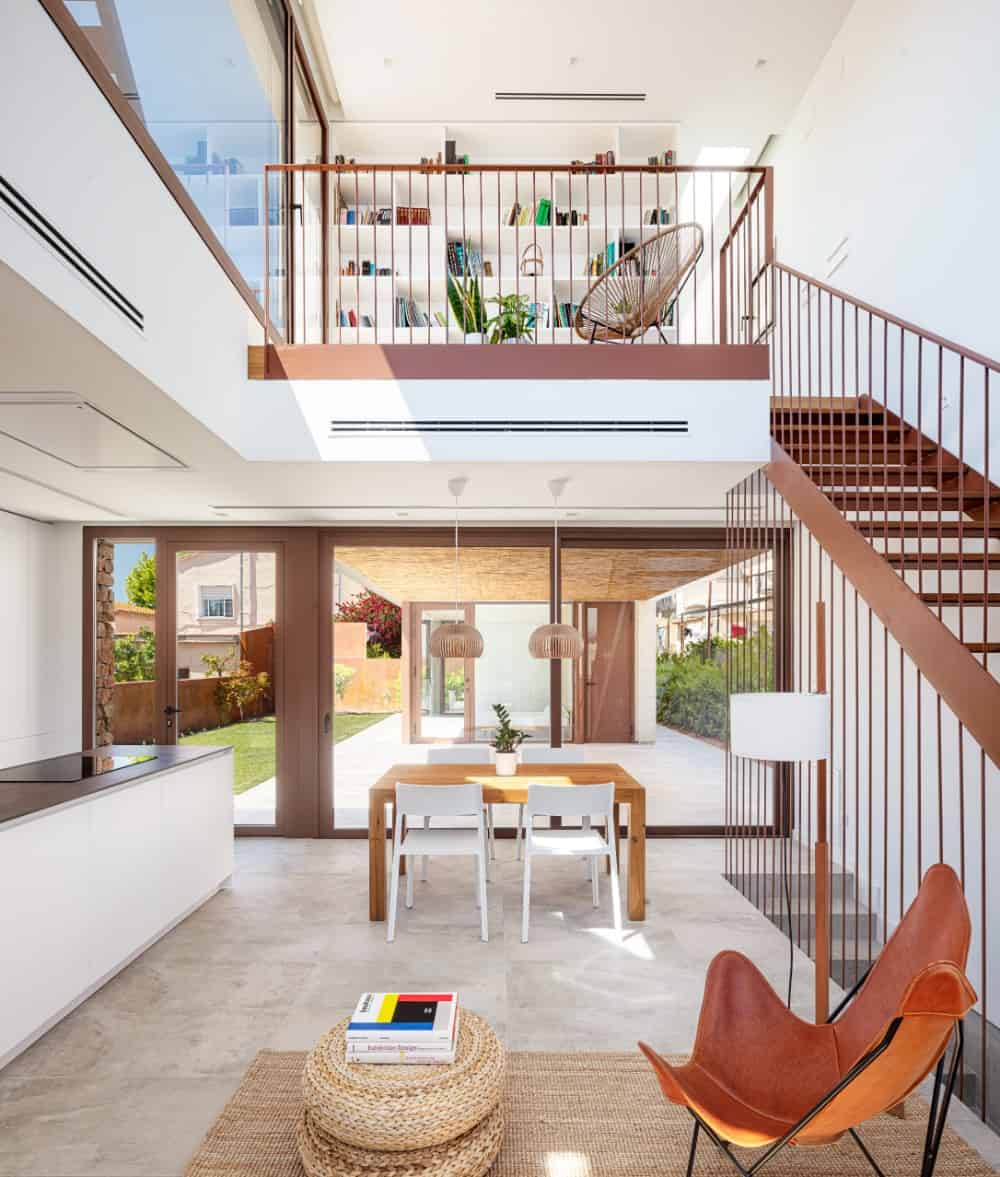 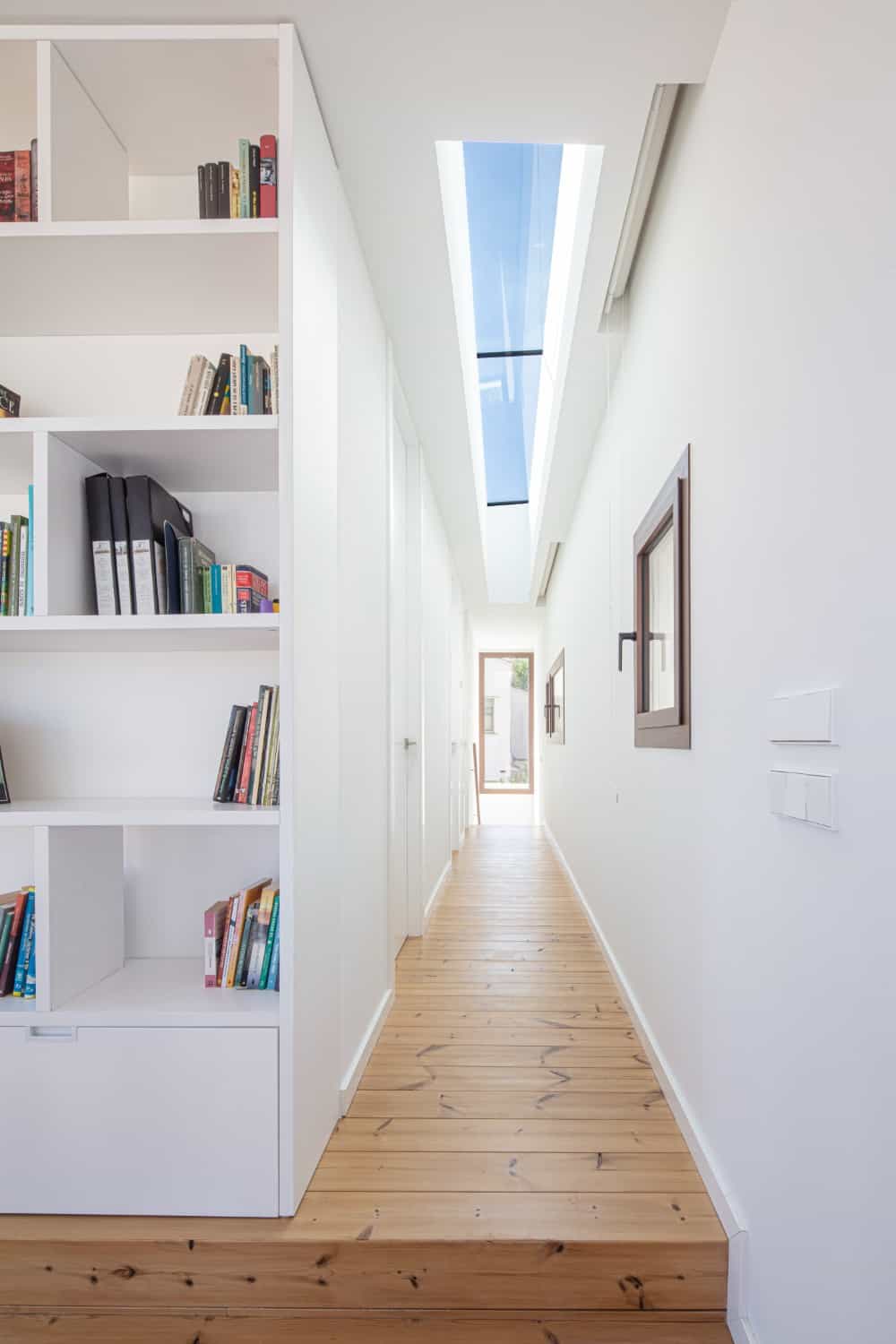 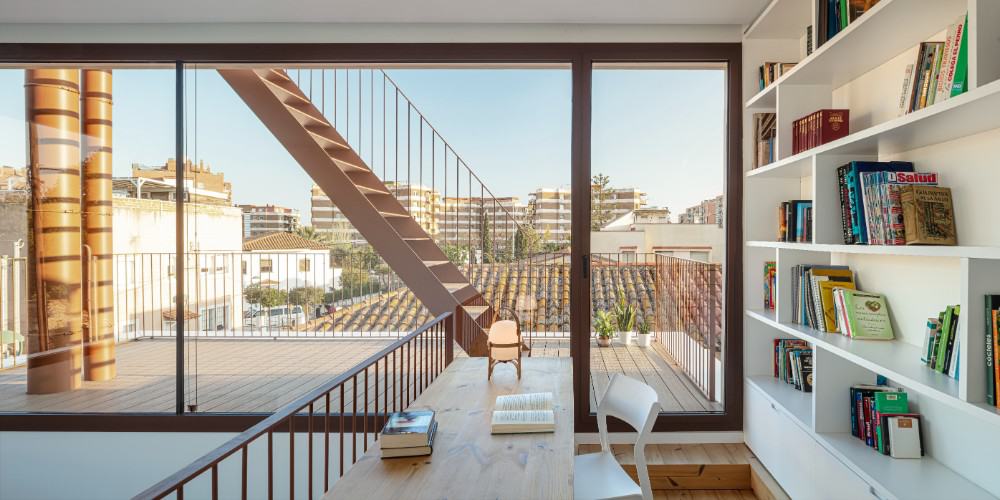 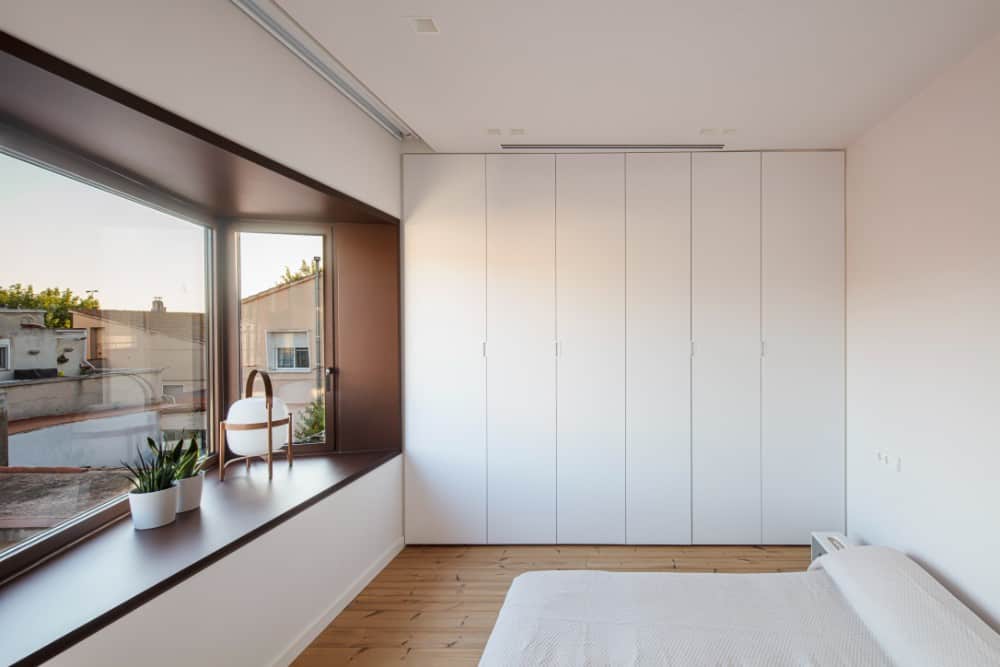 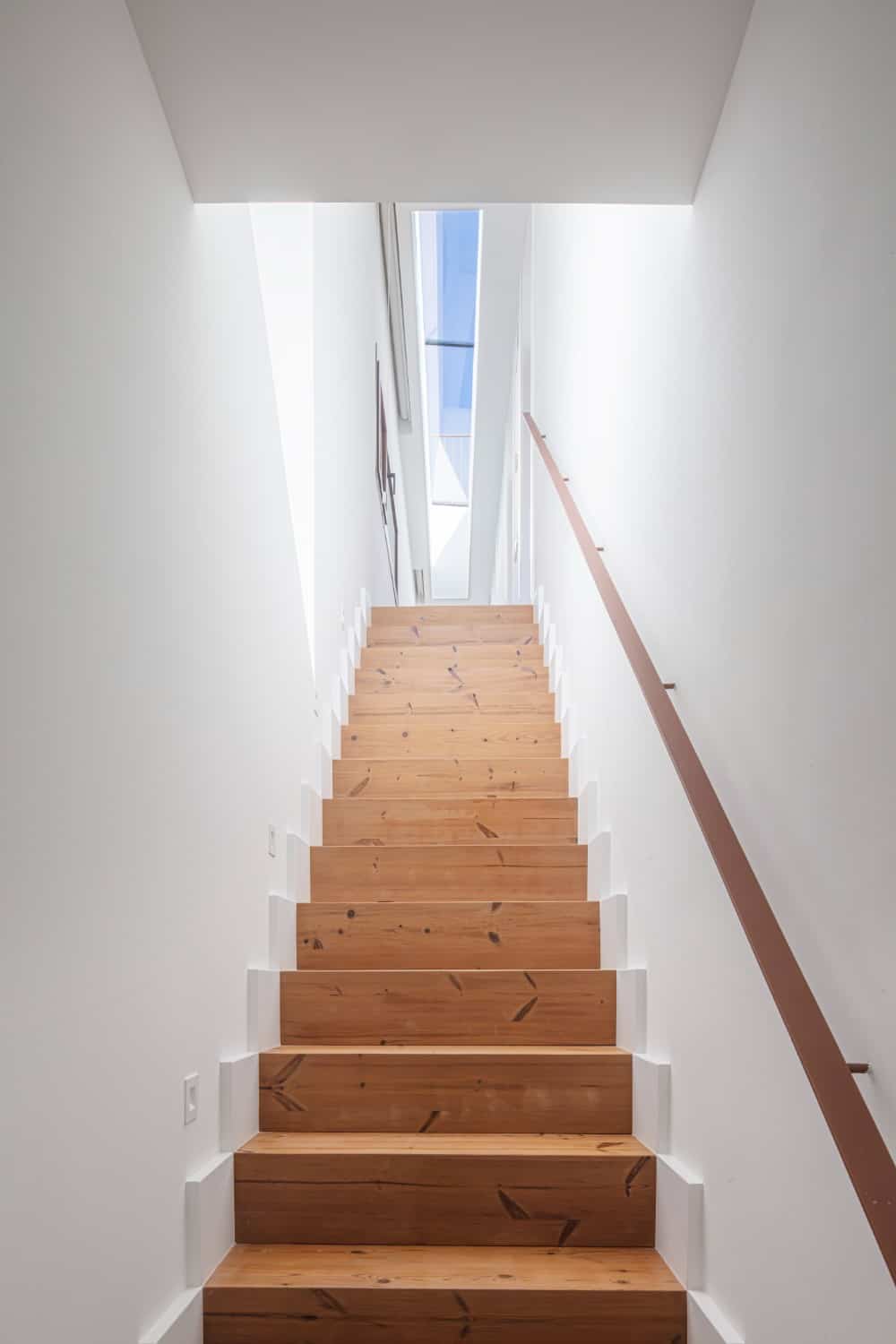 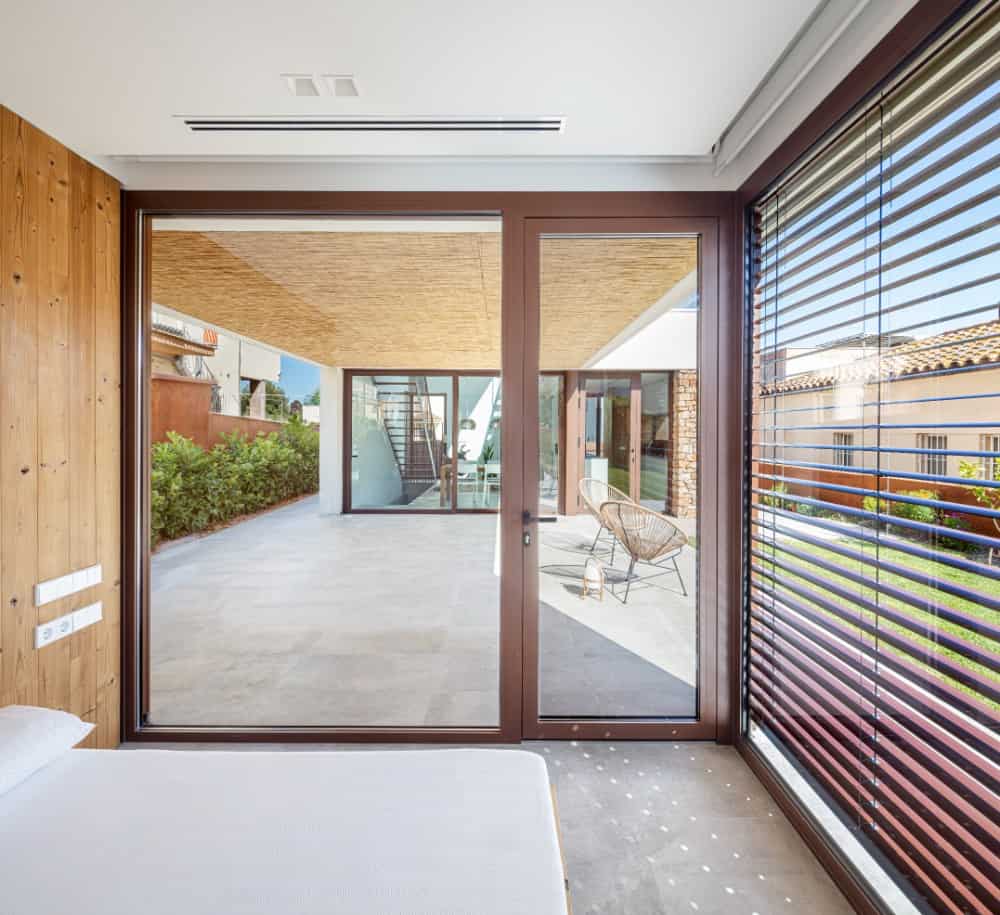 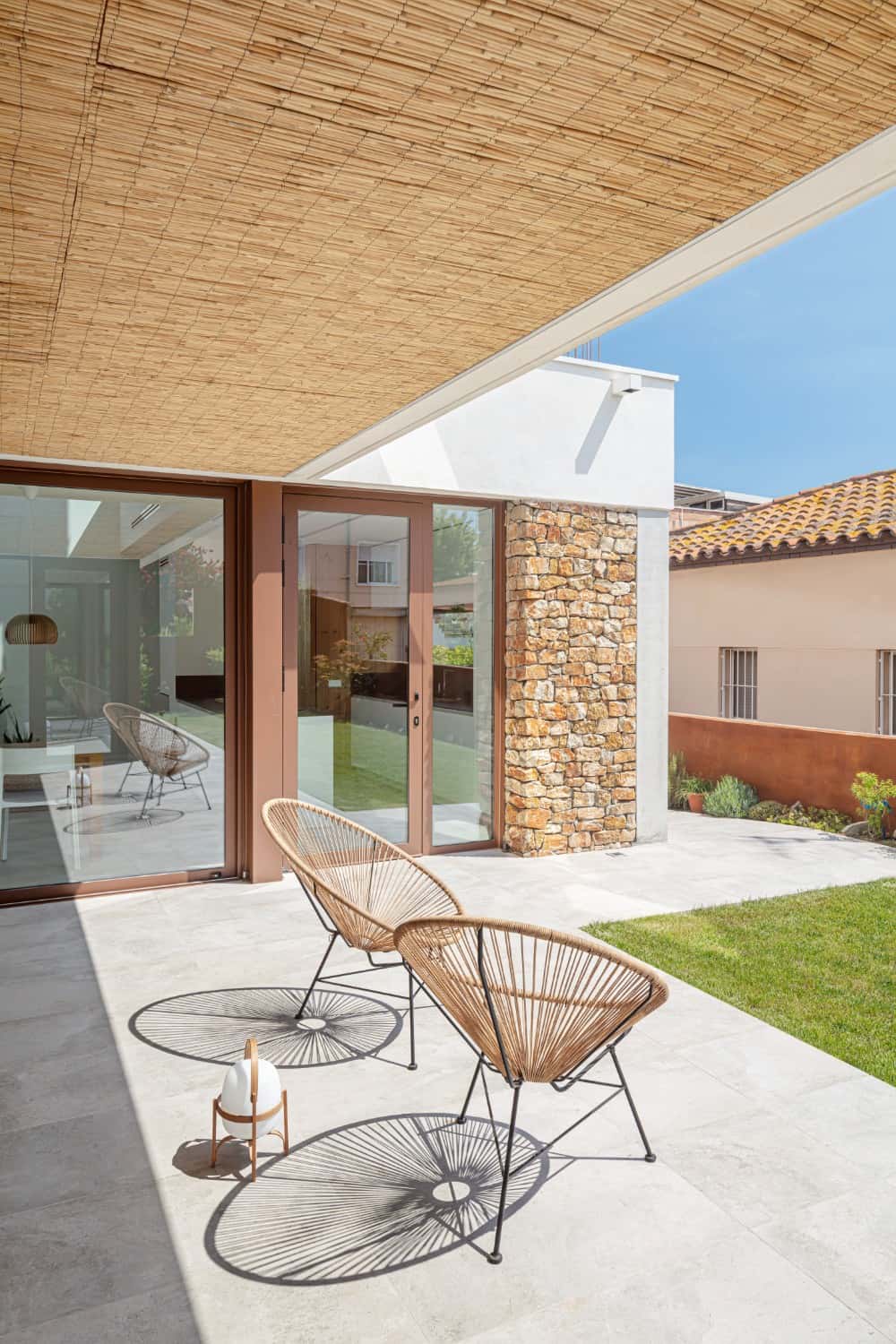 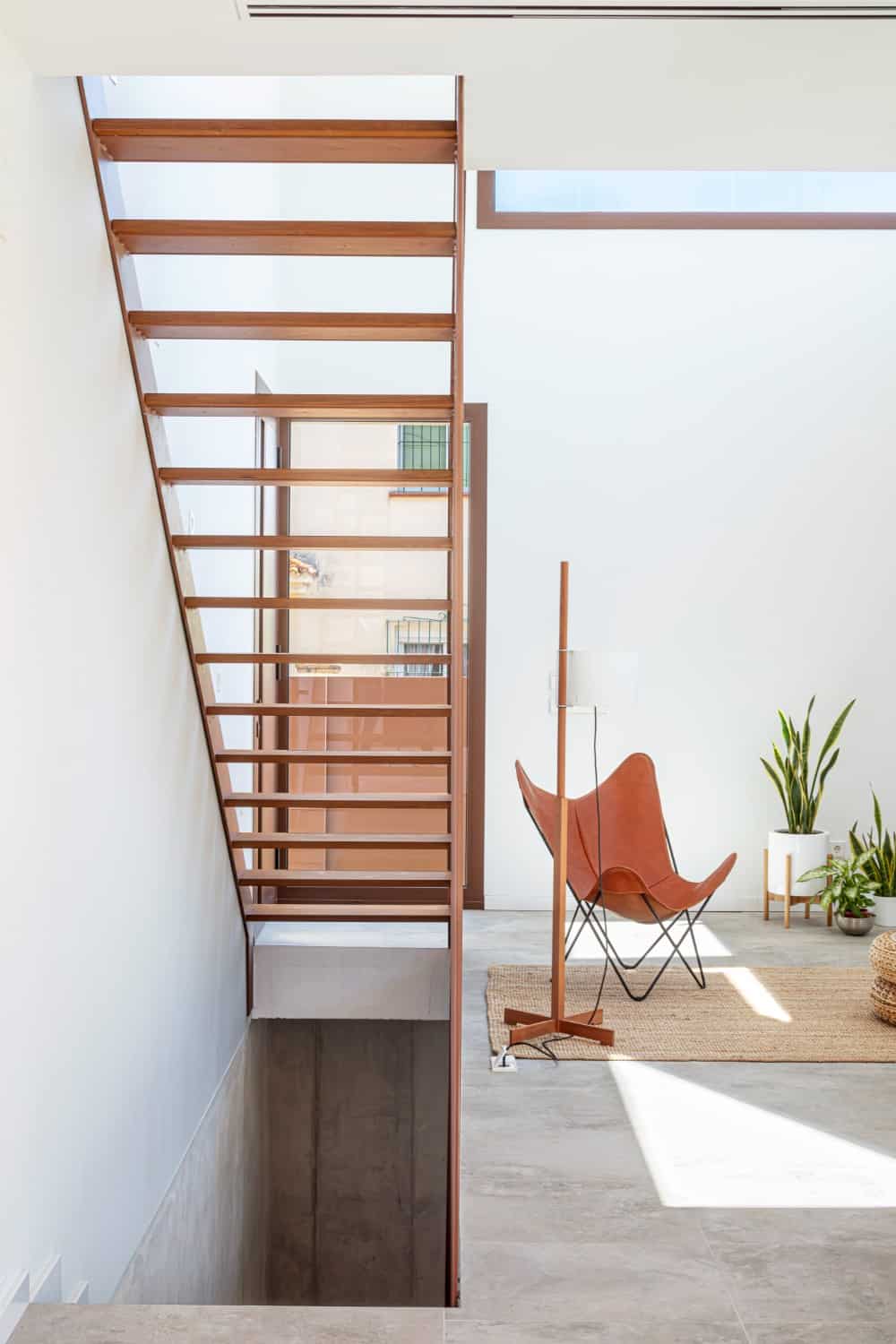 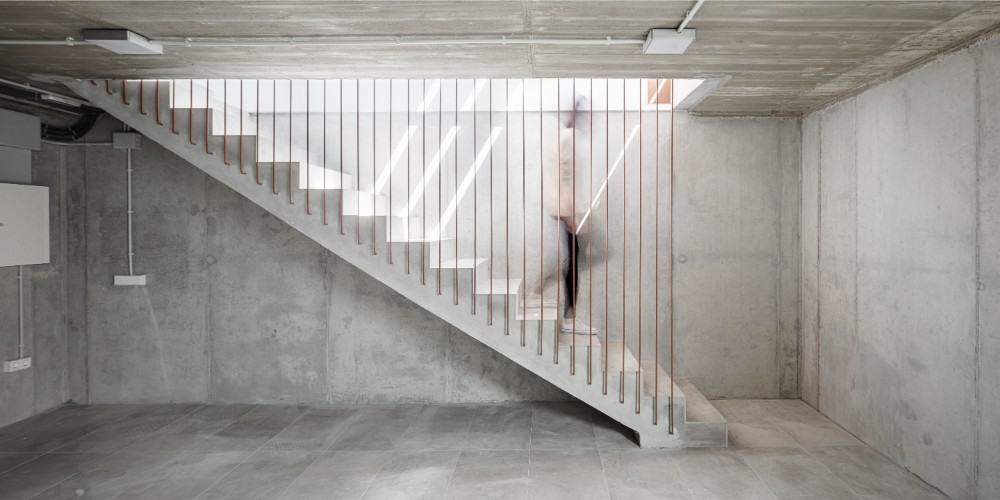 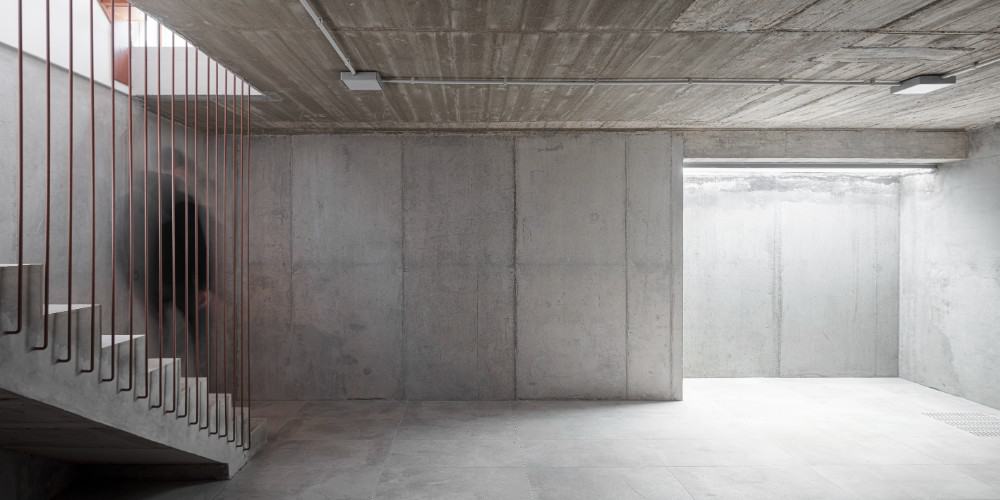 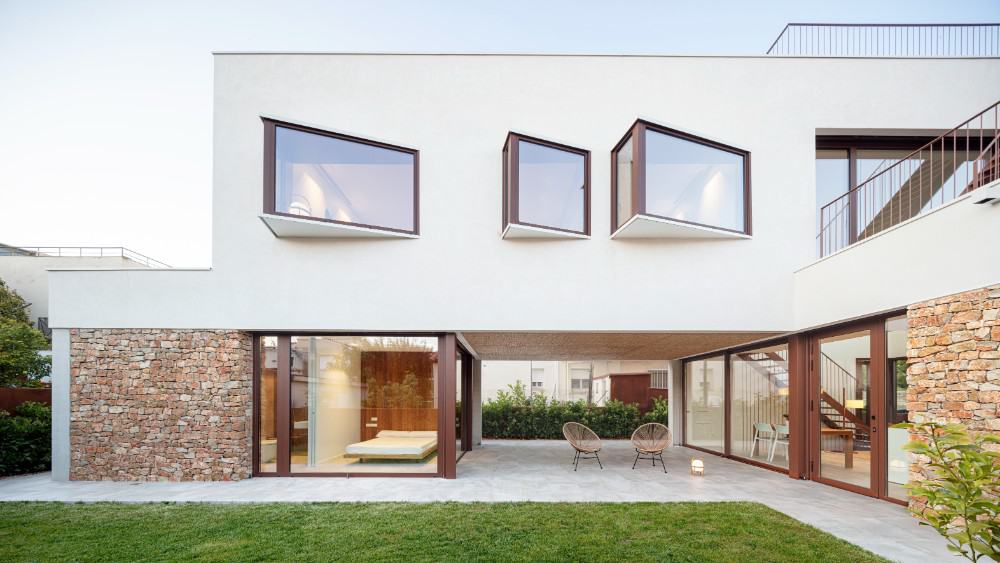 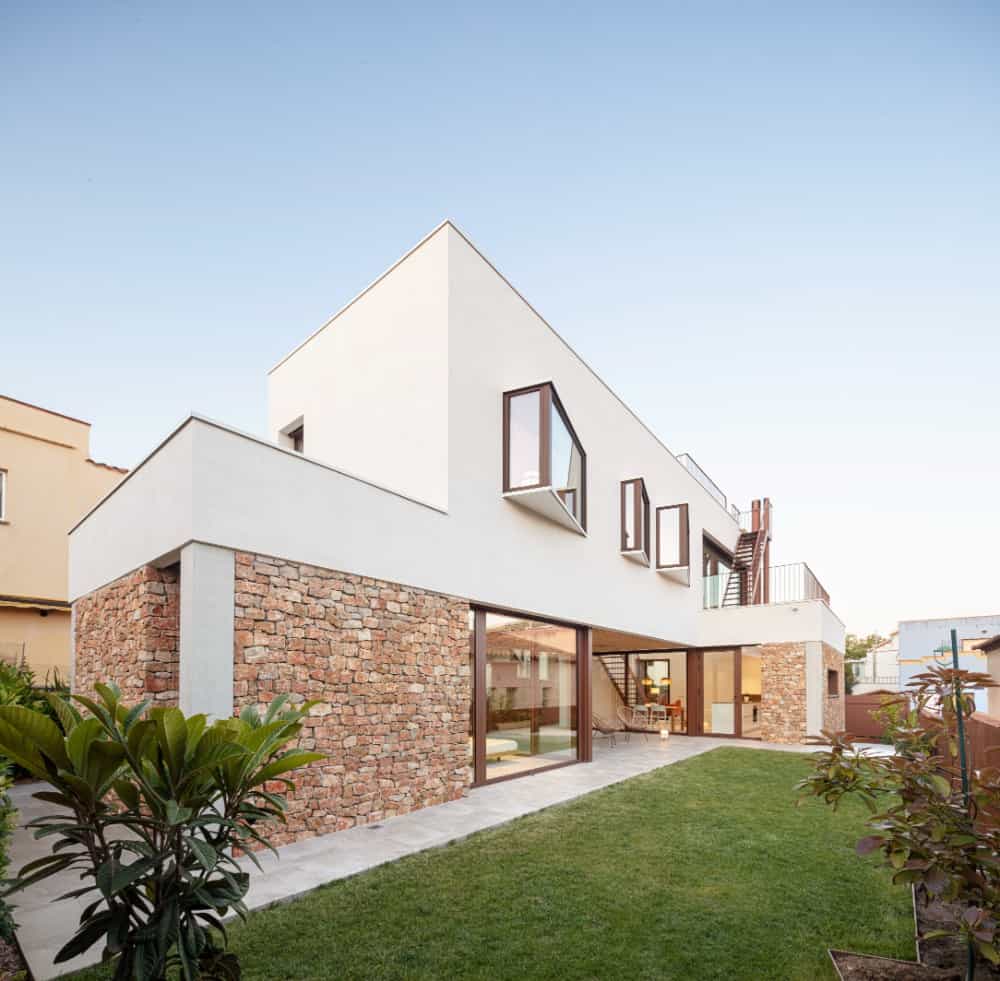 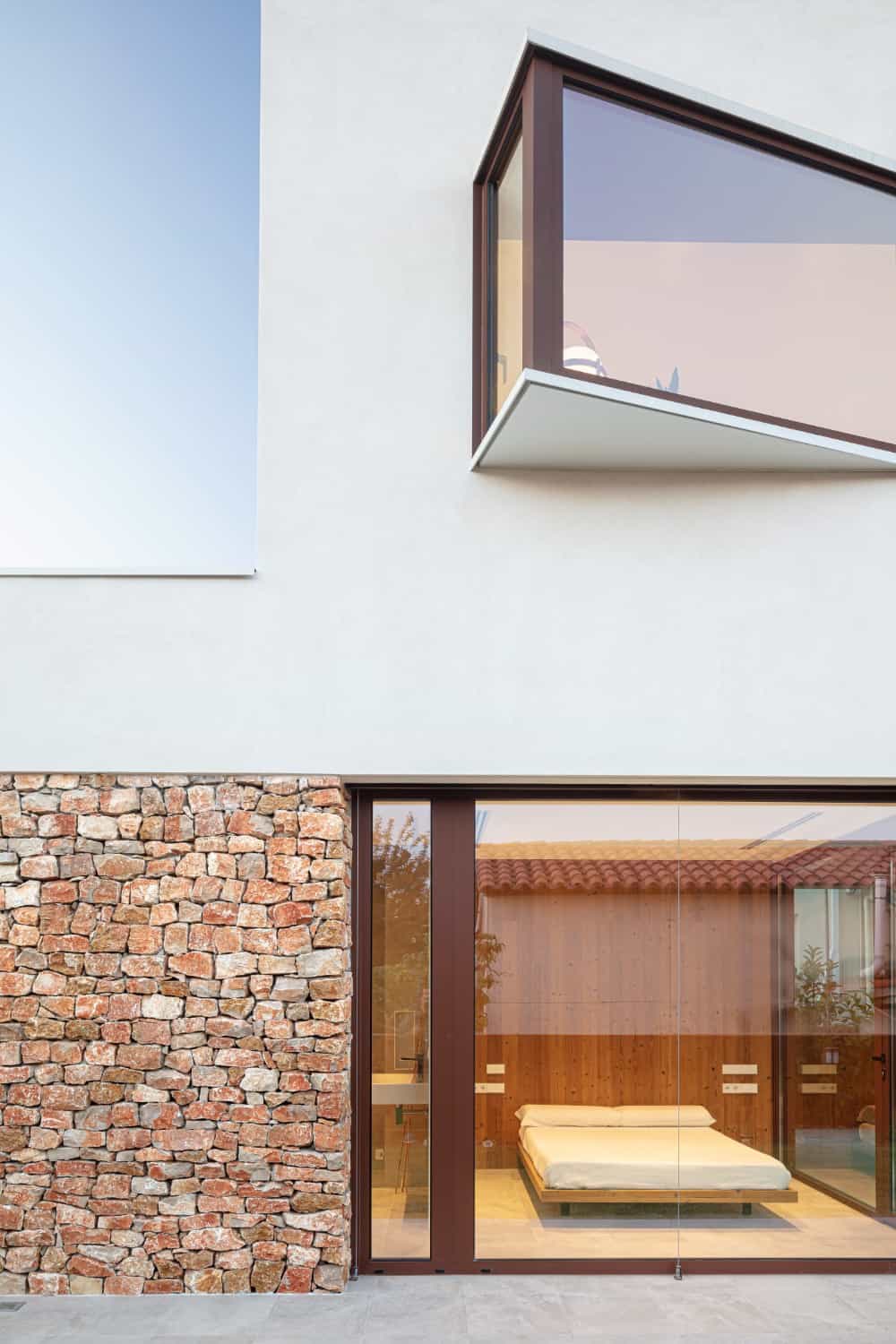 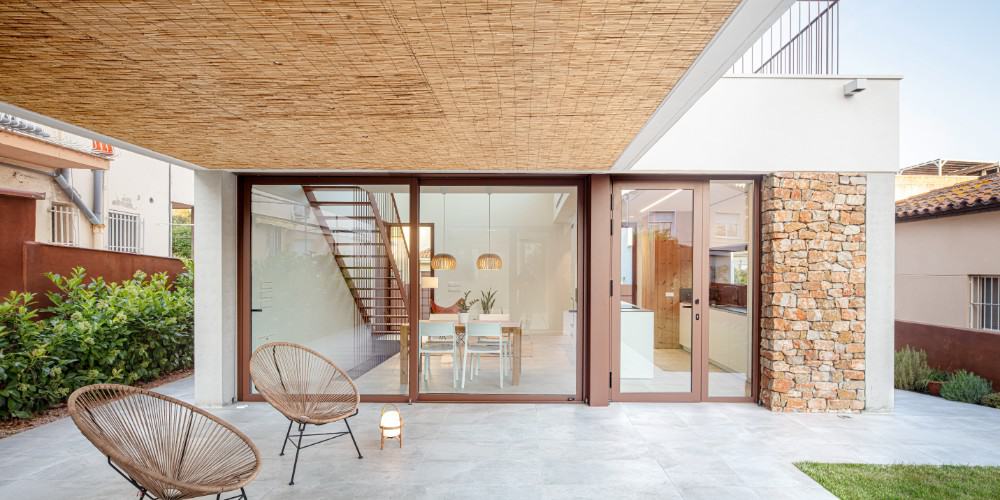 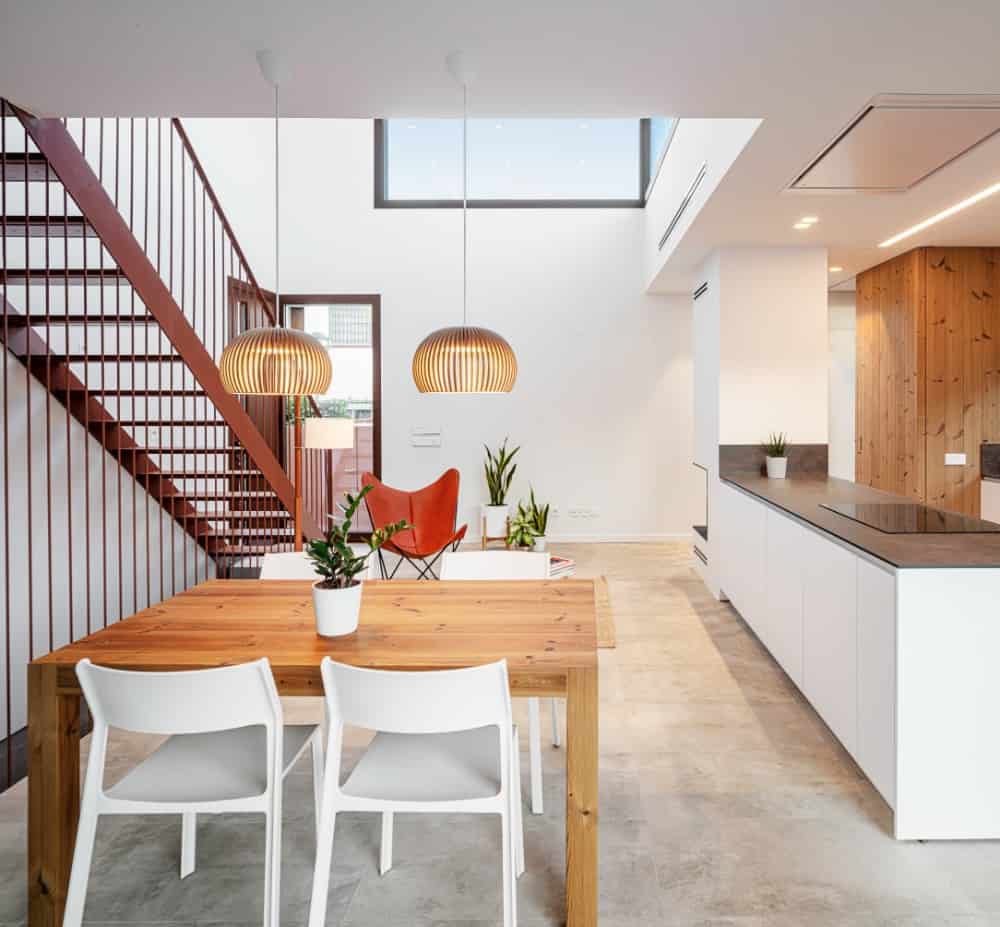 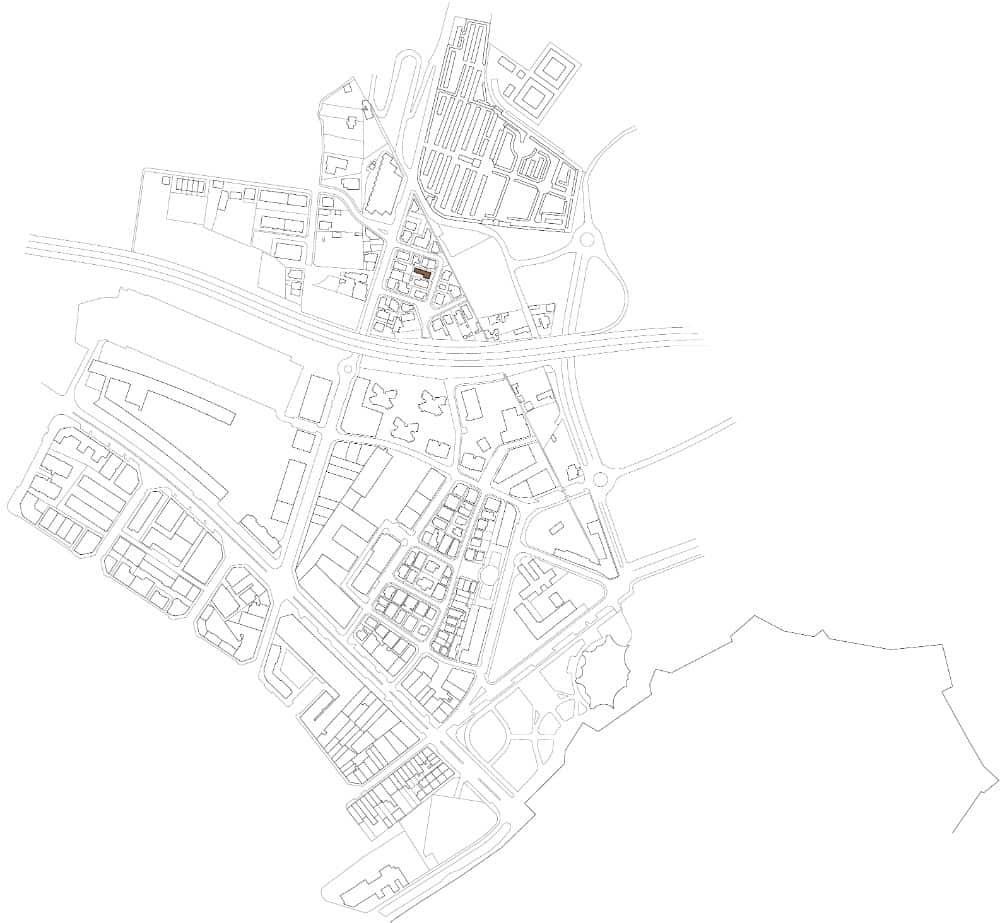 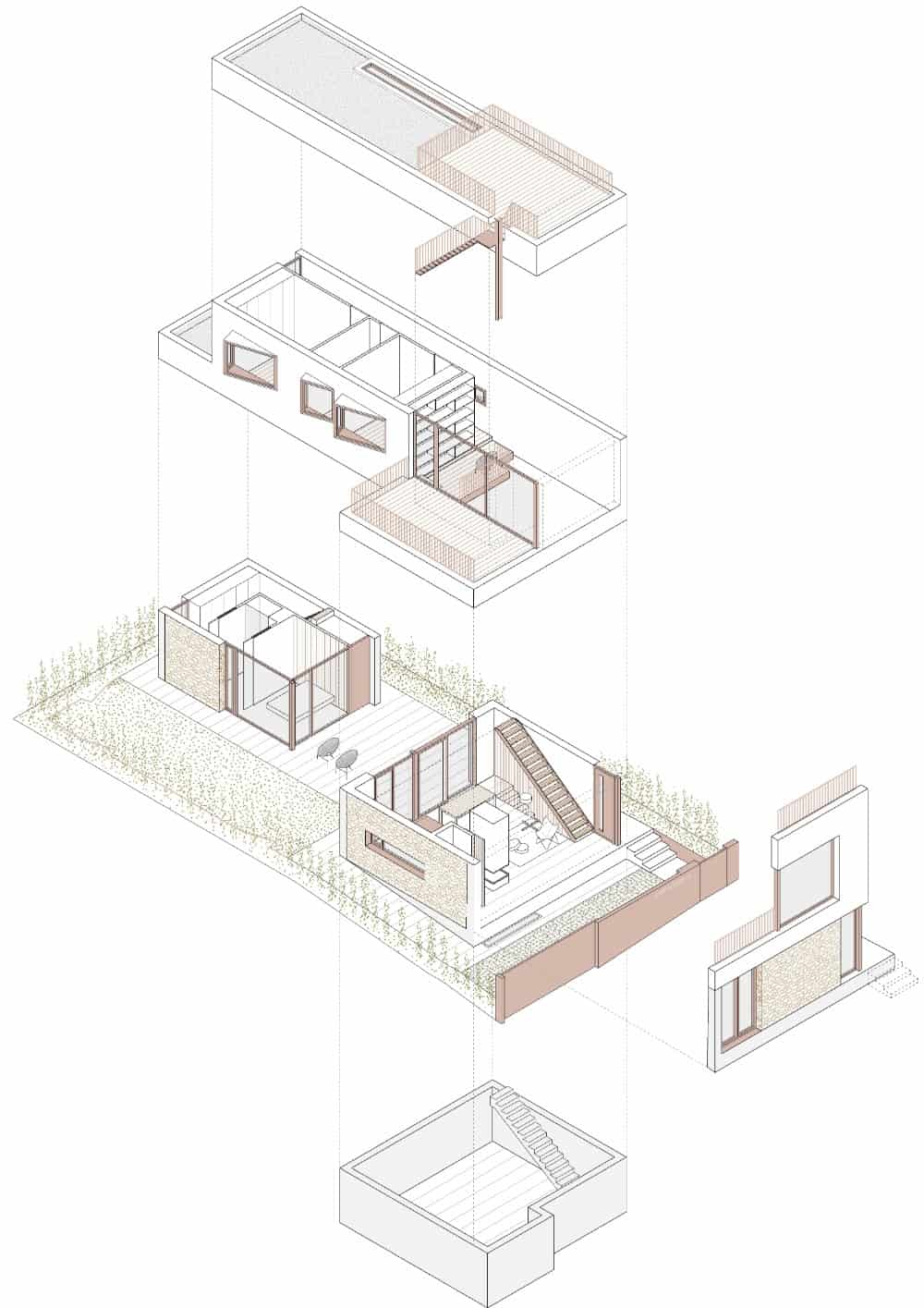 The location of this house is part of a small urban fabric with a triangular floor plan, which is embedded and delimited by the highway, Rovira and Virgili Street, the cemetery, and the underpass of the highway. It is an area with particular morphological features, made up of small plots, which most of them were built with small houses between the middle and the end of the 20th century. These are accessed through a U-shaped entrance and exit, which at the same time meets an inner square.

Since the plots are small, the distance between the existing buildings is small and there are low separating fences, the residents of the area live in visual contact with each other, obtaining a lively and active community.

Observation and analysis of the existing houses built in the area indicated that most of these homes are compact in volume and occupy a large portion of the plot, resulting in small and residual non-built spaces with little or no connectivity and visual connection with the interior of buildings. At the same time, the main façades with the largest openings are aligned with the street, regardless of their solar orientation.

In response to this analysis, the house adopts a singular strategy: the main façade does not face the street; it looks onto the garden, facing south. The entire building is structured towards the garden, but maximum integration is created on the ground floor by a porch in the center of the house that connects the exterior and interior of the house. A constructive discontinuity is created in order to have a central shady space for living and to have the width of the plot free of buildings and in direct contact with the non-built spaces.

To the right and left of the porch there is a practical living program: on one side a suite with bathroom and dressing room and on the other a living-kitchen-dining room, which is connected to the study on the first floor by a double height.

At the same time, this space is also connected to the basement, which is used for facilities and storage. The indoor program is completed on the first floor with two bedrooms and an additional bathroom, and the outdoor program with a terrace on the first floor and a second terrace lookout point on the covered floor from which you can see various visual landmarks of the city of Tarragona such as the old town, the sea and the Ermita de la Salut.

The volumetry was designed using simple shapes and a mixed structure according to the construction of the existing buildings in the area, without changing the original topography. The street façade has two height levels in order to adapt and to create the transition between a first neighboring building on the ground floor and a second four-floor building. The non-buildings outside areas should be occupied by a sidewalk on the edge of the building and by landscaped or vegetable garden areas.

The plot has a limited amount of building space. For this reason, various strategies have been developed to use the space and expand the perception of the dimension of the interior space, such as the outside porch, the double height of the living-dining room, the integration of the circulation areas within the different rooms, the capture of natural light through strategically placed windows or skylights and the creation of three triangular protruding windows that at the same time become floating interiors spaces of seclusion and in visual contact with the garden.

The architecture of this house aims to create warm and inviting sensory emotions in its users and at the same time to appear in a poetic way in the personality of its owners. They are people with deep roots in nature who work with tools to improve the quality of life of their patients, not only from a conventional medical point of view but also from an inner connection with themselves through wellbeing research. In this sense, the exposed concrete elements that rise to the surface from the foundation of the house, symbolize being roots that emerge from underground and begin to compose the house.

These elements include an external closure on the ground floor made of dry stone, which, together with the wattle on the roof of the porch, represents natural elements with a certain primitive perception that have not been anthropomorphized. Above these materials, white lime mortar symbolizes a higher state, more spiritual.