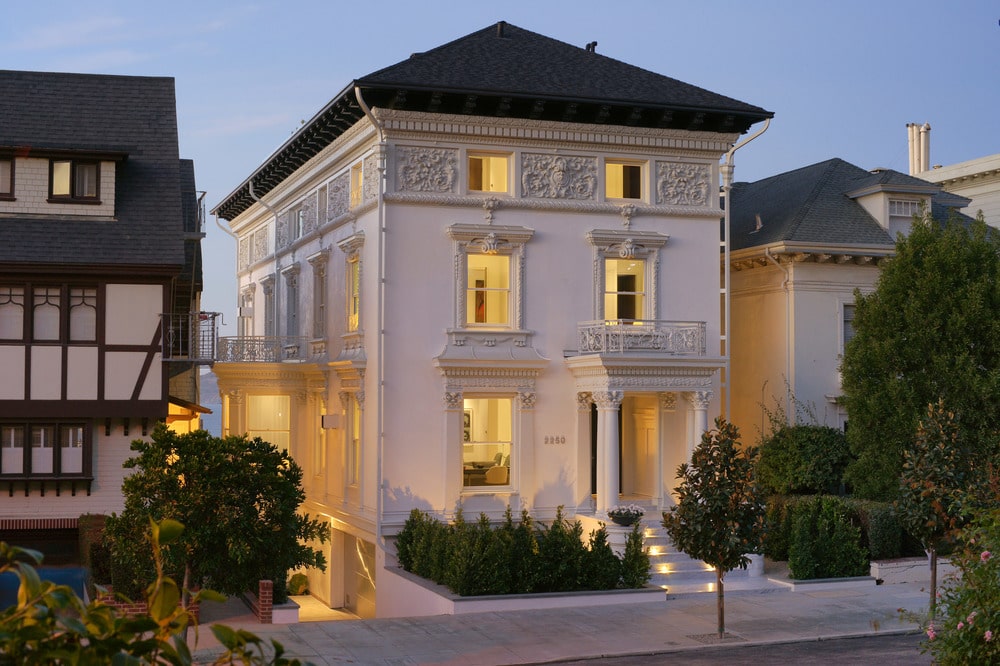 There is a white mansion in San Francisco’s Pacific Heights neighborhood that was built back in 1901. This is now on the market priced at $28 million.

This sophisticated 1901 Beaux Arts-style mansion that is considered as the most expensive home in San Francisco is listed under Neal Ward Properties.

San Francisco’s Pacific Heights neighborhood is a wealthy enclave high on a ridge with views that draw many high tech, political and creative entrepreneurs. The neighborhood is a Who’s Who with numerous consulates and notables such as Larry Ellison, who seems to own a house in every enviable neighborhood, Nancy Pelosi, Danielle Steele, the co-founder of PayPal and the chief designer at Apple.

Though the first house built in Pacific Heights was in1853 with a few more small Victorian homes to follow, it wasn’t until after the San Francisco Earthquake in 1906, that development began in earnest.

For sale is a sophisticated Beaux Arts-style house, now the most expensive in the city. Built in 1901 prior to the earthquake, the home was designed by noted architect James Francis Dunn, who designed many of the most important structures in the city. The 9,095-square-foot home has recently been renovated and restored in fresh modern style by Los Angeles architect Paul McClean.