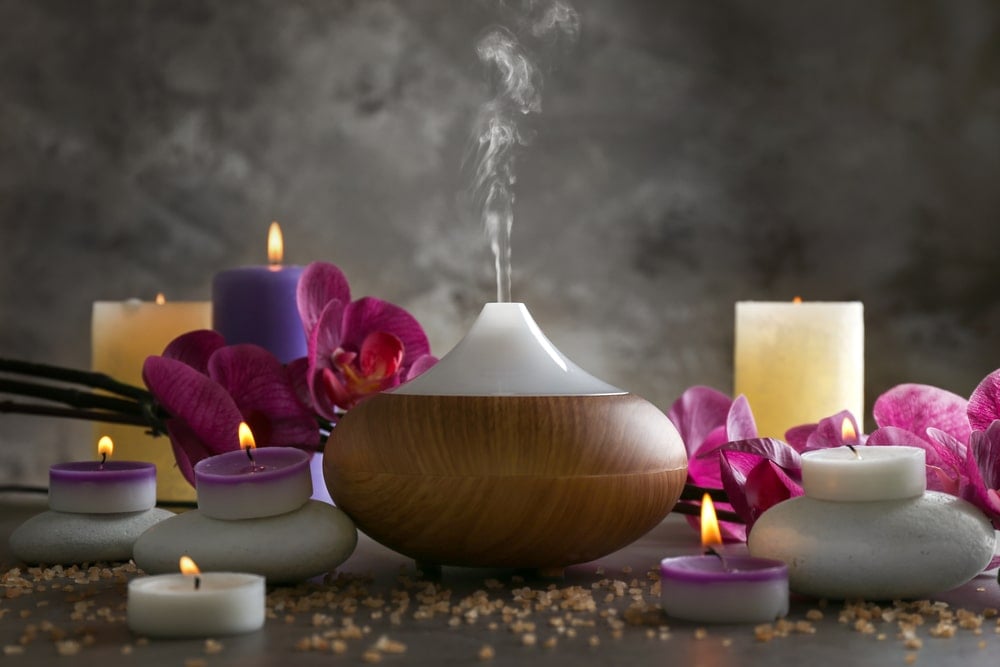 Air fresheners have been around since the beginning of time, and there is one out there for everyone. From incense and scented candles to fans and time-operated air fresheners, you can find the one that fits your lifestyle and budget. Learn more about how to optimize your in-home aromatherapy experience.

I knew there were some other types, but never really looked into them.  With reed diffusers, you pour scented oil into a small vase-like container (usually provided in the air freshener package).  Then you add a handful of sticks (reeds).  The idea is that these sticks absorb the oil and spread the fragrance throughout the room.

No sooner did I set up my air freshener, which had a clean linen scent, than the cat jumped on the dresser to sniff it out, promptly knocking it over.  The glass container holding the reeds promptly shattered, leaving an oily mess on the floor.  I realized I needed to find another air freshener, preferably one that was “kitty-proof”, so I started doing my research.

Here’s an overview of the different types of air fresheners, and how they came to be.

History of the Air Freshener

As you might expect, people have attempted to mask odorous air since the beginning of time.  Various items were used, such as flowers, essential oils, and incense.

The first truly modern air freshener came out in 1948.  It used military technology to release insecticides.  Using a chlorofluorocarbon propellant, it was adapted to emit a pressurized mist.  The aroma compounds it emitted could remain in the air for several hours.  With this new development, air freshener sales took off.

Throughout the 1950s, companies began tweaking the product, adding substances intended to destroy odors, or at least neutralize them.  But because of environmental concerns, manufacturers began looking for alternatives to aerosols by the 1980s.  The last few decades have seen an explosion of air-freshening products, from potpourri to timed-release sprays.

You might think the only reason to have an air freshener is to mask unpleasant smells.  However, there are also fresheners on the market that sanitize the air.  You might want to have these on hand if someone in your household is sick or you are trying to keep your family healthy during cold and flu season or any other time of year.

Essential oil diffusers can be an excellent source of aromatherapy.  Oils have different properties.  If you want to relax, lavender can help you do that.  If you are working from home and having trouble avoiding distractions, other oils can give you the energy you need to stay motivated or help you concentrate on the tasks at hand. 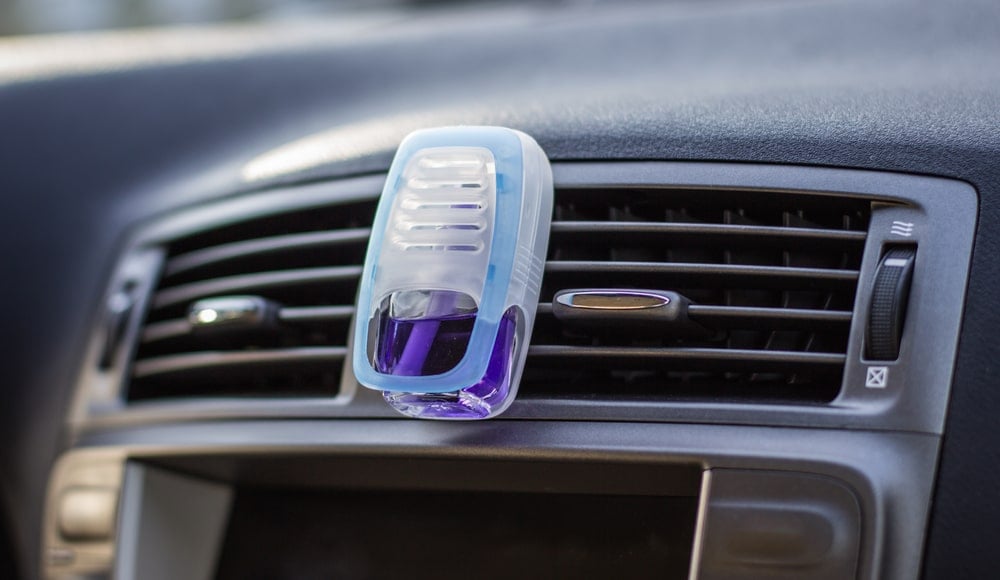 These (usually battery-powered) air fresheners look and operate like fans.  Their aroma comes from scent cartridges.  There are a number of these available, and no two are exactly alike.  You can find fans that deodorize one room, as well as devices that can freshen up your entire home.  Some are basic models that release fragrance for up to 30 days.

Others have multiple settings so you can customize how you want your aromatherapy delivered.  You can, for example, set the fan to turn on and off at specific times and adjust its speed.  Fans are relatively easy to use and most are small enough to fit on a tabletop.  If you want something low-maintenance that doesn’t require sprays or gels, this may be just what you are looking for.

However, fan fresheners aren’t for everyone.  Since they require a specific type of cartridge to perfume the air, you will probably want to keep some extras on hand, so you will need to order ahead of time to avoid running out.  Because they are more complex than your traditional air freshener, fans are also more costly than most of the simpler air fresheners. 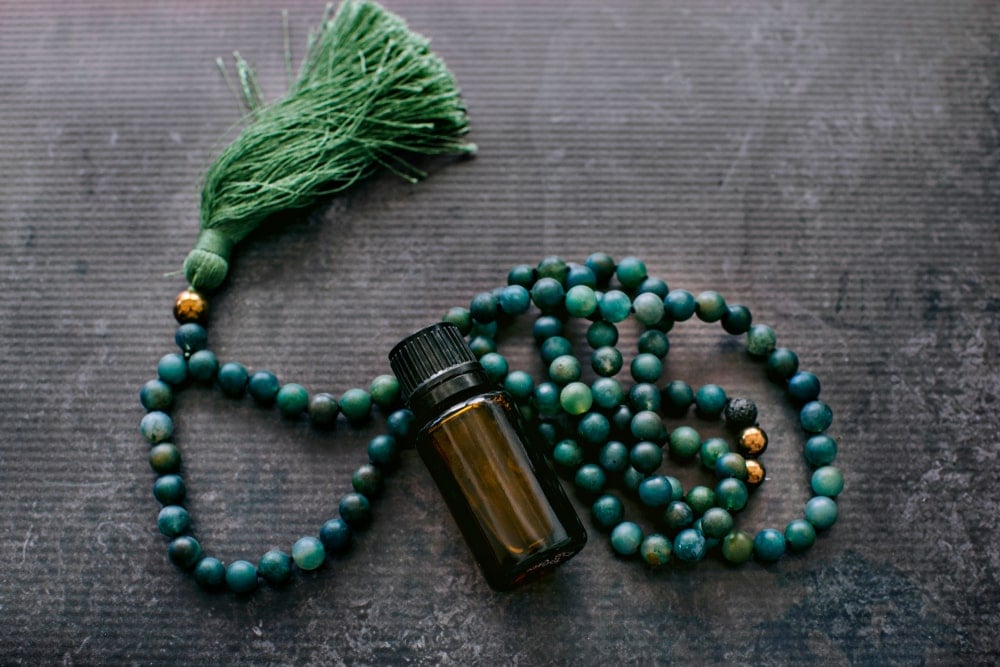 Of course, there are the traditional air fresheners containing a gel that evaporates over time.  These are easy to use because all you have to do is remove the seal and put the air freshener in a discrete spot, like your sock drawer or under a cabinet in the bathroom.  They’re small and inexpensive, too.  And you can still find air fresheners in the form of aerosol sprays, too. 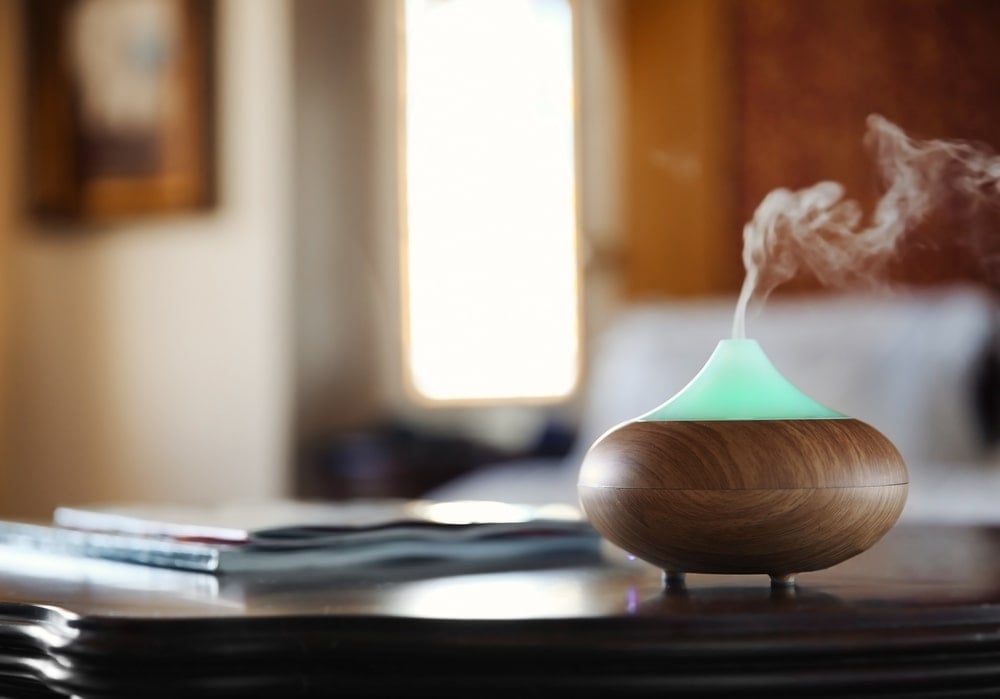 There are several types of essential oil diffusers that release aromatherapy without heat.  Using heat to disperse the oils breaks them down in a way that may release harmful chemicals into the air.  While the oils themselves don’t contain these substances, they are by-products of the chemical reaction that occurs during heating.  Here are some of the non-mechanical, non-heating diffusers. 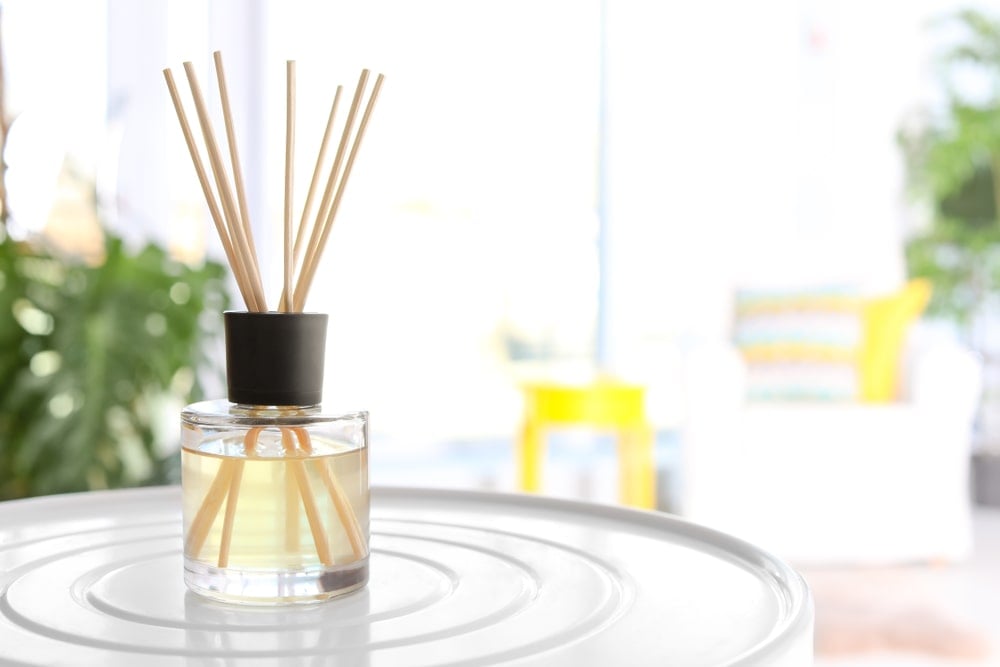 These devices are quiet and use a fan to disperse essential oils through a filter.  Evaporative devices, however, don’t release all the components of the oils at the same time, so you may not get the “full” aromatherapy experience. 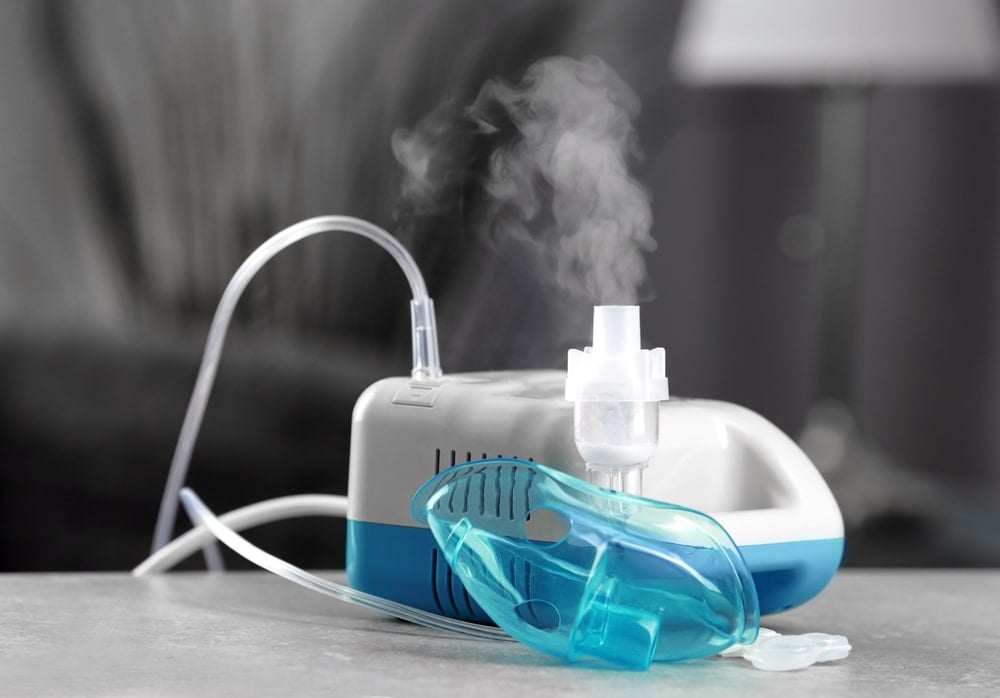 Nebulizers dispense doses of aromatherapy by blowing high-speed air jets on the surface of the oil tank.  These diffusers release small particles in a form that is readily absorbed by the body, optimizing the aromatherapy experience.  Unfortunately, these are among the most expensive diffusers.  They’re also incredibly noisy. 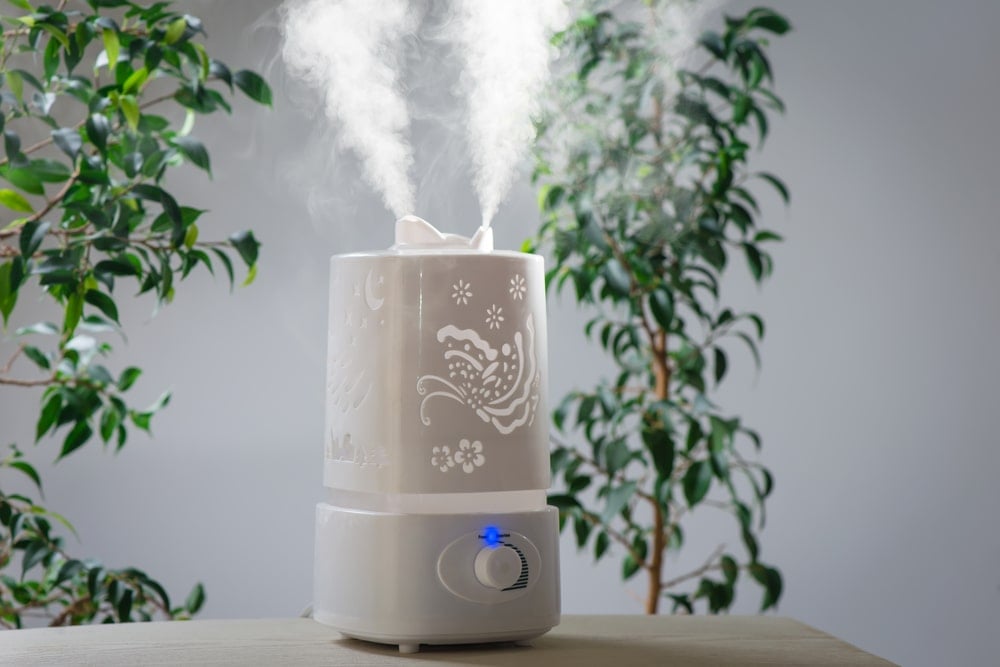 One of the most popular types, ultrasonic diffusers use a metal plate to quickly dispense essential oil particles.  These are considered the best diffusers because they’re quiet enough to be used during the night and can serve as a humidifier and a diffuser.  One drawback, though, is that ultrasonic diffusers have smaller water tanks than most others.  Therefore, their aromatherapy capabilities are less intense than other types of diffusers. 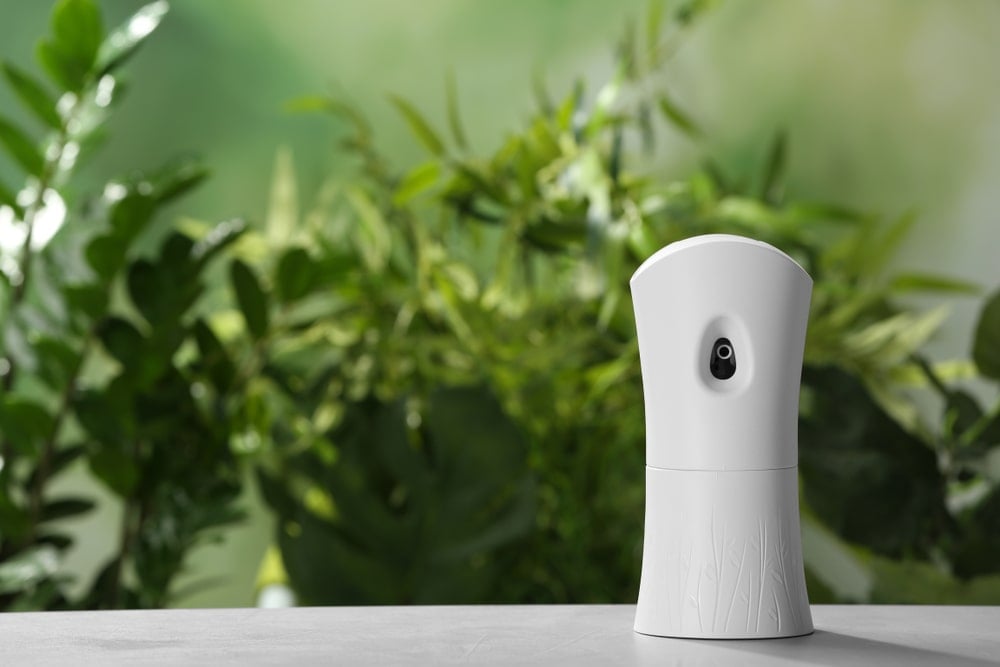 Time-operated air fresheners are battery-powered and release fragrance at set intervals.  The high-tech variety allows you to customize the release settings and will even let you know when your fragrance cartridge is running low so you know when to replace it.  It’s important to keep spare batteries and cartridges on hand.  If you’re not technologically-inclined, you may prefer a simpler model. 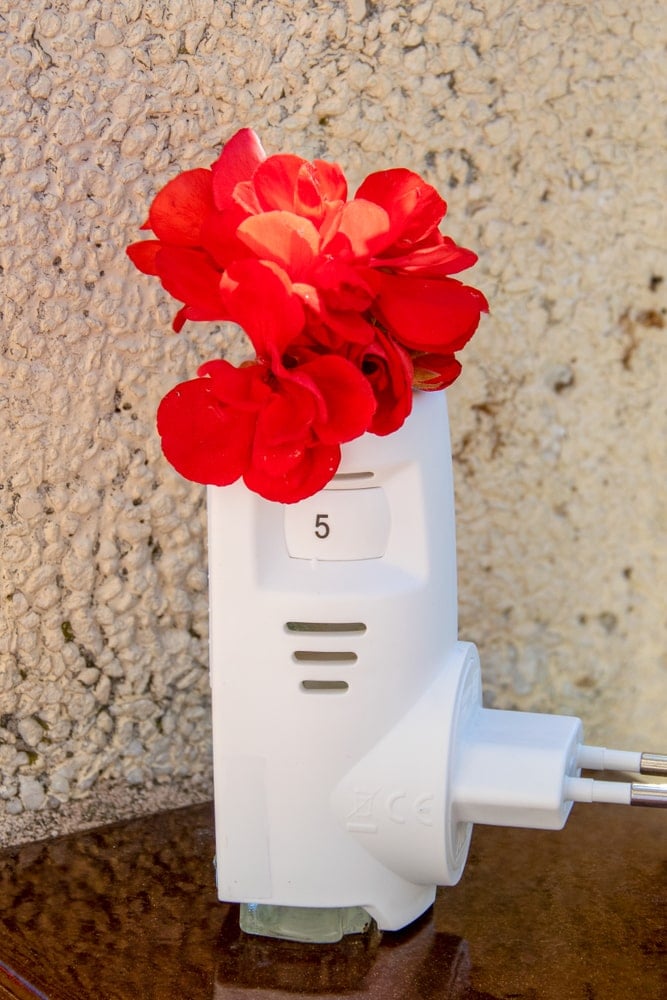 Plug-ins seem to be ubiquitous, and many people have made these a fixture in their homes.  Plug-ins come with a warmer that circulates the fragrance when plugged in.  Usually, the package will come with at least one fragrance refill.

Plug-ins emit a powerful scent that can last for weeks, are relatively easy to use and give you a good bang for your buck.  Another advantage of plug-ins is that they don’t use much electricity, so they won’t send your utility bills through the roof.

Some people are a bit turned off by the strength of the scent that emanates from these, but the “higher-tech” type of air freshener lets you adjust the fragrance intensity.  Also, fragrances are usually made of synthetic chemicals, so check labels if you’re worried about allergens.

Another caveat:  There have been a few instances of plug-ins starting house fires.  This can happen if the device gets too hot and melts the plastic.  According to the Consumer  Product Safety Commission, plug-ins rarely lead to conflagrations; faulty wires are more often the culprit.  To be safe, check your plug-in periodically for signs of heat damage. 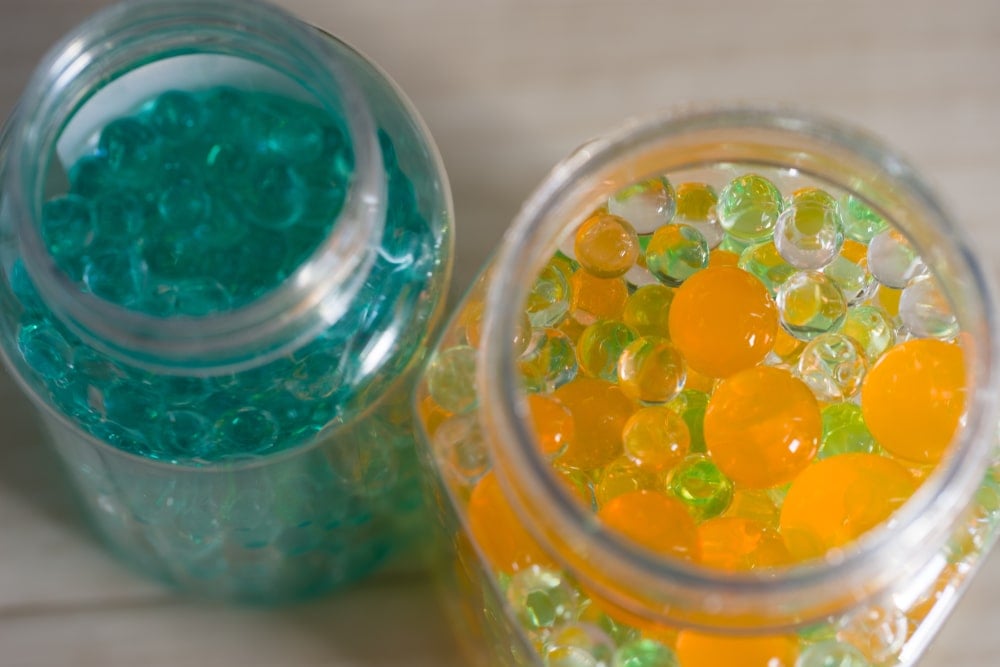 Aroma beads are easy and fun to use.  Place them in a fragrant oil until they’ve absorbed the fragrance.  Then stick them in a bag and put your air freshener wherever you want — in the closet, a dresser drawer, or even the vacuum bag.  If you’re feeling creative, you can even use the beads to make home decor or DIY gifts.  Keep the beads away from heat sources though, or they may melt and make a mess. 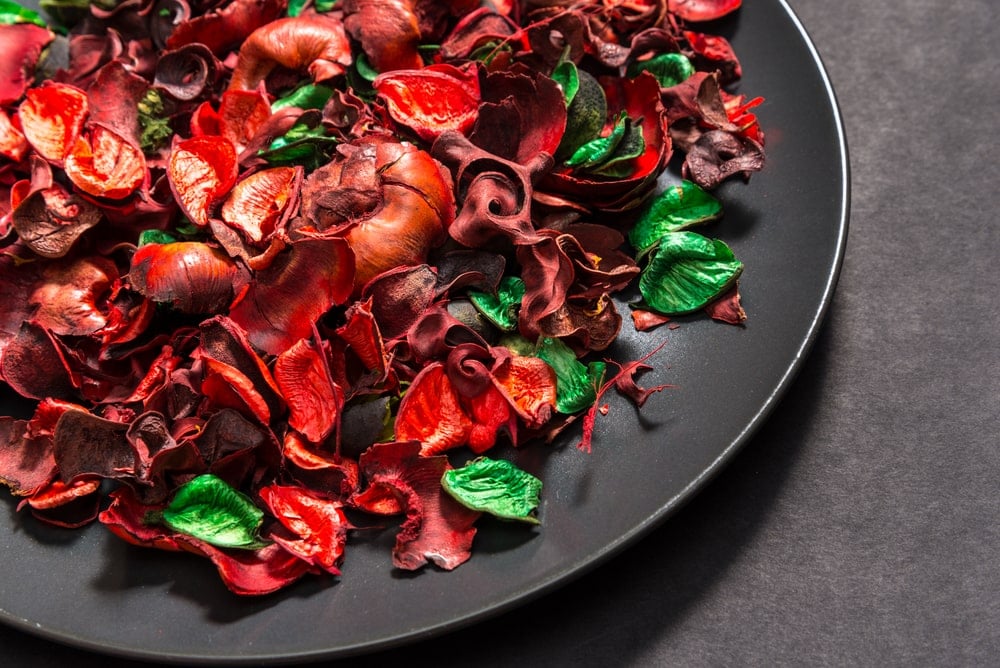 A Potpourri is a form of incense that uses herbs and spices, although you can find synthetic varieties too.  This kind of air freshener is meant to be visually appealing as well as aroma-therapeutic.  You can buy it ready-made, or create your own.  What a lot of people like about it is that it’s inexpensive.  Natural potpourris don’t contain harmful chemicals.  But if you opt for the DIY kind, it can be time-consuming and difficult to replicate your favorite fragrances. 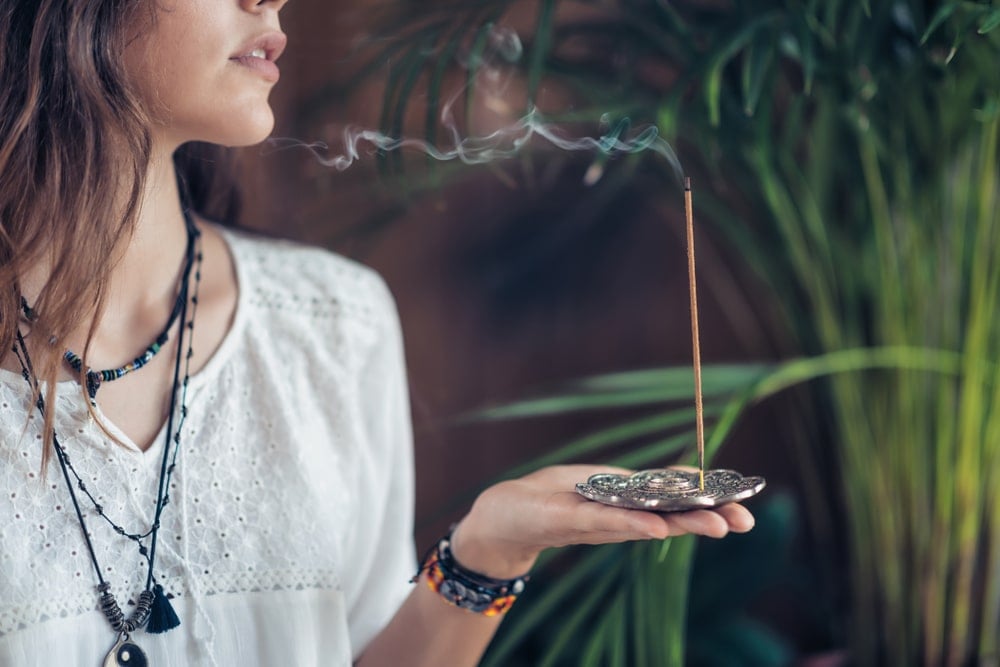 Incense involves burning aromatic components, such as myrrh, sandalwood, and cinnamon, using cones, sticks, powders, cones, or coils.  After it ignites, you blow the flame out to produce scented smoke.  Some people enjoy burning incense, as they find it highly relaxing.  Others find that the scent is too strong.  Incense can burn up to an hour or more before extinguishing itself.  You don’t have to worry about leaving it unattended as you might with a candle, as candles can burn for hours before reaching the end of the wick. 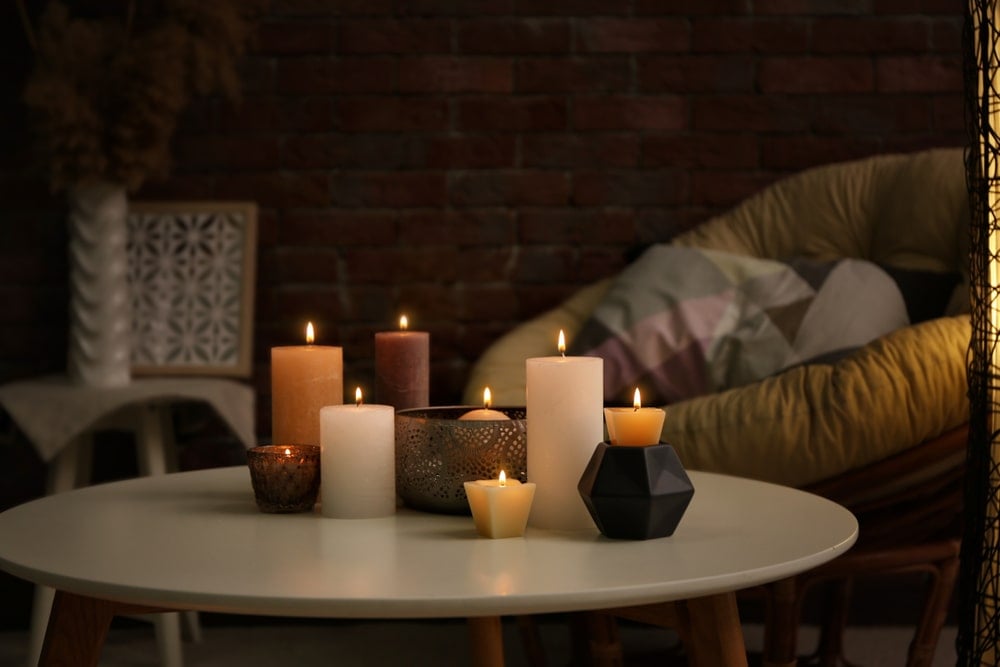 These are incredibly popular because they come in a variety of scents and colors.  However, if you allow them to burn in small spaces or near the wall, you may find that they leave a bit of black, sooty residue on nearby surfaces.  Furthermore, some people aren’t allowed to burn candles where they live.

For instance, many colleges won’t allow them in the dorm for fear that they pose a fire hazard.  If that’s the case for you, there is good news.  There are candle-warmers you can buy.  Think of them as hot plates for your favorite scented wax.  You just plug them in, place a candle on top, and as it warms, your candle will be able to emanate its scent throughout your home.

If you want to stay away from traditional wicks and flames altogether, you can try scented candles that run on batteries and/or plug into the wall.  A tiny light bulb atop the candle even emits a “flame” to simulate the real thing.  These candles don’t always release their fragrance as effectively as the traditional kind.  And, if they’re the plug-in variety, they won’t help during a power outage.

Another warning about scented candles is that they are often made of synthetic compounds, which can cause issues if you have allergies or asthma, or share your home with small children.  Additionally, some people like the scent of these candles initially, but don’t care for the slight odor that results when lighting the wick.

A Warning About Air Fresheners

Many of today’s air fresheners contain carcinogens or are not well-tolerated by people with allergies and asthma.  If walking down the scented candle aisle at Wal-Mart aggravates your sinuses or causes your eyes to water, you may want to steer clear of synthetic products.

Some of these chemicals can be especially harmful to babies and young children.  Read labels carefully to make sure they are safe for people and pets.  If you or other members of your household are sensitive to certain substances or scents, look for all-natural options, such as essential oil diffusers or other products that are free of potentially dangerous compounds. 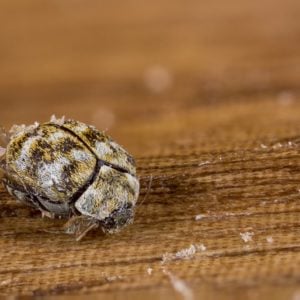 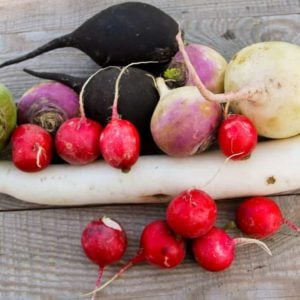