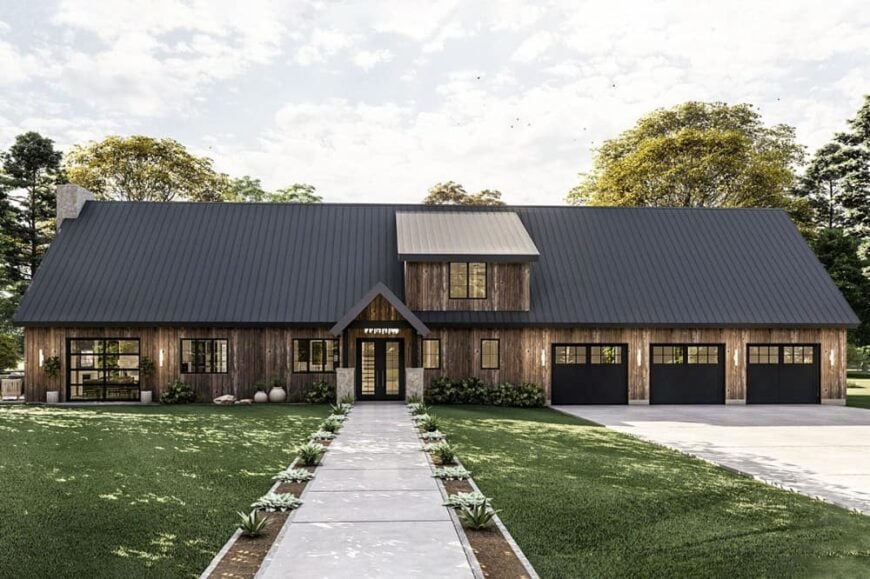 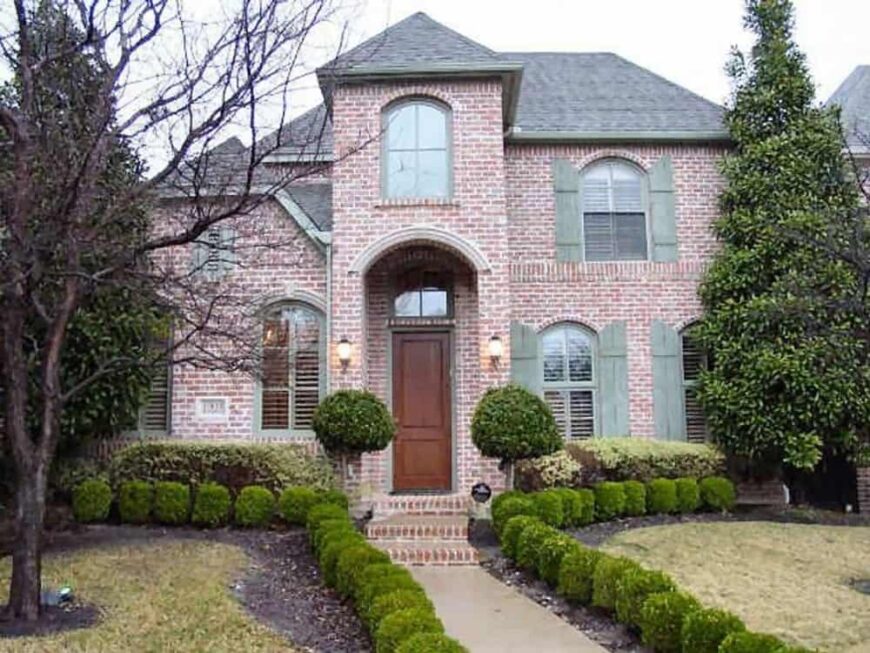 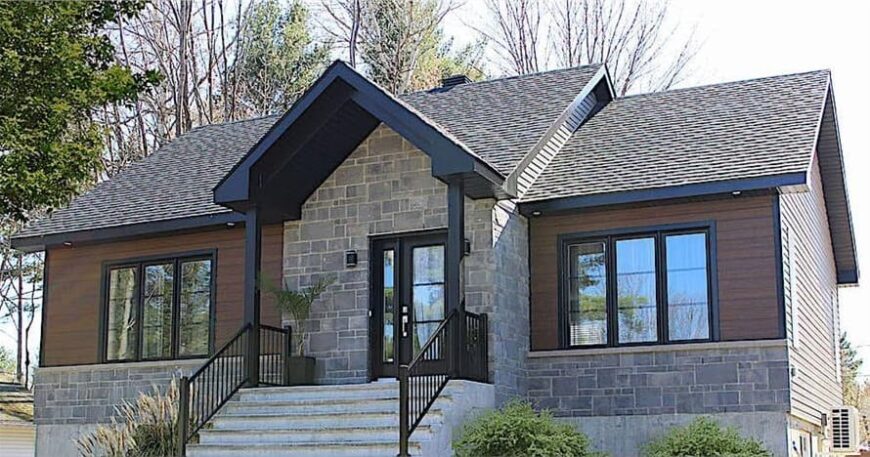 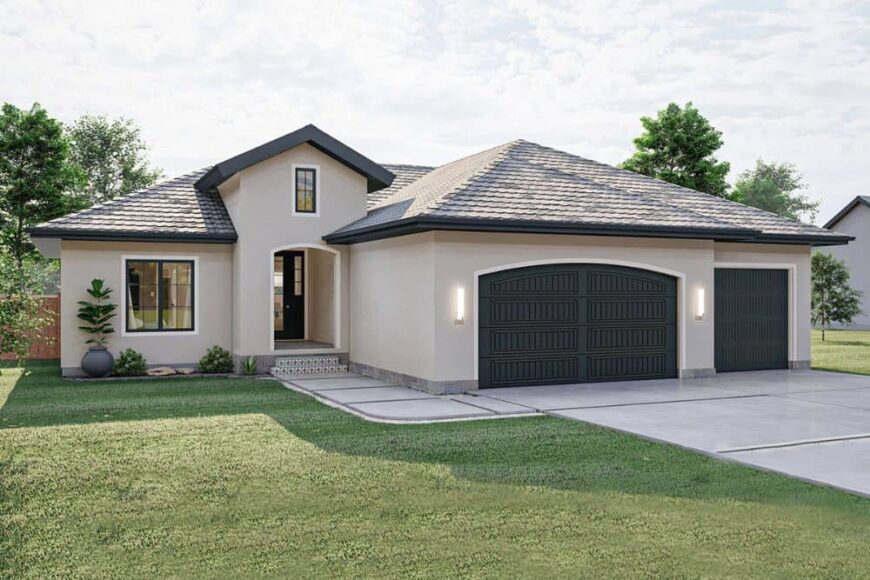 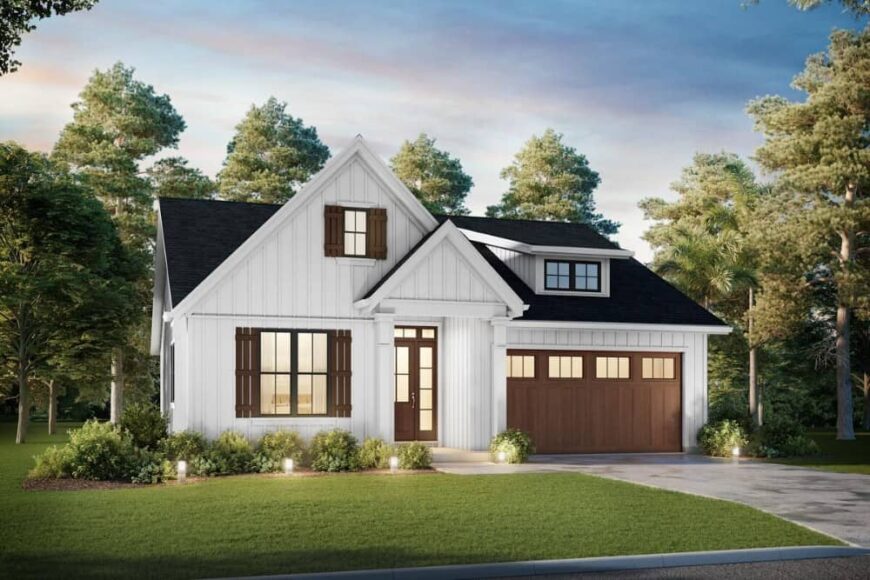 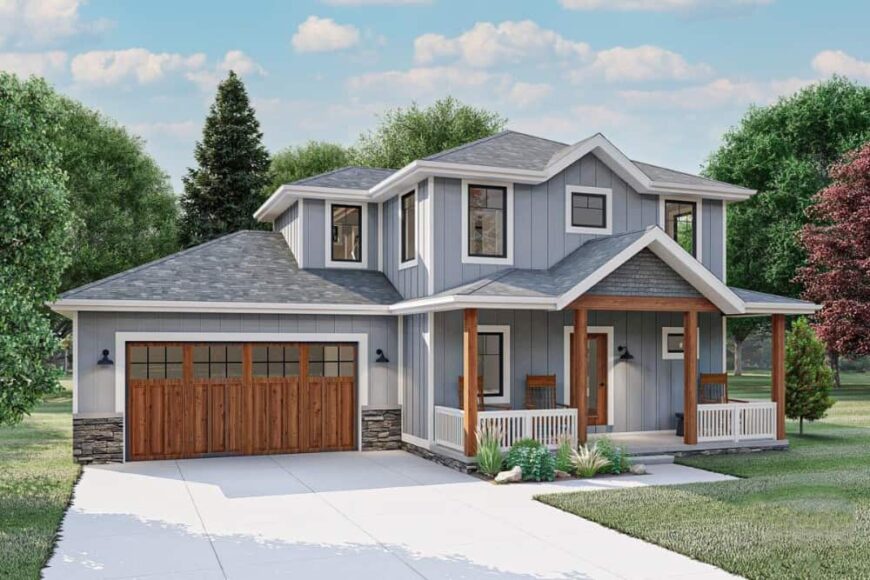 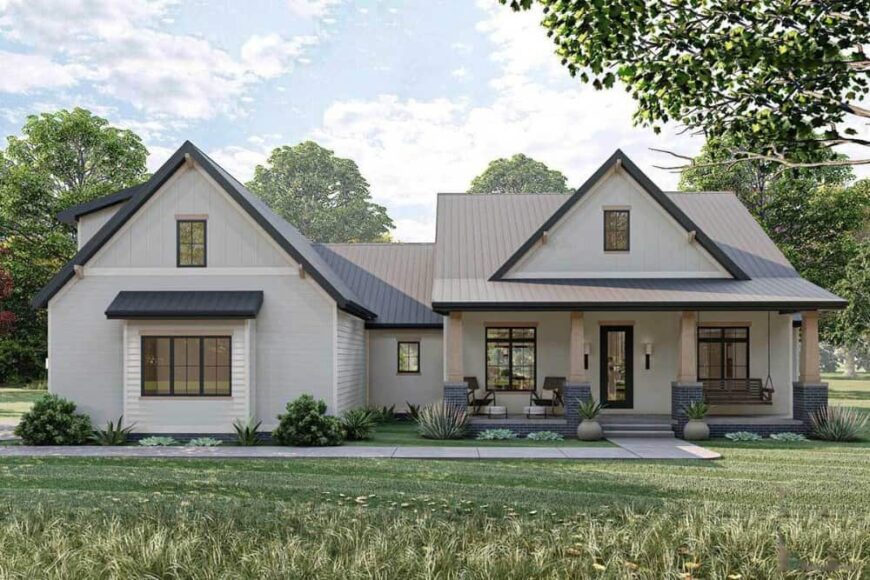 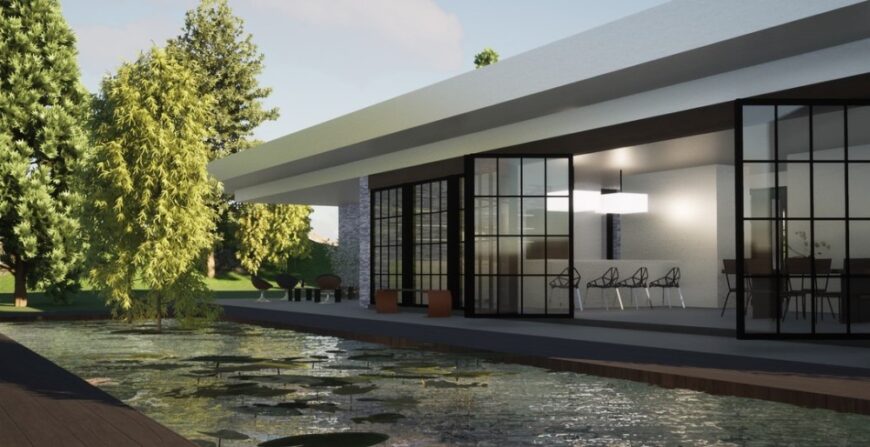 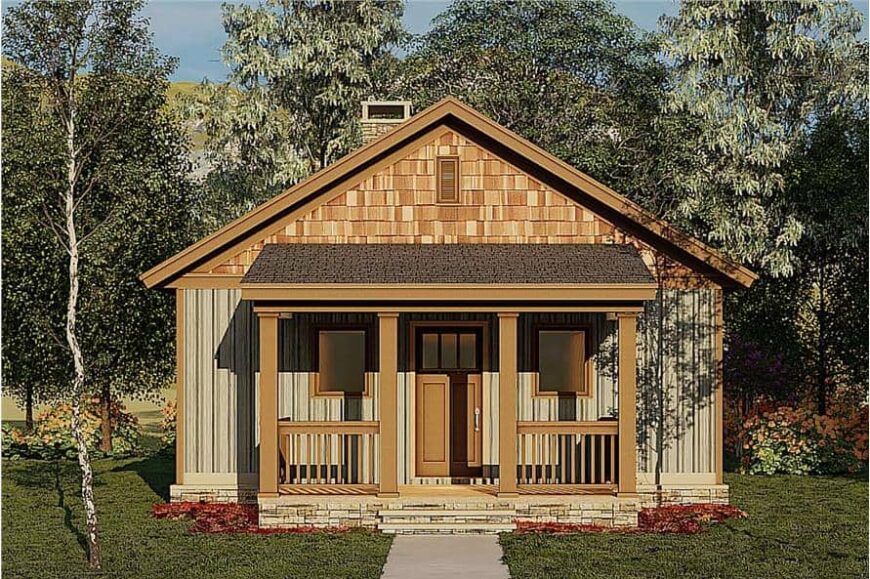 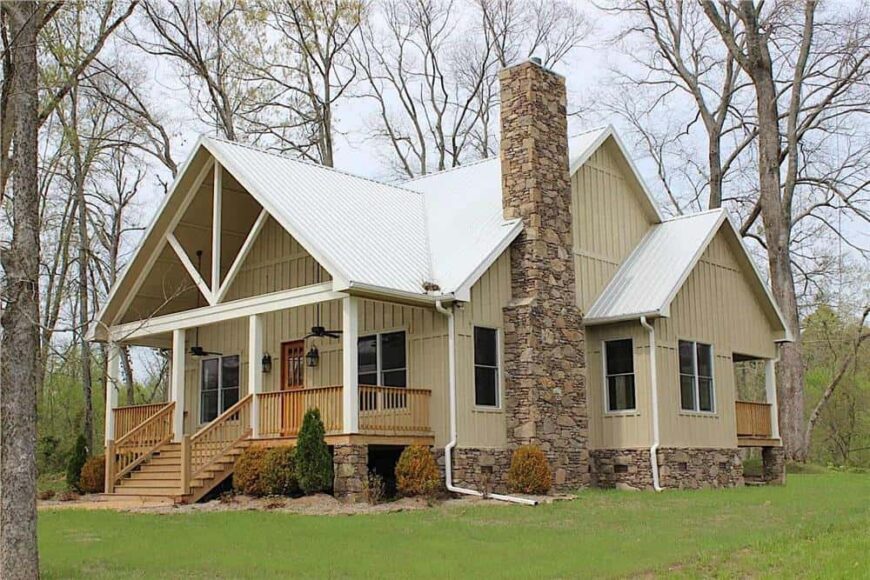 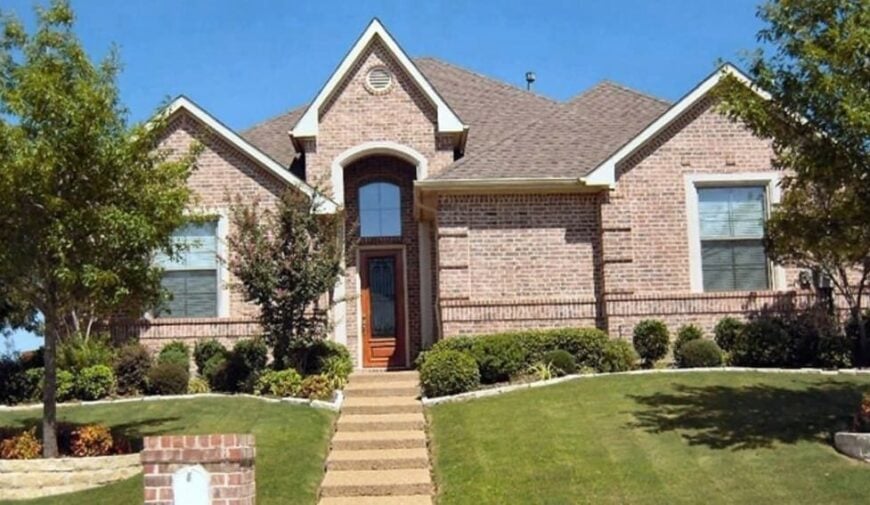 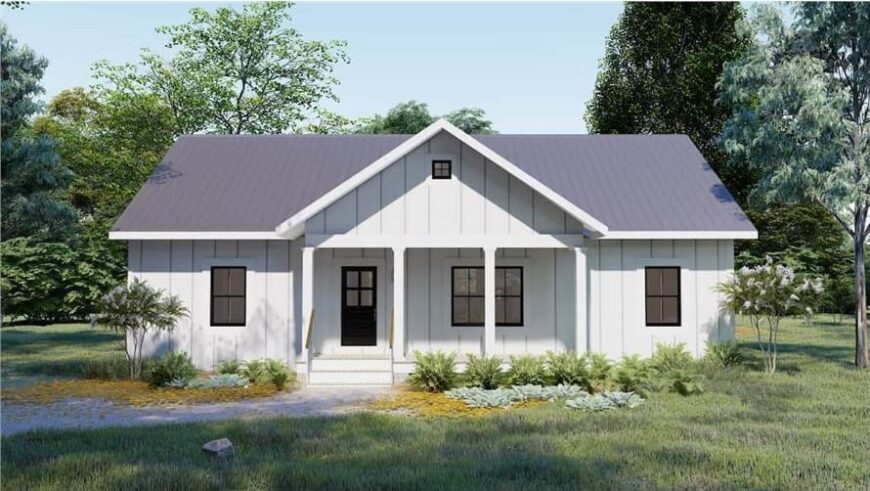 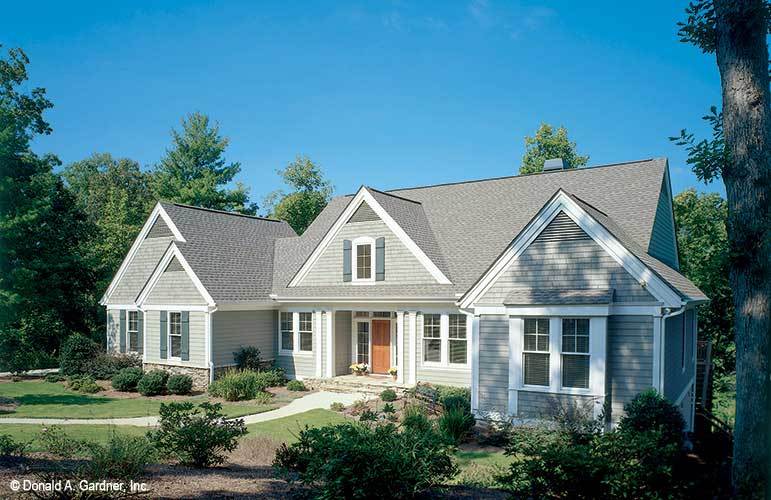 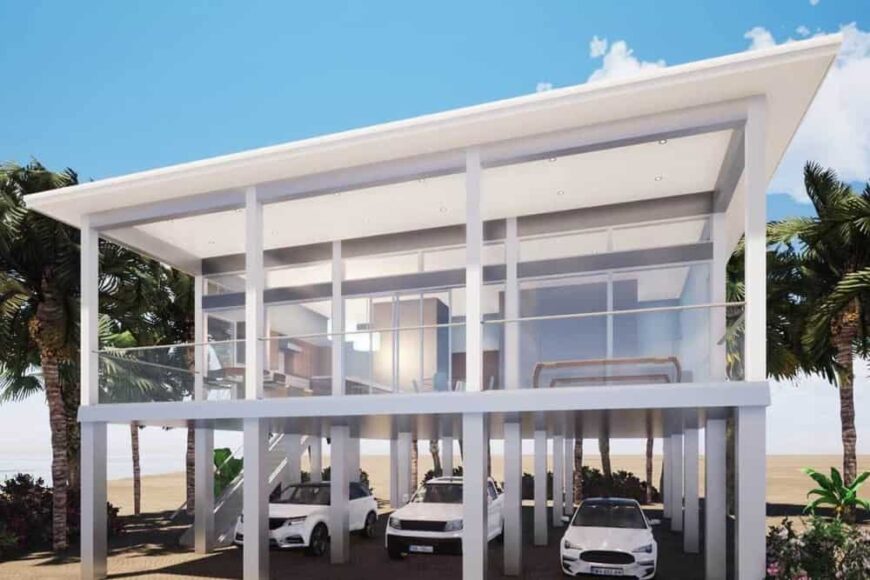 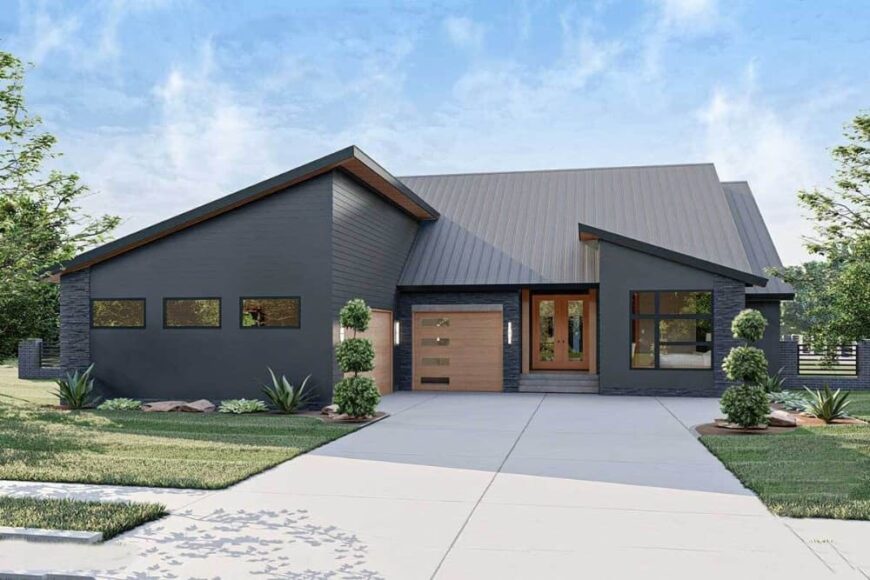 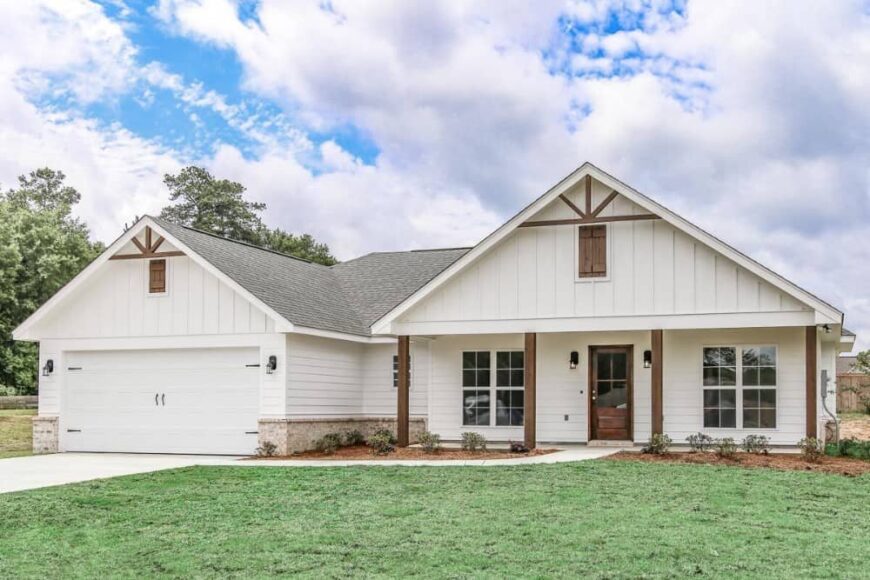 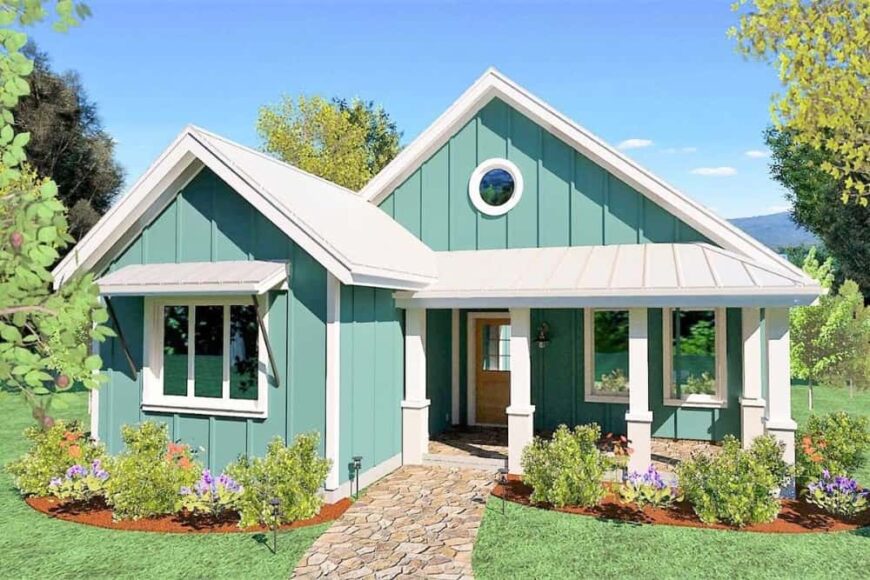 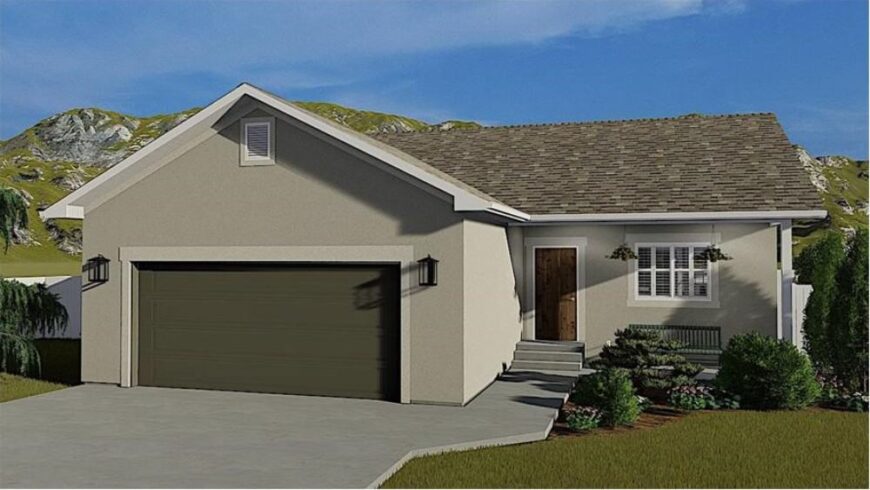 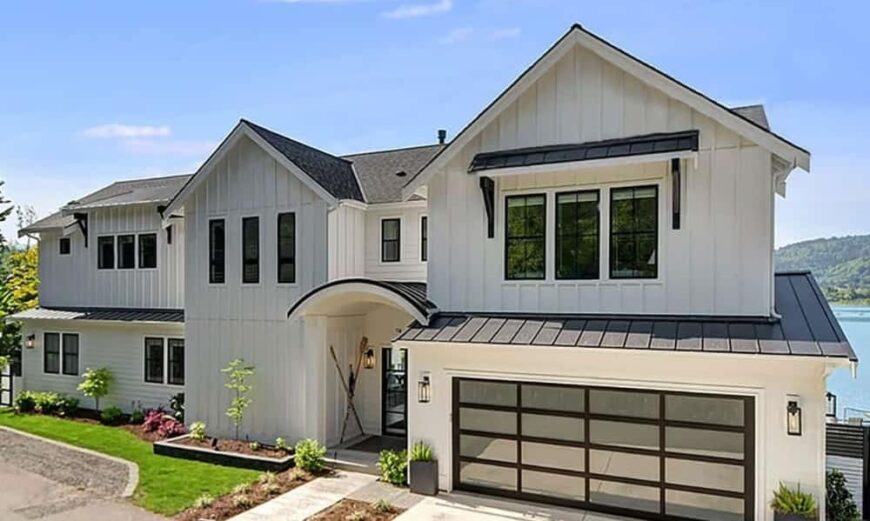 Open-concept homes are extremely popular, with interest in the over the last ten years developing dramatically. They offer fantastic amounts of living space while still being warm and inviting, and depending on the climate, they create wonderful opportunities for airflow and scenic views (with proper window usage).

Are there open concept style floor plans with a detached garage?  Is it possible?

Absolutely! This type of house is generally smaller, and an attached garage is not very common in the predominant types of open-concept houses. A detached garage might not even be adjacent to the home itself; rather it could be set back on the property, doubling as a workspace or storage area as well.

Do open concept style houses usually come with a garage?

Often these homes will not have a garage – they’re made to be relaxed and often are built as beach houses or bungalows, in places where space is either generous or extremely limited. As such, they might have a garage or they simply might not be able to have one on the property.

Is an open concept style considered a grand or luxury style of home?  Is the style used for mansions or normally regular-sized homes?

Is an open concept style ever built as a “small” home?  Can it be built economically?

Open concept homes can absolutely be “small” homes. In fact, for smaller and tiny homes, an open concept makes everything feel bigger. Additionally, if you’re on a budget and looking to build economically, less walls are always cheaper to build that more, so open concept homes should be strategically cheaper in general.

Open concept homes are usually very cute and small, and lend themselves well to light blues and whites. Especially since this type of home is often seen as a beach house or a rustic cabin style in the woods, lighter colors usually pop quite well.

Can you build open concept style house on a narrow lot?

You definitely could, though it would be somewhat limiting – it would be more of a straight shot, often referred to as a “shotgun” house in the 50s and 60s. These homes were open and narrows, but you could see from the front to the back when standing in the foyer and everything was adjacent to the main hall.

You can definitely build this type of home on a wide lot. In fact, the more an open concept home can sprawl, the better. It wants to have wide-open rooms that flow into each other, and that’s a lot easier when you have room to grow outward. These homes often don’t have second floors, so the broader, the better.

Can open concept style homes be built on a sloping lot?

Not very likely. This type of home wants even, sprawling ground. A sloping lot would invite difficulties to a wide, broad home like these typically are.

How many floors/stories does open concept style usually have?

Generally 1 floor, and possibly a finished basement. These homes are usually more simple, rustic homes that are cheaper and faster to build, maximizing on the porch and interior to feel big while still being inviting.

Do open concept style houses have a basement?

It really depends. Many open concept homes are beach houses or bungalows, and since they’re cheap and fast to build, basements aren’t typically a huge consideration. Couple that with the fact that beach houses and bungalows in swampy or water-adjacent areas would flood a lot, and you usually won’t find a basement on these homes. They’re typically built on a slab.

Not traditionally – since the motive is to create a quick, cheap, beautiful home, things like bonus rooms aren’t generally considered. If you find an older open concept home, like the bungalows built after WWII, these may have had some work in fitting additional bonus rooms on, as people had more money and time for leisure that would fit into an extra room (like a man cave or art studio).

They absolutely do. Because these homes are short and broad, window placement can create a splendid cross-breeze, keeping them cooler in the summer. Additionally, you can use windows to allow more light in during the day, decreasing heating and electric bills while making the most of your exposure to a beautiful landscape. These homes also are perfect for solar panels on the roof as they typically will not have high, sloping roofs. This enables them to add panels and get the most amount of sun throughout the day.

Is a porch a common design feature with open concept style houses?

For sure! Beach houses and bungalows especially love wraparound porches, because they maximize the open concept and sprawl of the home. With bay windows and sliding doors, you can create a seamless flow between the open concept interior and the exterior porch, which makes hosting a breezy party effortless.

What types of roof does open concept style house typically have?

Generally the roof of this type of home will slope slightly or be very gently inclined. This is because they don’t have second floors usually, and the goal of these homes is usually to be economical. A late, sloping roof is definitely not economical, particularly on a home that sprawls wide.

Does open concept style work well with a rustic interior decor?  Or is it more suited to a contemporary interior?

Rustic decor is the best way to decorate one of these homes. The beauty of an open concept is that it makes the home itself feel very large and relaxed on the inside, when in reality these homes are cheaper and smaller than other homes generally are. Because of this, rustic decor makes the interior warm, inviting, and homey, which is great for guests and occupants alike. Rustic decor accentuates the best part of these homes and also makes the potentially off-putting nature of such an open area into a positive, accepting environment.