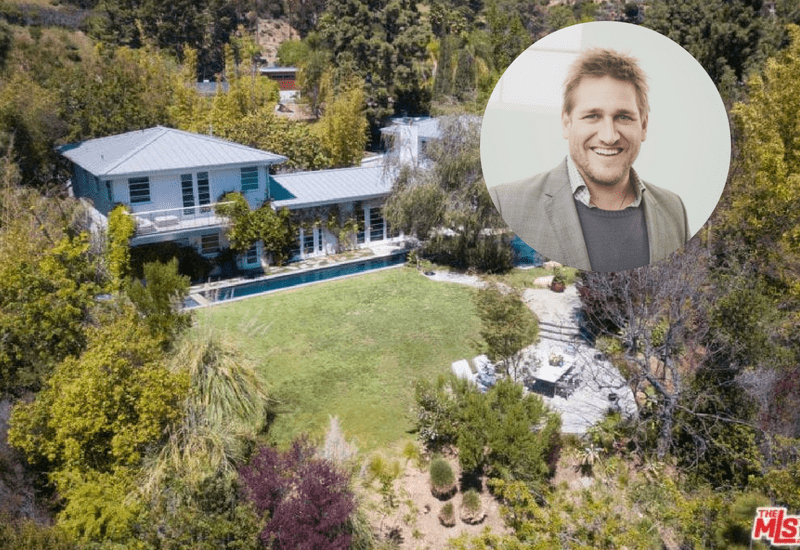 Curtis Stone is a world-known chef and host of Bravo’s Top Chef Primarys and Around the World in 80 Plates.

Stone started his culinary career in Melbourne as a chef at The Savoy Hotel’s 5-star restaurant. He travelled to London without money and job to pursue a much better career so he volunteered to work for free at The Grill Room at Café Royal under chef Marco Pierre White just to gain experience in kitchen. Upon showcasing his bright talent and unrivaled culinary skills, Stone went on to become head chef at White’s Quo Vadis and later on opened his own restaurant, Maude, in Beverly Hills, California.

After his success, Stone tried his hand on TV, first teaming up with fellow chef and friend, Ben O’Donoghue to star in Surfing the Menu, where they traveled the Australian coastline and cooked locally grown food. After three years, Stone finally got his biggest break on TV, as he made his debut on U.S. Television appearing on his own show, Take Home Chef, as well as on The Biggest Loser, The Today Show, America’s Next Great Restaurant, Bravo’s reality show Top Chef Primarys and Around the World in 80 Plates.

Apart from his success in TV, Stone is also a bestseller culinary author, publishing four books including Relaxed Cooking with Curtis Stone: Recipes to Put You in My Favorite Mood, teaching the audience to use simple flavors and locally grown, organic ingredients whenever possible.

Curtis Stone is looking to fill his bank account both inside and outside of the kitchen, listing his six-bed and seven-bath Hollywood Hills home for $16,000 a month. The house is built in contemporary style by Paul Hinckley, featuring materials such as glass, wood, and concrete, allowing sunlight to pass through the home.

Family and friends are welcomed by beautiful walkway surrounded by healthy lawn, plants and trees. The living space offers comfortable contemporary seats and lighting along with a fireplace and doorway leading to outdoor space while the dining room boasts a round dining set with several wall decors and bookshelves. The kitchen features a smooth and thick marble countertop on both sink and center island. There’s also a kids room featuring contemporary furniture and wall decor while the primary suite offers a queen size bed and a deep soaking tub with a doorway leading to a private balcony overlooking the stunning property.

Outside, the customized swimming pool mirroring the Hollywood Hills skies awaits while the garden offers a walkway surrounded by the lawn garden and beautiful landscaping and multiple sitting lounges. 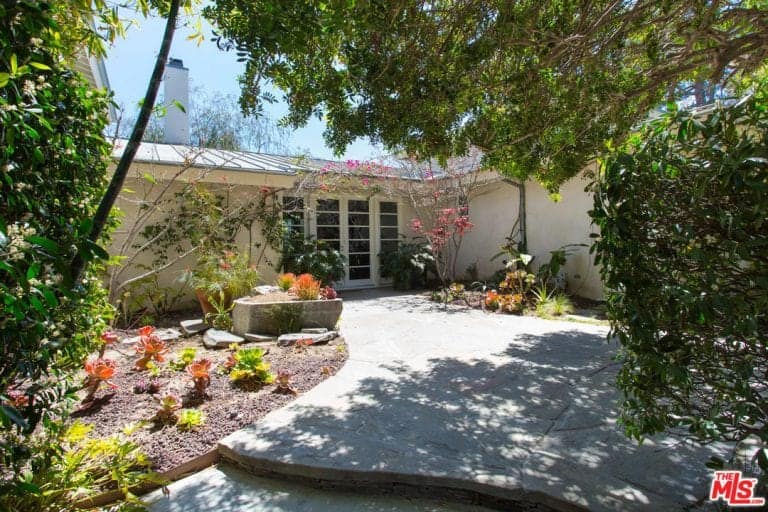 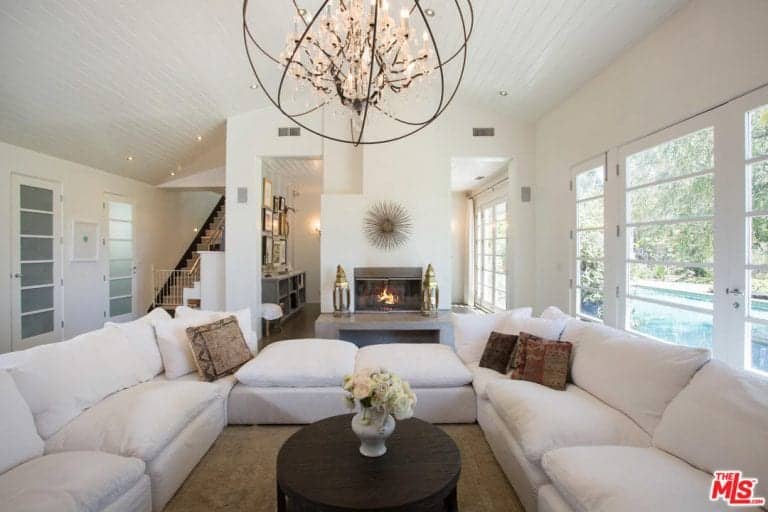 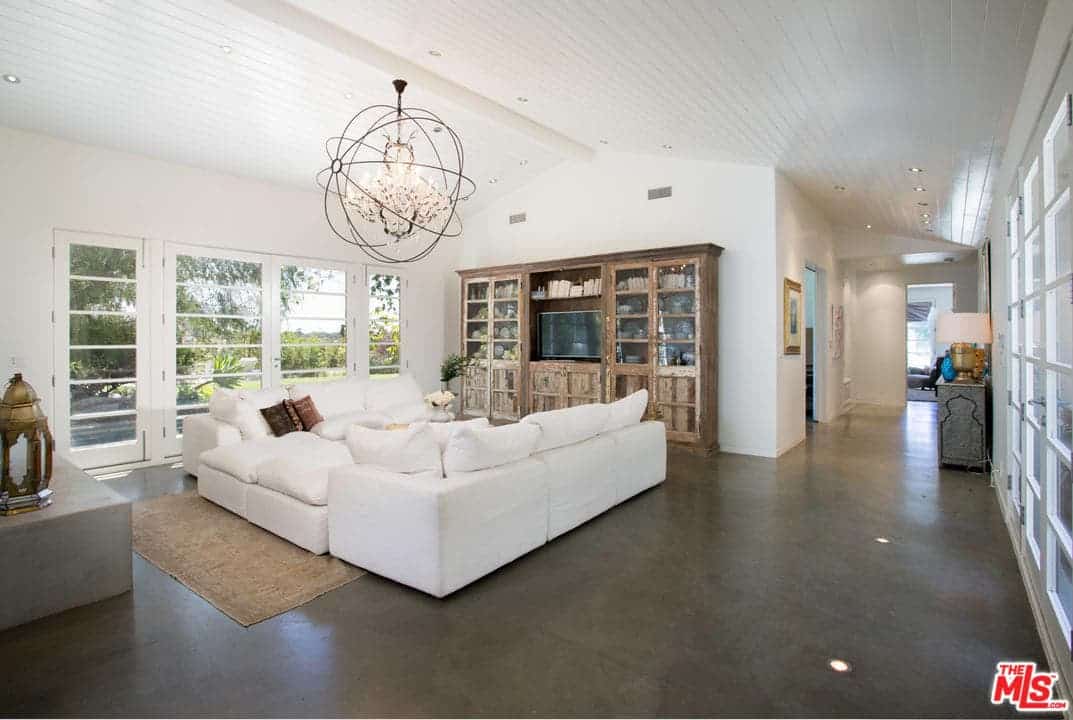 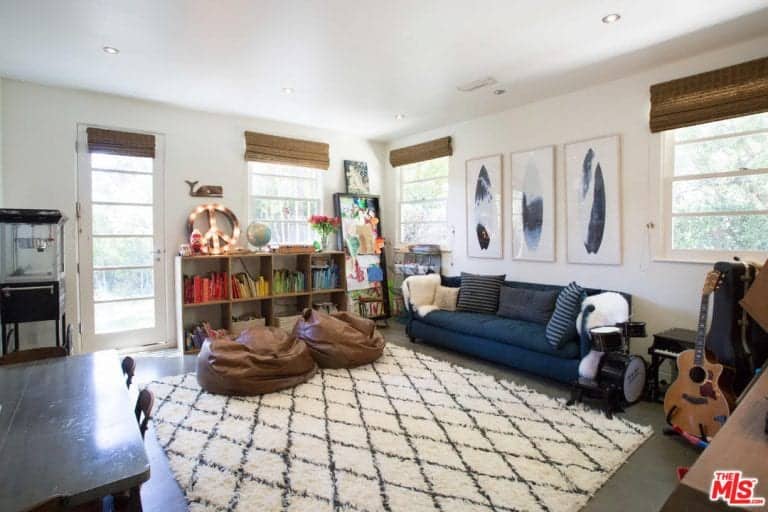 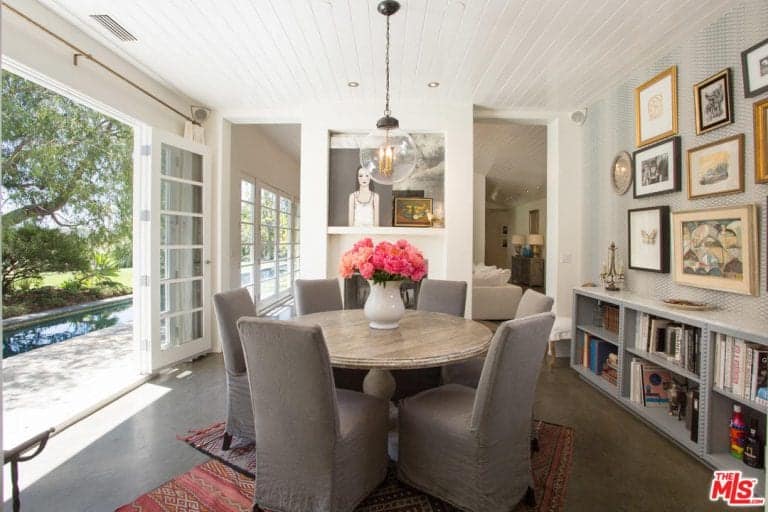 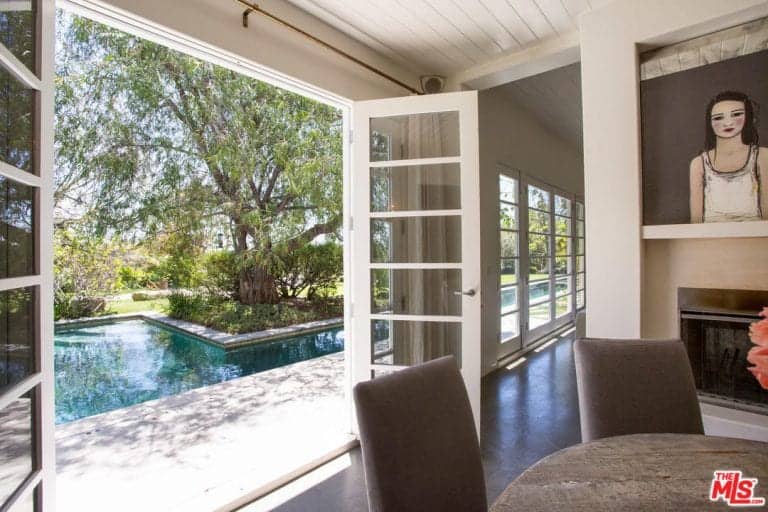 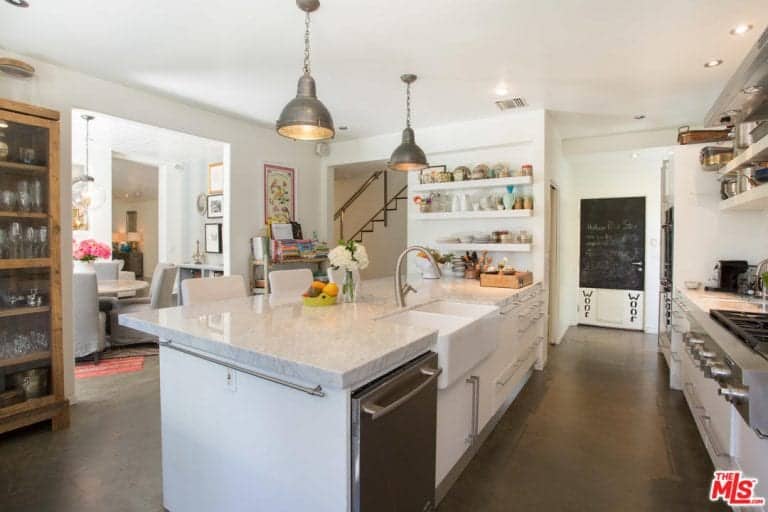 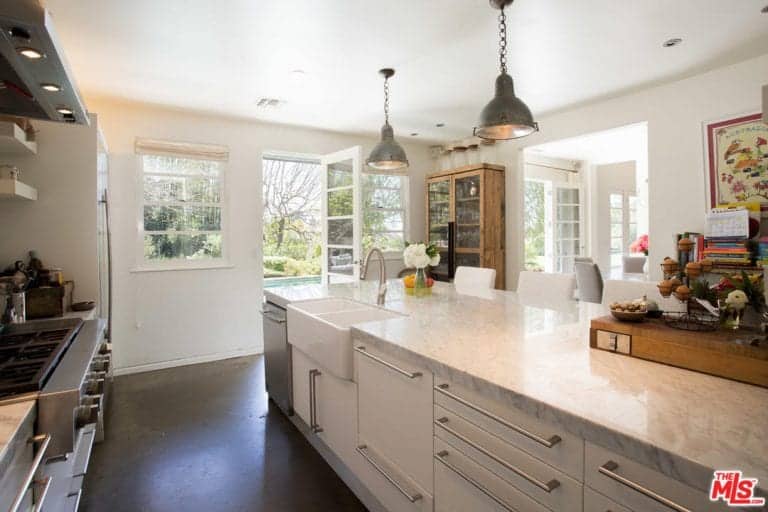 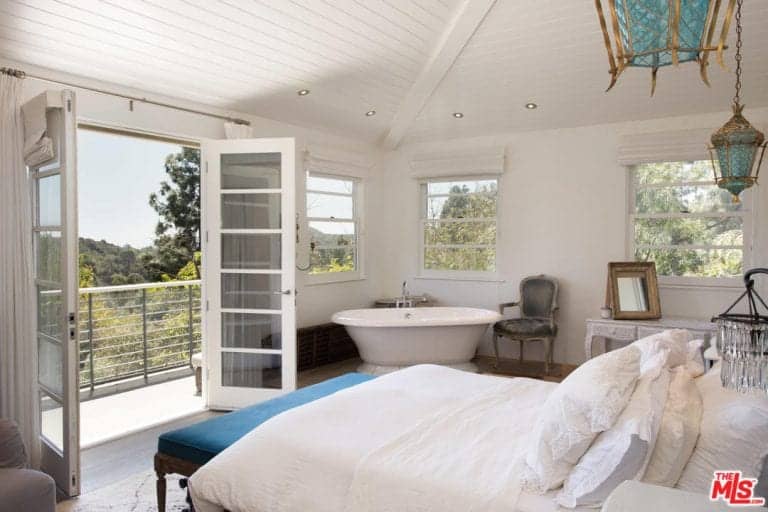 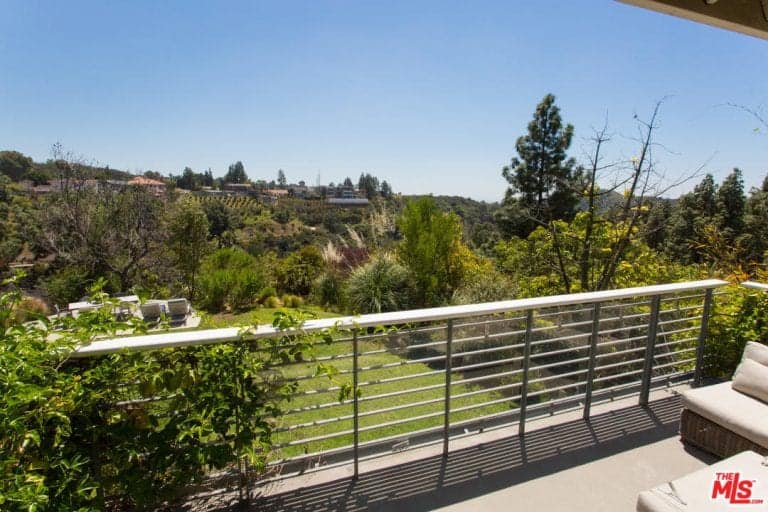 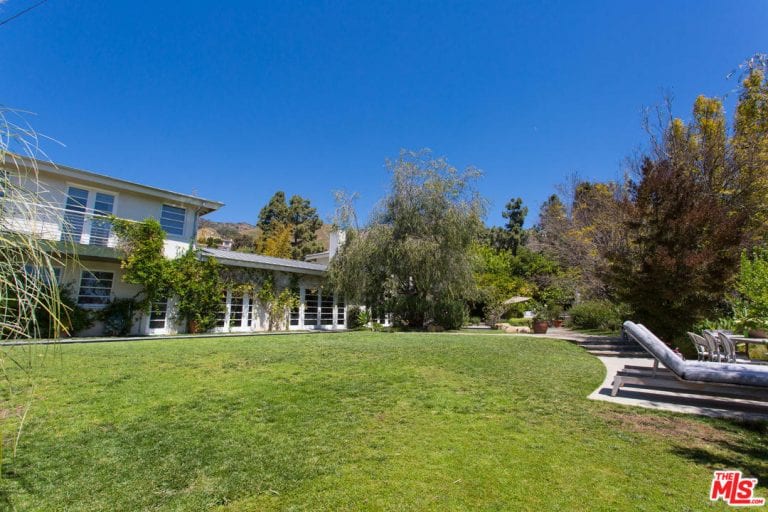 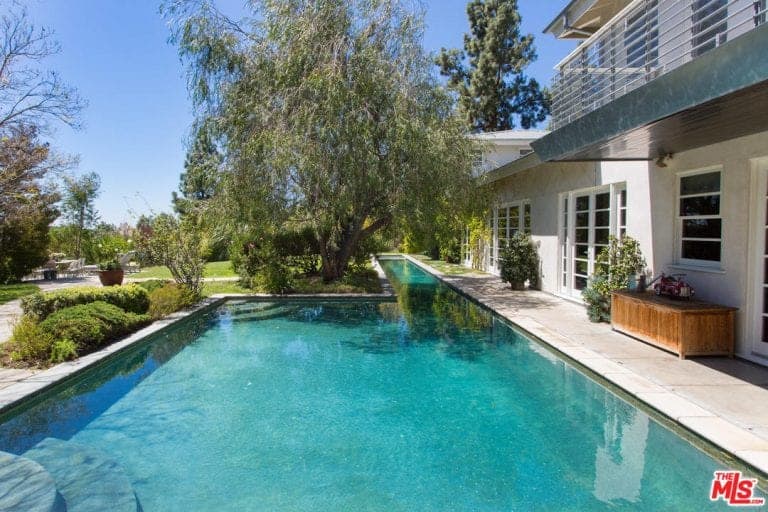 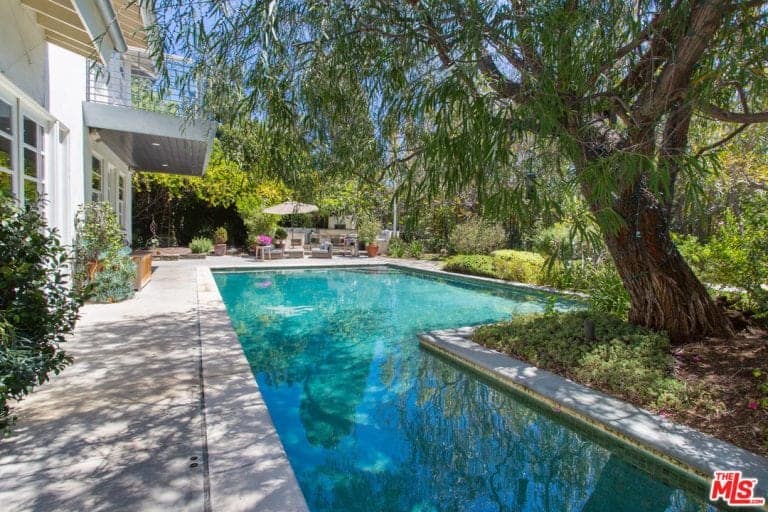 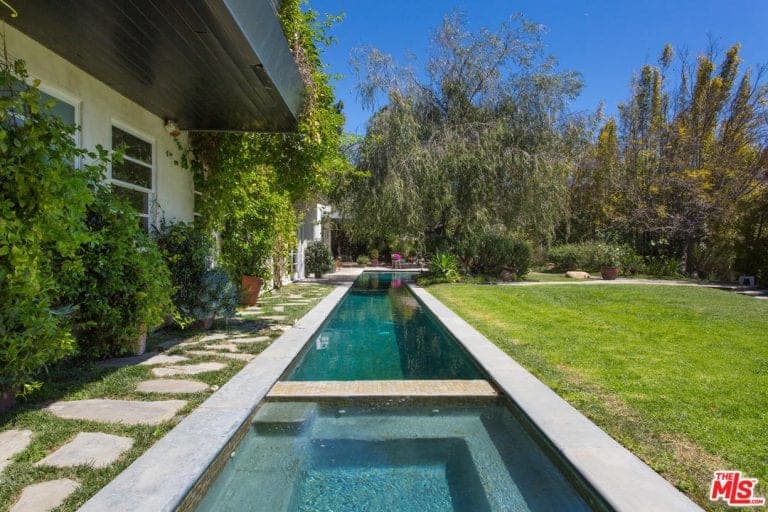 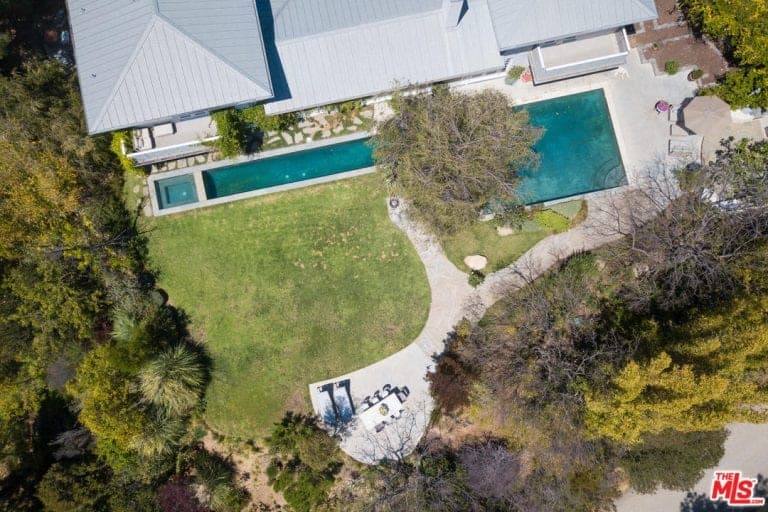 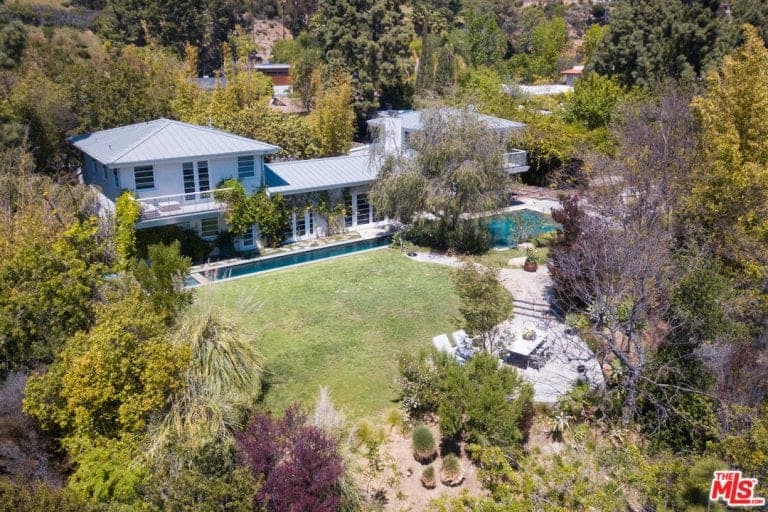 CelebrityNetWorth.com estimates his fortune at $16 million.