If you love master-planned communities with close proximity to amusement parks like Celebration, Florida, here are 15 more towns that offer the same influence and vibes. 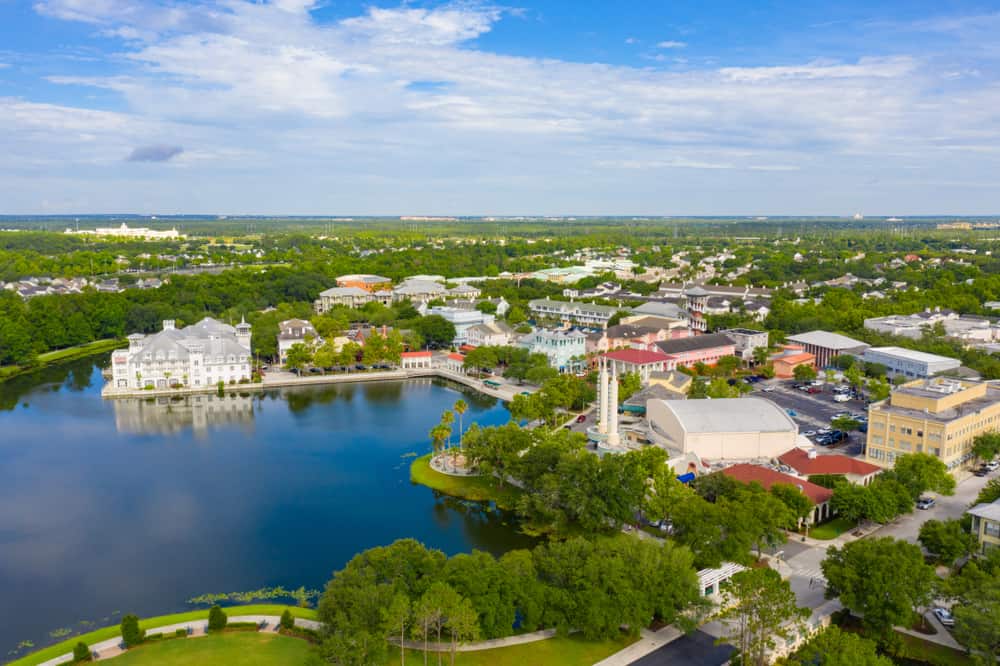 This community provides an example of New Urbanism, a movement that promotes walkable cities. Celebration has a relatively small population, with about 10,000 people. It boasts historic-style architecture with a heavy colonial influence. Of course, all of this planning comes with a price tag. Celebration has a high cost of living.

So, what makes a town similar to Celebration, FL? It depends on which factors matter most to you. Do you want a town that’s close to an amusement park? A master-planned community? Or is it the architecture that draws you to this town? You’ll find these factors in the towns we’ve listed below. 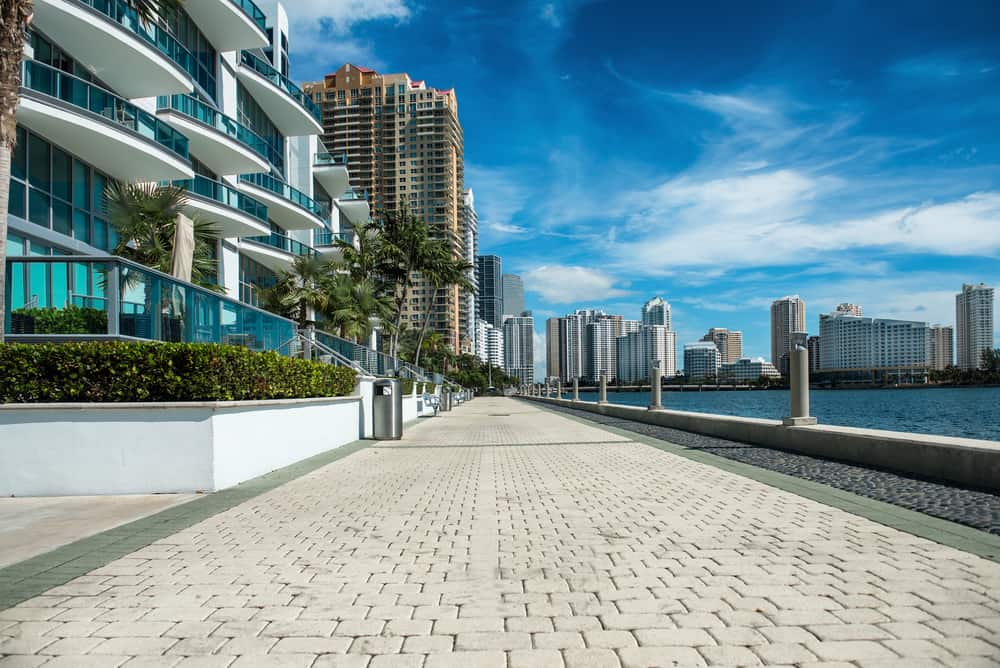 Much like Celebration, Harmony is a master-planned community. This small town (about 1000 people) was built with sustainability in mind. It’s also an example of New Urbanism, as it’s a highly walkable community where residents don’t have to rely heavily on cars.

As a small town, Harmony doesn’t have a big tourist presence, but in many other ways, it bears a striking resemblance to Celebration. Its main industry is real estate, and it offers several things to do, including a golf course and restaurants. 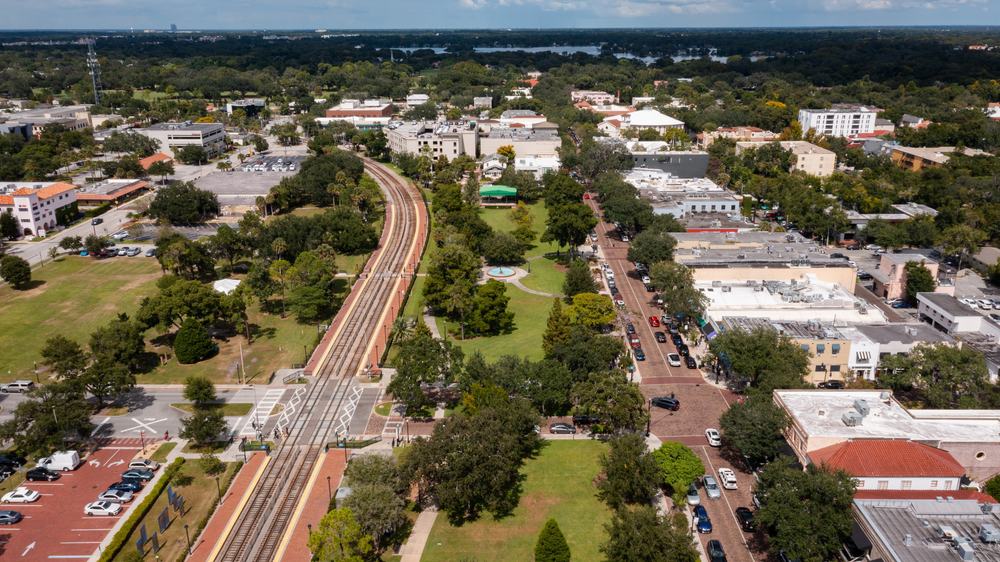 Another similarity comes from the bright, cheery colors in this town’s architecture. Winter Park, however, is more than 3 times the size of Celebration, so keep that in mind if town size matters to you. Its economy includes things like education, healthcare, manufacturing, and retail. 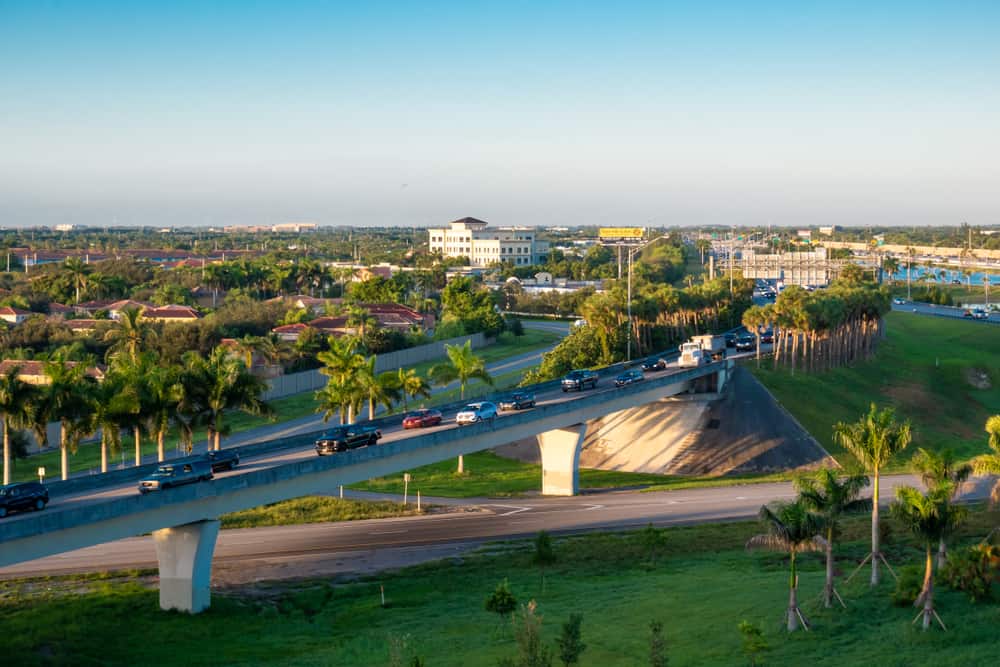 As yet another planned community in Florida, Horizon West is also similar to Celebration. With a population of 14,000, this medium-sized town has plenty of activities. It has a big focus on entertainment and the arts.

It also has a big retail industry and food service industry. It may not be a major tourism spot, but it does offer fun things to do, including Disney-related activities. Its cost of living is similar to other planned communities in the area. 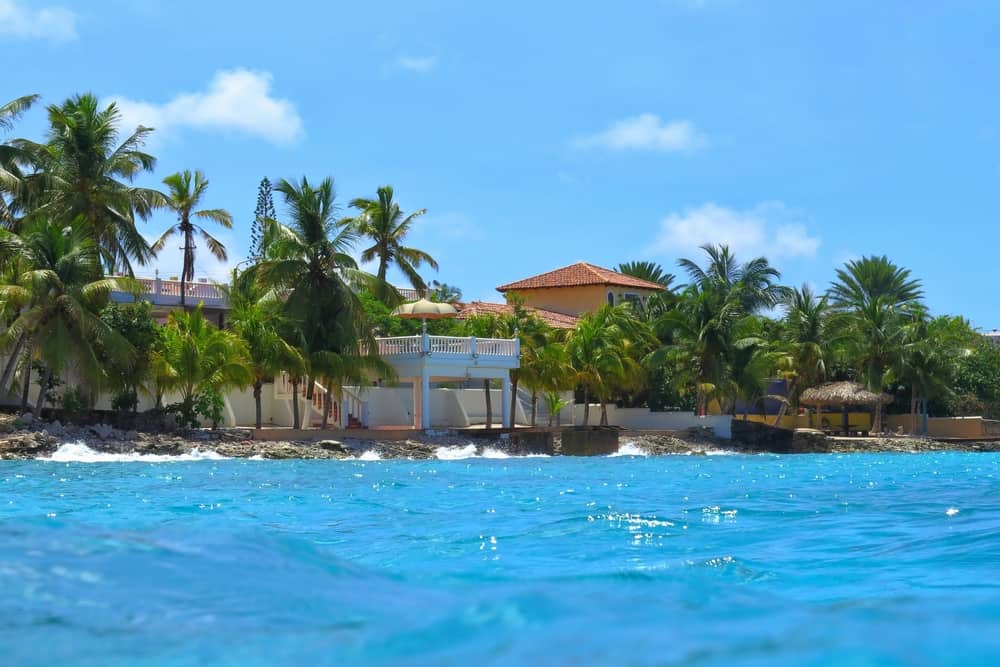 Reunion, FL has a lot in common with Celebration. It’s not far from Celebration, so it also provides quick access to Disney.

It’s a planned community, and it’s part of the New Urbanism movement. As a result, it makes a good spot for walking and shopping.

Its population is about twice the size as Celebration. Other than that, Reunion and Celebration don’t have a lot of differences. If you want to visit Disney World but don’t want to stay at the park, Reunion has comfortable resorts. 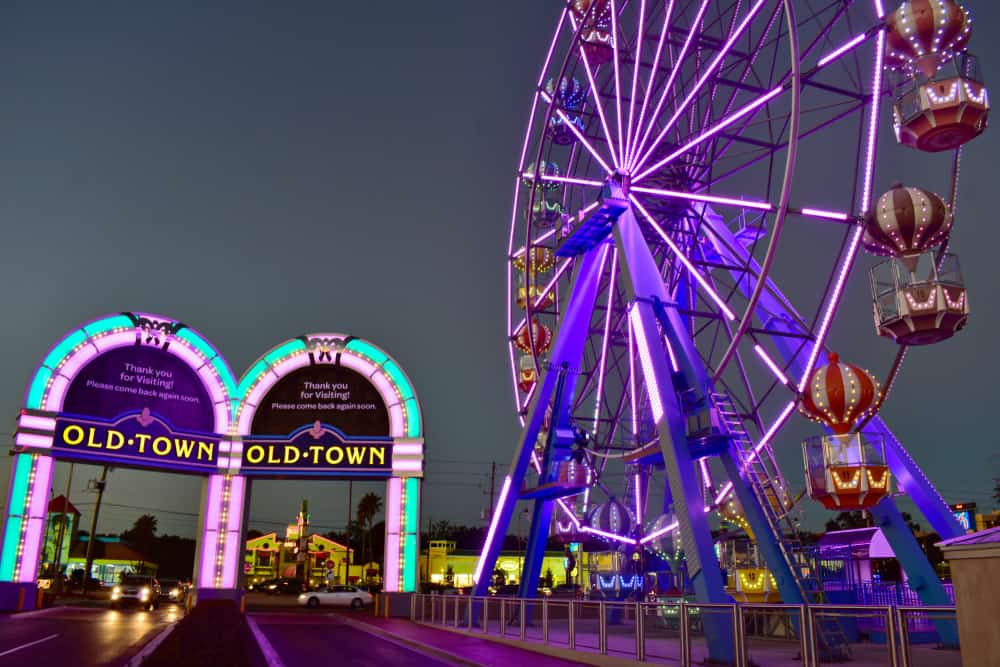 Kissimmee, FL earns its spot on this list thanks to its proximity to Disney World. A lot of people who visit Disney stay in this town.

Of course, Kissimee has its own activities, like playgrounds, parks, and restaurants. It’s a very tourist-friendly city. It even has its own theme parks, in case you find Disney a bit too crowded or overwhelming.

With over 71,000 people, Kissimee has a much larger population than Celebration. Still, it’s much smaller than Orlando, so it makes a good choice if you’re looking for something in-between. And though it’s not necessarily cheap, Kissimmee offers lower prices than Orlando does. 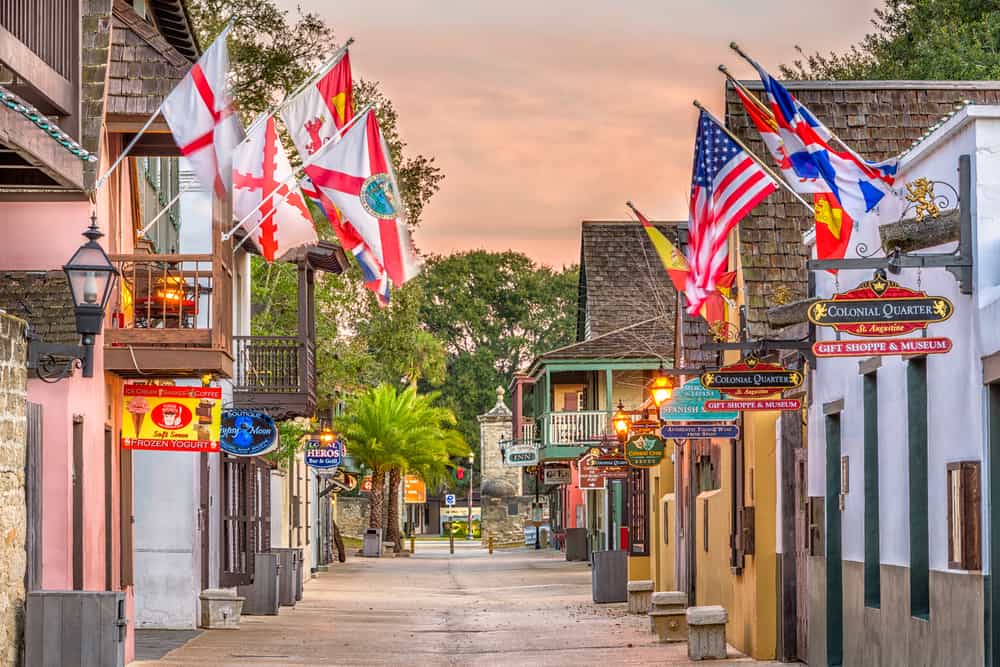 Much of its economy comes from recreation and tourism, as this is a popular spot for history lovers. It also has some lovely beaches.

Its year-round population (about 14,500) isn’t much bigger than Celebration’s population. However, because of its tourism, the population can seem a lot bigger.

Prices in this city can vary. For instance, while the real estate market is more expensive than most, other costs, like transportation and utilities, are somewhat lower than average. 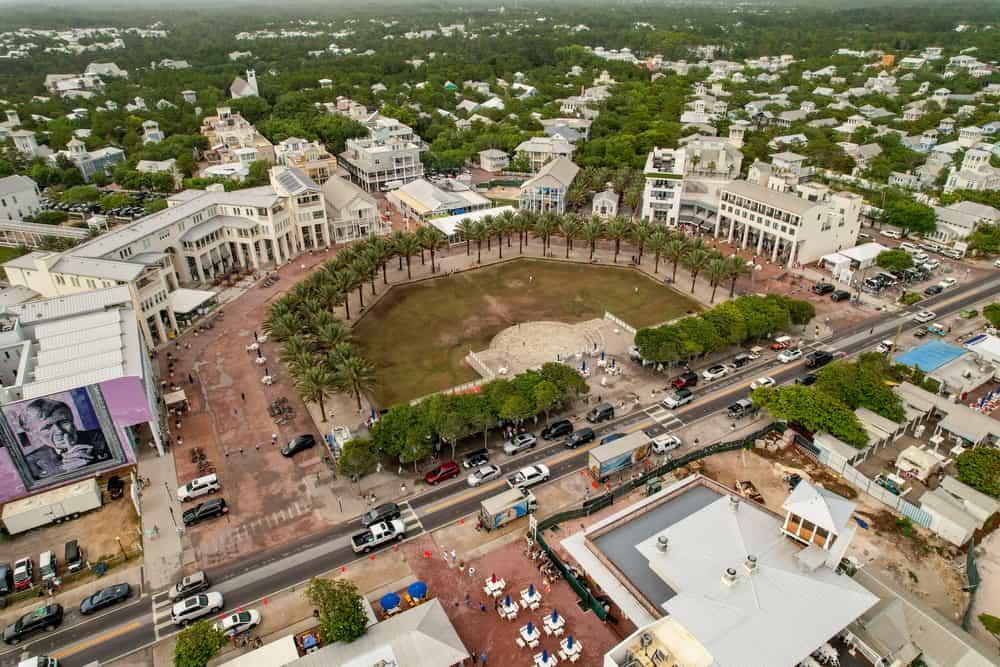 Florida has a lot of vacation options, but most of them boil down to one of two things: beaches and theme parks. Celebration leans toward the theme park side. Seaside, as you probably guessed, is all about the beach.

Still, it shares a few things in common with Celebration. It’s a planned community that draws most of its money from tourism. Speaking of which, you can expect high prices from Seaside. Even so, a lot of people love Seaside’s variety and brightly-colored architecture.

Aside from lounging on the beach, Seaside visitors can enjoy unique shops and restaurants. The community is also highly walkable. 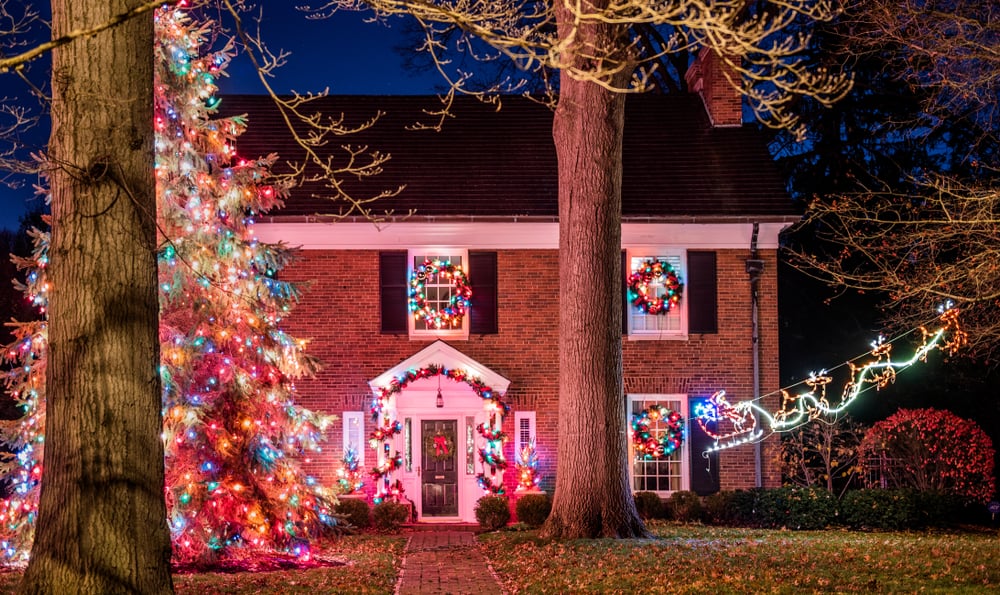 As the first non-Florida town on this list, Santa Claus doesn’t look like it has much in common with Celebration. And this town definitely has a lot of differences. It’s much smaller, with roughly 2,700 people who live here year-round. And because it’s in Indiana, the climate is very different from Florida.

So why does it make this list? Because like Celebration, Santa Claus is built around a theme. Once the residents chose the name “Santa Claus,” they ran with that theme and never looked back.

This town even has a theme park called Holiday World, with sections dedicated to Christmas, Thanksgiving, and other holidays. Of course, Holiday World isn’t nearly as big or well-known as Walt Disney World. But on the plus side, that means the prices are much, much lower. 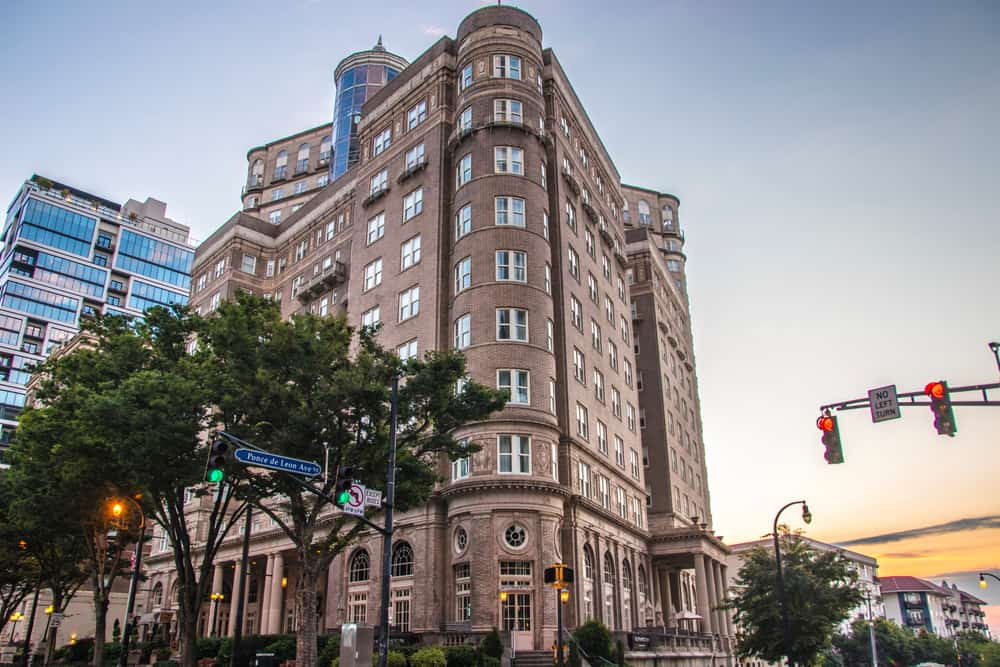 Though it’s over 4 times larger than Celebration, Peachtree Corners makes this list thanks to its status as a planned community. Its economy includes a lot of office buildings, and it’s been described as a “business-friendly” environment.

It’s not a tourist-centered city, but it does offer things to do, including parks, museums, and a sculpture garden. It also has an indoor adventure center called Nitro Zone.

Keep in mind that you can expect a high cost of living from Peachtree Corners. Like many planned communities, this city has high housing costs. 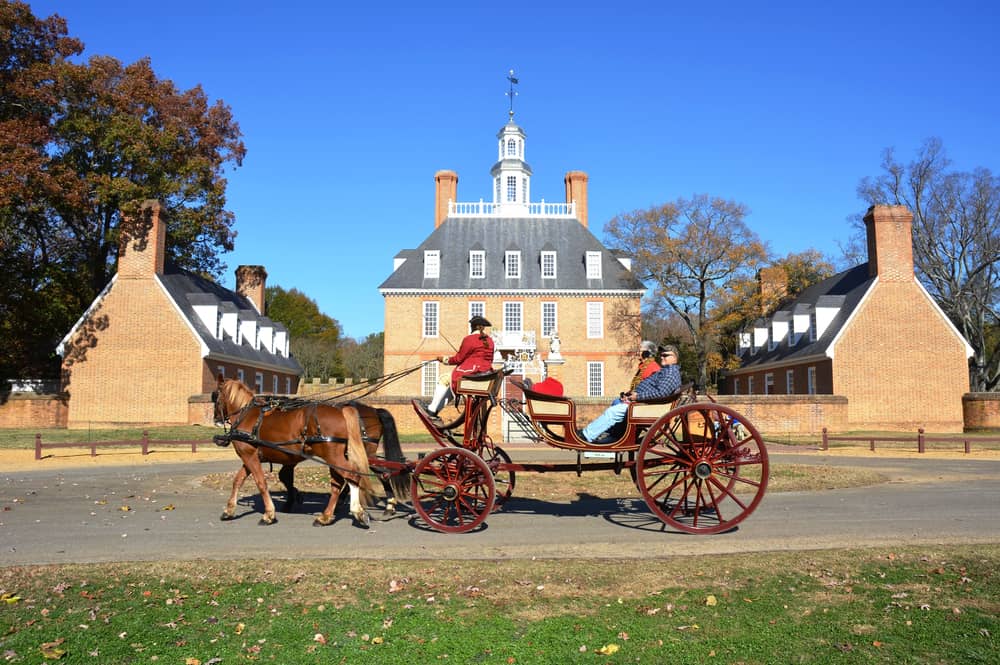 Williamsburg, VA provides more history than rollercoasters, but its architecture provides some similarities to Celebration, FL. However, this town is much older than Celebration. Its colonial architecture comes from colonial history. Williamsburg played a huge part in the Revolutionary War.

However, Williamsburg has many contemporary homes that wouldn’t look out of place in Celebration. And this town is a popular tourist destination for those who want a vacation without Florida’s humidity.

Williamsburg isn’t much bigger than Celebration, either. It has a population of about 15,000 people. And Williamsburg offers a better cost of living. Though it’s higher than the national average, it’s lower than a lot of places near Orlando. 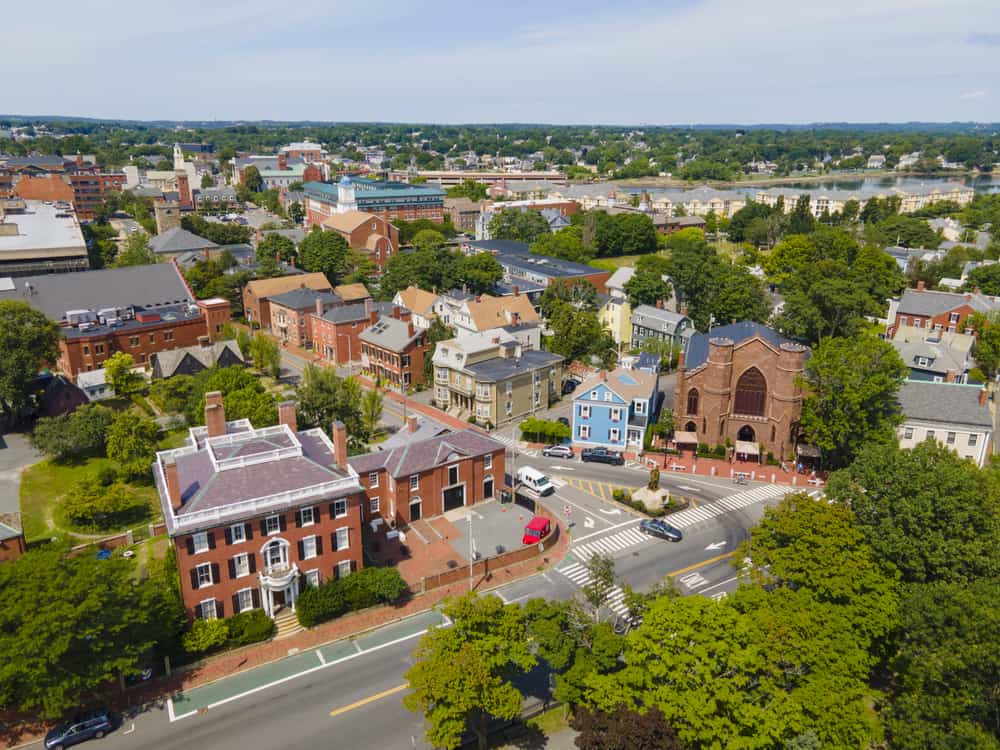 You’ll recognize Salem as the site of the famous Witch Trials. So how exactly is this town like Celebration, FL? You guessed it: It’s the architecture. Salem maintains a lot of its colonial homes and buildings. But keep an eye out — A lot of these buildings are said to be haunted.

Salem, MA has a lot of tourism and over 43,000 residents. Because this town was built before cars were invented, it also has a lot of walkable areas. Its cost of living is also similar to that of Celebration. 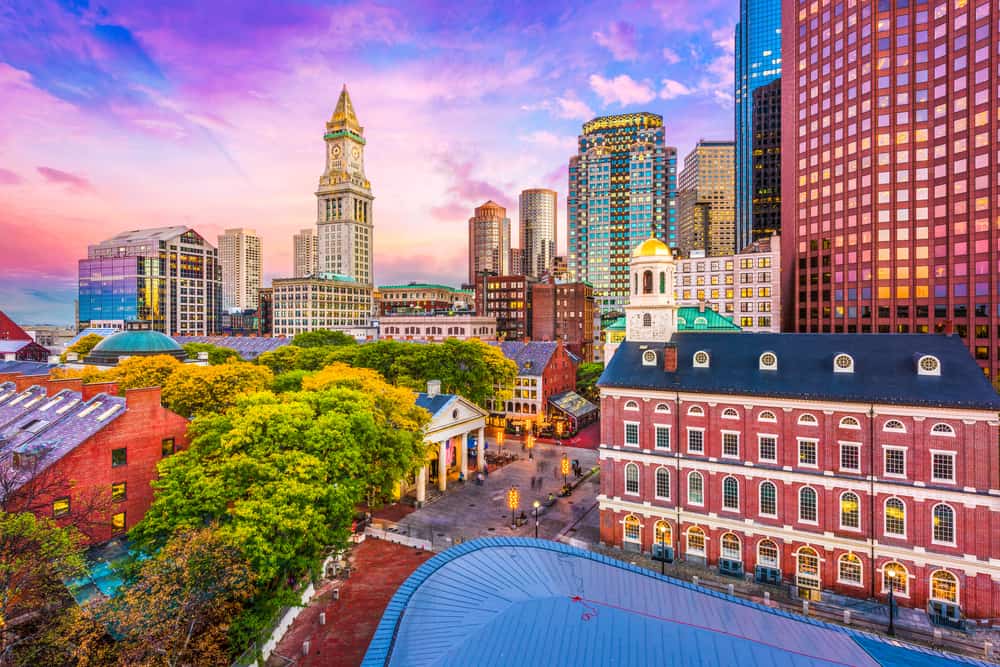 Boston, MA is yet another colonial town, so you’ll spot a lot of buildings that look similar to the ones in Celebration, FL. Of course, this city is much, much larger than Celebration. It has more than 684,000 people.

Because of its size and history, Boston offers a lot of things to do. Visitors can enjoy history tours, sports, nature, the arts, and much more. This history tours will give you the biggest resemblance to Celebration.

Boston’s economy isn’t super focused on tourism, though. Its biggest industries include healthcare, education, and finance. Keep in mind that Boston is a highly expensive city. Make sure you plan your budget before you go. 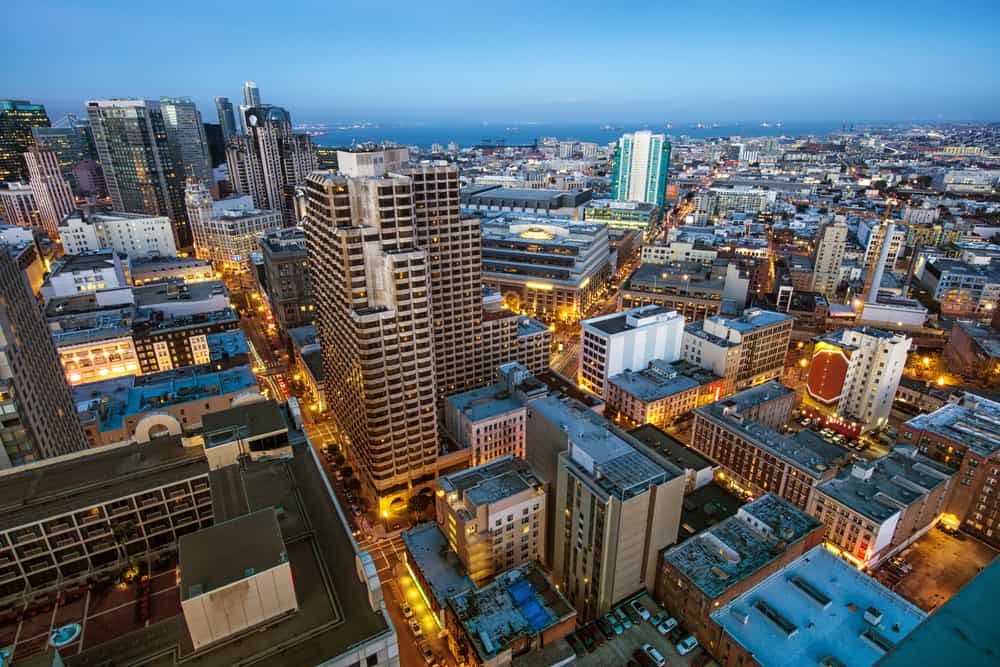 San Francisco doesn’t have too much in common with Celebration, at least not at first glance. It has nearly 875,000 people, and it’s not a planned community. But the California climate is often very similar to Florida’s warm weather. Plus, it’s one of the most walkable cities in California.

Like Celebration, a lot of San Fransisco’s economy comes from tourism. This city has lots of activities. The downside? This city also has an extremely high cost of living. It’s more than double the national average. 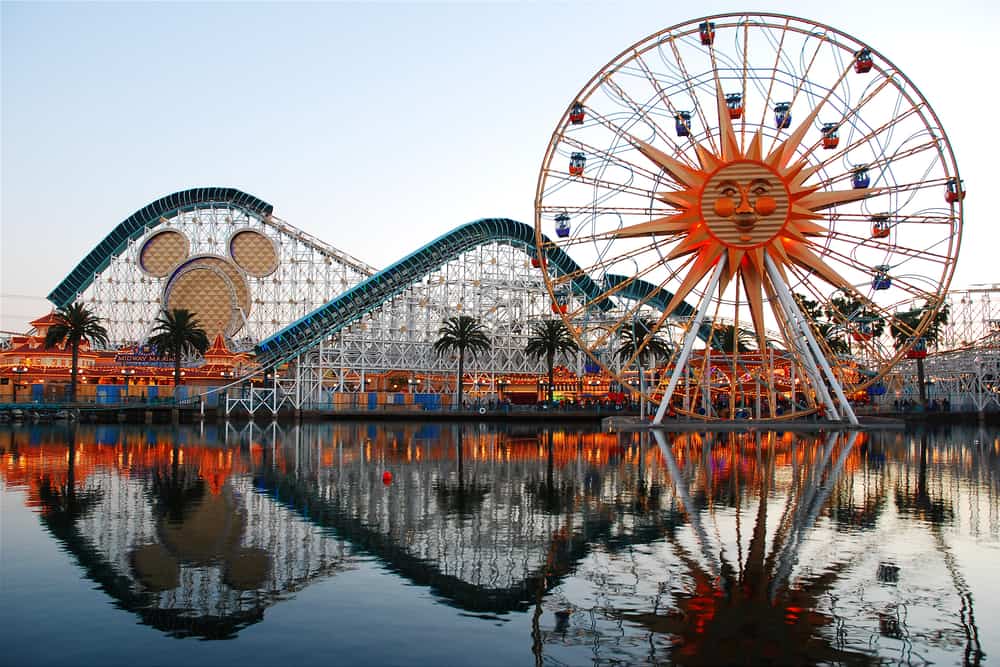 One thing that sets Celebration apart is its connection to Walt Disney World. Anaheim, CA makes this list for a similar reason: It’s the home of the world-famous Disneyland. If you want to visit the very first Disney park, Anaheim provides easy access.

Anaheim’s biggest industry is tourism, for obvious reasons. This city is home to more than 350,000 people. If you visit Anaheim, you can expect higher prices than you’d find in the Orlando area. Keep your budget in mind when you plan your trip. 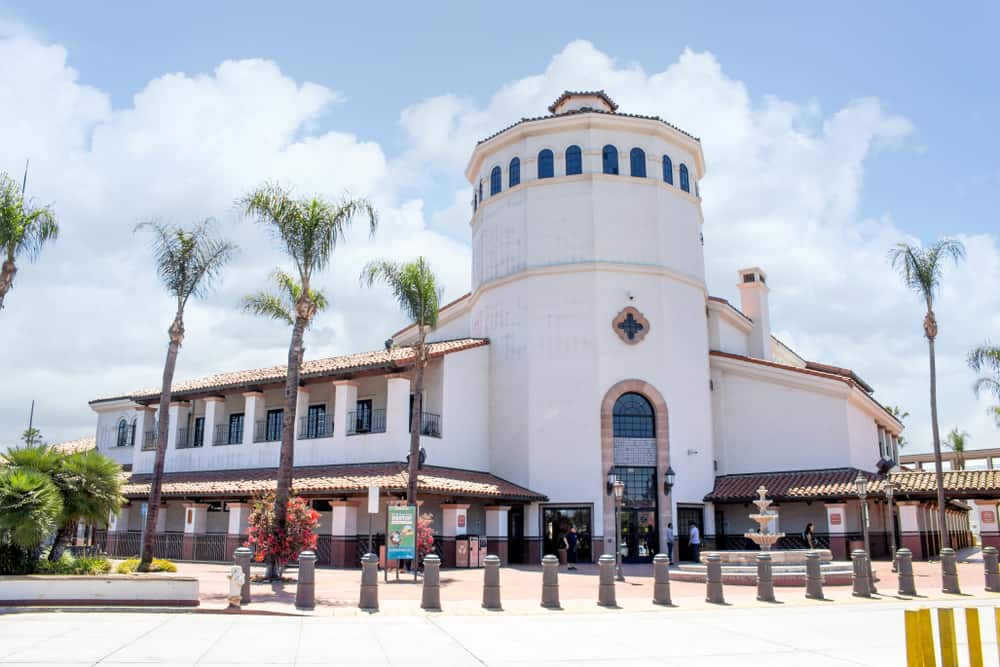 Anaheim is about as close as you can get to Disneyland, but Santa Ana is also very close to the park. This Disneyland connection is why Santa Ana makes the list. And like Celebration, FL, Santa Ana features a lot of interesting architecture. It also has some areas with a high walkability score.

Santa Ana’s largest industries are retail and manufacturing, and the city is home to more than 330,000 people. As a big city, Santa Ana offers a lot of attractions. Santa Ana’s cost of living is high. It’s similar to Anaheim and other Disney-adjacent towns.