Whether you love Charleston's history, major universities, tasty southern cooking, or its small town feel, these 10 similar towns can also provide you with the same qualities. 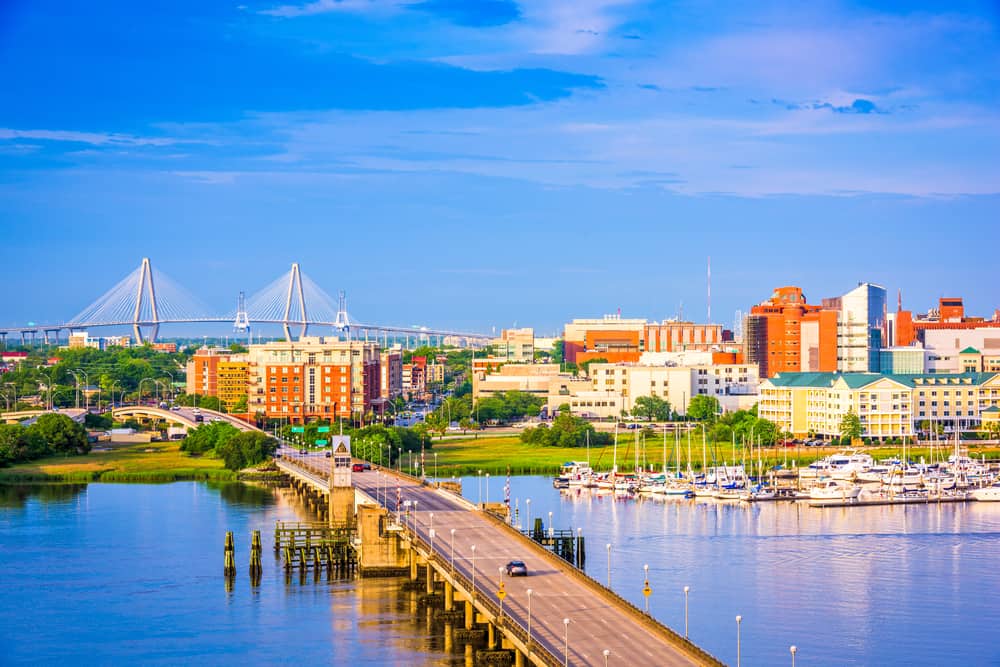 When you look for cities like the charming southern gem of Charleston, SC, you’ll have a tough time finding any that can match it feature for feature. Charleston offers a historic location that focused on preservation and allowed new building to foster the city’s growth. A strong business community ranges from local farmers who offer their crops at the farmer’s market to major corporations who cited their headquarters in the coastal locale.

Despite its growth, it retained its charm. You can still find handmade goods transported by ferry from South Carolina’s barrier islands, such as Daufuskie, Edisto, Sullivan’s, and others. Some of its residents still speak Gullah, a language native to the region that merges the linguistics of the native languages of those who were brought to the US during times of slavery and American English.

Nearby islanders weave handmade baskets, artists paint landscapes of the city’s harbor, beaches, and nearby forests.

Matching Charleston’s educational opportunities provides a tough contest, too. It offers strong public schools and some of the best private schools in the country. You can also find higher education opportunities at The College of Charleston, The Citadel, and Trident Technical College.

The city offers many parks, including The Battery, located on the seashore. There’s also a vibrant art and entertainment community and the city offers the internationally recognized Spoleto Festival. A plethora of bedroom communities abounds nearby, including Mt. Pleasant, Seabrook Island, Folly Beach, and North Charleston, all within a quick commute.

Those willing to drive a commute just under an hour could choose from the nearby communities of Hanahan, Summerville, Walterboro, Cottageville, or tiny Round-O.

But what do you do if you want to live in Charleston, but your employer has no offices there? Perhaps the cost of living in Charleston puts it out of your opportunity list. Don’t worry.

Many southern cities in the Deep South and even a few to the north can offer many of the qualities of this seaside jewel, even if they lack its beaches and golf courses.

If You Love Charleston’s History… 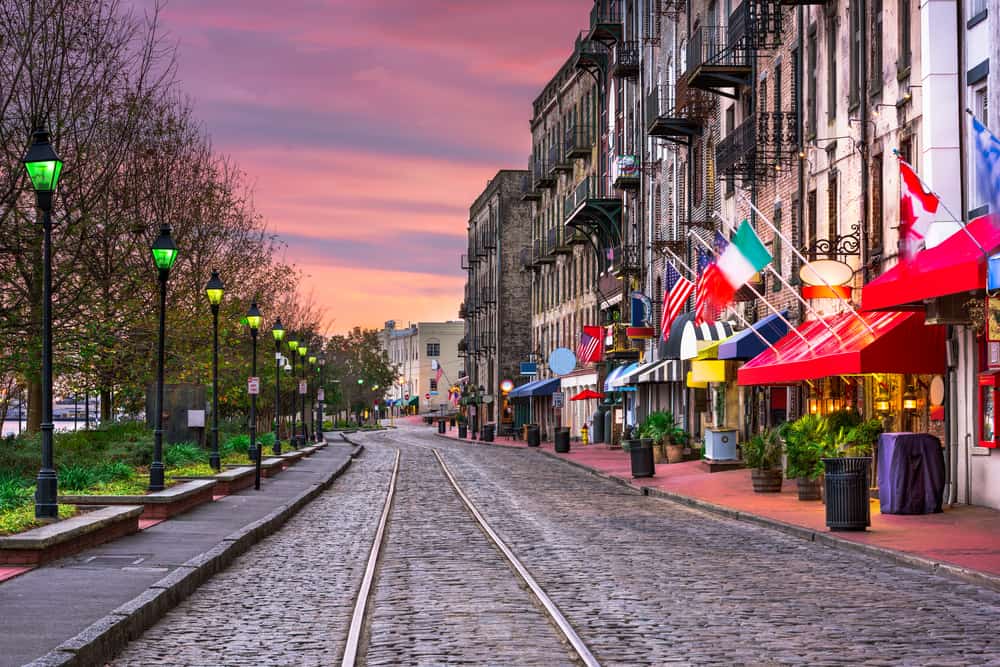 You can find a few other locations that can match Charleston’s spot in history since it belongs to one of the 13 original colonies. Savannah, GA comes close though. Another fine southern city of the Deep South, you can still nab boiled peanuts from a street vendor or buy pralines in nearly any grocery. You can also enjoy the depth and breadth of American history in this city that played a key role in the US Civil War.

Explore Sherman’s march through the city and its subsequent rebuilding on your days off. This seaside city also offers fabulous golf courses like those in Charleston and some of the oldest in the US. 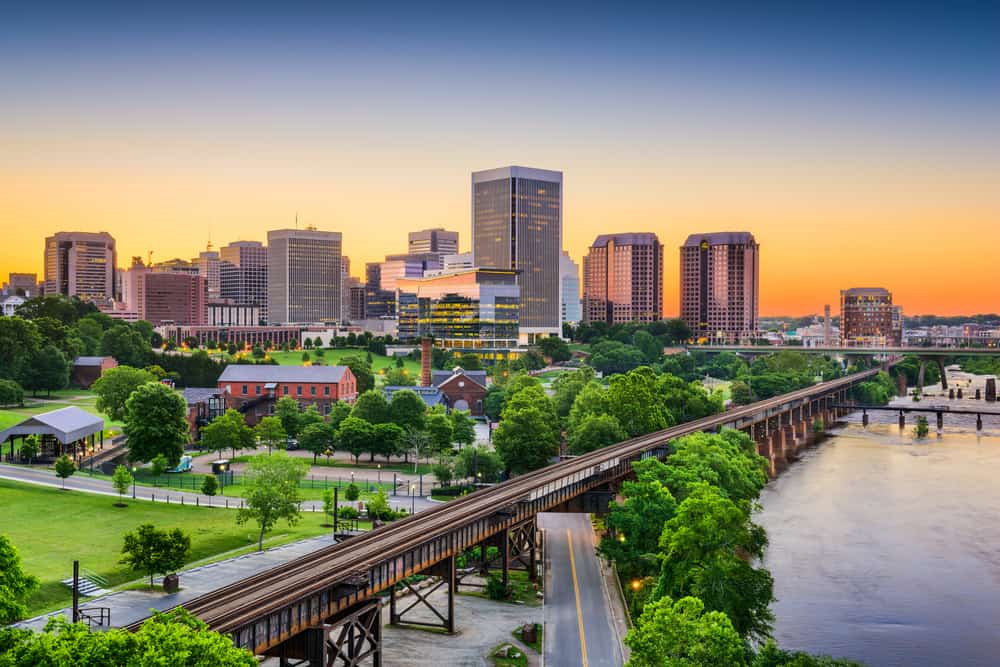 Another colonial city that grew and blossomed, Richmond provides a more industrial business climate than the port cities of Charleston and Savannah, both of which host massive US military bases. Established in 1607, this inland city proved key to the independence from Great Britain and the Civil War. You still can live on the water but on the James River instead of the Atlantic Ocean.

The great Patrick Henry delivered his stirring speech, “Give Me Liberty or Give Me Death,” in this city.

If You Love Charleston’s Bustle… 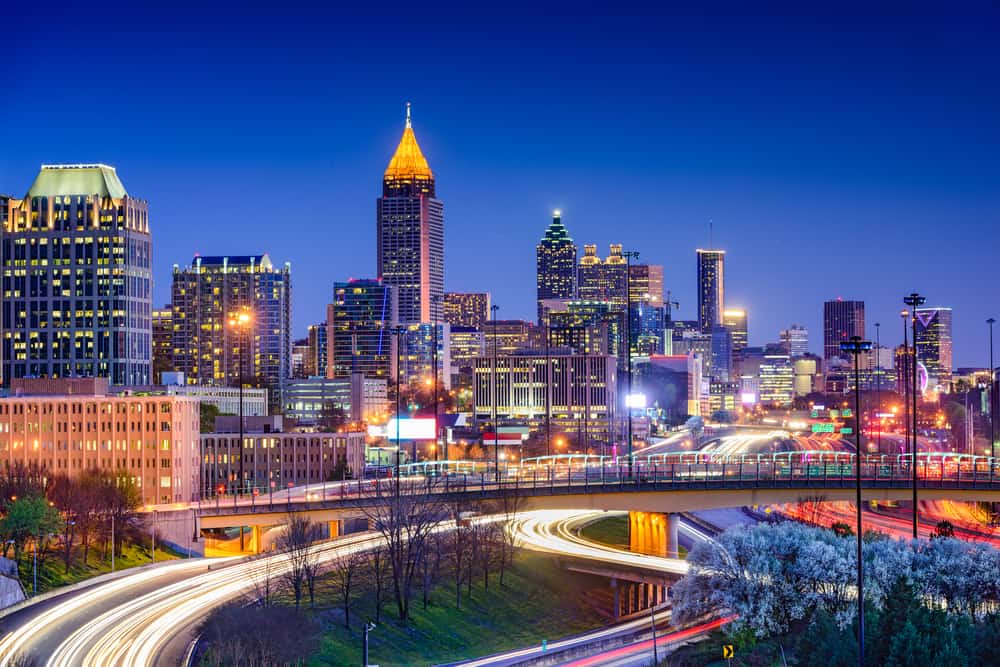 Since Charleston’s growth during the mid-to-late- 21st century, it now offers a bustling entertainment industry. If you enjoy its theatres, restaurants, nightclubs, festivals, and concerts, you can find an even larger city in Atlanta, offering the same great features. Atlanta provides increased job opportunities and a larger selection of educational opportunities.

It also hosts nightclubs similar to those found in New York City or Los Angeles plus a vibrant rap and Hip-Hop scene. Many of music’s biggest names either live in Atlanta or travel here to record. You get pro sports, too, with the Atlanta Braves. 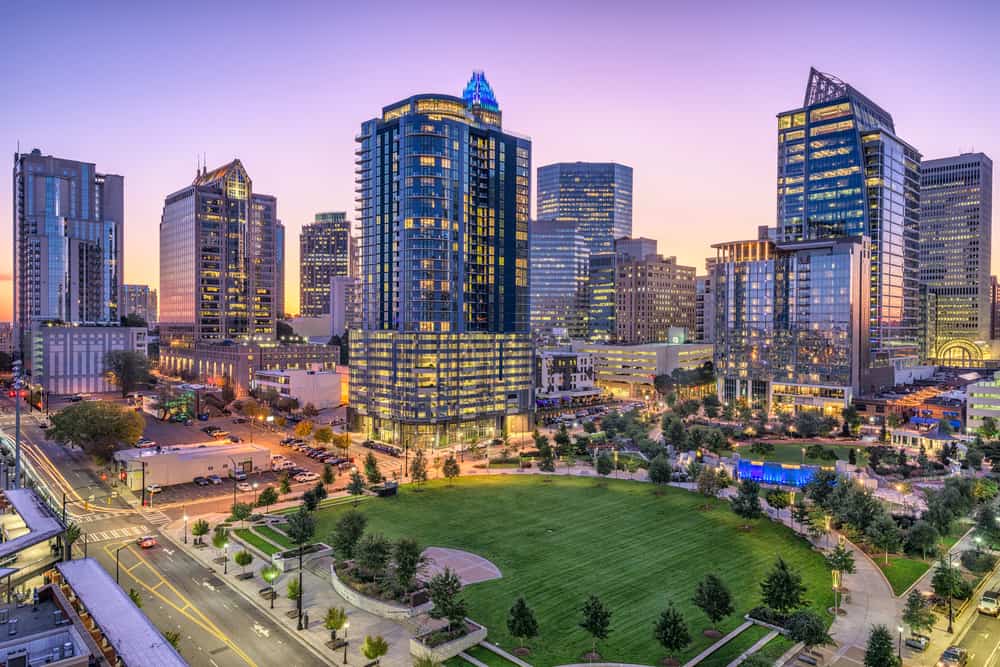 Perhaps Atlanta’s size puts you off, but you want the activities of a city larger than Charleston. Charlotte, NC provides that middle ground. Closer to the charm of Charleston, but with the Carolina Panthers, an NFL football team, Charlotte provides a wealth of fun and opportunity.

The US Postal Service sited one of its largest sorting facilities here and many industries move to Charlotte to open headquarters in its reasonably priced metropolitan area.

If You Love Charleston’s Schools… 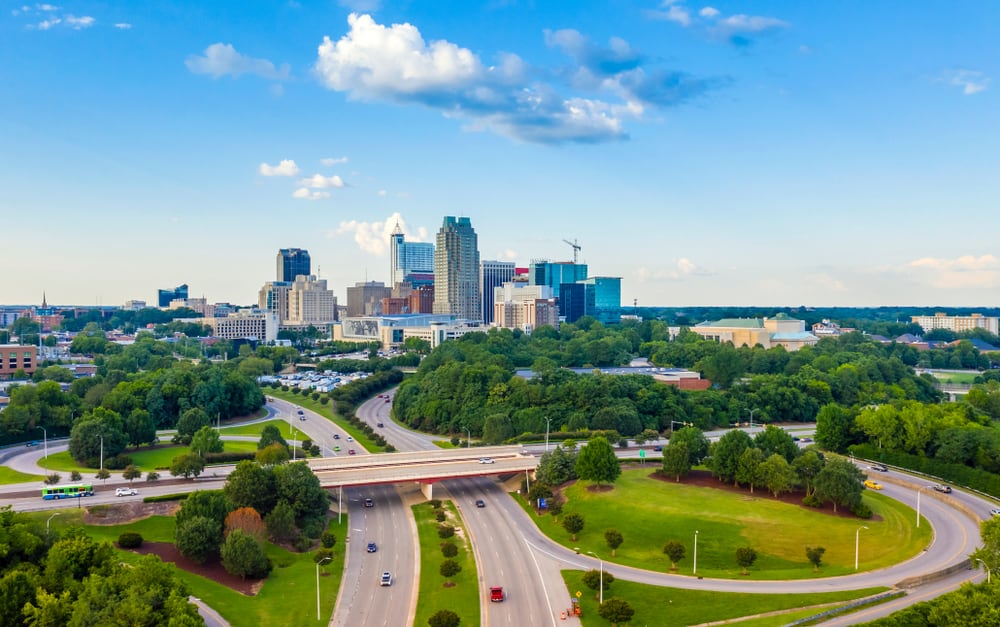 You’ll often see Raleigh-Durham written on documents, but the two cities are separate entities. Each has its own charm and luster. Together with Columbia, SC, they form the Research Triangle, a reference to the research and development that takes place at the major universities sited in each of the three cities.

See also  Should I Use a Broker to Sell My Home?

The nearness in physical proximity to one another enabled researchers at each of the three cities to work together on projects long before remote work took place. With a little more than 460,000 residents, it offers a mid-sized city with plenty to do and tons of job opportunities. In Raleigh alone, you can choose from ten colleges and universities. 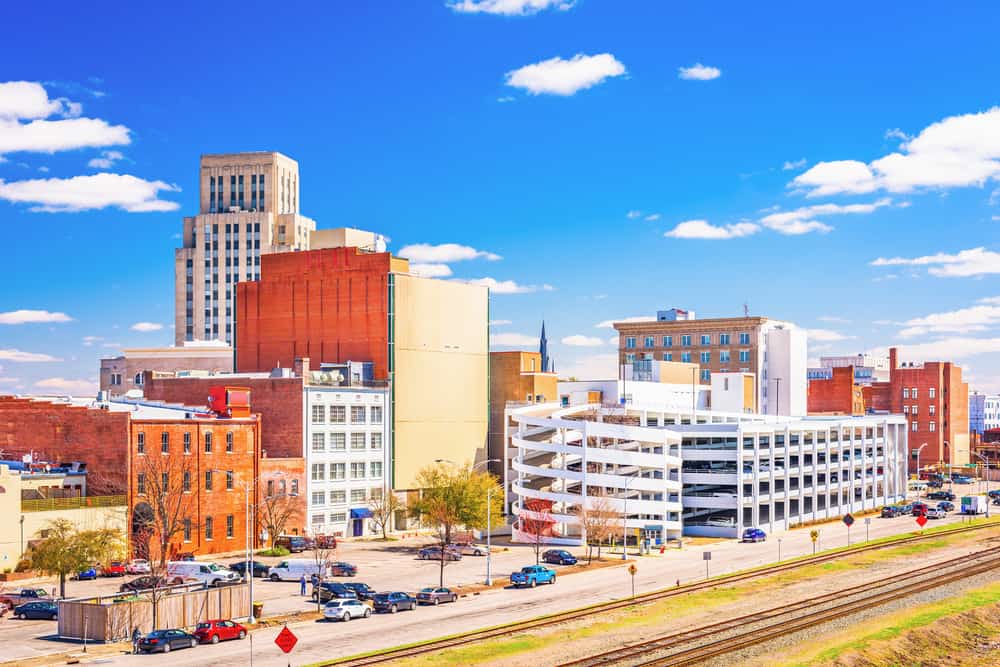 Durham, NC, offers the Yang to Raleigh’s Ying. You’ll have more than ten colleges and universities from which to choose in this mid-sized city, including the well-known Duke University. Its population nearly reaches 300,000 residents and grows daily.

The third city in the Research Triangle, the state capital of South Carolina offers many universities, including the University of South Carolina, popularly known as Carolina. The city’s Five Points area provides a multitude of cafes, bars, and restaurants combined with a tidbit of shopping. Housing costs a bit more than in some southern cities, but if you purchase in a bedroom community and commute in, you can find better deals.

This inland city offers the charm of Charleston in its older neighborhoods with the feel of a larger city in its newer neighborhoods. You get the best of both worlds.

See also  Do You Have a Domovoi in Your House? 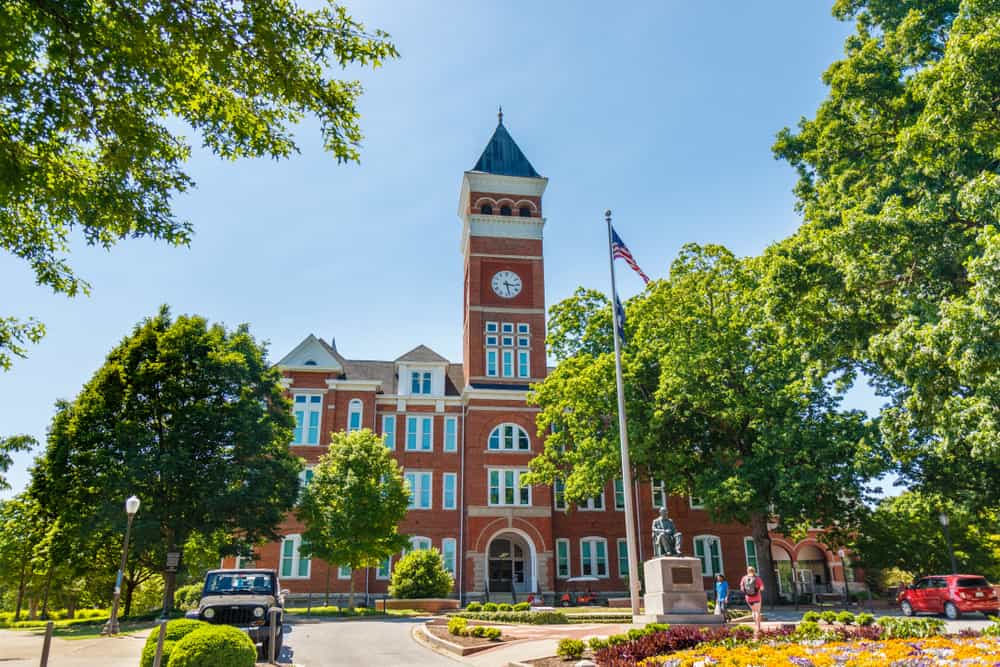 You’ll find the state’s rival university to Carolina in Clemson, SC – Clemson University. Although you don’t see a “p” in the name, both the city’s and the university’s names are pronounced Clempson. Say it as if there’s a “p” in it. Known for its tough football team and academic excellence, the university provides one of the largest employers in the city.

Due to the transient student population, during the school year, the population swells much higher than the town’s typical 15,000 to 17,000. The small city provides the charming southern feel of Charleston with a smaller populace. Because of the large university though, you still have plenty to do and see. The college offers numerous sports and a vibrant art and theatre community plus music.

You’ll find many cafes, bars, and restaurants plus shopping. You’ll have a tough time finding affordable housing though unless you build your own.

The inland city of Hartsville offers Coker University for higher education, an easy drive to Myrtle Beach for weekend getaways, and some of the tastiest Italian food in the state. Yes, once tiny Hartsville was the settling place of a decent number of Italian immigrants and to this day, you can enjoy tasty tiramisu and succulent calamari with a side of gnocchi in venerable restaurants in Hartsville. Unmatched for southern charm and still a relative secret, you can move to this small city of just under 8,000 residents.

That figure doesn’t count the university students though, so prepare yourself for a few more thousand people. If you love racing, you’ll live just 15 minutes from Darlington Raceway in Darlington, SC.

See also  25 Best Places to Buy a House Outside the US: The Latest Hotspots 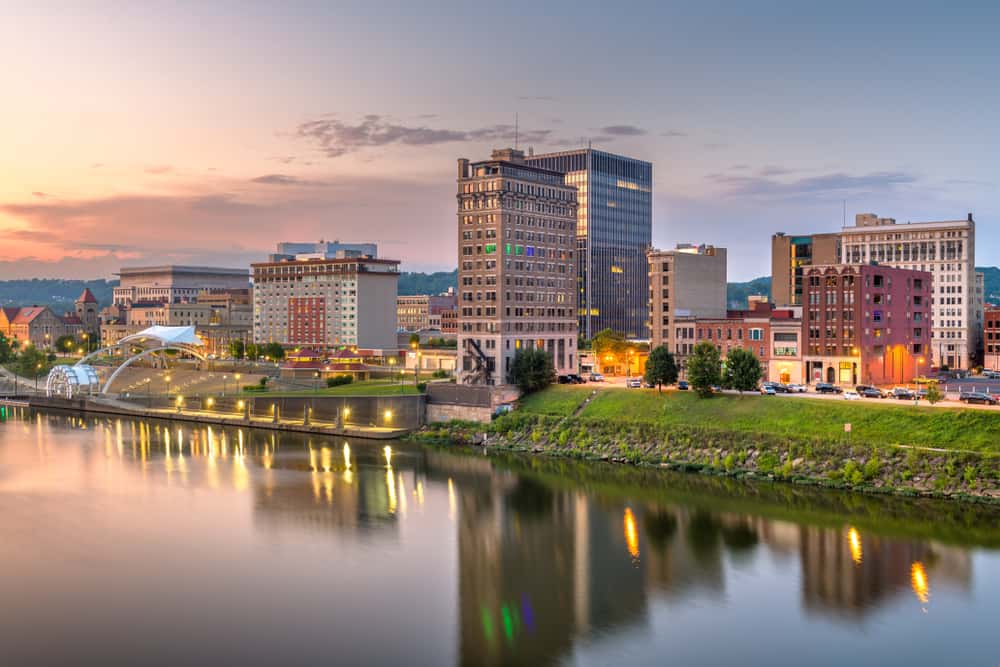 This largely industrial and mining city offers a much lower cost of living than most without sacrificing beautiful housing or outdoor entertainment. If you love hiking, camping, boating, or any other outdoor pursuit, this locale can offer you an affordable place to live that provides you with all of your favorite things to do. The city currently has a slightly higher unemployment rate than the national average – a difference of .2 percent.

You’ll do best if you have a remote work job or run a business from home. The state of West Virginia boasts the lowest home prices in the US. You’ll pay 40 percent less in this state than anywhere else in the country. 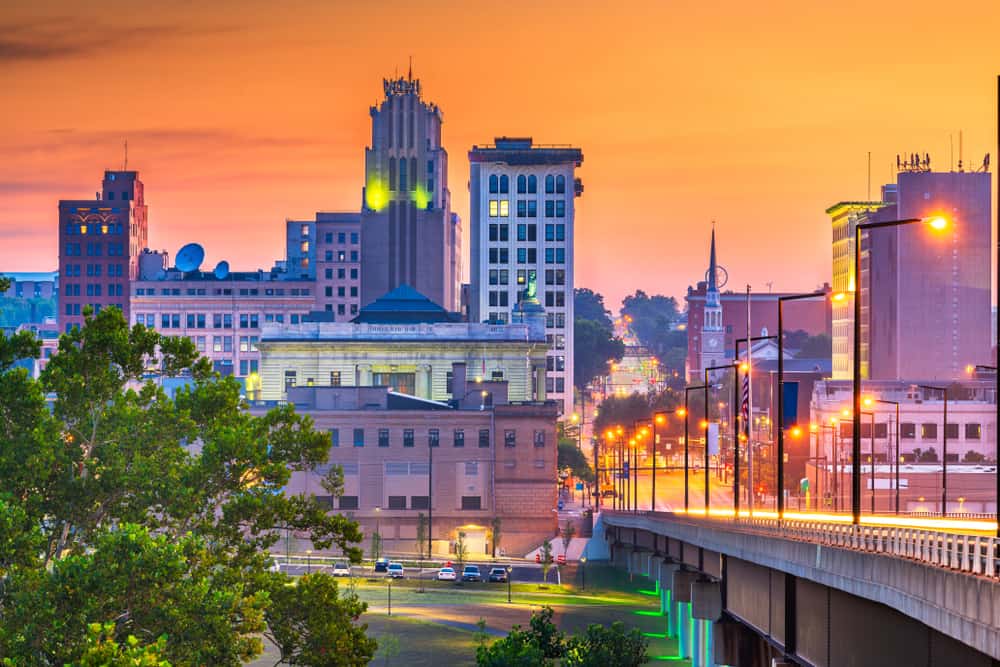 You can find other cities comparable to Charleston in one way or another. Each of these provides the southern feel of Charleston, SC, even if some don’t offer the seashore. You can find lake and river environments that still offer the feel of living on the water.

While this article focused on the south, including its more northern cities and towns, you can find small cities in the actual north or the west that offer a similar look or feel.

Flying over Youngstown, OH, you might note that the building types and city layout bear resemblance to Charleston, SC. A quick look at a nightscape of each reveals other similarities, such as its bridges. Although inland, Youngstown is on a waterway – the Niagara River as it meets Lake Ontario. Its friendly people and university, Youngstown State, offer a colder climate, but with superbly competitive housing prices.

The much smaller Defuniak Springs, Florida offers the charming setting without the sea. The housing prices rival Clemson though in this small town of fewer than 8,000 residents. The pralines are delicious though.

If you want friendly, sweet people, try Mobile, Alabama. Although the city has some rundown areas in need of renovation, its people number among the nicest in the country. You can also find home food as native Southern cuisine is called.

Many delicious and downhome cafés and restaurants make Mobile their home. Don’t judge it by the downtown neighborhoods or the main exit from the interstate. You need to explore this city for its jewels. You can find many diamonds in the rough among its houses. The area offers inexpensive land and housing.

If you need to move for work or recently took a remote work job, you can find many places that provide the feel of Charleston, SC without the cost or the Deep South location. If what you desire is history, tasty southern cooking, major universities, or a waterway setting, you have choices.