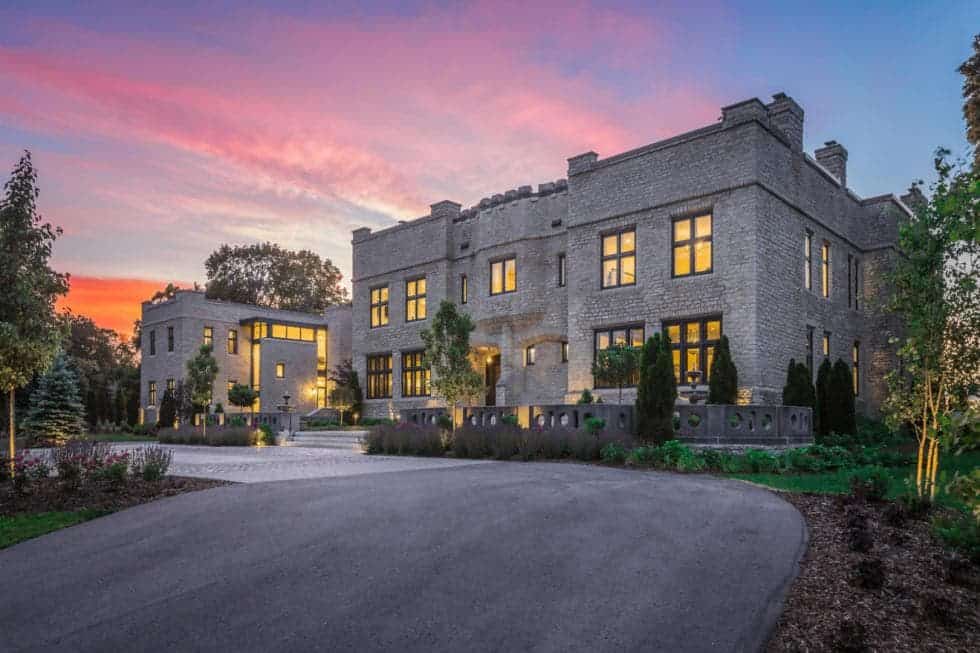 A gorgeous mansion and castle replica of Anne Boleyn’s Hever Castle in England exists. It was built in 1892 located at Oconomowoc Lake in Winsconsin. This lakefront replica of a queen’s castle is now on the market priced at $10.5 million.

The Hever Castle replica mansion is measured at 16,000 square feet built in more than seven acres of land that also includes its own private island. The mansion is comprised of six bedrooms, ten bathrooms, a dramatic foyer, formal rooms, updated kitchen, hardwood floors and fireplaces all throughout the mansion.

The estate also boasts of stunning and scenic views over the lake that can be seen from all levels of the mansion due to its elevated position.

Jon Spheeris of Coldwell Banker Global in Oconomowoc, Wisconsin is the listing agent of this beautiful Hever castle replica in Winsconsin. 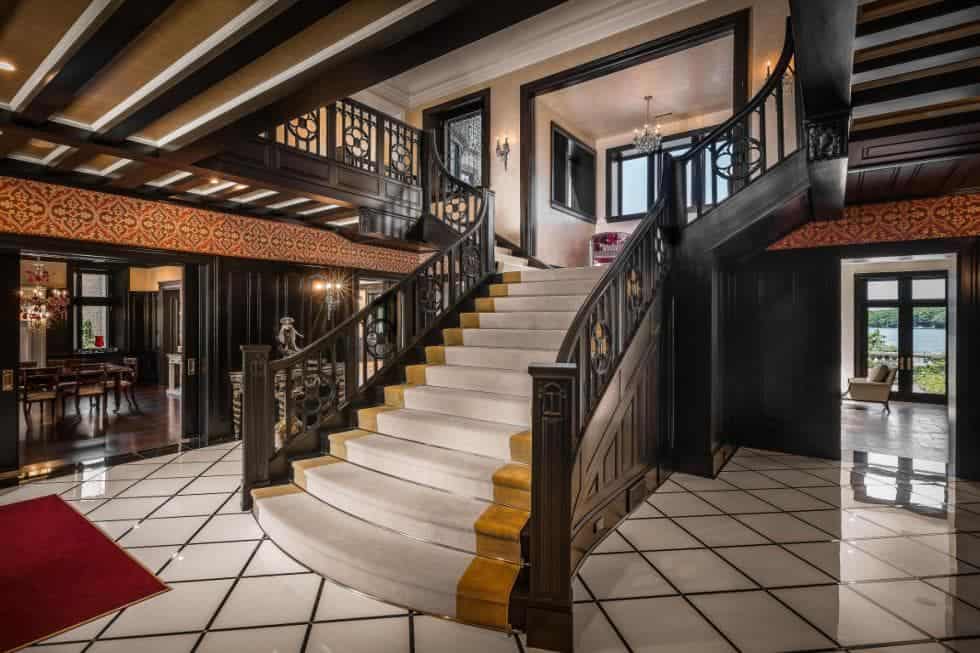 This is the grand foyer of the mansion that has is across from the large staircase with dark wooden banisters and wrought iron railings that stand out against the white tiles of the floor but matches with the exposed wooden beams of the ceiling. Images courtesy of Toptenrealestatedeals.com.

This is a large great room that houses a living room on the far side and a grand piano next to the large fireplace with a white mantle that stands out against the wide luxurious dark hardwood flooring topped with a crystal flush-mount lighting. Images courtesy of Toptenrealestatedeals.com. 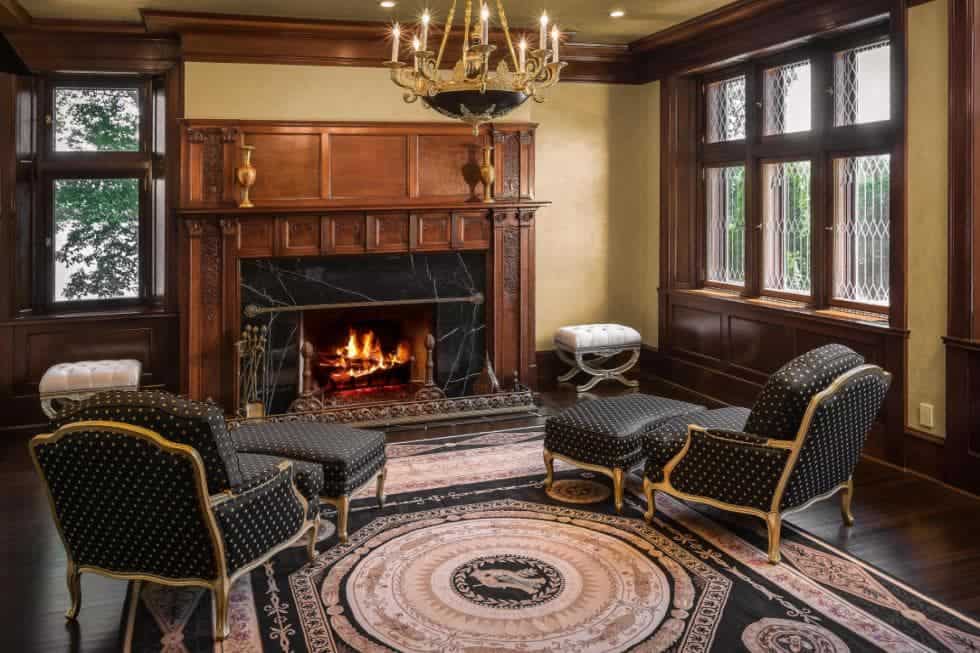 This is a charming and homey living room with a couple of comfortable cushioned armchairs with matching footstools facing a large fireplace with an elegant wooden mantle that matches the moldings of the room. Images courtesy of Toptenrealestatedeals.com. 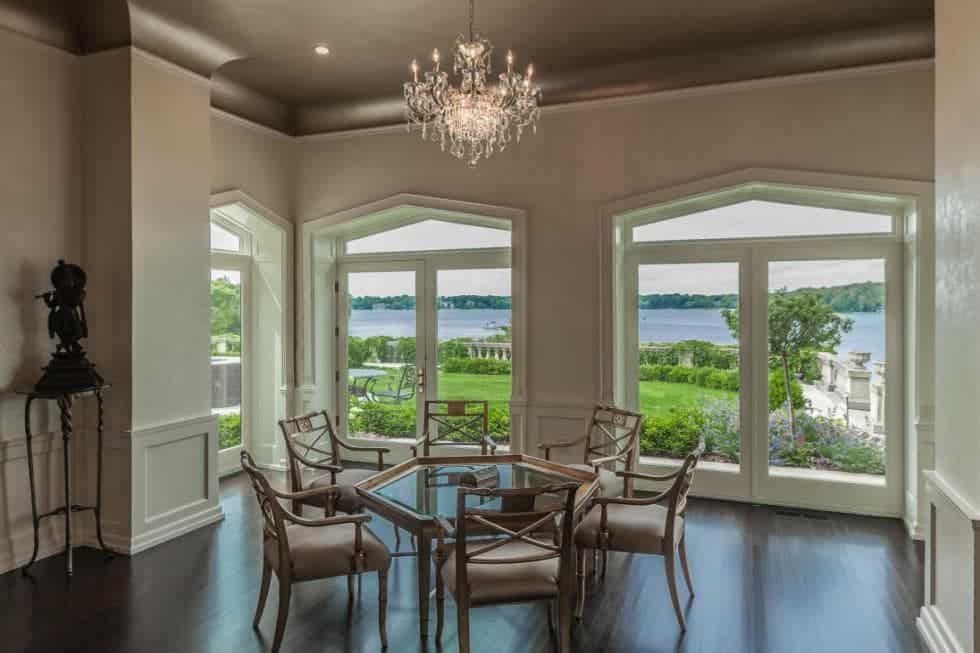 This large and airy formal dining room has the same dark hardwood flooring that balances the bright beige walls with arched windows and gray tray ceiling that hangs a crystal chandelier over the geometric glass-top table. Images courtesy of Toptenrealestatedeals.com. 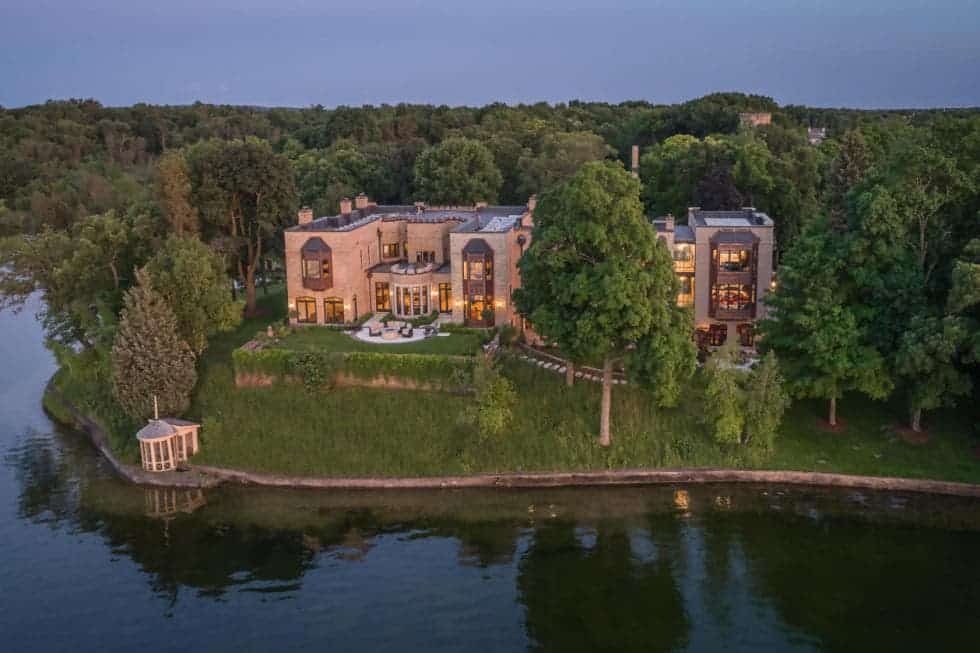 At the end of the 19th century, America already had a long history of beer drinking. The first American beer brewed was at Sir Walter Raleigh’s Roanoke Colony in 1587. Not happy with the end result, ads were put out in England for brewers who were willing to come to America to establish old school breweries in the colonies.

By the end of the 1800s, good beer was well established by Midwest families whose names in the industry are yet popular today. Several built their summer homes on Wisconsin’s Oconomowoc Lake near Milwaukee including the Millers, the Schlitz family and the Pabsts where they entertained and enjoyed cool breezes off the water. Brewer George Bullen of the City of Chicago Brewing and Malting Company also chose Oconomowoc Lake to build his summer mansion.

Fancying himself a distant relative of British Queen Anne Boleyn, in 1892 he built a replica of Boleyn’s Hever Castle in England.

The 16,000-square-foot mansion sits on more than seven acres with 800 feet of land on the water including its own private island. There are six bedrooms, 10 baths, a dramatic foyer, formal rooms, updated kitchen, glamorous primary baths, hardwood floors and fireplaces throughout.

Views over the lake are stunning on all levels. Spacious for entertaining both inside and out, the mansion’s fine craftsmanship details have been carefully preserved. Jon Spheeris of Coldwell Banker Global in Oconomowoc, Wisconsin is the listing agent.

Live like a queen in this luxurious lakefront replica of Anne Boleyn’s Hever Castle in England, priced at $10.5 million.