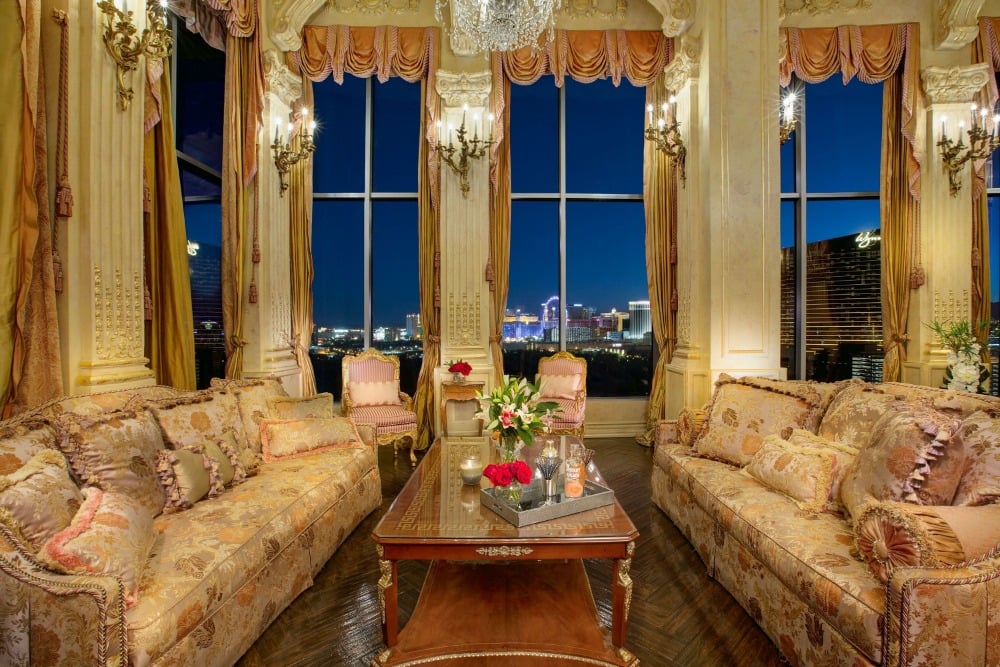 The luxurious Versailles penthouse by professional poker player Barry Schulman and his wife Allyn is going to auction!

Barry Schulman and his wife Allyn vowed to recreate the elegance and luxurious Versailles from Paris to Las Vegas. Now, their Versailles Penthouse is going to auction!

At 5,467 square feet, the three-story Versailles penthouse is oozing with elegance and luxury. It offers three bedrooms and six bathrooms, along with a chef’s kitchen, a home theater and some entertainment space. The home also boasts a rooftop terrace where watching the bustling city from above is perfect.

Schulman’s Versailles-style Penthouse is going to auction. It was originally listed at $4.9 million.

If Liberace were still alive, this over-the-top penthouse would be perfect. His penchant for the opulence of the Versailles style along with the maintenance-free living afforded in a condominium would have been perfect for his later years and the spectacular view over the city he loved would have made it complete.

Professional poker player Barry Schulman is also a man who enjoys luxury, which is clearly evident in this penthouse which will be going up for no reserve auction on October 18th. Barry and his wife, Allyn, visited Versailles on their honeymoon and vowed to recreate the same vibe for their home in Las Vegas. With the help of an artist, they did just that. They are currently building a lakeside home closer to their children and grandchildren.

Measuring in at 5,467 square feet, the three-story penthouse with rooftop terrace has three bedrooms, six baths, chef’s kitchen with full size wine cooler, granite, high end appliances and cabinets trimmed with gold leaf and a third-floor theater and entertainment space opening to the roof terrace. Touches of elegance abound from the formal rooms, the marble staircase with gold-leaf iron banister, the damask fabric wall covering in the primary bedroom, and in Allyn’s expansive dressing room and gilded swans guarding her private bath.

Watch New Year’s fireworks over Las Vegas from the rooftop terrace of this Versailles-style three story penthouse. Originally listed at $4.9 million, it will be going to no reserve auction on October 18th.