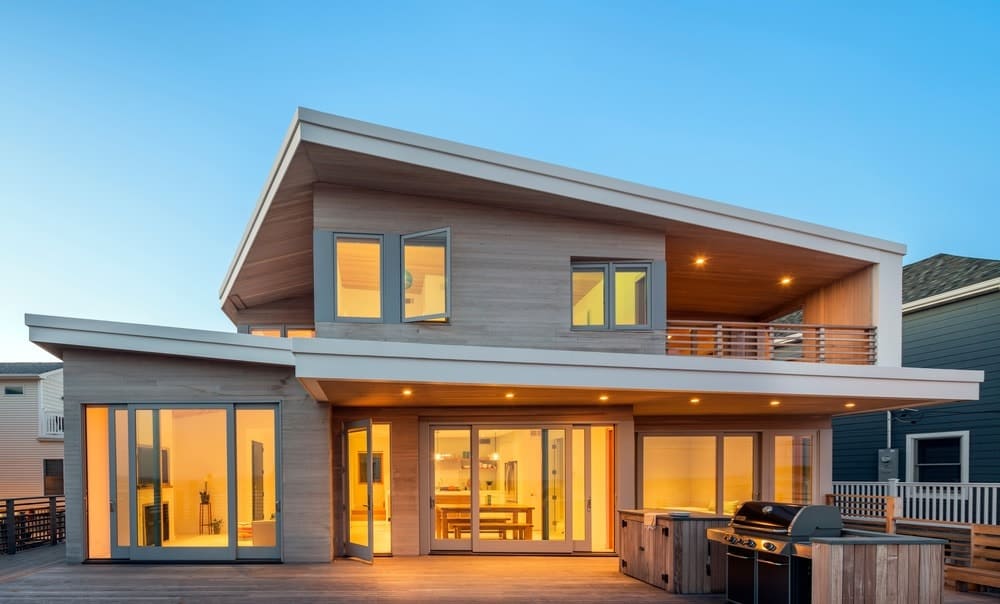 Five years after Hurricane Sandy devastated the cooperative beachfront community of Breezy Point, Queens, the project built upon a lot that had been reduced to sand is complete. Houses in Breezy Point are set close together and linked by pedestrian paths; cars are confined to lots at the periphery. The client’s site was unusually wide, with 68 feet of south-facing beach frontage. Flood regulations required building at least six feet off of the ground, while co-op regulations put the maximum building height at 28 feet. The co-op also required a setback from the lot line of 32 feet at the lot’s widest point. The resulting building envelope was much shallower than wide, allowing nearly every room to have an ocean view. One of the primary design strategies was stepping the south-facing facade to allow windows to wrap corners. That created diagonal sightlines up and down the beach, framing vistas and visually expanding the interior spaces. Angled roof profiles and ceiling finishes also direct the eye upward and outward.

Access to the house is provided in two places. A stair leading from the beach lands on a deck that spans the width of the house (and has become a prime party location). The west side of the house abuts a pedestrian pathway. A separate switchback stair gives access from that path to the side entrance, which slides between volumes corresponding to the living room and an indoor-outdoor bath/shower. Because it is accessible from outside, that sky lit bathroom it provides a place to rinse off and deposit bathing suits and towels before entering the house.

These two entrances flank the living room volume, which is defined by a raised cedar-clad ceiling, nine-foot tall south-facing sliding glass doors and a diagonally pitched roof. Across from the dining area, the kitchen abuts the stair to the second floor in an L-shaped alcove. The clients wanted separate zones for adults and children to live and entertain in. That was accomplished by locating the primary suite on the main floor, so that the children can have the second floor to themselves.

On the east side, the primary bedroom has wraparound windows looking east toward undeveloped beach frontage. A bathroom and walk-in closet buffer the bedroom from a parking lot to the north. A level change allows part of the deck to connect directly to the primary suite.

Upstairs, three small bedrooms feel expansive thanks to their corner views. A rec room opens onto a covered deck. The fibreglass-wrapped roof culminates in a large “surfboard-like” overhang that protects the first floor from solar heat gain. White cedar cladding wraps the building and roof overhangs and encases the sides of the deck, helping the house fit in despite its newness. 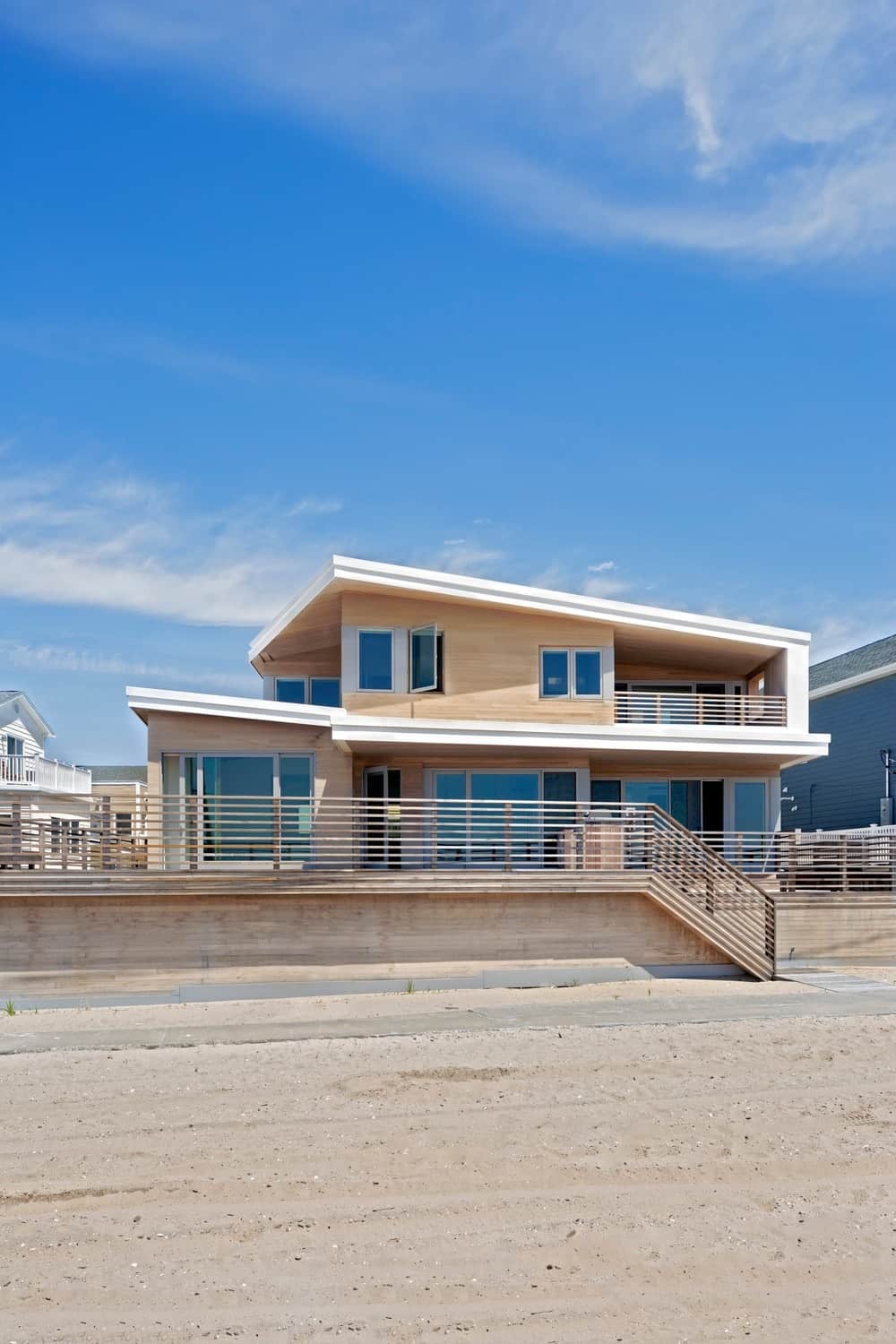 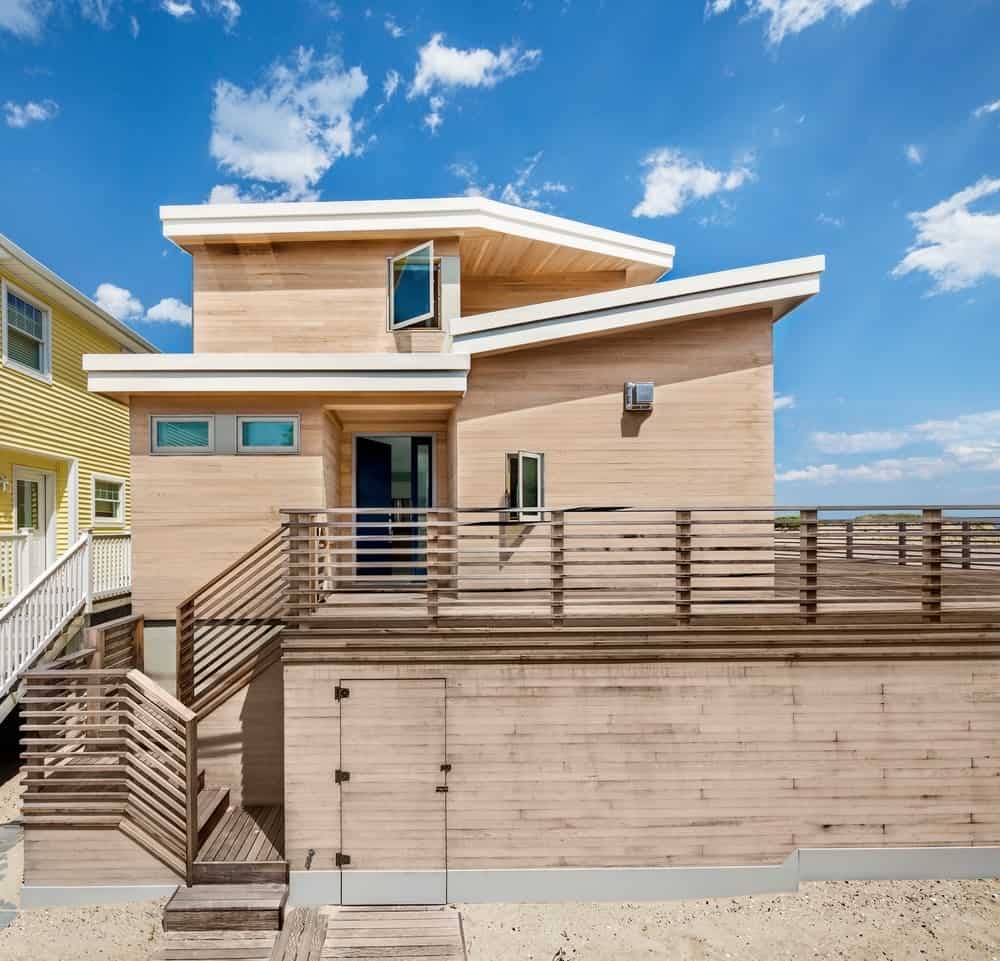 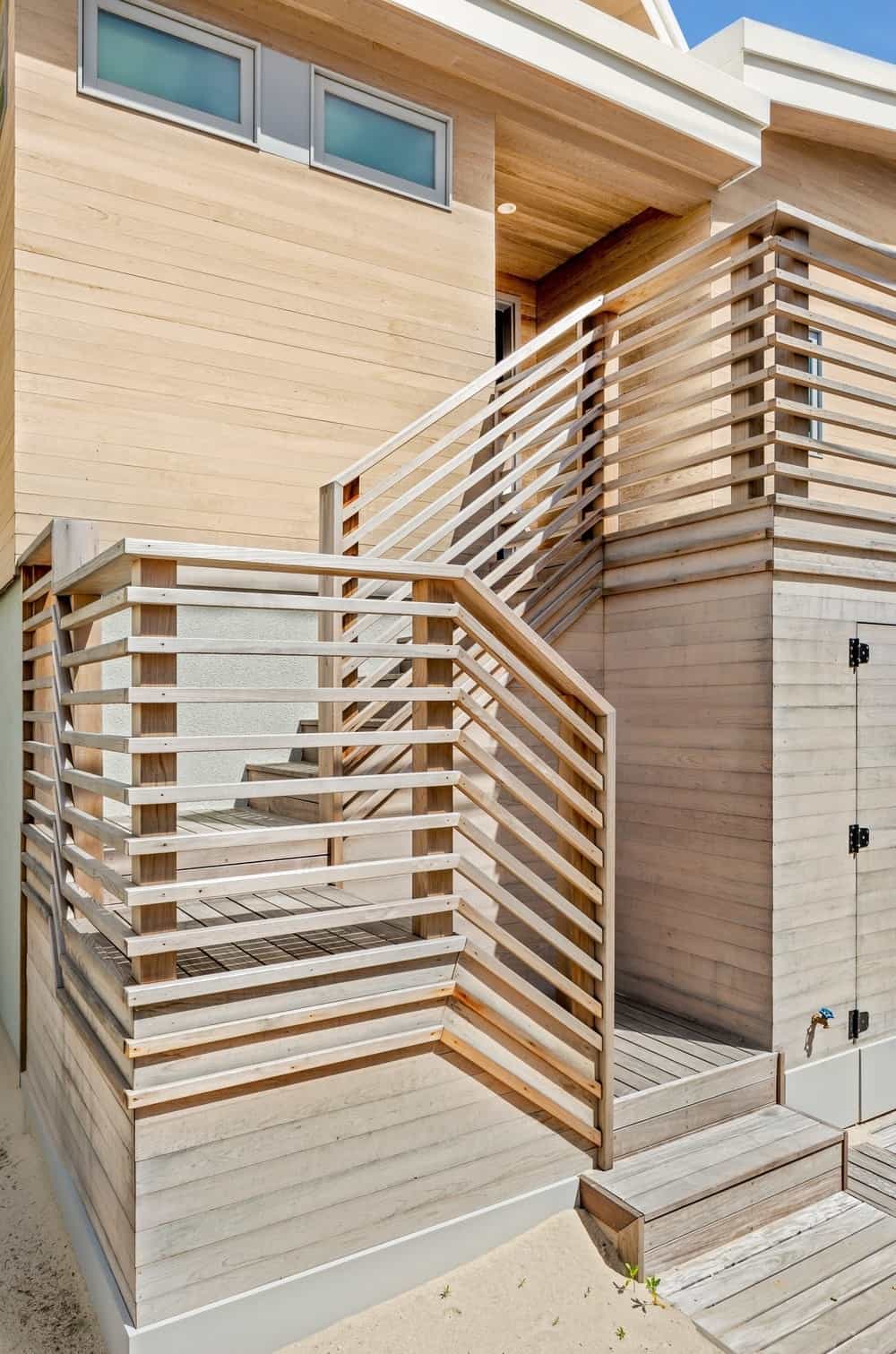 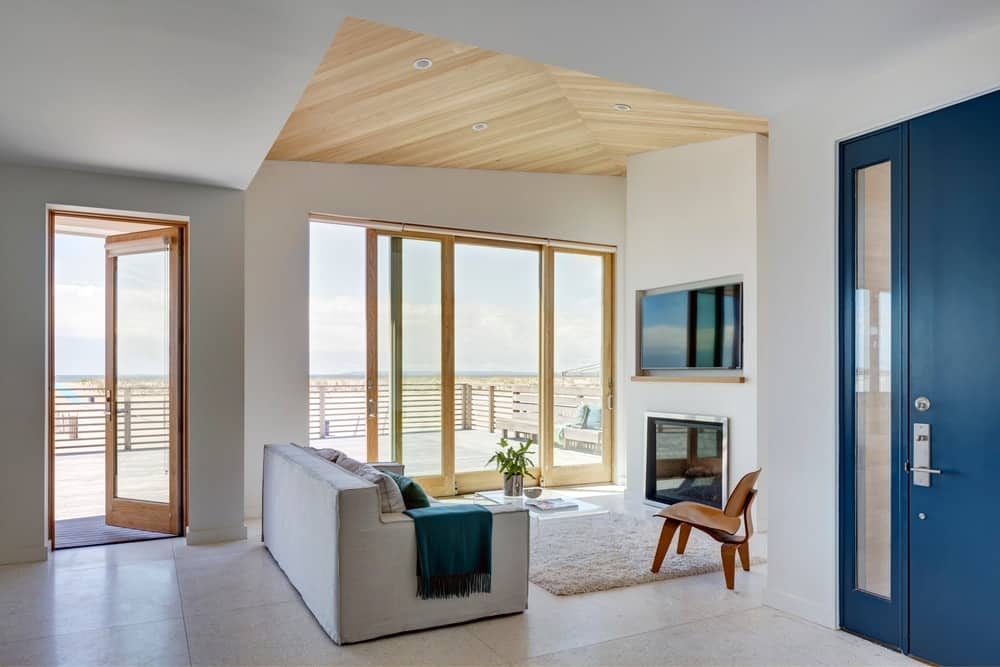 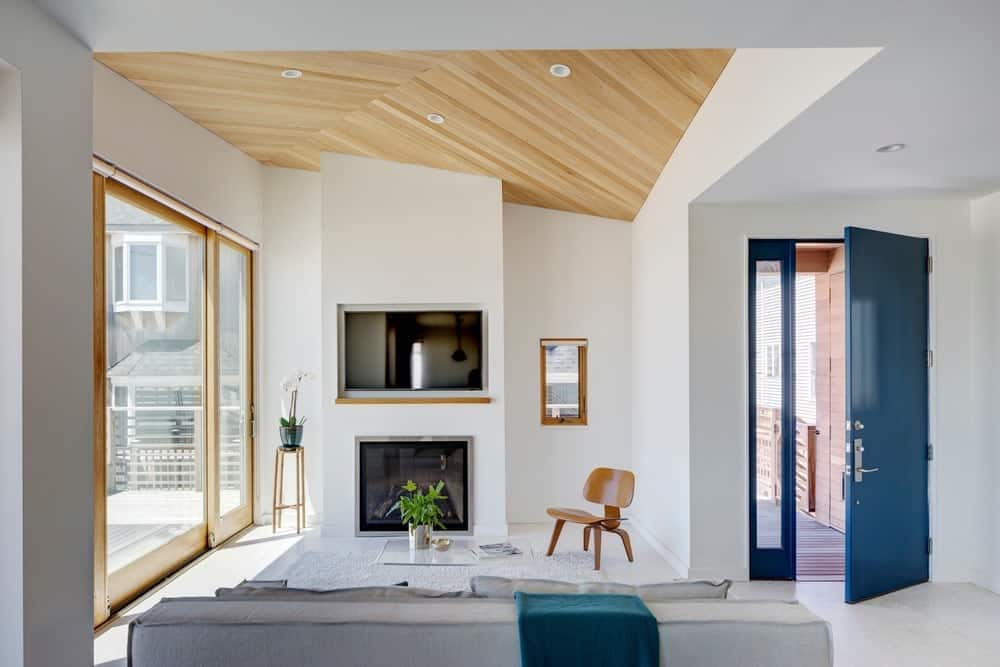 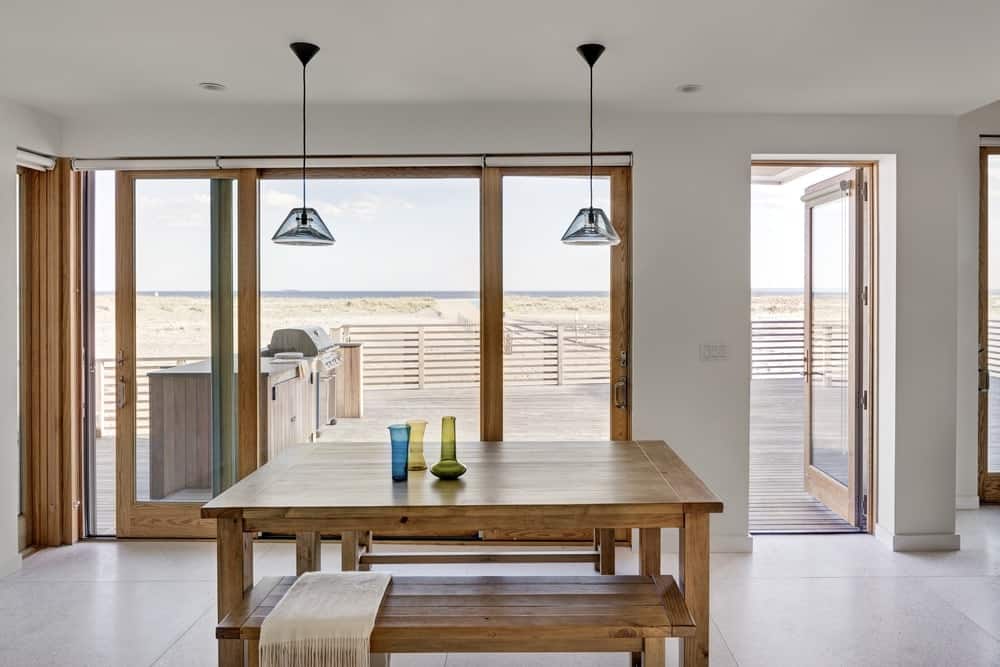 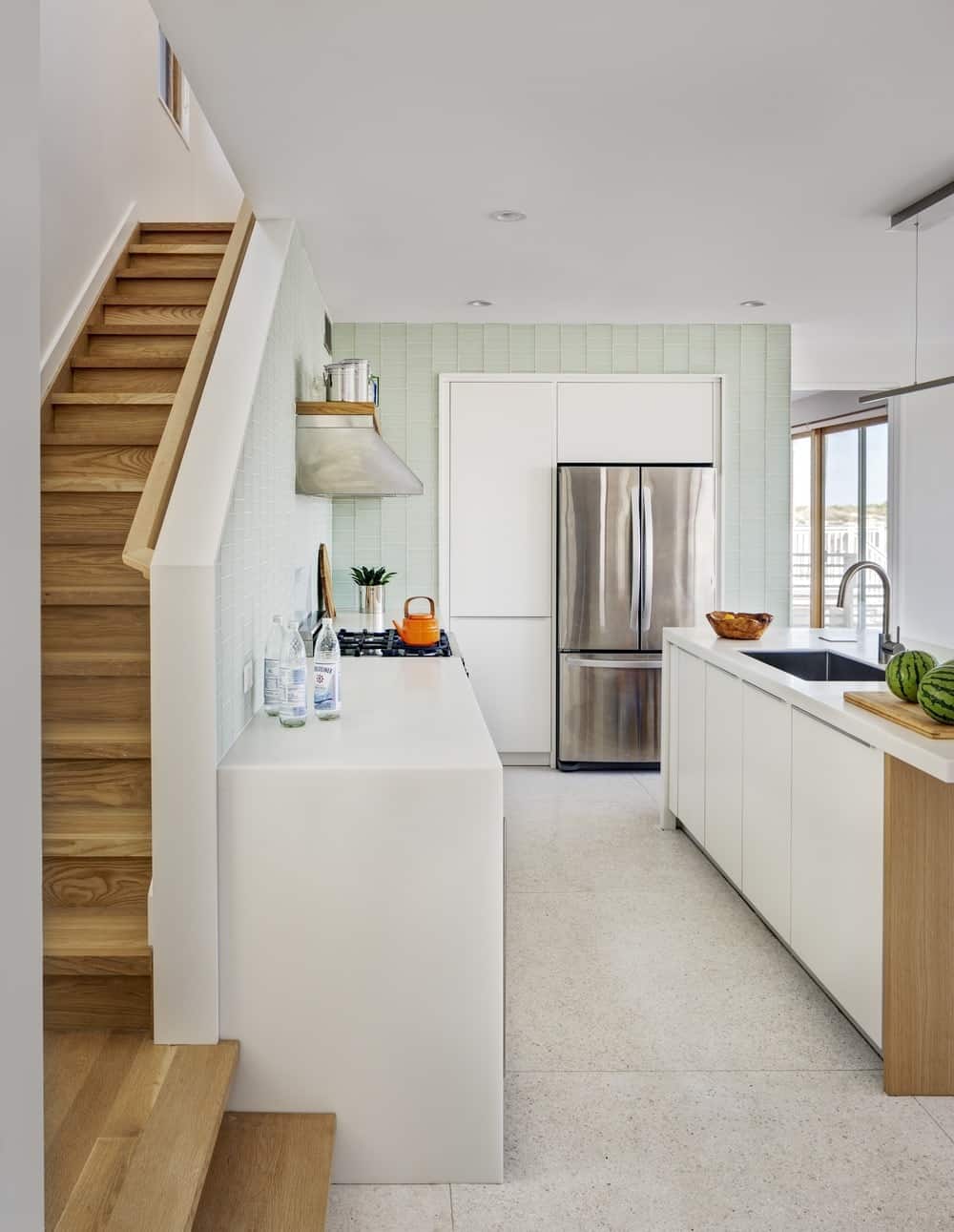 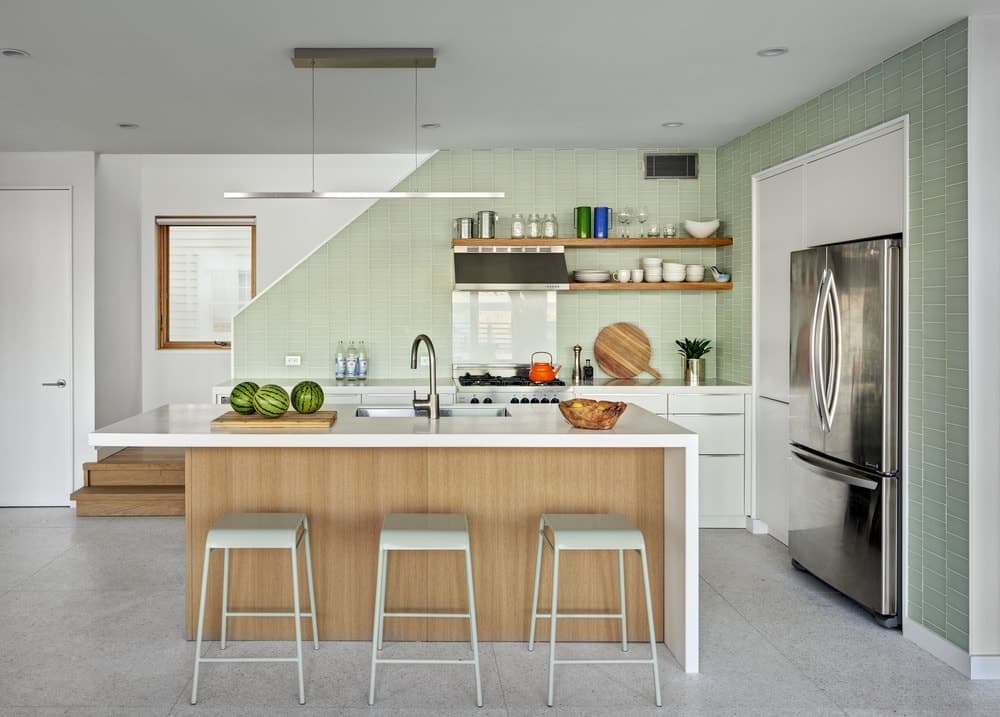 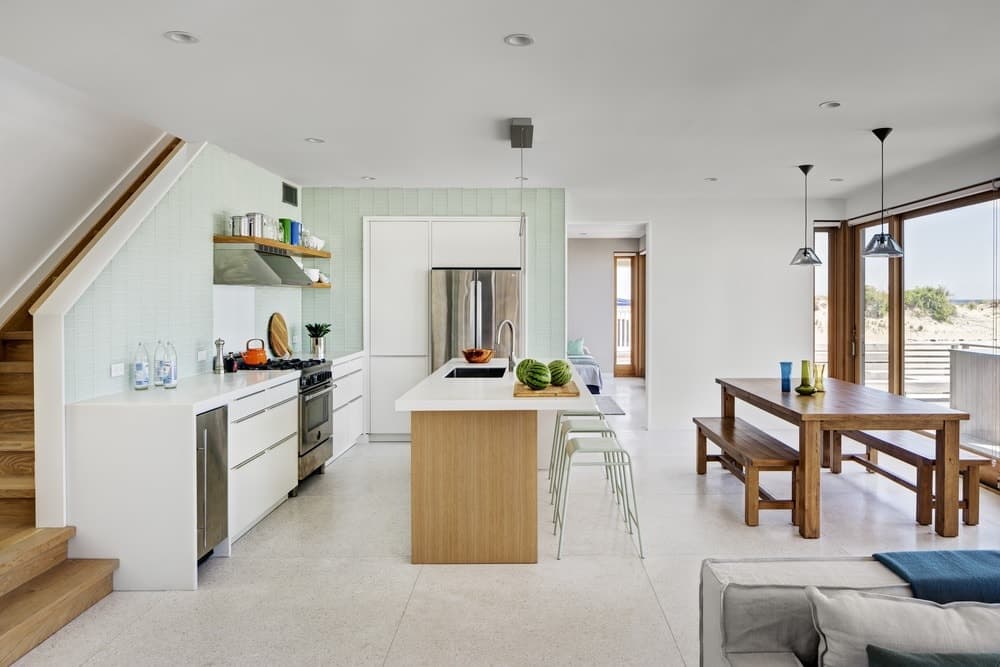 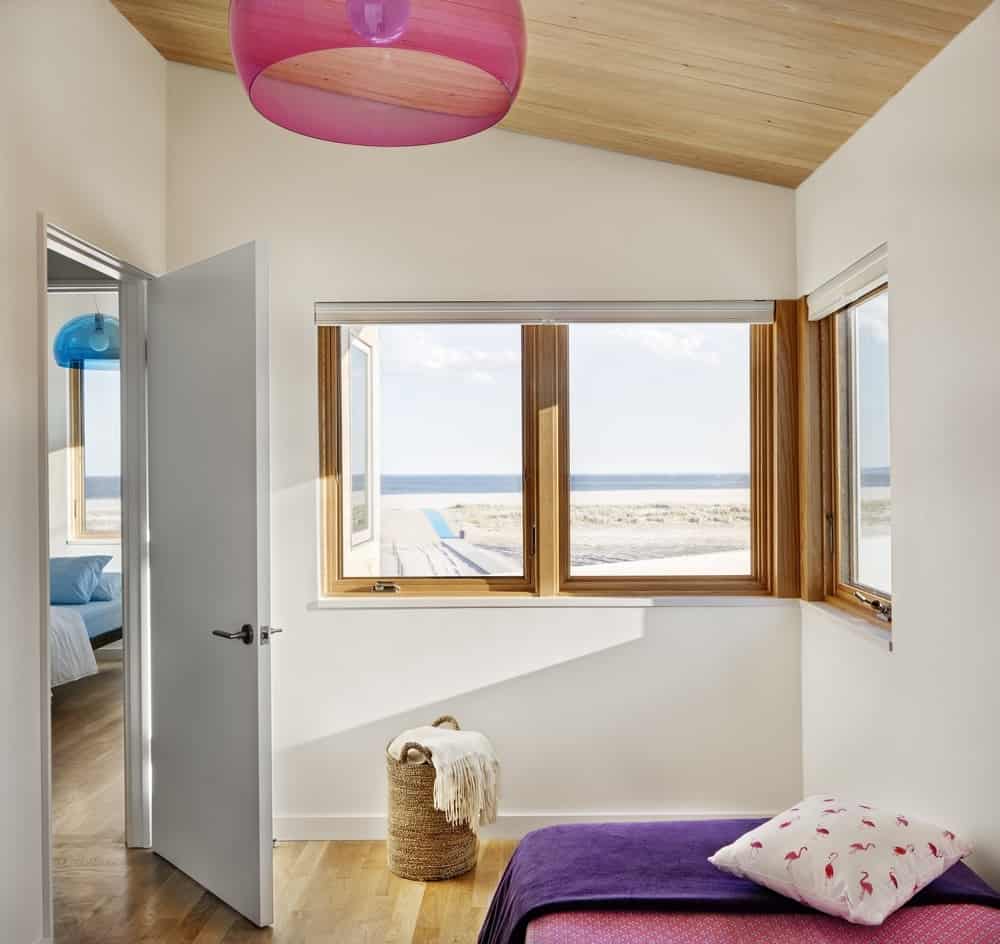 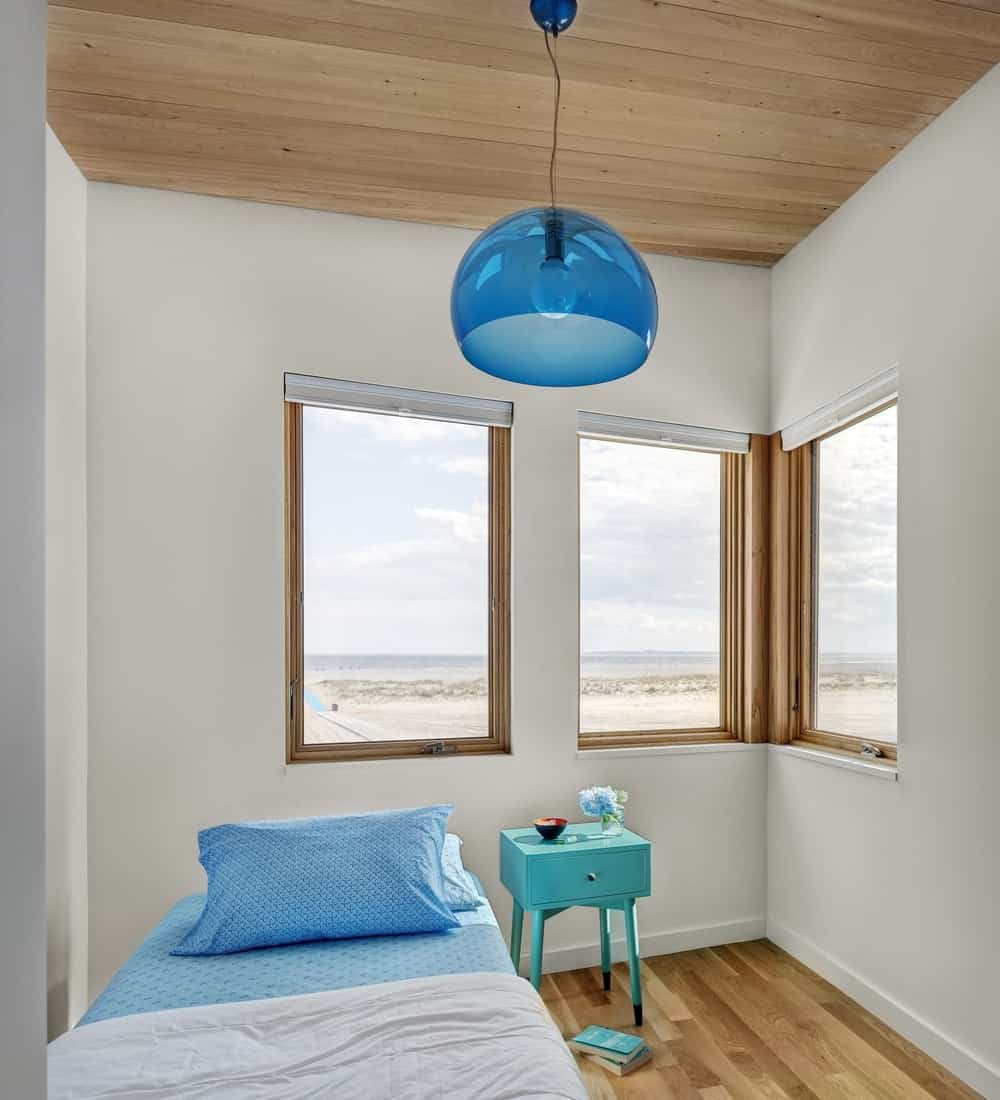 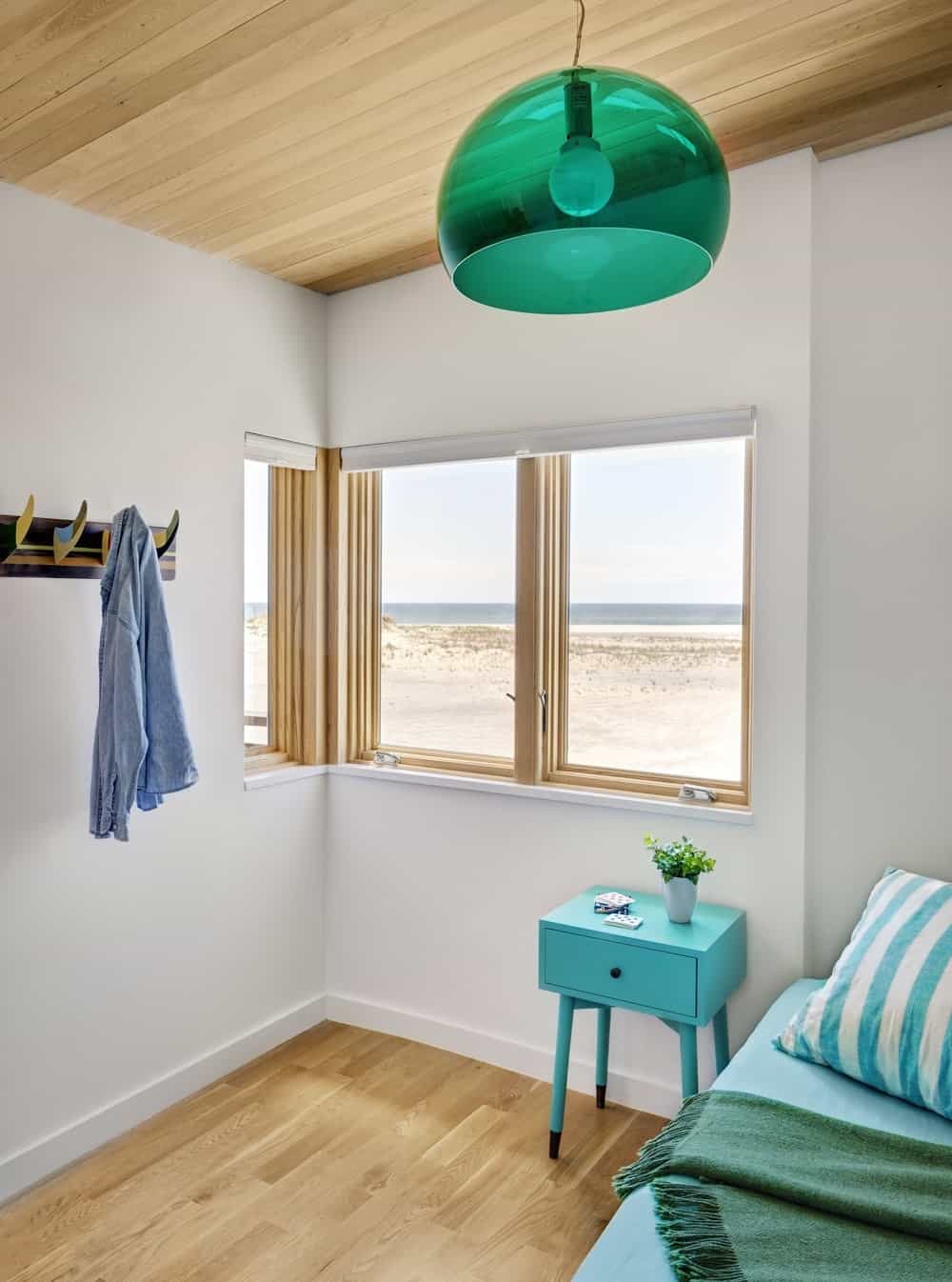 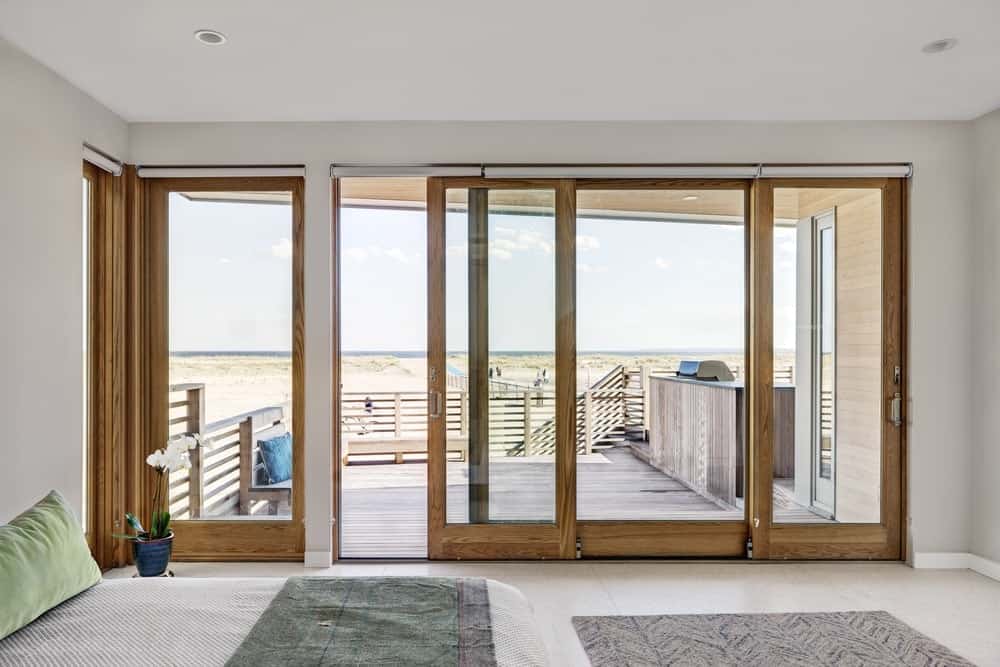 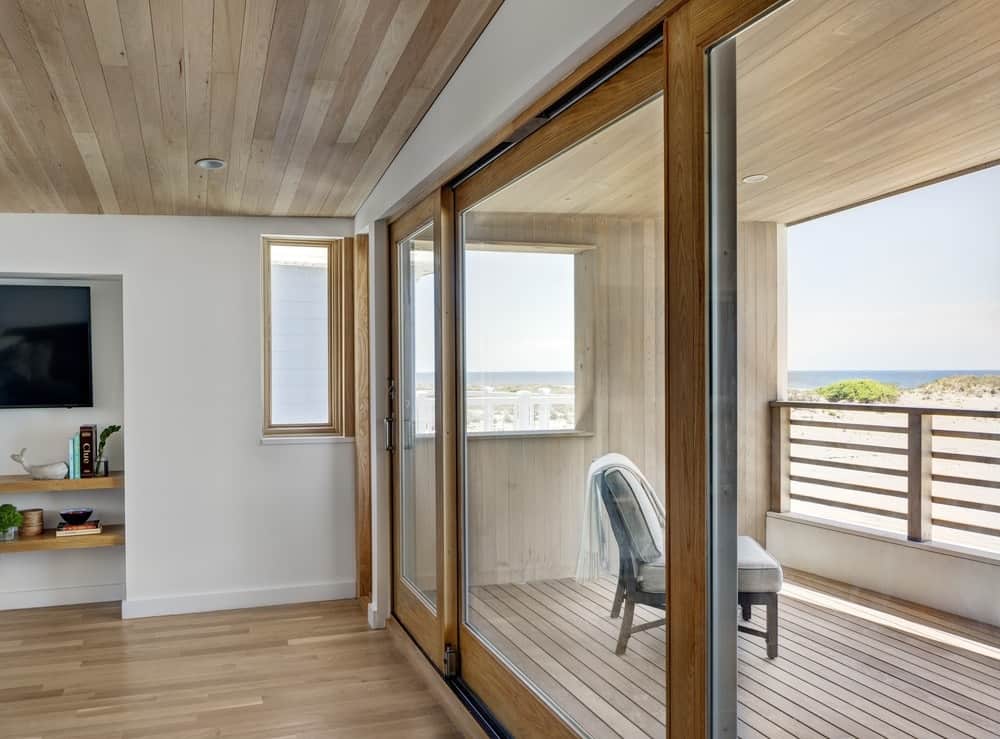 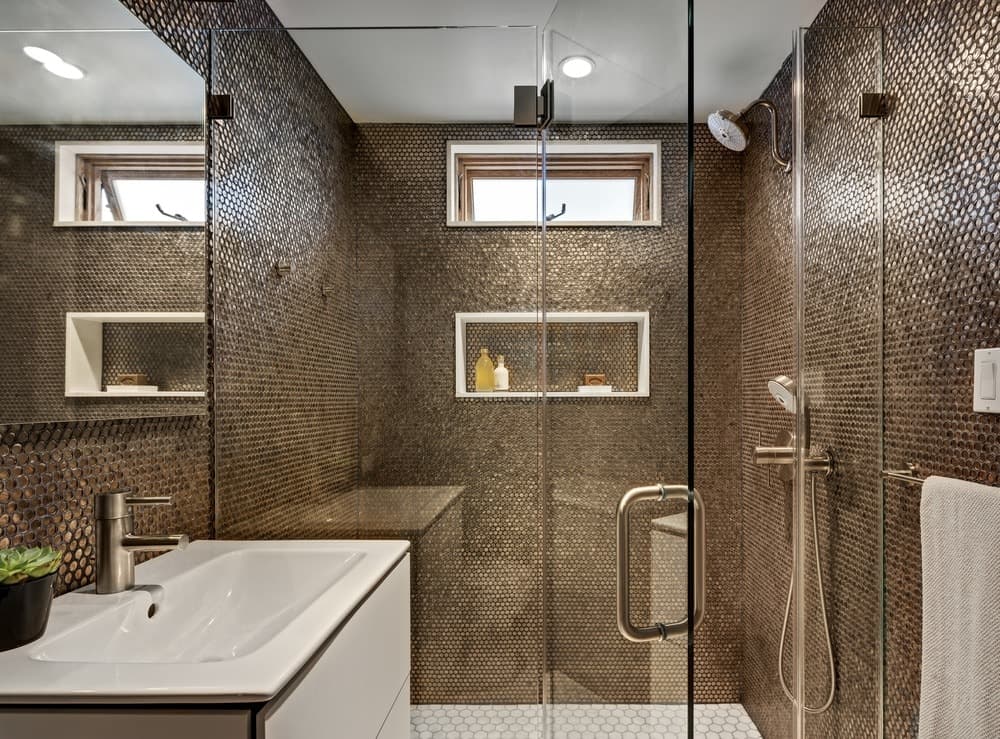 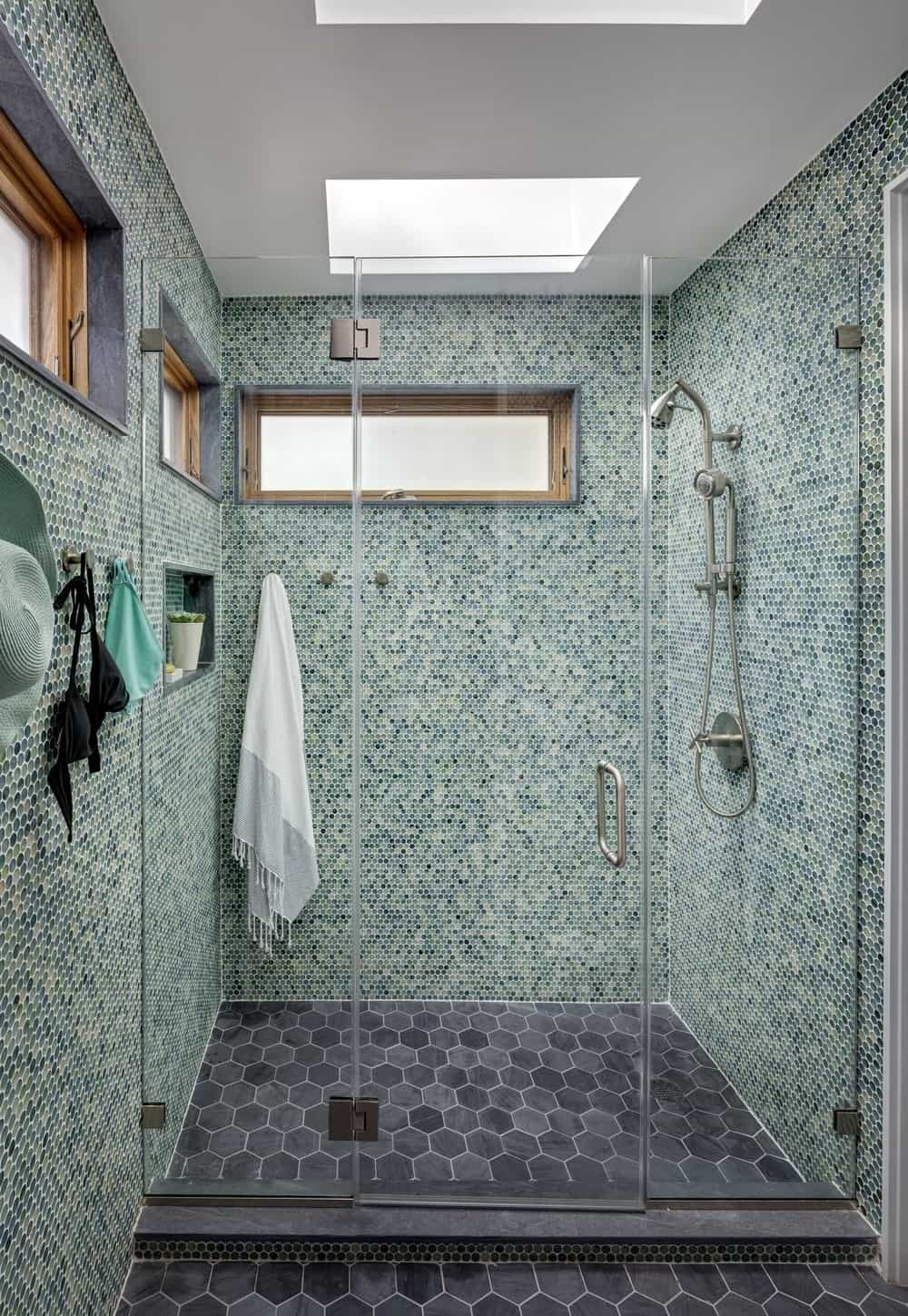 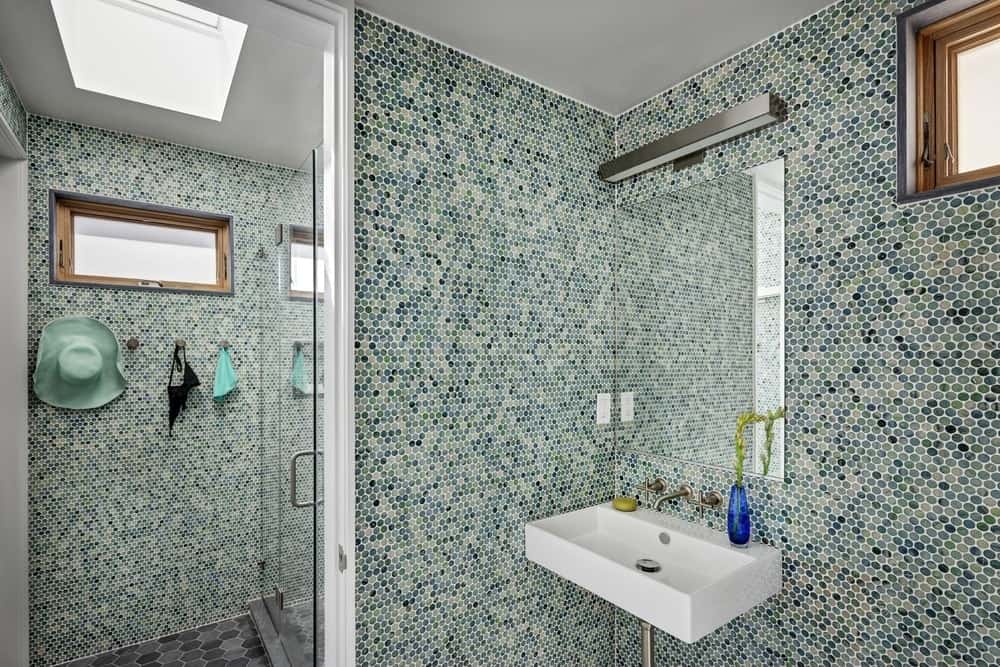 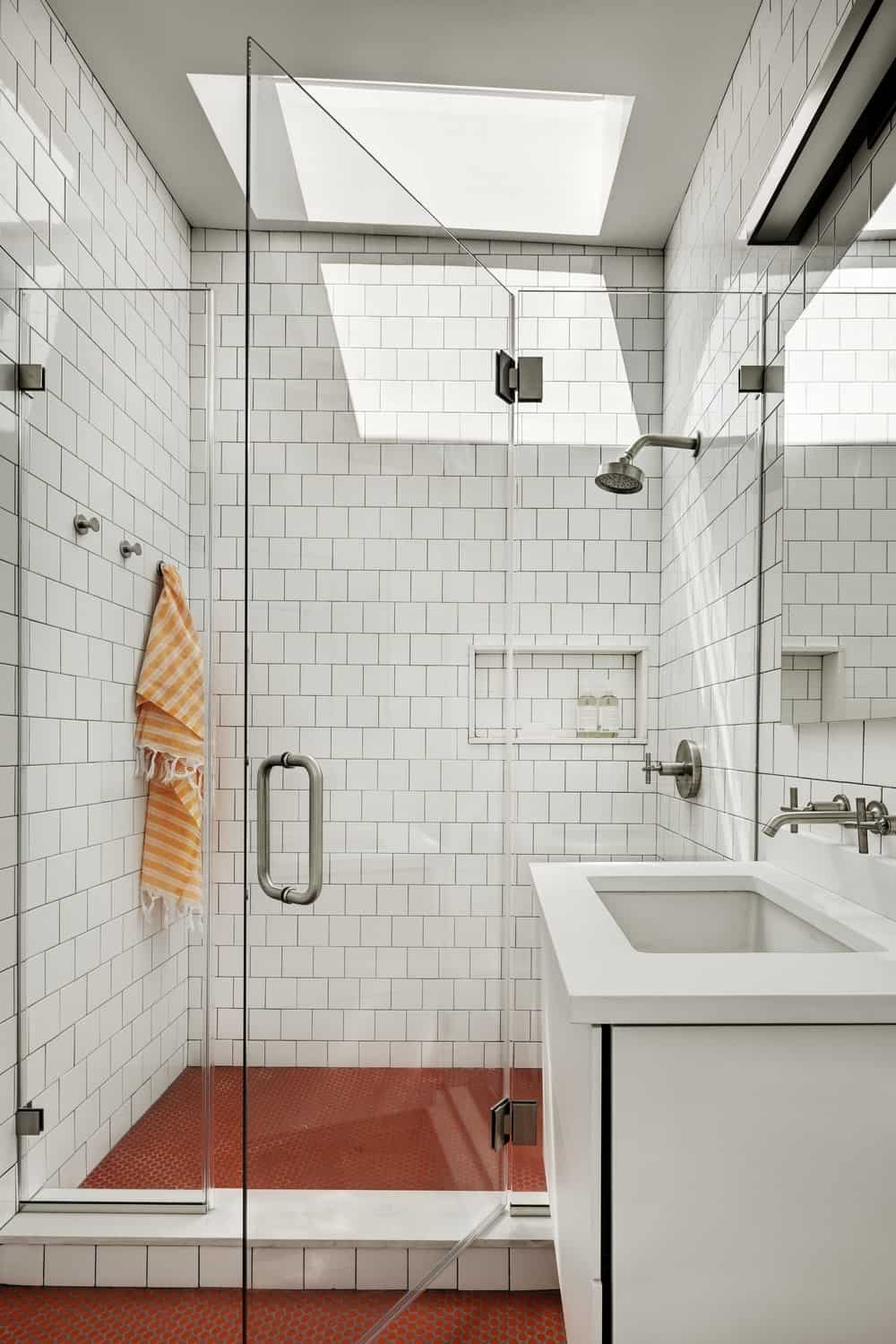 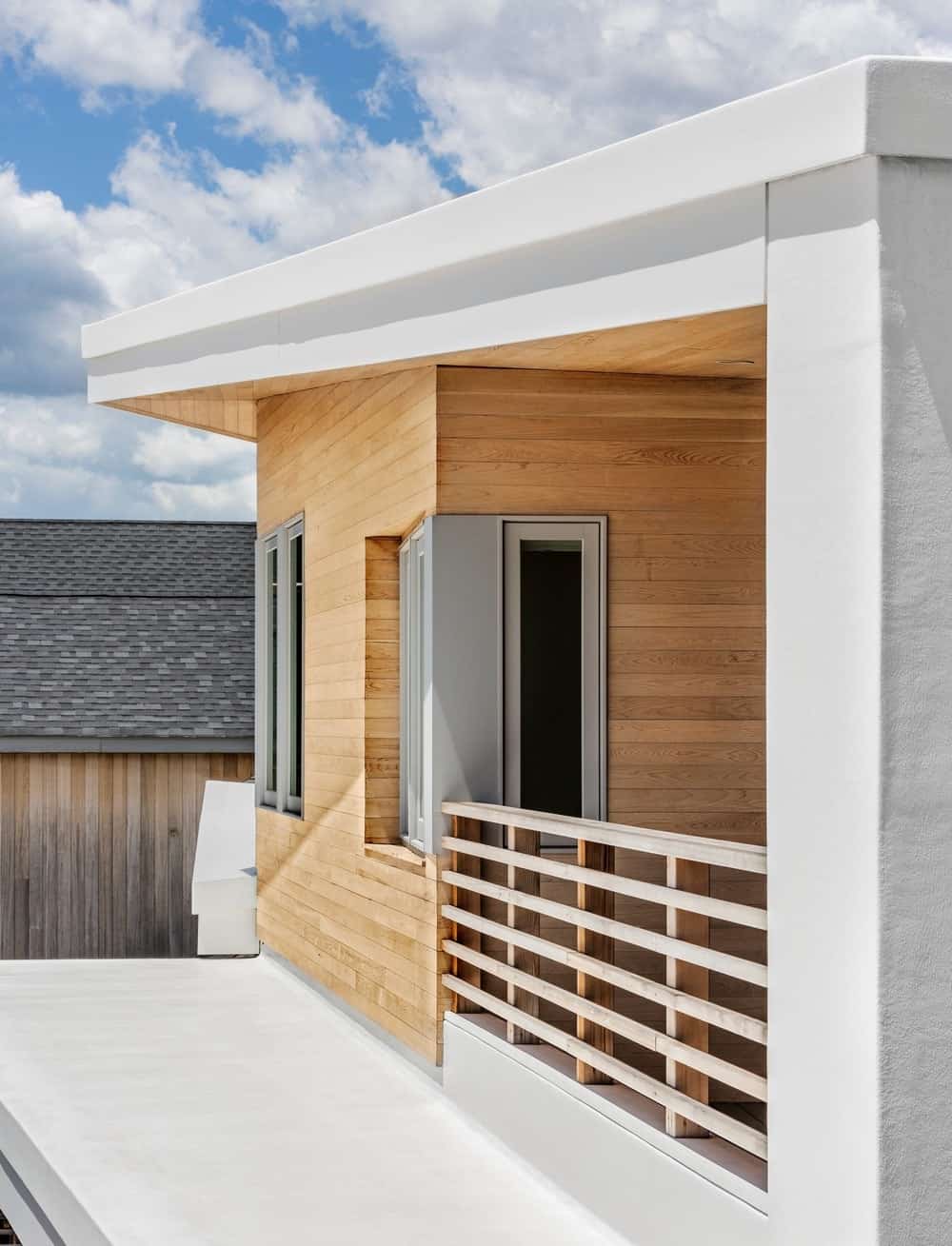 Recent professional awards include AIA New York and AIA Brooklyn Queens Design Award Certificates of Merit for the Maple Street School. A speculative project, Chromatic Energy Landscape, was a finalist in the Land Art Generator Initiative and received an honourable mention in the Architizer A+ Awards. A book titled BFDO: Assemblies, will be released in fall 2017 through Artifice Books, an imprint of Blackdog Publishing, based in London.