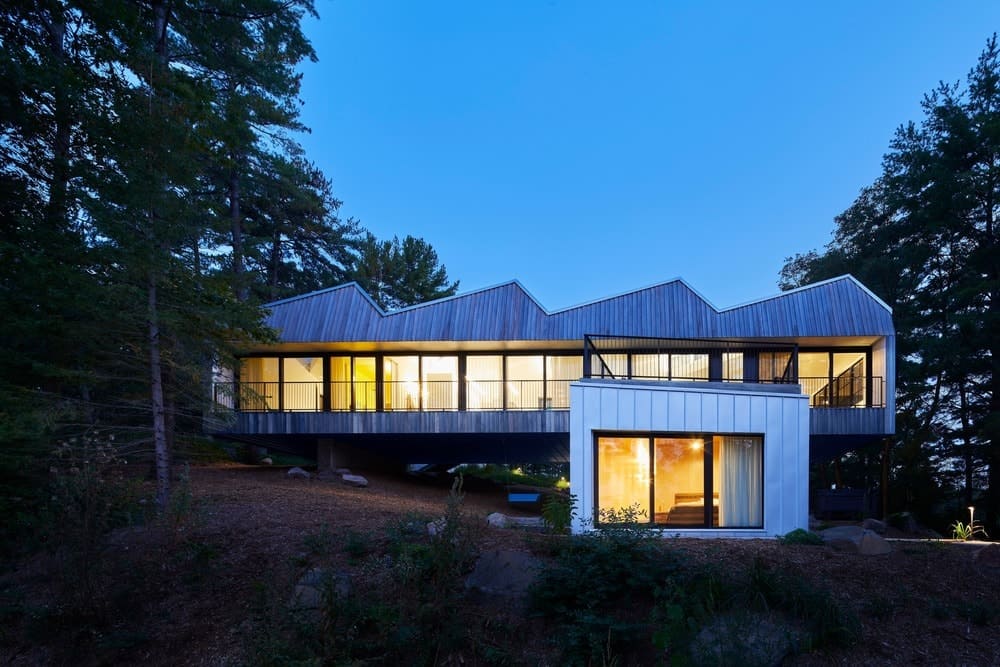 Negotiating the steep topography of a lake-side site, this holiday house consists of two volumes stacked on one another.

The lower volume nestles into the landscape so that it is barely visible as one first approaches the house. The upper volume rests on the lower one and on a concrete pier to form both a bridge and a cantilever.

This massing strategy allows for increased access and permeability of the site and emphasizes the charged relationship between the building and the ground.

The upper volume contains living spaces and opens up towards the lake while the lower volume is more enclosed and houses bedrooms.

Responding to the need for accessibility for guests with disabilities, as well as thinking of the clients’ ability to use the building far into the future, a study/bedroom and accessible bathroom are provided on the main level. The roof of the lower bar becomes a terrace allowing elevated views and a direct connection to the living spaces.

The factory-inspired skylights are rotated to admit north light without heat gain while orienting the solar panels due south so the house can generate all of its own power.

The combination of vertical skylights and a fully glazed south-facing facade result in a generously daylit interior. A covered walkway shades the main wall of glass from summer sun while admitting lower winter sun to passively heat the dark-dyed concrete floor.

Simple, low-maintenance, long-life materials are used on the facade, including a reflective standing seam metal roof and a lapped heat-treated (petrified) wood cladding, while the interior is lined with formaldehyde-free plywood. Playful elements are placed throughout from a glazed brick socle for the wood stove, to scattered colourful coat-hooks and a custom undercroft swing-bench. 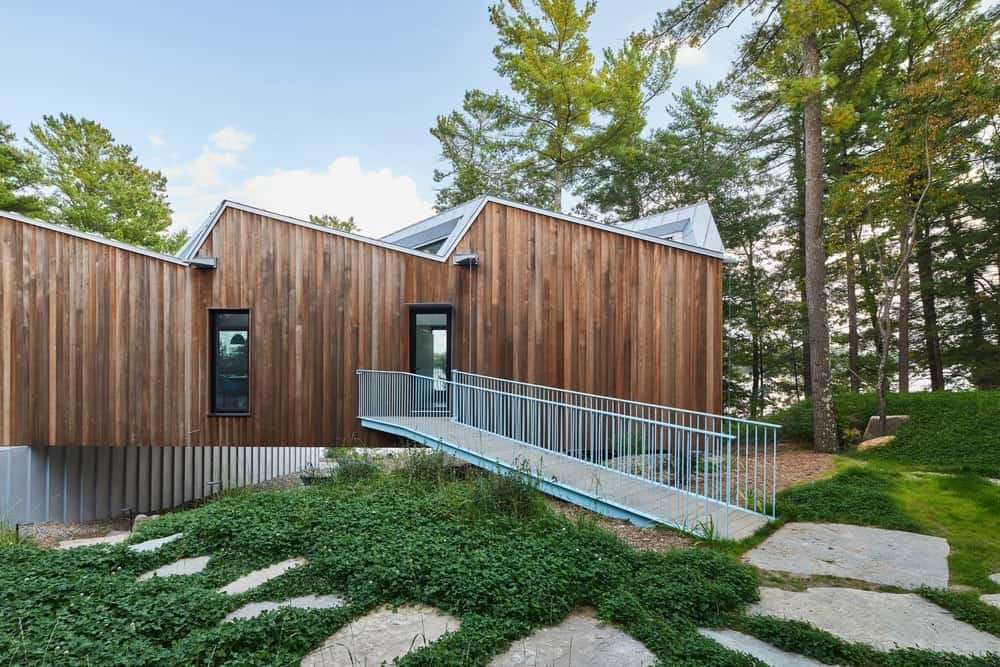 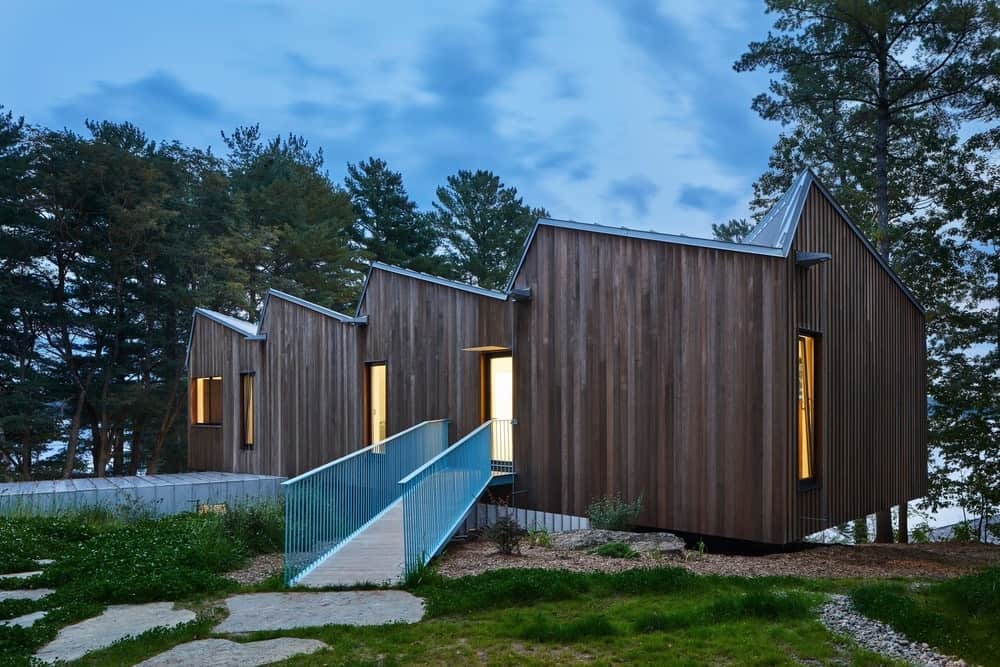 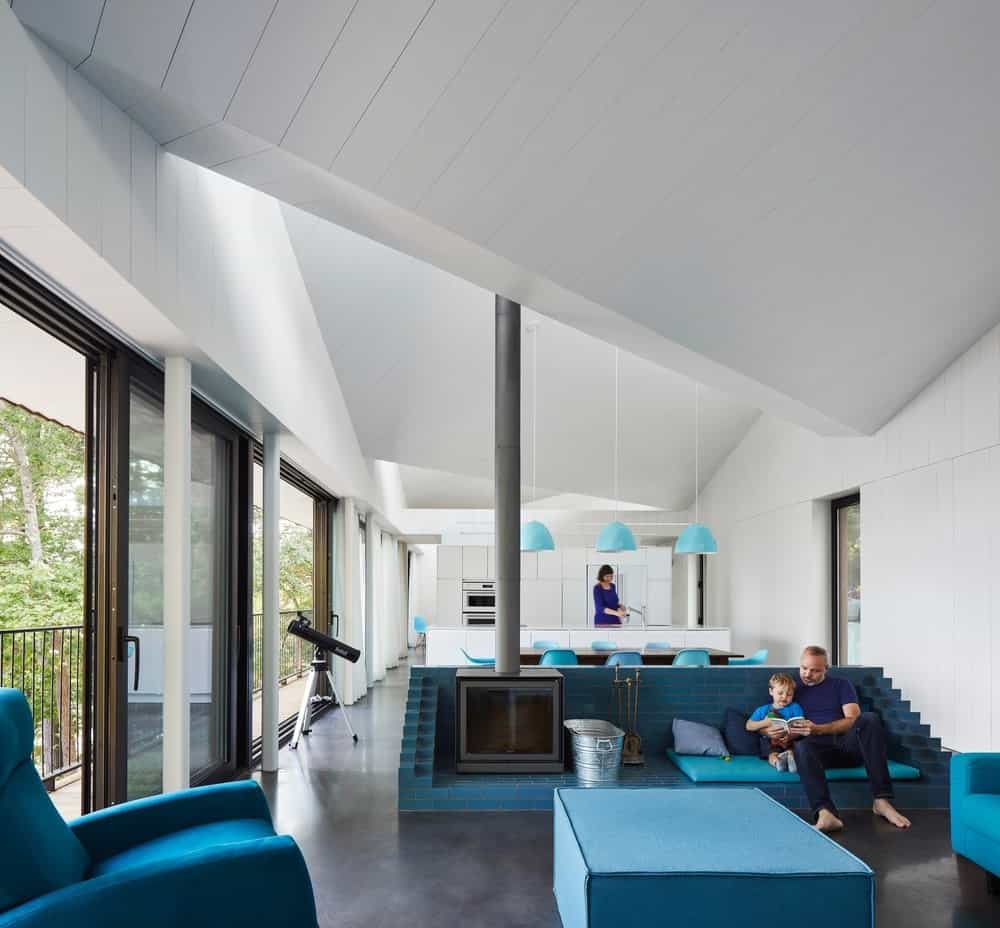 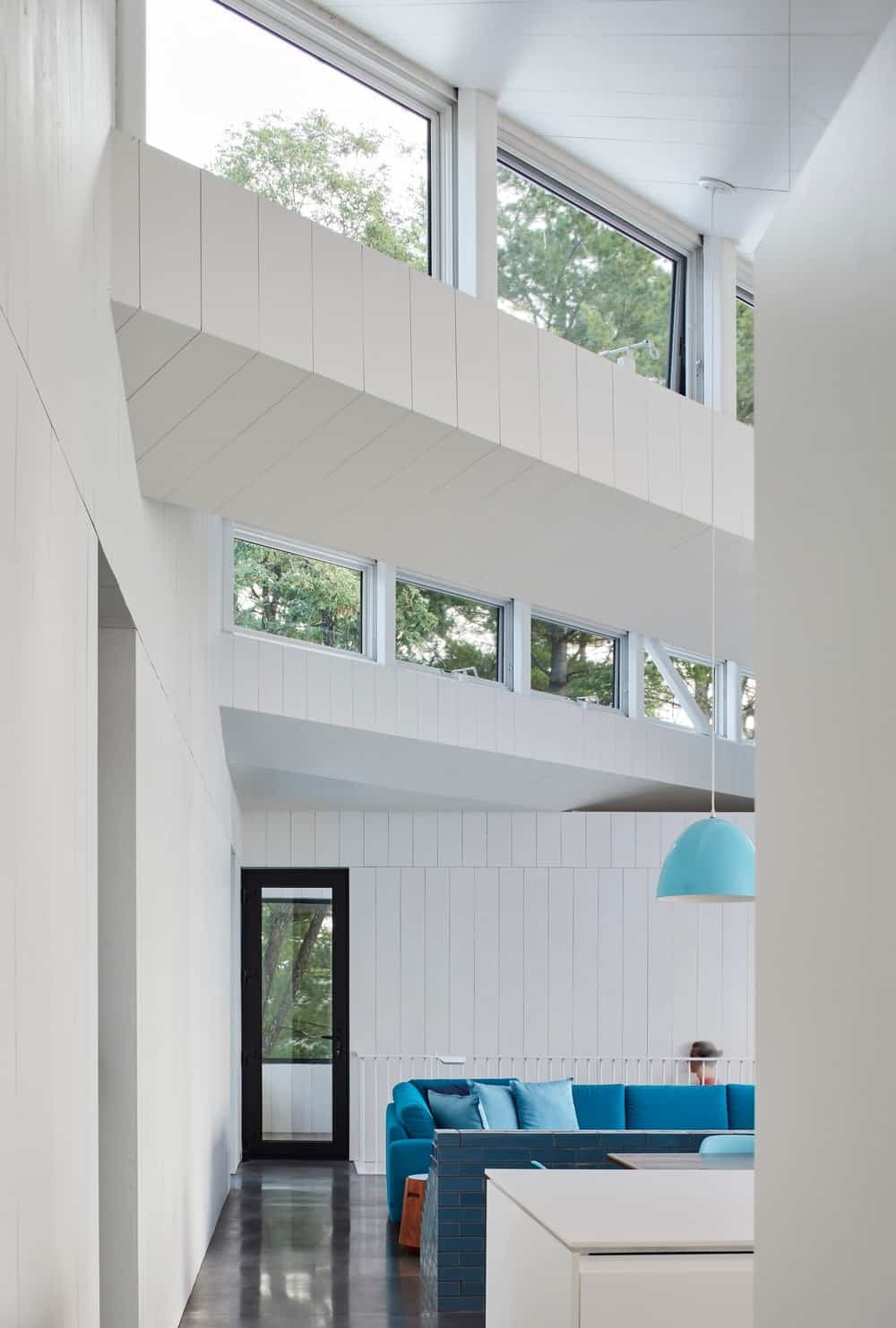 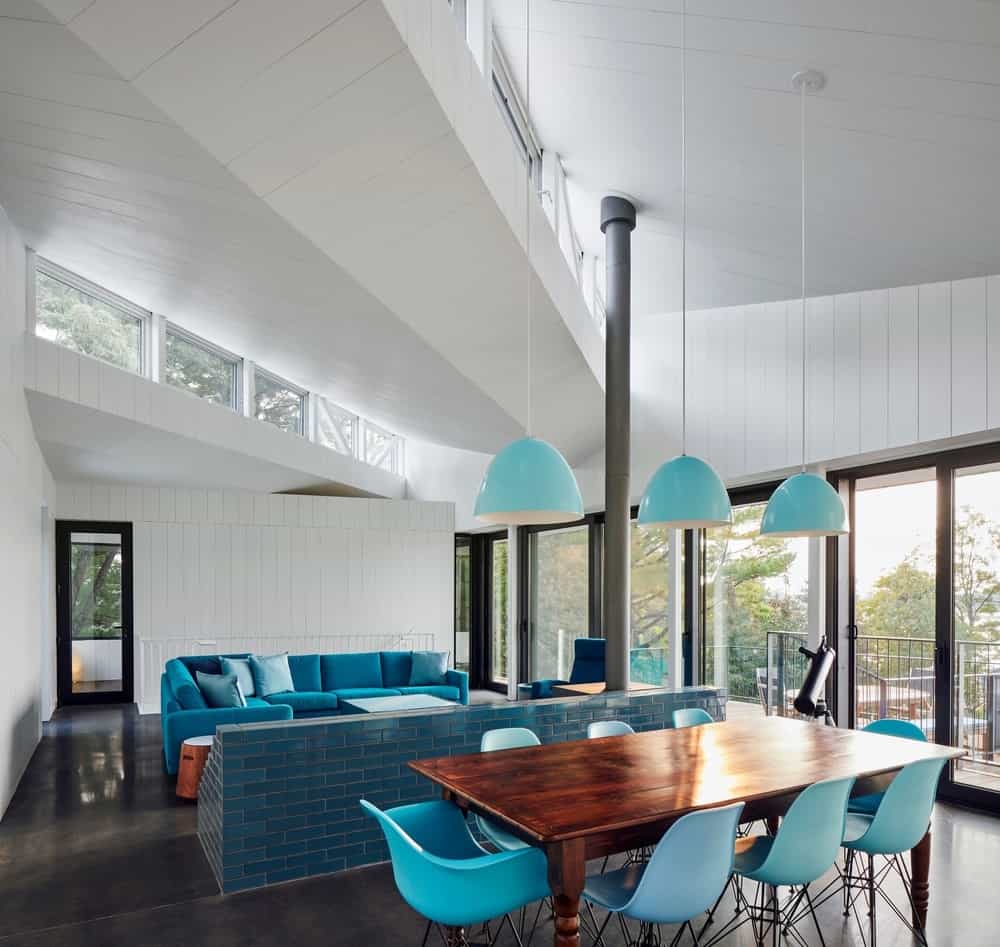 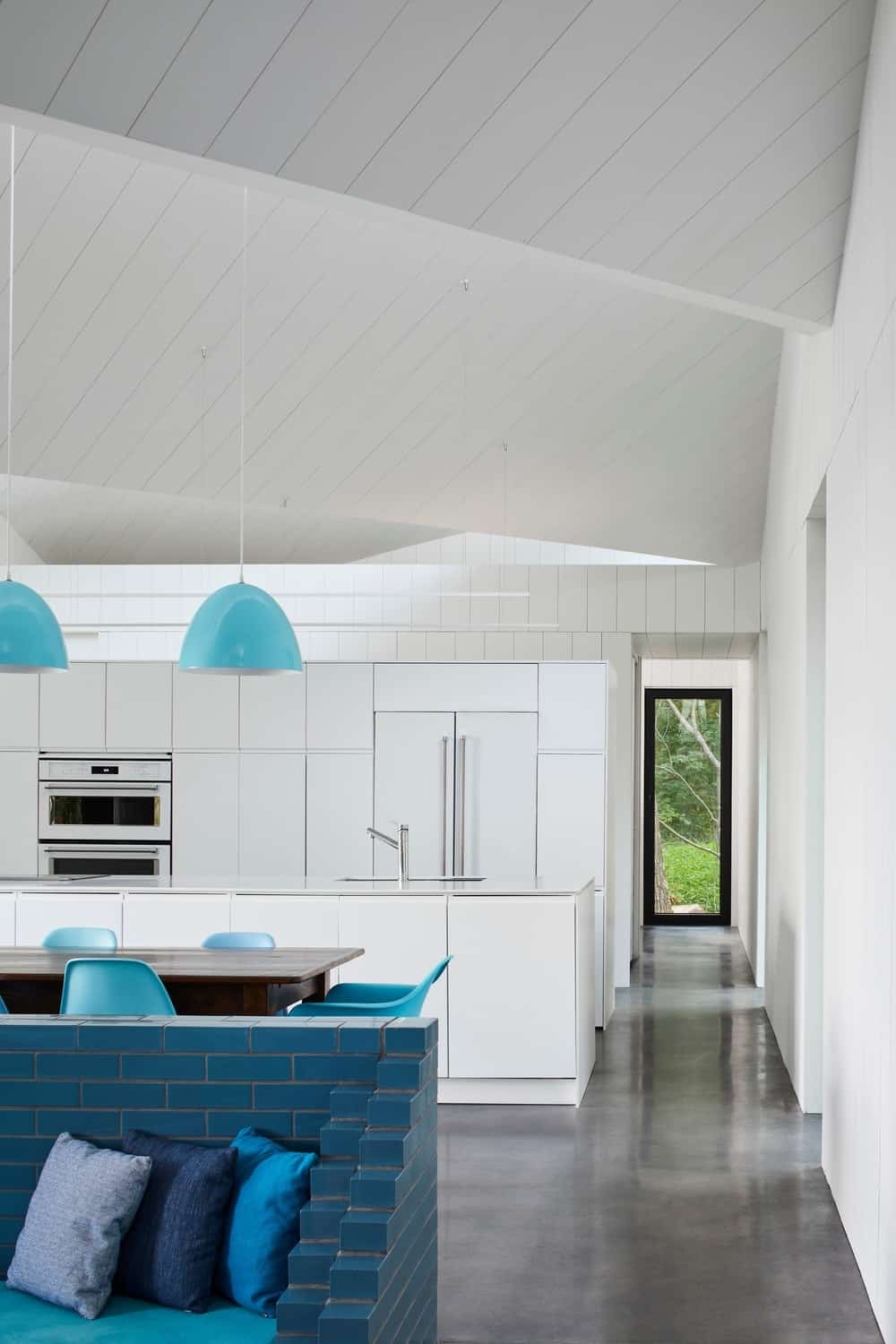 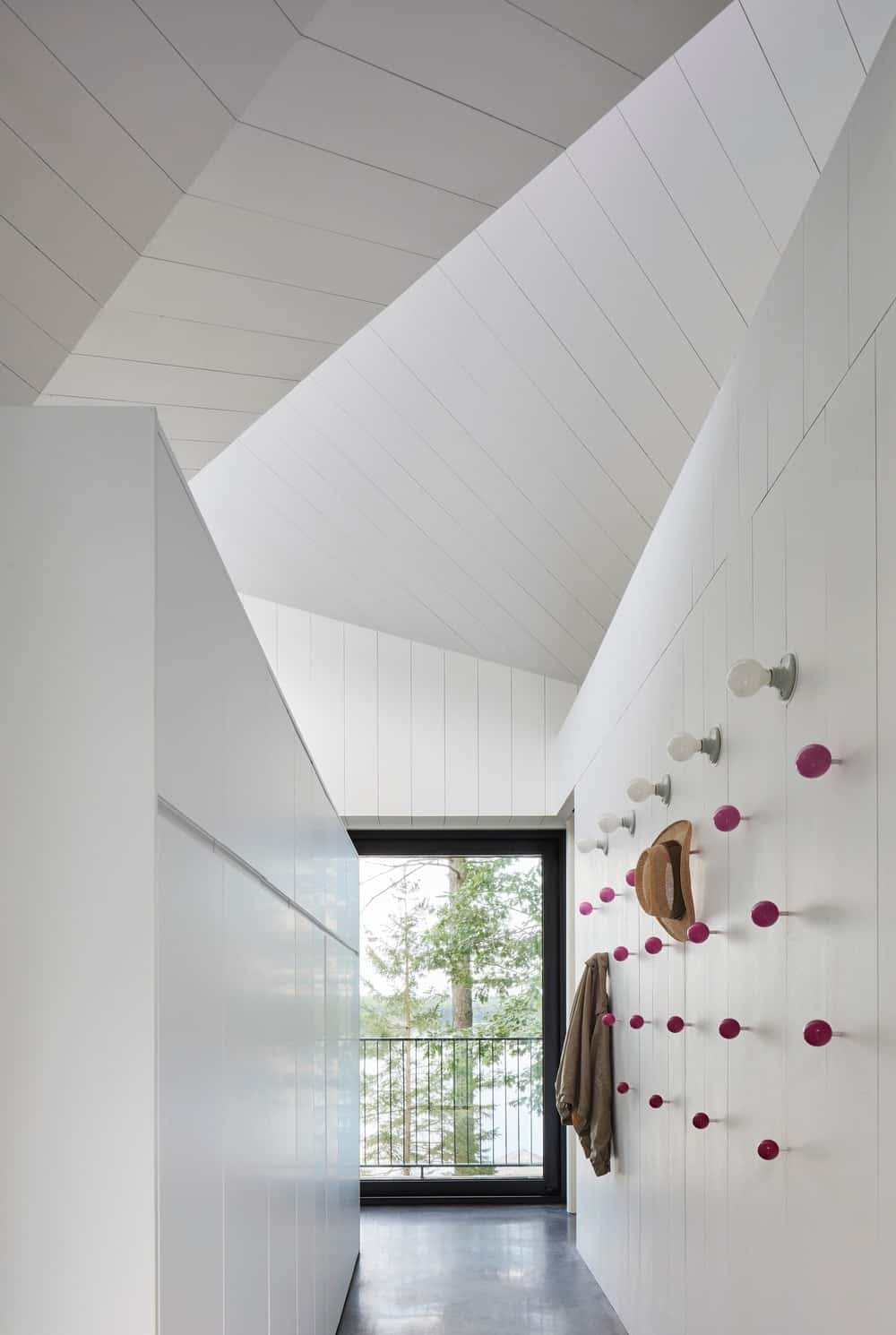 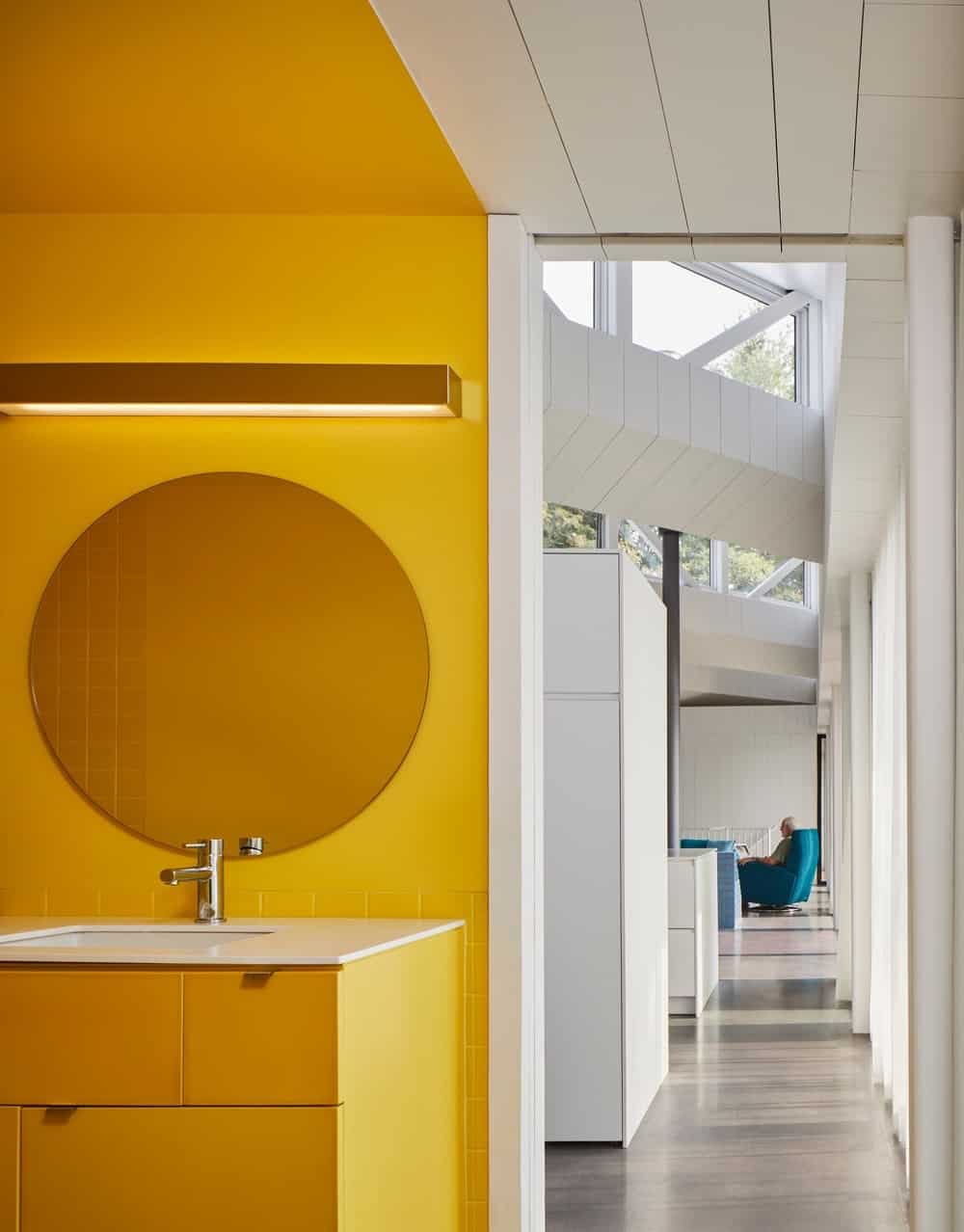 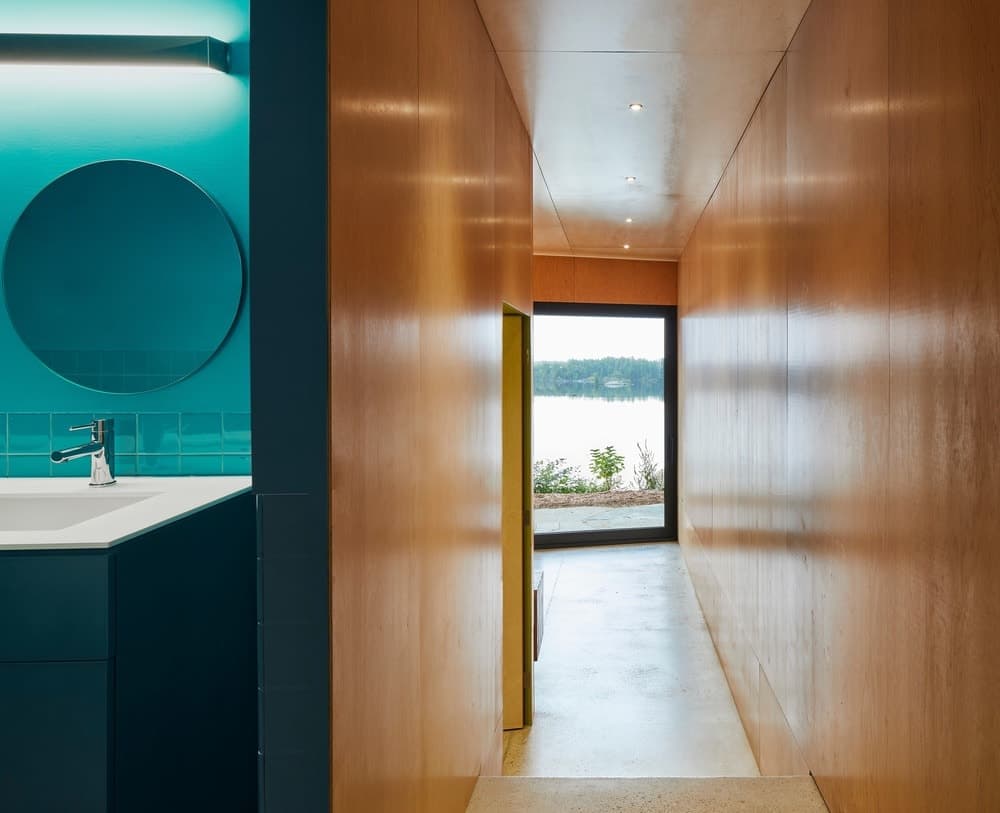 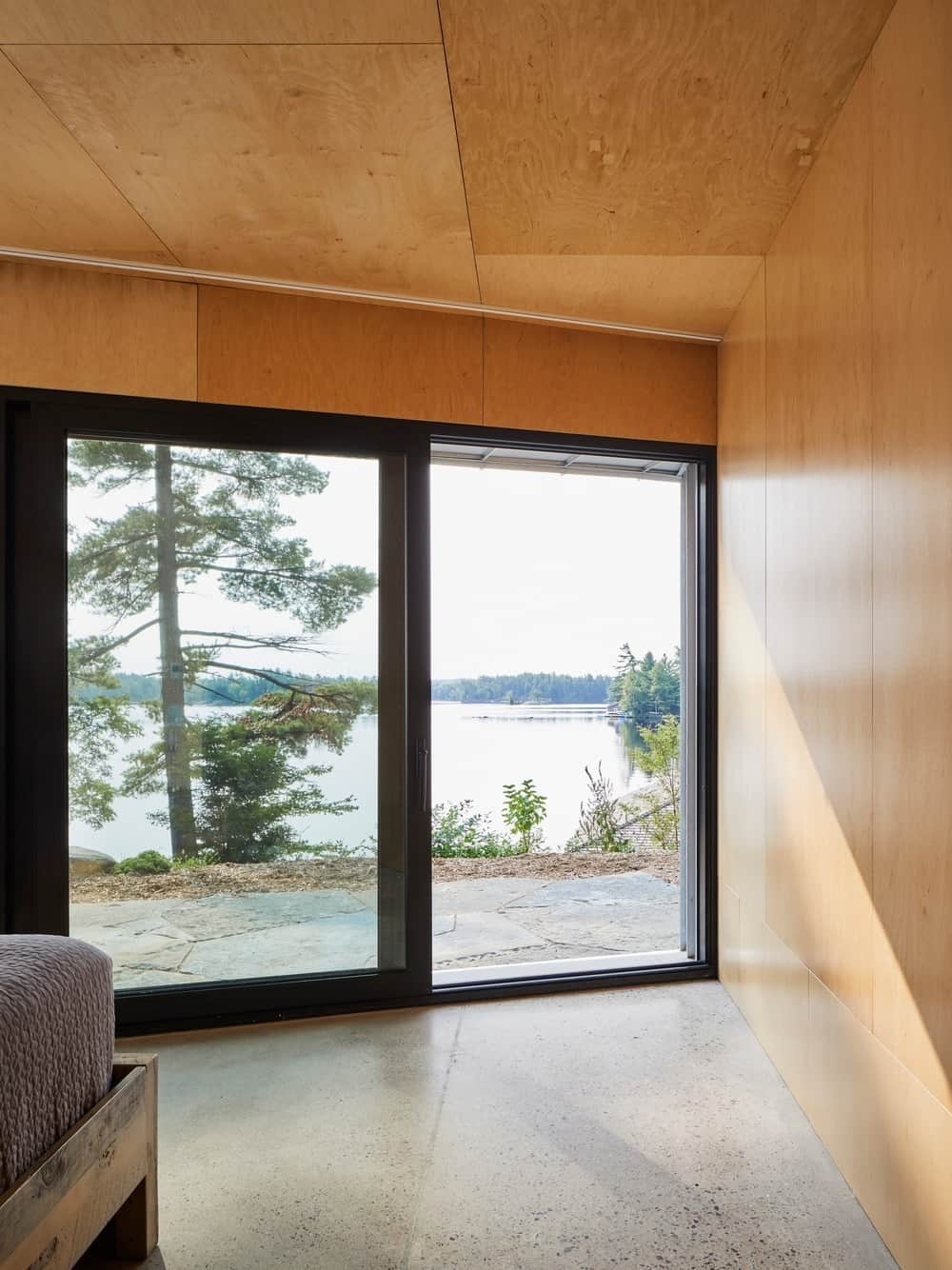 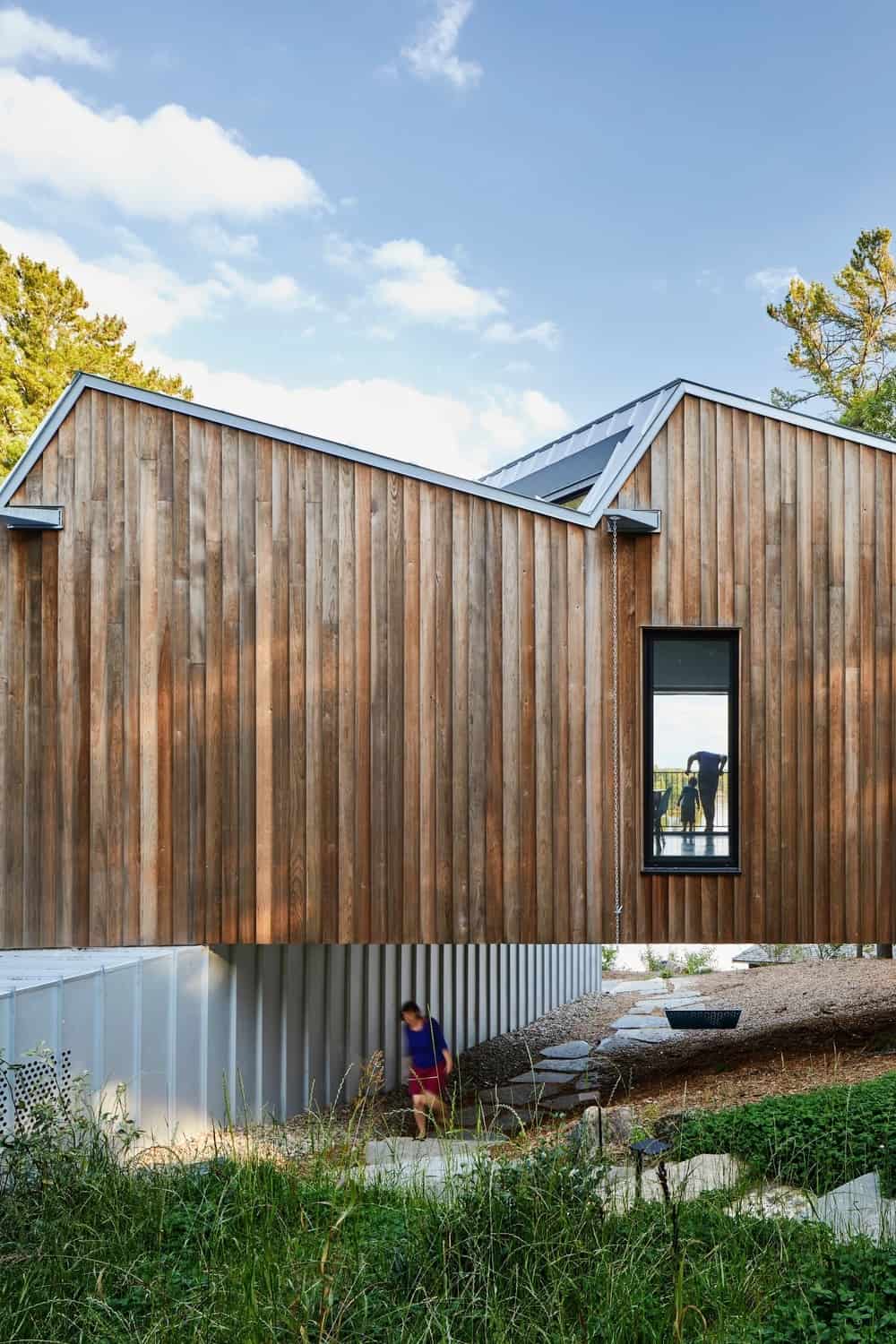 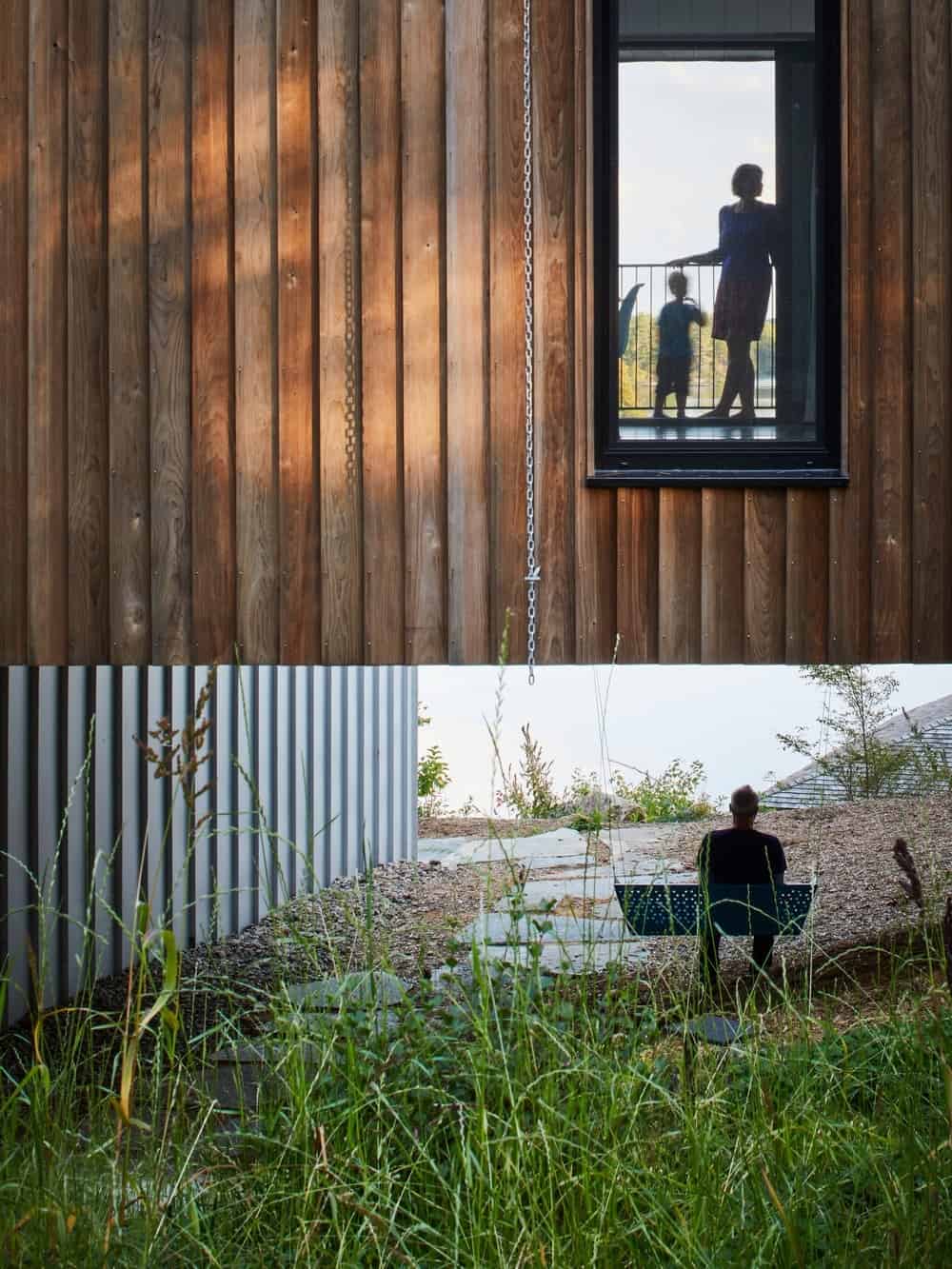 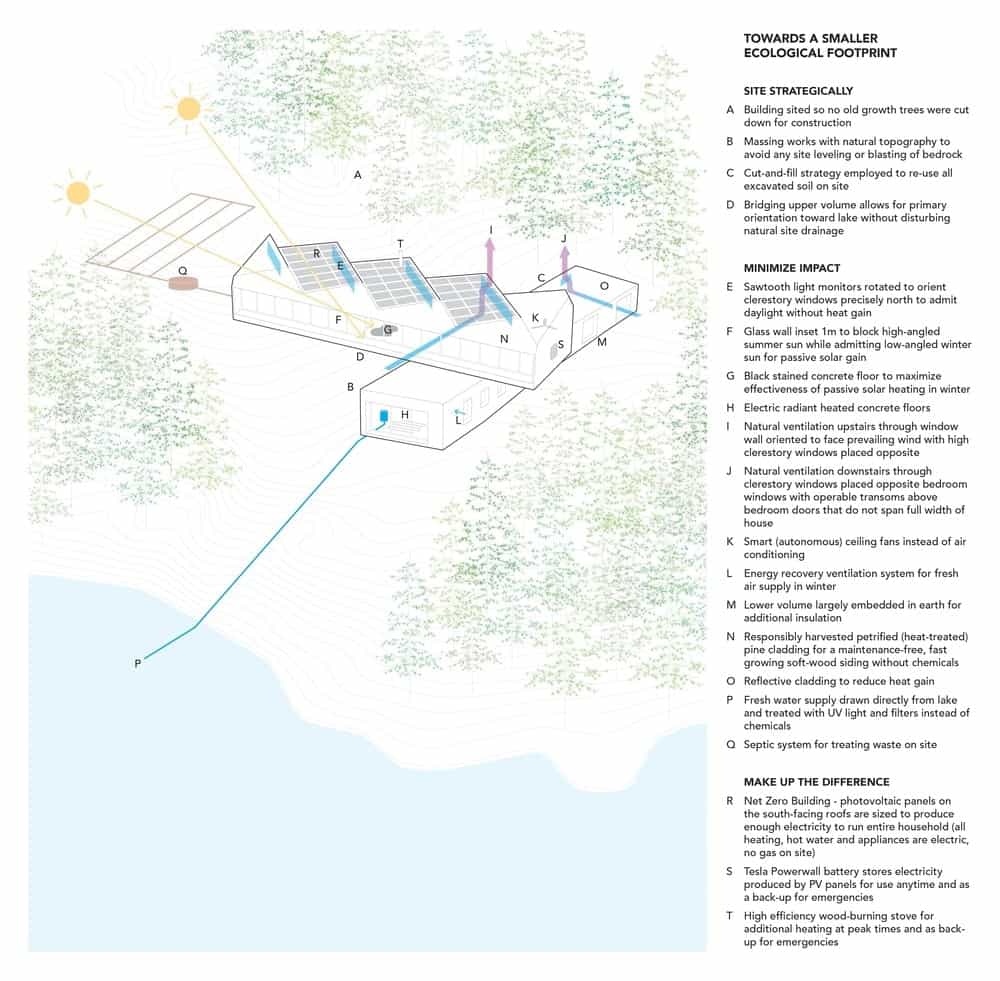 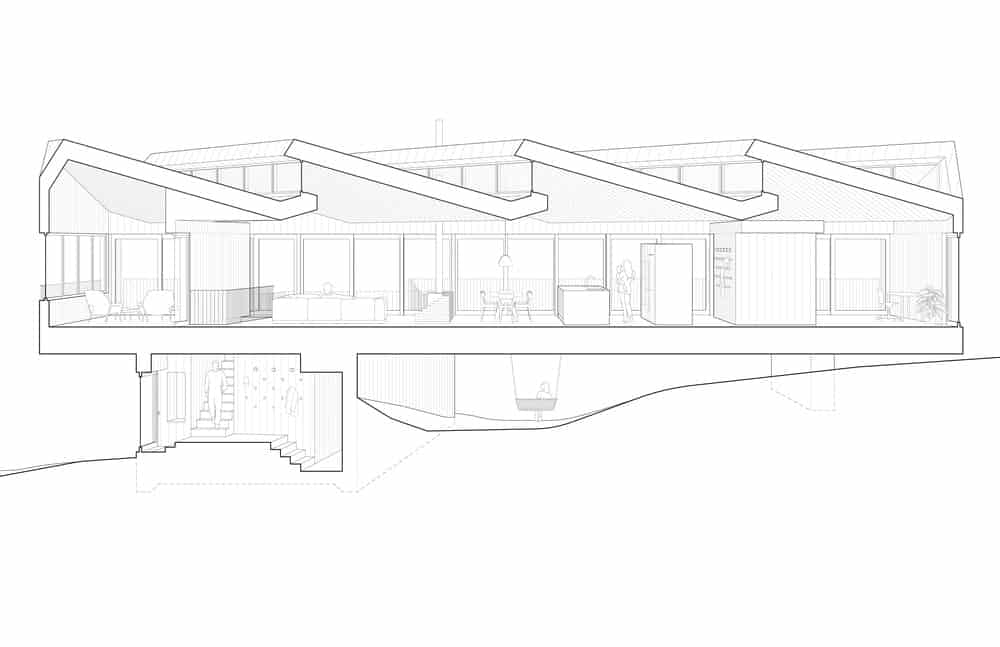 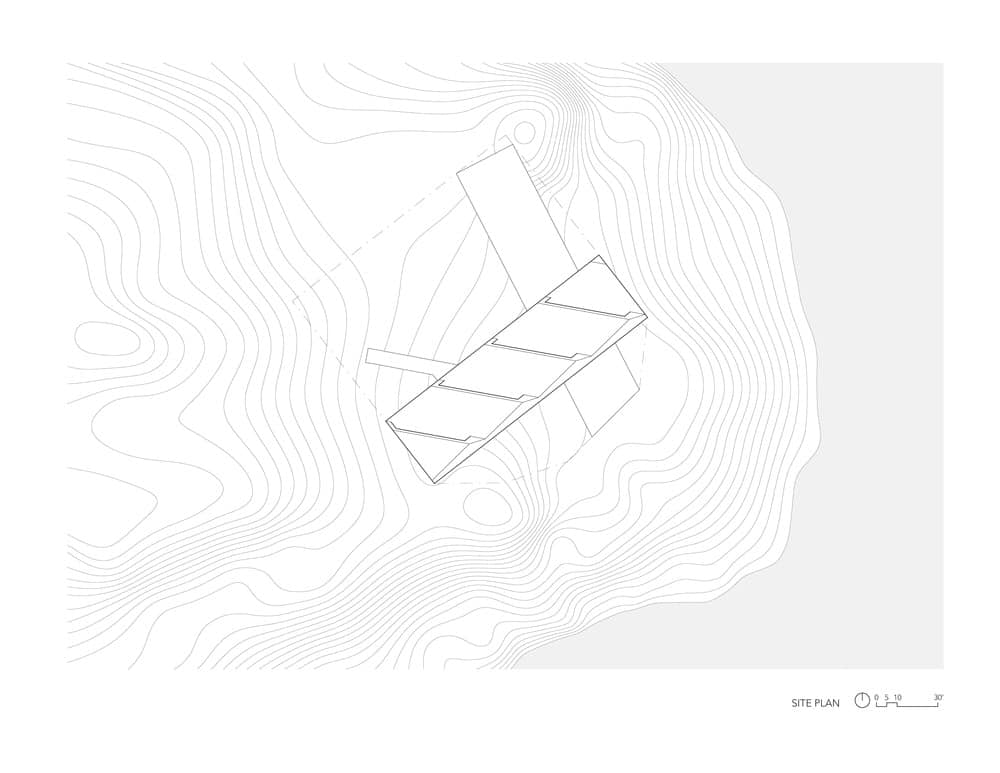 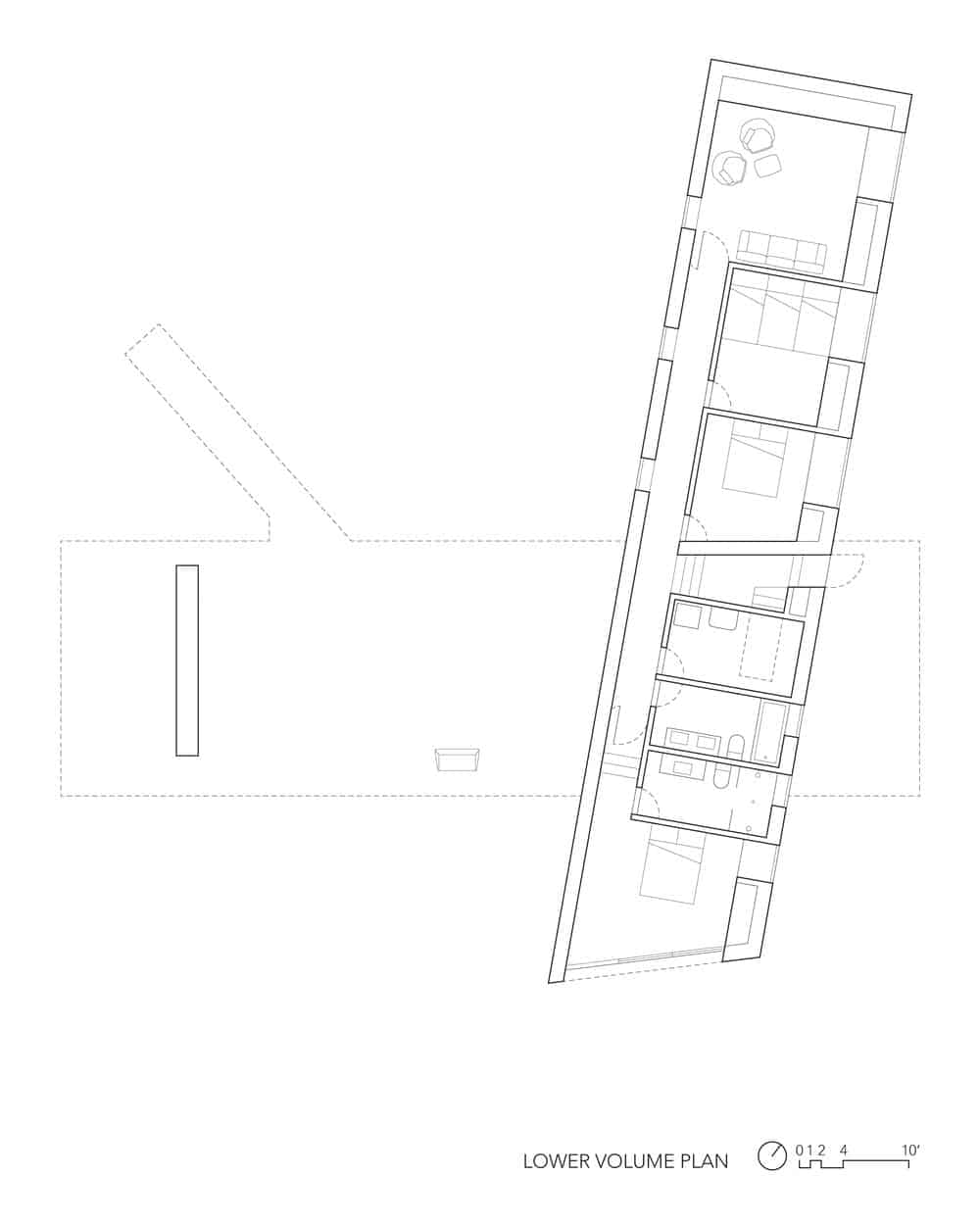 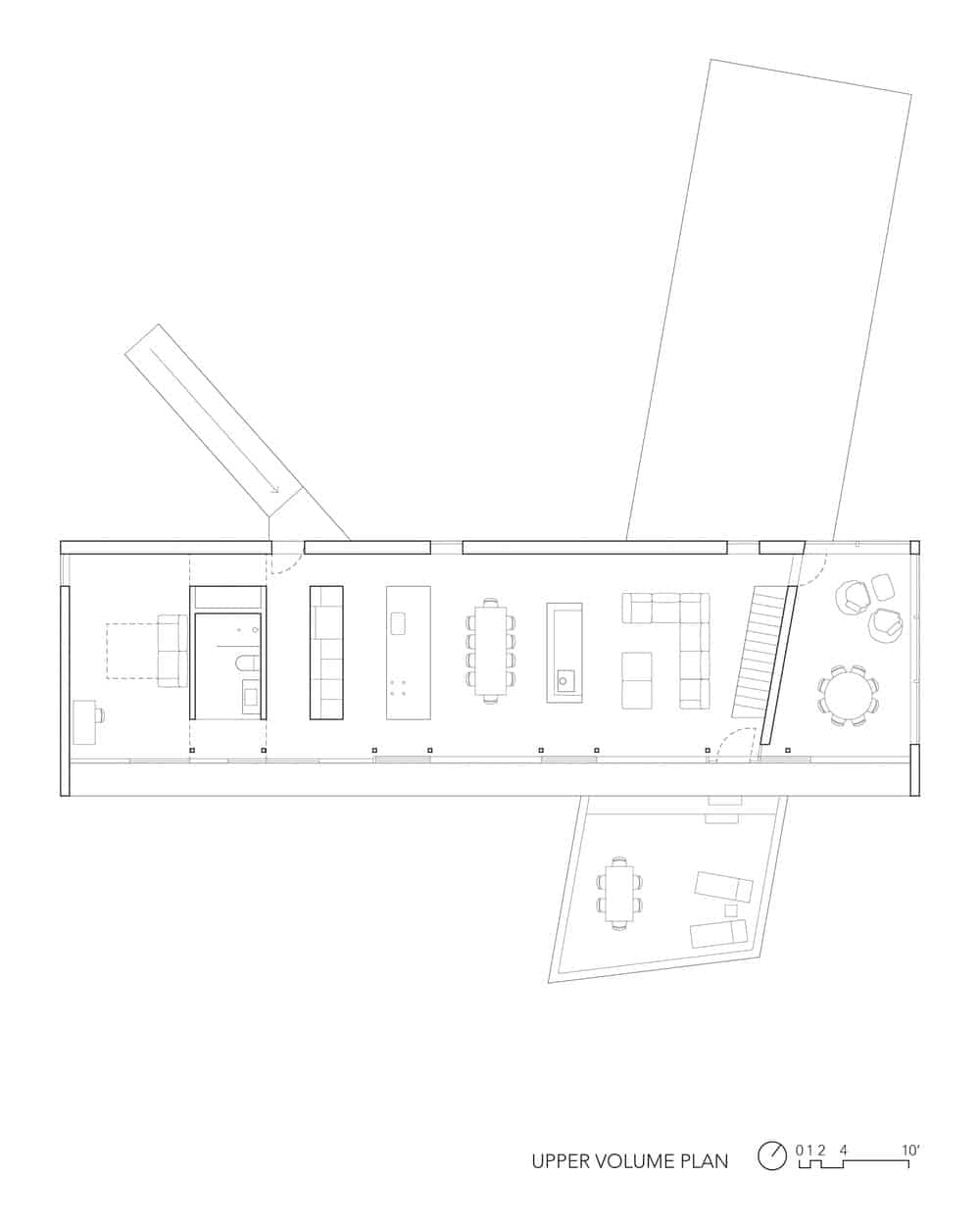 About Julia Jamrozik and Coryn Kempster

Julia Jamrozik and Coryn Kempster (www.ck-jj.com) are Canadian designers, artists and educators who have collaborated since 2003. They endeavour to create spaces, objects and situations that interrupt the ordinary in critically engaging and playful ways.

Together they have won numerous competitions and have exhibited and published in Canada, the US, Germany, France, Italy and South Korea, including solo shows at Vtape and Convenience Gallery in Toronto.