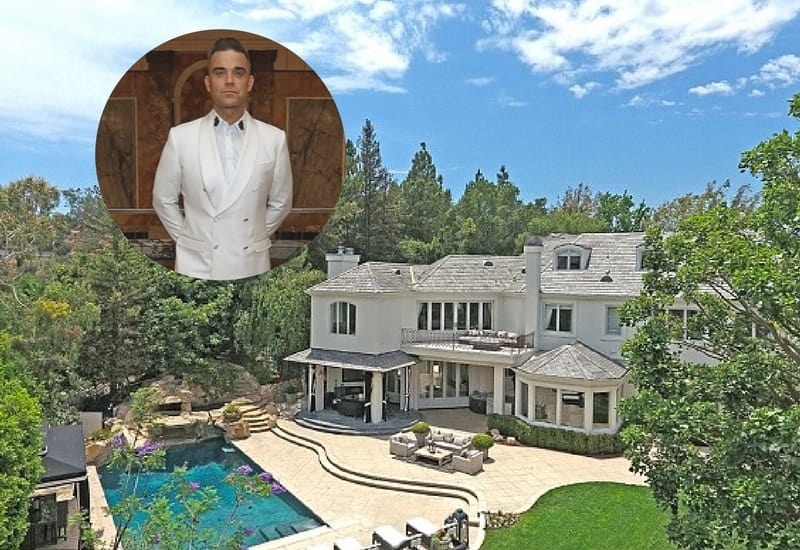 Located in the exclusive Mulholland Estates neighborhood, Williams' mansion boasts 10,681 square foot traditional style build and has 7 bedrooms and 11 bathrooms that were originally built in 1992.

Robbie Williams started his career when he was 16 years old, joining Gary Barlow, Mark Owen, Howard Donald and Jason Orange in creating the boy band called Take That before becoming a well-known and best-selling solo singer.

Although he grew up performing in local plays and spent school holidays with his father, watching him perform comedy acts, he found his career when he was told to audition for the boy band by his mother. Williams and his group took their six no. 1 singles and three No. 1 albums. Upon building his path with the help of the Take That band, Williams left to pursue a solo career singing a hit cover of George Michael’s “Freedom”.

Shortly after that, Williams launched his first album called Life Thru a Lens. The single called “Angels” from the album sold more than 800,000 copies and stayed for over three months in the top 10. The world witnessed his success through his following albums, I’ve Been Expecting You in 1998, Sing When You’re Winning in 2000, Swing When You’re Winning in 2001, Escapology in 2002, Intensive Care in 2005, Rudebox in 2006, Reality Killed the Video Star in 2009 and Take the Crown in 2012. His success earned him the best-selling British solo artist in the United Kingdom recognition, with over 70 million records sold worldwide. He was also inducted into the UK Music Hall of Fame back in 2004.

Located in the exclusive Mulholland Estates neighborhood, Williams’ mansion boasts 10,681 square foot traditional style build and has 7 bedrooms and 11 bathrooms that were originally built in 1992.

The mansion features a towering two-storey foyer leading to the living spaces and formal dining. The kitchen offers a comfortable breakfast bar while the gym is almost complete with workout equipment. There’s also a media room for additional indoor entertainment. The luxurious primary suite is located upstairs that has a private patio offering stunning views of the outside space.

The mansion also features a spacious backyard where a pool, spa, outdoor kitchen and living area sits, perfect for entertaining guests or hosting a pool or BBQ party.

Check out the full photo gallery below of Robbie Williams’ home.

CelebsNetWorthToday.com estimates his fortune at $200 million. 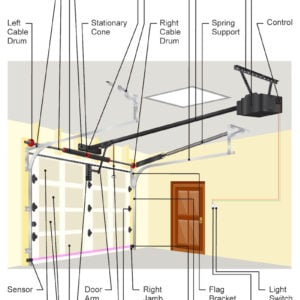 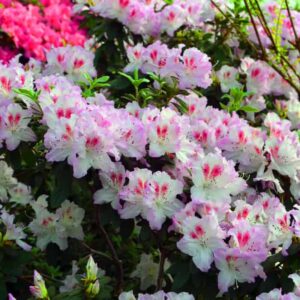