The Dakota building is a mix of French Renaissance, German Gothic, and English Victorian architecture where a lot of New York celebrities live. A corner unit is now on the market reduced from $19.5 million to $14.5 million.

The unit is measured at 4,500 square feet with ten spacious rooms. It consists of four bedrooms, six fireplaces, and a shaving closet. The rooms are designed to have different colors that range from mustard yellow to burnt orange and black while some are covered with patterned wallpaper.

The corner unit of the Dakota Building in New York is listed by Craig Schiller and Meredith Specht of Warburg Realty – Flatiron.

John Lennon moved into The Dakota in 1973 and lived there until he was murdered outside the building’s 72nd Street entry in 1980 by a deranged fan. The building’s exterior was filmed as the home of Mia Farrow’s devil-mama character in Rosemary’s Baby. Some people say it is the scariest building in New York City with a long history of ghosts and hauntings.

The Dakota is a mix of French Renaissance, German Gothic and English Victorian architecture with steep-pitched roofs, dormers, balconies, pavilions, demented gargoyles and a mysterious Indian figure watching over the building’s main entrance. Legend is that it was named “The Dakota” because it was built in 1884 in the boondocks, far away from the most popular areas of Manhattan. A long history of ghastly stories surround The Dakota including tales of worker’s arms forced into lights to burn them, ghostly children roaming the halls, former music legends in the foyer and tenants having metal bars thrown at them in the building’s basement.

The Dakota has been home to many New York celebrities including Maury Povich, who describes the building as “very haunted.” Lauren Bacall, Leonard Bernstein, Rosemary Clooney, Jason Robards, Judy Garland and Roberta Flack were longtime residents. John Lennon not only saw ghosts there during his Dakota days, even naming one “the crying lady,” but has reportedly become one himself. Yoko Ono still lives at The Dakota where she once found John playing their white piano and told Yoko, “Don’t be afraid, I am still with you.”

There are 65 apartments at The Dakota – every unit is different – with prices ranging from $4 million to over $30 million. The late Lauren Bacall’s residence recently sold for about $23 million and Robert Flack’s unit, next door to Yoko Ono, is for sale at $9.5 million.

Currently for sale at The Dakota is a corner unit with ten spacious rooms spread out over 4,500 square feet, four bedrooms, six fireplaces and something called a “shaving closet.” Rooms range in color from mustard yellow to burnt orange and completely black. The home has been on and off the market for the past eight years, now reduced from $19.5 million to $14.5 million. There are no reports that the apartment is haunted. 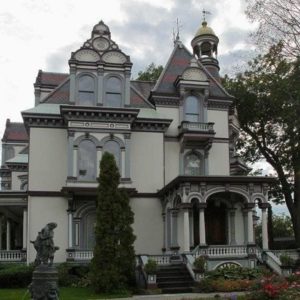 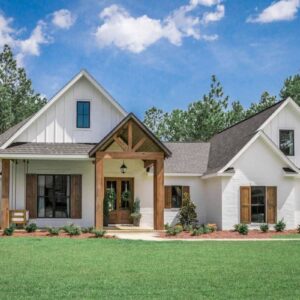