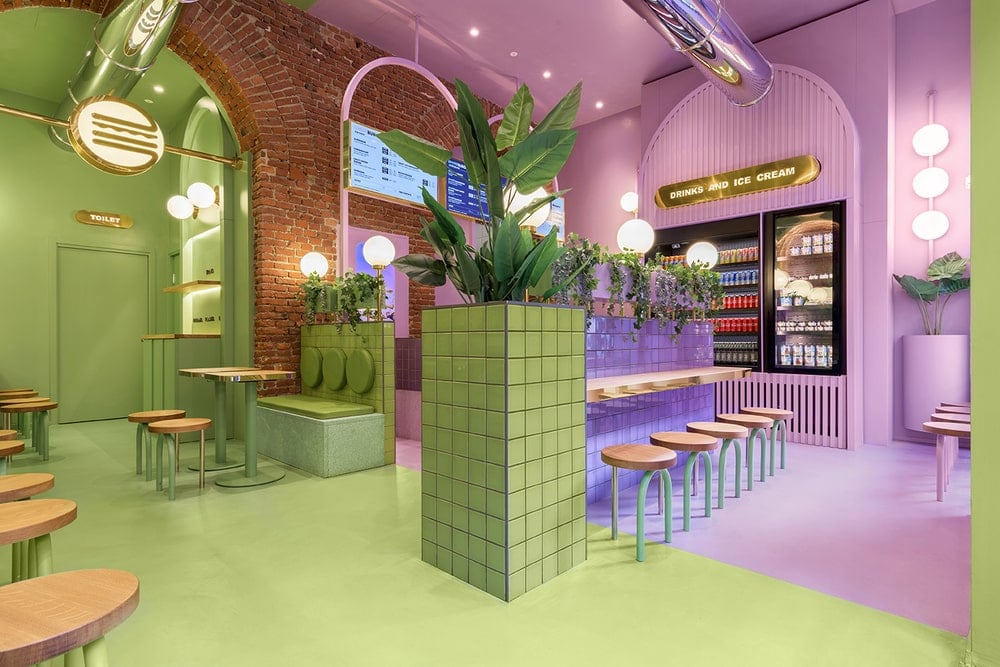 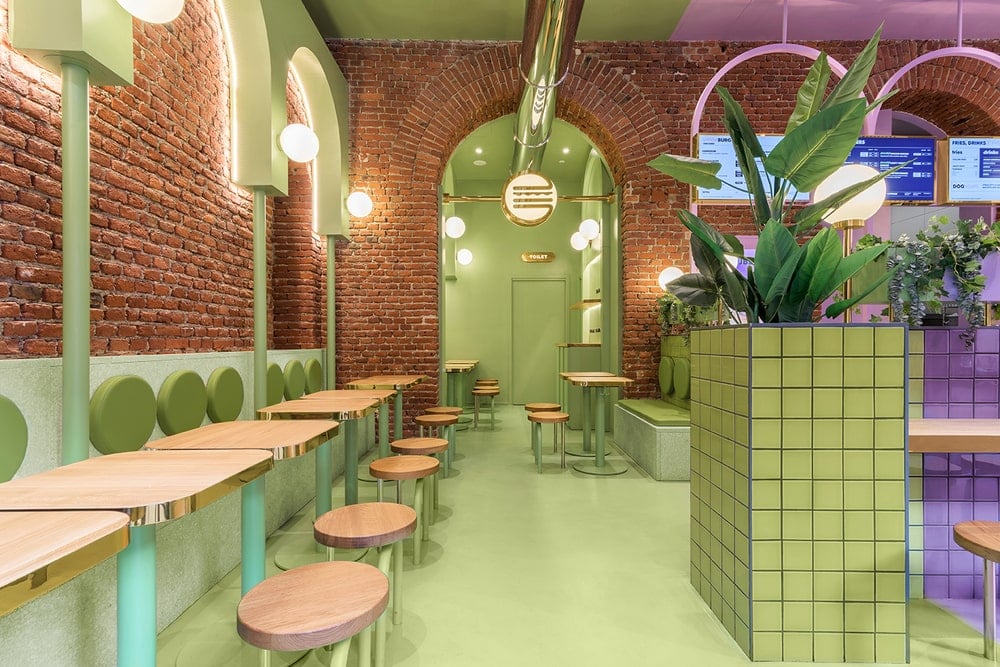 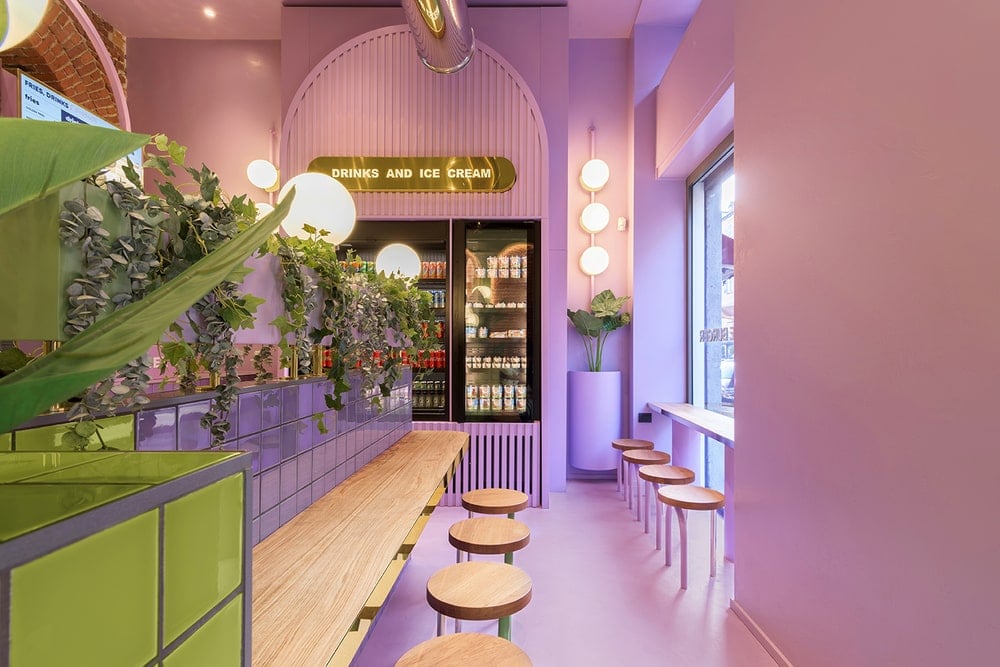 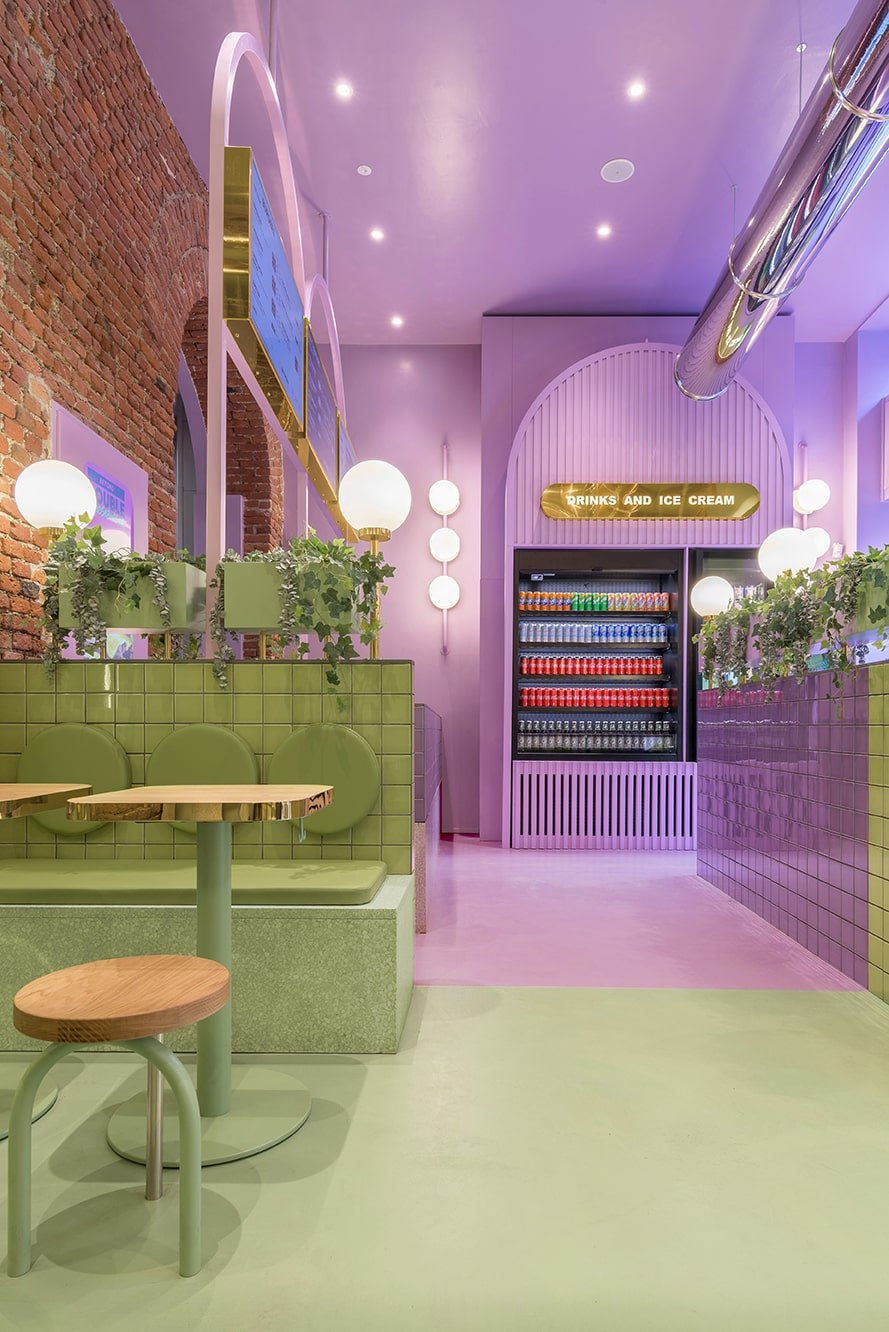 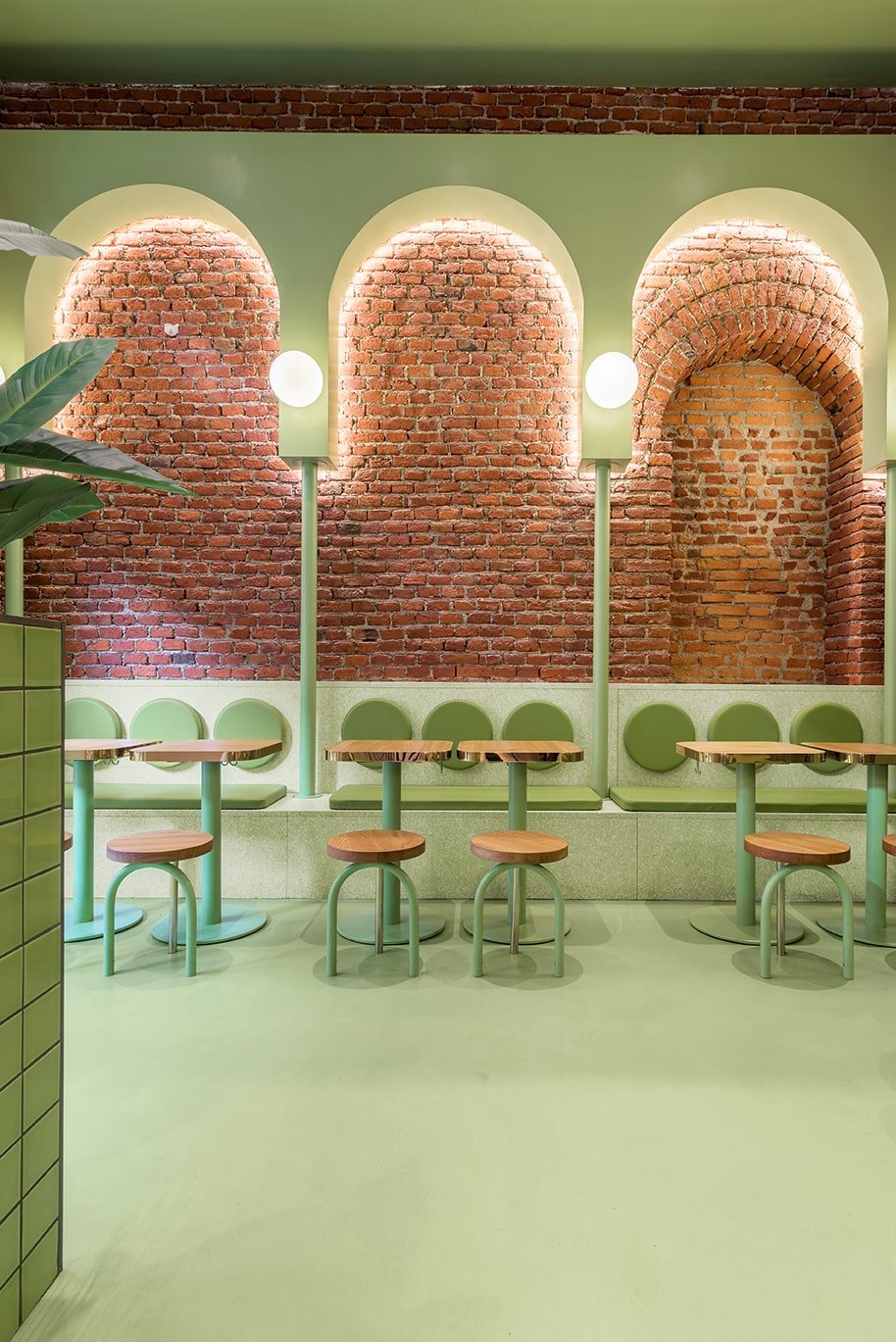 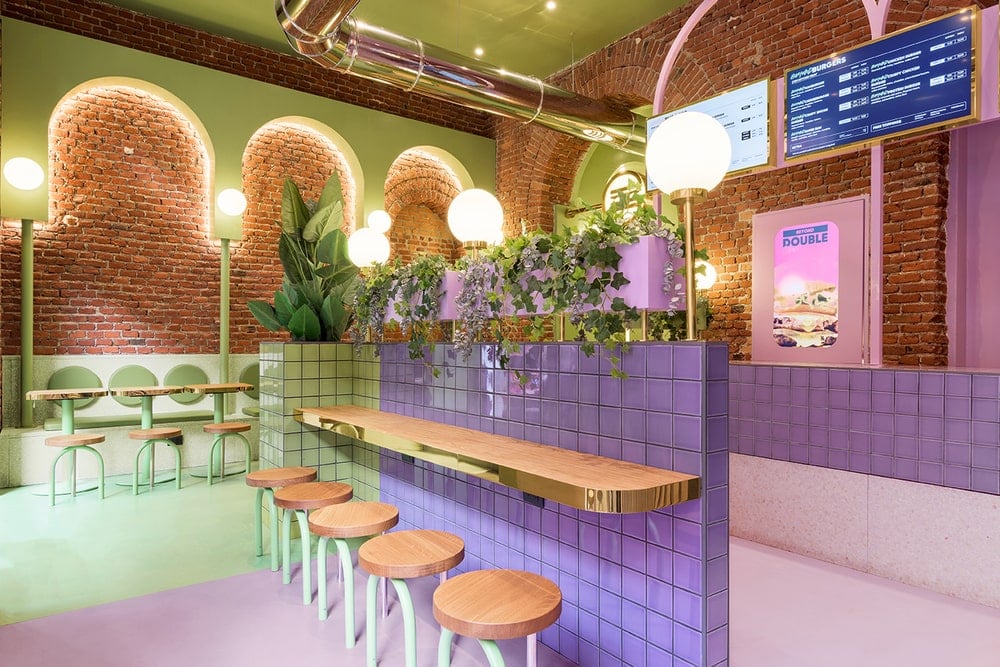 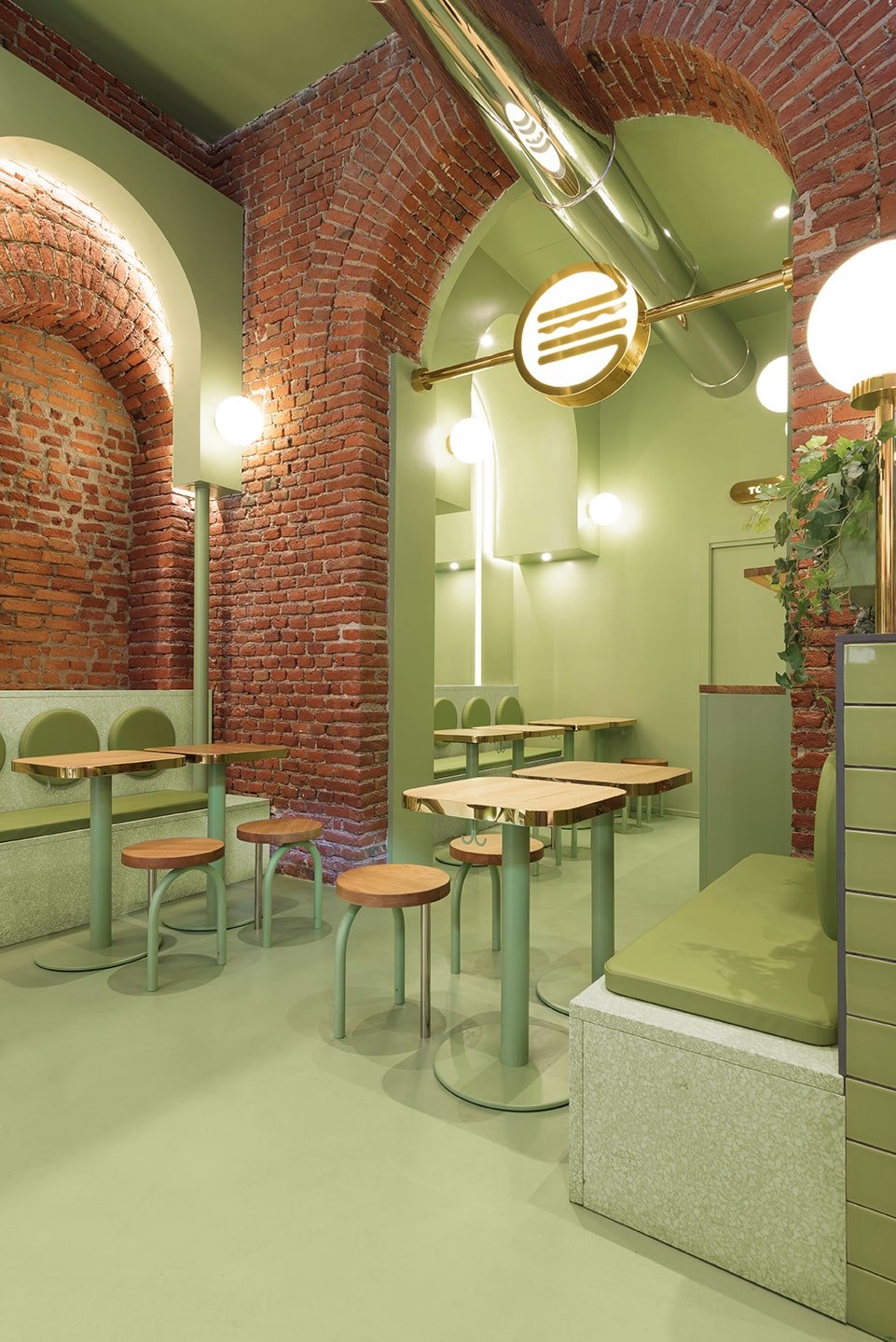 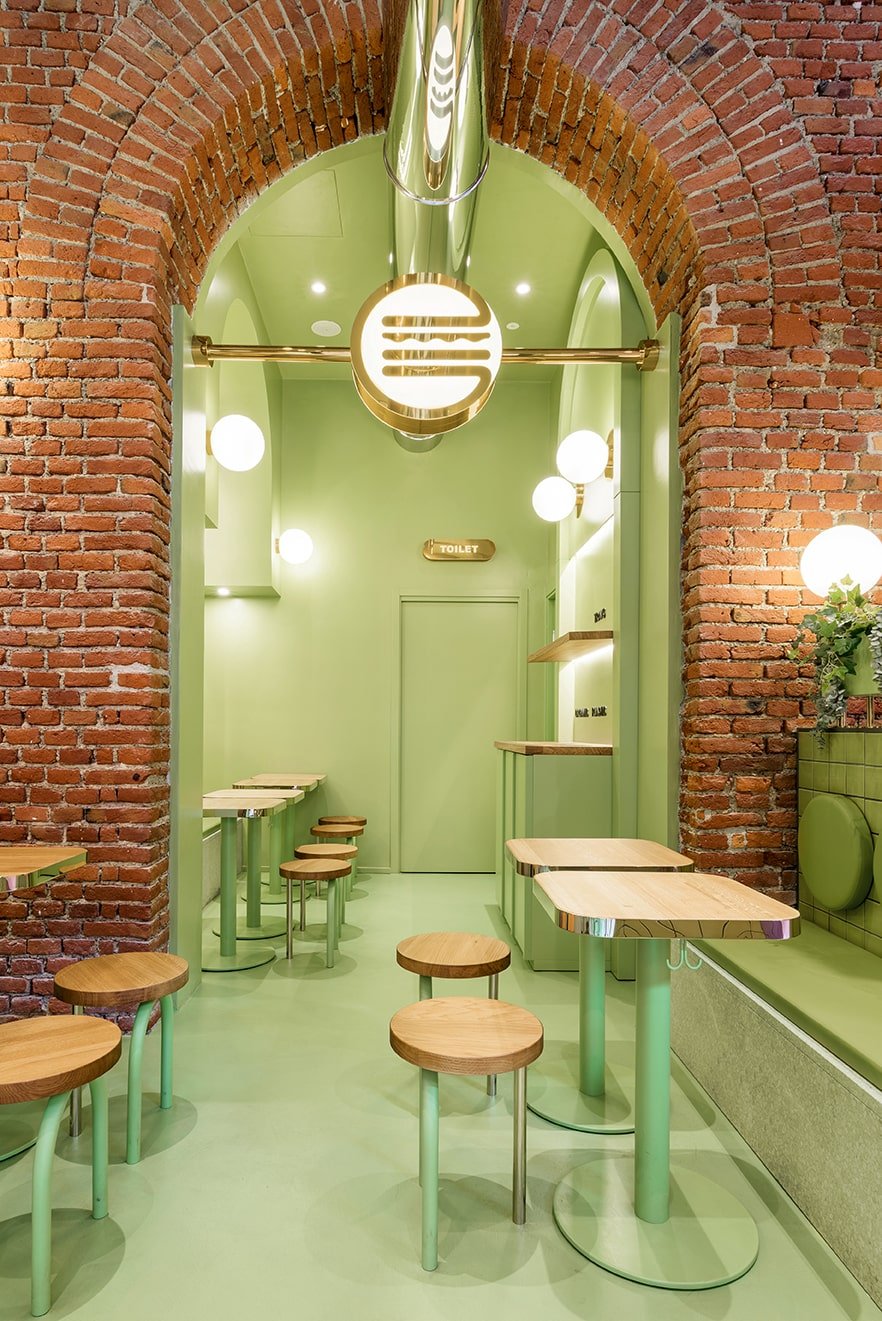 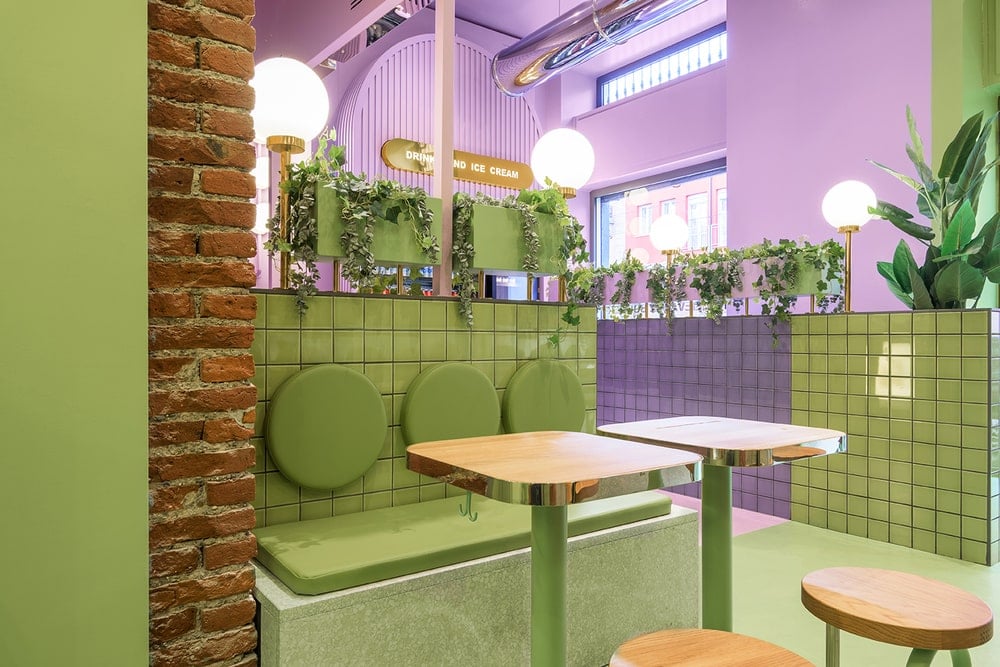 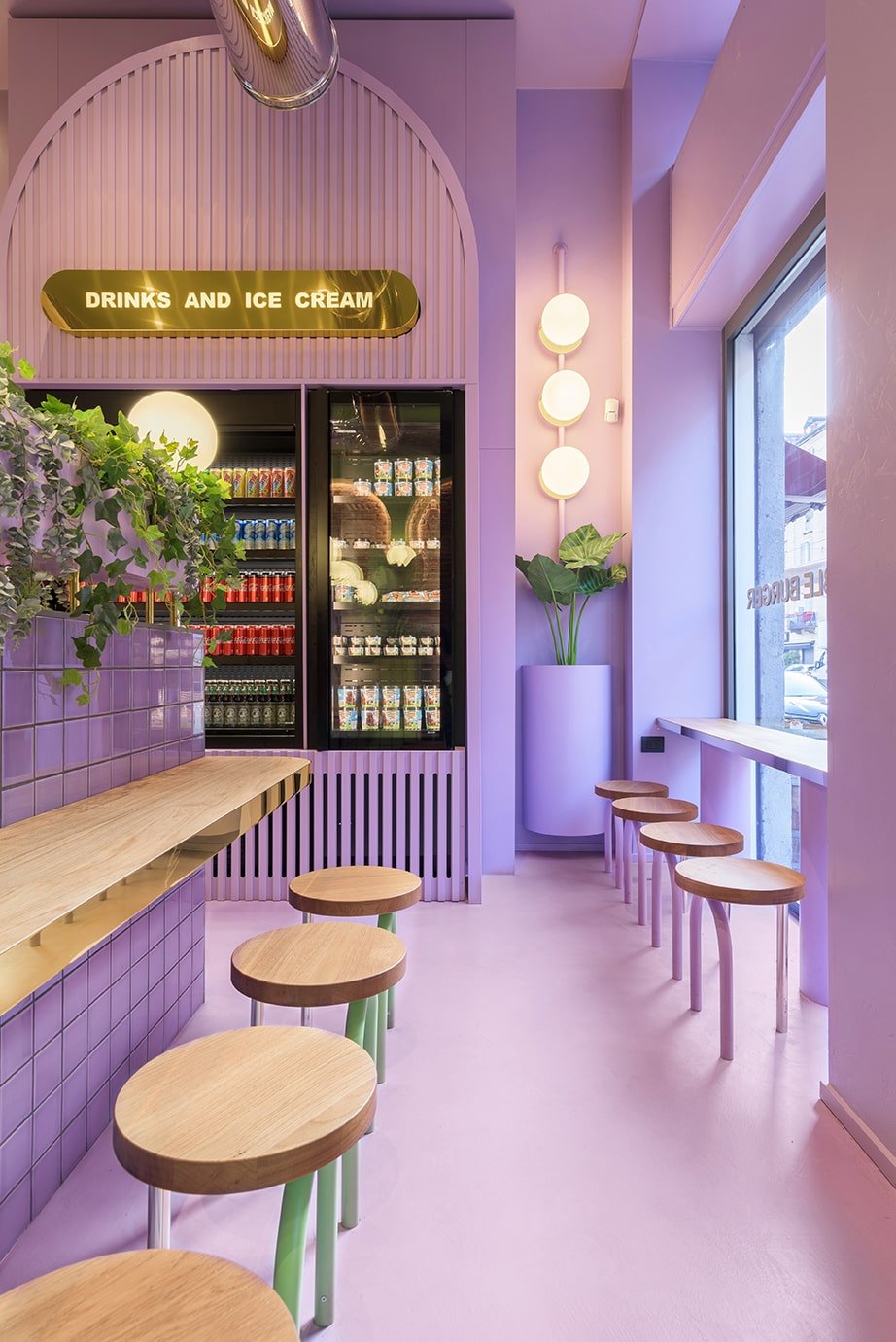 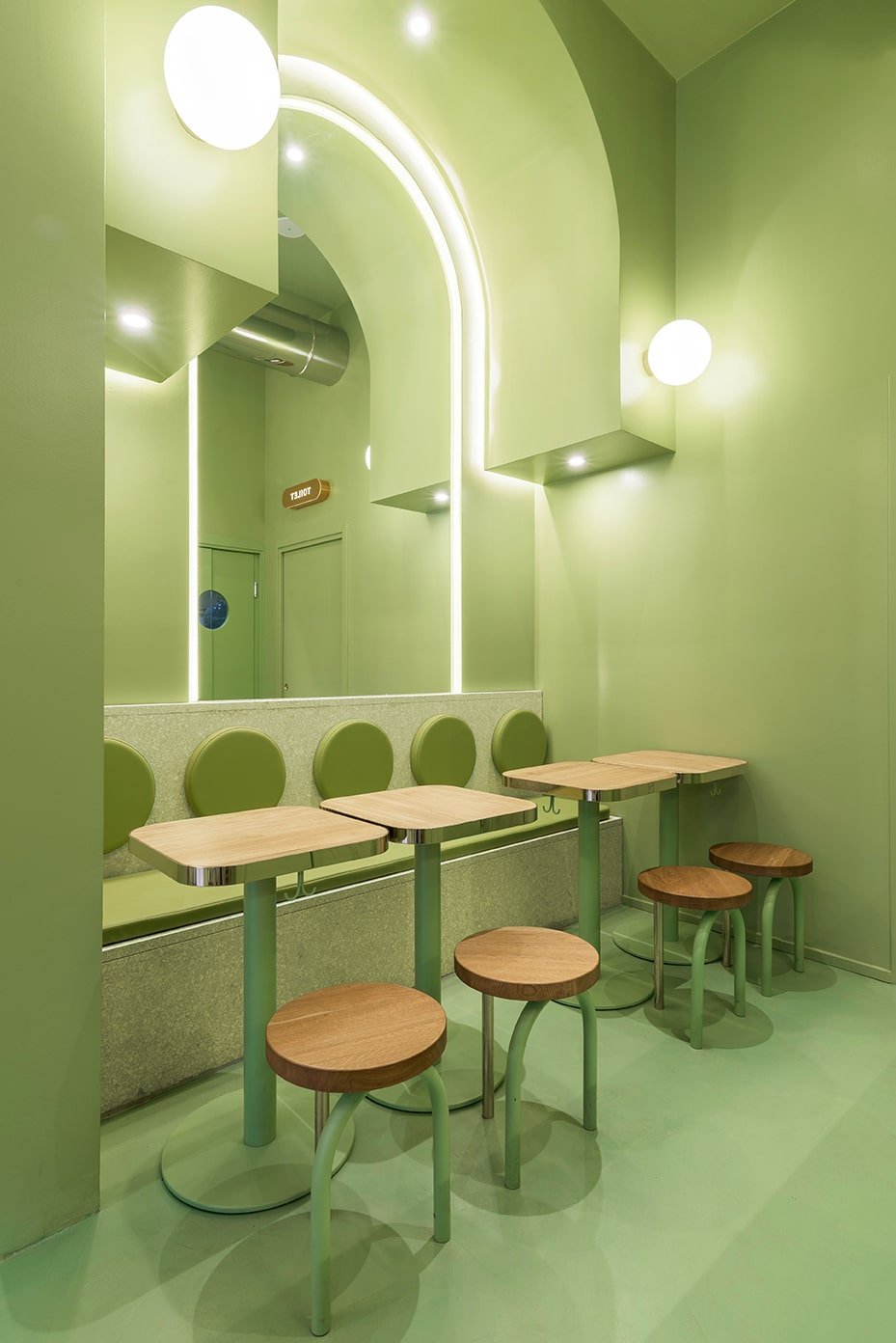 After presenting its Memphis-inspired Toadstool collection in 2016 and its collaborative exhibition with Italian terracotta artisan Poggi Ugo during the last Milan Design Week, now Masquespacio returns back to Milan with its first interior design project for Bun, located at Viale Bligny, next to the Bocconi University. The aim of the project was to create an identity with a clear focus on the younger generations and at the same time represent a more sophisticated approach for a high-quality hamburger restaurant.

During the last years, there is strong growth of hamburger chains, although most of them are opting for vintage & industrial look for their spaces. The design developed by Masquespacio for Bun takes the opposite direction and seeks to create an innovative concept that showcases the authenticity of Bun and its smash burgers. This way Masquespacio has used gold touches and terrazzo tiles mixed with a splash of color that creates a sophisticated but at the same time fresh design.

The project itself although starts from the investigation of the existing elements of the space with the aim to integrate them into the overall design aesthetic.

Ana Hernández, creative director from Masquespacio: “When we saw the beautiful bricks and arcs from the space it was evident for us that we would use these 2 elements as the starting point of the design.”

To create a uniform aesthetic through the space Masquespacio added additional arc forms with a green and purple color through the whole space, some totally independent and others are highlighting the al-ready existing arcs from the interior architecture.

Additionally, the wooden tabletops and plants represent the healthy and zero plastic identity from Bun.

After their successful collaboration in this project, Masquespacio and Bun are now also working on several new restaurants, amongst which the next one will be Buns’ first opening in Turin.