Iconic frontman and Rock and Roll Hall of Fame legend Lindsey Buckingham is listing his new build in Brentwood after significant renovations. 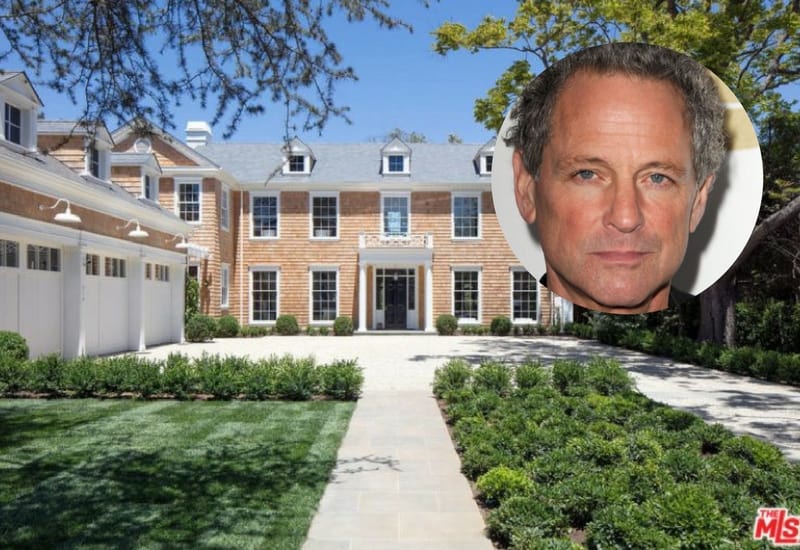 Iconic frontman and Rock and Roll Hall of Fame legend Lindsey Buckingham is listing his new build in Brentwood for $22.5 million after significant renovations. The Fleetwood Mac lead guitarist and his wife, a professional interior designer, have created a gorgeous interior for their colonial mansion.

Lindsey Buckingham grew up in the San Francisco Bay Area and became interested in music at an early age. His parents purchased his first guitar, a $35 Harmony, and he learned to emulate folk music and psychedelic rock. After dropping out of college, he became a member of the band Fritz, where he met Stevie Nicks, who would become his long-time girlfriend and fellow bandmate in Fleetwood Mac.

Lindsey toured with Fleetwood Mac from 1975 to 1987 and then again starting in 1997. The folksy blues rock band has spawned legions of hits in its forty years, many of which were written by Buckingham. In the interim between playing with the band, Lindsey developed his own solo projects.

Lindsey Buckingham has three children and was inducted into the Rock and Roll Hall of Fame as part of Fleetwood Mac in 1998.

The Buckinghams’ listing is loaded with features that make it an attractive buy. At $22.5 million, this Georgian-style estate on almost one acre sits in Brentwood, an idyllic community known for its 50 and over crowd. If you bought this home, you’d even be able to count Arianna Huffington as a neighbor!

The compound is spread over stretches of grassy lawn peppered with beautiful trees and also includes a swimming pool. There’s an outdoor seating area, spacious kitchen with easy outdoor access on the interior, and a spa, cabana, outdoor shower, and lush gardens in the exterior.

Below is the full photo gallery of Lindsey Buckingham’s home. 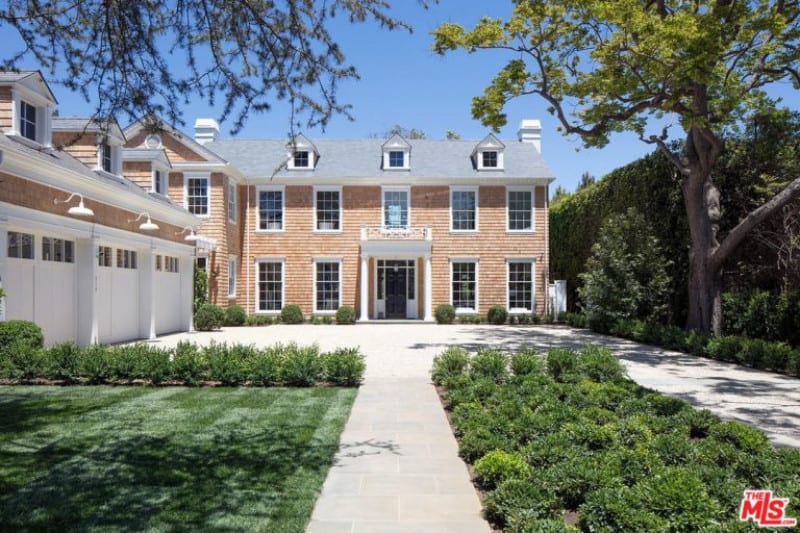 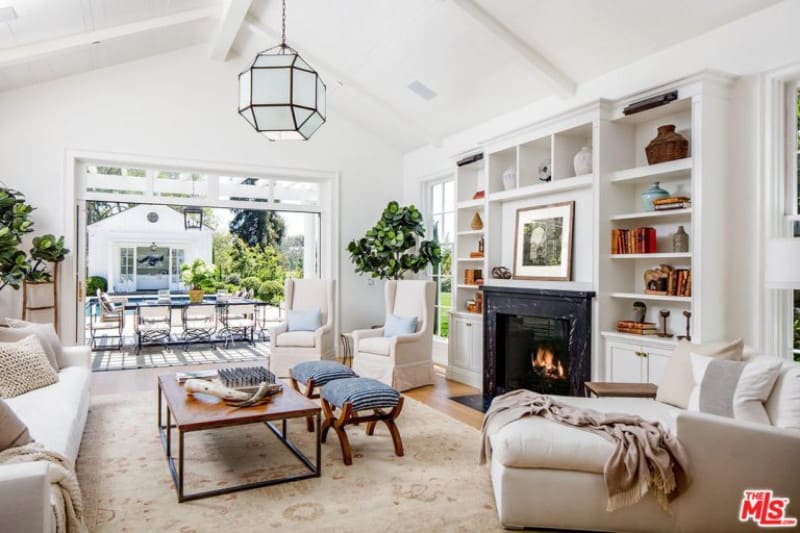 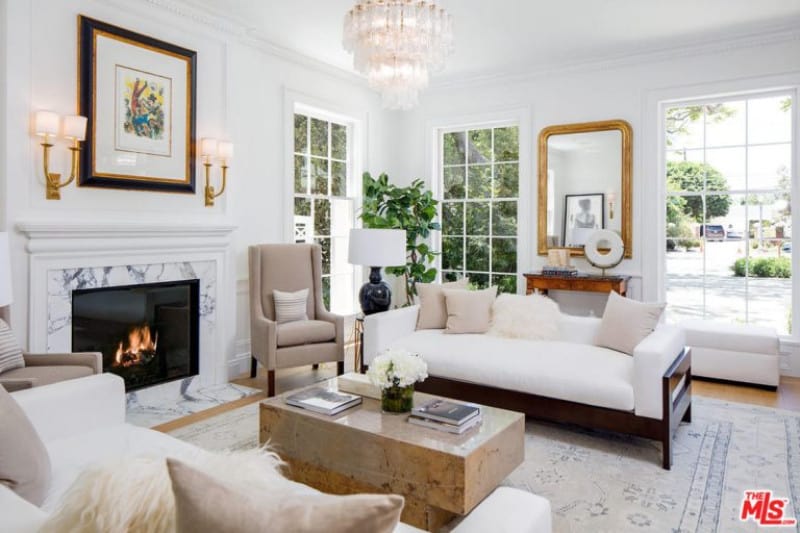 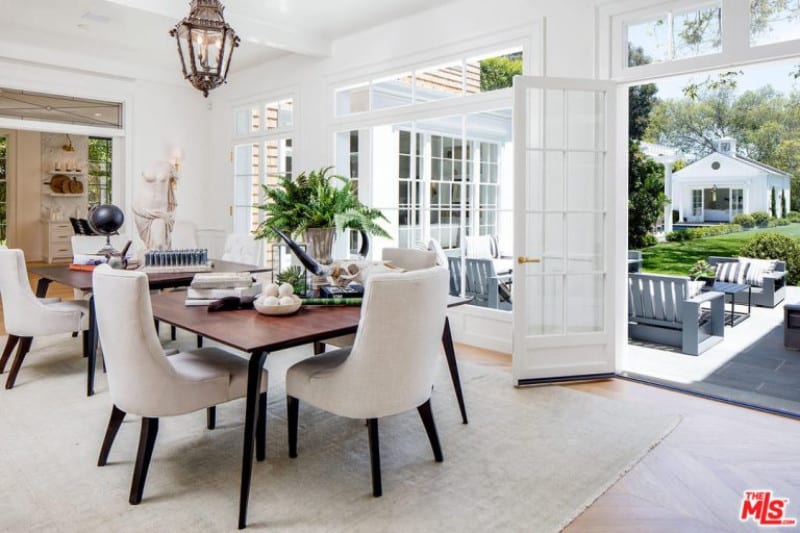 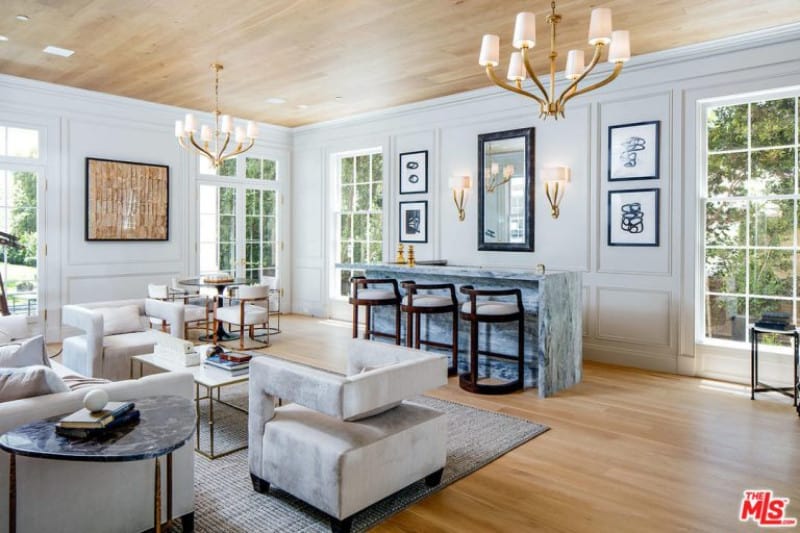 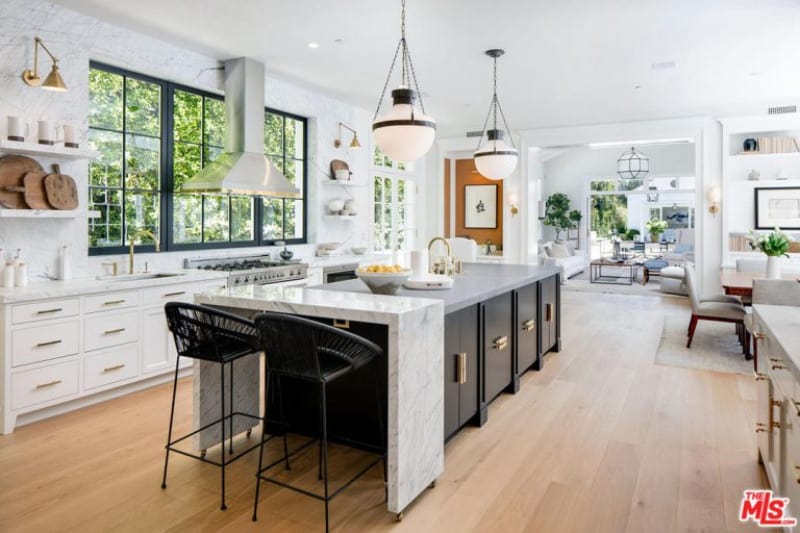 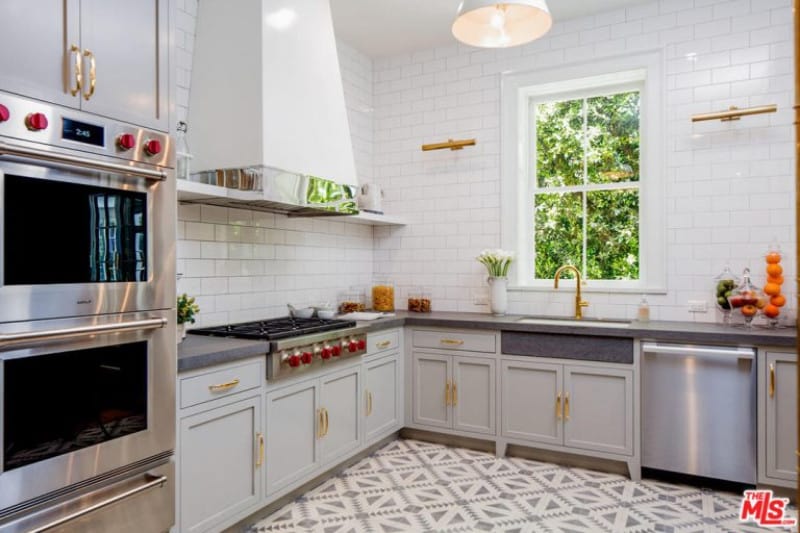 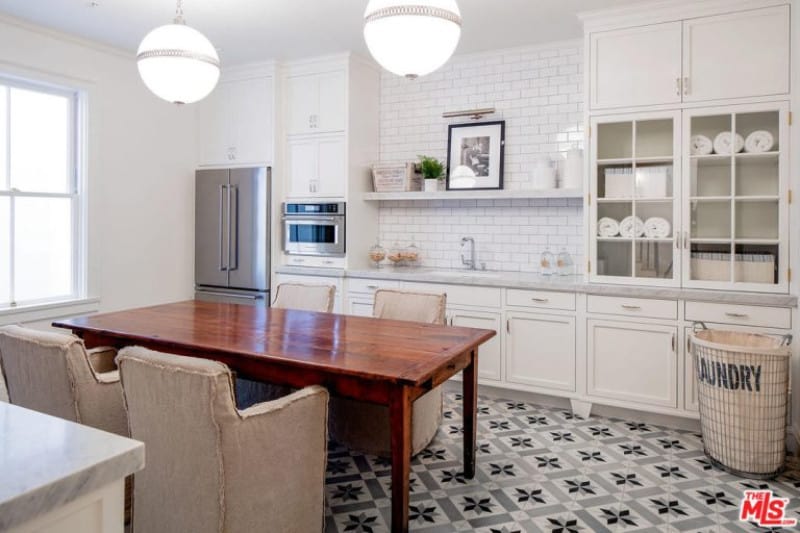 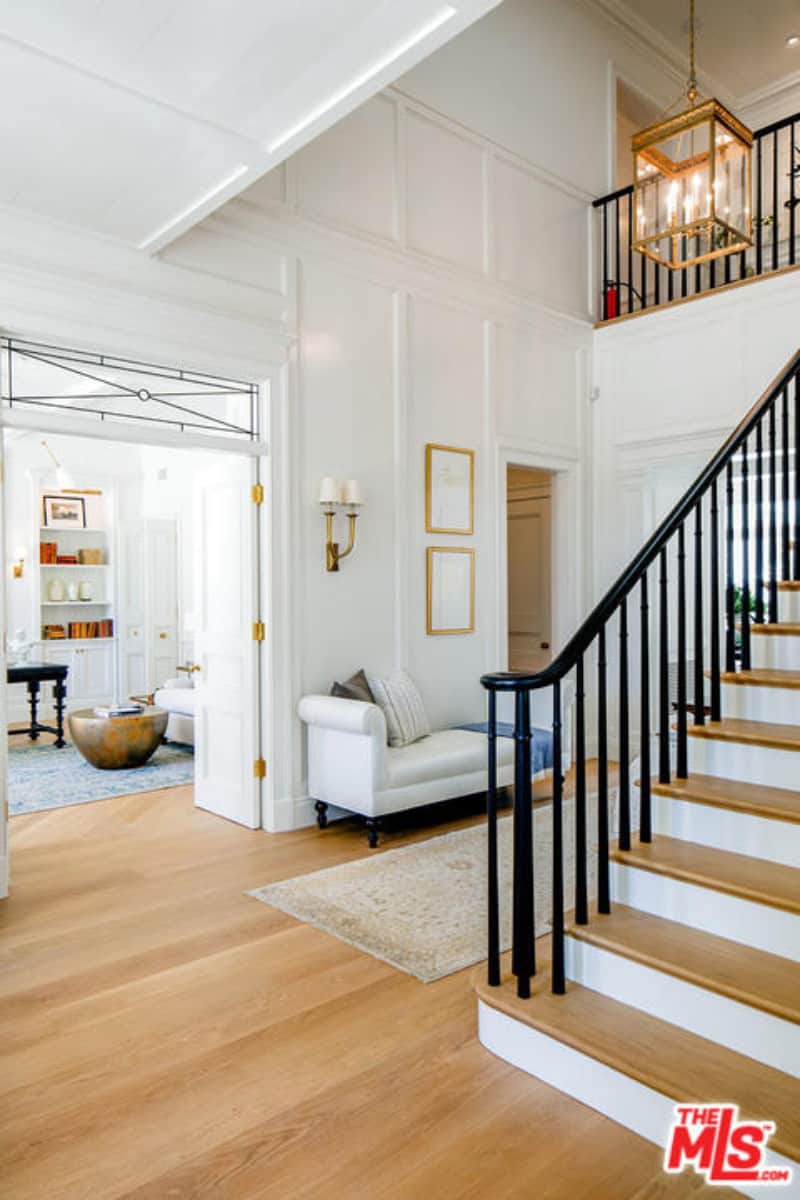 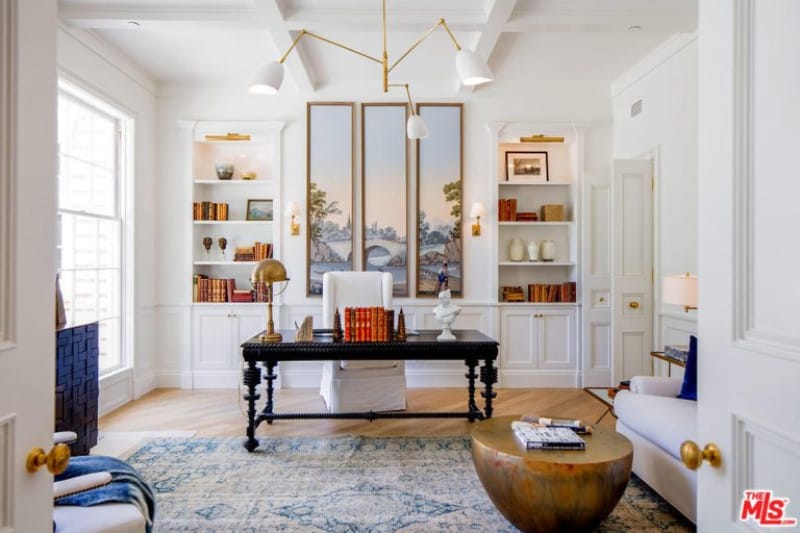 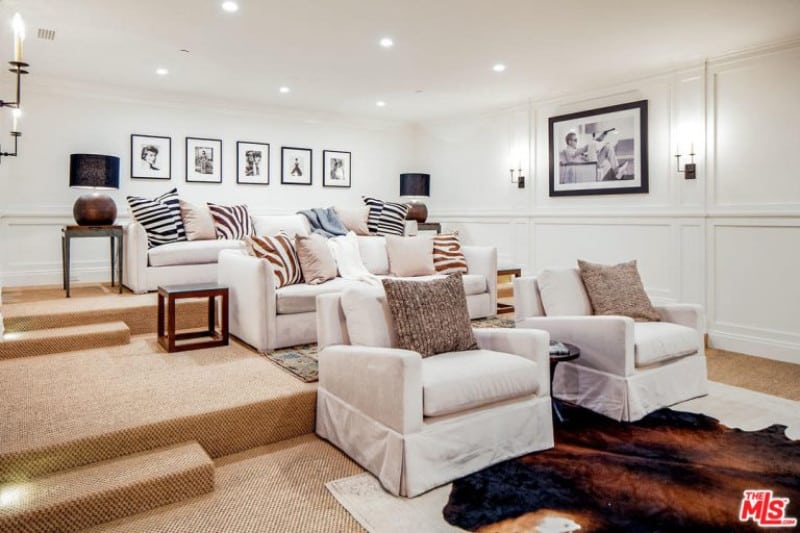 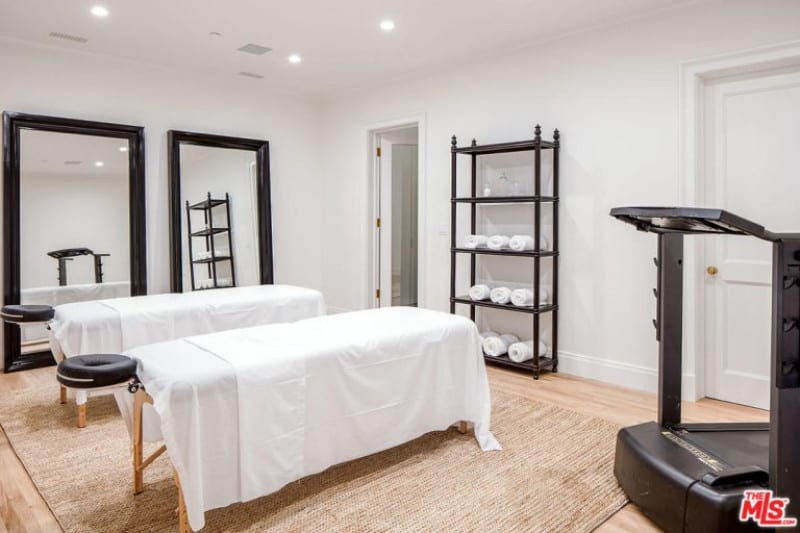 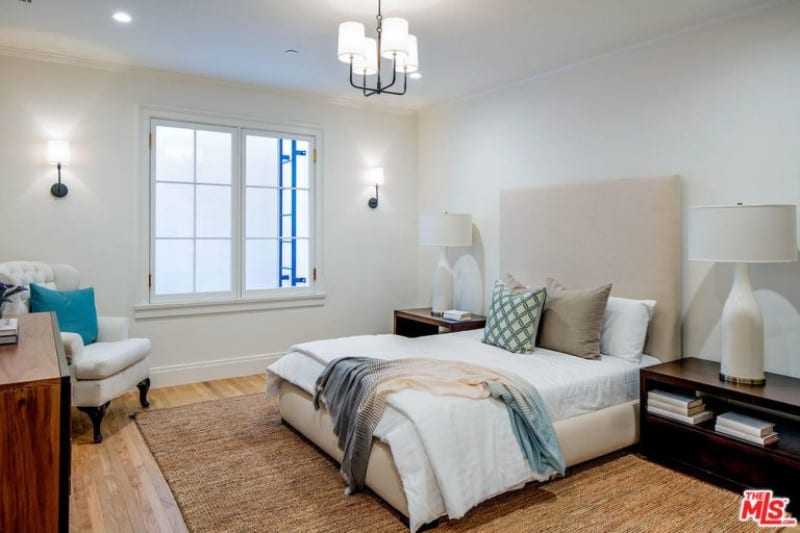 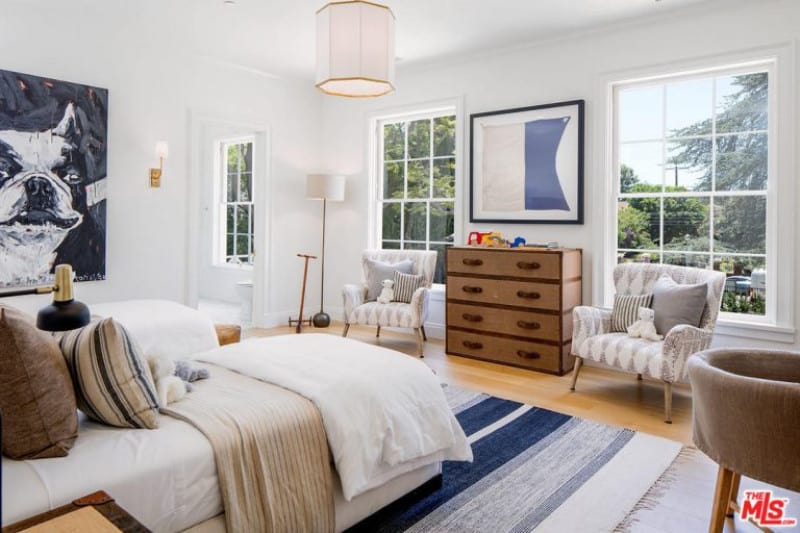 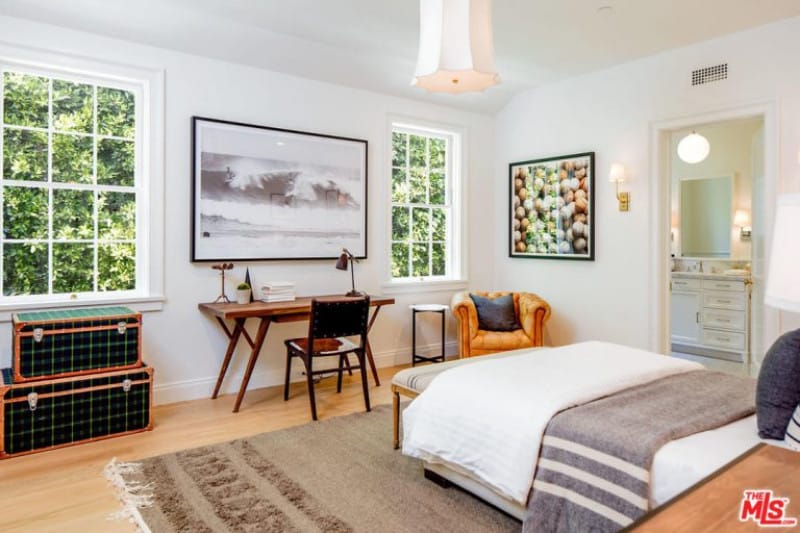 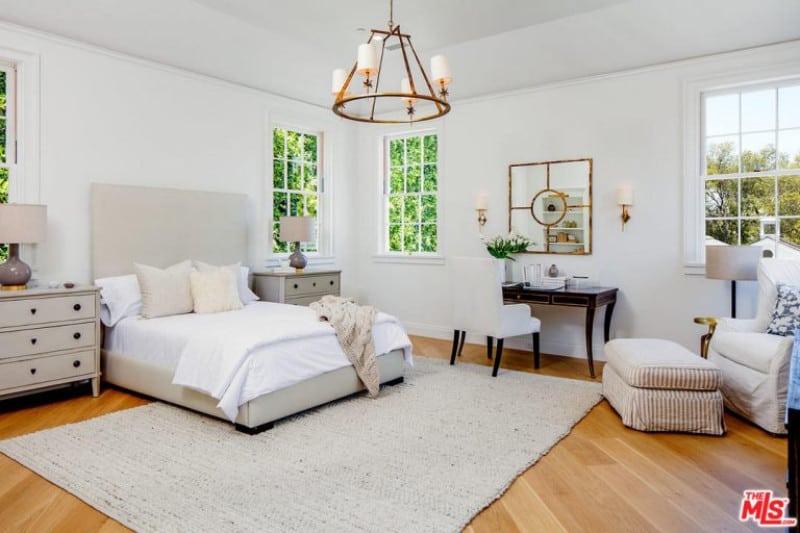 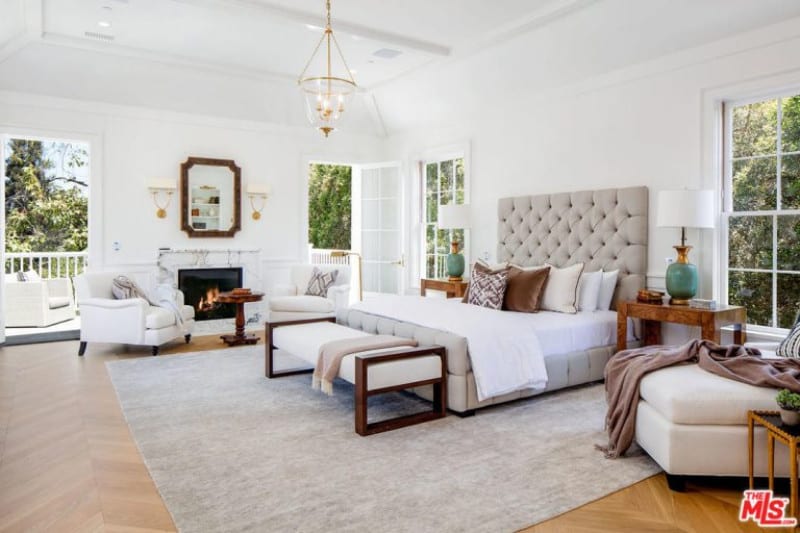 The large light gray tufted bed has a cushioned bench at the foot. This is topped with a simple and small chandelier that matches with the wall lamps above the fireplace with a white marble mantle. Source: Trulia 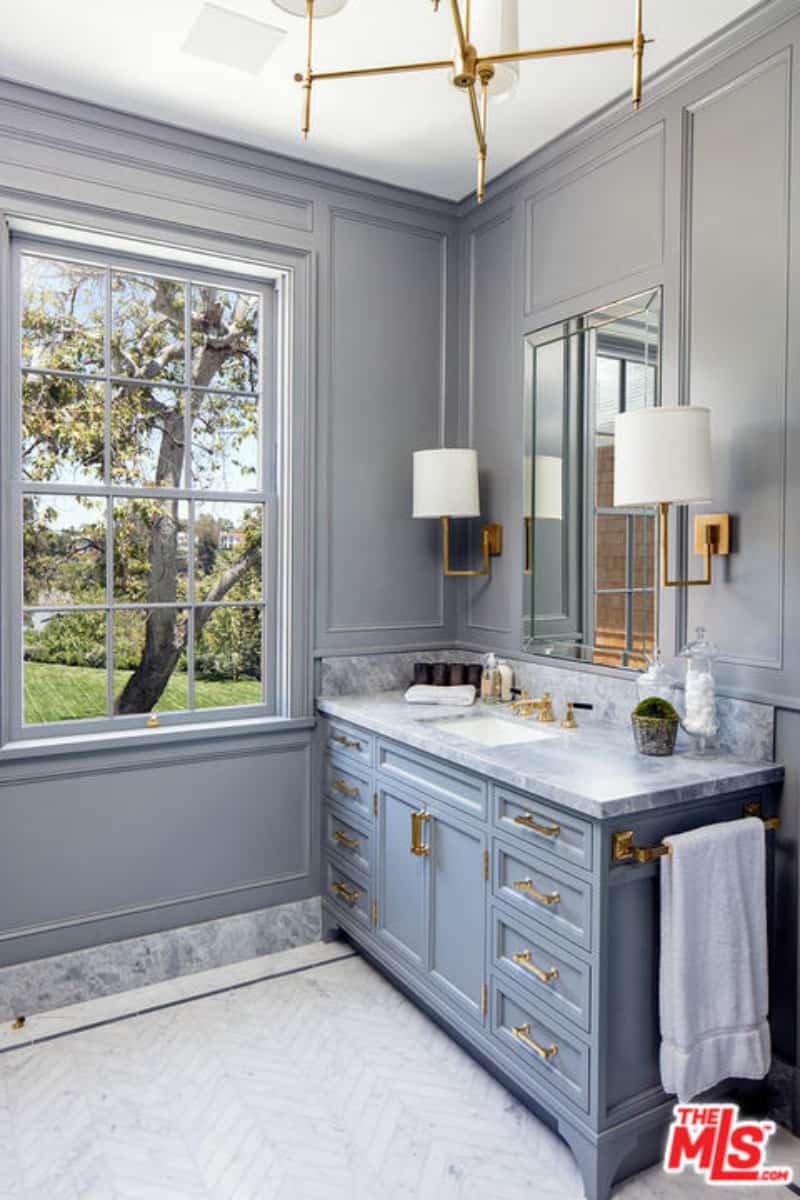 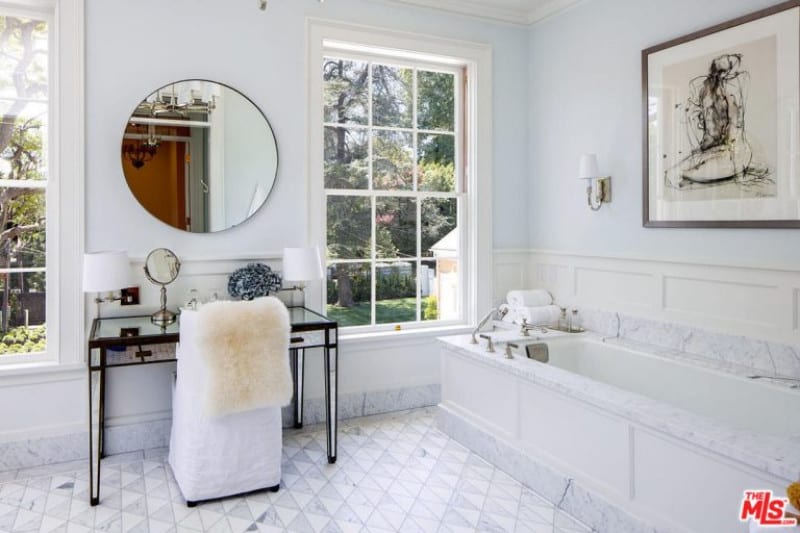 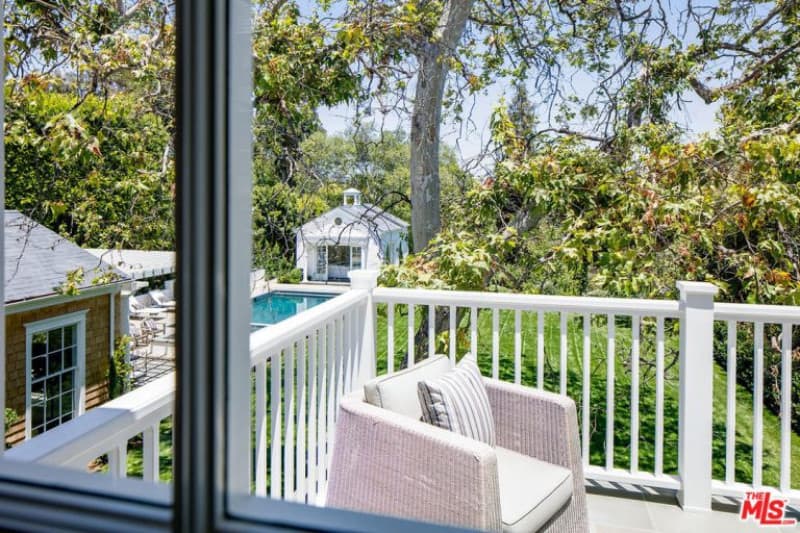 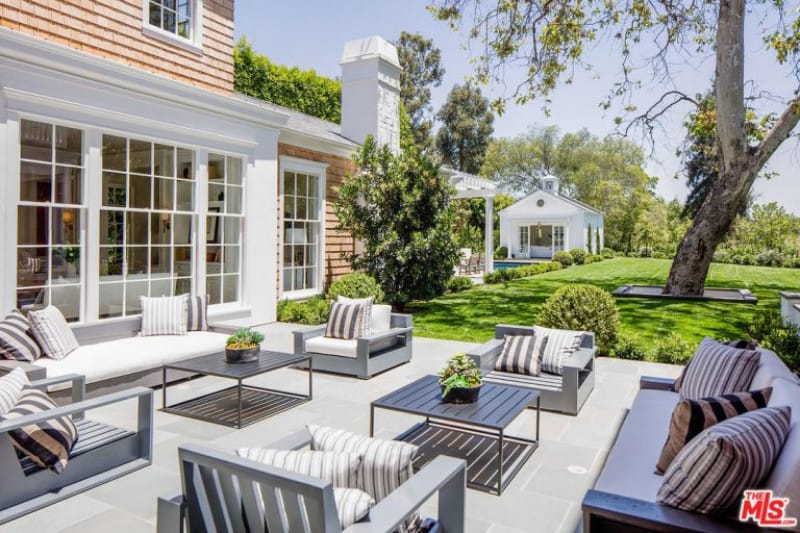 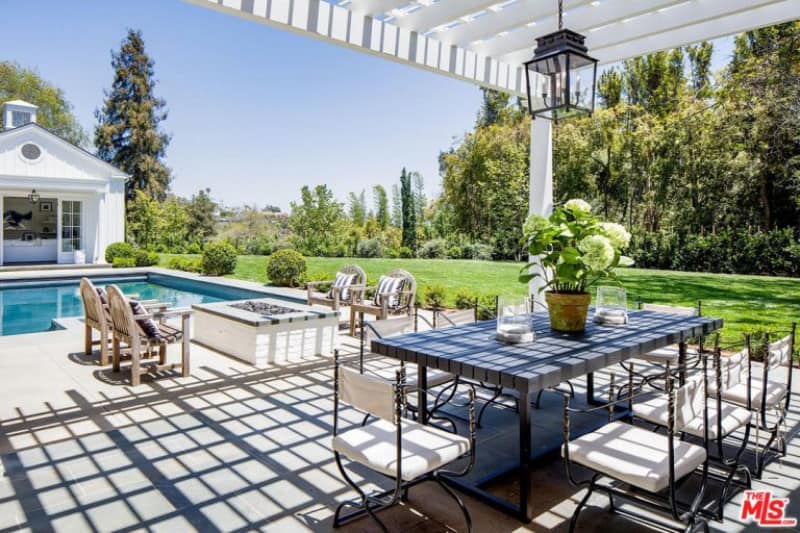 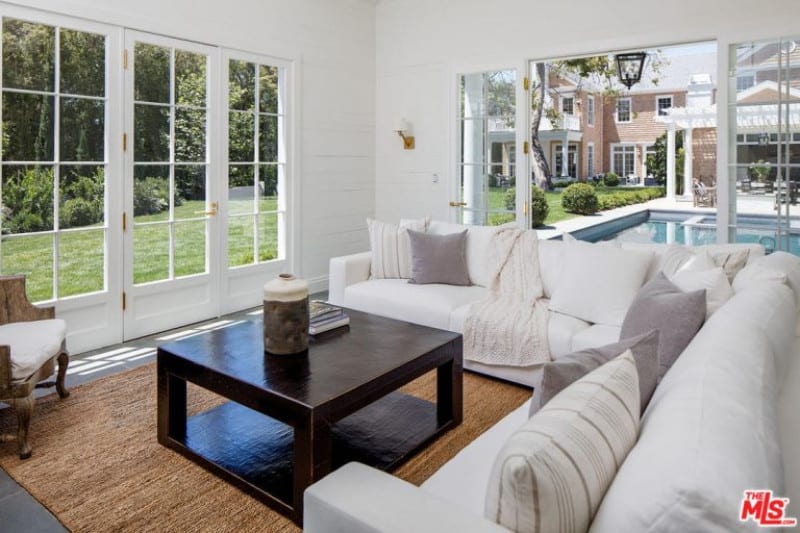 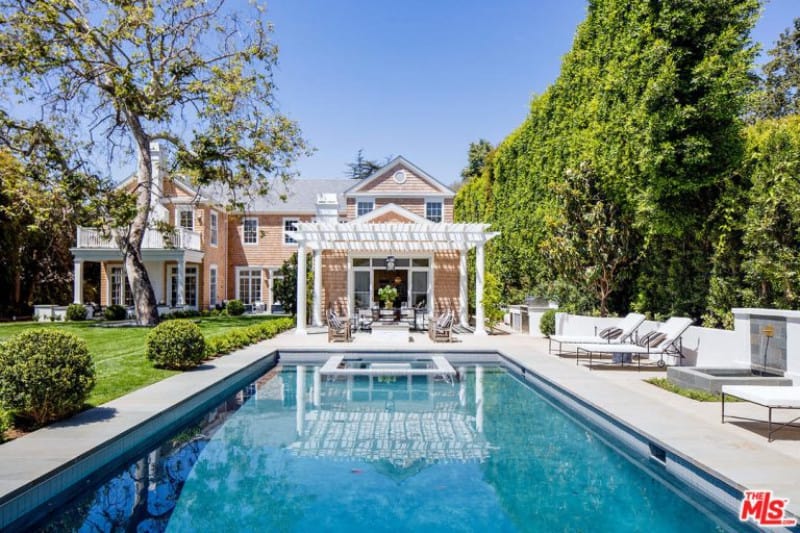 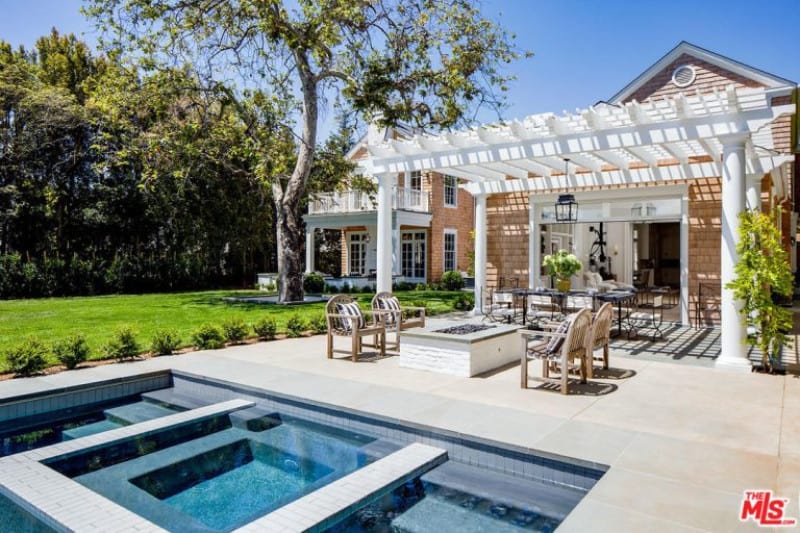 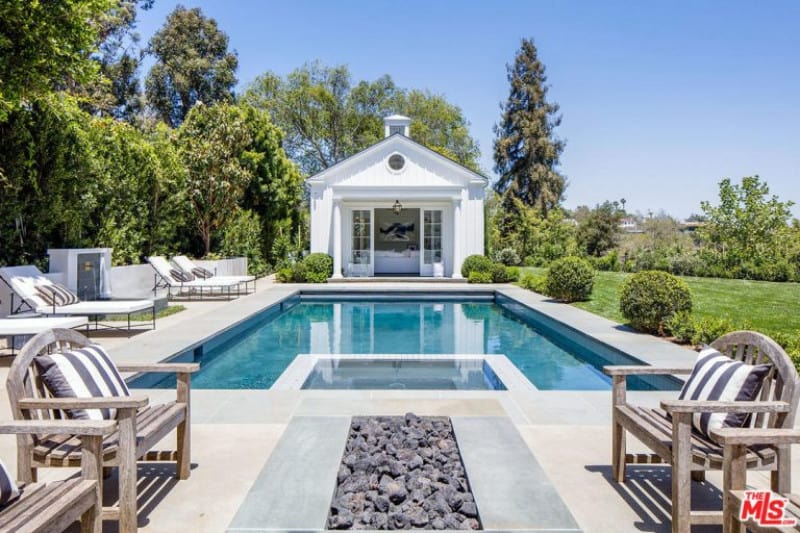 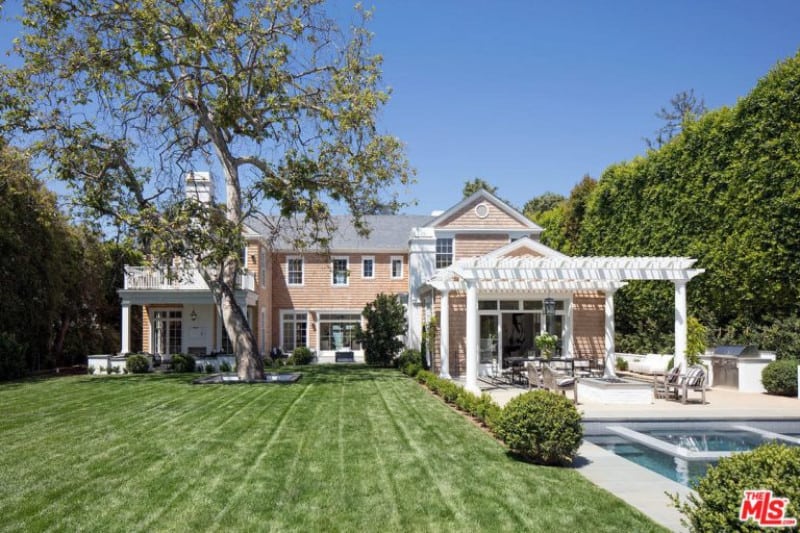 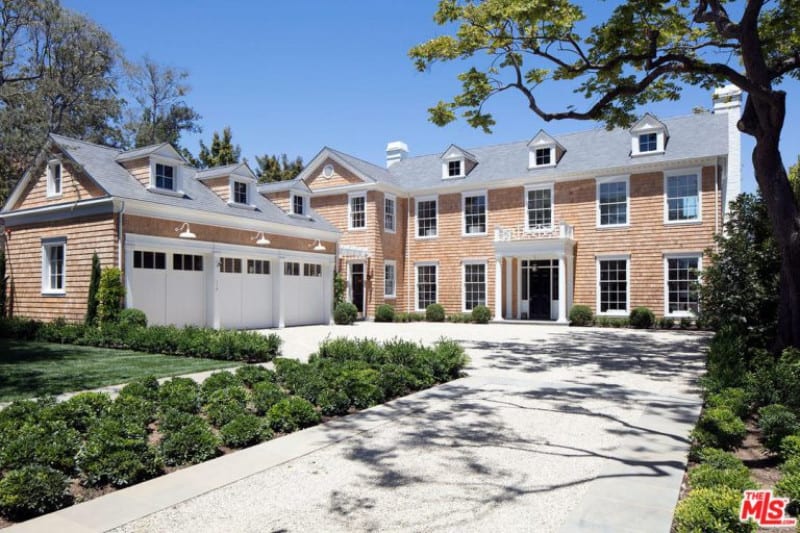 Here’s a map of the Brentwood neighborhood in Los Angeles, California:

The famous musician is now worth an estimated $45 million.