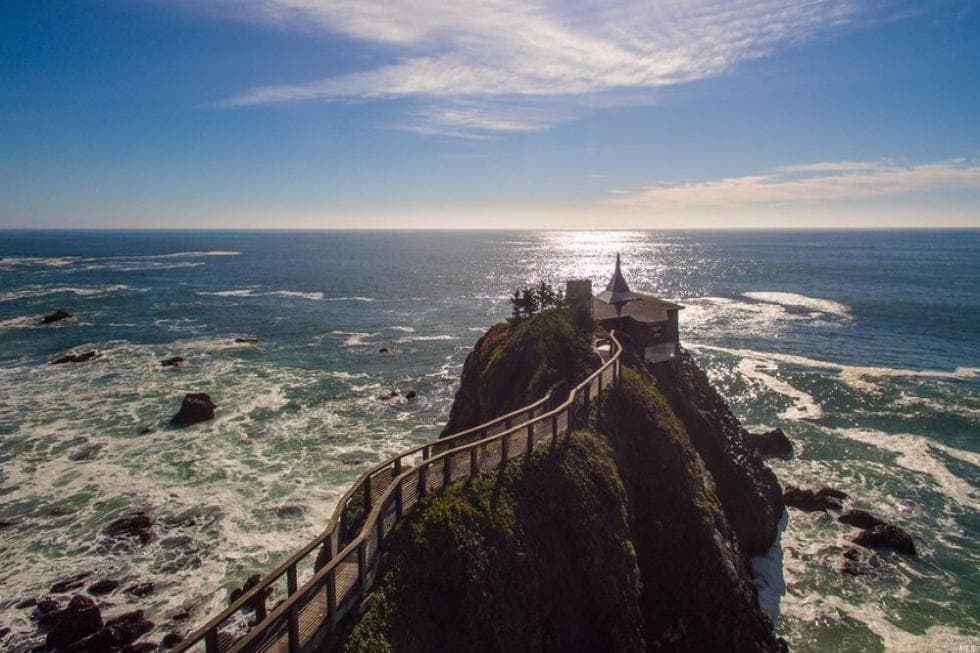 There is a unique house that is made mostly of glass at a cliff overlooking the Pacific Ocean. This house is now on the market priced at $3.9 million.

The home is measured at 1,200 square feet with its levels built onto the promontory cliff. The interior of the house space has a natural boulder outcropping, stone accent walls, a massive stone fireplace, floor-to-ceiling glass walls, a skylight, a spacious open plan, an updated kitchen, decks facing the ocean, and a large hot tub with ocean views.

This unique house of glass perched on a cliff overlooking the Pacific Ocean is listed by Ginger Martin of Sotheby’s International Realty.

There are two types of cruise ship passengers which can be determined when leaving the home port by where they are positioned on deck as the ship leaves the dock. The adventurous passengers will be at the bow, excited about getting out into the ocean and what lies ahead, where the timider will be at the stern watching their friends and the last vestige of landslip away as they are launched into the unknown.

This is the house for those at the bow. In fact, living here will have one permanently at the bow of their own “ship” where it feels like you’re always heading out to sea, without the rolling or pitching that usually comes with it, heading into the sunset across the Pacific Ocean.

Perched on a three-acre promontory in the Pacific Ocean so spectacular that Ansel Adams chose it for a photo series in the 1960s, the 1,200-square-foot home was built by San Francisco designer Richard Clements Jr. in 1964. In order not to disturb the natural contours of the outcropping, the house was built within its levels and blends unobtrusively into the landscape.

The interior space has a natural boulder outcropping, stone accent walls, a massive stone fireplace, floor-to-ceiling opening glass walls, and large peaked skylight ensuring connection with the land, ocean, and sky from every room. With one bedroom that opens to the ocean and one bath, the spacious open plan of the interior and horizon views belie the square footage giving one the feeling of endless space.

The updated kitchen, with its stainless appliances and granite countertops that take its pattern and coloring from the natural rock, features views from an upper level of the great room. Decks facing the ocean and the large hot tub provide views of the Pacific sunsets.

One-of-a-kind glass house on a one-of-a-kind location favored by photographer Ansel Adams is priced at $3.9 million.