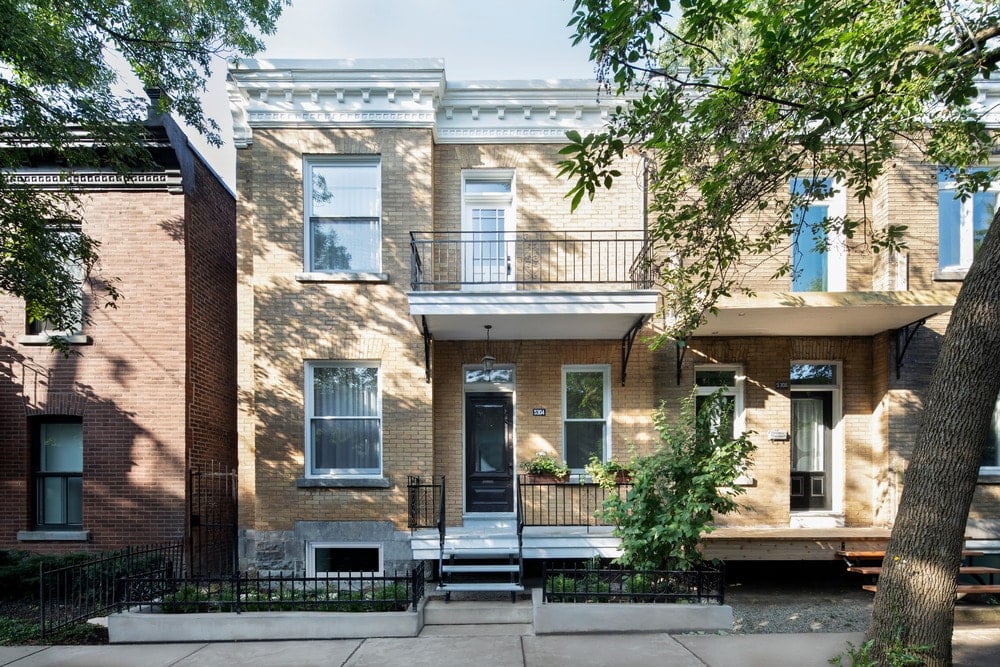 Compact and nestled on a city lot with restrained proportions, including a narrow lateral passage and a small green inner courtyard, the original house presented some challenges for its expansion. Meeting the clients’ desire to connect the indoor spaces to the exterior spaces without losing the home’s existing charm and intimacy would be no small feat. The architectural response thus articulated itself around a balance of old and new with conservation and modernization treatments of the exterior facades and of the home’s interior details.

The front facade now presents fine restorative work of its original features, typical of Montreal plexes: ironwork balconies, exterior cornices, and brickwork. Refurbishing these elements reinforced the existing harmony between the house and its immediate surroundings, all while shedding light on their architectural qualities. The back of the home, however, presents a contemporary language that is expressed through the addition of a living room.

This new volume, with proportions that match the scale of the project, allows for an extension of the home without overtaking the courtyard. Where interior meets exterior, this garden room creates a strong visual and physical symbiosis of the two spaces. The articulation of the expansion also introduces a play of intimate terraces on two levels, one that optimizes the dialogue with the landscape while conserving its protection from the outside eye. In this continued spirit of sharing space with the current architecture, the new volume humbly extends onto the lot, adding to the intimacy through the various outdoor areas.

Inside the home, the coexistence of old and new continues courtesy of the restoration and modernization efforts. The intervention first focused on breaking down barriers between rooms to create a fluid layout that better meets the needs of modern-day living. To respect the essence of the home, the staircase, and other key elements such as the massive wooden doors and moldings, the plaster moldings and the cast-iron radiators were restored.

These refurbished features cast a rich and textured backdrop upon which natural and elegant accents of walnut, glass, and crude steel express themselves. The choice of finishings, as well as the scale of the extension, speak to the precision and attention that was brought to each intervention

Through the revaluation of the Montreal residential architectural heritage, this project conveys the relevance of considering conservation work in the broader interest of sustainable development.

Established in 2013, Microclimat is a young firm that prides itself on promoting designs built on the cohabitation of architecture and its surrounding environment. Microclimat Architecture was awarded an OAQ award of excellence for the Berri multi-housing project in 2019 and they were among the happy finalists of the Quebec Lab-École competition in 2020, for the Saguenay school board. 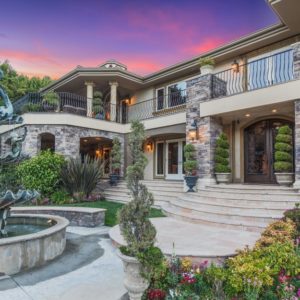 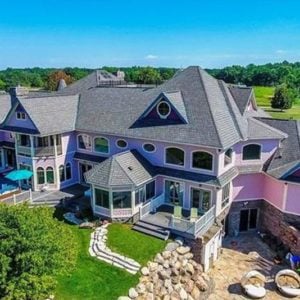