Check out the two Chicago mansions that Kristin Cavallari and Jay Cutler resided in while living in Chicago. One they rented, the other they bought and then sold for $4.75 million. 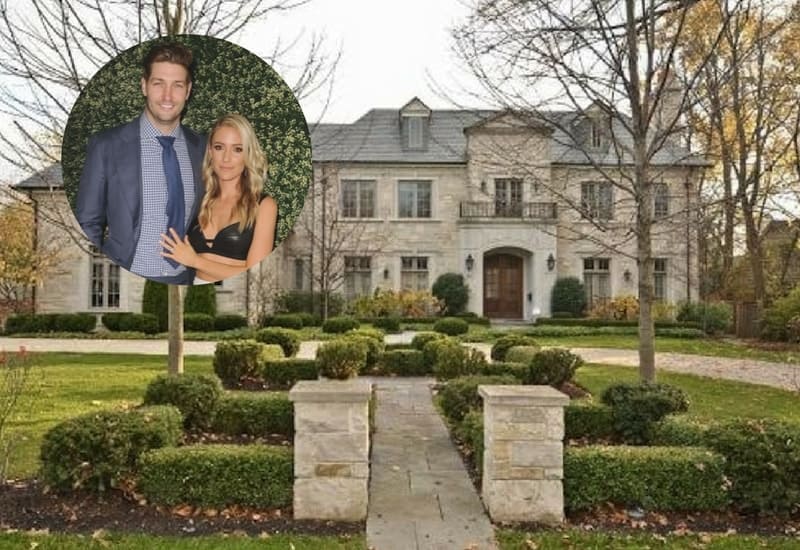 Kristin Cavallari rose to fame when she became cast in the reality TV show titled, Laguna Beach: The Real Orange County, documenting the lives of Cavallari herself and her friends. After that, she pursued her acting career and appeared to shows such as Veronica Mars, CSI: NY, The Hills and The Middle. Even though she succeed in her acting career, she never gave up her reality show break appearing in The Fabulist as the show’s host, and now set to have her own reality show titled, Very Cavallari, which is set to premiere in summer 2018.

Cavallari dated the Chicago Bears quarterback Jay Cutler back in 2010, who started his career with the Denver Broncos as one of the best quarterbacks in the 2006 NFL draft.

Kristin Cavallari and Jay Cutler rented a home in Chicago Illinois for $10,000 a month to help Jay ease up with his job as the Chicago Bears’ quarterback. Located in Winnetka, a Chicago suburb, the home boasts 8,200 square foot along with five bedrooms, six full bathrooms and three and a half bathrooms.

Check out the full photo gallery below of Kristin Cavallari and Jay Cutler’s home.

Their next house, is a Chicago mansion they bought and have since sold for $4.75 million. Check it out.

The TV royalty Kristin Cavallari and husband, former NFL player Jay Cutler are making moves in the real estate game again, this time, putting their palace-type Nashville home in the market for $7.9M.

The Mediterranean home of the couple measures a sprawling 19,983 square feet and has seven bed and 10 bathrooms. The living rooms offer comfortable seats and elegant vibe that extend to the dining room and kitchen. The kitchen boasts top-of-the-line appliances and well-placed breakfast bar with a huge center island while the primary suite is so huge that it has its own living space inside. The bathroom offers stunning tiles and stylish sinks along with an open shower and a deep soaking tub.

The breathtaking outdoor of the property boasts well-maintained lawn and classy walkway leading to the patio and the outdoor kitchen area. The property is surrounded by jaw-dropping green, healthy mature trees.

CelebrityNetWorth.com estimates their fortune at $53.5 million.