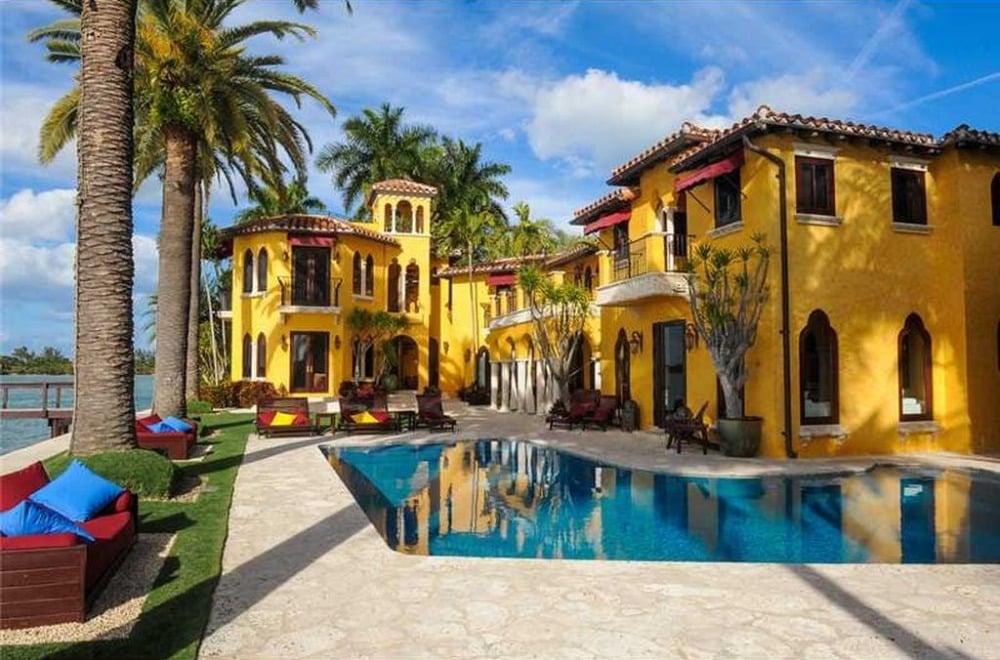 The seaside mansion that once belonged to music legend Enrique Iglesias is now for sale. It could be yours for a mere $21.5 million. Take a guided tour of this luxurious abode that measures nearly 7,000 square feet. Don't forget to visit the exotic pool and rooftop Jacuzzi, too.

The former Miami Beach home of music legend Enrique Iglesias is currently on the market for $21.5 million.  Let’s have a look \around before someone buys it.  Who knows?  Once you’ve seen this sought-after piece of property, you might just want to make an offer yourself.

Situated on Star Island, the home was built in the 1930s.  Iglesias bought it in 2000 and set to work updating and adding on to it.  The 6,670-square-foot mansion includes a 150-foot stretch of beachfront paradise.  Built in a Moroccan/Indian style, the home was given the moniker, “Villa Jasmine” and features a mosaic fountain.

Another eye-catching element of this home is the geometric beaded pool — all 1,400 square feet of it — with Moroccan-style arches.  From the private dock, you can enjoy breathtaking views of the Miami skyline and Biscayne Bay.  You can also take in these sites from the home’s watchtower.

Inside you’ll find several formal rooms, a media room, and a family room.  There’s plenty of space for a large family or an individual to host several overnight guests, as this beachfront mansion boasts six bedrooms and eight baths.

This home takes entertainment to the next level, too.  For most of us, watching TV and movies means curling up on the couch to watch on a flat-screen, or surf Netflix from a mobile device.  But Iglesias decked out his oceanside resort with a home theater.  The large kitchen is well-equipped too, so you can prepare all your favorite concessions in there to truly replicate the cinema experience.

Of course, a house this big requires considerable upkeep, but there’s no need to do it all yourself.  The home includes maid’s quarters, so you can have a full-time staff member on hand for keeping things clean and tidy.

Now, let’s take a stroll to the rooftop.  One of the highlights of this island paradise is the jacuzzi up here.  I guess we should have mentioned earlier that you can also gaze upon the city skyline and aquatic scenery while relaxing in the hot tub.  But we thought we should save the best for last.

Iglesias wasn’t the last person to live here.  In 2004, he sold his mansion to the CEO of PetMeds.com.  But the home’s remodels reflect the celebrity’s unique style.  By the way, the initial asking price for Jasmine Villa was $23.9 million.  The slight reduction in the price tag might put it within reach for at least a few more prospective buyers.  If you’re interested, you can contact the realtor to post a bid.

Enrique Iglesias is known worldwide as a music legend, with 154 singles that reached #1 on Billboard charts, making him the record-holder for chart-toppers.  With pop and urban songs in English and Spanish, he’s the most influential singer/songwriter of his time.

He has taken the stage with numerous other celebrities, such as Lionel Richie and Whitney Houston.  Over the years, he’s earned hundreds of awards, including Grammys and World Music Awards, among others. 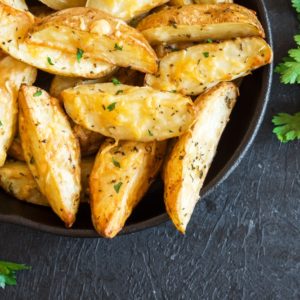 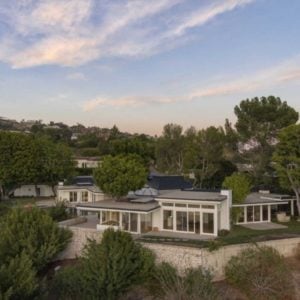