They’re both root vegetables and when you cut them open, they may be the same color. Their names are often used interchangeably, but yams and sweet potatoes are not the same things at all. In the foodie world, there’s a bit of a battle between yams and sweet potatoes. And when you’re around a foodie, you better not mix up the two! Find out how they’re different, what makes them different, how to cook, with them both, and why it matters so much that you get it all right. 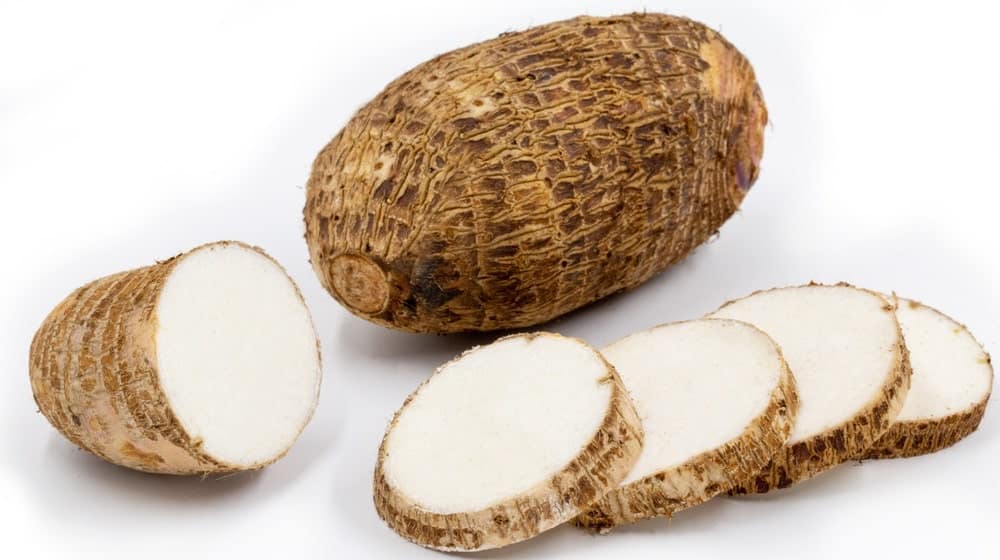 Yams are native to Asia and Africa. They’re related to lilies and grass plants. Yams are typically the size of a large potato, but they can grow as big as 130 pounds in size. This actually happened once in 1999. Compared to sweet potatoes, yams have somewhat scaly, rougher skin that is usually black or brown in color. Yams typically grow in an oblong shape with rounded ends. They’re a great vegetable for storing because they can remain edible for up to six months.

What Are Sweet Potatoes? 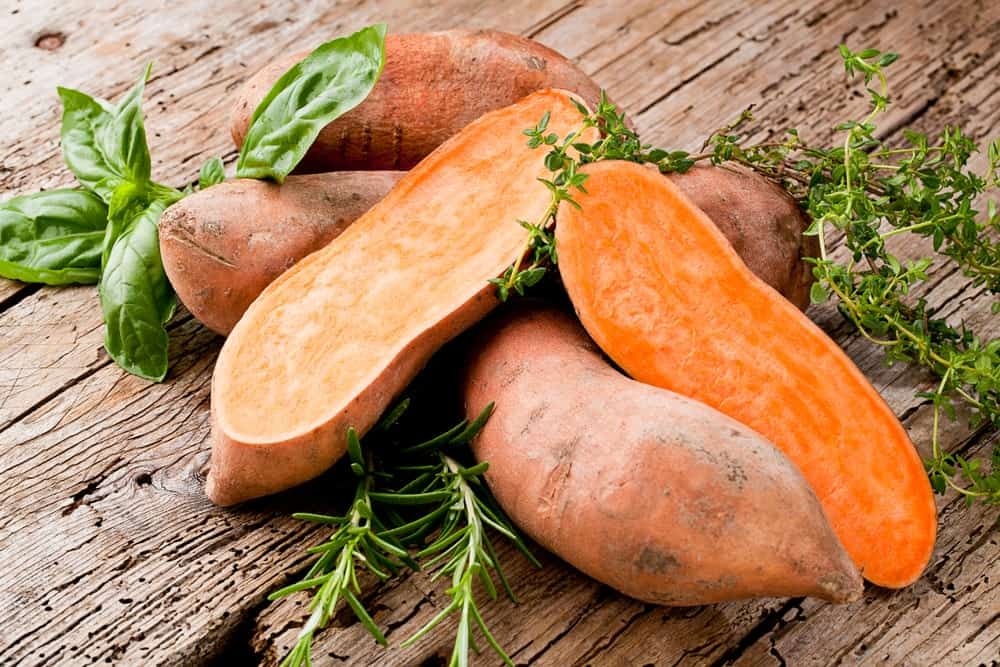 How Are Yams and Sweet Potatoes Different?

Now, soft sweet potatoes that are marketed as “yams” are required to also include “sweet potatoes” on their labeling. If you live in the U.S., you may have never eaten or seen a real yam, the root vegetable from Asia and Africa.

How to Cook With Sweet Potatoes 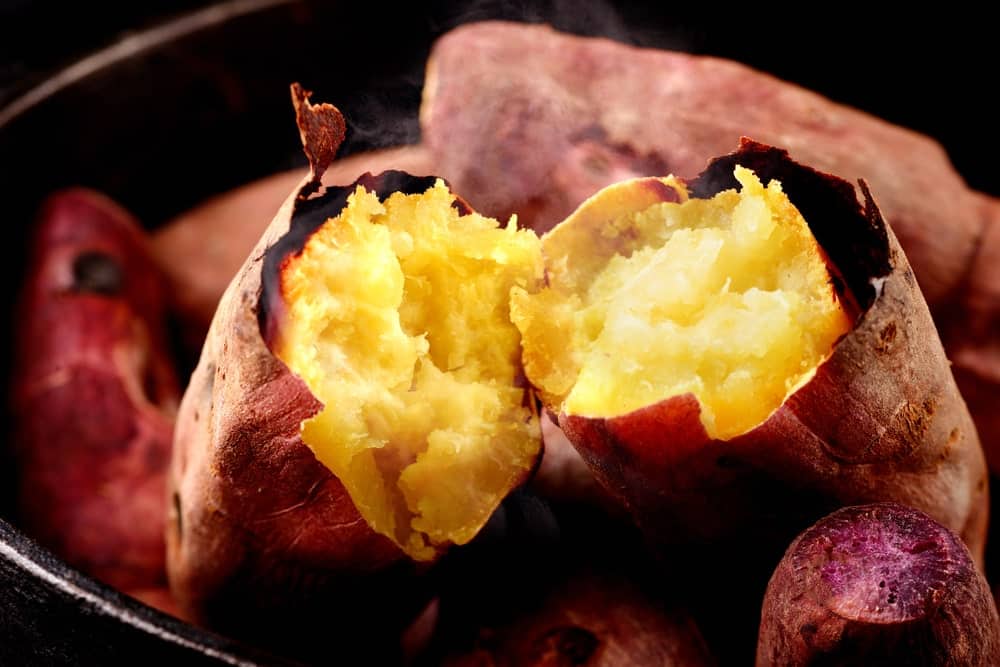 Sweet potatoes can be eaten raw. Yams, however, should be peeled and cooked. Some of the proteins in yams can be toxic. It’s necessary to cook them to remove all this toxicity and make yams completely safe to eat.

How to Cook with Yams 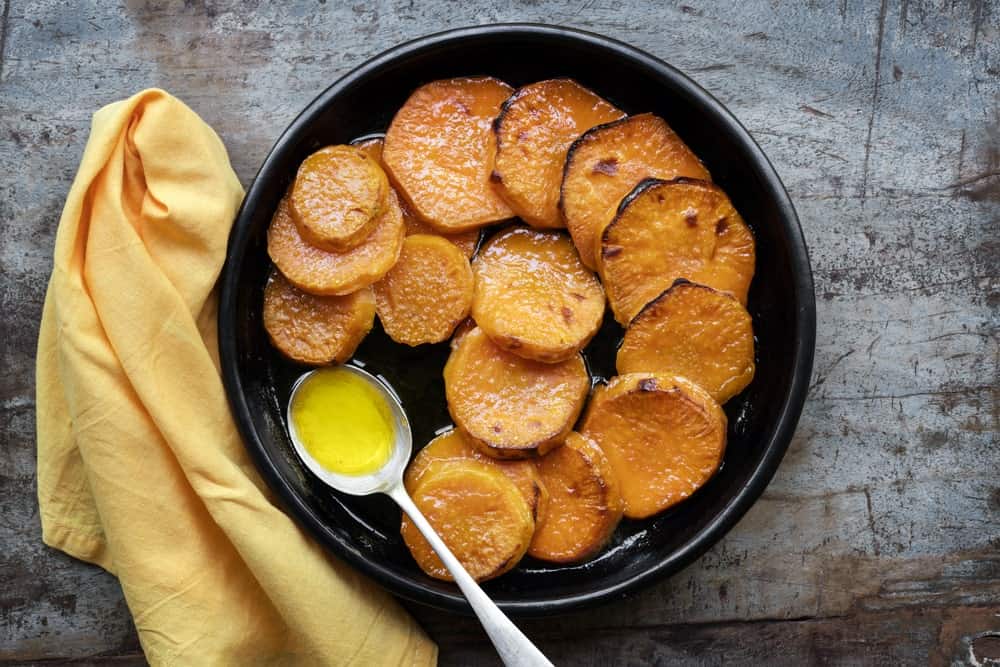 It is becoming easier to find yams in supermarkets these days, but real yams are far less common than soft sweet potatoes are called yams. A staple of African cuisine, yams are most commonly roasted, fried, and boiled. They’re a usual dessert ingredient in Eastern cooking and may even be sold as yam powder or yam flour. This flour is used to make the dough.

Yams are about 24 percent carbohydrates with the same about of protein as sweet potatoes and about four percent fiber. A 3.5-ounce yam is about 116 calories, 27 grams of carbohydrates, and 1.5 grams of protein. They also contain Vitamins A, B, and C, along with minerals like iron, potassium, and magnesium.

Sweet potatoes have slightly fewer calories than yams. Just one serving of yams will give you almost all the Vitamin A you need because these are vitamin-rich vegetables. Yams, however, are richer in minerals like potassium.

Are Yams and Sweet Potatoes Interchangeable?

You may need to make some small adjustments, such as adding more liquid to pie filling or adding more dry ingredients to get the right texture. You will also notice a difference between sweet potato types. Firm sweet potatoes have a much different texture from soft sweet potatoes, which are being marketed as yams.

How to Freeze Sweet Potatoes and Yams 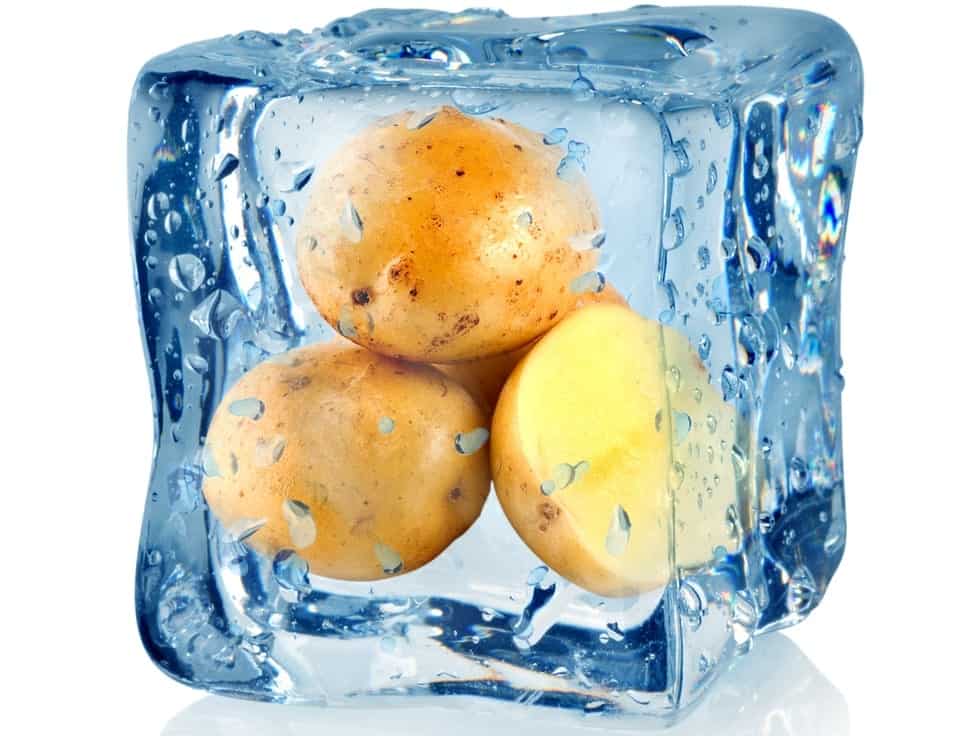 When frozen, sweet potatoes and yams will stay edible for up to 12 months. Clean them, boil them for about 10 minutes and let them cool before dicing them. Next, place them in a freezer bag to store them. You can also bake them and freeze them whole.

A Battle of the Foods