From ramen to spaghetti, to instant; noodles are a culinary staple around the world. There is much debate surrounding which nation exactly invented the noodle, China or Italy? Let’s dive into the history of the noodle, the difference between noodles and pasta, and their cultural impact. We guarantee you’ll be hungry for more by the end of it! 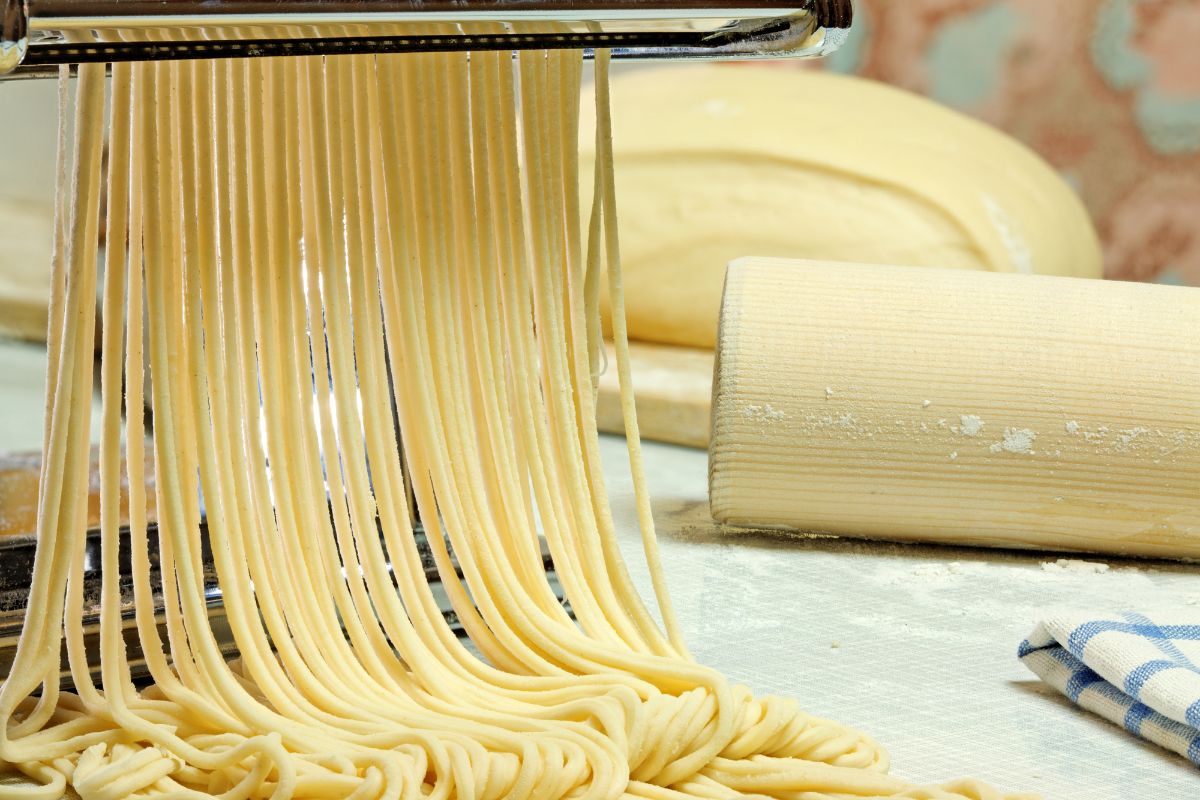 Table of Contents Show
Who invented the noodle?
What is the difference between noodles and pasta?
Why and how were noodles invented?
Noodles Across the World
Noodles, a tangled history

Who invented the noodle?

The earliest known written record of the Chinese noodle comes from a book written during the Han Dynasty (206 BC – 220 AD) in China [3], whereas the earliest documentation of noodles or pasta in Europe is from about 500-600 AD[3].

While the oldest written documentation of noodles comes from China, the fact remains that what we now consider noodles, versus what we consider pasta are quite different. Did the Chinese noodle influence the invention of the Italian pasta, or vice versa? Or, not at all?

Trading patterns from East to West along the Silk Road and into Europe suggest it is possible that the Chinese noodle did in fact influence the Italian pasta. As Chinese migrants and traders moved further into central Asia and the Middle East, they likely had influence over their cuisine, as Middle Eastern types of noodles appeared in the fifth century [3]. Jen Lin-Liu, author of On the Noodle Road believes these 5th century Middle Eastern noodles likely influenced the Italian pasta noodle.

However, other historians don’t quite agree with this hypothesis of Chinese influence over Middle Eastern and Mediterranean cuisine. Though the trade routes that connected China to the Mediterranean certainly invited a great deal of cultural exchange, because of the constantly changing control of what we now recognize as Italy, it is likely that another nation would have brought the pasta noodle to Italy before China. The mention of ‘laganon’ (a sheet of flattened pasta cut into strips) by the Greeks from between 1000BC and 800BC[1] suggests that Mediterannean pasta had a written history that predates the Han Dynasty record of the Chinese noodle. The discovery by archaeologists of a 4,000-year-old bowl of noodles[2] in China however further complicates the origins of noodles.

Feeling dissatisfied over who invented the noodle? So are food historians. While the origins of the noodle remain undecided, most can agree that the differences between the Chinese noodle and the Mediterannean pasta indicate an entirely separate history. If the noodle was a product of cultural exchange it is surely a versatile ingredient as it was able to adapt to the ingredients provided by several nations, while still remaining recognizable. 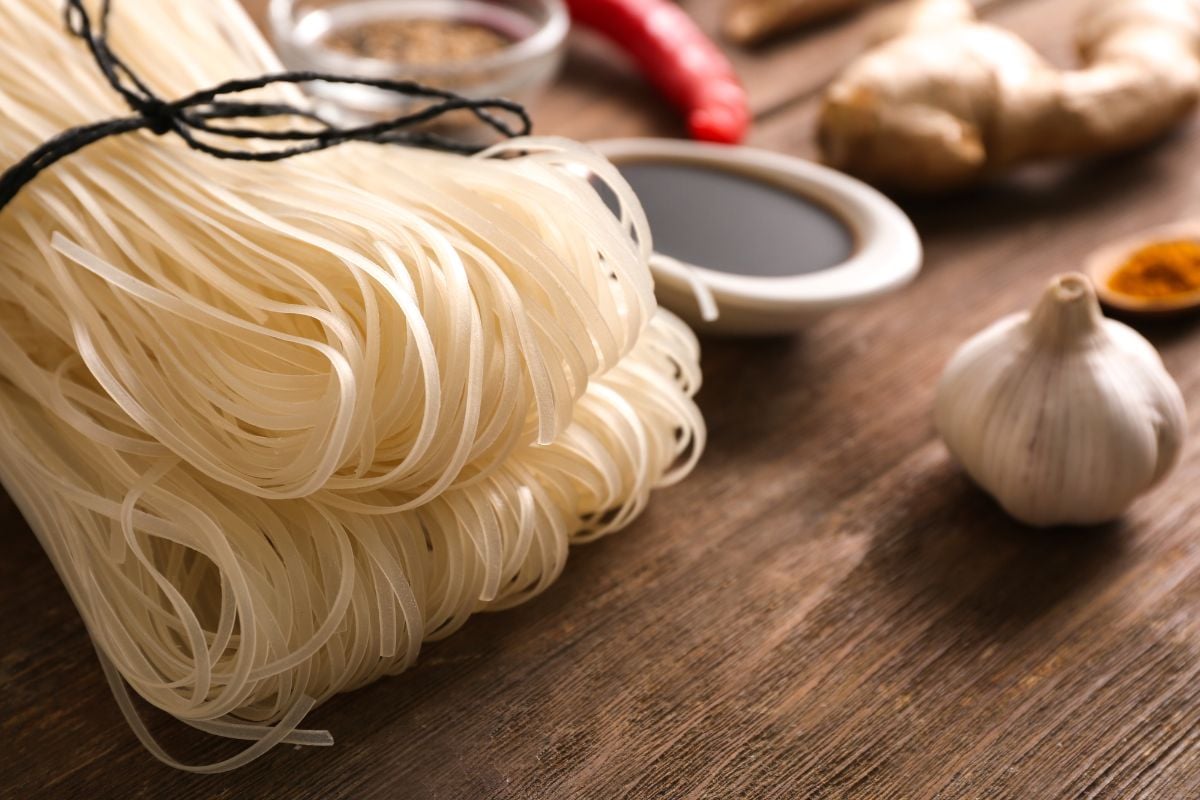 What is the difference between noodles and pasta?

When we think of pasta, we typically think of Mediterranean types of noodles; spaghetti, linguine, penne, raviolo, made from durum wheat and eggs or water rolled into a flat sheet and cut into strips, or more contemporarily processed through a pasta cutter. Pasta noodles can be boiled fresh, or dried and saved for later. 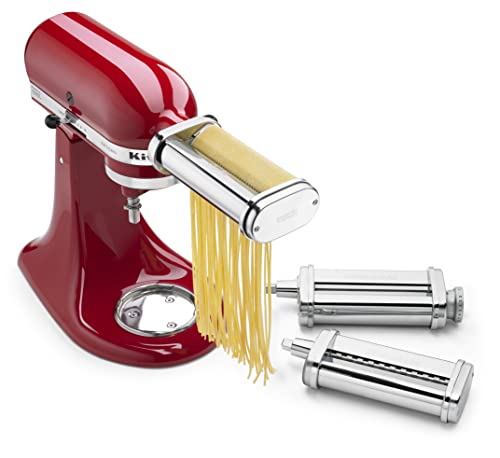 Chinese noodle types include chow mein, ho fun, lo mein, and hundreds more, literally. Chinese noodles are typically made with wheat flour, water, and salt, “mixing the dough by hand to form bar shapes; bending the bars for proofing; pulling the bars into strips; dropping the strips into a pot with boiling water, and removing the noodles when finished cooking”[6]. Chinese and other Asian noodles however can also be made from rice flour, like rice vermicelli, or with mung bean starch. Many noodles that we typically see in Japanese dishes, like Udon, and Ramen noodles also originated in China but eventually made their way and gained popularity in Japanese cuisine.

Why and how were noodles invented?

We know several possibilities for where and when noodles were invented, but why and how was this achieved? Well, we don’t know exactly, but like most things, the invention of noodles in the East and pasta in the West was likely due to the availability of wheat, eggs, and water (or in some cases rice and mung bean starch in the East).

Mediterranean pasta made of wheat flour, eggs, and water, could be dried and saved for later use. This likely allowed people to sustain themselves throughout all months of the year, even when wheat was out of season, or other produce was slim.

Wheat flour is also inherently less perishable than other foods (as long as it is kept in a cool dry place), making it a crucial ingredient in sustaining families throughout the winter months. In both China and the Mediterannean, wheat is harvested in the fall. Wheat is then processed into flour through milling, and it can be kept to cook throughout the year while the harvest for next year is still growing. Depending on the region in China, rice can also be harvested in the fall in the north, and in the spring in the south, making rice an incredibly bountiful food, which also has a shelf life that can last years. 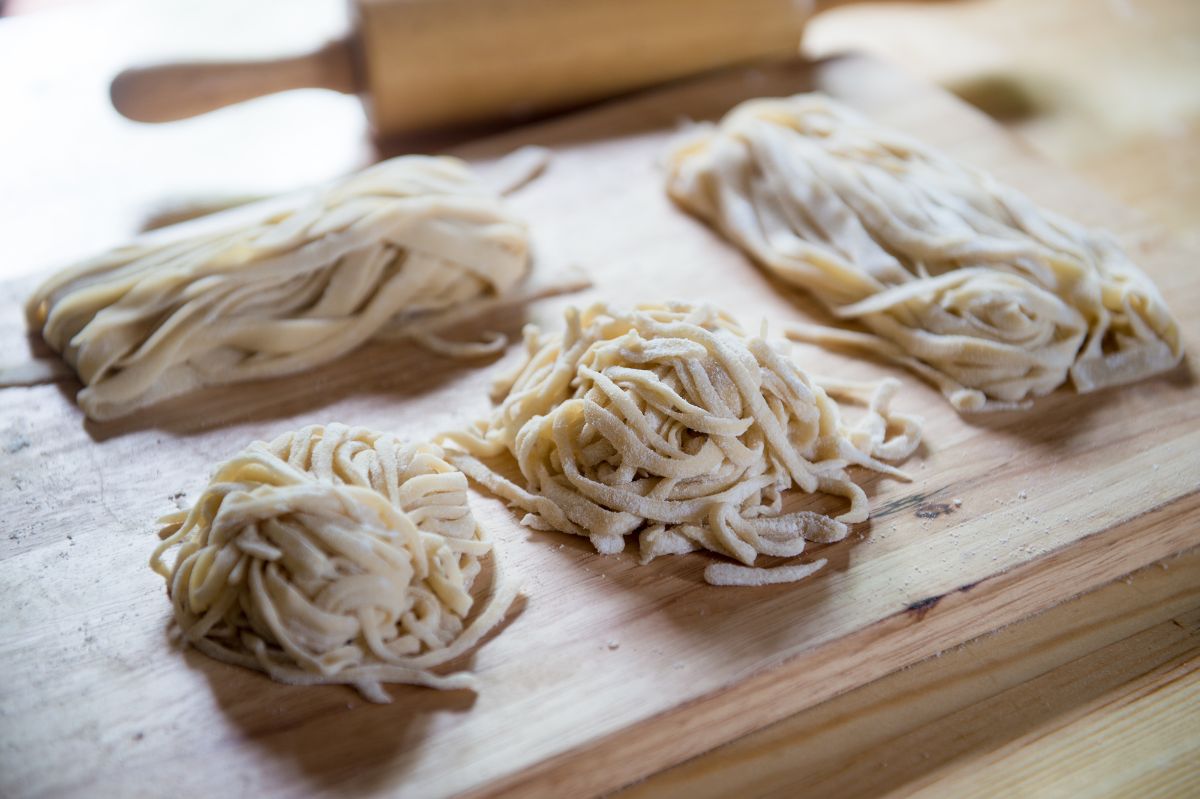 Interestingly, an even earlier food invention was the catalyst for the invention of Chinese noodles (as far as we know). The earliest recorded types of Chinese noodles were not the typical strands of thin dough we see today. Rather “they were [pieces of dough] shaped into little bits, formed from bread dough, and thrown into a wok of boiling water”[5]. This type of noodle named mian pian is still popular in China today. The first Chinese noodles, therefore, were made from boiled bread, an even older food staple. We can’t know for sure why this was done. It may have been accidental, or from a chef bored of eating bread. Either way, this early noodle would influence Chinese cuisine forever and would evolve into a seemingly endless of noodle types to fit your every taste.

This bread theory could be the case for Mediterannean noodles as well. Bread had already been a dietary staple for centuries before the first recordings of ‘laganon’ in the Mediterranean and across the world. It’s not unrealistic to assume that bread had influenced the pasta noodle. Made from many of the same ingredients as bread (wheat flour, water), perhaps a baker had some leftover eggs and through them into their bread dough, and seeing the new consistency of the dough rolled it flat, and boiled it in small pieces. Of course, we have no guaranteed way of knowing exactly who created the noodle and why, but the similarities between bread and the noodle hint at a possible connection, be it accidental or intentional.

Noodles Across the World

As we know today, a variety of noodles can be found in nearly every corner of the world. Chinese and Italian immigration brought both noodles and pasta to North America, and the rest was history. Now you can go to any grocery store in North America and purchase any type of noodle for a dish invented far from home. 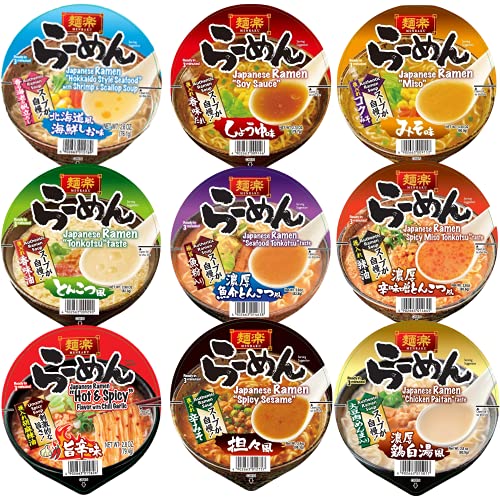 An unassuming player in the world noodle stage is the instant ramen noodle. Instant noodles were invented by “Momofuku Ando, owner and founder of the famous Nissin company in Japan in 1958”[4]. The instant noodle had a longer shelf life, was more convenient, and more affordable than the fresh and frozen noodles available at the time. Ando claimed that the invention of the instant noodle was in part due to the Japanese economy post World War II. In the 1950s the United States provided aid in the form of wheat to Japan, as the United States was one of the worlds leading producers of wheat. During this period “Japan, Korea, and Taiwan all suffered from shortages in staple foods and all three were under the political, economic and military purview of the United States”[4]. Because of the supply of wheat, the Japanese government encouraged people to eat bread made from wheat. Ando was concerned about the low nutritional value of bread and decided on another solution, using this surplus of wheat to make food that had a longer-standing tradition in Japan and neighboring countries, and so the instant noodle was born!

While the question of ‘who invented the noodle’ remains, the diversity of the noodle lets us know this doesn’t entirely matter. Both China and Italy have invented their own renditions of this food staple, and spread their popularity across the world. The noodle is a cross-cultural, and cross-global food with a long and rich history. Whether you’re eating a bowl of fettucini alfredo or a warm bowl of ramen, you can indulge in the flavors that took centuries to harness.

Asian and European immigration has stretched nearly every type of noodle across the globe. Regardless of who invented the noodle, we’re glad they did, and we’re glad for their differences.