Despite the simplicity of its ingredients--flour, water, salt, and yeast--most Americans purchase their bread at bakeries and supermarkets. However, there is nothing like a loaf of fresh baked, homemade bread. If you have never tried to make your own bread before, this is a great introductory recipe. 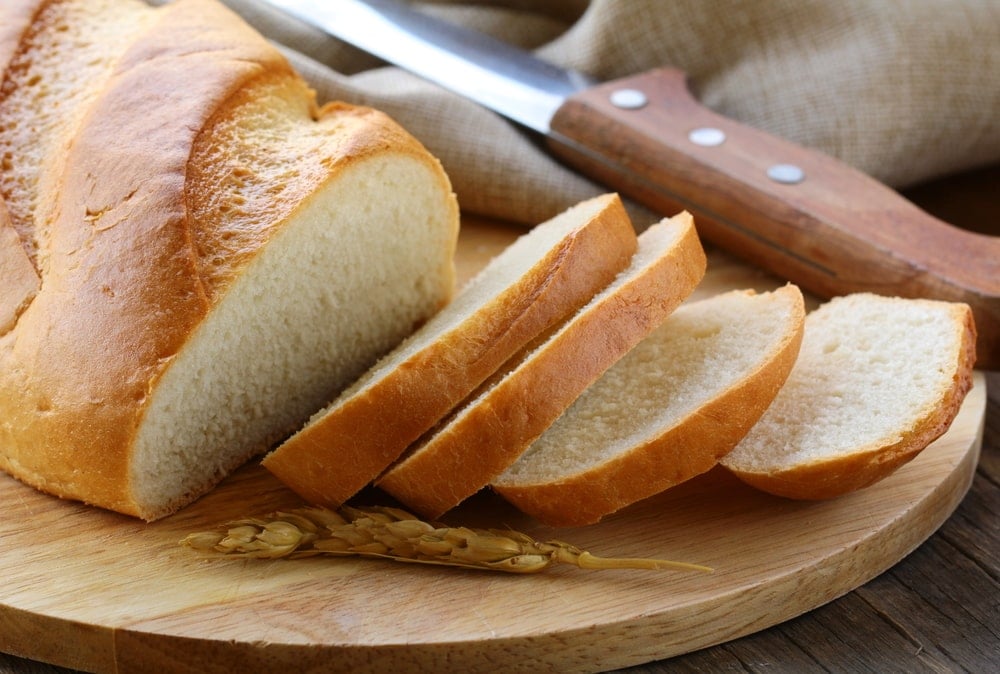 A simple combination of flour, yeast, and water, bread has sustained mankind for thousands of years. Despite the simplicity of a loaf of bread, the vast majority of families purchase their bread from grocery stores and bakeries. 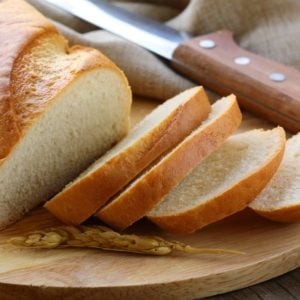 April Freeman
With this basic recipe, you can create basic white sandwich bread for your family. Even if it isn’t something that you do every week, learning to bake bread is an excellent skill that every home cook should accomplish.
Print Recipe Pin Recipe Add to Collection Go to Collections
Prep Time 2 hrs
Baking Time 1 hr
Total Time 3 hrs
Course Snack
Cuisine American
Servings 2 Loaves

Of course, there are many kinds of bread that one can bake, but if you have never baked bread before, the easiest way to start is, to begin with a loaf of basic white bread. We all know that white bread has a bad reputation in the nutrition world, but every now and then, it is okay to indulge. Besides, this bread will be free from excessive sugar, high fructose corn syrup, artificial flavors and colors, and fake food dyes. So, while it may not be as good for you as a nutritious seven-grain bread, it is a far sight better than the plastic-wrapped loaves sealed with a twist tie from the local supermarket. Besides, if you love baking bread as much as we think you will, this basic loaf of white bread may just turn out to be the very first stepping stone in learning how to make a wide variety of different kinds of bread. Everyone loves the taste and texture of warm bread with butter melting into the slice, but the reality is that cutting into a loaf of hot sandwich bread pretty much ensures that your slices are going to be ragged and awkward. Even ragged, misshapen slices of warm bread do taste fabulous, but if you’re wanting bread for sandwiches, you probably want to wait until the loaves of bread are completely cool before trying to slice the bread. Even when it’s cool, though, slicing homemade bread can be rather challenging. Fresh bread is quite soft and often, you will end up with squashed pieces of bread rather than nice slices for sandwiches. To avoid this, you will want to use a very sharp, serrated bread knife. A knife with a smooth blade just won’t cut it. (Pardon the pun.) To cut slices in homemade bread, you want to use a knife with jagged teeth. Gently saw at the loaf of bread using very little downward pressure. Take your time, and keep at it. Eventually, you will develop a knack for slicing the bread neatly and consistently.
Keyword Recipe, Snack, White Sandwich Bread

April Freeman enjoys creating all kinds of recipes for her friends and family from her country kitchen in Middle Tennessee. She and her family raise beef cattle, chickens, and all sorts of fruits and veggies on their farm, and she specializes in featuring farm-fresh foods in the recipes that she creates and serves. April says that her slogan is "Are you hungry?" and she feels that one way of showing love and connecting with others is to serve delicious favorite foods to others. Her favorite thing to cook is pies of all kinds.
Scroll to Top