Featuring large chunks of chicken, hearty cannellini beans, and filling lasagna noodles, our recipe for White Chicken Lasagna soup is one of those soups that are filling as well as delicious. Even those who do not care for soup as a meal will find themselves satisfied with this substantial soup. 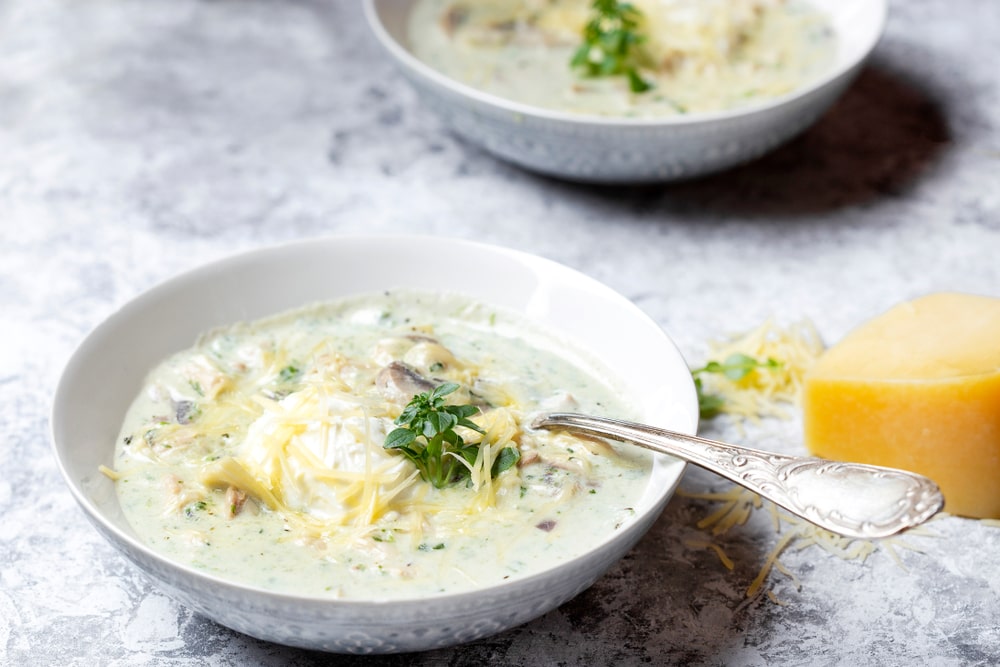 The ingredients list for this recipe is long, and you might be a bit intimidated by it. Don’t allow that list to overwhelm you! Other than chopping veggies, the whole of this recipe can be prepared in a single pot, and you are basically dumping things in, one right after the other. The only equipment that you will need is some measuring cups and spoons, a large Dutch oven, a sharp knife and cutting board, a wire whisk, and a soup ladle. 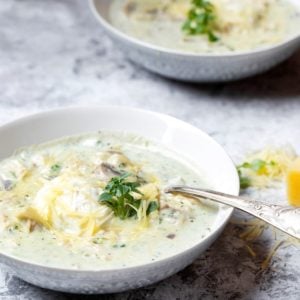 April Freeman
With a creamy, savory broth and hearty lasagna noodles, our recipe for White Chicken Lasagna is the perfect meal to satisfy the hearty appetites in your family on a cold, raw evening. While the preparation time does take a bit of time, most of the work is in chopping the veggies, sauteing ingredients, and stirring the pot. There is nothing complicated about this soup, but its rich flavor is something that you will definitely enjoy.
Print Recipe Pin Recipe Add to Collection Go to Collections
Prep Time 20 mins
Cook Time 30 mins
Total Time 50 mins
Cuisine Italian
Servings 8 Servings

This recipe begins by sauteing the chicken in hot oil just till browned. The chicken is removed to a plate and the veggies are sauteed in butter. Then the flour is added, which is cooked for just a minute until thickened. You’ll add broth and seasonings, and, for an added silkiness to the broth, you will include a bit of cornstarch dissolved in some more broth. Seasonings go in the pot next, with some cannellini beans. When the pot comes to a boil, the broken lasagna noodles are added. When the noodles are perfectly cooked, or “al dente” as the Italians say, you can include the remaining ingredients. When the soup is finished you’ll have a creamy, cheesy soup with moist, tender chunks of chicken, studded with chopped spinach and beans, seasoned to perfection in a smooth silky broth. While the preparation time seems like it may take a while, most of the time is spent stirring the soup, so it’s really not a hard recipe to tackle. You can use other kinds of noodles in this soup, but what makes the lasagna noodles so perfect is that they are sturdy enough to stand up to the thickness of the creamy broth. The broth makes this recipe more like a stew than a soup, and that means that people who generally don’t find soups filling enough will probably be satisfied with this recipe.
Keyword Recipe, Soup, White Chicken Lasagna Soup