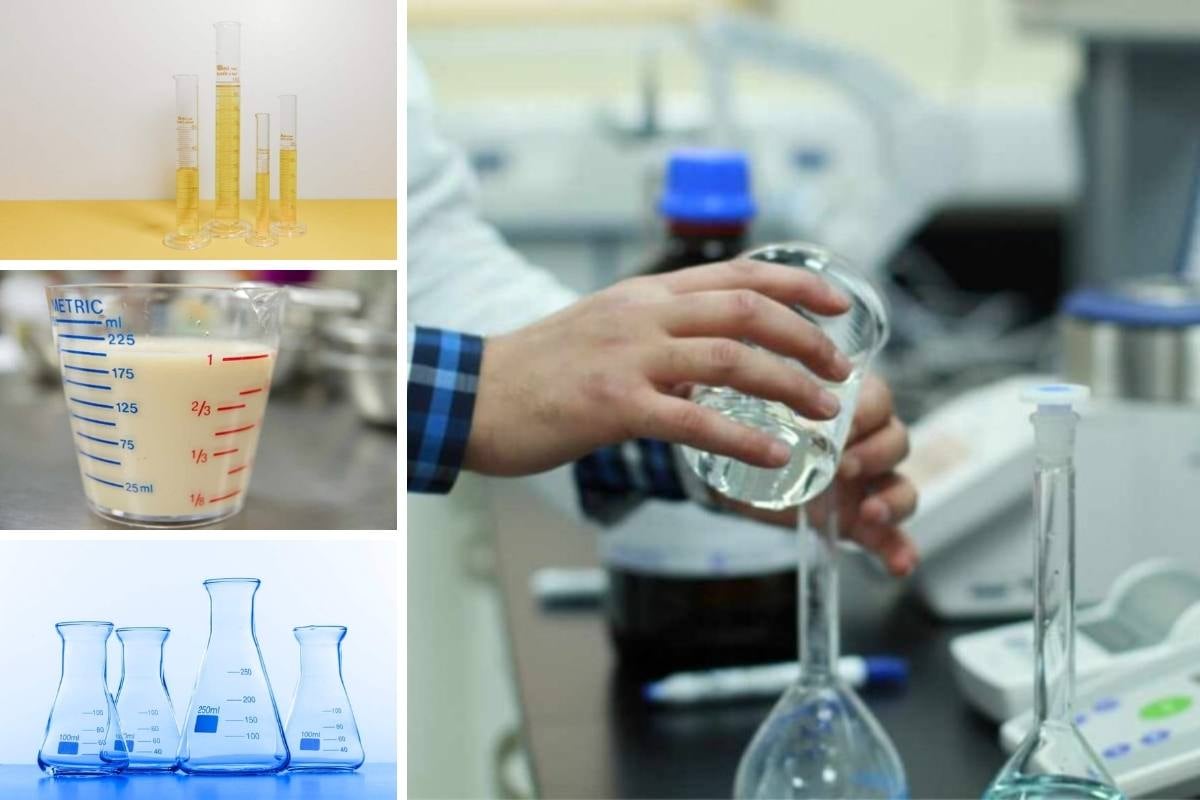 For one of their Grade 9 class Science homework, the aspiring Albert Eistens had to research and write a paper on what tools measure-imagine that! Who does that, right? And, as if that was not enough madness, they also had to trace and categorize the tools according to the different periods during which they were used!

“Just what does your teacher think you guys are now Sonny-quantity surveyors, hydraulic engineers and historians all rolled into one?” I ranted and raved when he came to me for help. Supposing Sonny’s science teacher was using her learners to do some of her graduate research for her, I decided to disguise my voice, call her and give her one or two pieces of my mind.

So that’s exactly what I did! “Hello, may I help you?” Miss Frankstein from Sonny’s school picked up after just a few rings.

“Ves, is dat Miz Frinkstein, science tichra vet….Jooniar Heegh?” I faked the best East European accent I could. “Oh, hi! Yes, it is. Is this Sonny’s dad? Mr…..?”

I quickly hung up. Not feeling in the mood to be helping Sonny with “his” homework, I thought it best to dodge that bullet.

“Sorry son, today it looks like you’ll just have to ask mom for help. I have some very important papers I have to do for work.” I unashamedly passed the bark to Wifey. Unfortunately for me, as it turned out, Wifey was almost as clueless about volume, let alone what tools measure it, than Sonny.

Consequently, much to my amusement, I indirectly ended up helping Sonny anyway, as Wifey kept shouting questions to me back and forth from the kitchen while cooking supper, and I, in turn, shouted replies back to her as I frantically researched her questions on my smartphone. Meanwhile, sly Sonny wrote down my responses as a draft for his homework! All the while grinning from ear to ear-close to bursting with laughter.

So, this is how Ms Frankeinstein’s homework was eventually done…

Table of Contents Show
Hey sweets, what is volume anyway? It’s been a while since I was in junior high!
And the biggie babes, what tools measure volume and since when has it been in use?
Human Hand
Water
Gourds
Animal Stomachs and Bladders
Standardized Human-made Containers
1. Beakers
2. Burettes
3. Erlenmeyer Flasks
4. Florence Flasks
5. Graduated Cylinder
6. Measuring Cup
7. Pipettes
8. Volumetric Flasks
Super, thanks heart, now briefly answer the following FAQs on volume!
Q. How do you find the volume of a liquid using a liquid measuring tool?
Q. What if you do not have a measuring tool?
Q. What are the steps to measuring volume?

Hey sweets, what is volume anyway? It’s been a while since I was in junior high!

Well, simply put, the dictionary defines volume as an amount or quantity of something-usually a container. Generally, volume is understood to be the capacity of the container, that is the amount of liquid, fluid or gas that it can contain or hold. However, scientifically-speaking, volume is a mathematical concept.

It is the quantity of three-dimensional space that an object occupies. In the real world, volume is the amount of space occupied by a three-dimensional object or region of space or container. The capacity of such a region or a specified container is expressed using International Specified (IS) derived units such as cubit meter and liter.

That is, it can be measured in cubic meters, milliliters or liters. In the U.S., volume is measured in what are called imperial units. These are the likes of gallon, quart and cubic inch.

This is such that the length of a container when cubed corresponds with its volume. Apparently, zero, one and two-dimensional objects have no volume. The virtual world uses volume as a measure of how large an object is.

For example, in Second Life, an avatar can be described as a 3D object with a volume of 0.1 m³.

And the biggie babes, what tools measure volume and since when has it been in use?

Over the years, volume has been measured using different means and tools known to humankind. Among them have been….

In ancient times, one of the oldest “tools” for measuring volume were parts of the human body, such as using the human hand and pinches. According to Annette Imhausen (2016), ancient “Egyptians used their units of length, (the cubit, palm, digit) to devise their units of volume.” However, differences in human hands make this rather difficult and most unreliable.

As a result, some turned to water to determine volume.

By so doing, Archimedes devised a primitive form of hydrostatic balance. As well as coming up with his very own Archimedes’ Principle which states that “the upward buoyant force, that is exerted on a body immersed in a fluid, whether fully or partially, is equal to the weight of the fluid that the body displaces.”

Considered more reliable than the human hand, gourds have, since the Middle Ages, also been used to measure volume. Unlike human hands, gourds are considered natural, consistent and durable containers for the measurement of volume. So, too, are animal stomachs and bladders.

This opened the way to the beginnings of standardization of the many units for measuring volume, such as sester, amber, comb and seam. The end result was their standardization in the 1258 Assize of Bread and Ale Statute of King Henry III of England. The statute standardized volume, weight and length and also introduced the bushel, ounce, pound, penny, and gallon.

Found in pigs and sheep, their stomachs and bladders also provided consistent and durable containers for the measurement of volume. These could be filled with liquid and help quantify the volume of a specified container. 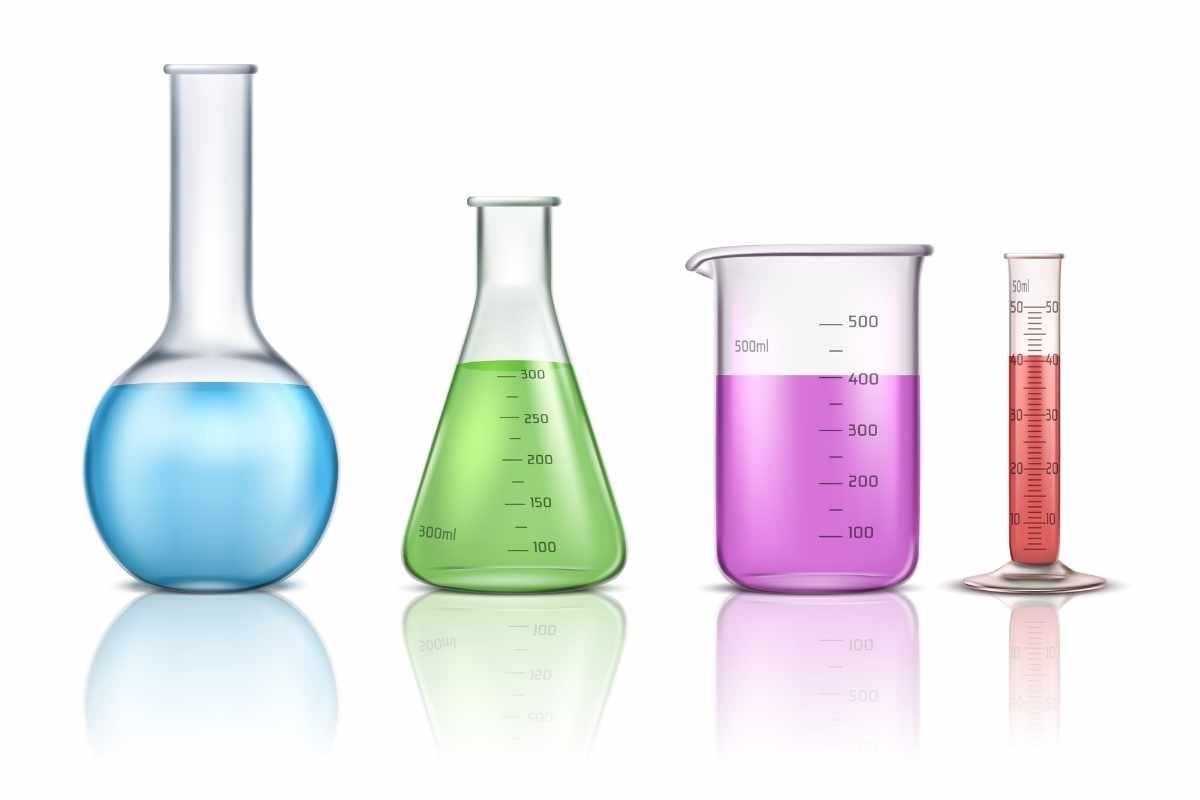 With the rise of industrialization, metallurgy, developments in glass production and the standardization of human-made containers, more tools aimed at measuring volume increased. This is such that, today, tools for measuring from small to great volumes are available. These include, 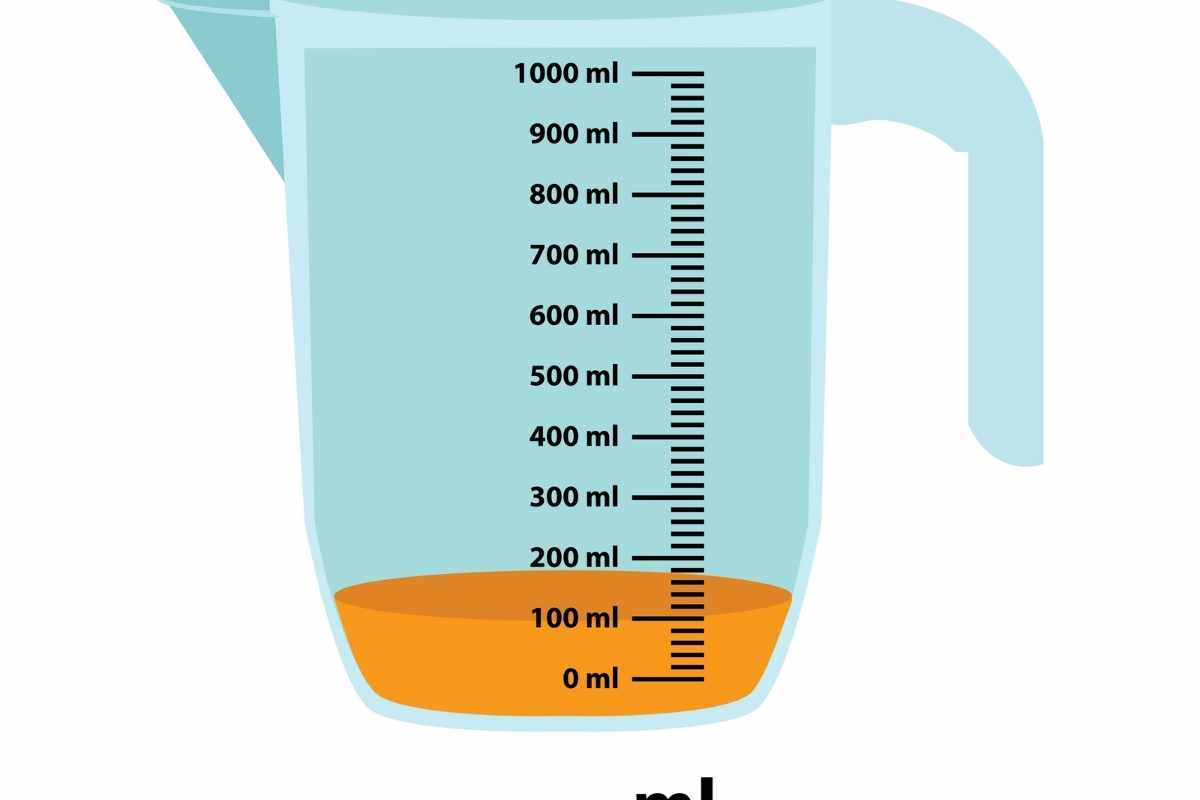 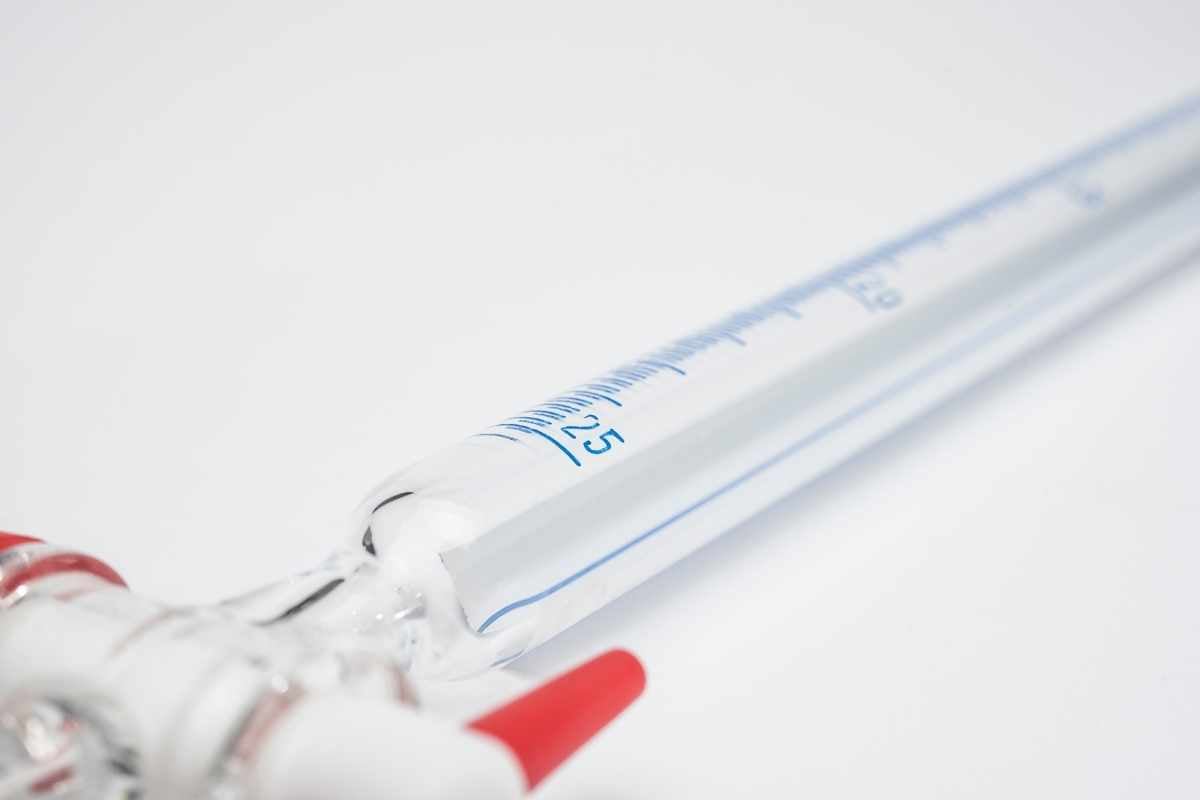 For scientists, there is a significant difference between a volume of 25 milliliters (mL) and 25.00 mL. The measuring device needs to be able to measure an actual volume that is within a few tenths of 1 mL for the first quantity. This only requires a precision of 0.5 mL.

However, to measure 25.00 mL accurately, a device capable of measuring a few hundredths of a milliliter is needed. Known as “Volumetric glassware”, this is glassware with such precision. This group includes burettes.

Burettes are cylindrical glassware items with graduations painted on the side. However, instead of graduation, burettes have a valve at the bottom (referred to as a “stopcock”). This allows liquid to drain out of the bottom to 0.01 mL or less.

They are usually accurate. Burets come in sizes ranging from 10 mL to 100 mL, though 50 mL is the most typical size. 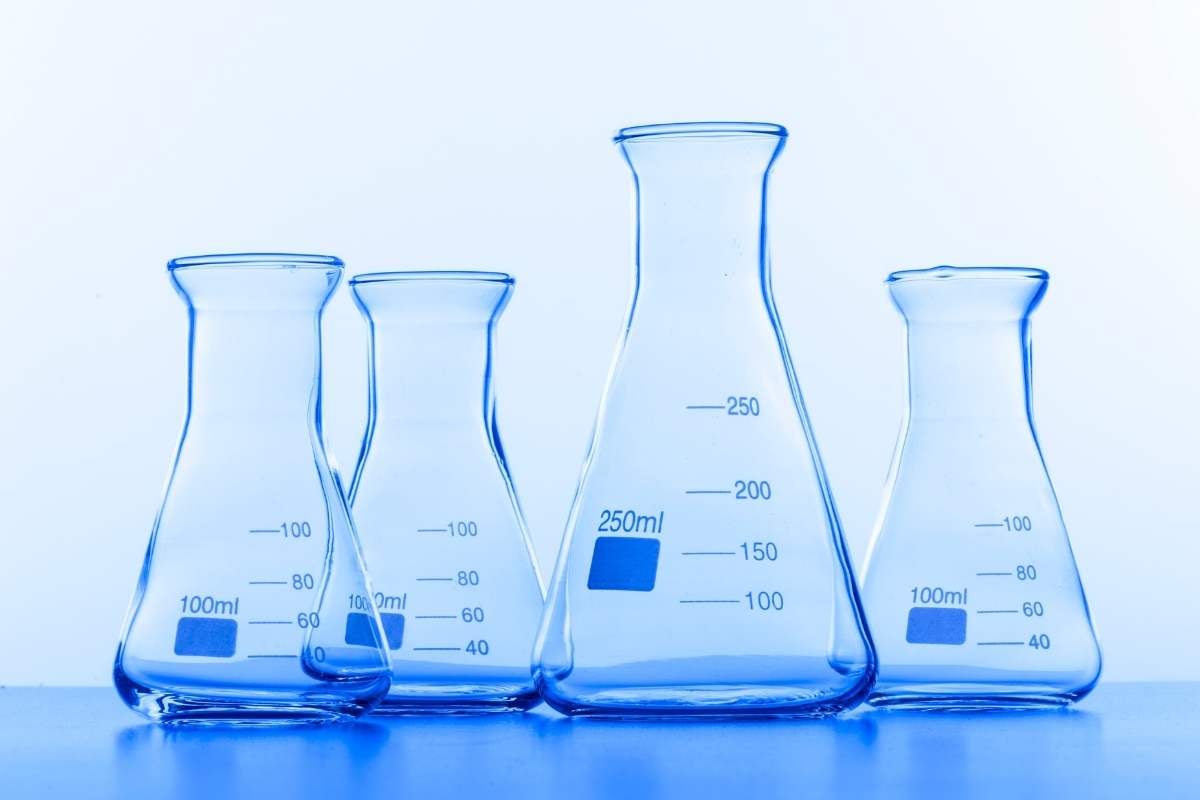 It comes with a flat, conical base and a narrow, cylindrical neck. These flasks bear the name Emil Erlenmeyer, the German organic chemist who created the glassware in 1861. Used in modern laboratories to measure volume, these flasks can also be used mix and heat solutions in them.

They are normally made of borosilicate glass, which can withstand high heat without shattering. 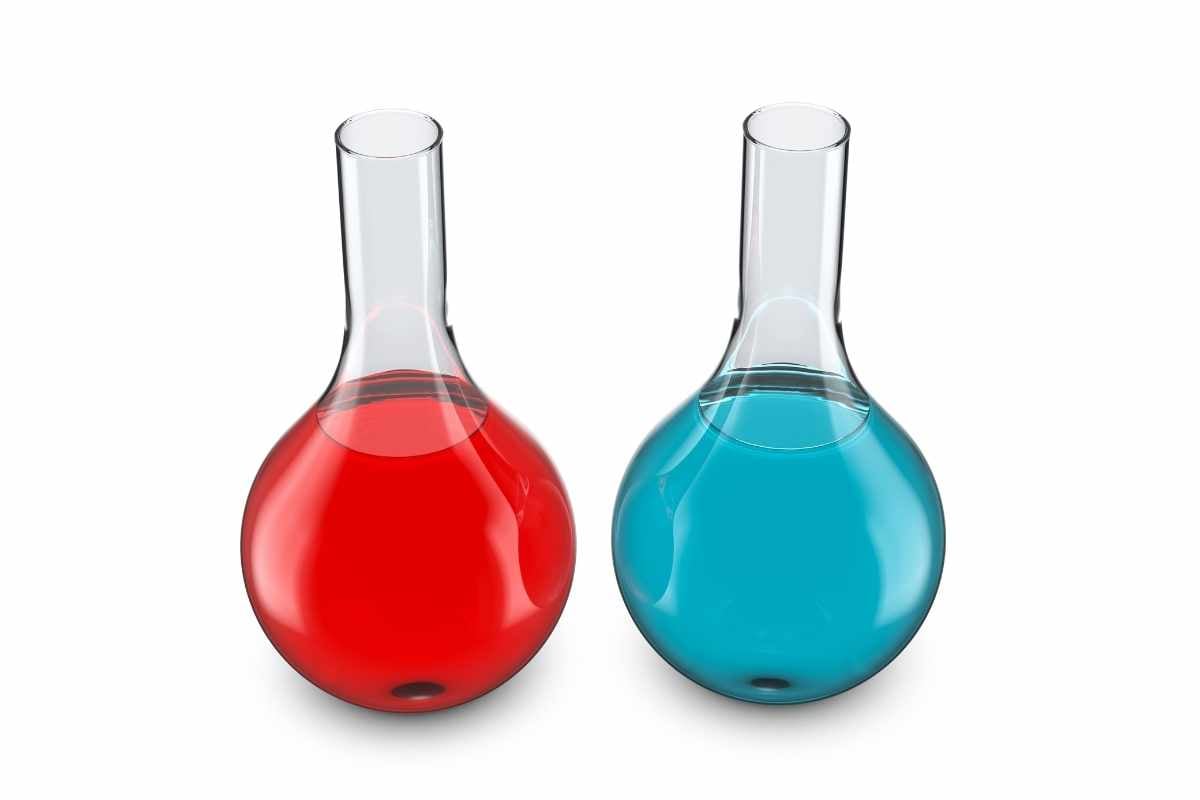 Similar to Erlenmeyer, Florence flasks are typically made of borosilicate glass. They have a long neck over a round bulb with a flat bottom. Not only are they capable of measuring volume, they are also designed to withstand heating. 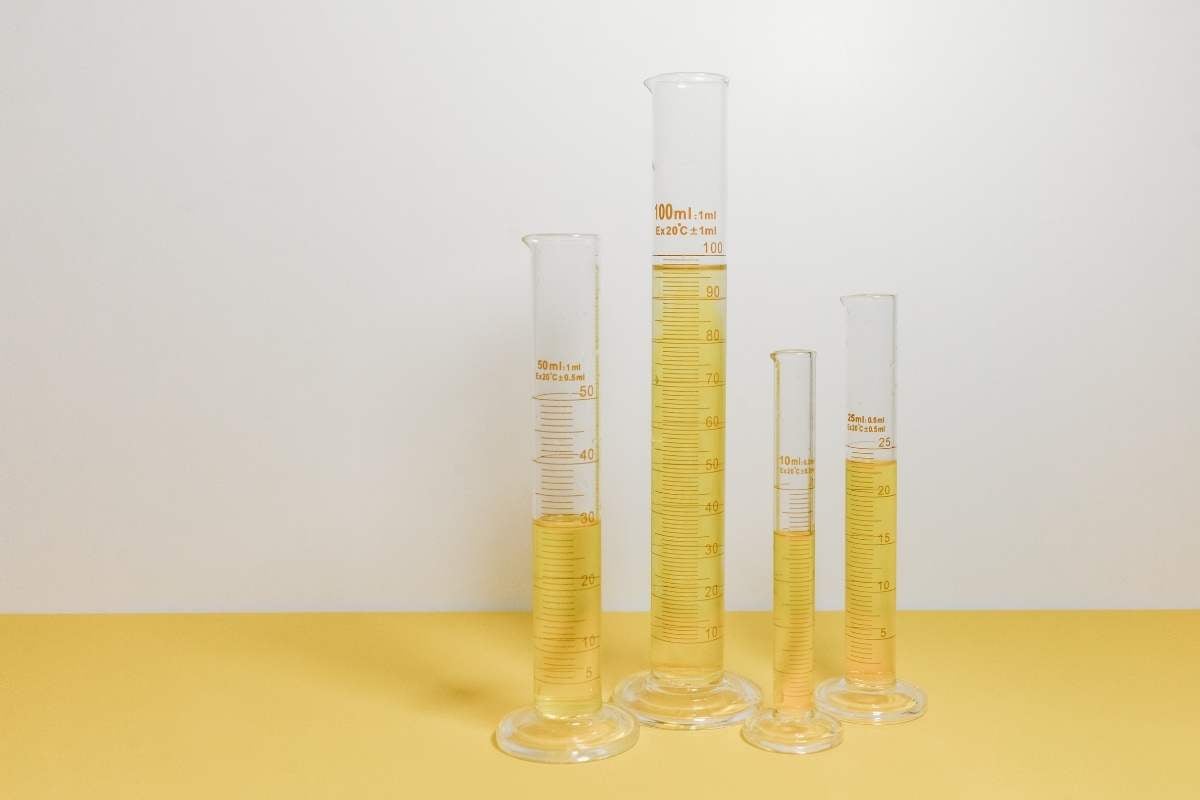 From as early as the 1920s, graduated cylinders with fluid dram markings have also been used to measure volume. Graduated cylinders are tall, cylindrical containers with a pouring spout, just like beakers. For measuring the volume of a liquid, they have hash marks (gradations) on the side. 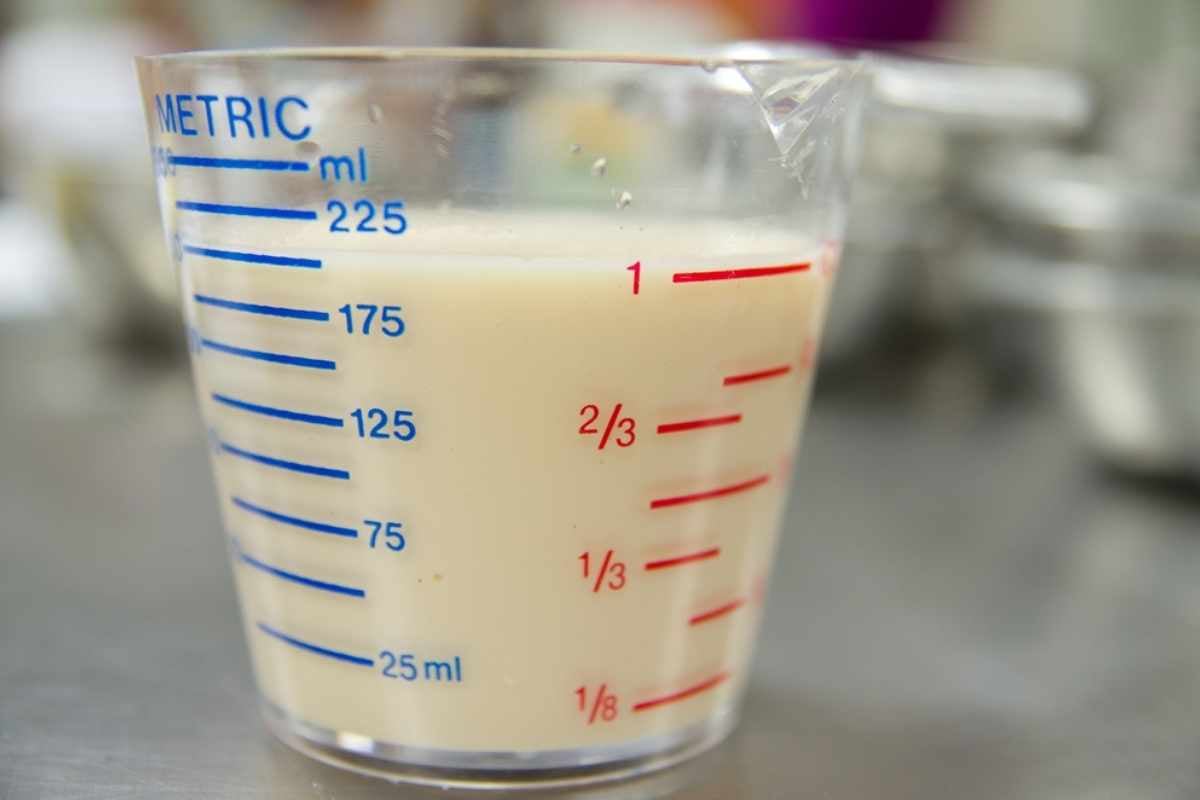 Made of plastic, glass or metal, measuring cups have in modern times been used to measure the volume of small volumes of liquid of not more than 50ml (2 fl oz) . A measuring cup measures volume in units of cups, fluid ounces and millimeters. It is mainly considered a kitchen utensil and used chiefly to measure cooking ingredients like flour, sugar, washing powder, liquid detergents and bleach for laundry. 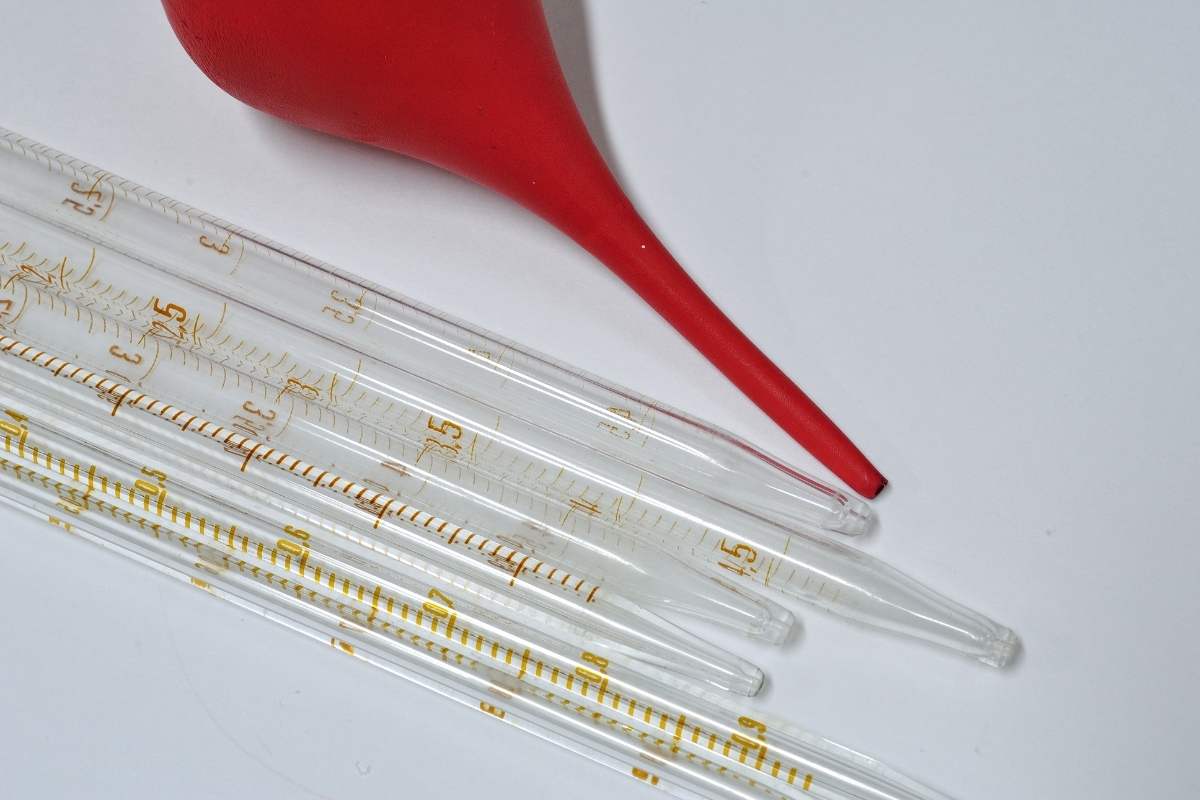 Pipets are thin tubes that range in length from 12 to 24 inches. They are used to measure predetermined volume, like 25 milliliters or 10 milliliters. At times, they also have graduations that enable the delivery of odd and fractional volumes known as “Mohr” pipets.

They are considered volumetric glassware due to their typical accuracy of up to 0.02 mL. Some pipets are single-use, plastic-made, throw-away gadgets. 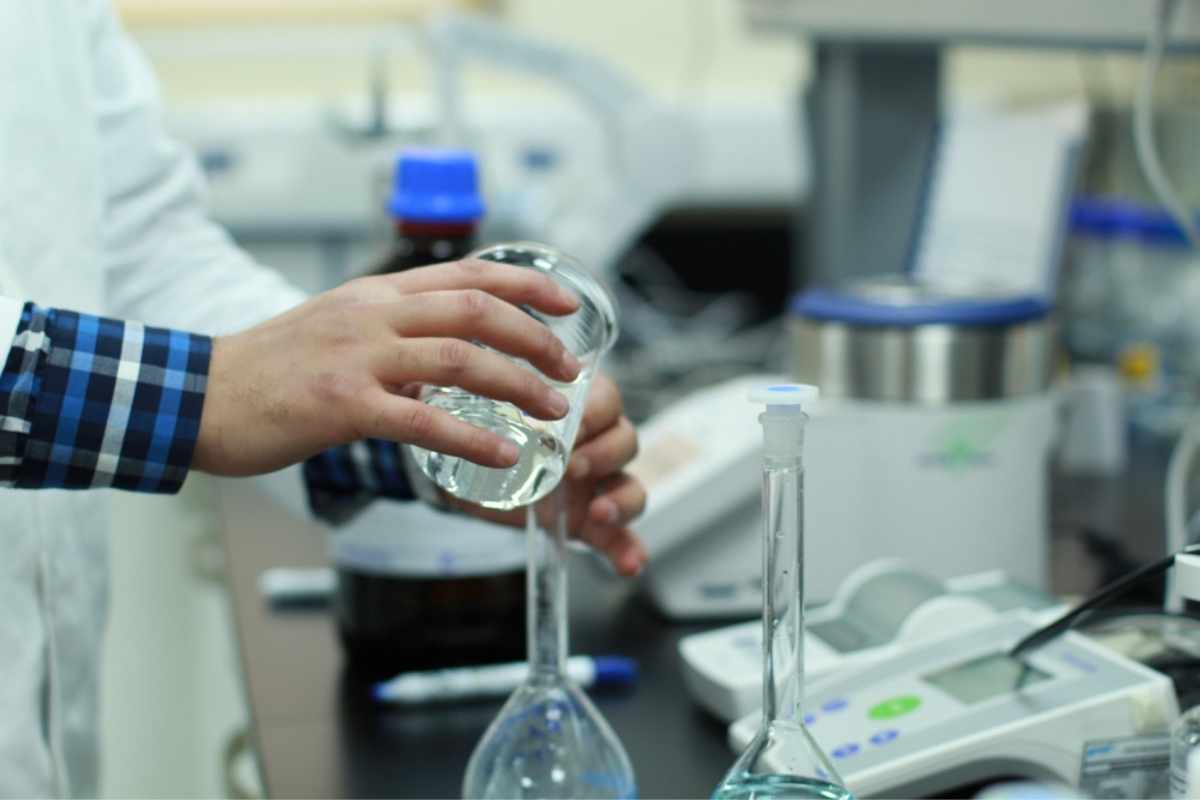 Q. How do you find the volume of a liquid using a liquid measuring tool?

A. Pouring a liquid into a graduated recipient is the simplest way of measuring the volume of a liquid. In science laboratories it is common to see a variety of these recipients that can be used for different tasks. In all cases, the volume marks imprinted on the vessels are the reference for measurement.

Q. What if you do not have a measuring tool?

A. An indirect measure of volume can be done through the values of mass and density.

Q. What are the steps to measuring volume?