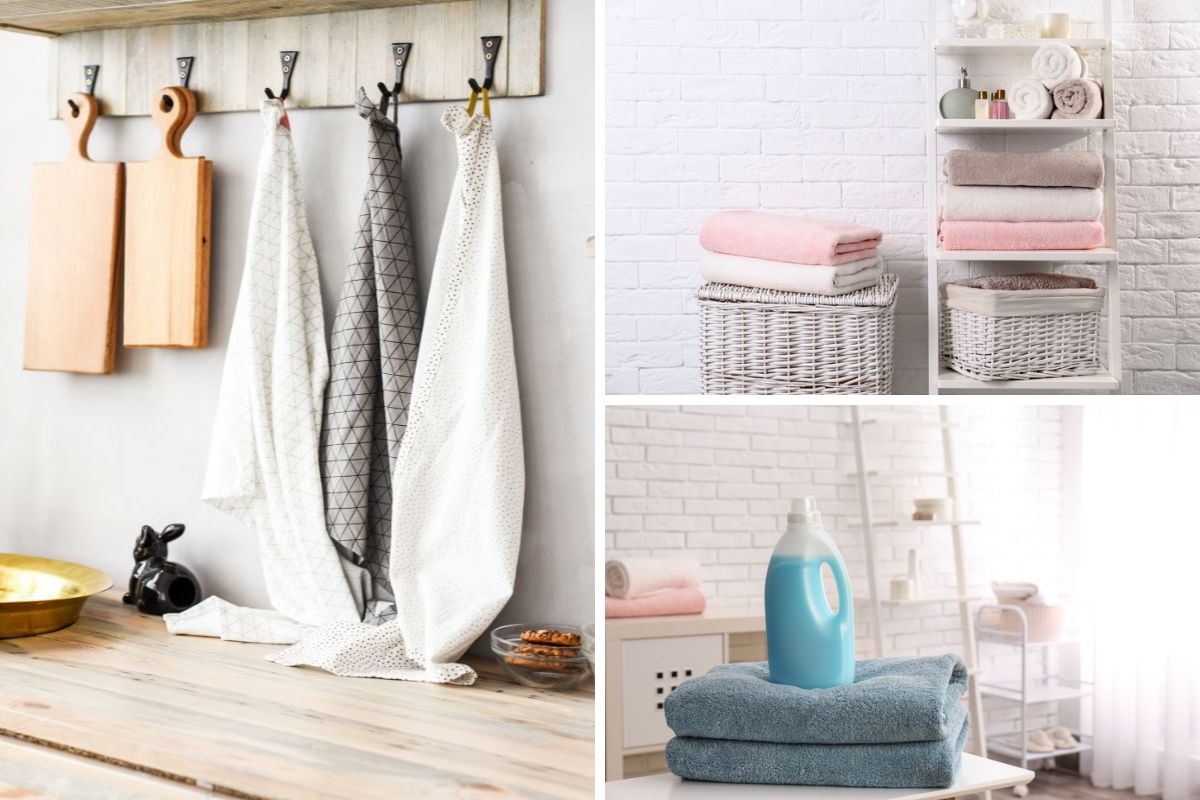 Are your towels scratchy and rough? Are they just not soft and comfortable on your skin anymore? You might not be drying them properly and in the following guide, we’re going to share how you can get your towels soft and fluffy again by drying them at the right temperature. Plus, we’ll share some other tips that you can use to extend the lifespan of your towels and keep them comfortable for longer.

Related: Can You Dry Towels with Clothes? | What Setting is Best for Washing Towels?

The best temperature to dry towels

The general rule of thumb when drying towels is to dry them on low heat. The optimum temperature is between 40 and 60 degrees. This might mean putting them through multiple cycles, but it’s well worth it if you want to preserve your towels and keep their quality for longer.

Rather do a cool wash with the right amount of detergent and don’t overdry. Speaking of which, check out the next point for more on this. 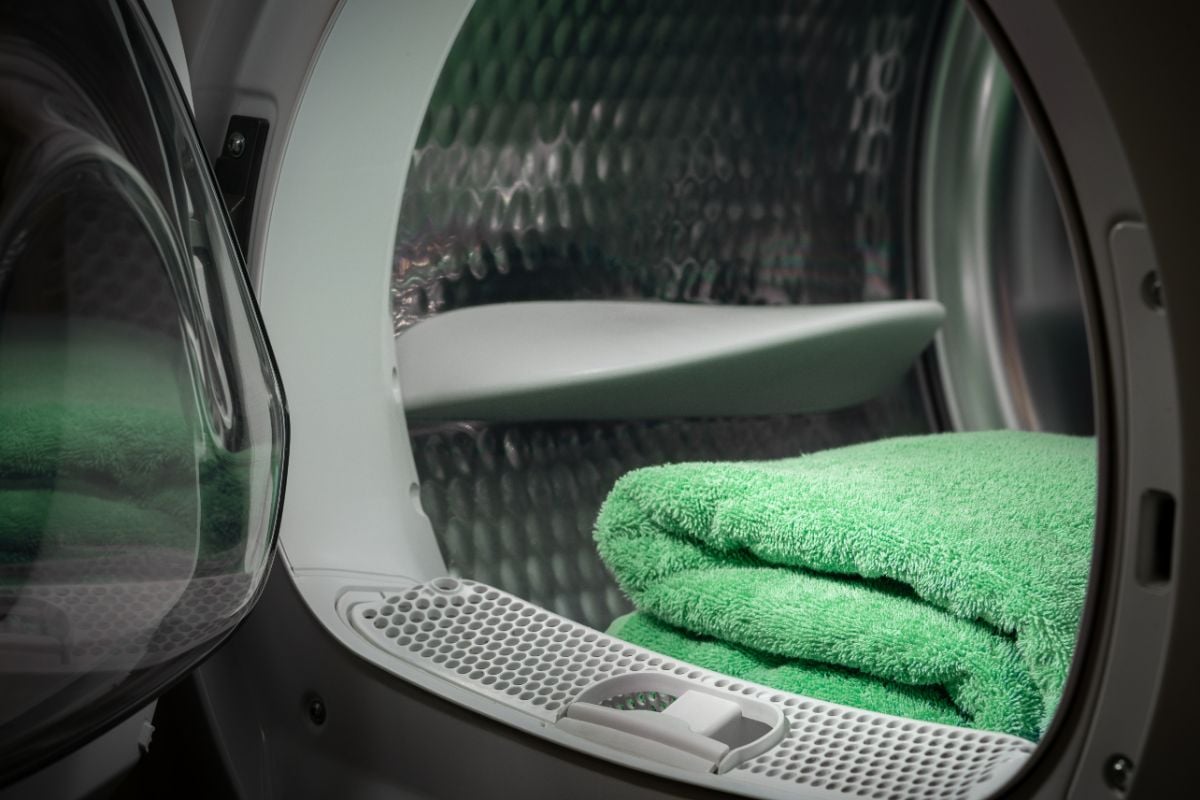 Most people put their towels in the tumble dryer and leave them in for so long after they’re done drying, they’re just baking them which can damage the thread. That’s why it’s better to stick with a lower temperature setting as mentioned above and check your towels regularly while they’re in the tumble dryer to make sure they don’t crisp if you know what I mean.

Put only towels in your dryer

Whether washing or drying your towels, you want to put only towels in the machines and make sure they’re all the same color if possible. During the wash cycle, put in one cup of white vinegar; no detergent is needed because it’ll probably leave behind a lot of residues. Then you want to turn your towels on high so they can go on the longest wash possible to help brush all that reside out.

When you’re done, put them in the dryer, take them out right when they’re dry, and don’t over-dry them. This will make them fresh, soft, and happy again. 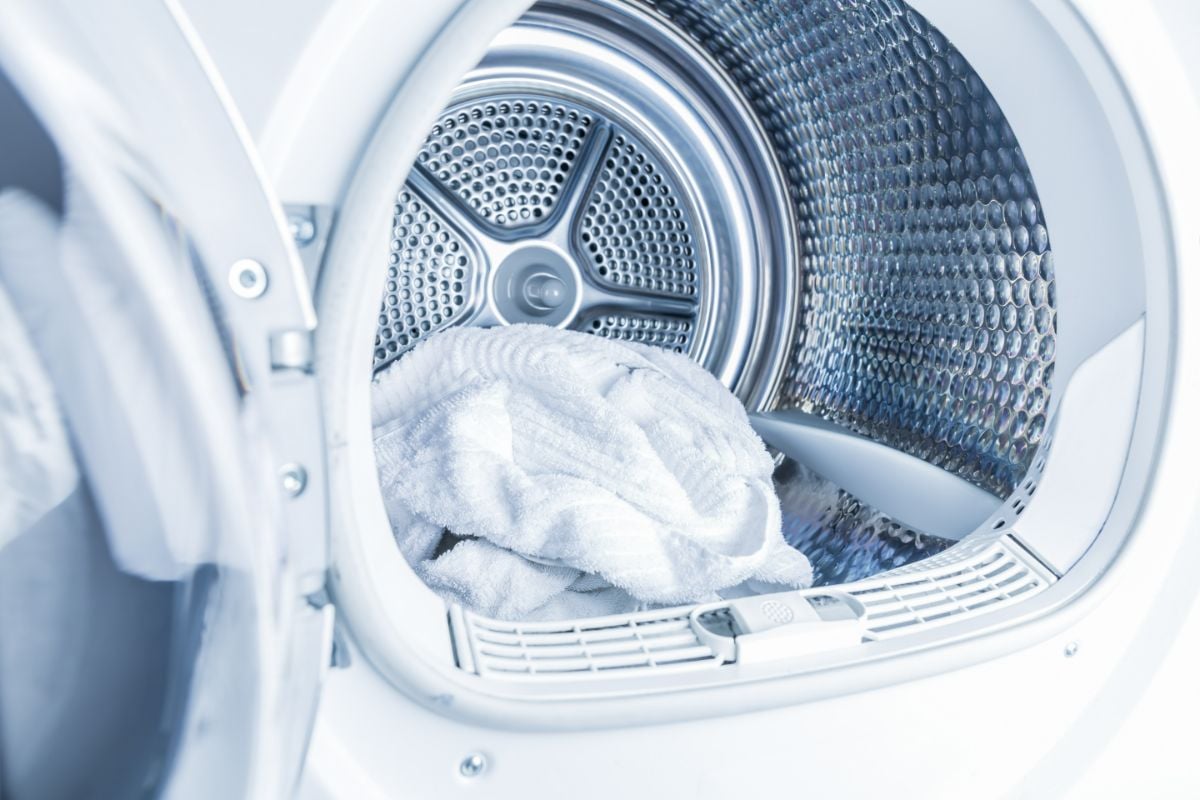 Having too many towels in your washer at once means there won’t be enough room to rinse out all the dirt and detergent. Without enough aeration in the machine, you’ll end up with stiff towels instead of the soft, fluffy towels you wanted. So, you want to put in only a few towels at a time and maybe put them in with a drying ball to speed up the drying process and aerate the machine properly.

When to get rid of your towels 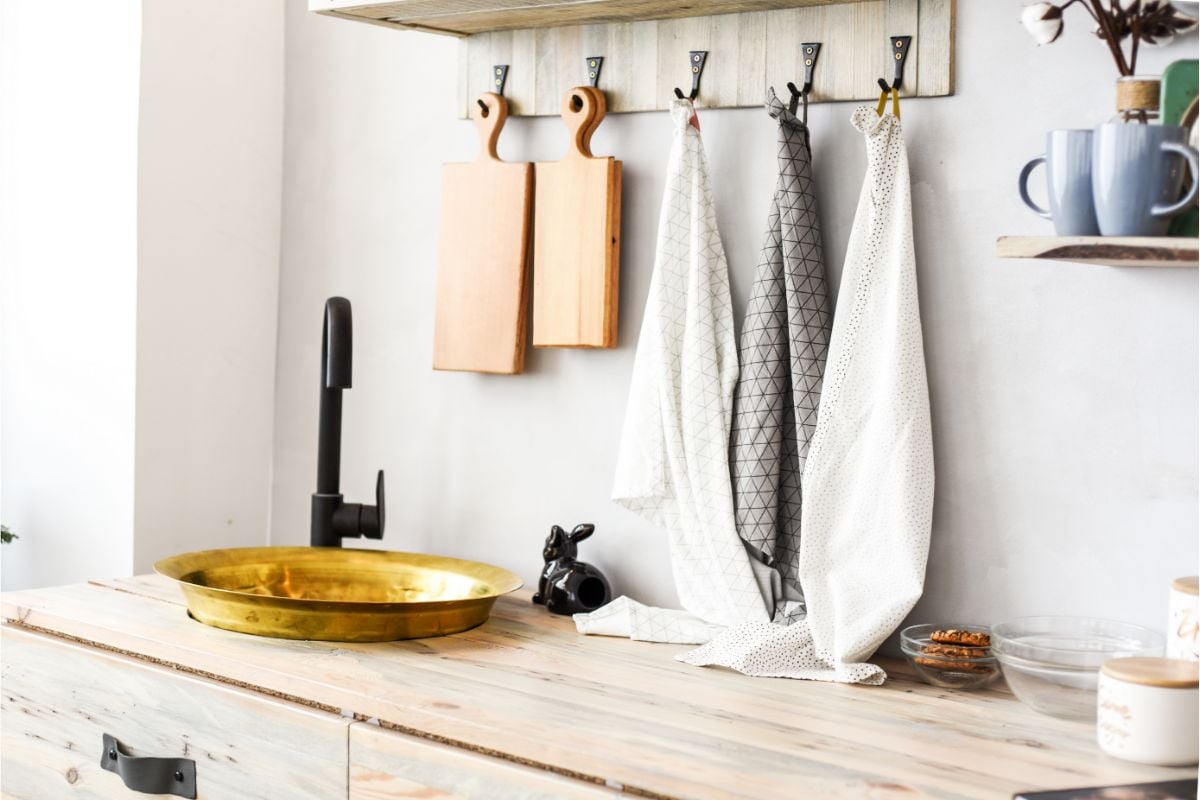 There’s no denying that towels can get contaminated with bacteria and viruses, some of which can be harmful to us. We know that kitchen towels have a lot of bacteria, especially when they’re moist, and some of the bacteria that can survive are bacteria that can cause diseases and illnesses that are uncomfortable, to say the least.

That’s why it’s recommended to wash your kitchen towels right after using them, especially if you’re dealing with chicken or if you have a compromised host in your home. On the other hand, if you’re only using your towels for normal daily kitchen tasks, then it’s fine to wash them as regularly as you can, depending on what you use them for.

When it comes to bathroom towels, if you have an infection on your body, you can either spread it to another part of your body or even spread it to someone else if they use it. Otherwise, if you don’t have any infections on your skin, it’s fine to reuse the towel for several days, even up to a week. Just make sure to air dry it between uses and follow the tips in this guide on how to wash and dry it properly.

How often to wash your bath towels 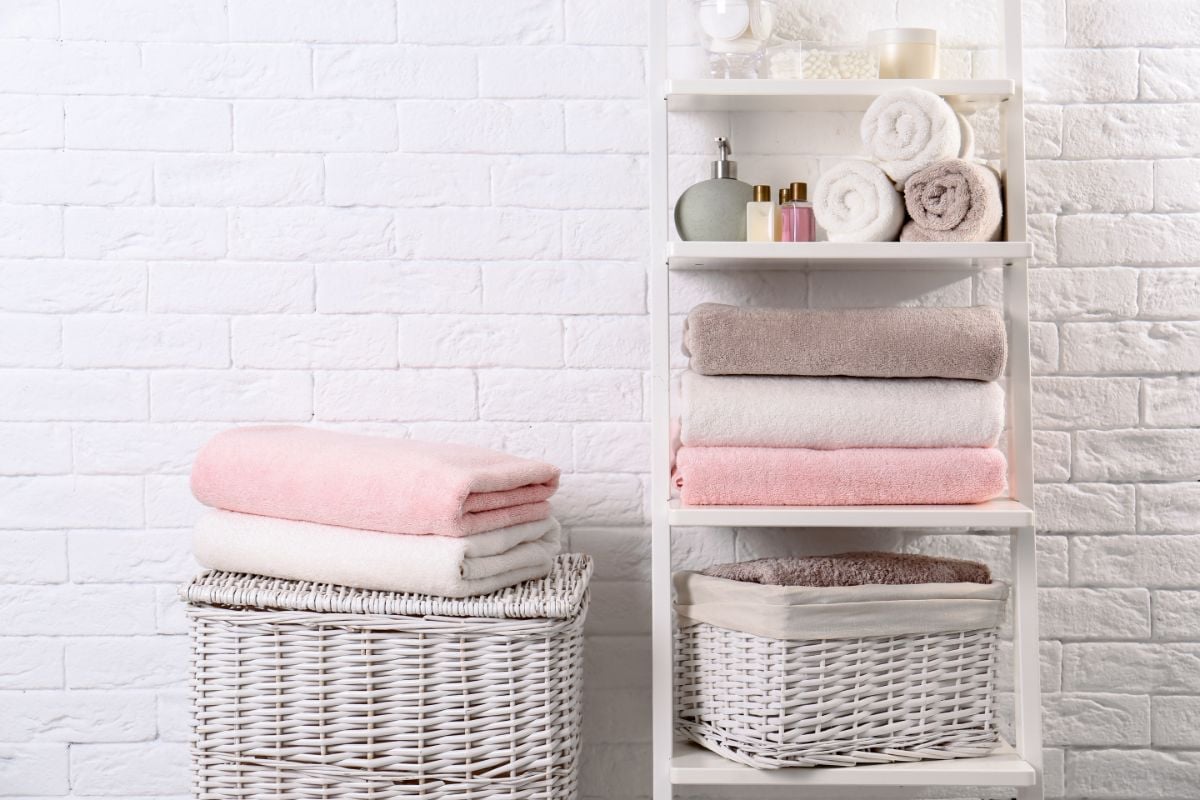 The answer is in between every day and once a week; so that would be after four to five uses. The issue is not so much the towels as the wet, moist environment where there’s a lot of humidity in the bathroom. This is particularly problematic if you hang the towel on a hook where the towel is stitched together and doesn’t have space to dry.

For the best results, make sure to hang your towel over a rail so the air can circulate. It is very important to do this to avoid mold from growing on the towel.

If your towels still have a bit of a funky smell even after washing them, it might mean that there’s detergent and softener build-up in the weave and heft of the towel. An easy way to clean and refreshen them is to mix baking soda and vinegar and throw that into the washing machine with your towels. The vinegar strips the detergent and conditioner out and the baking soda will lift the towel and clean the machine as well.

So, the general rule of thumb is to wash your towels at least twice a week for the best results and dry them properly. This will go a long way to keeping your towels soft but effective at drying your skin.

Cut back on detergent 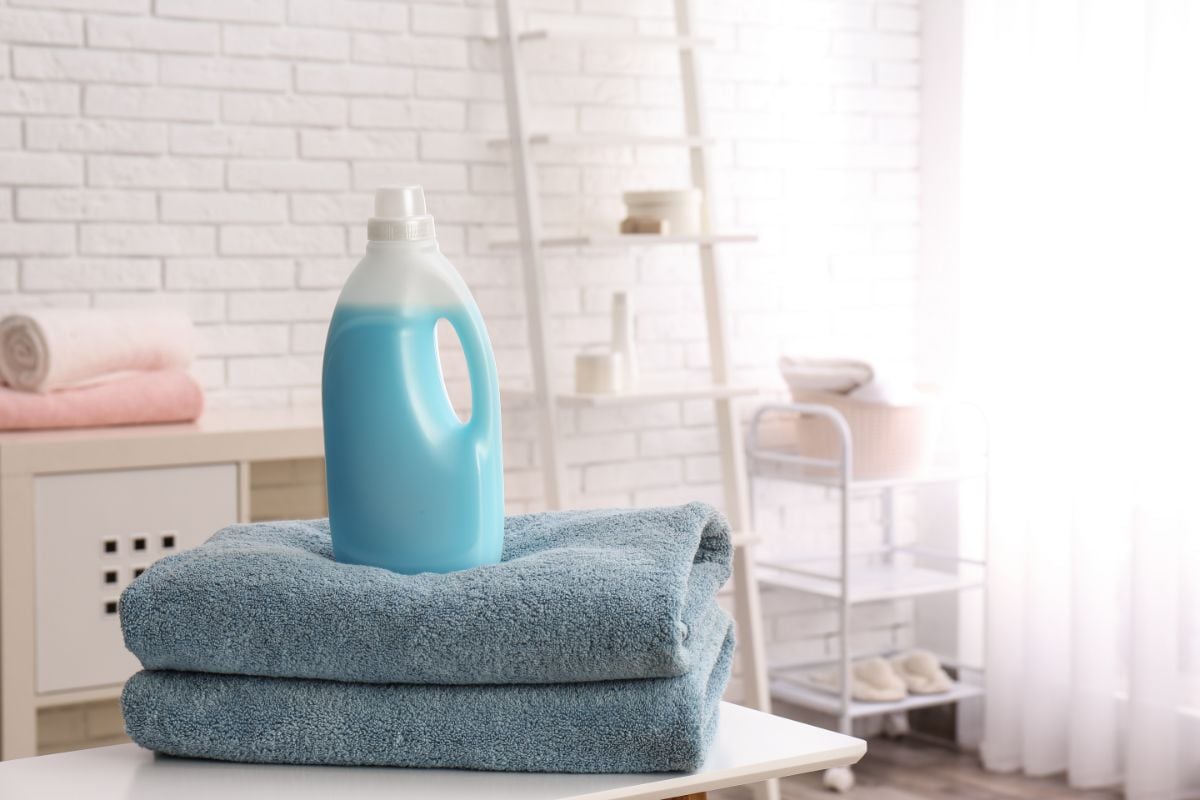 One of the best ways to keep towels soft is to cut back on detergent. Towels feel stiff because they start to build up soapy residue. This residue is not only going to cause your towels to stiffen up, but it may also lead to moisture and bacteria build-up. You can also lighten your load and use a relatively low setting on the tumble dryer as a mitigating measure along with using less detergent.

How to not ruin your towels

We buy towels based on their fluffiness. However, it’s easy to ruin them if you use the wrong setting on the tumble dryer or fail to follow the manufacturer’s settings. Remember, every product comes with care instructions for a reason, so you want to follow them to the tee if you want to get the most out of the product, towels included.

The biggest takeaway is that less is more with a towel. Less detergent because if you put too much on it, you’ll start coating it and then lose the absorbency. The same goes for heat when drying them. Rather, dry them on low heat for longer and wash them after every few uses.