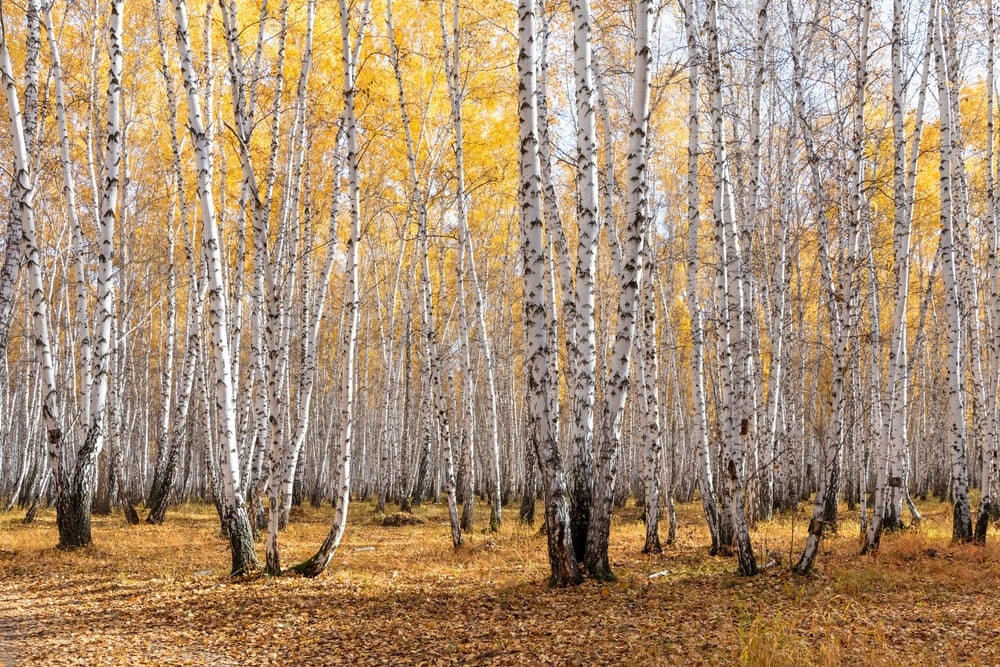 The yellow birch is not only named for its fall time yellowing leaves, but also for the beautiful hue that its inner bark has. The birch family is an interesting tree species to study. Members of the Betula family all look remarkably similar on the outside but just peel a few layers back and you’ll reveal they’re significant differences.

Trees should be celebrated every day! After you satisfy your curiosity about yellow birches, head on over to 101 Types of Trees to keep the celebration going.

What is a Yellow Birch Tree?

The provincial tree of Quebec, Canada, the yellow birch is a deciduous tree that also goes by “golden birch” or “swamp birch”. Native to the north-eastern regions of North America, it is the largest species of birch that can be found there.

They can grow to be 24 meters tall, though not tall compared to other species of trees, it quite tall relative to their sibling the gray birch, which grows to be only about 9 meters tall.

The yellow birch is also a rather long-lived species of a birch tree. With an average age of 150 years, there are some on record that live to be over 300, which puts them in the old-growth category.

Many birch species are considered as “pioneer species”, as they are very resistant to forest fires and are the first to repopulate an area devastated by natural disturbances. However, the yellow birch is not part of this category.

Though they do produce many millions of seeds each year (once they’ve reached maturity) which can quickly reach those devastated areas, due to their thin bark and great lack of acidity, they are easily swept up by forest fires. 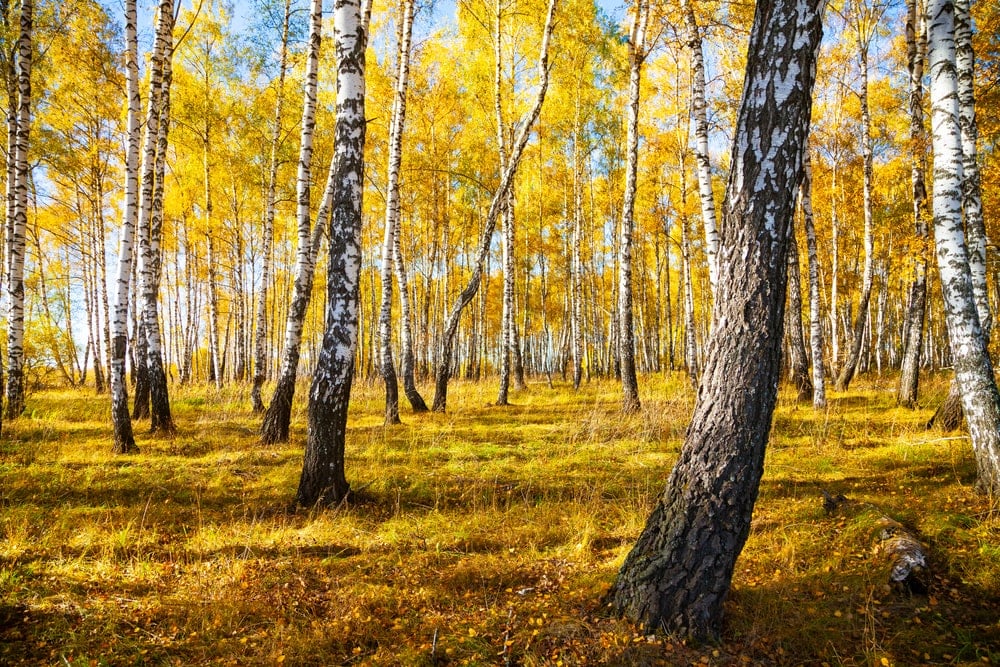 Where do Yellow Birch Trees Grow?

The yellow birch prefers cooler and temperate climates, and will not grow very successfully in regions with very hot summers. They will only live to be about 30-50 years in those kinds of conditions.

They regularly grow in elevations anywhere from 0-500 meters, but they do occur up to 100 meters in elevation as well. This is because they’re able to achieve that cool climate they’re looking for at such heights. They can often be found growing amidst balsam fir trees.

Yellow birch trees prefer soil with a pH level hovering around 4-8, with rather low nutrient levels. The soil should be well drained, and never too moist. They’re most commonly found near swamps and stream banks, on north facing slopes are in richly populated woods.

In Canada they can be found in the following provinces:

In the United States they can be found in the following states: 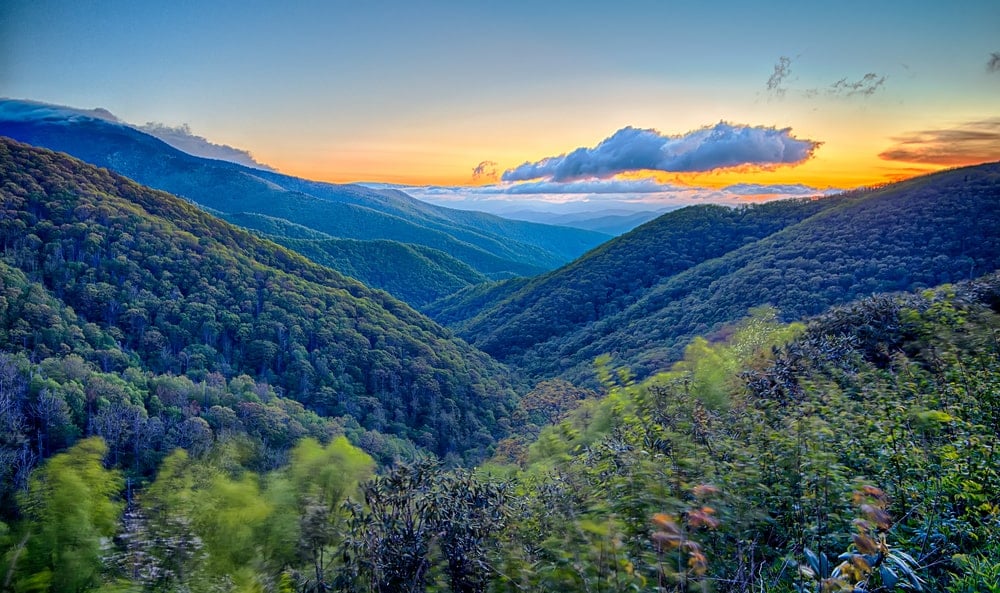 All birches are named after the general hue of their bark. All birch bark is quite thin and peels off in papery sheets, and in maturity, it grows paler and paler in color. The easiest way to tell them apart is by peeling back several layers of bark to see the color below.

In the case of the yellow birch, mature trees sport a shiny, yellowish/bronze shade. It peels away in horizontal lenticels to reveal small black marks below. Once the trunk reaches a diameter of more than 0.3 meters, yellow birch bark will stop peeling away and a thicker bark will take its place.

Like all other birches, the yellow birch also has twigs with a scent and flavor of wintergreen, but this variety is not nearly as strong as the wintergreen found in sweet birch trees (Betula lenta). 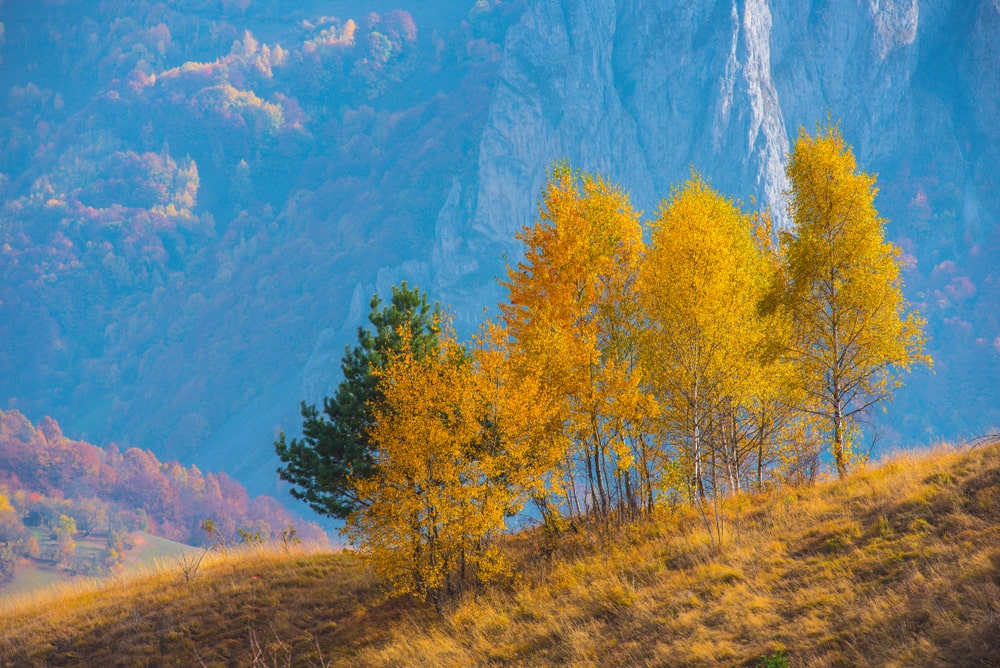 How do Yellow Birch Trees Reproduce?

All species of birch are self-pollinating, meaning that they possess both male flowers and female flowers. Another word for this is monoecious. These flowers open in the late spring, and they are an interesting type of flower called a catkin. Catkins are small clusters of tiny flowers with indistinct or no petals found at the end of a thin stem.

Male catkins are yellow and purple and occur in groups of 3-6. They are pendulous (drooping) for easier release of pollen. Female catkins are long, ovular, and stand erect to easier catch pollen.

The fruit of the tree matures in the fall, are the fruit are tiny winged yellow birch seeds called samaras. This allows for a brisk and efficient spreading of seed. They germinate best on mossy logs, cracks in boulders, and decaying wood. Not only do these areas protect the seeds from being eaten, but they’re also the perfect nutrient environment for seeds to grow into seedlings.

However, yellow birches are not able to grow in full shade, and so in order for them to grow strong, they need a disturbance in the forest canopy in order to get that energy from the sun. The yellow birch establishes deep, long, and laterally grown roots.

The yellow birch is considered sexually mature between the age of 20-40, but the optimum age for seed production is 70 years old. They usually produce birch seed crops in intervals of 4 years, but those crops produce millions of seeds.

FUN FACT: sugar maples prove to be rather hostile to yellow birches. They release allelopathic chemicals, which prevent the germination of competing species. This chemical is released from the roots of sugar maple and then spreads to the roots of yellow birch seedlings. 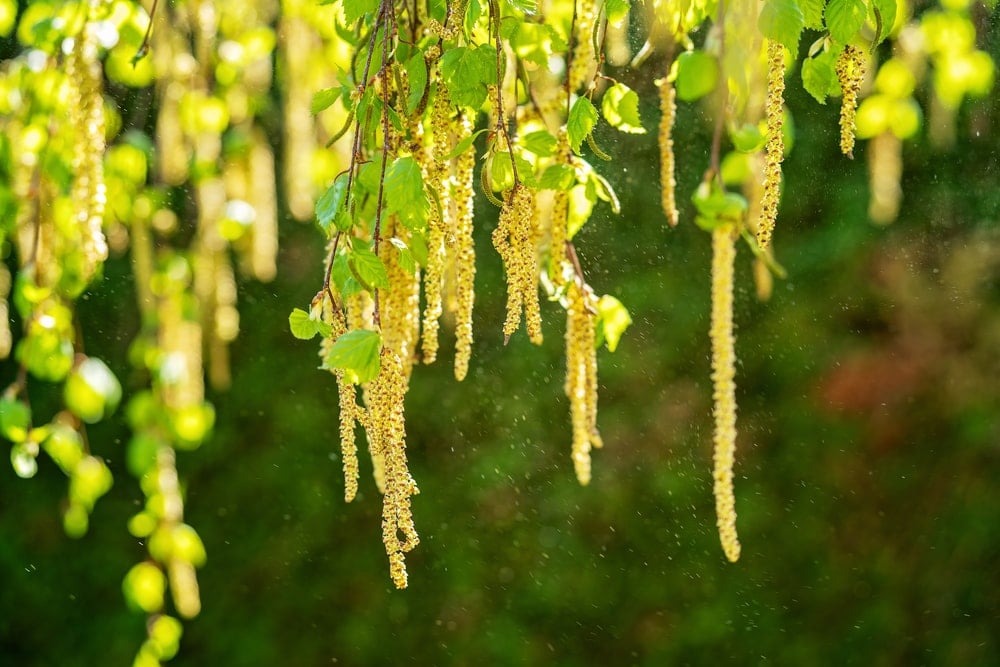 How is Yellow Birch Wood Used?

Yellow birch wood varies in color from creamy white to a robust red/brown. It accepts stains and polishes very well. The wood itself is very strong, heavy, with an attractive close grain.

The yellow birch is one of the most important species of trees in Canada for the manufacturing of lumber and hardwood. It’s crucial in the production of floorboards, furniture, doors, and cabinetry. Once upon a time, yellow birch was the first choice to create wagon wheels.

Although not the most popular choice of obtaining wintergreen (from birch twigs), the yellow birch can also be harvested to obtain this wonderful essential oil. Sweet birch is the variety of tree that has the strongest wintergreen scent and wintergreen flavor. 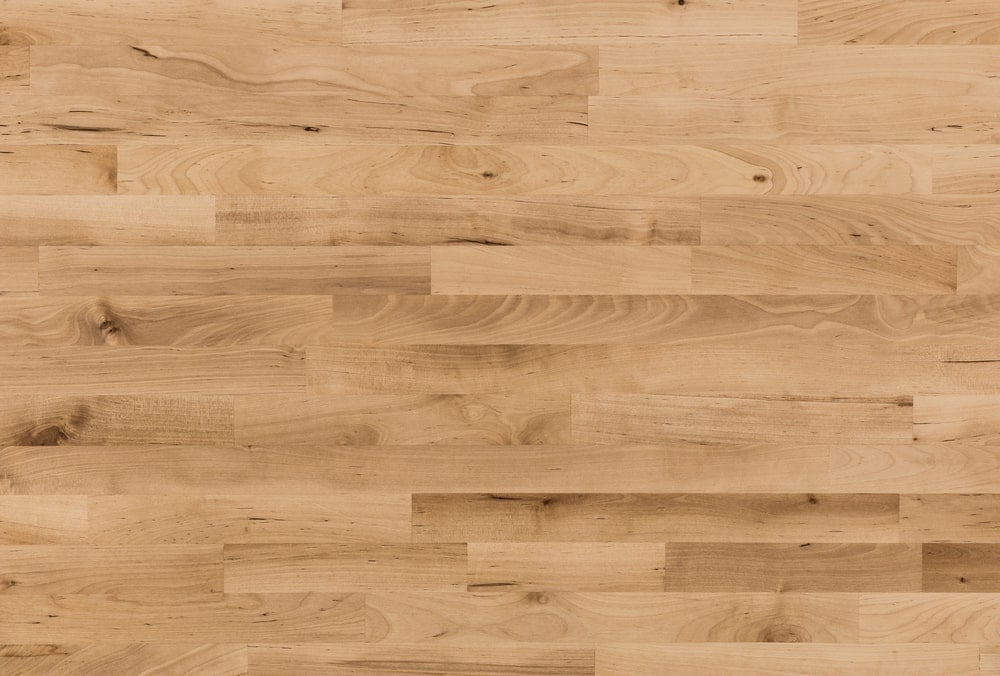 Yellow birches can also be tapped for sap, just like with sugar maples. With a far lower sugar content, it flows more viscously and results in a birch syrup more similar to molasses than maple syrup. (Which can then be made into birch beer!)

The bark taken from yellow birches can also be made its lodges, canoes, buckets, baskets, and dishes. 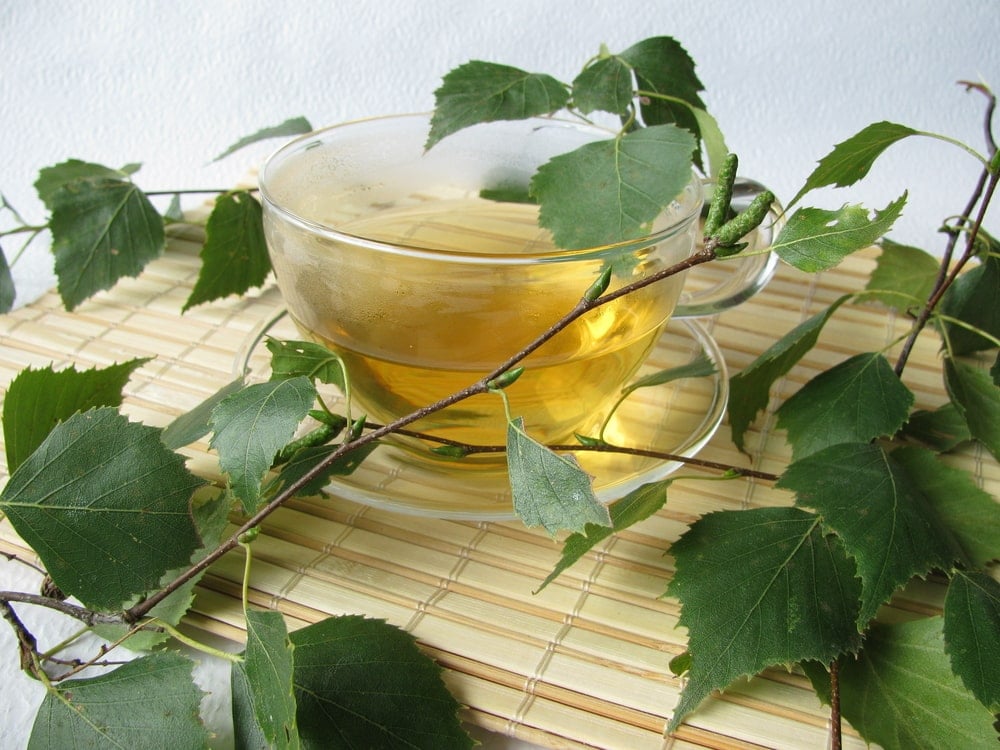 What is the Forest Ecology of a Yellow Birch Tree?

The seeds and buds are a preferred meal for rugged grouse and numerous species of songbirds. Yellow-bellied sapsuckers drill holes through the papery bark to access the yellow birch sap.

Broad winged hawks prefer to nest in the crown of yellow birch trees. Very rare lepidopteran species (moths and butterflies) such as the mourning cloak and dreamy duskwings feed on the foliage of yellow birches. 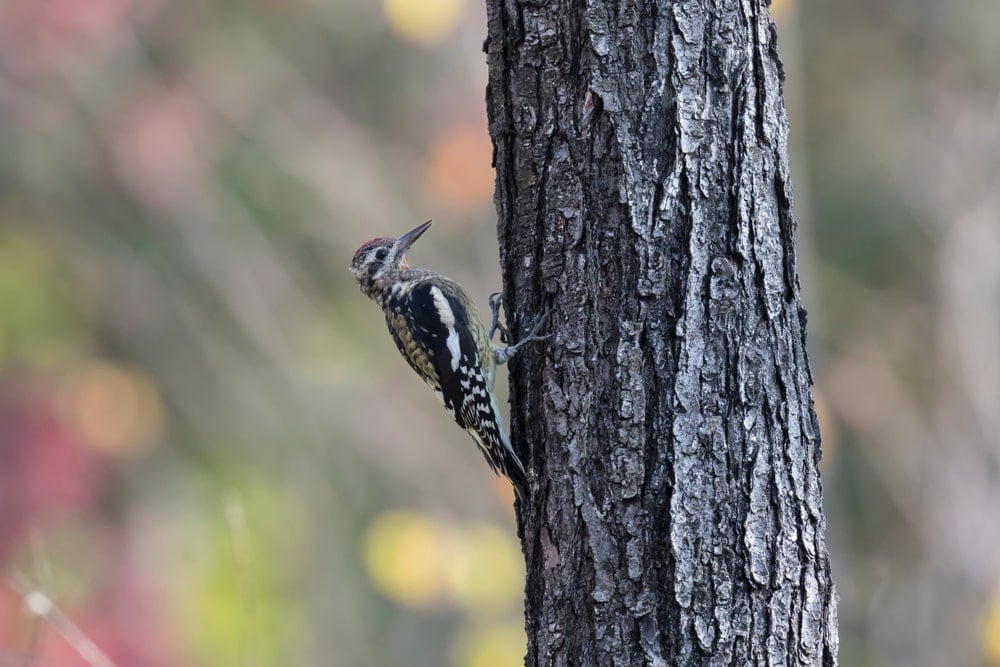 Yellow birches are one of the tallest trees of the Betula family, ranging anywhere from 20-30 meters in height.

When in the proper conditions, yellow birch trees can live up to 300 years old! That classifies them as part of the old growth community.

If they are not in ideal conditions, like regions that have very dry and hot summers, it’s possible that they’ll only live to be 30 years old. They haven’t even been able to reach reproductive maturity at that age.

Yellow birch tree wood makes for excellent firewood, as it is close grained allowing for a longer burn. Additionally, the outer and inner bark of the tree makes for an excellent fire starter as well.

Where do yellow birch trees grow?

Yellow birch trees are native to northeastern North America and can be found in rich forests, mountain slopes, and near swamps and streams. They need plenty of sunlight but not too much heat, and moderately moist, well-drained soils.

Is yellow birch a hardwood?

Yellow birch considered to be a medium to hard hardwood and is a staple part of lumber manufacturing in Canada. It’s important in the manufacturing of flooring, cabinetry, and other furniture pieces.

How do you identify a yellow birch tree?

What is the scientific name for a yellow birch?

The scientific term for a yellow birch is Betula alleghaniensis – which is a specific epithet meaning “of the Allegheny Mountains”.

What is the difference between white and yellow birch?

White birch or paper birch (Betula papyrifera) is a different species of birch tree than the yellow birch. The paper birch grows faster, lives less long, but they exist in different regions. Paper birch is also the birch tree that sheds the most amount of bark, whereas yellow birches stop shedding after they reach maturity and develop a harder shell of bark.

When a tree is deciduous, that means that part of its life cycle is to shed its leaves as the colder months approach. The leaves will be replaced by winter buds, which will then become spring flowers, which will then develop into summer fruits. Then those leaves will grow back green, and fade back to yellow and fall off.

So technically the leaves will not turn green again, as they have fallen off and died. But the replacement leaves will come back as green leaves.

What is the smallest birch tree?

The smallest variety of birch trees is the gray birch (Betula populifolia) that only grows to be around 9 meters tall, even in ideal conditions.

Does birch darken with age?

Always dependent on the variety of birch, some of their bark and wood will darken with age, and others will brighten with age. Most birch bark wood will begin life as a fresh, creamy green color, and either turn more creamily white as it matures, or it will develop a reddish-brown or even pink hue.

What is the difference between black birch trees and yellow birch trees?

Black birch (betula nigra) is simply a different variety of birch trees. It grows in a different region, has differently shaped leaves, and the color of its inner bark tends to be the darkest of all the birch trees — whereas yellow birches have a more bronze colored inner bark.

Birch trees are usually named after the characteristics of their bark, and their nicknames come from either place they grow (ie. river birch tree) or ways in which they are used (ie. canoe birch tree).