What is a Western Hemlock Tree? - Home Stratosphere Skip to content

The western hemlock tree, or sometimes the western hemlock spruce tree, is a tree that is native to the west coast of North America in very specific ranges. They are an integral member of the Pacific Northwest coastal forest ranges, where they are a very successful climax species.

Western hemlocks are the very largest of the hemlock species. Though they are a semi slow growing tree, they are incredibly long lived, with many members living to be over 1200 years old. The tallest known specimen of western hemlock is 82.83 meters, and it lives in the Prairie Creek Redwoods State Park in California. This tree is also the state tree of Washington.

If you’re feeling curious about trees, we’ve compiled an awesome list of 101 Types of Trees from around the world. You can learn about different hemlock tree species, fruit tree species, huge tree species, small tree species, and everything in between.

Hemlock trees, since they usually grow in rocky soils and regularly harsh climates, will develop two different types of root systems to help keep them both stable and well-fed. They will develop both a taproot and laterally spreading fibrous roots.

A taproot (which hemlock trees have in common with carrots, funnily enough) is one or several large roots that grow directly down into the earth. A hemlock tree will first develop this root system as a sapling grows. This helps keep the tree stable and allows it to access moisture reserves deep in the earth.

Once a healthy taproot is grown, fibrous roots will start to grow from the taproot. These roots are dense and wide-spreading. This helps keep the tree stable and upright against the sometimes harsh mountainous conditions that hemlocks usually grow in.

Western hemlocks are the largest hemlock tree species. These large trees can grow upwards of 50 to 70 meters in height, with an average trunk diameter of 2.7 meters. The most exceptionally large western hemlock is 82.32 meters tall!

Young trees have a very neat, conic, and broad crown. These tree crowns are known for having a drooping lead shoot, which is a key identifier of a hemlock tree. Another key identifier of hemlocks is their pendulous drooping branchlet tips.

A mature tree will have a more cylindrical crown shape, and it will have self pruned away the branches on the bottom half of the trunk.

Western hemlock bark is a dark brown color, peels away in thin sheets, and has distinguishable furrows throughout the bark.

Western hemlock trees are an evergreen tree species, meaning that their foliage will both remain green all year long, and persist throughout the year. There are some tree species that can keep the same foliage for over 10 years!

Western hemlocks have needle like leaves. They are less than an inch long with a finely serrated margin, a blunt apex, and are slightly flattened in a cross section. This makes them soft to the touch, unlike pine trees that can be quite prickly.

The western hemlock needle is dark green on the upper surface with an underside that possesses distinct white bands of stomata. These needles are arranged spirally along their shoots, and grow in 2 ranks on either side.

How do Western Hemlock Trees Reproduce?

Hemlock trees are monoecious, meaning that they possess both male cones (pollen cones) and female cones (seed cones). Though they are able to self pollinate, pollen will usually be dispersed to either a seed cone on the same tree, or a seed cone on a different tree.

Both seed cones and pollen cones are slender, have a cylindrical shape, and are pendulous on a branch. Cones are just over an inch long and have between 15 and 25 flexible scales. Immature cones are first green, and they eventually mature to a brown color about 5-7 months after their original pollination.

Pollen cones will open their scales to release pollen. The pollen is wind dispersed and enters the open scales of seed cones. The pollen will fertilize the ovule inside the seed cone, where the scales with then close as the western hemlock seed grows.

Once the cone and seed is mature, the scales will open once more for the seeds to be released. Mature seeds are slender and brown, with a pale brown wing to help with dispersal.

Western hemlocks will usually start to produce seed crops around 15 years of age, with their most productive crops occurring between the ages of 75 and 150. This may seem like a delayed reproductive start, but considering that these trees can usually live to be around 1200, it isn’t all that late!

What are some Other Species of Hemlock?

Carolina hemlocks are native to the Appalachian mountains of southwestern Virginia. They can commonly be found growing on rocky mountain slopes at high altitudes, between 700 and 1200 meters in altitude. They grow to be an average of 30 meters in height, and exceptional trees can be over 34.

Eastern hemlocks are some of the smaller species of hemlock trees. They are sometimes referred to as eastern hemlock spruce trees and are native to the northeastern parts of the United States. They can be found growing in ridges and ravines that receive high annual precipitation. They grow to be an average of 25-30 meters tall.

Where do Western Hemlock Trees Grow?

A western hemlock tree will always grow within 62 miles of the Pacific coast. They are a coastal native plant, and are closely associated with temperate rainforests of the Pacific Northwest.

Outside of their natural range, western hemlocks have been cultivated and naturalized in Great Britain, New Zealand, and many other temperate regions around the world.

What are the Growing Conditions of Western Hemlock Trees?

Western hemlocks prefer to grow in moist mineral soil that is well drained. They perform extremely well in soil that has a high level of organic decaying matter.

The western hemlock is a tree that is very closely associated with temperate rainforest climates. This means that they require very high levels of annual precipitation.

Slightly unusual for an evergreen conifer, the western hemlock tree is a very shade tolerant tree. They are known to exceed shade tolerance even by the western red cedar, Pacific yew and the Pacific silver fir.

A western hemlock seedling will often grow under the thick canopy of sitka spruce and Douglas fir trees. Here, they will wait, sometimes for decades, for the mature trees to die and for a spot in the coveted forest canopy to open up.

Thanks to this high level of patience, western hemlocks will often replace other conifers that are shade intolerant.

How are Western Hemlock Trees Used?

Western hemlock wood is softwood. It is a light cream color with a straight grain, and it is easily worked. Hemlock wood is very important in the lumber industry, timber industry, and paper pulp industry. This wood is also often used to create doors, furniture, and joinery as well.

Hemlock trees are known for having a tight knit symbiotic relationship with different fungi species, especially the chanterelle mushroom. This relationship is integral to the decay of organic plant matter on the forest floor.

The western hemlock is also used in forestry. They are planted along river banks to help reduce erosion, thanks to their woody and dense root systems.

Western hemlocks are popular ornamental trees in Europe, New Zealand, and in certain parts of North America as well. Thanks to their attractive needle color and interesting shape, they are used in gardens, parks, and as street trees.

Eating the inner bark of the western hemlock tree has been done by the First Nations folks of North America for centuries. The inner cambium layer is collected by scraping large slabs of bark. This can be eaten either raw, or pressed into bread!

It is also well known that young western hemlock needles are a great source of vitamin C. These can be eaten either raw or made into tea.

These animals also help disperse juniper seeds by digesting the cones and dispersing the seeds in their droppings.

How tall do western juniper trees get?

Western junipers are pretty small trees, and will grow to be anywhere between 5 and 15 meters in height. Some will call this a small tree, whereas others might refer to it as a large bush.

The largest western juniper on record live in Oregon, and it is only 24 meters tall with a trunk diameter of 5.5 meters! Though small compared to other tree species, that is one girth-y tree!

Western junipers can usually reach ages 800-1000 years old. The oldest known juniper tree, the Bennett Juniper, is said to be anywhere between 3000 and 6000 years old.

How deep do the roots of the western juniper tree go?

Juniper trees are known for possessing extremely well developed and wide spreading root systems. Since this tree species is known to grown in some pretty severe places, it’s a given that it will develop roots that can keep the tree alive in infertile soil, almost no water, and ample sunlight.

The western juniper will develop both lateral roots and a taproot. These massive lateral roots only grow within the top 30 inches of the soil, and they can sometimes extend farther than 3 times the width of of the tree canopy. A mature tree will start to develop thin surface roots from these roots to help the tree access nutrients in the top soil.

Western junipers will also develop a giant taproot. Usually taproots grow super deep into the soil, but that is not the case for the western juniper. Their taproot is actually shorter than the lateral roots are wide. Taproots help create stability, and help the tree access moisture reserves deep in the earth.

How do you identify a western juniper tree?

The western juniper tree has a very full crown with heavy lateral branches. A crown will have either a rounded or a pointed form, but the tree will always look as though the branches are heaving under the weight of their foliage.

Western juniper bark is quite furrowed and shreds away regularly. The bark is a distinct red/brown colour – one of the more identifiable characteristics of the juniper tree – and is rather thin on young trees, and grows to be much thicker on older trees.

This bark thickening helps mature trees protect themselves against fire damage, as that is a very common occurrence in the growing regions of juniper trees.

Western junipers are evergreen conifers, meaning that they possess cones and needles instead of flowers and broadleaves, and that their foliage will persist all year long.

Juvenile leaves (that only occur on very young seedlings) are more needle-like, and are 5-10mm long. Mature western junipers produce leaves in a scale-like form, and they are 1-2mm long.

They are arranged in opposite decussate pairs along a twig and they occur in whorls of tree. The scales are soft to the touch, have a noticeable scent, and are a lovely blue/green color – which is another identifiable characteristic on the juniper species.

What kind of soil do western juniper trees prefer?

The western juniper prefers dry rocky sites. These soils can be clay soils, rimrock, or rocky soils. The soil is usually very shallow and low in organic matter.

Where are juniper trees native to?

Juniperus occidentalis, or the western juniper tree, is a large shrub or small tree that is native to the western United States. Part of the cuprasseae family, this tree only grows at the high altitudes in the rocky mountains of the Pacific Northwest.

Are juniper and cypress the same?

Both cypress trees and juniper trees belong to the same botanical family, cupressaceae, though the are different species of tree from different genus’. 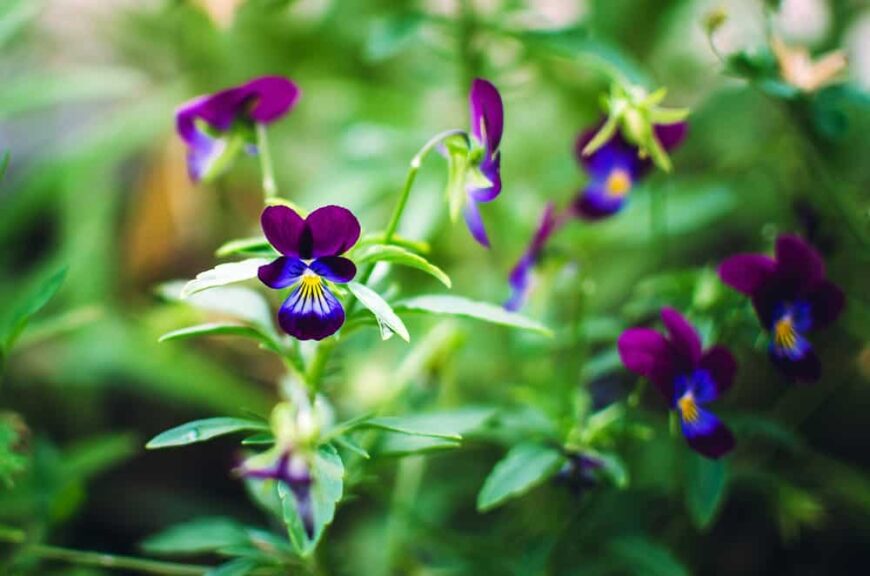 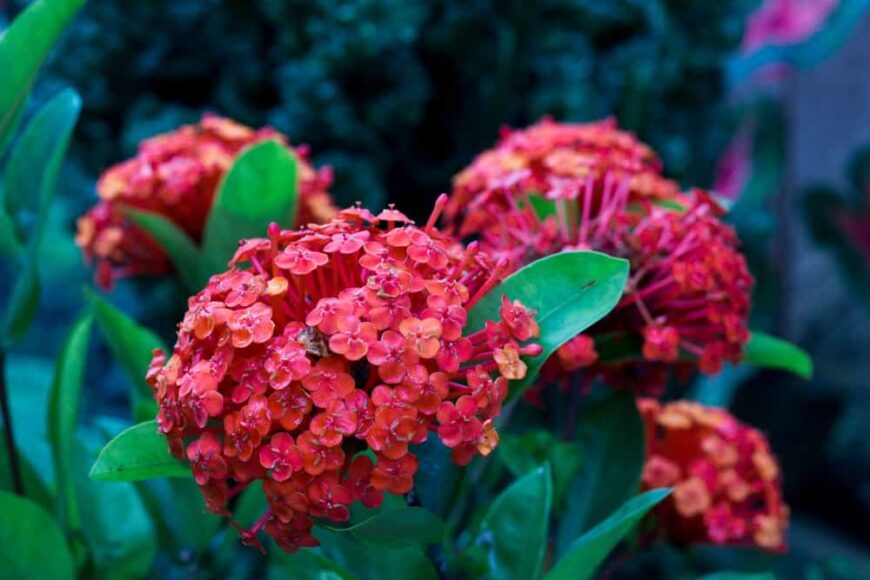