Here is everything you need to know about sweet birch trees, where they grow, what they look like, what are their many characteristics and how to utilize them. 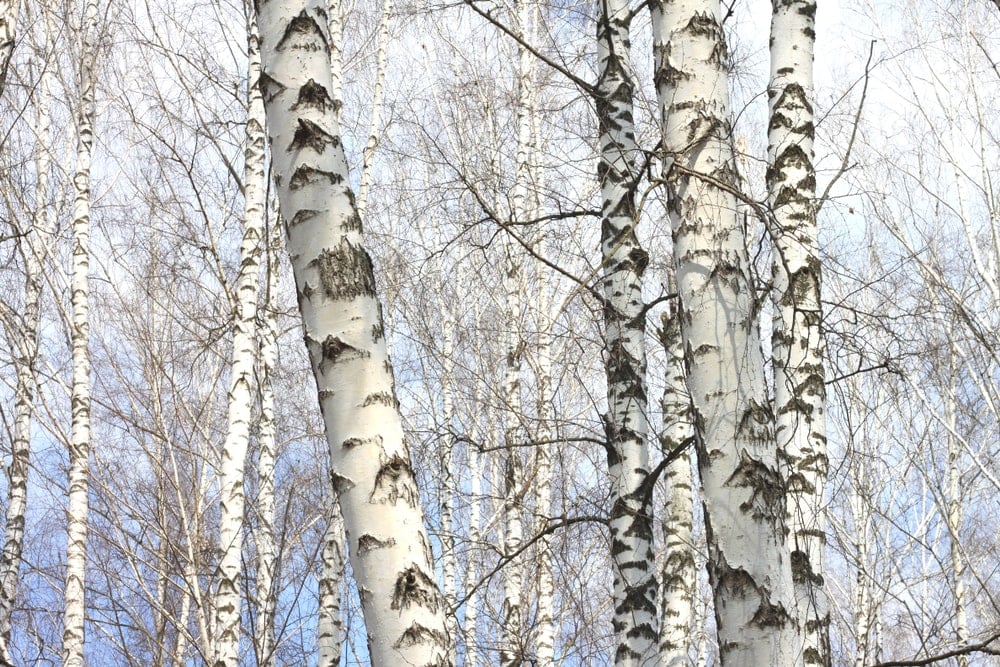 All from the genus Betula, many of them are very short-lived and fast-growing. Birchwood is easily workable, birch twigs make delicious tea, and from birch sap, you can even make birch syrup!

Sweet birches are a very remarkable tree because they can live to be part of an old-growth forest, they’re the first to arrive at the scene of a forest fire, and they sustain many living creatures.

Every day is a day to celebrate trees, so go ahead and visit our huge list of 101 Types of Trees from around the world after you stick around to learn about the sweet birch tree!

Like all other tree species, the sweet birch comes with many nicknames: black birch, river birch, cherry birch, mahogany birch, canoe birch, and water birch. This thin, deciduous tree grows to be the oldest out of all of its birch siblings: the oldest sweet birch on record is 368! Almost all other birches barely make it past the age of 70. 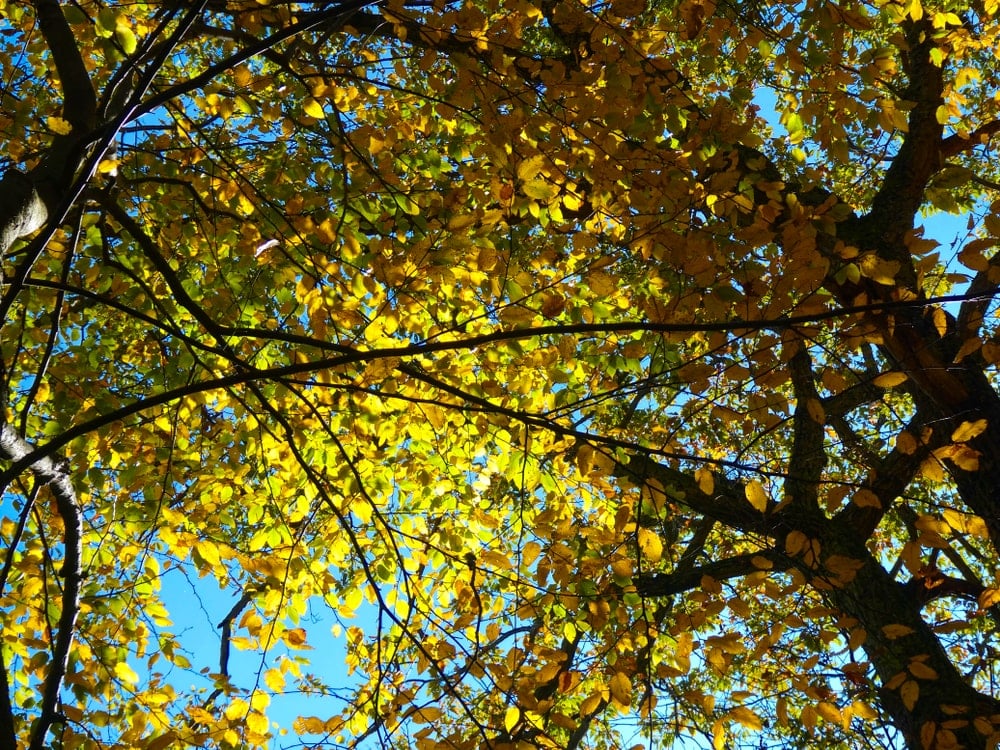 All birches are known as “pioneer species”. This means that whenever there is a big disturbance, like a flood, a forest fire, or a heavy wind storm that takes out a vast portion of a forest, birch trees are the first tree to germinate in the forest and repopulate. This is essential to help recover damaged forest areas.

How is this possible? Because sweet birch seeds are so tiny and light that a light breeze can pick them up and carry them away. Sweet birches are also self-pollinating, so they can repopulate even if there is a lack of pollinators in an area. Sweet birches are true thrivers and survivors.

Characteristic of most birch trees, the sweet birch is equipped with very smooth and white bark. Sweet birch bark on a young tree has prominent horizontal lenticels that peel off like sheets of paper, whereas a mature tree will develop vertical cracks, revealing the dark inner bark below.

The crowns of sweet birch trees are irregularly shaped with slender branches that aren’t grown very densely together. This makes them not an ideal shade tree. This also means that they are rather shade-intolerant, as all of their leaves need to access energy from the sun. 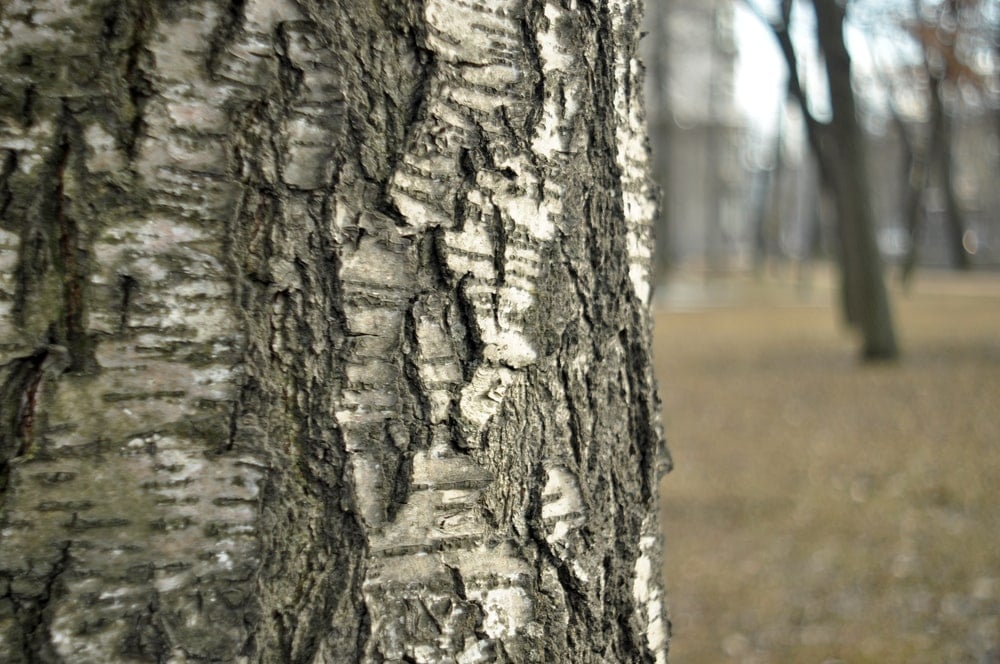 At the ends of these branches, grows the birch twig. When scratched or snapped, birch twigs have a very strong wintergreen scent (and wintergreen flavor too!) The twigs and leaves are what people make birch tree tea from.

The leaf of a sweet birch tree has alternately set leaflets, occurring in ovate shapes ranging 2-4 inches long. Birch leaves possess a finely serrated edge, and when fall time comes around, they blaze up into a stunning golden yellow.

How do Sweet Birch Trees Reproduce?

Both male flowers and female flowers occur on all birch trees, meaning that they can be simply wind-pollinated. Another term for bisexual trees is monoecious. However, the flowers may not appear as flowers to the untrained eye. They start to sprout in late summer.

They are referred to as staminate catkins and they are slim clusters of flowers that have either indistinct or no petals at all. Male catkins are pendulous, meaning that they droop down, and female catkins stand erect. Once fruit matures in the fall they are composed of many tiny winged seeds that stay put in between catkin bracts. Once the wind blows, so do the small seeds.

For sweet birches, seed production is the most prolific during the ages of 40-200 years old, but it sometimes occurs in trees that are under 15. Since so many seeds are produced and they are so light, the wind carries them to far-reaching places. Without hard shells, many of them get eaten, but many of them also have the opportunity to germinate quite quickly. This is why they are referred to as pioneer species.

Where do Sweet Birch Trees Grow? 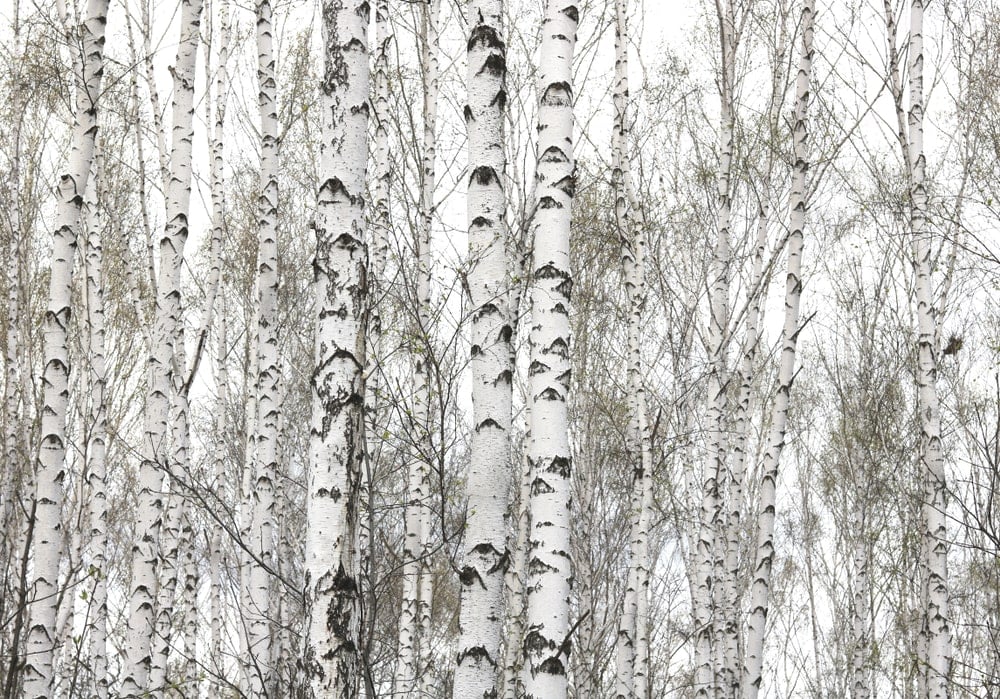 Of many of the varieties of birch trees, the sweet birch is far more tolerant of changing and more drastic climates. They grow in regions that aren’t too hot or cold (usually mesic forests) and that doesn’t get too wet or too dry.

The regions that contain these conditions in North America are:

How are Sweet Birch Trees Used?

Sweet birch tree wood is extremely heavy at 47 pounds per foot! It is sturdy, fine, and close-grained. It is so similar to yellow birch wood that there’s nearly no way to tell them apart. The wood is mostly used in millwork, furniture making, and cabinetry. 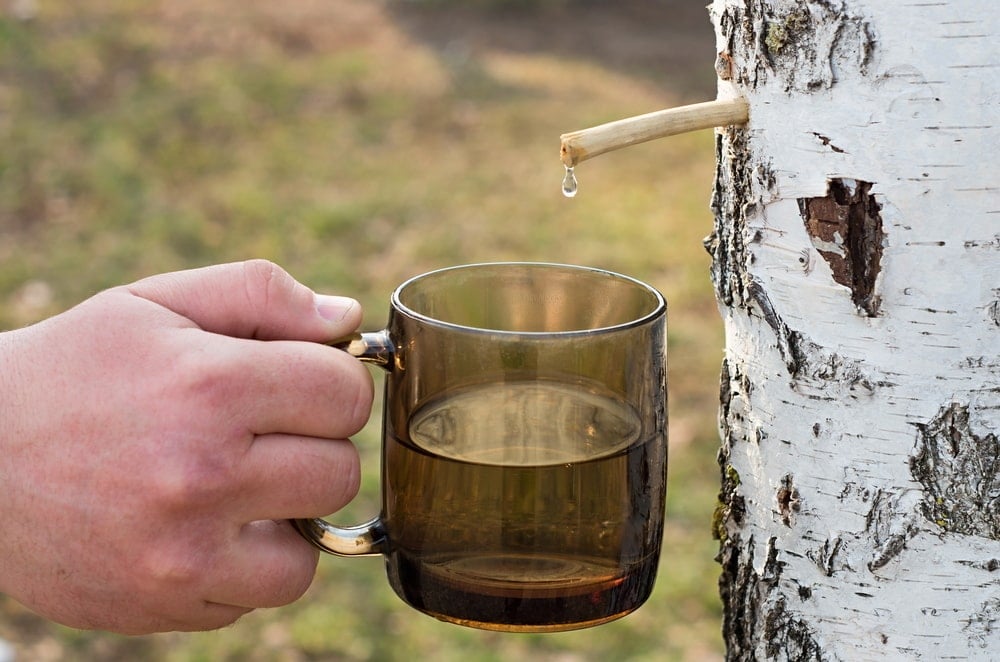 Many don’t know this, but birch trees can also be tapped to obtain their sap, just like the sugar maple! They are tapped in the same way, but due to the lower sugar content of birch trees, it is much more viscous. The sweet birch tree sap is then boiled to remove all water content, but what is left is a less potent birch syrup, more similar to molasses. Which can then be made into birch beer!

At one point in time, sweet birch trees were heavily harvested to obtain their wintergreen essential oil (otherwise known as methyl salicylate). They almost became endangered in the 60’s thanks to over-harvesting, but luckily folks found a way to make artificial wintergreen, not taken from birch twigs.

Where are sweet birch trees found?

Sweet birch trees are a plant native to eastern North America in Maine and Western Ontario. They also occur in the southern Appalachian mountains, but far less prevalently.

How do you identify a sweet birch tree?

It is rather difficult to distinguish birch trees from one another, but a good way to identify a sweet birch is by peeling back its bark. If there are darker and darker layers of paper-y bark below, there’s a good chance that it’s a sweet birch.

The sweet birch is definitely the oldest living tree out of the birch family. Whereas others barely make it past the age of 70, sweet birch trees can live to be almost 350 years old. The oldest one known today is 386.

Why do sweet birch trees have black streaks on their trunks?

The black streaks on birch trees simply indicate that it is an older tree. When the tree is young, the pale bark will still peel back horizontally to reveal the layers underneath. But as the tree ages, it develops vertical cracks into irregular shapes that reveal dark brown wood underneath.

Is sweet birch a hardwood?

Sweet birch is considered to be a medium hardwood.

Because sweet birch contains so much oil, it is actually excellent firewood even the wood is wet. However, because it’s so good at retaining moisture, it does rot easily.

How do you make sweet birch tea?

Sweet birch tea can be made by taking the twigs and leaves of a birch tree and boiling them. Folks will often add some sweet birch sap or syrup as well to add some sweetness.

What are the disadvantages of birch wood?

Birchwood tends to absorb a lot of moisture, and so rots rather easily. Additionally, the wood of the tree isn’t very strong or flexible, and so it is not uncommon for birch tree trunks to snap under wind pressure.

What is the life expectancy of a sweet birch tree?

Sweet birch trees when in the right conditions, will grow to be anywhere from 150-350 years old. They are the oldest possible variety of birch trees.

What is the difference between sweet birch and silver birch?

The differences between different birch trees are the color of their bark and the regions that they grow in. Additionally, they grow at different rates, and their life expectancy varies greatly.

The difference between Betula nigra and silver birch is most distinctly the color of their bark.

In the 1980s, an overwhelming infestation of gypsy moths overtook many forests in the north eastern forests in the United States. They killed many trees, most of which were wooly hemlocks and dogwoods. Out of all of the trees that were killed, they were all replaced with sweet birches.

Nowadays, the sweet birch is more vulnerable to a pest called the bronze birch borer. A nasty little beetle that strips away its protective layer to reveal the inner bark, which can then be infected by various species of fungi. The Birch leafminer is another pest that all birches struggle with.