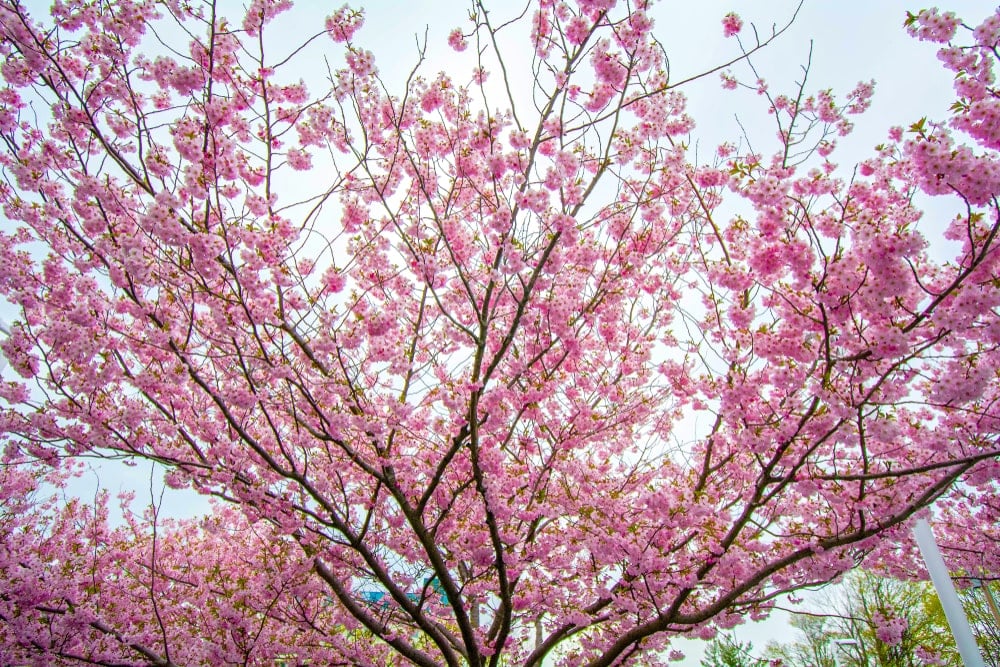 We’ve all been there when we’ve eaten so many cherries that our stomachs ache. Turns out, this is exactly what the cherry tree had in mind. Their fruits are designed to entice all sorts of creatures, from bugs to birds, to boys.

A lesser-known and far shorty variety of cherry tree species, the pin cherry tree is equally cool and resilient. So stick around, sit down with a bowl of cherries, and get into the celebration of the cherry tree.

Interested in other types of trees? We’ve got you covered: 101 Types of Trees.

The pin cherry tree is also known as bird cherry, wild red cherry, and fire cherry. It was granted the nickname “fire cherry” since small shrubs explode in areas that have experienced a forest fire. The type of growth qualifies a plant as being a pioneer species. This means that they are one of the first plants to repopulate an area that has experienced a severe disturbance, but more on that later.

Pin cherry trees are such a small fruit tree that they’re sometimes considered shrubs, and they are a deciduous tree. They are very quick to grow, but also quick to die, as their lifespan ranges anywhere from 20-40 years.

Part of the genus prunus, the pin cherry tree is in the same family as the plum, apricot, nectarine, and peach. Some other cherry trees closely related are the black cherry tree (prunus serotina) and the chokecherry tree (Prunus virginiana). 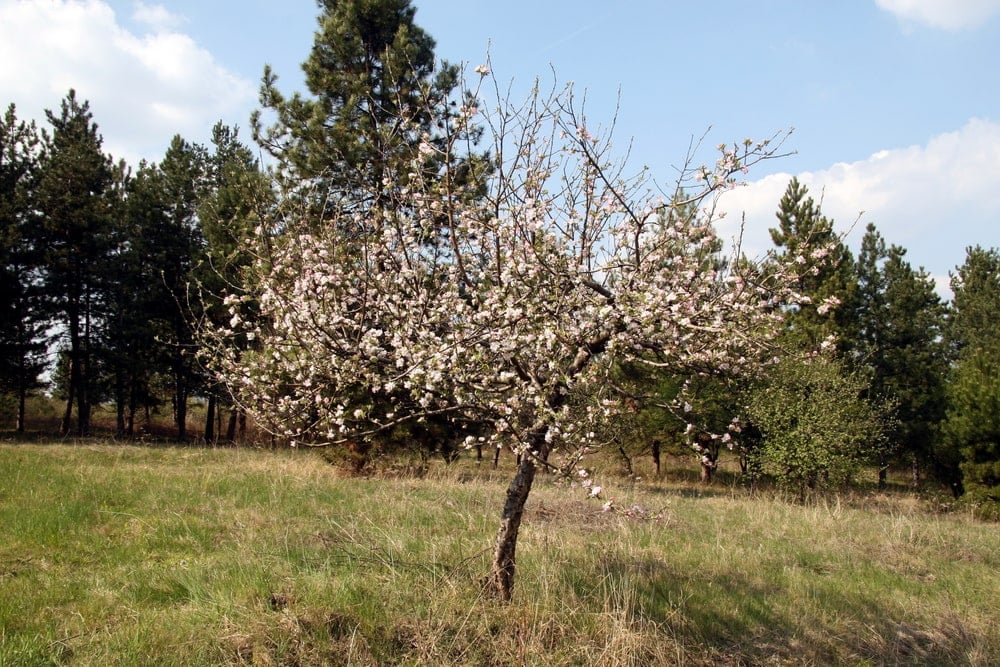 The pin cherry tree is a short little tree, with a straight and narrow trunk that grows up into a rounded crown. The branches of a pin cherry tree grow horizontally and are quite delicate. They are easily broken by a wind storm, and if too much snow ever accumulates on the branches, this will also cause them to snap.

Pin cherry bark is finely textured. A young tree will have light red-yellow bark, and an old tree will have a rougher textured, dark red-brown bark. Inner bark will be more lightly colored than the outer bark. The twigs of a pin cherry tree are very aromatic, are bright red in color, and have a shiny sheen to them.

An average pin cherry tree will grow to be anywhere between 5-15 meters in height, and its root system in quite shallow and grows laterally. A pin cherry leaf is quite thin and feeble, ranging from 2-4 inches long, without many distinct characteristics.

Pin cherry leaves contain a small amount of a compound called cyanide, which has a mild aroma of almond. This is a chemical that many trees produce to help combat over-munching herbivores. However, when a twig is eaten in excess, it can be quite detrimental to livestock.

Pin cherry trees produce tight clusters of small, white flowers. Each flower is bisexual in nature (meaning it possesses both male and female characteristics), and so the tree is able to self pollinate. In the late summer, dark, fruit drupe will grow that is very deep red and rather small. 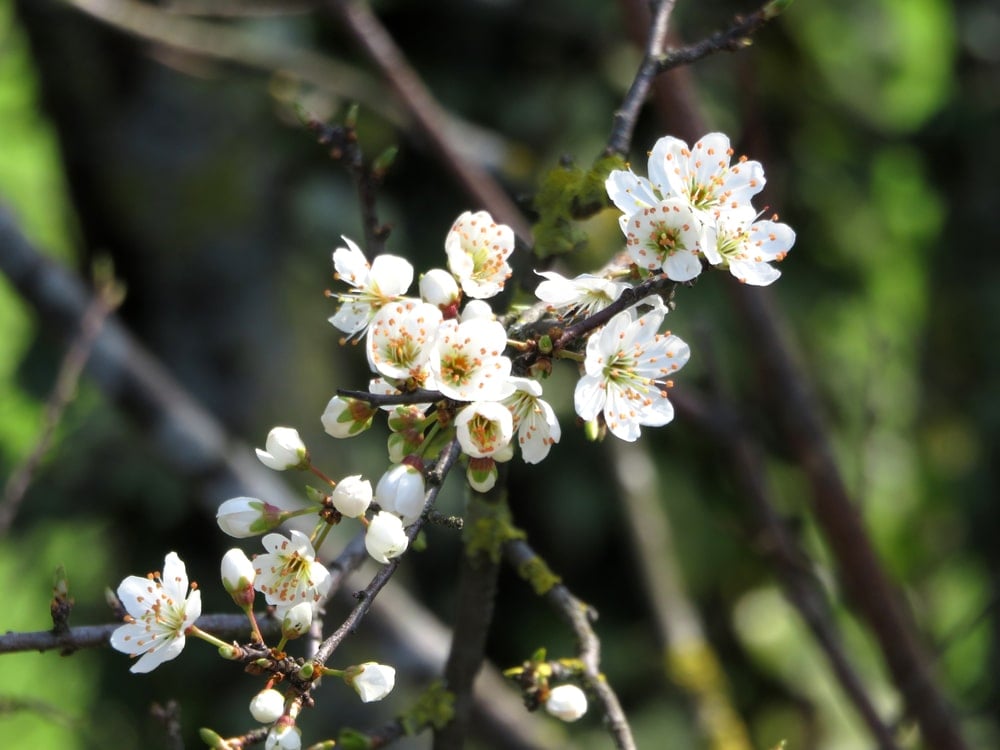 Where do Pin Cherry Trees Grow?

Pin cherry trees are native to the United States and Canada, and can be found in the following provinces and states:

Although the pin cherry is a rather small tree when in the exact right conditions, it can grow to be about 30 meters tall. This has occurred in both the southern Appalachians and the western slopes of the Great Smokey Mountains within northern hardwood forests.

What are the Growing Conditions of Pin Cherry Trees?

The previously mentioned regions all have environmental characteristics in common. The pin cherry tree requires moderate amounts of precipitation, but dry soil. The soil should have a neutral pH level, and be fairly well-drained.

Pin cherry trees love to have full sunlight, and will not perform well in areas that have a competitive forest canopy — because they are just so darn short, they are completely shaded intolerant. They also can’t live in areas that have too many ice storms, as the weight of ice on its branches will cause them to snap. 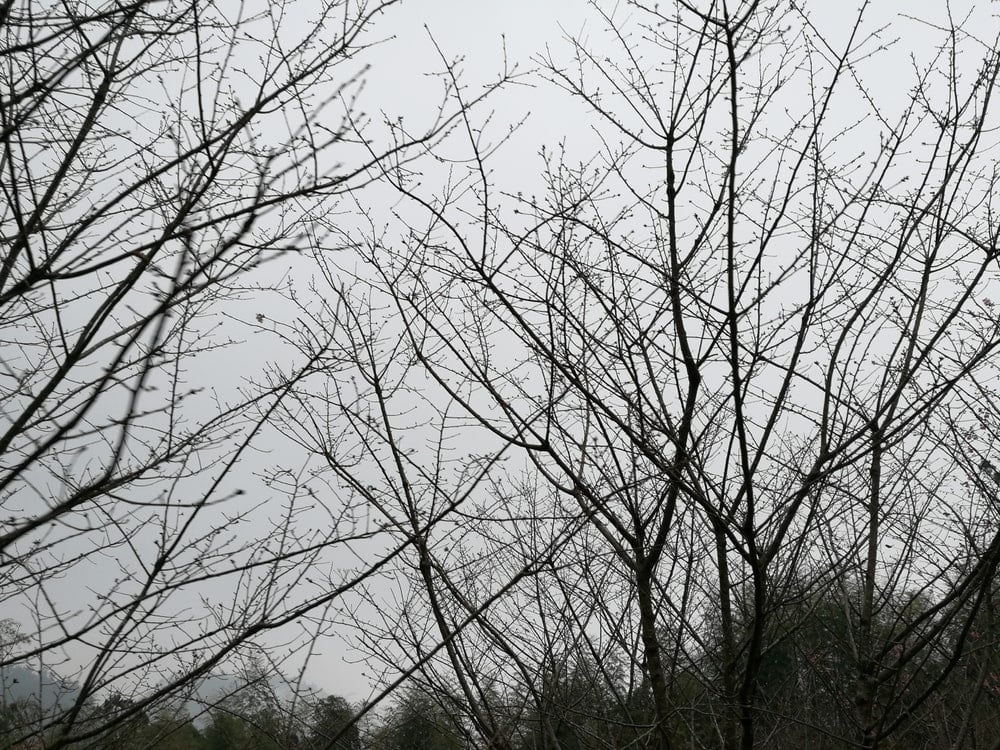 How do Pin Cherry Trees Reproduce?

The flowers of pin cherry trees are bisexual, and so they are either able to self pollinate, or be pollinated by insects. The way in which their seeds are dispersed is through a very clever reproductive strategy: by attracting insects, birds, and animals with deliciously scented fruit, the diners will then distribute the pin cherry seed far and wide through their excrement.

These seeds can remain viable in all kinds of soils, for many years. Some seeds may actually lay dormant for 50-100 years before germination. These surplus’ of viable seeds end up accumulating into seed banks, where a single pin cherry seedling will then explode into thickets.

This is particularly helpful in areas that have experienced a forest fire — this is where its duties as a pioneer species come into play. These dormant seed banks are actually able to survive severe forest fires, as they are protected by soil cover. Once the fire has settled, the consequent ash provides the perfect nutrients for pin cherry seedlings to sprout.

This is not only a very useful resource for damaged forest areas, but it is a way in which pin cherries are able to protect themselves as a species — as they are nowhere near being endangered. Even if an entire generation of pin cherry trees was to perish, they would survive through their offspring seed bank. 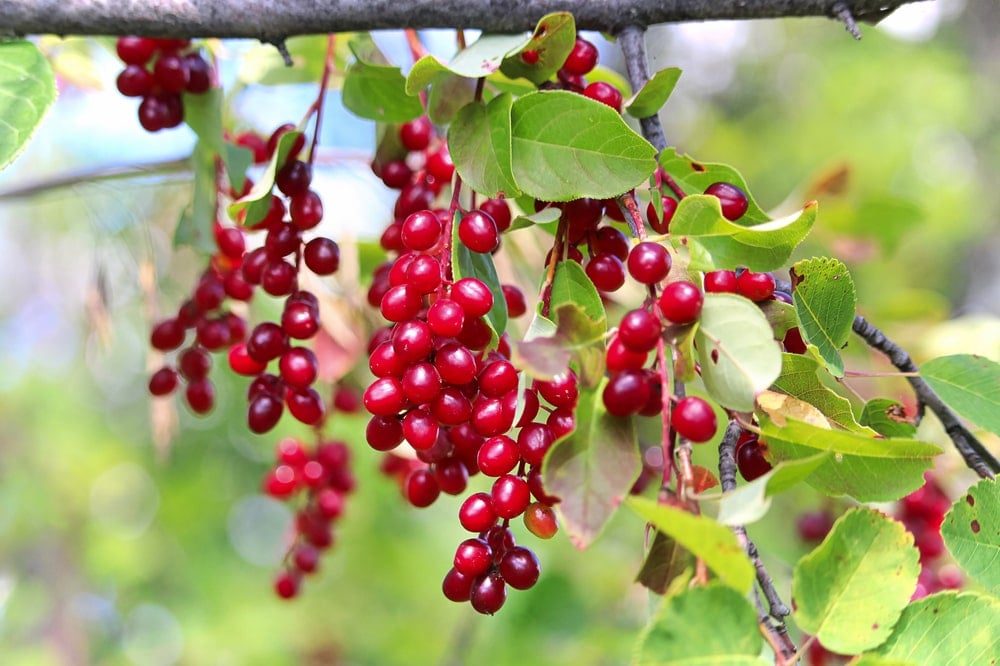 How are Pin Cherry Trees Used?

Since these trees are so short, fast-growing, and short-lived, the wood of the pin cherry tree is not of high quality. When a tree is fast to grow, it doesn’t have the time to establish a strong and sturdy trunk. This makes for pin cherry wood that is weak, soft, and pretty much useless to work with.

For this reason, the pin cherry tree is barely used commercially. The pin cherry fruit is edible, but it is not the most delicious variety of the genus prunus. However, the pin cherries are still harvested in small amounts, and either eaten raw or turned into jams jellies, and preserves.

When it comes to contributing to forest life, the foliage, bark, and fruit of the pin cherry tree are essential to many an insect, bird, like the ruffed grouse, and mammal species. Specifically, in boreal forests and the great lakes areas, moose are dependent on pin cherry bark to see them through the cold and harsh winters.

There are also many lepidopteran species (moths and butterflies) that use pin cherry trees as a habitat, and caterpillars that munch down on the foliage — sometimes to the detriment of the health of the tree.

Pin cherries are edible, but they are by no means a choice variety of cherry. Its siblings the black cherry, red cherry, or sweet cherry are much larger, more flavorful, and used on a commercial level. However, there would be no harm in foraging for pin cherries and making them into a jam.

How do you identify a pin cherry tree?

Pin cherries are most easily identified by their very red-hued, soft bark, and of course the cherries that they produce in the later summer. Pin cherry trees are so small that they can be considered as a shrub, making them easy to tell apart from other types of cherry trees.

The pin cherry tree is a very fast-growing, and short-lived tree. When in the exact right conditions, they can live to be up to 40 years. If the conditions aren’t exactly right, their life expectancy can be closer to 20 years or younger.

A pin cherry tree will usually grow to heights of about 5-15 meters tall. They are rather short and are sometimes named a shrub. However, in the southern Appalachian Mountains and on the slopes of the Great Smokey Mountains, there are some trees that are said to be over 30 meters tall. This height is a very rare occurrence.

Cyanide is a chemical that certain types of plants and trees produce in order to protect themselves against animals that may be eating its foliage too generously. Although it smells slightly of almond, it is capable of making an animal ill. The traces of cyanide in cherry tree stems is very slight.

What’s the difference between a pin cherry and chokecherry?

Both pin cherries and chokecherries are part of the sour cherry category. Pin cherries are smaller and darker in color, and although their flavor is more tolerable when eaten raw, chokecherry (Prunus virginiana) jam exceeds pin cherry jam.

How long does it take a pin cherry tree to bear fruit?

Since pin cherry trees are so short-lived and fast-growing, they become sexually mature at a younger age. When a wild cherry is able to bear fruit after 2 years, its cousin, the black cherry tree, may not be able to produce fruit until it is 10 years old.

Since pin cherry wood is essentially useless in any sort of decorative manufacturing sense, the wood is actually best used as firewood. Although it is rather soft and tends to burn up quite quickly.