All part of the Betula family, the paper birch tree has many siblings. Silver birch, yellow birch, gray birch, sweet birch, black birch, or the river birch tree, are all a set of very impressive tree species.

They have many similarities: they can produce sap just like the sugar maple (which can then make birch syrup), they all have relatively white bark, their flowers are catkin, and they are all the first to repopulate an area devastated by a forest fire.

The paper birch is an easily recognizable plant due to its papery sheets of bark that peel away in impressive layers. Read on to find out more details regarding the incredible paper birch tree (Betula papyrifera).

We’ve been celebrating all types of trees in our giant article 101 Types of Trees from around the world, so if you’re curious about other kinds of birches or other trees, check it out!

This is a medium-sized deciduous tree that will grow to be an average of 20 meters tall with a 30-inch diameter of the trunk. When growing freely in the forest, they will be one long slender trunk with a small ball of a crown, but when grown in urban landscapes they’ll develop multiple trunks or branches closer to the ground.

Member of the Pioneer Species

All birch trees are known as pioneer species. When horrible disturbances occur in a forest, such as an avalanche, forest fire, or heavy wind storm, paper birches are the first tree to arrive at the scene of the crime and germinates the area.

They’ve adapted to areas that experience forest fires every 50-150 years. However, finding them in mature forests is a very rare occurrence, as they are not able to compete with older, taller standing trees for a place in the forest canopy.

Paper birch trees are so comfortable in fire-prone areas because their crowns aren’t particularly flammable due to very high moisture content. Usually, forest fires stop in their tracks once they reach a stand a paper birch trees — they’re like natural firefighters! 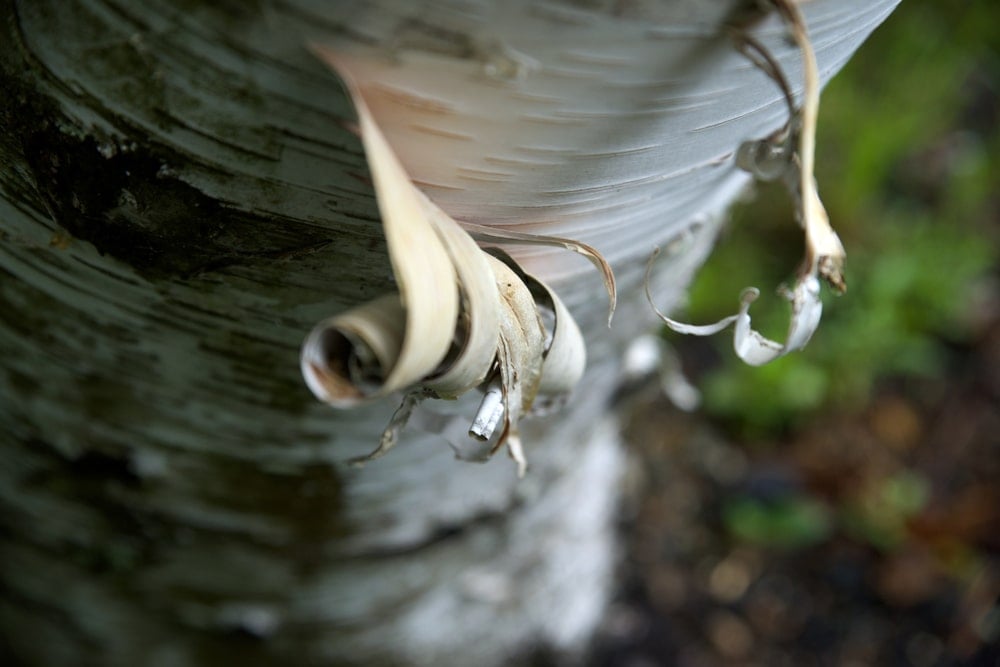 When a young tree, the paper birch is rather difficult to distinguish from other species of birch. When the tree is younger than 5 years old, its bark is a reddish-brown color with white horizontal lenticels. Older trees will start to grow pale in color, and the bark will peel away in papery sheets.

The leaves of paper birch trees are smooth, dark green on the top side and lighter green on the bottom side of the leaf. The lower side also has pubescent hairs along the veins – which are fuzzy little hairs. They are ovate to the triangle in shape that meets in a pointed tip, the edge of the leaf is serrated with sharp teeth (ouchie). They turn a burning yellow in the fall. 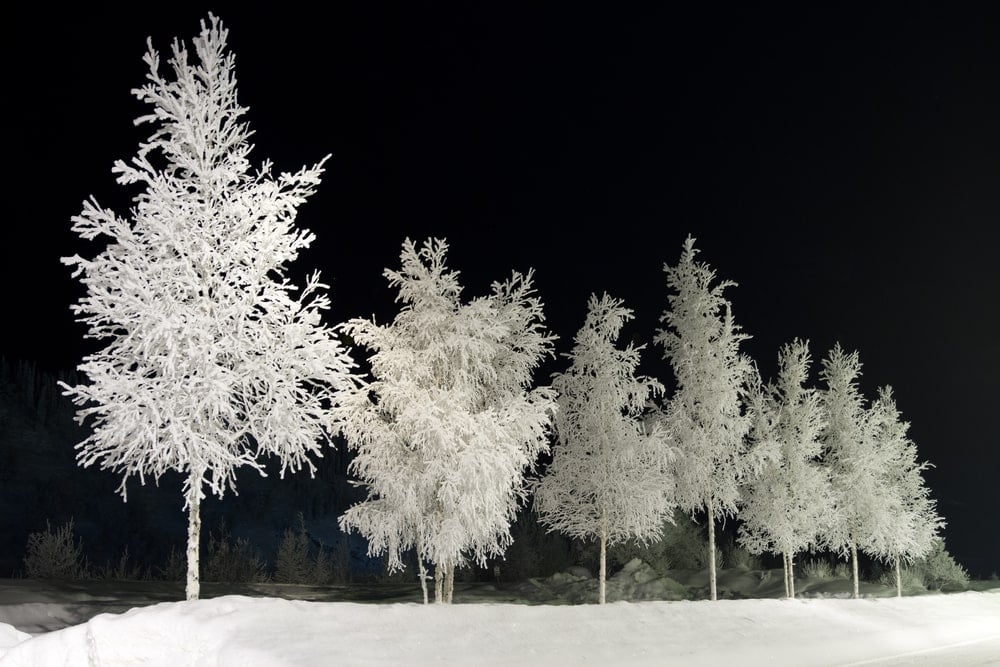 Why do Paper Birch Trees Peel their Bark?

As a paper birch tree ages, it will shed off its outer layers of bark, much like a snake sheds its skin as it grows. Another reason why paper birch trees peel is that that is another way in which they are able to photosynthesize. By peeling off the top layers of paper birch bark, it removes any lichen or moss, or other sun-blocking things that may inhibit its photosynthesis. 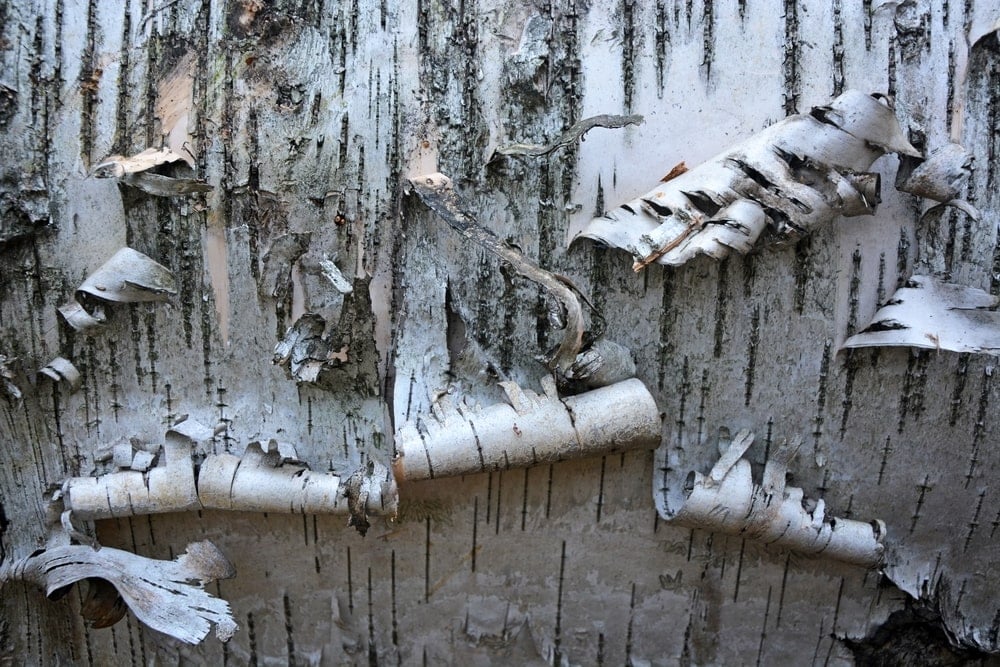 What Regions do Paper Birch Trees Grow in?

Like many types of birches, the paper birch is also confined to life in the colder microclimates of North America, but they are prevalent in many provinces and states. In Canada, they grow in every province except for Nunavut. In America, they grow all over New York, Washington, North Carolina, New Mexico, Colorado, and Pennsylvania.

When paper birch trees are found in eastern and central regions of North America, they’ll often be found growing alongside balsam firs, big-toothed aspens, all kinds of maples, yellow birches, and red spruce trees. In the most northern climates, like in Alaska, they’ll grow in their own stands of pure paper birches.

There are all in the USDA zone 6+, and even though these are the ideal conditions for paper birches, they still only live to be about 30-70 years old. That’s rather young considering that their sibling, the sweet birch, can live to be over 350 years old.

What are the Growing Conditions of Paper Birch Trees?

Paper birches can grow in many different kinds of soils. All the way from flat muskegs of boreal forests, to the steep and rocky outcrops of the mountains. However, they show the best and quickest growth when they’re in very well-drained and moist soil.

This variety of birch is completely intolerant to high humidity and high heat and will have an even shorter life in areas that experience drastic seasonal temperatures. They explode into life as soon as early spring comes around after remaining rather dormant through the winter months. 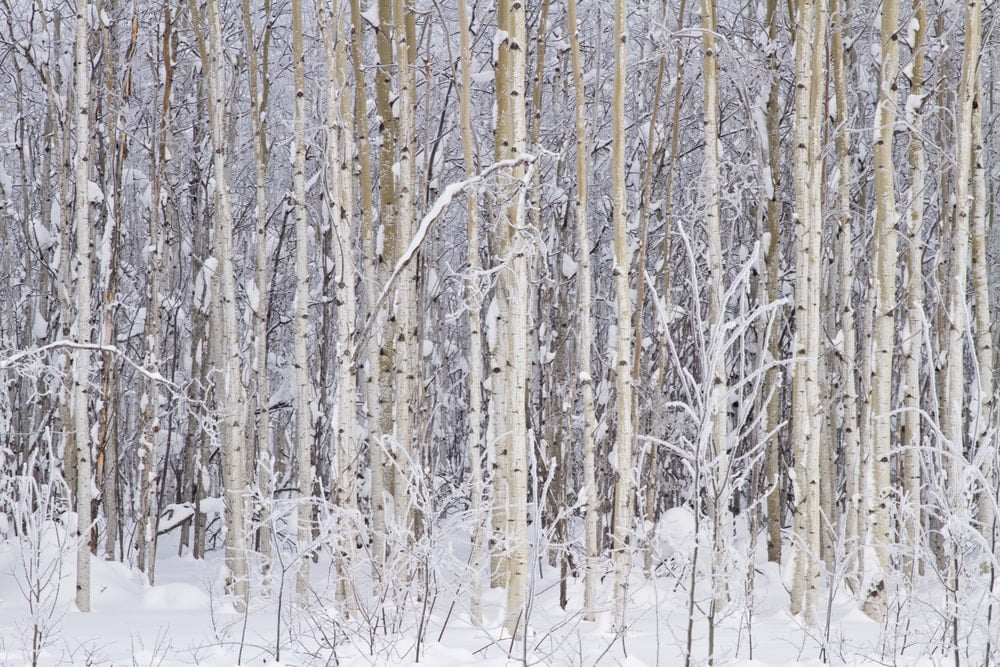 How do Paper Birch Trees Reproduce?

Paper birch trees are monoecious, meaning that they possess both male flowers and female flowers. The flowers themselves are barely recognizable as flowers because they are tiny clusters of stems with indistinct petals at the end. These are called catkins. The male catkin is pendulous (drooping) and the female catkins stand erect.

This makes paper birch trees self-pollinating, or wind-pollinated. The pollen blows out of the drooping male catkins and pollinates the female catkins. The paper birch tree matures in the fall and produces miniature winged seeds. They will usually fall from April to June.

A paper birch seed is so lightweight and such an efficient flyer, that they are able to travel to far places. With a lack of a hard shell, a birch seed is able to experience germination very quickly. The characteristics of their reproduction method are what makes them a pioneer species.

A tree of over 15 years old will start to start producing seeds, but its peak seed production age is anywhere between 40-70 years old. Seeing as they don’t usually grow to be that old, they don’t have all that many seed-producing years. Thankfully, many of their tiny seeds are able to successfully turn into seedlings, and then saplings. 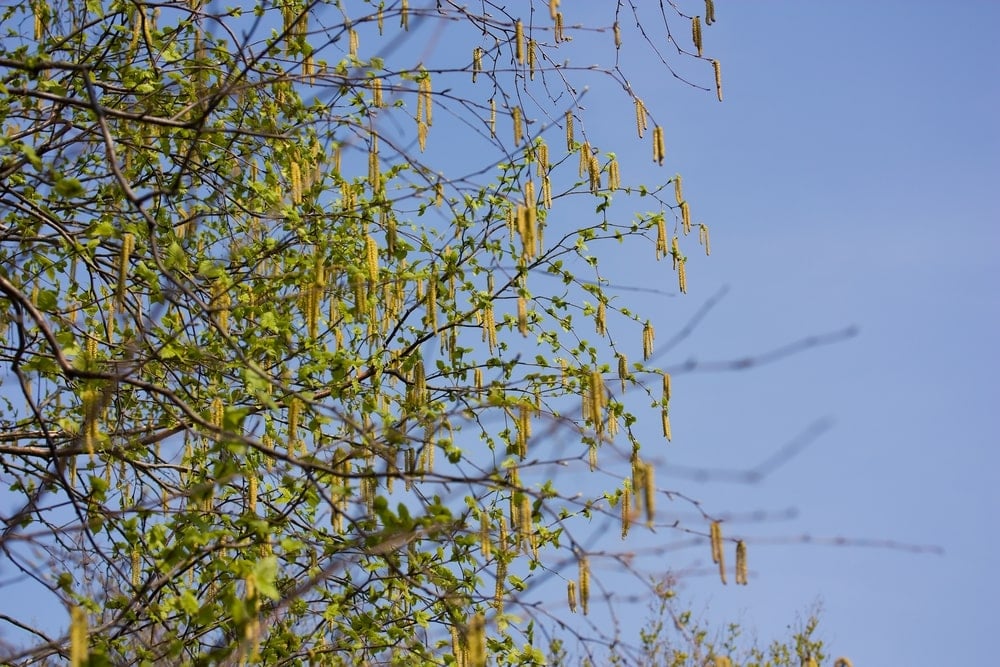 How is Paper Birch Wood Used?

Traditionally, paper birch trees were used as writing material, and medicinally as well. Birch trees are responsible for the essential oil wintergreen, and the twigs and leaves of the paper birch can be used to make an herbal tea.

The wood of paper birch trees is very flammable due to its high oil content, and it makes for excellent firewood, even if the forest is completely drenched. The wood is also used to make pulpwood.

If you’ve been wondering about why the paper birch has been nicknamed canoe birch, that is because Native American people create a birch bark canoe out of the entire paper birch trunk. 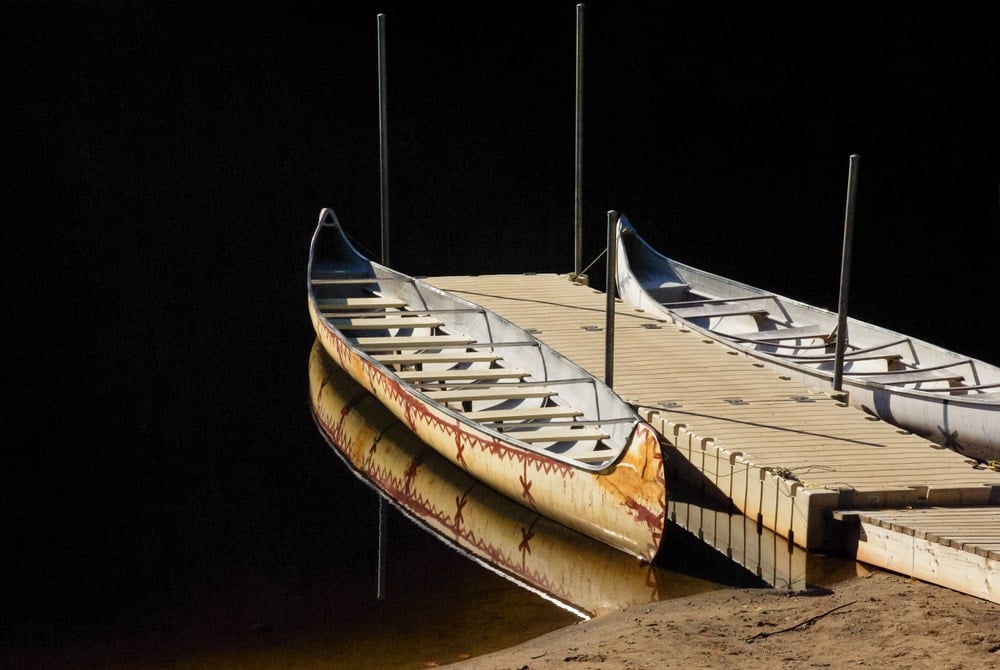 Paper birches are an extremely important source of food for many forest-dwelling creatures. All aspects of the paper birch are eaten by one species or another.

The paperbark is one of the only food sources that a moose will have access to during the long and harsh winter months. There are next to no nutrients in the bark, but they do have large quantities of lignin. Although it is difficult to digest, there is so much paper birch that it ends up being a semi-sustaining meal for the moose.

The seedlings are eaten by snowshoe hares, voles, redpolls, and chickadees. Beavers and porcupines prefer to feast on the inner bark, and grouse enjoy eating paper birch buds.

Seeing as paper birch trees are constantly shedding several layers of their papery sheets of bark, they may be considered as messy landscaping trees or as a tree for your garden.

Paper birch trees live fast and die young, as they say. They can grow anywhere from 0.5-1 meter in height per year, and reach their full size around the age of fifteen.

Why do paper birch trees peel?

Because they photosynthesize through their inner bark layers. This is how they are able to survive through the cold winters.

The life expectancy of paper birch trees is anywhere from 30-70 years old, depending on their growing conditions. If you observe the regions they grow in and why they grow there, you might observe their purpose as being essential to the reestablishment of a forest after a devastating forest fire occurs.

Can you prune a paper birch tree?

It is not advisable to prune paper birch trees at any time other than mid-summer. This is because any cut you make will start to ooze paper birch sap and be a disastrous mess.

If paper birches are in a landscaped setting, it is okay to prune any branches that seem to be wounded or sick, as that is detrimental to the overall health of the tree.

Why do paper birch trees flower after many years of growth?

How tall do paper birch trees get?

A paper birch tree is a medium-sized tree, growing anywhere from 15-20 meters in height.

Why does my paper birch have yellow leaves?

If your paper birch tree has yellow leaves in the fall, the is simply due to the fact that it is of the deciduous variety, meaning that it will shed its leaves as soon as the colder season approaches.

If your paper birch tree has yellow leaves outside of the fall season, it may be because it is sick due to an attack from the bronze birch borer.