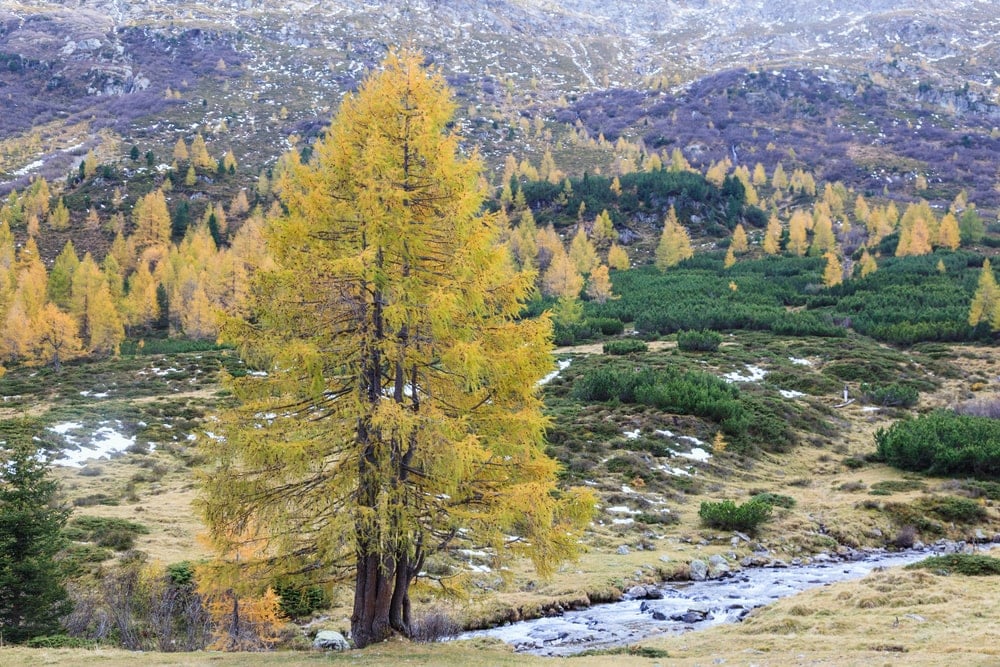 Larix decidua possesses needles instead of leaves, has a very prosperous juvenile growing season, and is very helpful in terms of helping repopulate de-forested areas.

The scientific name for the European larch — Larix decidua — translates to “deciduous larch”. There are many species of larch tree that are classified as being deciduous conifers, including the tamarack tree, but we’ll explain that further in a section below.

This large tree is a very impressive tree and is the oldest living species of larch. It is said that there are some trees that are nearly 2000-3000 years old, but the average lifespan for the European larch usually lingers around 200 years. Either way, they are a proud member of the old-growth family. 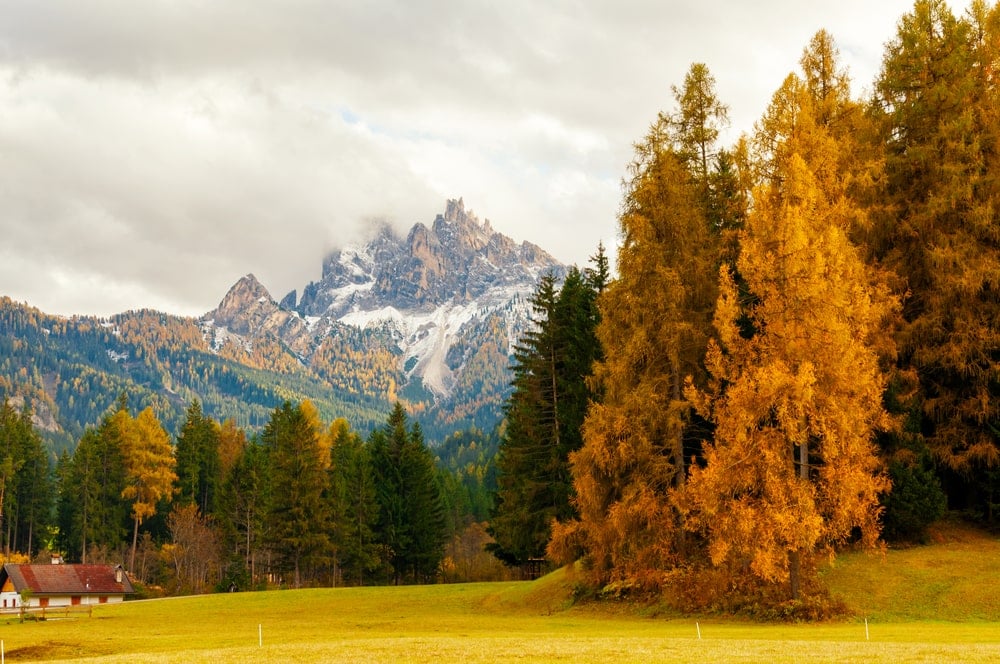 Additionally, the European larch is considered as being a pioneer species and is expertly used in agroforestry projects. Because young trees are so fast-growing and are able to adapt to many climates, they are the first to repopulate a devastated forest area.

Larch trees develop shallow root systems. Because they will only grow in regions that have moist soils, the roots are not required to grow deep into the earth to obtain the locked-in moisture. Instead, European larches will have root systems that grow only about 1 meter deep in the soil and will grow laterally.

The European larch is an impressively large tree, and will usually grow to be over 50 meters in height! Trunks are equally large, and sometimes get to be up to 4 meters in diameter. In young trees, the crown is a conic shape that grows more broad and bodacious with age. 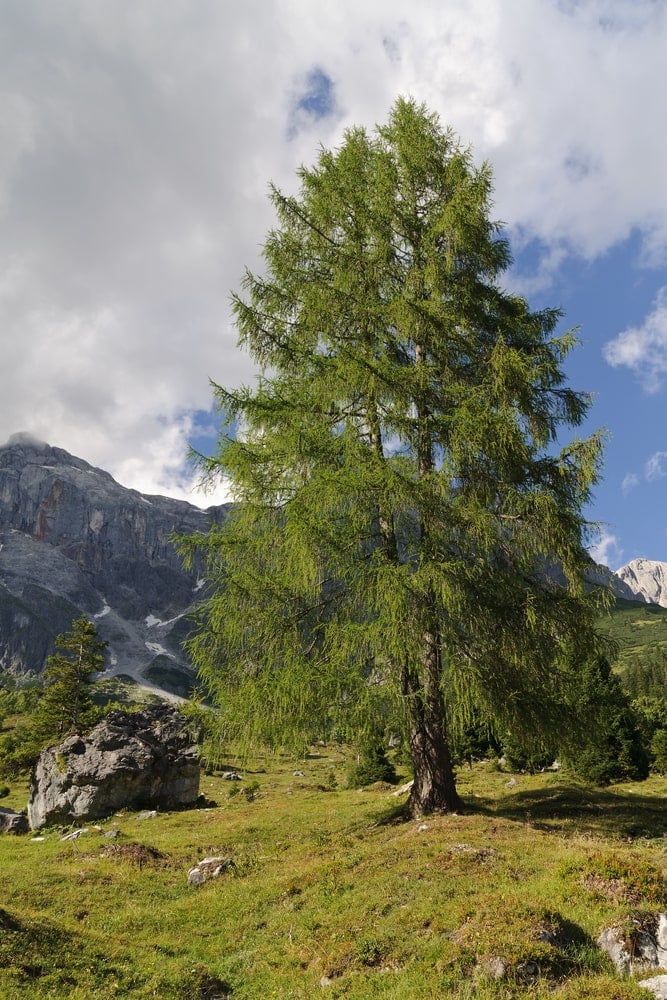 The main branches of the European larch grow either level or upswept, with side branches drooping down in a pendulous way — hence, granting it the nickname the “weeping larch”. The shoots that emerge from the branches are dimorphic and bear the buds that grow into cones.

European larch bark is a range of colors, from gray to brown to red. In mature trees, the bark will peel off in small scales.

Instead of leaves, the European larch is equipped with needles. These deciduous needles are light green when they first emerge and fade into a golden yellow color in autumn before they fall off. These are usually between 3 and 5 inches long, and they grow in a spiral pattern along with shoots. New European larch needles emerge in the early spring.

How do European Larch Trees Reproduce? 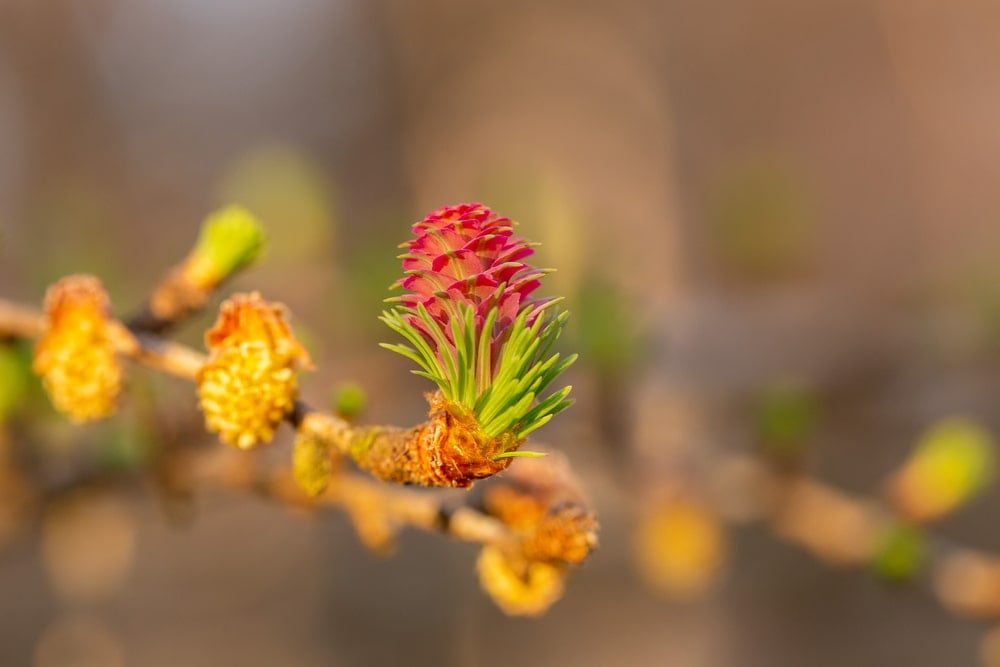 Larch trees are monoecious, meaning that they possess both male and female characteristics. However, male flowers and female flowers will sprout at different times, disabling the ability for self-pollination.

A female flower is less than an inch long and is a dull red color that is found at the end of a larch twig. A male flower is smaller than the female, is yellow, and it a catkin. Catkins are pendulous clusters with indistinct or no petals.

The European larch becomes fertilized through wind pollination. When the wind blows, it will pick up pollen (from pollen-producing reproductive flowers) and spread it towards the flowers that produce ovules. 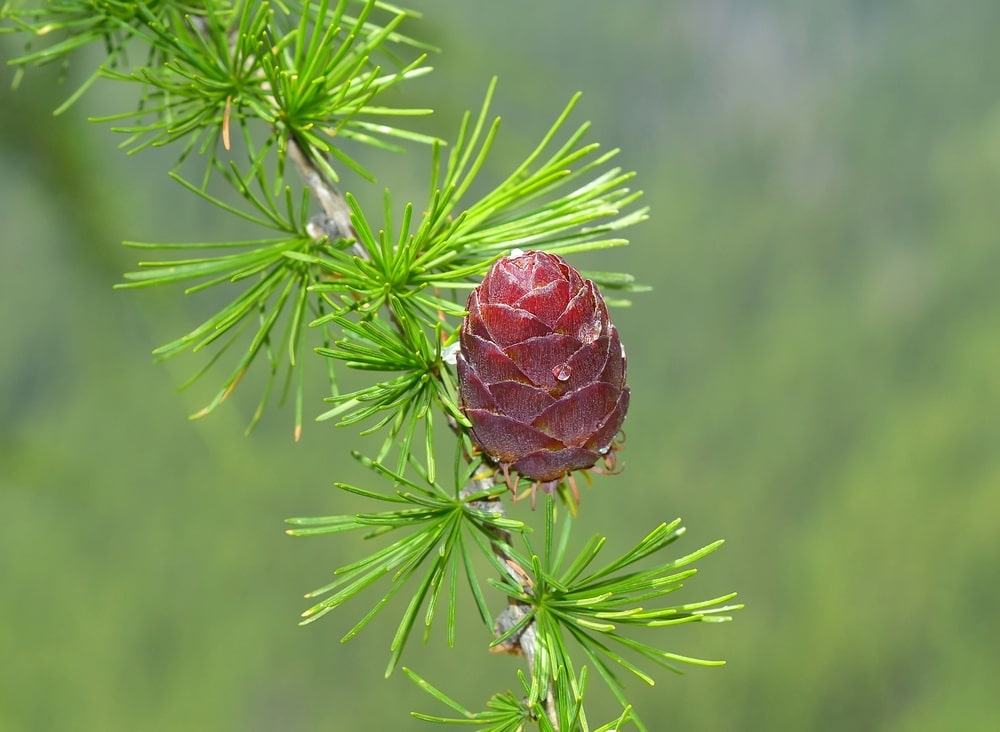 The “fruit” that emerges after successful wind pollination is erect, ovoid conic (ovular cones) cones. They have incurved scales, ranging from groups of 30-90 depending on the size of the cone, that contains seeds. These are seed cones.

When these pollen cones are young they appear as green with red flushes. As they age, they fade into a brown color. Once a cone has reached maturity, about 4-6 months after pollination, the scales will open to release the seed.

Are European Larches Deciduous or Coniferous?

The European larch is part of a unique category of the tree, and it is both deciduous and coniferous, or in other words, a deciduous conifer. 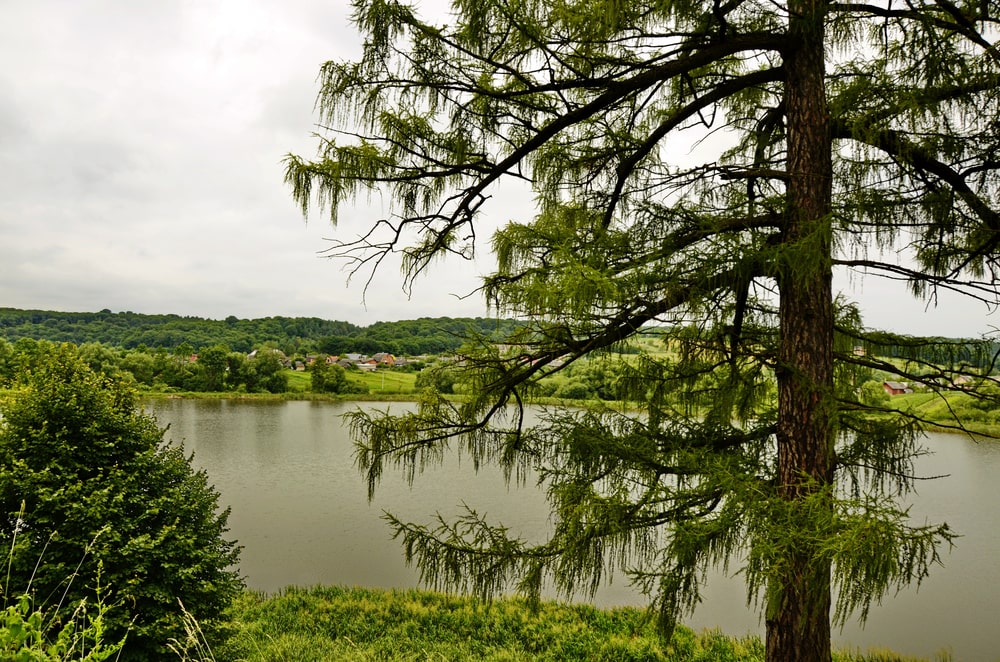 Firstly, a deciduous tree is a tree that sheds its leaves seasonally. It does the because it is preparing for the cold winter months. Since trees usually photosynthesize through their leaves, when they drop, that means that the tree goes dormant.

This happens because, in the winter, the sun does not give off enough energy to allow efficient photosynthesis. Once spring arrives, the leaves will grow back, and trees will come out of dormancy.

A coniferous tree is a tree that possess usually cones or needles, and they more commonly do not shed their foliage in preparation for the winter months. This is why the larch trees are unique because they possess both cones and needles, and the cones (and some of the needles) will drop seasonally.

What are the Subspecies of the European Larch Tree?

The European larch can be divided into two separate subspecies, not based on physical characteristics, but based on their growing locations. 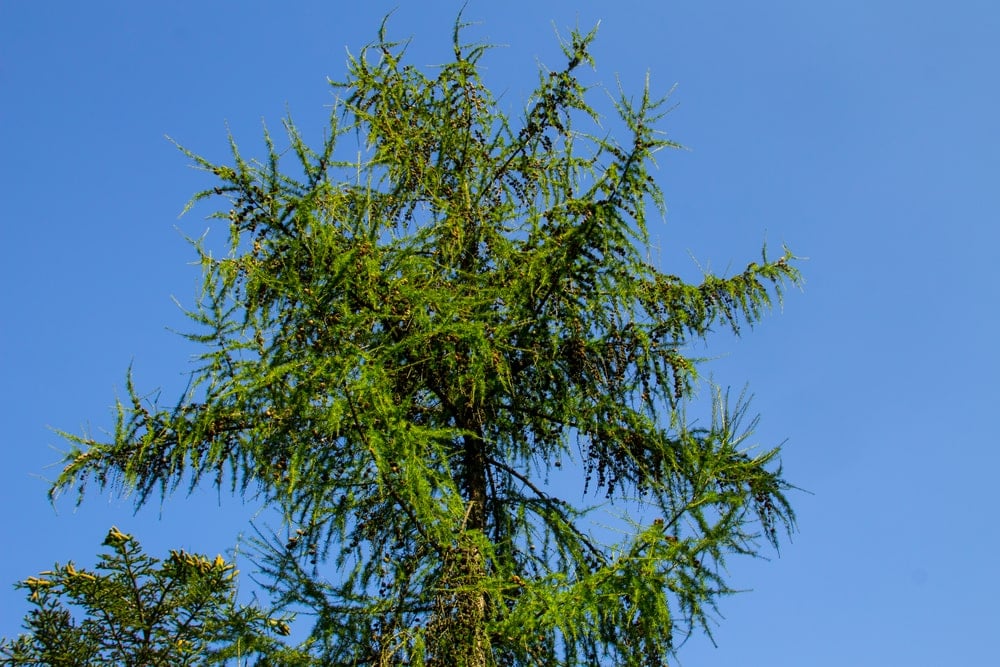 This subspecies is the alpine larch which accounts for most of its range, except for the region that the Polish larch exists in. This subspecies has cones that are ever so slightly larger.

This subspecies grows in lowland Poland, has cones that are slightly smaller than that of the European larch, and possesses shoots that are nearly white.

Where do European Larch Trees Grow?

The European larch is a native tree too much of central Europe and the surrounding mountain areas. They grow naturally in the Swiss Alps, the Pyrenees, lowland and northern Poland, southern Lithuania, the Carpathian mountains, and Scandinavia.

This tree has also become a popular cultivated tree in North America. Independent groves have been planted and naturalized in southern Canada, as well as in Maine, Michigan, Connecticut, Vermont, Rhode Island, and New Hampshire.

The European larch will commonly grow in congruence with the golden larch and Norway spruce, and it is used to aid in reforestation projects in the Appalachian mountains to reforest surface mines. They are able to grow at altitudes up to 2400 meters but tend to be the most abundant between 1000-2000 meters in altitude.

What are the Growing Conditions of the European Larch Tree?

They are tolerant of both alkaline and acidic soil but are intolerant of soil that contains salt, pollution, or poor drainage. 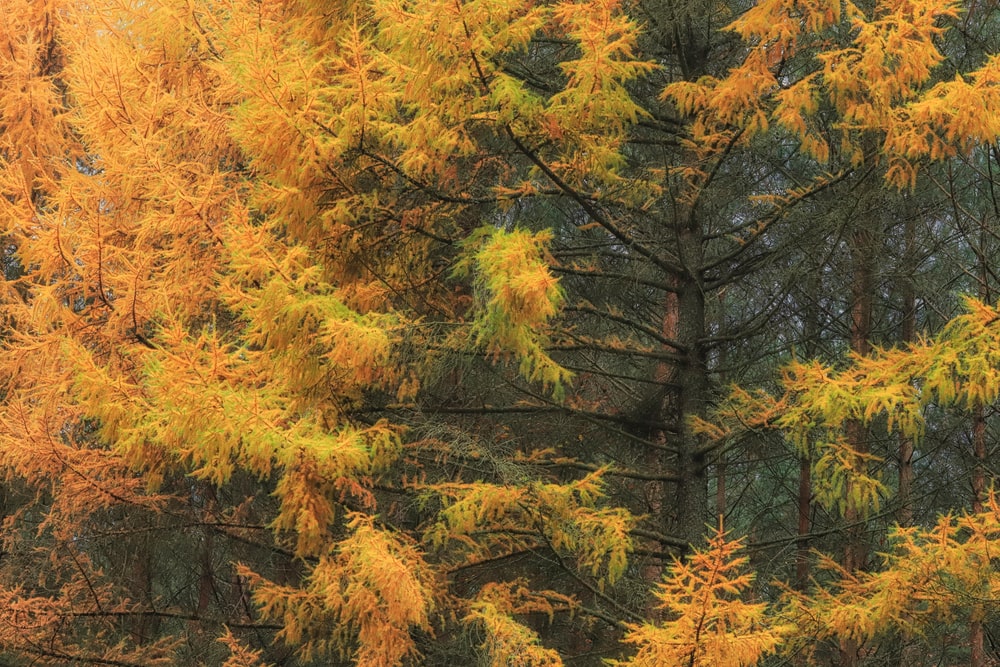 The European larch is a shade-intolerant species and requires full sun, all day every day. That is definitely indicated by their impressive height — there are not many tree species that would be able to beat them for a spot in the forest canopy.

How are European Larch Trees Used?

The wood of the European larch can only be used when it has had proper time to grow out its knots. This means that the wood of only mature trees is used. This quality European larch wood it durable, flexible, and tough, especially when made into thin strips. For these reasons, this tree has be a popular choice for yacht building. Small larches are also sometimes harvested to make fence poles.

European larches grow incredibly fast when they are young, and for this reason, they are a very efficient choice in the forestry and agroforestry industry. They are often brought in as a preparatory species to open land areas — over-forested land, natural disaster areas, abandoned farmland — to help repopulate the area. 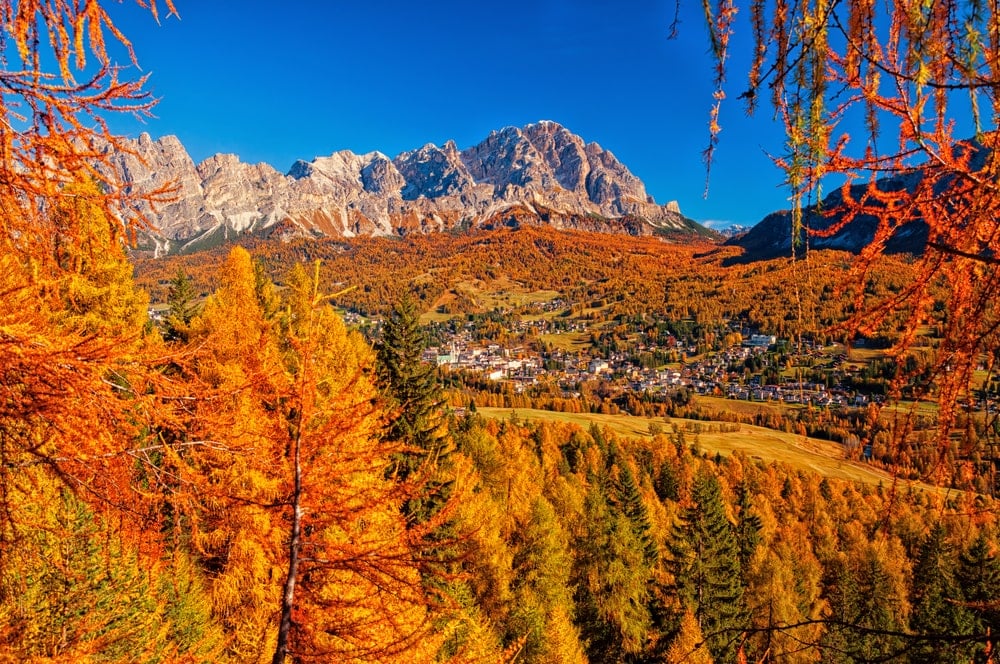 European larches make excellent ornamental trees, as long as they are planted in areas that don’t experience too much pollution. Though they are deciduous, so they make more of a mess than a pure conifer would.

The European larch is also a popular choice of tree for the art of bonsai. As long as it is planted when the tree is quite young and establishes its roots in a confined setting — otherwise, planting a larger tree would strangle the tree.

The seeds of the European larch an important source of food for several bird species, including the siskin, citric finch, and lesser redpoll. The buds and cones are eaten by capercaillie, and interestingly enough, larch needles are the only known source of food for the caterpillars of both the casebearer moth (coleophora sibricella) and the tortrix moth (Cydia illutana).

Why do European larch trees lose their needles?

Larch trees lose their needles because they are deciduous conifers. Usually, conifers are evergreen, meaning that they do not seasonally shed their foliage, but larch trees are a species that possess cones and needles that do fall off seasonally.

Do any pests affect the European larch?

Luckily for the European larch, there are not many pests that interfere with its well being. The only mentionable pest is the larch casebearer.

Larch trees are also rather susceptible to the development of a larch canker. These act as open wounds that can make them vulnerable to further infections.

What is the difference between European larch and Japanese larch?

Is European larch a hardwood?

Larch is a durable softwood, and when treated correctly it can become more reliably hardwood.

Are larch trees native to the UK?

The European larch tree is native to certain areas in Europe, whereas the American larch — or the tamarack tree — is native to North America.

Can you prune a larch tree?

Trees do not actually need to be pruned unless for aesthetic purposes desired by the property owner. In order to help a tree look the most appealing, prune any awkward looking growth, or branches that are sick or dying.

What is the difference between a larch tree and a tamarack tree?

Tamarack trees are a species of larch tree native to eastern North America.

How tall does the European larch tree get?

European larch trees are absolutely enormous trees. They can grow to be upward of 50 meters in height, with the tallest growing to be 54.3 meters tall!

Most European larch trees live to be over 200 years old. However, there are some cases of undisturbed larch groves that are an estimated 2000-3000 years old! Either way, this puts the European larch into the old-growth category.

Juvenile European larch trees grow very fast and can sprout up an impressive 12-18 inches every year for their first 30 years of life. After that point, they usually start to grow with less gumption.

How deep are larch tree roots?

Larch trees usually grow in regions that have very moist soil, and therefore more commonly develop shallow root systems that grow laterally. Roots will only grow about 1 meter deep into the earth.

Larch wood is incredibly rot-resistant, and when untreated can last up to 60 years outside. When it is treated it can last over 100 years — this is why larch is often used in window framing.

Does larch make for good firewood?

Larch has a fair amount of sap content and therefore can emit unpleasant fumes. Otherwise, the smoke emits a pleasant-smelling aroma and can hold a high heat capacity.

Because larch trees are deciduous coniferous trees, their needles will turn yellow before they fall off the tree in autumn.

Is larch wood better than pinewood?

Though larch is a softwood, it tends to be more durable than pine and has a more attractive heartwood color.