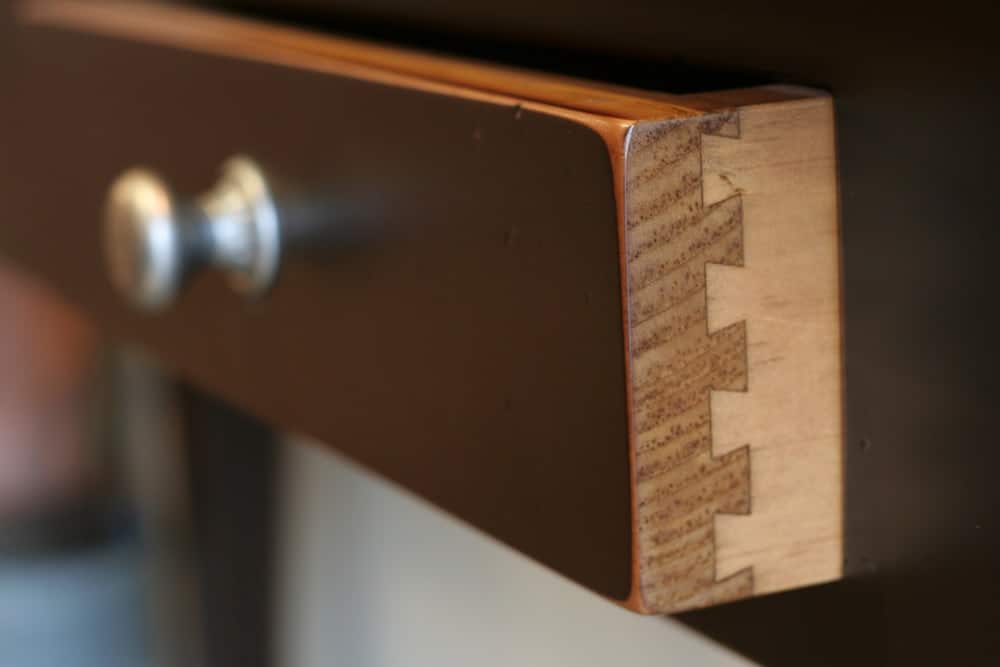 Sometimes I think about what will be left behind and studied from our current time period. I think it’s safe to assume that the cabinet you found on the side of the road and abused during your entire University career will not be one of those things. The traditional way of building things tends to be the method that proves the test of time, and the dovetail joint is a beautiful representation of this.

The dovetail joint can be found anywhere, and it’s a surefire way to distinguish between time periods of furniture manufacturing. Head on down to your local antique, find a chest of drawers and chances are you’ll find a dovetail joint that’s been holding that drawer together successfully since 1891 probably. The dovetail joint kind of looks like two hands being held together, and if that doesn’t warm the cockles of your heart I don’t know what will. (Y’know, how love lasts through the test of time and all that? Get it?)

The Anatomy of a Dovetail Joint

You may have heard the term “swallowtail joint” or “fantail joint” which are also used when referring to this shape of wood joinery. The shape of the dovetail itself is highly regarded for its tensile strength and resistance to being pulled apart. The dovetail joint is composed of two parts: the pin, and the tail.

The Tail is in the shape of a dove’s tail, or described more concretely, like a trapezoid. This is carved into the end of a workpiece.

The Pin: is carved into the workpiece that you’d like to join with the tail. It is also in a trapezoidal shape but is voided at the end of the opposite workpiece.

The two fit together like puzzle pieces, and once they are glued and clamped there is absolutely no need for mechanical fasteners. The reason for the dovetail joint being so incredibly strong is that the pressure put on the joint is evenly distributed throughout the entire workpiece. Each pin and each tail is entirely reliant on one another, and meet the reliance with an entire team of support.

Any angle can be used to create a dovetail joint, but the angle you choose should reflect the strength of the piece of wood being used. For softer woods, it is a good idea to use an obtuse angle for your joint locking, and for harder woods, it is safe to use a more acute angle.

Since this type of wood joint is reliant on using the physics of angled supports, it’s very important that precise and perfectly measured cuts are made. Otherwise, the pieces will not fit together in harmony.

When is the Dovetail Used? 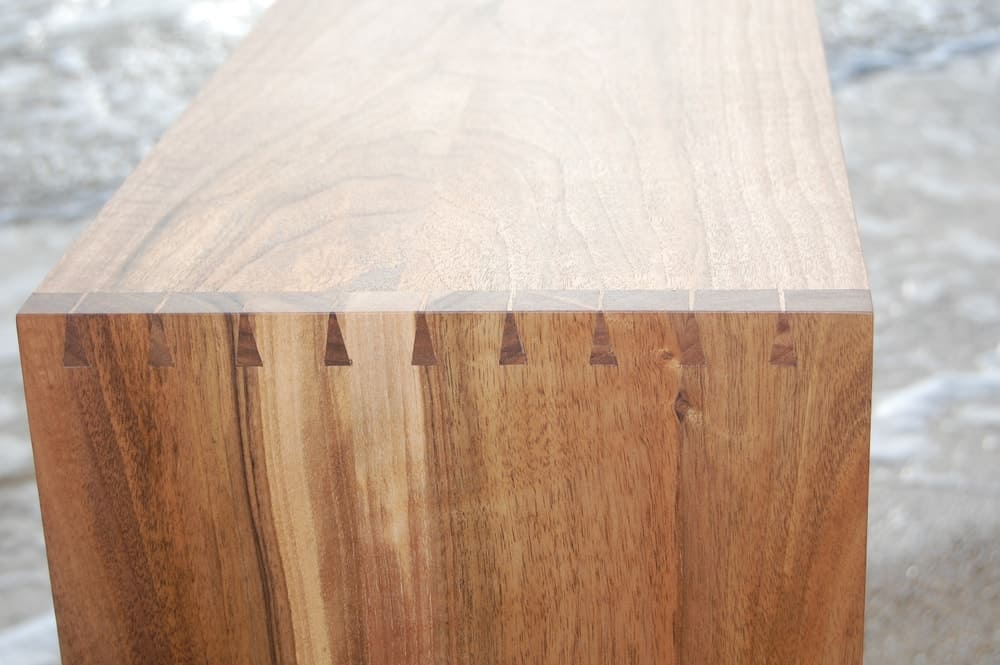 Within woodworking, the dovetail can be found in larger projects like timber framing and in constructing log buildings. It’s also used in smaller woodworking projects like cabinetry and other high-quality furniture construction (like holding together the sides of drawers to its front). The dovetail can be made even smaller than that! It’s also a joinery method used in antique jewelry boxes!

But the dovetail joint is also sported outside of woodworking. All sorts of craftsmen rely on the dovetail for its unparalleled strength and reliability. Clockmakers will use the dovetail if a tooth of a clock’s gear has broken off, and it needs to be replaced with a new one. Stonemasons are using the dovetail to build lighthouses in, particularly choppy waters. Most modernly, the dovetail is a great way of overcoming 3D printers’ limitations.

The History of the Dovetail

There is a stone pillar temple in India called the Vazhapphally Maha Siva, which is held together by dovetail joints. It is unclear as to when it was first built (somewhere within the Chera King dynasty which lasted between 4th Century BC to 5th Century AD), but it was RE-BUILT in AD 820. That is simply mindbogglingly old. 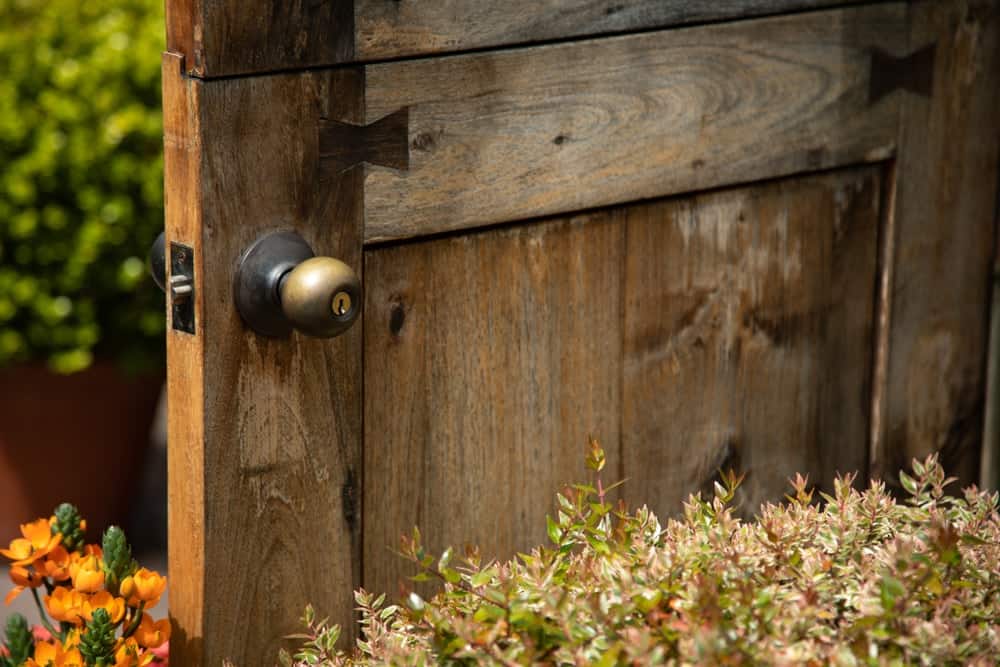 Tons of furniture that have been preserved in various Egyptian pyramids have dovetail joints. Certain pieces that have been entombed with mummies date back to the First Dynasty, that’s around 3100 BC!

1. Through Dovetail: also referred to as a plain dovetail, the joint meets at a 90-degree angle and both grains are entirely visible. Since the dovetail is so aesthetically appealing, the joint needn’t be covered.

2.  Half-Blind Dovetail: this method is used when the joint doesn’t want to be seen from the front. The same joint is used, only there is a small border of flush wood that is left in the front piece so that the joint itself is concealed with a drawer is pushed all the way in.

3. Secret Double Lapped Dovetail: identical to the half-blind dovetail, only each member of wood has a concealing border so that the joint isn’t visible from the front or the side.

4. Sliding Dovetail: the joint is still occurring at a 90-degree angle, but the joint exists in the center field of one of the workpieces. It sports the same trapezoidal shape, but the pin and tail extend along the full length of the workpiece. Sometimes a slight taper is incorporated in either the pin or the tail member, to enable easy sliding, but leads to a tight fit at the end.

5. French Dovetail: the exact same as a sliding dovetail, only the joint does not extend through the entire length of the workpiece. This is most commonly found when joining the body and neck of the violins. 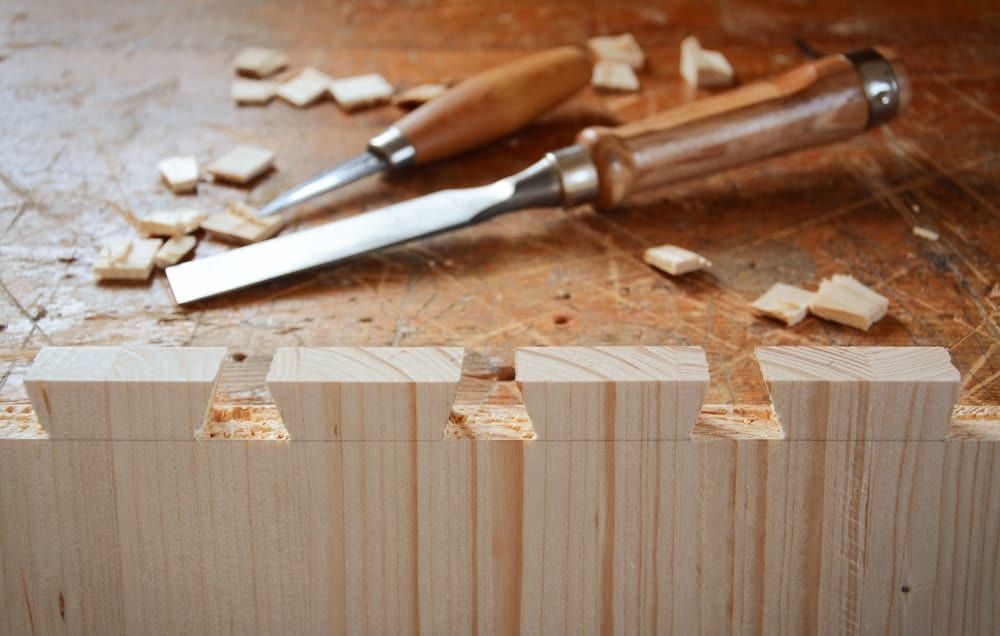 Can you use a dovetail joint with plywood?

It is said that harder woods are usually more compatible with the dovetail joint. It is doable with plywood, but it’s apparently not the ideal choice. Here’s a forum where they discuss this topic at length: Fine Woodworking.

Where can I buy a dovetail jig?

If you’re looking to create your own dovetail joint, here’s a great source for various dovetail jigs: Busy Bee Tools.

Why should I use a dovetail joint?

Once you’ve made a dovetail and glued it together, there is pretty much nothing that can break that joint apart. It is the most resilient of the wood joints as it does not rely on extra mechanical support.

What are the disadvantages of a dovetail joint?

The only disadvantage derives from the initial manufacturing on the joint itself. There is no room for error or slight miscalculation or cutting. Since there are so many features in the dovetail joint, they need to be made perfect in order to slide into place.

Who makes the best dovetail jig?

Let’s ask the experts! Sharpen-Up gives a great review of what they think are the best dovetail jigs available in 2020.