When it comes to deciding for the water heating system of your home, don't take the condensing water heater system for granted. Here's everything you need to know. 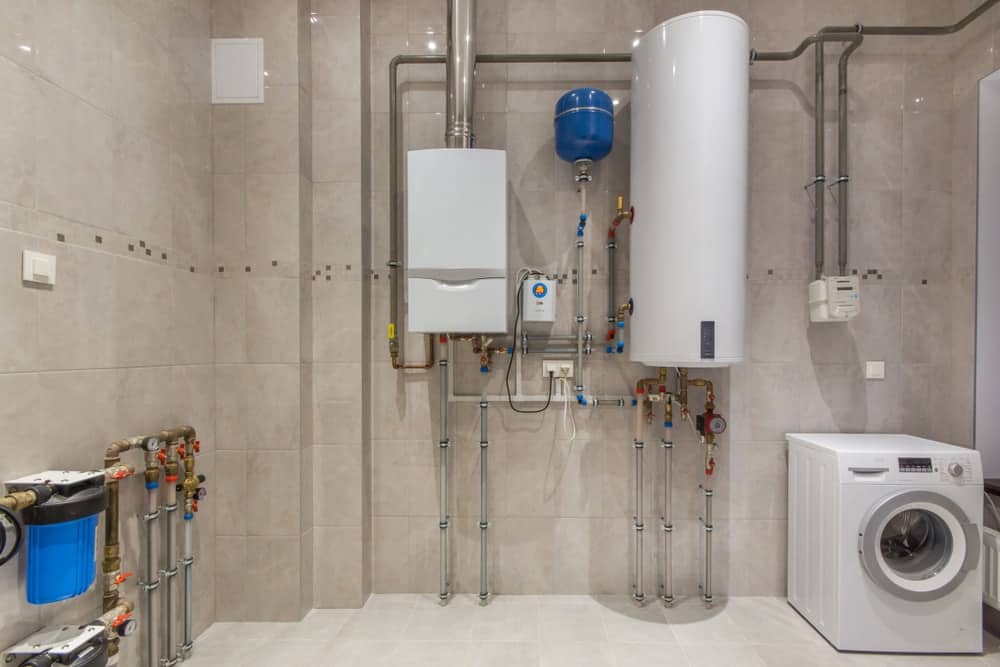 For a long time, water heaters were pretty much just a big tank with a bunch of pipes and a gas burner keeping the water hot. That’s the simplified version of a hot water heater, anyway, though professional plumbers might groan at that description.

Nowadays, however, you have several different options for heating up your water. The design of water heaters has changed and evolved. Do you know how they work? If you don’t know whether or not a condensing water heater is right for you, it won’t be too much longer before you do. There’s a lot of reasons why this water heater is a great choice for homeowners.

Who invented the water heater? You might think of some well-known manufacturer name, or perhaps say it must have been one of those genius scientists like Einstein. The truth is, the modern water heater is sort of a collage of a bunch of different inventions that have all been put together in one design.

It was probably the ancient Romans who first provided hot water to its citizens. As early as the year 300, there was heated water in Roman baths where people gathered to enjoy a spa-like environment. However, nothing like a modern water heater was used to achieve this effect. 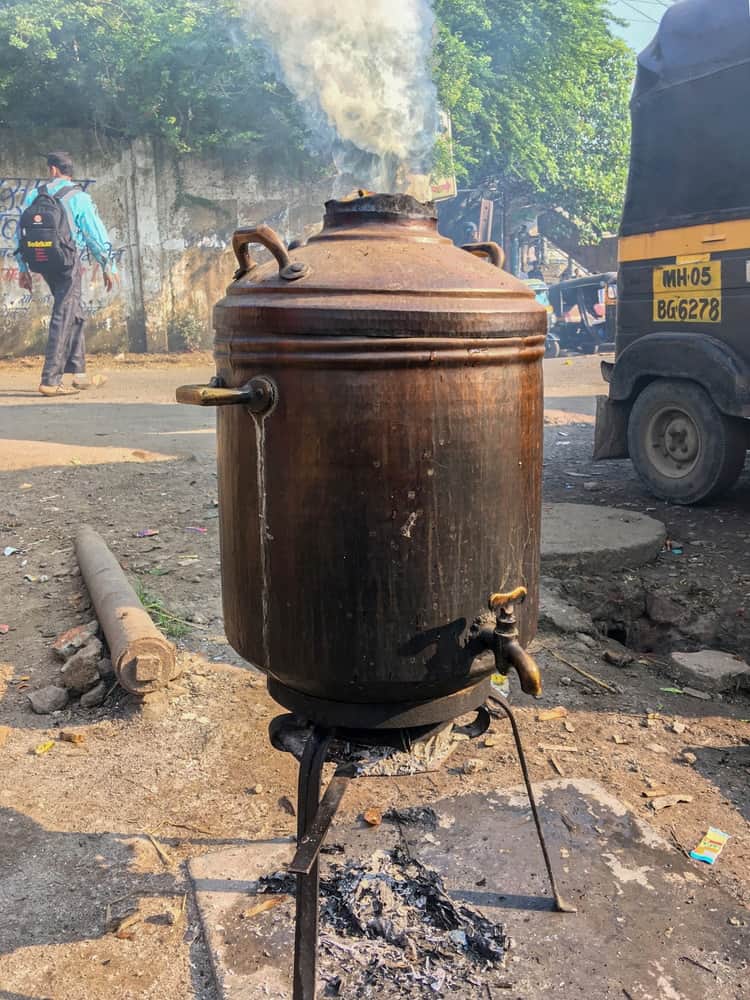 It took another 1500 years for an actual water heater to be invented, something that was achieved by Benjamin Waddy Maughan in 1868. He was a painter who filed a patient for a water heater, a device designed for residential use. The heater used natural gas to heat the water, much like many modern water heaters do today. Unfortunately, there was no venting or flue to allow the gas vapors to ventilate. This made the water heater completely unsafe for use within a home.

Edmund Rudd improved on Maughan’s idea. In 1889, he added several safety features to the design, a much-needed change. This truly created the blueprint for modern water heaters, which have evolved quite a bit in the over 100 years since Rudd’s design.

How Does a Condensing Water Heater Work? 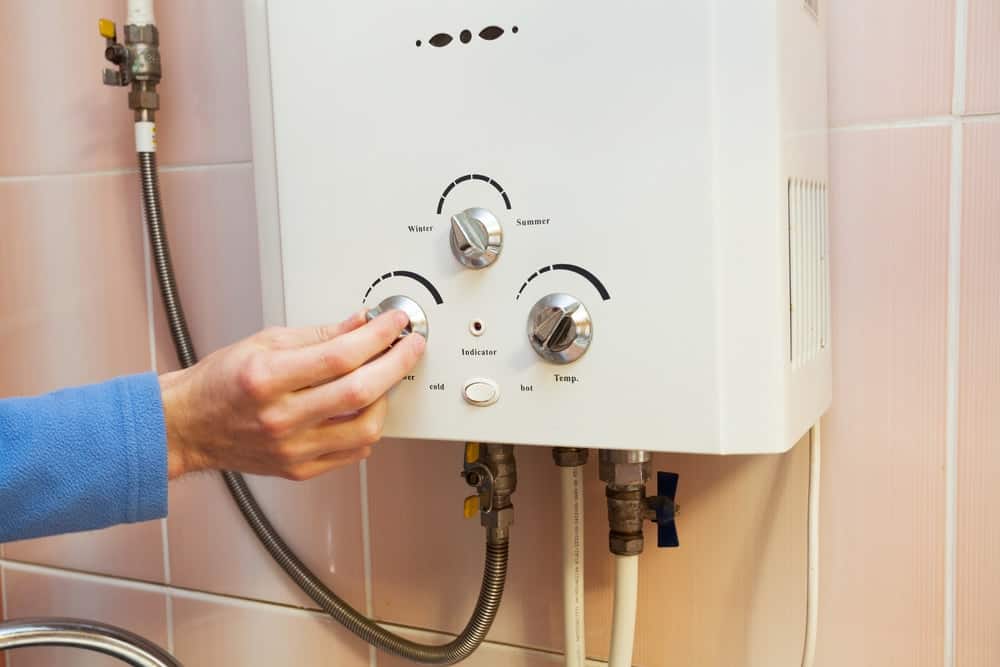 The process by which condensing water heaters make water hot is rather complex. A fan drives air and fuel into a combustion chamber. Here, exhaust gas from the chamber is forced into a heat exchanger inside a water tank. This causes the water in the tank to get hot.

It’s a truly brilliant design because it’s incredibly efficient. The water-heating power of a condensing water heater has a greater than 90 percent efficiency rate. That’s pretty darn good. That means that less than 10 percent of the energy consumed by the water heater is lost, compared to much higher numbers with other water heater designs. Energy wasted is money wasted. You can get the exact same effect by setting your money on fire. 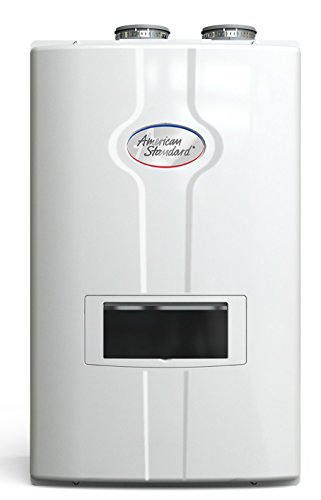 Tankless condensing water heaters do not store water. Instead, the water is heated instantly. The cold water passes directly through a gas burner or a heating element in the tankless water heater, so that it comes to you hot immediately.

In a condensing water heater design, the tankless water heater also has a second heat exchanger that reuses the exhaust gas that is used to heat the water. This creates one of the most efficient water heating systems you can possibly have, which means your utility bills will be very low compared to the price you would pay with a standard water heater.

Why Use a Condensing Water Heater?

Whether you’re using a tank or a tankless version, a condensing water heater is extremely energy-efficient. The price you pay for installation will come back to you in energy savings over time.

However, those initial costs are considerable. Not only will you need to purchase the water heater system itself, which includes the entire condenser, you must also attach the water heater to gas, electricity, and have it properly vented besides. There’s another big cost associated with a condensing water heater. This system creates condensation, which can be corrosive. You must use high-quality, non-corrosive materials, such as steel, to prevent this. 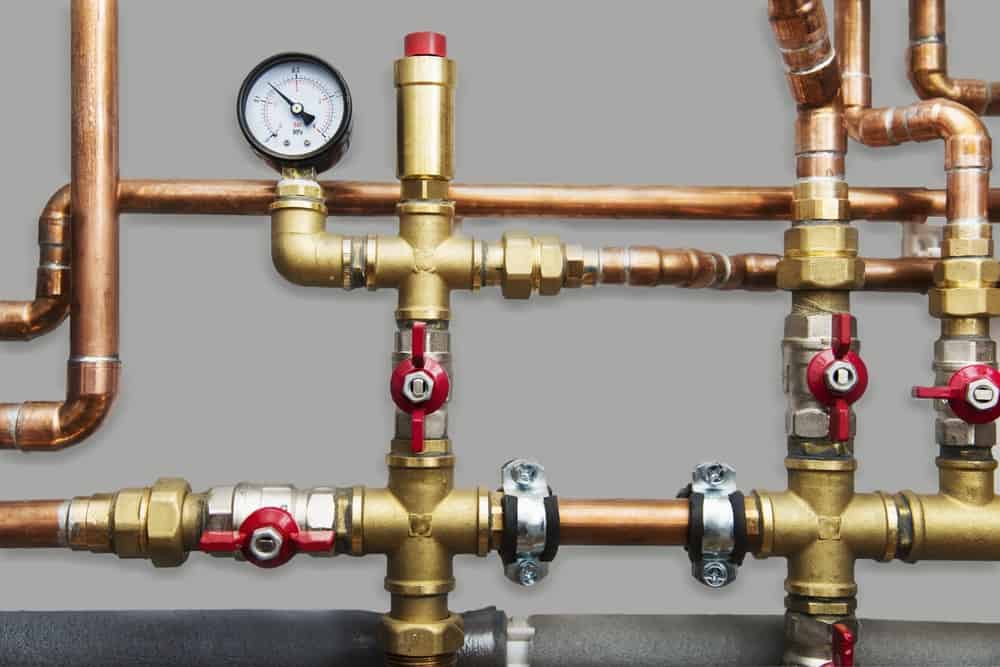 It is a large price to pay but many find that this is an investment that pays off. Because it’s so extremely efficient, there’s a lot less energy wasted and it takes a lot less power for a condensing water heater to function, as compared to other types.

Should You Put a Condensing Water Heater in Your Home?

Is a condensing water heater right for you? Should you choose a tank or a tankless design? You know how these water heaters operate and what it takes to have one put in your home. That makes it easy to make the best water heater decision possible.