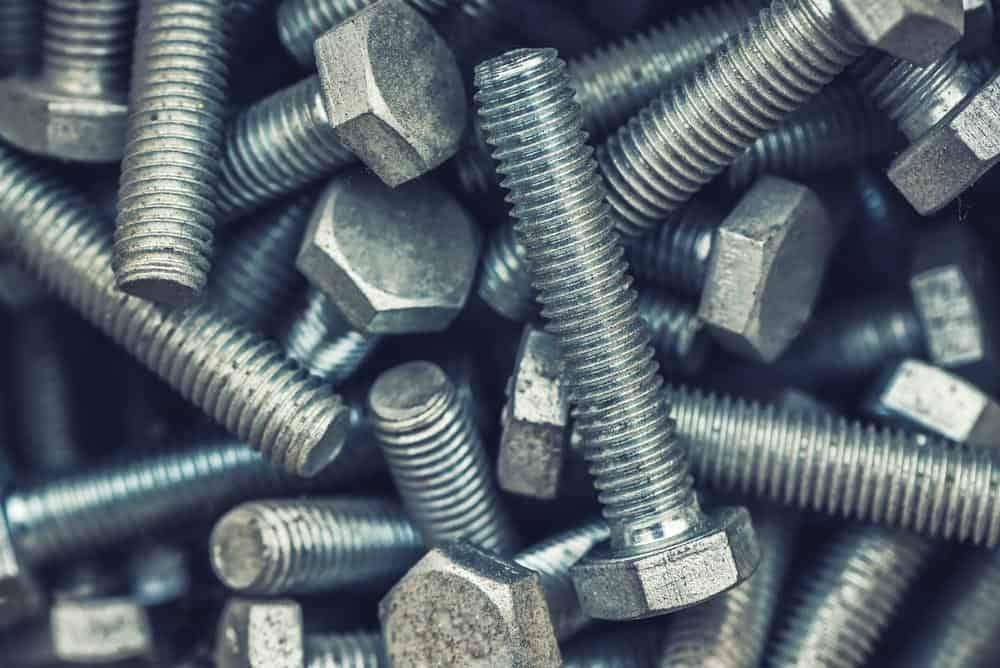 Hex is a word with a pretty bad reputation. After all, witches use hexes. But anyone who doesn’t like the word hex doesn’t know a lot about hex bolts. These are really do-anything and go-anywhere bolts that can be used for a huge variety of building and home projects. A hex may be a curse when it comes from a witch. But when it comes from the hardware store, it’s a lot more like a blessing for any project you’re working on.

What Makes a Bolt a Bolt?

Many people, even pros, refer to bolts as screws and vice versa. That’s because the two types of hardware perform similar functions by fastening two things together. Put simply, bolts and screws are used to bring together pieces of wood, plastic or metal. However, technically, bolts are screws are not exactly the same.

Bolts are threaded fasteners that are positioned or released by torquing a nut. Screws have many more threads than bolts and they can create their own internal threads. This is why screws can be placed inside pre-drilled holes.

All bolts are made with three distinct sections. The head is the largest part of the bolt and in the hex bolt, it’s the part that has a very distinct and easily identifiable shape. The shank is the long midsection of the bolt that has threads. The chamfer is at the end of the bolt. This is the very tip of the bolt, opposite the head.

Most bolts require a nut to function properly. That’s why the two are paired together in an often-used saying: the nuts and bolts. This phrase typically means the nitty-gritty details of any situation or project. The point it, nuts and bolts go together. So whenever you’re using hex bolts, you should have just as many hex nuts as you have bolts. Nuts are placed on the end of the bolt and then used to clamp tightly to whatever the bolt is being used to secure.

In contrast to other types of bolts, hex bolts do not always need a nut. In fact, fully threaded hex bolts are also identified as tap bolts because they can be tapped into a hole and stay secure on their own even without a corresponding nut.

Hex bolts are named for their shape because the head of each bolt has six sides, not because they’re cursed. It’s a hexagon shape and that’s why it’s so easy to identity hex bolts.

Bolts are measured in a specific way: pitch, diameter and length. The pitch is the measurement between the threads. The diameter is the width of the bolt’s shank, not the head. The length measures the length of the bolt from the end of the chamfer to the bottom of the head. Therefore, a hex bolt that measures 2 inches will actually be a little bit longer, overall, than 2 inches because of the head and the chamfer.

Hex bolts may be partially or fully threaded along the shaft. These bolts are widely used in construction and home improvement, so hex bolts are available in a huge variety of sizes and styles.

Most bolts are made with metal or plastic. Steel is probably the most commonly used bolt material, but hex bolts may also be made with aluminum, copper, brass, titanium or even plastic. Bolts can be made from steel, hardened steel or stainless steel. Various types of steel alloy are also used to make bolts.

The type of bolt material you buy depends on the type of project you’re doing. If you’re using bolts outside where they may be exposed to weather, you will want to use a material that’s resistant to corrosion, like steel or titanium. You need to select bolt material based on the weight of the item you’re bolting and the conditions around the bolt. Any bolts used near plumbing fixtures or in rooms where they may be exposed to humidity, for instance, should be selected for water-resistance. Hardened or tempered steel will create the strongest bolts. If you’re using hex bolts to secure something that’s going to support a lot of weight, you want to get the strongest bolts available.

Hex bolts will also have a finish applied to them. Usually, hex bolts are finished in black oxide, zinc or chrome. Black oxide looks a little like black rust, while chrome is bright and shiny. Zinc coating is also bright and whitish in color. Hex bolts that are zinc plated are identified as BZP hex bolts. The zinc coating is mainly used for looks because it does not do anything to prevent rusting. 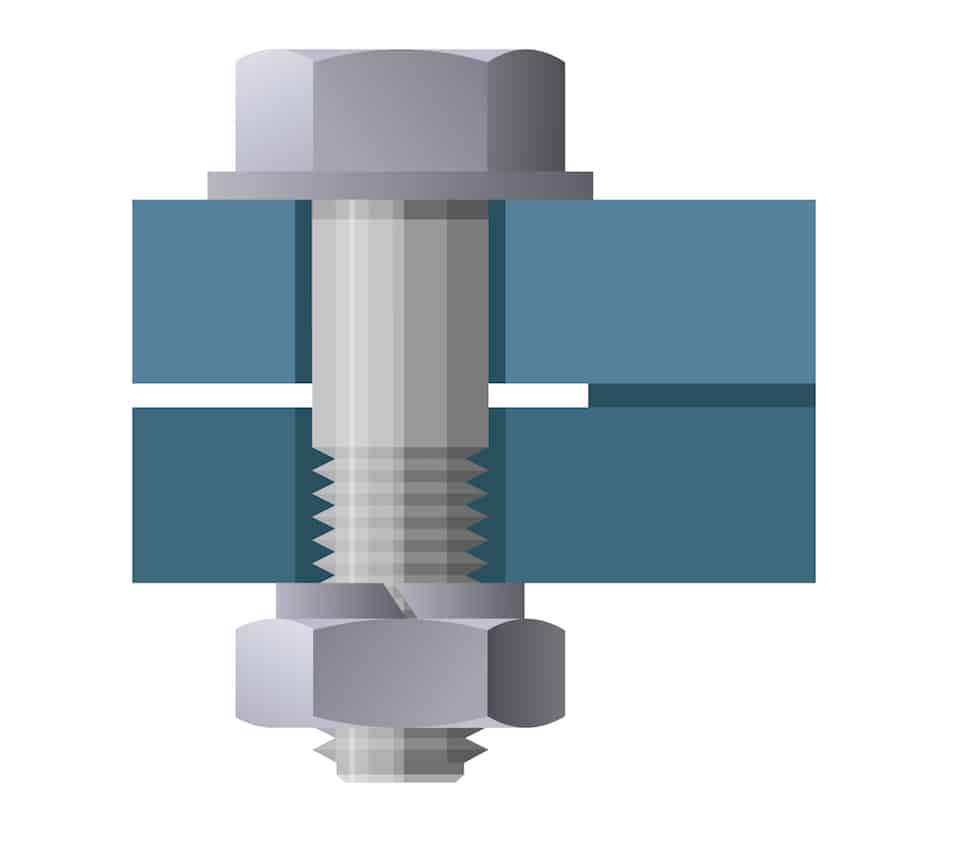 Hex bolts are used in engineering, the automobile industry and construction of all kinds. The distinct shape of the head of the bolt makes it easy to be gripped with tools from any angle. You can even twist a hex bolt by hand. This makes it easy to loosen and tighten hex bolts from any direction with any tool as you work. Because hex bolts can sometimes spin due to their shape, you made need to hold the bolt head with one wrench and tighten the bolt using a second wrench.

Because these bolts are strong and because they’re so versatile, they can be used as fasteners for all sorts of projects. Hex bolts can be used in tight spaces to secure wood, metal, plastic and other materials. Hex bolts are commonly used in buildings, bridges, docks and highway structures, but you can find hex bolts in all industries and all homes.

In most cases, you’ll use a wrench or a spanner to tighten or loosen hex bolts. The shape of the head is ideal for use with a wrench.

But you don’t always have the luxury of working with brand-new bolts. There are times when a project can’t move forward unless you first take something apart. And there will be times when you’re confronted with a stripped hex bolt.

When that happens, you will probably think to yourself “now what?” at some point. Stripped bolts are often a nightmare for DIYers of all skill levels. But they don’t have to be. There is a fairly simple way to deal with any stripped bolt. Use a small saw or triangular file to cut a slot into the head of the bolt. Work carefully to avoid cutting into whatever is under the bolt. Once this new slot is made, you can use a standard slotted screwdriver to loosen the bolt enough so that it can be pulled out and gripped with a wrench or a pair of pliers.

Getting Hexy With It

Hex bolts are really the sexiest bolts in your tool drawer. They don’t have to be used with a nut, they work well with any tool (even your own hand) and they’re available in just about any size or finish you might want to see. Stock up on a bunch of different hex bolts, and you’ll always be ready to tackle a whole bunch of projects.