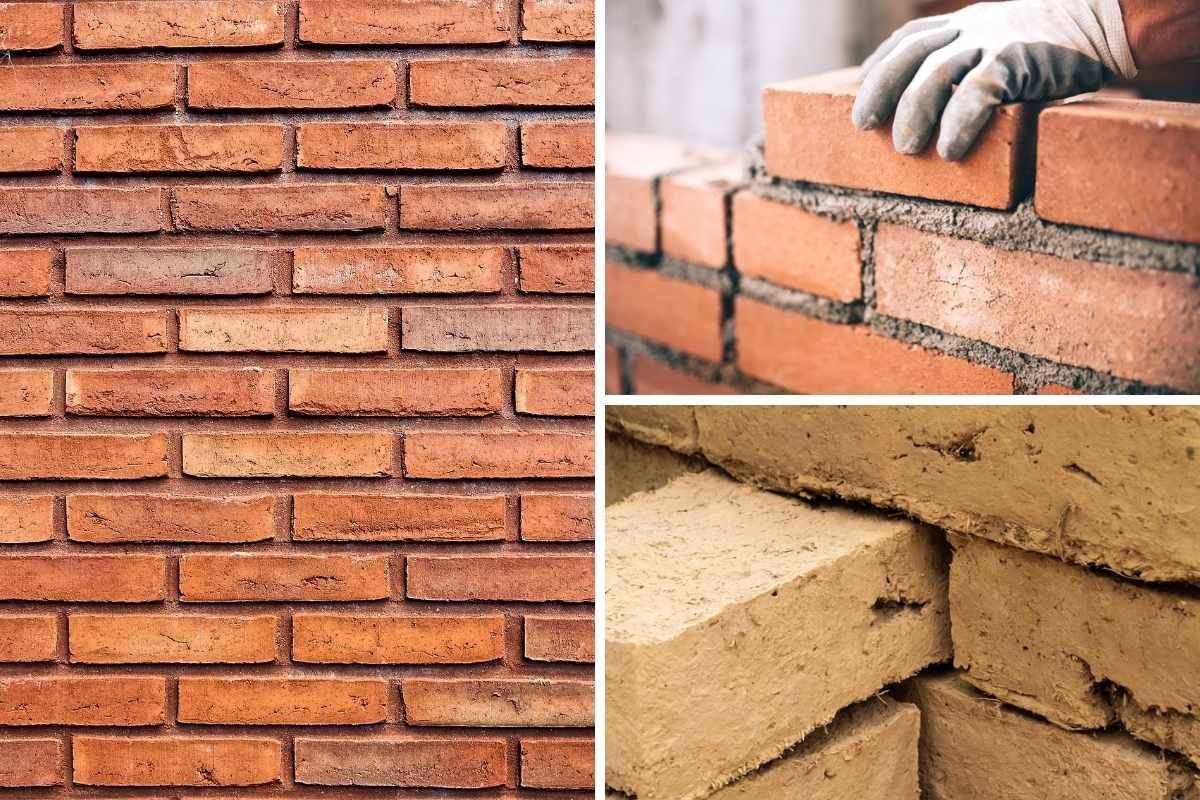 This isn’t meant to confuse you or anything, but there are seven types of brick available to homeowners. If you want to build a brick barbecue in the backyard, a brick mailbox stand, or brick your driveway instead of paving it, then you’ll have to use brick made from the right substance. For instance, you wouldn’t want to use a mud brick to build a backyard barbecue.

Neither would you use a fly ash brick to build a basement wall. These are made of materials (mud and fly ash) you would use in more suitable applications. You thought brick was made of clay, didn’t you?

Okay, I confess I did, too, so I was just as surprised as you to learn of seven materials out of which bricks are made. Grab a coffee and a comfortable chair and read on to learn more about what materials go into making bricks.

Table of Contents Show
1. I Thought Bricks Were Made Of Mud Or Clay. What Can You Tell Me About Mud Bricks?
2. Sometimes They Can Look A Lot Alike, So Can An Unschooled Person Tell The Difference Between Clay Bricks And Mud Bricks?
3. I’ve Heard Of Engineered Shingles For Roofs, But Not Engineering Bricks. Why Would A Brick Need To Be Engineered?
4. Sand And Lime Sound More Like A Mixed Drink Than A Type Of Brick. What’s It All About?
5. Fire Bricks Sound Like What I Want My Pizza Cooked On Or In. Is That Right?
6. I’ve Seen Buildings Made Of Cement Blocks, But Bricks?
7. I’ve Never Heard Of Fly Ash Brick. What Is It And For What Is It Used?
What Are Bricks Made Of FAQs
Short Answer, What Are Bricks Made Of?
How Are Bricks Made?
Why Are There Holes In A Brick?
What Is The Life Of A Brick?
Is There Another Term For Brick?
What Makes Bricks Red?
Are There Bricks Without Holes?
Why Are There Gaps In Brick Walls?
What Are The Sides And Ends Of A Brick Called?

1. I Thought Bricks Were Made Of Mud Or Clay. What Can You Tell Me About Mud Bricks? 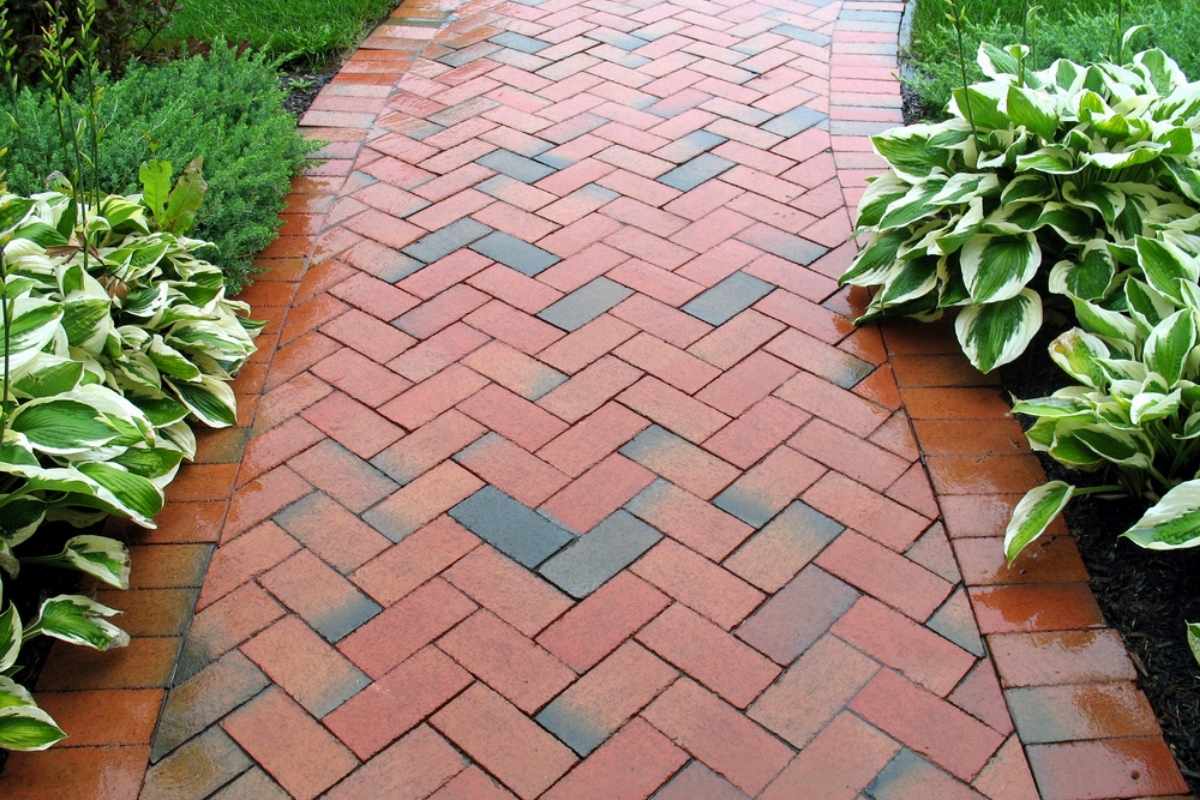 If you wanted to build your house of bricks you made yourself, then you’d have a great idea there. Mud bricks or adobe have dated back to approximately 9,000 BCE, and some are still standing to this day. However, there are a few things you should know before you start building brick molds:

2. Sometimes They Can Look A Lot Alike, So Can An Unschooled Person Tell The Difference Between Clay Bricks And Mud Bricks? 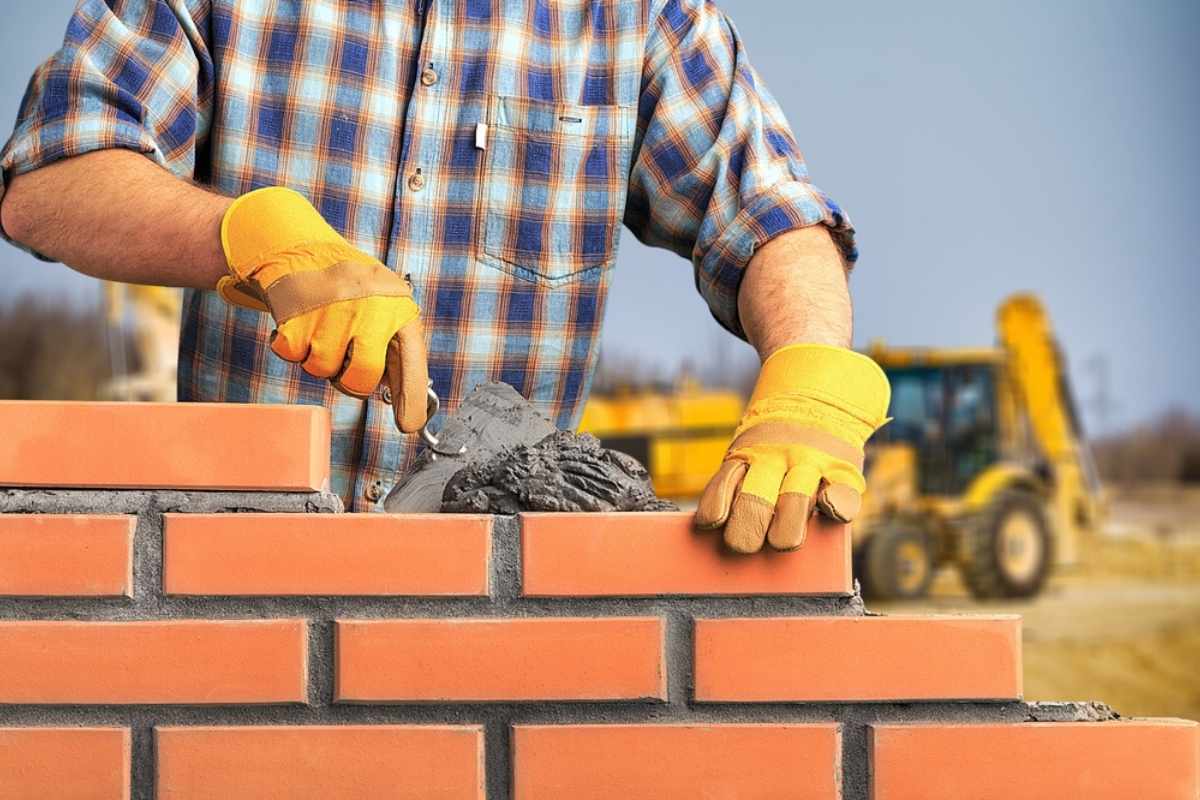 Slap a coat of paint on anything, and you wouldn’t recognize it, so it’s possible to hide the nature of brick. On the other hand, most people don’t paint a brick house. White brick, for example, is made of a long list of minerals and then baked. Red clay brick comes in four categories:

3. I’ve Heard Of Engineered Shingles For Roofs, But Not Engineering Bricks. Why Would A Brick Need To Be Engineered? 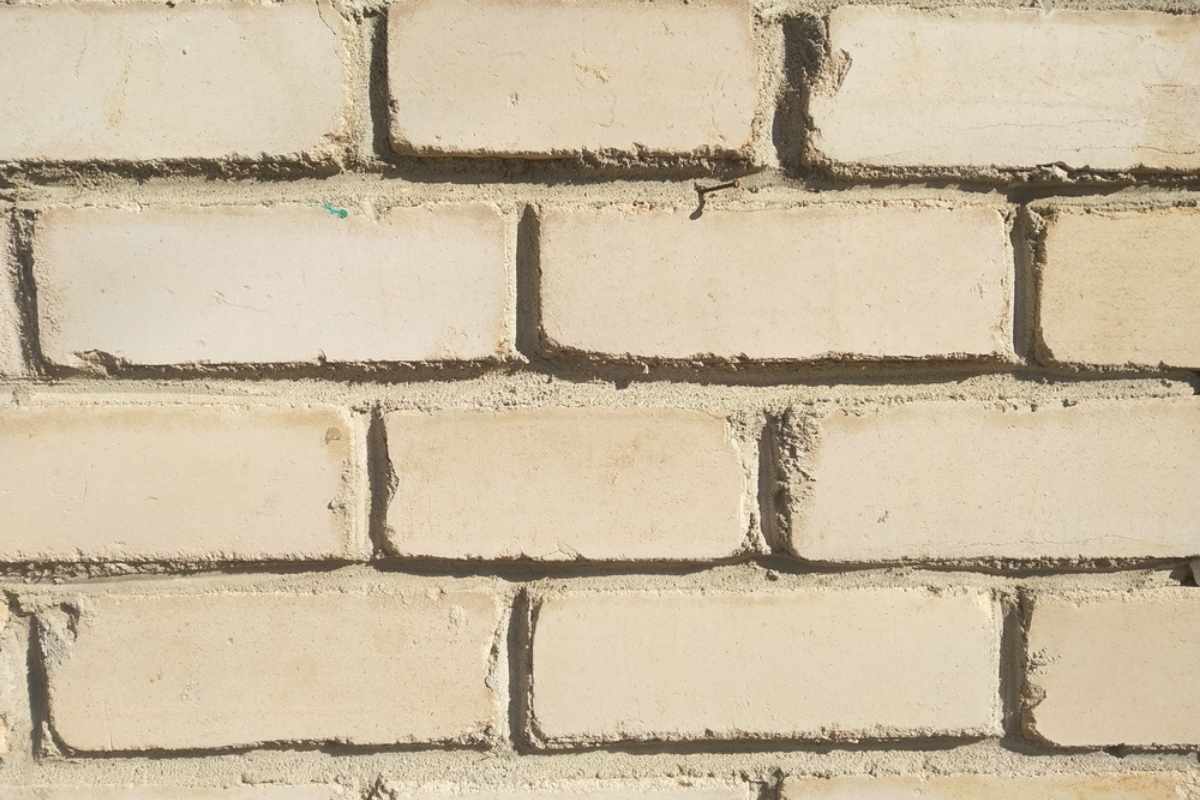 Consider your typical building, whether it’s a house or an office building. You never see the foundation because it’s beneath the dirt. What you don’t see is that those bricks absorb almost no water to weaken the brick.

You won’t see the sheer strength of bricks that will hold up the building for upwards of 50 years. Engineered bricks are made differently from clay bricks. Only clay producing the strongest bricks is used.

The bricks are fired at a higher temperature than usual, which forces the molecular structure to harden. These two facets are what turn engineered bricks blue.

4. Sand And Lime Sound More Like A Mixed Drink Than A Type Of Brick. What’s It All About? 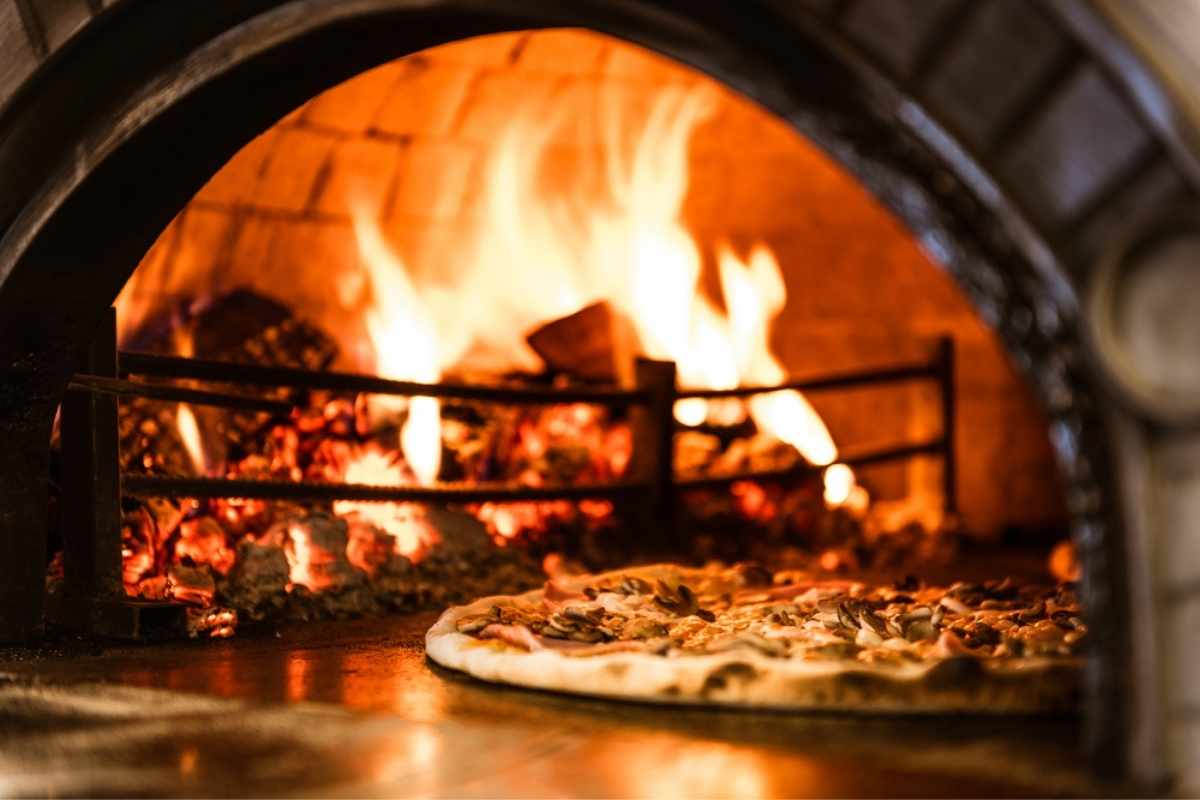 Highly compressed bricks are ideal for multi-story buildings. They’re the strongest of bricks. The bricks suffer less from solar heat.

The pigment is added to the mix before firing, so the building won’t need to be painted. A building made from fire-resistant and water-repellent bricks is to be highly desired. These bricks are also soundproof.

Added to these advantages of using sand lime bricks is the fact that less mortar is needed between courses. Wastage is also less, and the strength of the compression means that walls don’t need to be so thick. You’ll save a lot of money and materials by building your structure with sand lime bricks.

5. Fire Bricks Sound Like What I Want My Pizza Cooked On Or In. Is That Right? 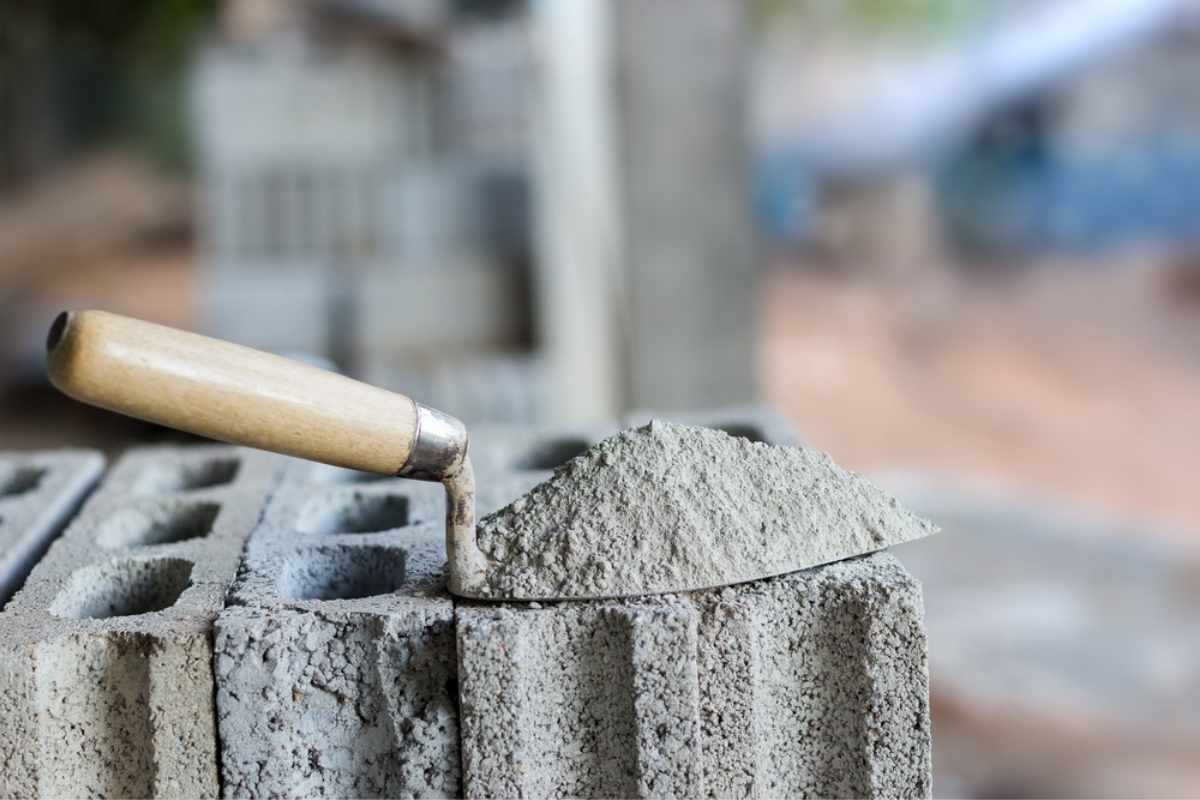 Yup. Fire bricks are from what fire pits, brick pizza ovens, chimneys, fireplaces, and other high-heat structures are made. The clay they’re made from has silica and alumina in it. These are oxide fibers that do two things: silica provides the glassifying of the clay in bricks, while alumina is used in everything from spark plugs to tiles to clay bricks.

Fire bricks are used in any application requiring the withstanding of heat up to 3,000 degrees and/or over. If you’re going to build your own backyard barbecue, a fire pit, a fireplace in your outdoor kitchen, or any other high-heat application, then you need fire bricks.

6. I’ve Seen Buildings Made Of Cement Blocks, But Bricks? 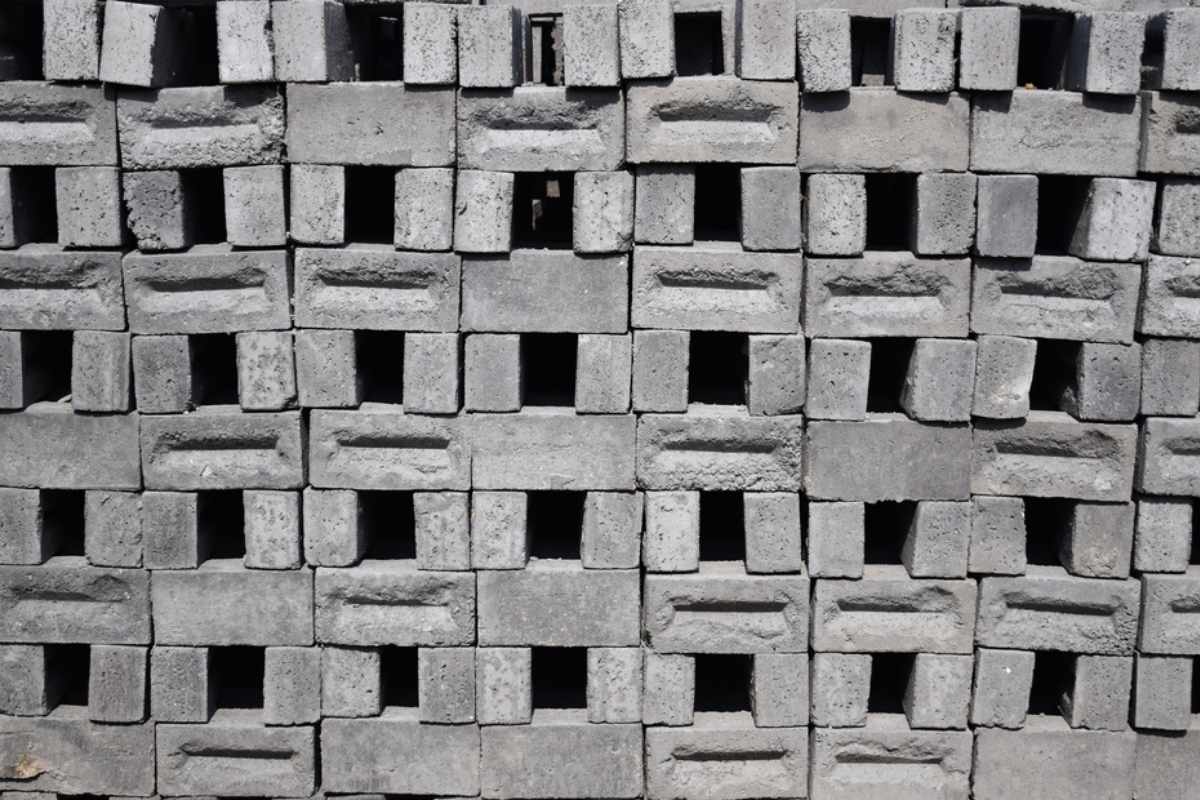 The two main considerations of concrete bricks are their rate of absorption of moisture and their compressed strength. Concrete bricks offer a compressive strength of 3,000 to 4,000 psi as opposed to clay bricks’ 8,000 to 10,000 psi. Concrete bricks absorb more water than their clay cousins.

Manufacturers usually add a water-repellent additive to the concrete mix, but that means the mortar used has to have this additive, too.

7. I’ve Never Heard Of Fly Ash Brick. What Is It And For What Is It Used?

Fly ash is a product of coal-fired thermal power plants. The emission is made up of oxides from silicon, calcium, and aluminum iron. Other minerals like potassium, magnesium, sulfur, titanium, and sodium are also parts of fly ash but to a smaller degree.

This material is mixed with concrete to enhance its strength. Fly ash by itself produces a less tensile brick prone to breakages. If the bricks are smaller than normal-sized bricks, then their durability increases.

What Are Bricks Made Of FAQs

Short Answer, What Are Bricks Made Of?

Bricks are made from mud, clay, concrete, sand, lime, and fly ash. How the bricks are fired determines the kinds of structures for which they’re suitable.

How Are Bricks Made?

The material for the bricks is prepped, put into a mold, dried, and then fired in a kiln.

Why Are There Holes In A Brick?

The holes provide a space for the mortar to drop into, thus locking the bricks together.

What Is The Life Of A Brick?

Look at antebellum mansions in the South or the homes of the pioneers that founded this country in the North and West. They’ve lasted hundreds of years because the maintenance of the bricks and mortar was not neglected. Brick homes will last 100 years or more as long as the brick and mortar are tended regularly.

Is There Another Term For Brick?

You might hear mention of Roman brick (clay with the stamp of the Roman legion using the bricks.) You might also hear of a malm brick or a brick made from crumbly limestone and chalk.

The minerals in the soil are responsible for a brick’s color. Iron oxide, for instance, gives a brick its red color. The amount of oxide gives the bricks lighter or deeper shades of red.

If the soil is largely calcareous, then the brick will have a yellowish color.

Are There Bricks Without Holes?

Yes. They’re called pavers for use in walkways, driveways, patios, and such. They’re flat and solid with their own version of stability.

Why Are There Gaps In Brick Walls?

What Are The Sides And Ends Of A Brick Called?