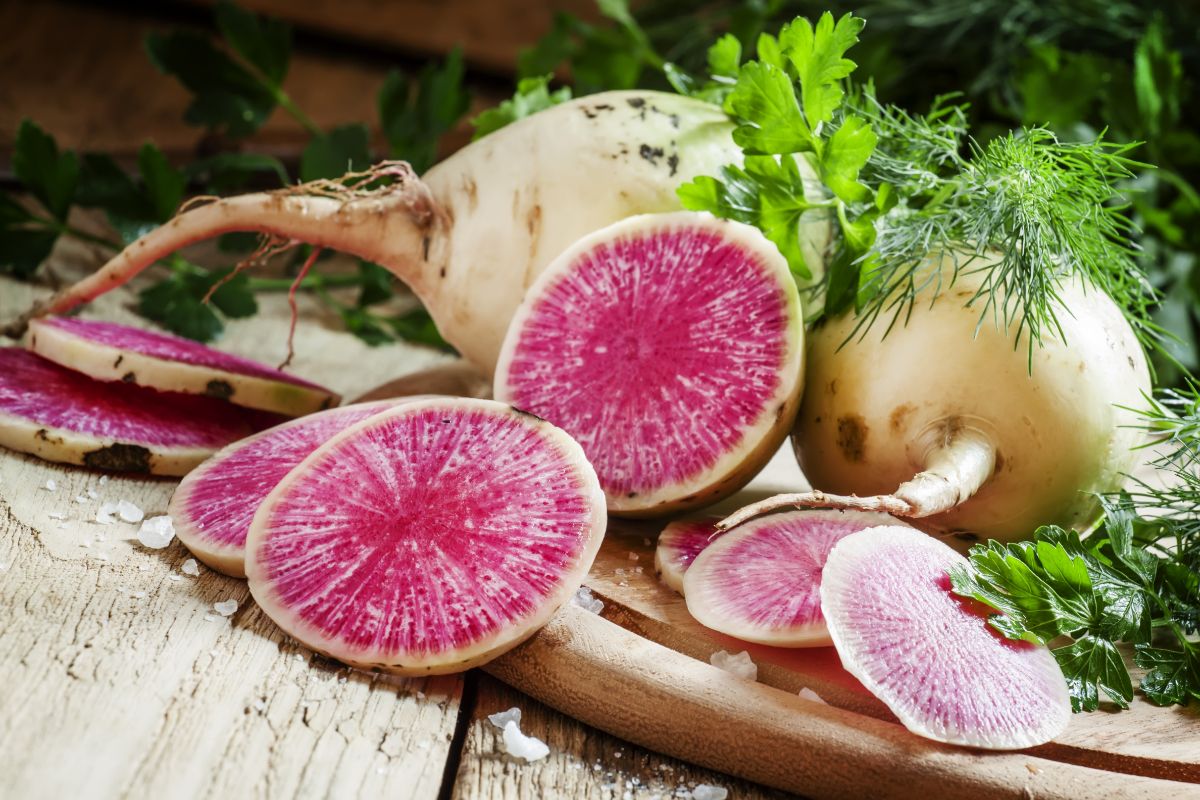 Watermelon radishes are gorgeous vegetables that taste delicious on their own with a sprinkle of salt. Also called red meat or roseheart, these radishes are fantastic to use in slaw, pickled, or roasted. It is a daikon radish heirloom variety with a slightly sweet flavor and a hint of pepper. But what makes a good watermelon radish substitute?

Watermelon radishes can be substituted with green meat or daikon radishes. White turnips, jicama, and parsnips have a similar texture and mild flavor. Use red cabbage hearts or celery for those who primarily want to add a crisp crunch. If it is color you are after, a Hida Beni will provide plenty.

When replacing watermelon radishes in a recipe, it isn’t just about what else is available (although that is a big part). When looking for watermelon radish substitutes, it’s best to consider the radishes’ primary role in that dish. For example, are you trying to get a spicy kick, its texture, the crunch, or is it the color you most miss?

There are a lot of radish varieties out there, and we’ve covered thirty-five of them. Their flavors and colors are all different, but some are more similar than others.

But sometimes, your best alternative isn’t even a radish. It just depends on what you are doing with it. You can also use things such as black pepper, kimchi, mustard, shallots, or a hint of horseradish to help balance out our tamer tasting substitutes we’ve suggested. 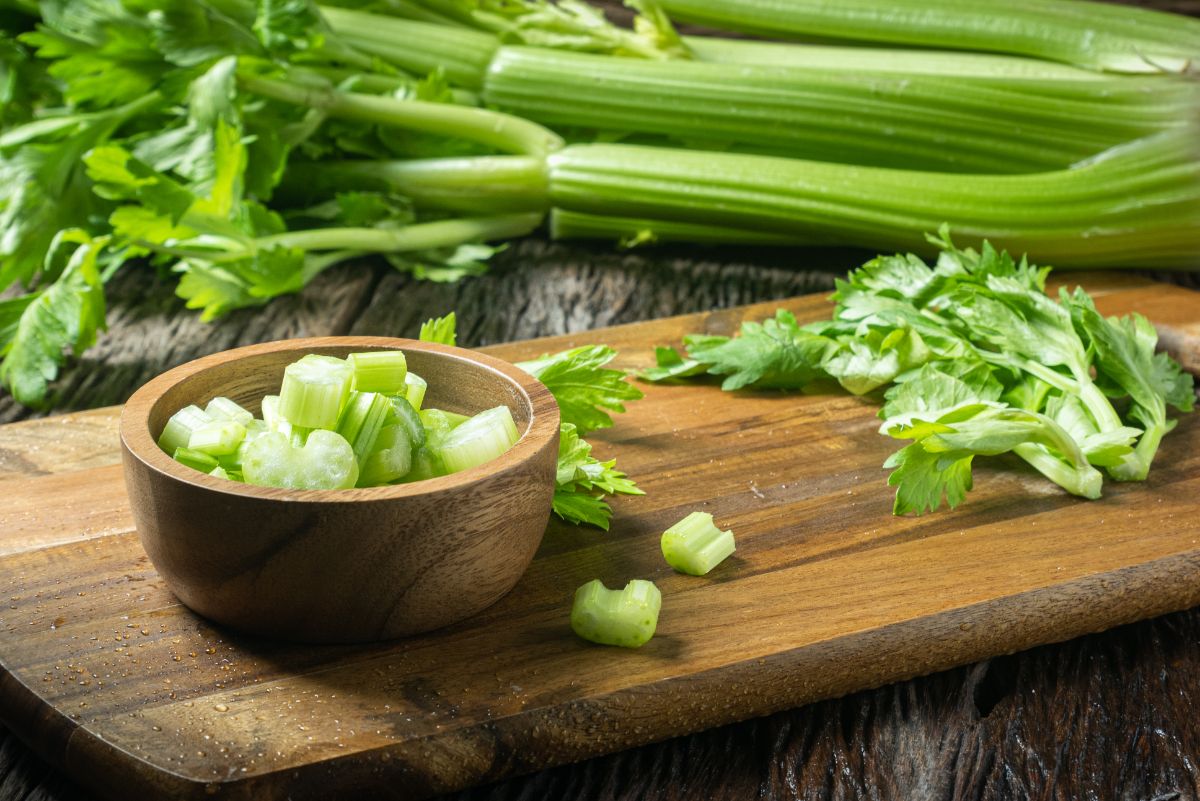 Celery doesn’t have a radish flavor; its role is to add crunch to a dish. But if you are making something that already has a lot of flavors and just want some crispness, then celery is perfect. It won’t change the taste of what you are making, will add low-calorie and inexpensive bulk to the meal while providing that snap between the teeth. 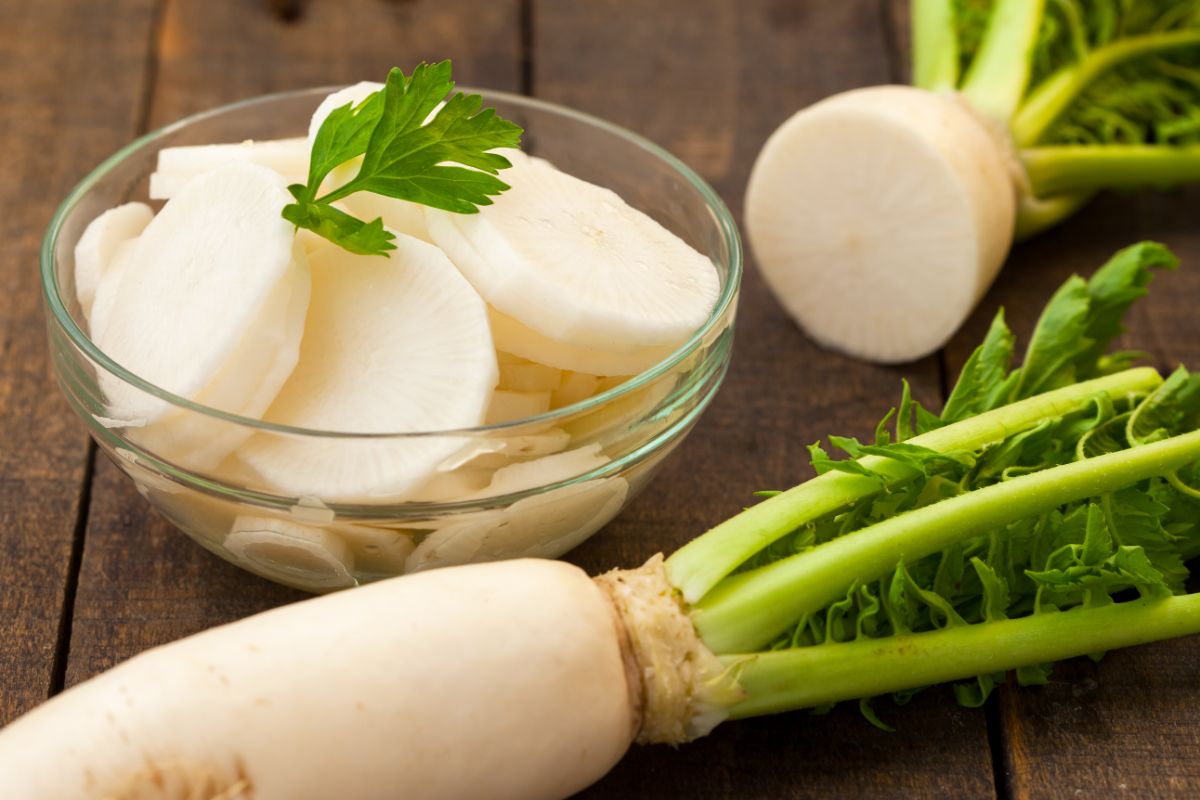 Daikon radishes are where the watermelon started, so it’s perfectly acceptable to return to them when your favorite is missing. It often resembles a bleached carrot. It has that sweet and mild taste. It’s starchier with less fiber than your red and pink radishes, so a great substitutive for the watermelon’s texture. 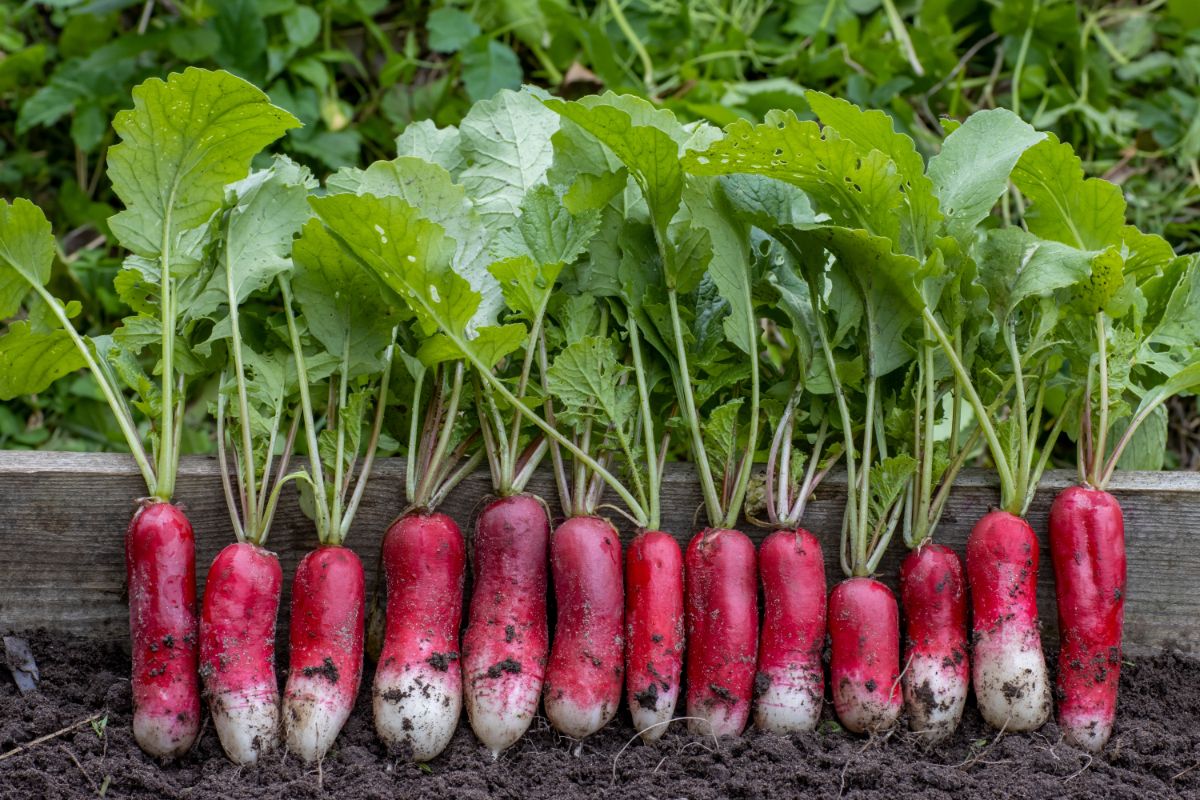 The fire and ice radish is delicate but have a mild flavor with some color. It isn’t as peppery, but the pepper is there. Like the watermelon, it can be eaten raw, pickled, or cooked. It is also a starchy radish, often compared to a potato’s texture when cooked.

As to using them for their own sake, these are highly recommended for sprinkling on your Tuesday Tacos. There are also those that say the fire and ice is the preferable alternative to the French breakfast radish. But we’ll leave the final say on that to your pallet. 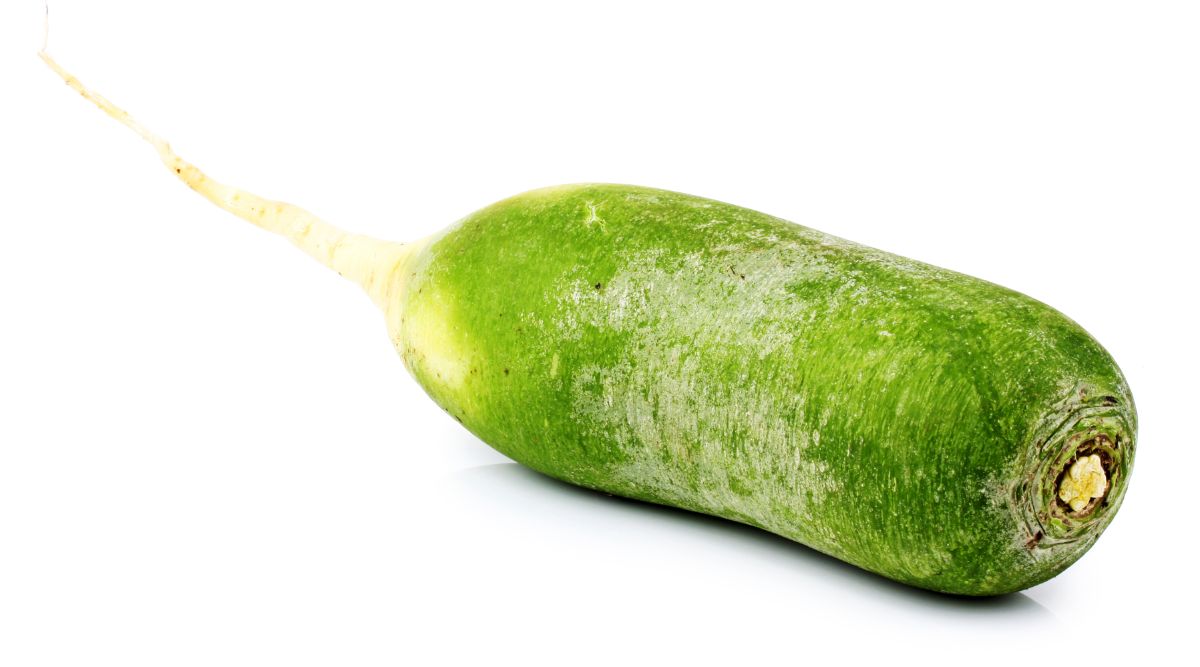 The green meat radish does not have the bright color combination of the inside of a watermelon radish. Instead, it looks like a cucumber that became confused. However, it is also related to the daikon and has a mild flesh. Its spicy kick is slightly more notable, but there is the sweetness there that watermelon radish fans love.

Like the watermelon, the green meat pickles well while also used for salads and cooking. 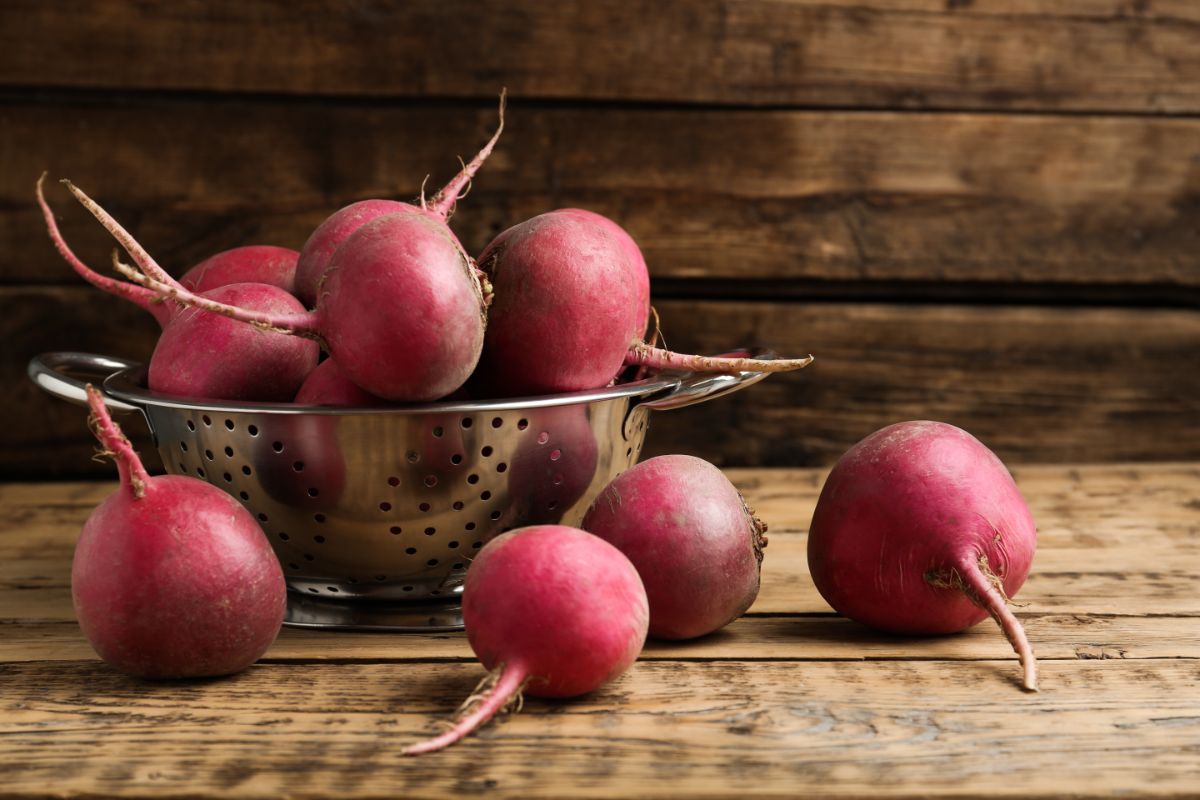 The Hida Beni is a turnip that is similar to the daikon. It has a mild and sweet flavor like the watermelon radish, but without the kick. It can be used raw or pickled. It is the color that makes this vegetable so special. It is a vivid red on the outside, with white inside that is streaked with red.

Hida Beni has been used as a natural dye, so be careful not to stain your clothes. On the other hand, if you enjoy experimenting with natural dyes, give the Hida Beni a try. 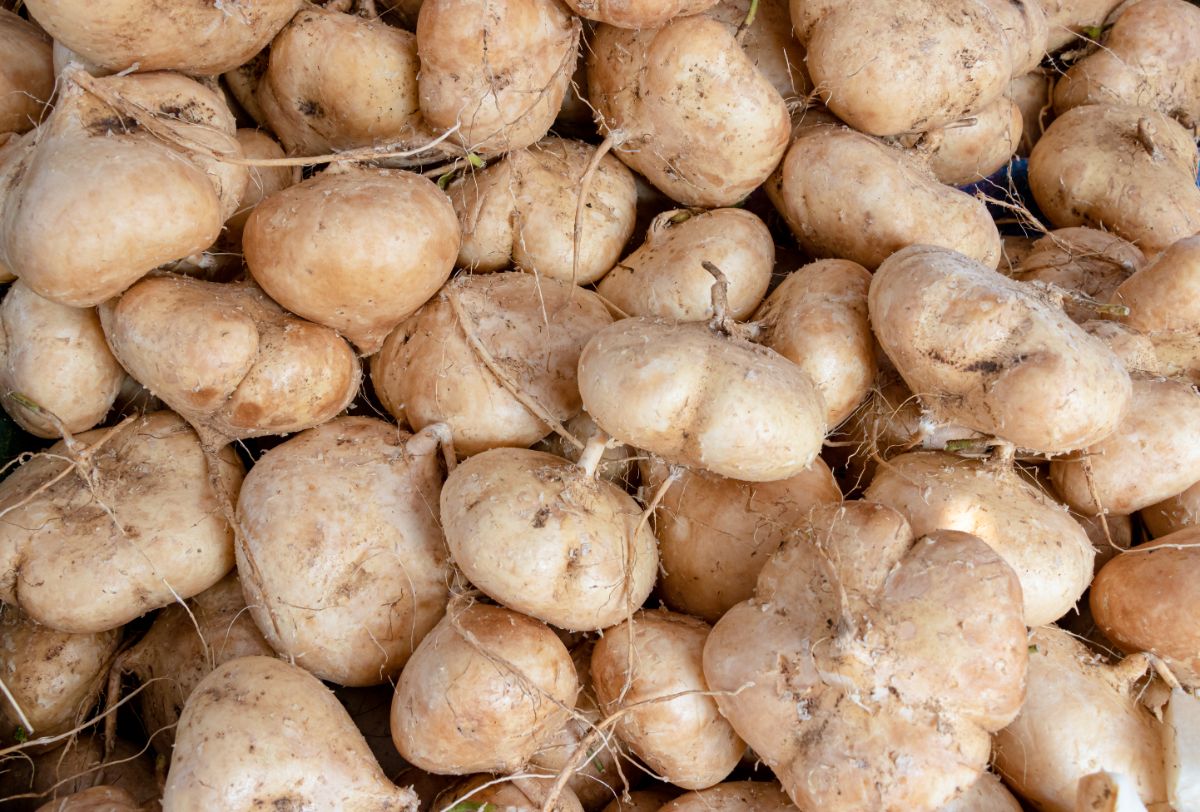 Jicama has more fiber and less kick than your watermelon radish, but it has that crunch and mild-flavored sweetness that reminds many of pears. It looks similar to a turnip. It can be used raw, fried, roasted, or turned into soups. However, unlike radishes, you do want to rid this one of its tough outer skin.

Dieticians and nutritionists adore the jicama because it contains inulin, which is a prebiotic fiber. It’s also high in vitamin C. Thus, a nutritionally great choice. 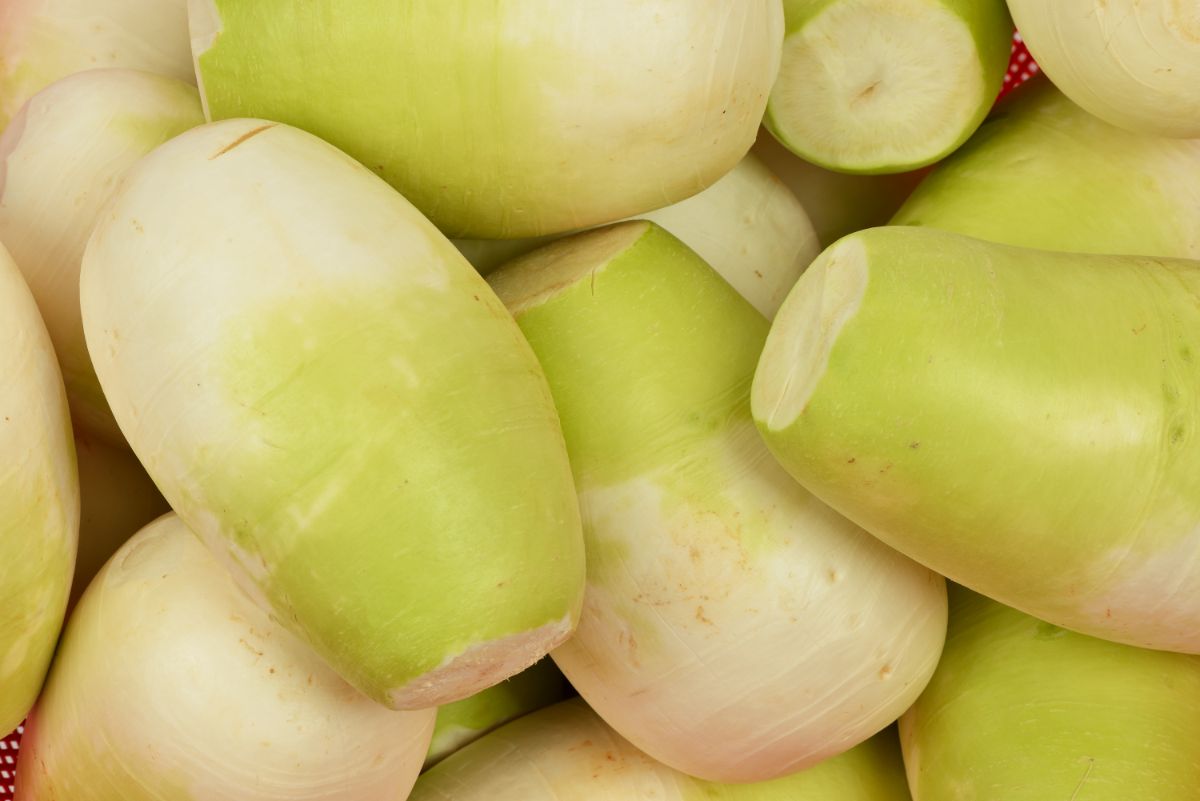 Korean radishes are so cute, like little potatoes that considered becoming an apple. These are incredibly similar to the daikon, but many people find the texture and taste slightly preferable. They even have a bit of green, like the watermelon radish, but alas, no red.

If you used the Korean as the bulk of the dish then added some red radishes or some colorful variations of the Easter egg radish, then you’d be getting some sharpness with your more mild undertones of the Korean. 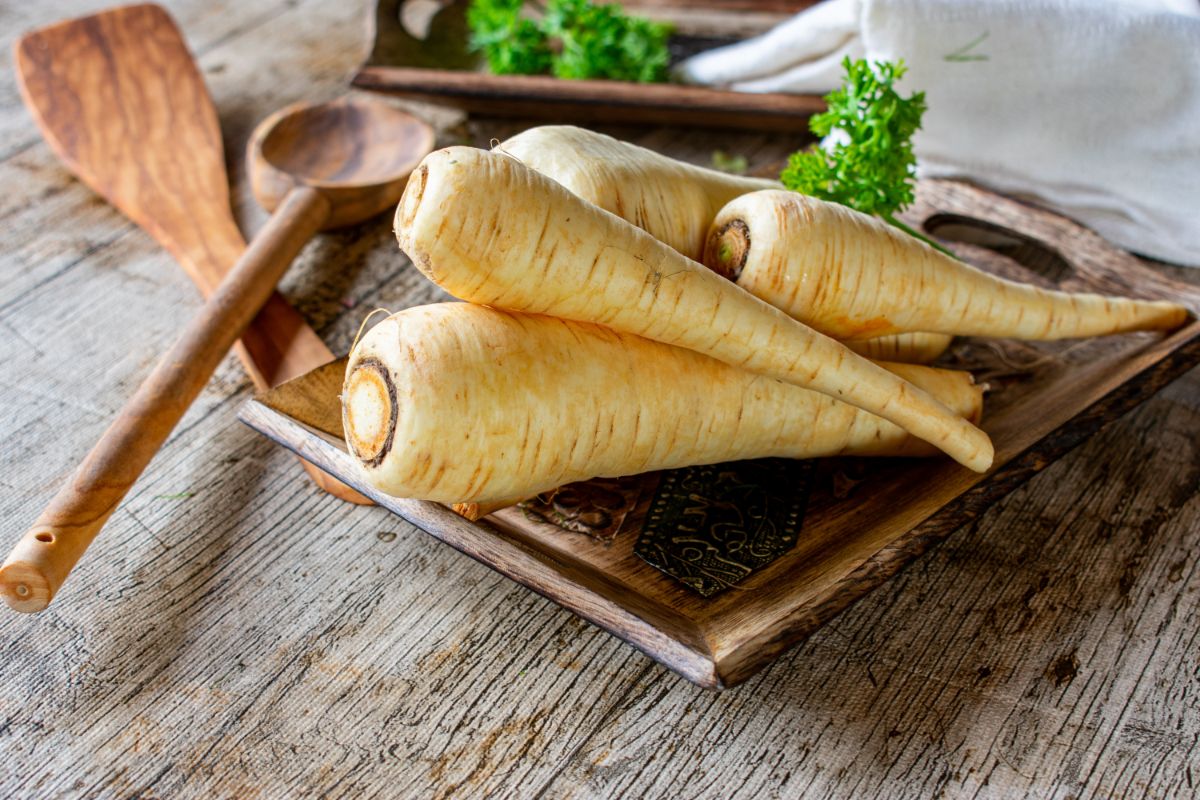 Parsnips have a very similar texture as a watermelon radish, with a hint of that sweetness. You will lose the spicy side, however, although there is a peppery taste in there. Even so, you might want to add extra pepper or a touch of mustard to create a more robust flavor. 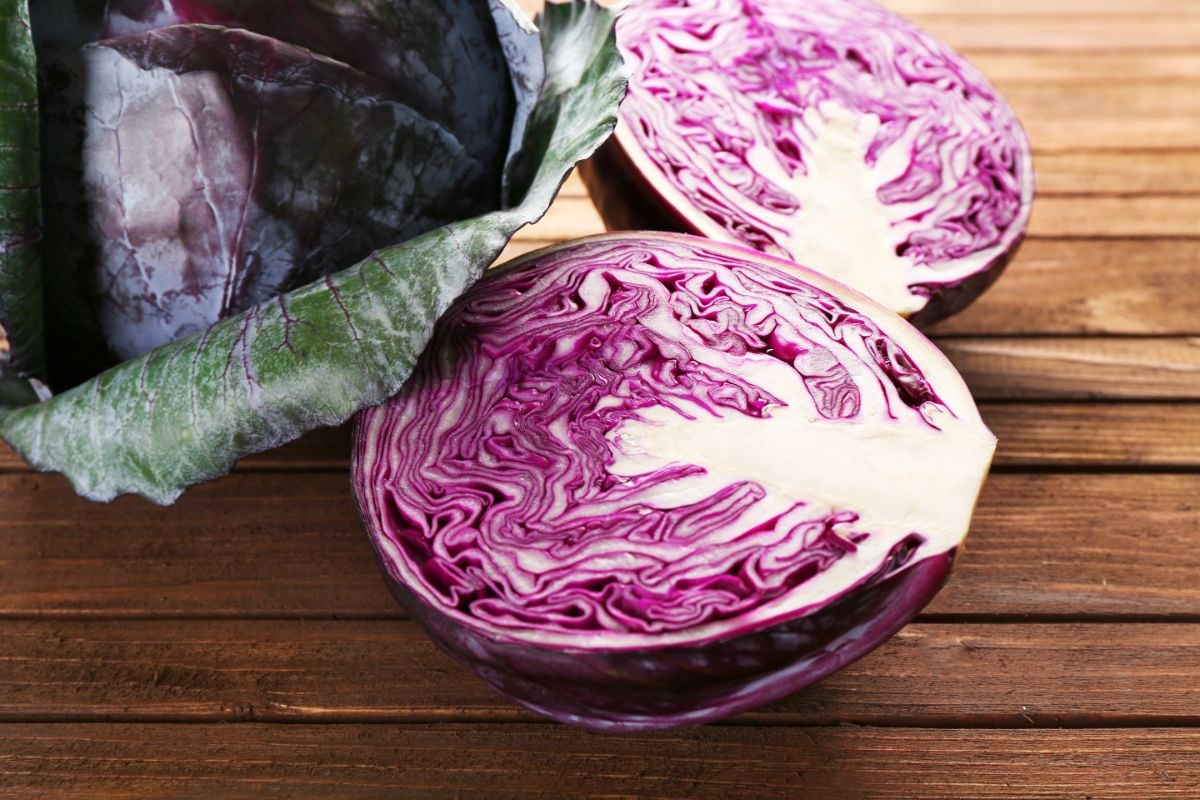 Red cabbage can be a lovely substitute when you want color and crunch and enough flavor coming from the rest of the dish. The heart is most like the radish’s texture, but the outside will provide the color. Cabbage can carry flavors nicely, such as miso or soy sauce. It also can look pretty when shredded in a salad. 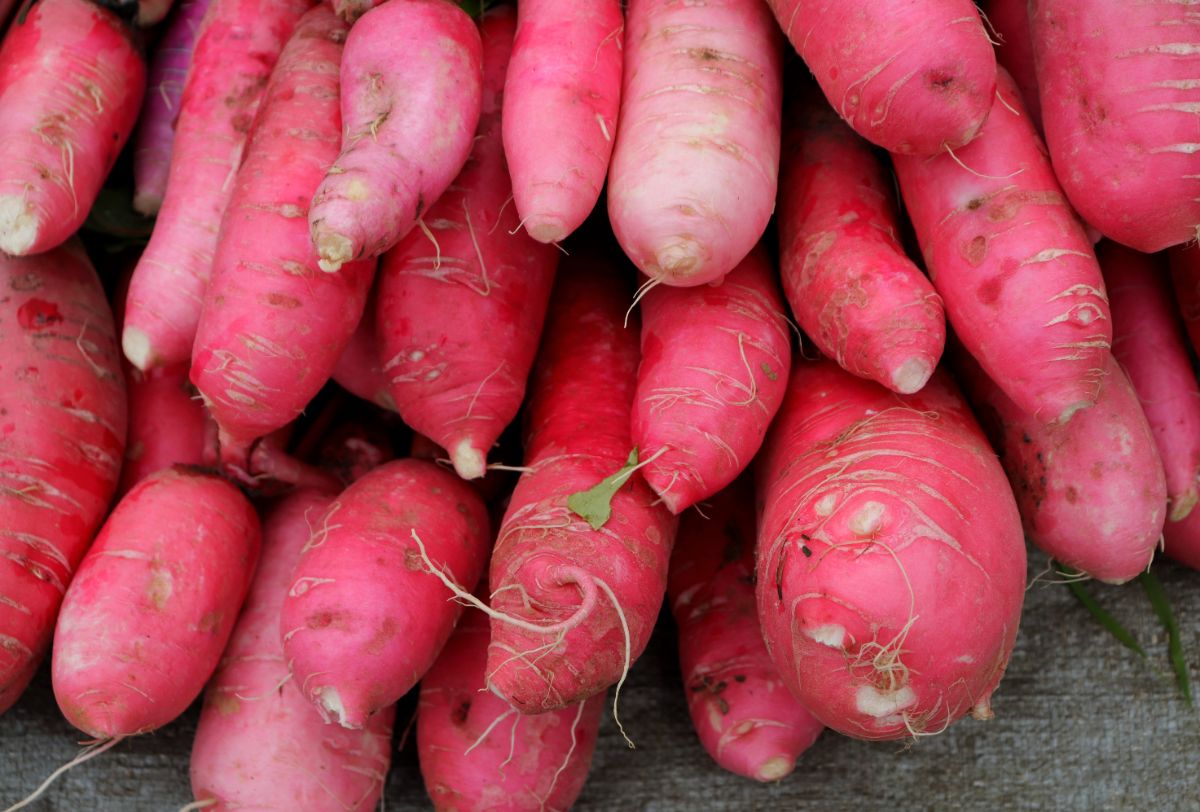 Red or pink radishes are perfect for when you miss the color in salads. However, don’t try to replicate the size of the watermelon radish when selecting reds and pinks. The younger reds and pinks have the sweeter flavor and grow much more sharp and spicy the older they are. Thus, the smaller ones are more likely to have less punch. 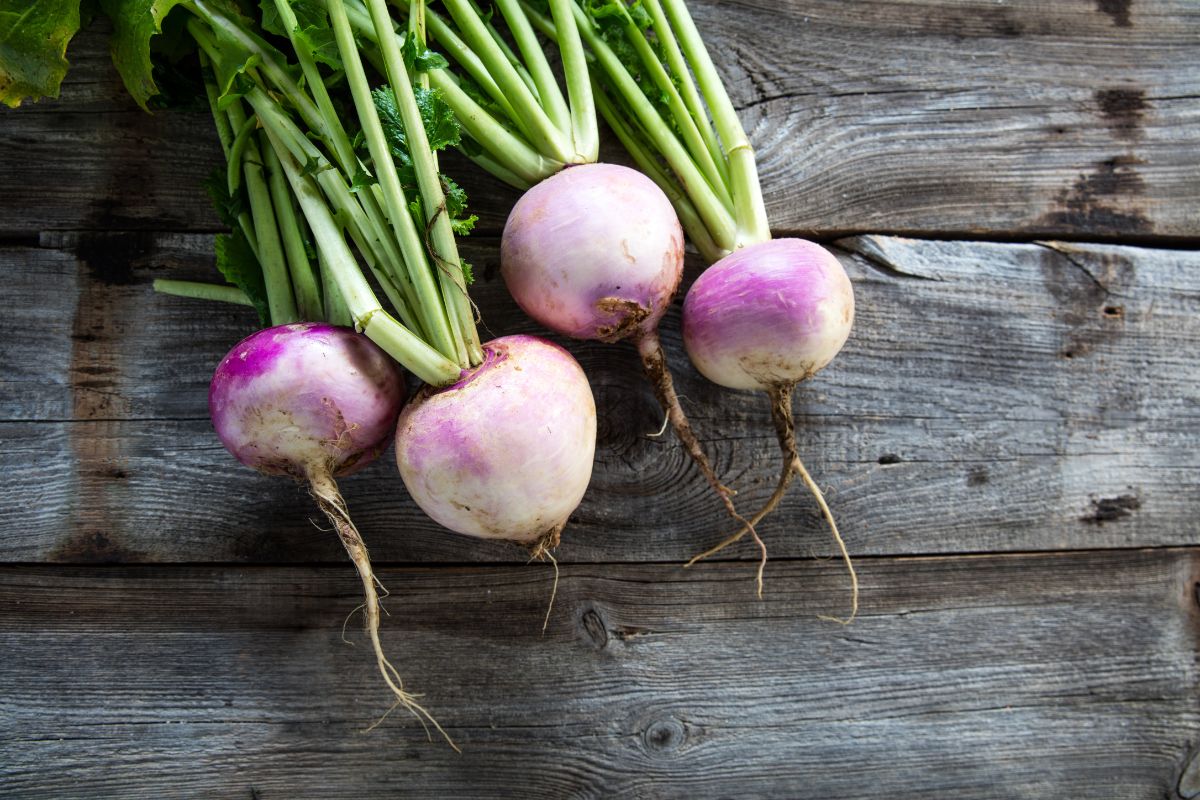 Regular white turnips are incredibly similar to the daikon. Thus, if you don’t mind the white color, you’ll have a watermelon radish substitute that is similar in texture and flavor. However, there won’t be the sharp pepper tones, so add a little zing, by either a dab of kimchi or mustard, if required. A shallot could also bring that missing mild sharp tang.