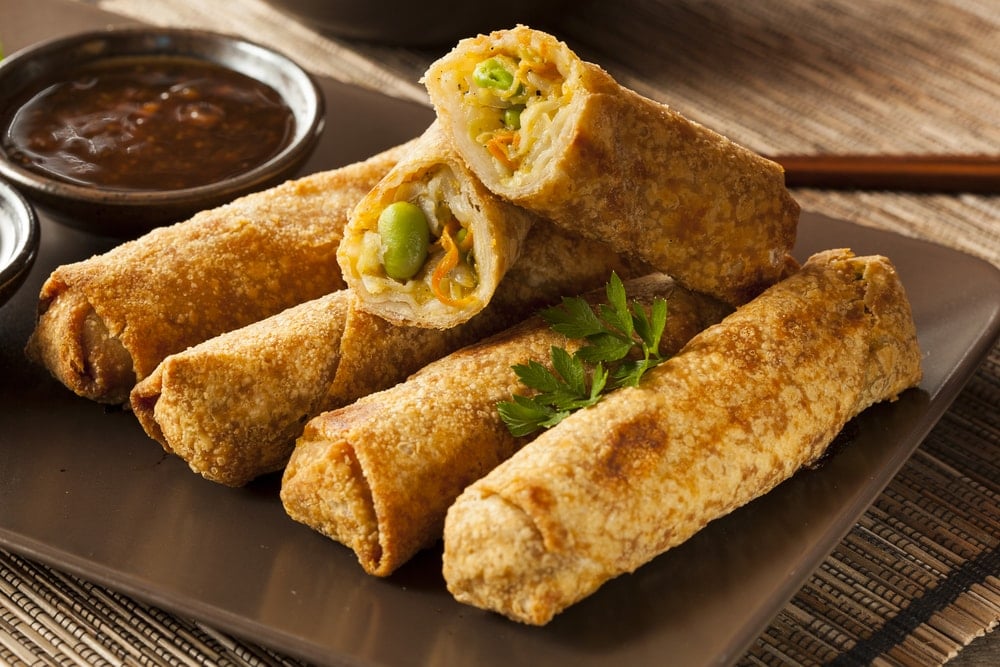 I must admit, I’m really picky about egg rolls. But if you’d grown up in a traditional Vietnamese family and your mom happened to be the queen of homemade egg rolls, you would be too. Of course, I wasn’t able to appreciate having authentic egg rolls as a staple in my diet until much later in life.

Back then, there were many a lunch period when I would long for the PB & J sandwiches my friends pulled from their lunch boxes, only to resign myself to the leftover egg rolls my mom packed instead. And many a holiday potluck when I wished she would show up to school with a tray of frosted cupcakes, like the other moms, instead of more…you guessed it…egg rolls. 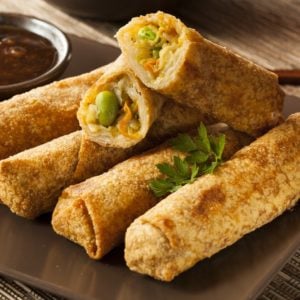 Alice Mesa
While egg rolls are hard to resist on their own, pair them with the right condiment and they are downright addictive. Typically made with fish sauce, my vegan version of a condiment for egg rolls relies on soy sauce. For the most epic of egg roll experiences, eat them with a spread of lettuce greens and fresh herbs like cilantro, basil, and mints.
Print Recipe Pin Recipe Add to Collection Go to Collections
Cuisine Vietnamese
Servings 9 Servings

It wasn’t until my mom passed away that I realized how good I’d had it. Her egg rolls really were the best. They were a harmonious balance of pork and vegetables, flawlessly seasoned, each one neatly wrapped and fried to golden perfection. I told myself that I’d try making them one of these days, following the recipe she’d scribbled down on a notepad. The years went by and I never did. And then I became vegan. So what’s a girl to do when the egg rolls of her childhood still haunt her dreams but she doesn’t eat meat anymore? She comes up with her own recipe. Having known both meaty egg rolls and meatless ones, I can tell you that my version made with plant-based ingredients is every bit as drool-worthy. And I’m not just saying that because I’m vegan. Even without the meat, these egg rolls are full of flavor. My secret ingredient? Mushrooms. Mushrooms have an amazing level of savoriness and I depend on them with my vegan life. To round out the mushroom “meat” without detracting from its flavor, I use cooked, mashed mung bean.
Keyword Recipe, Side Dish, Vegan Egg Roll