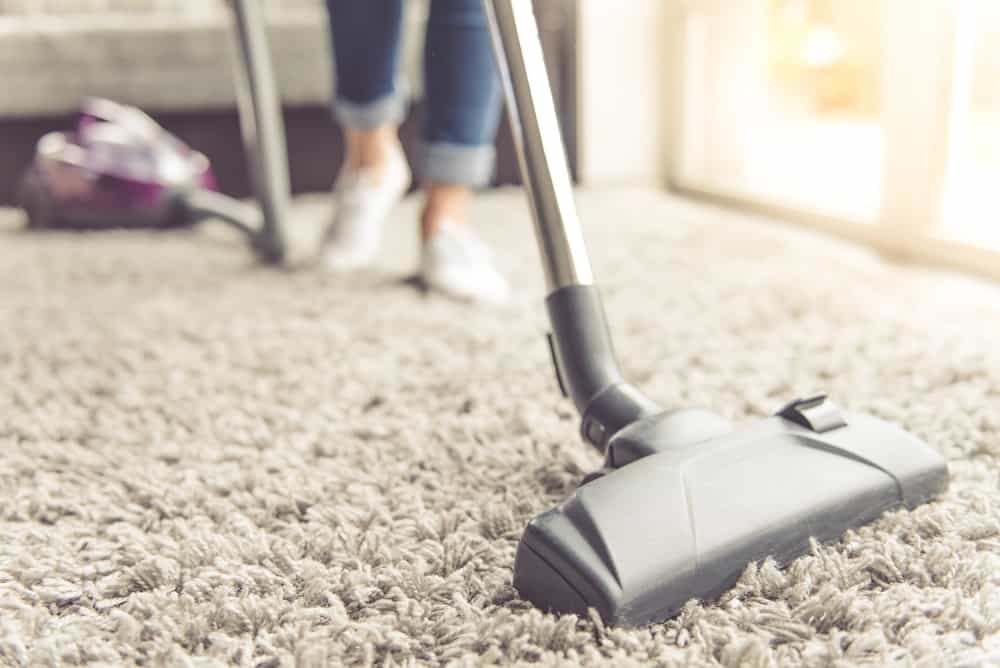 We have many different types of vacuum cleaners today, all for the same purpose of making our household chores easier to accomplish. Although there is a wide range of selections to choose from, they were all borne out of necessity.

Discover the brilliant minds behind this reliable household appliance and how it managed to suck away our household dilemmas. 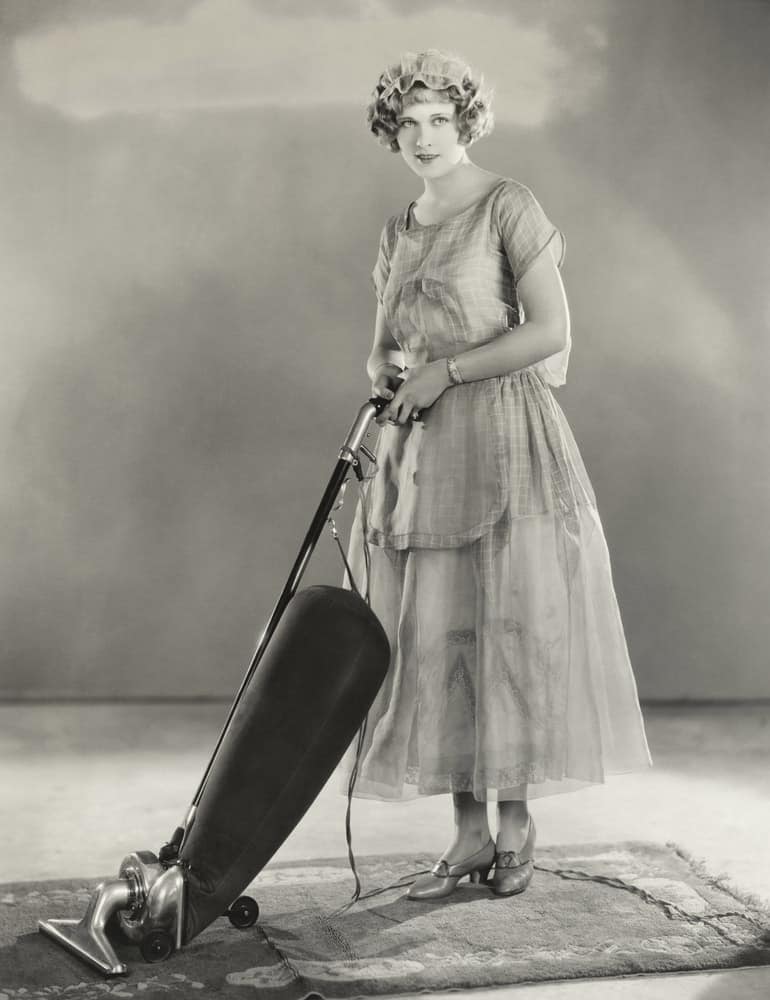 The vacuum cleaner is as a result of multiple and gradual improvements to the broom, whose use dates back to 2,300 B.C. In 1797, Levi Dickenson perfected the earlier broom after noticing his wife’s did not sweep and bristles were falling off. He made some brooms from sorghum and even sold them across New England such that by 1850 they were known as broomcorn.

The cleaning process was still tedious, and people searched for technologically-advanced methods of cleaning, so inventors obtained patents for mechanical sweepers. The sweepers were still not useful, so Hiram Herrick from Boston submitted a patent for a carpet sweeper, in 1858. Other inventors did the same for the next two years, but they hardly made any sales.

The revolutionary history of the vacuum cleaner began in 1960 when Daniel Hess made a change to the sweeper by adding air to the sweeper. It was still a manual vacuum that used a rotating brush and bellows for creating suction to suck the fine dust. The machine became the foundation for the present-day vacuum cleaner as investors borrowed the concept from it.

Ives W. McGaffey of Chicago improved on the Hess design and invented the “Whirlwind,” wood and canvas contraption, in 1969. A belt-driven fan and pulling the hand crank while at the same time pushing it across the surface were the ways of operating it which it made awkward. Two people, therefore, had to run it. It did do well in the market and retailed at $25, which is an equivalent of $450 today. American Carpet Cleaning Company, the firm behind that sold this device almost shut down due to the slow sales and two fire incidents. It had destroyed nearly all Whirlwinds by 1872.

In 1876, Melvin Bisell of Michigan produced a manual carpet sweeper. His wife, Anna, maintained the company developing it into the leading vacuum cleaner firm in the industry today, after including portable vacuum cleaners to its list of cleaning devices.

In 1892, gasoline became a source of fuel. In 1899, John Thurman of St. Louis invented his gasoline-powered pneumatic vacuum cleaner, which historians consider to be the first motorized vacuum cleaner. The machine did not operate by suction, but instead dislodged the dust and blew it into a receptacle, using the air-blast it produced. He obtained a patent for the cleaner on 3 October 1899. He made house calls by traveling to a customer on a horse-drawn wagon, and in 1903 he was charging $4 for each visit.

In 1901, Hubert Cecil Booth who was a British engineer invented a motorized vacuum cleaner after reverse engineering Thurman’s patent. Cecil obtained his on license on 30 August 1901 and the machine, called the Puffing Billy, needed a horse-drawn carriage to pull it. The cleaner got high-profile jobs such as one in 1902 when Cecil was commissioned to vacuum clean the Westminster Abbey in preparation for the coronation of Queen Alexandra and King Edward VII. They were pleased with the results and bought the devices for Windsor Castle and Buckingham Palace.

During the First World War, naval reservists contacted spotted fever, and several of the Puffing Billy machines cleaned the Crystal Palace in London. They gained popularity in high-end hotels and buildings in New York and the rich built them into their homes. They were machines for the upper-class society and not for ordinary citizens.

In 1905, Walter Griffiths of Birmingham, England created the first portable vacuum cleaner which he marketed in the domestic market. In 1906, Kirby invented the Domestic cyclone, the first of many subsequent vacuums. The device used water to separate the dirt. His later inventions became popularly known as Kirby Vacuum cleaners. The vacuum was not only portable and easy to store, anyone could use it since the working was straightforward, and where the user just compressed the bellow-like contraption that sucked up dust using a removable, adjustable pipe, to which one can attached different shaped nozzles. 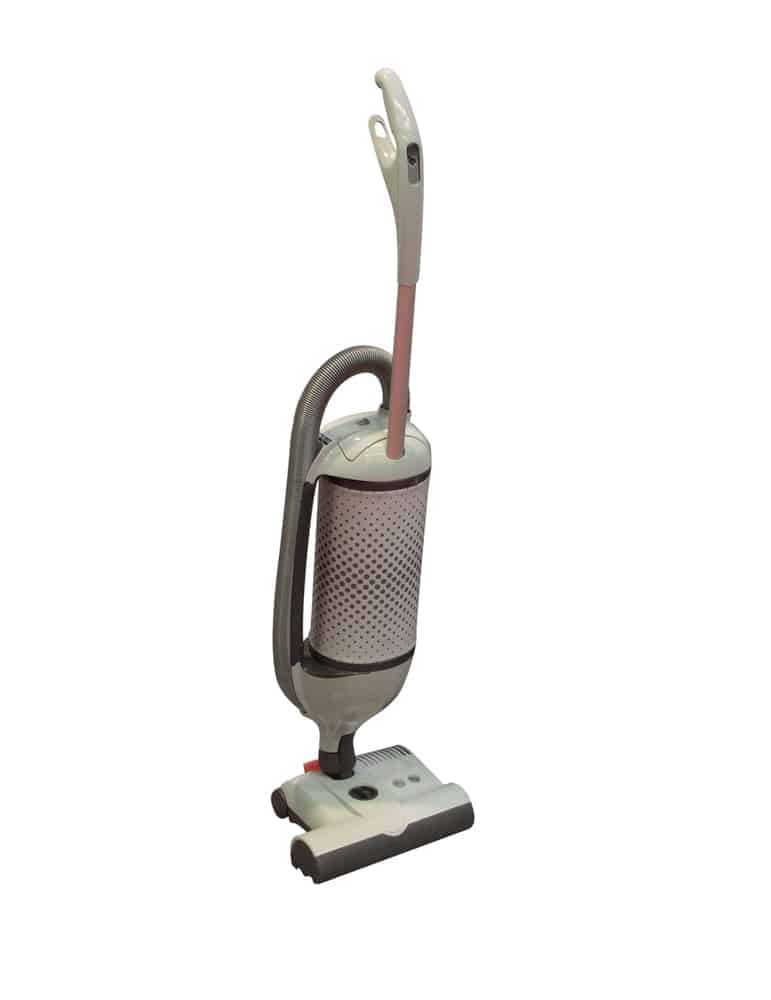 In 1907, James Murray Spangler who worked as a janitor in an Ohio department store figured that his chronic cough was due to the carpet sweeper he was using. Being a tinkerer, he used a pillowcase to collect dust, stapled a broom handle with a soapbox and attached a fan motor. With that, he invented an upright, portable and electric vacuum cleaner. It was able to suck dirt and blow it into the attached pillowcase. He received his patent in 1908, quit his job and started his company, the Electric Suction Sweeper Company.

Spangler had many investors including the owners of the department store, to help him kick-start his production process. He was able to rent factory space and buy 75 motors, but still, he needed more money, so he obtained loans and put up his house as collateral. James Spangler defaulted on repayments to the bank which was ready to lock him out of the house and auction it. Spangler was desperate, so he turned to Susan Hoover, his cousin, and early satisfied customers, for help.

William Hoover, Susan’s husband, was a famous leather goods producer. After overcoming his initial doubts, he gave in and bought the patent rights in 1908, from Spangler. Spangler, however, went on designing for the company. William spent a lot of money on research and development as well as marketing, using door-to-door salespeople. William changed Spangler’s creation into the massive success it is today. According to Carol Gantz, who authored the book titled ‘The Vacuum Cleaner: A history,’ “Without Hoover, Spangler’s business would have failed.”

William continued to finance further improvement Spangler made to the vacuum cleaner, and the finished design looked like a bagpipe mounted on a cake box, but still worked with high efficiency. They began selling the design hose initial sales were very slow but took a turn when Hoover introduced a 10-day free trial for home use. Almost everyone bought the vacuum cleaner, and by 1919, the Hoover vacuum cleaners incorporated the beater bar in line with their slogan” it beats as it sweeps as it cleans.”

In 1922, the Electric Suction Sweeper Company changed its name to Hoover Company. The first vacuum cleaner, the 1908 Model O retailed at $60. Hoover has become a household name, with some people adopting ‘hoovering’ to refer to the vacuum cleaning process. The business sells in millions, and the Spangler prototype has not changed much since then, only designs have become quieter, smaller and sleeker. Gasko says that “go back to the …1930s, nothing new has been invented since that time. It hasn’t.”

The Hoover Company marketed the Constellation which was a different vacuum cleaner because it did not have wheels. Instead, it floated on the exhaust which operated as a hovercraft. The constellation had a rotating hose to enable the user to place it at the center of a room and work around it. Their introduction was in 1954, and their spherical shape makes them easily identifiable. They are great to clean hardwood floors.

The company continued to modify and update the constellation over several years till it discontinued in1975. The modern design is quieter especially when cleaning carpets because it muffles the sounds. They float on a bare floor or carpeted floors, but when cleaning hard floors, the exhaust air could lead to the scattering of debris and fluff.

Hoover Company re-released the updated version of the constellation with changes being a HEPA filtration bag, a turbine-powered brush roll, a redesigned version of the handle and a 12-1mp motor. In the UK, the exact model was marketed using the Maytag brand name, Satellite, owing to licensing restrictions. This model remained in the market from 2006 to 2009. 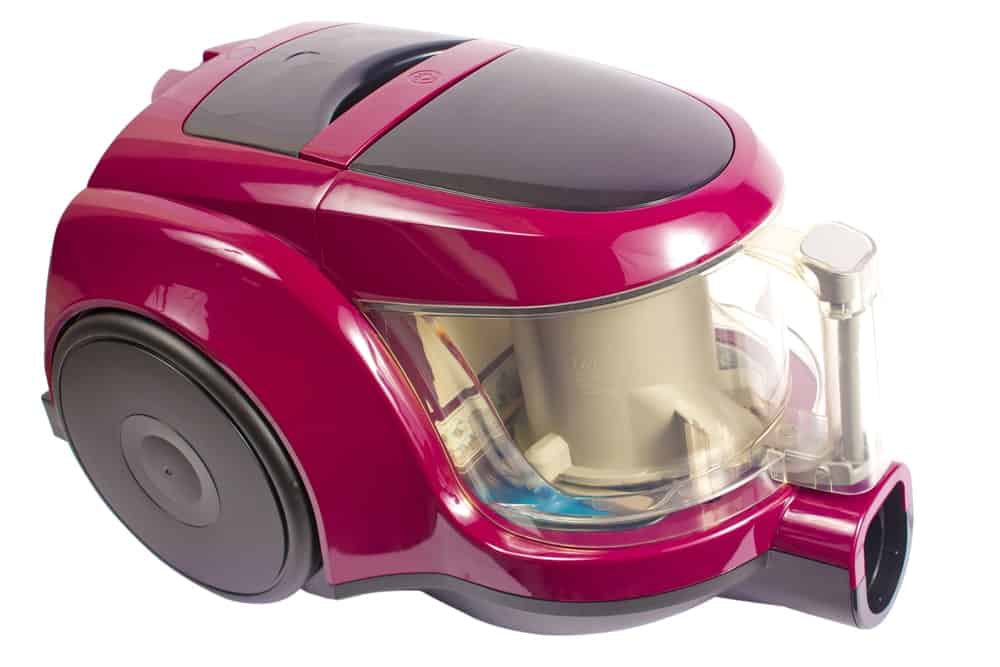 In 1910, the Fisker and Nielsen Company in Denmark became the first company to sell vacuum cleaners in Continental Europe. The design was light with a weight if about 17.5 kilograms and therefore one person could operate it. In 1921, Electrolux, a Swedish company launched their model that enabled the device to lie open the floor using two thin metal runners. In 1930, Vorwerk, a German company began marketing their model which they used direct sales to sell.

In 1920, the Air-way Sanitizor Company in Toledo came up with the ‘filter-fiber’ bag that was disposable, an innovation that introduced the first disposable dust bag to vacuum clears. In 1926, the company also invented the 2-motor upright vacuum which was the first of its kind and the ‘power-nozzle’ vacuum cleaner. According to their website, Air-Way Sanitizor became the first firm to have a seal on the dust bag, as well as the pioneer of HEPA filters on vacuum cleaners. 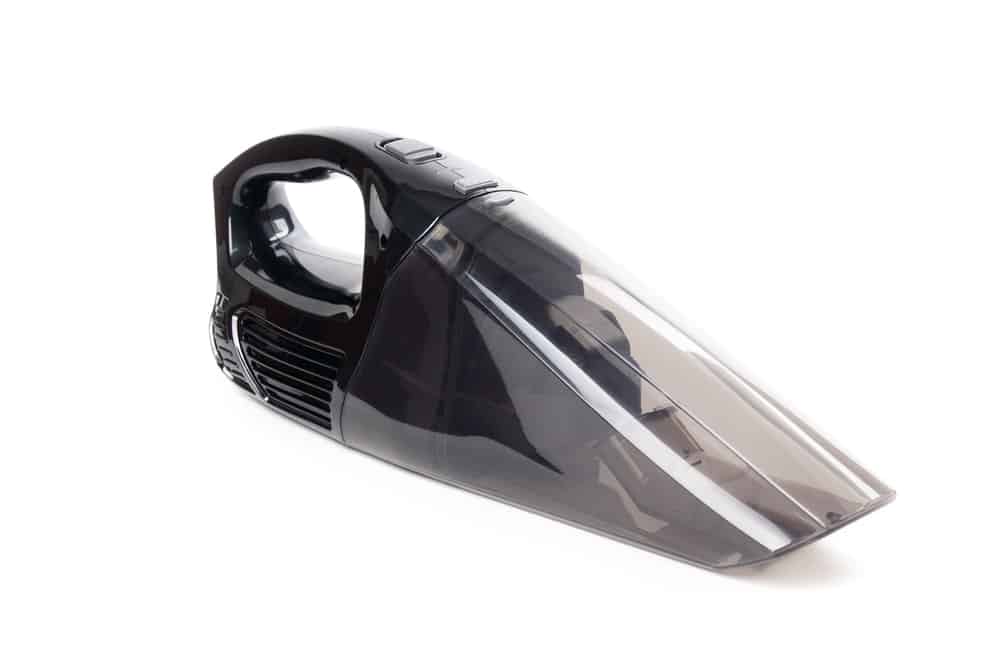 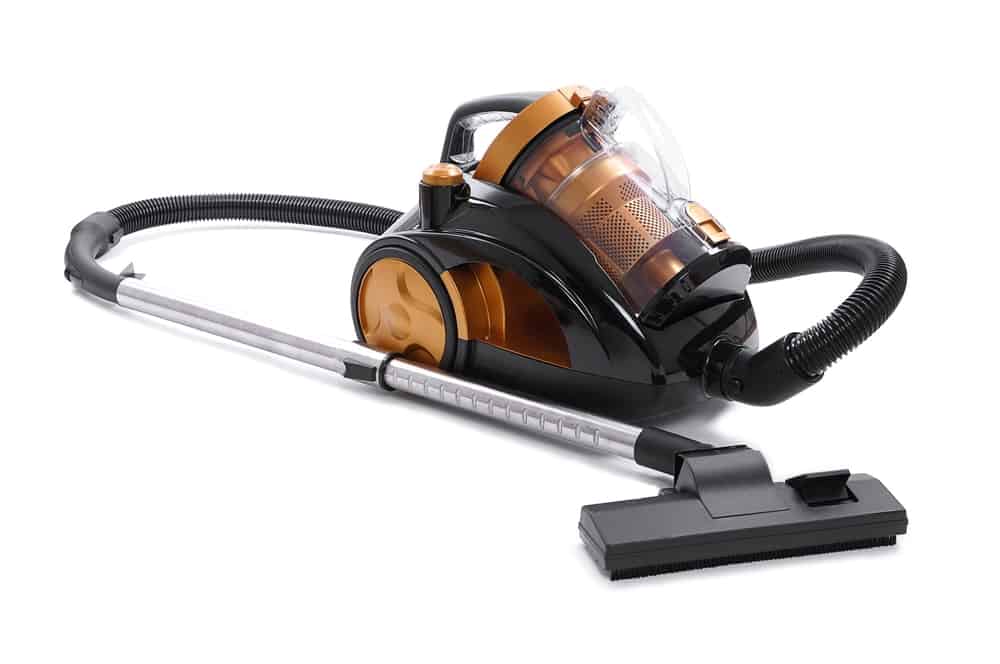 In 1983, James Dyson created the G-force vacuum cleaner, which was the first dual cyclone machine without a bag. His invention did not sell among manufacturers, so he began his own company. In the 1980s, he launched the cyclone cleaner in Japan at the cost of around US$1800. Dyson marketed the Dyson Dual Cyclone(DC01) making it the fastest-selling vacuum cleaner to have ever been made in the UK, going for £200, though critics did not expect it to sell due to the high price that was double the cost of a conventional unit. 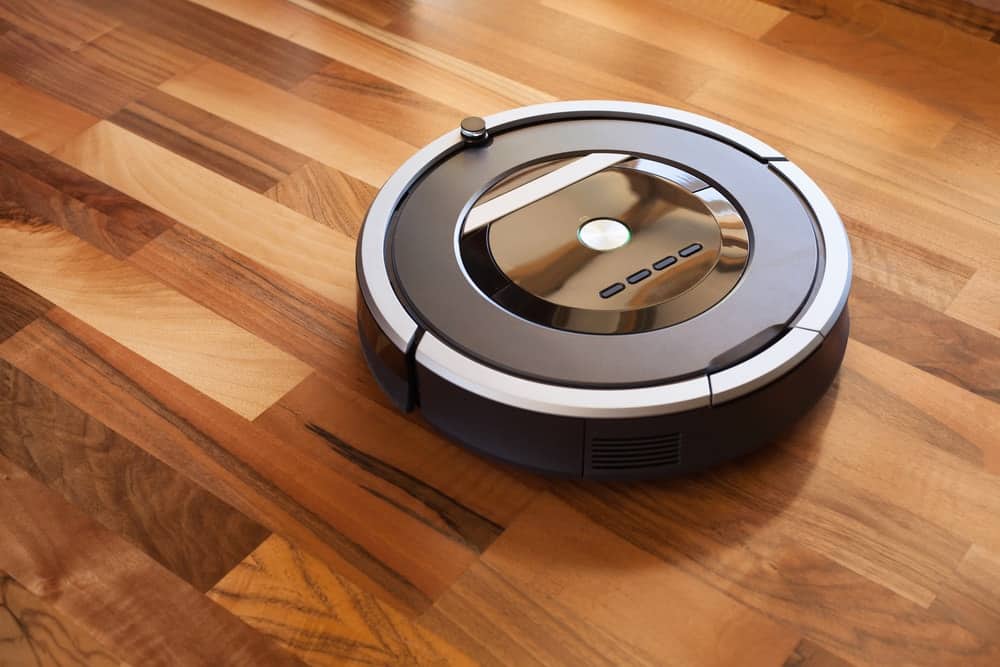 During the late 1990s and early 2000s, some companies came up with robotic vacuum cleaners that had limited suction power. Several of the brands include the bobsweep, Neato, and Roomba. They can move autonomously and collect dust and debris while emptying it into a dustbin. Neato Robotics in December 2009, launched the first robotic vacuum cleaner in the world which can scan and map the surroundings. The map helps it to vacuum the floor methodically, though it may need to go back to the base to recharge.

The recent developments of the vacuum cleaner include Airider which is similar to the Constellation in that it floats on a cushion of air, released by a British company in 2004. Other innovations are the Air Recycling Technology which uses an air stream to gather dust from the carpet, instead of a vacuum. Market Transformation Program (MTP) tested the method and found it to be a more energy efficient way in contrast to the vacuum cleaning method. The prototypes of Air Recycling Technology that exist are useful but no production cleaner uses them.

The modern vacuum cleaners come in different configurations to use both domestically and commercially. Such settings include the upright cleaners which are popular in Britain, the United States and most Commonwealth countries, but not prevalent in the Continental European countries. They have a cleaning head where the bag and handle are attached. They clean by sweeping and vibrating and come in two varieties; the clean-air type mainly for commercial vacuums and the dirty-air used in domestic vacuums.

Another new configuration is the canister or cylinder model in the UK, which dominates the European market. Their unique advantage is the flexibility in that the user, depending on the tasks at hand, can attach different heads and can also maneuver the cleaner such that the head reaches under furniture as well as vertical surfaces. 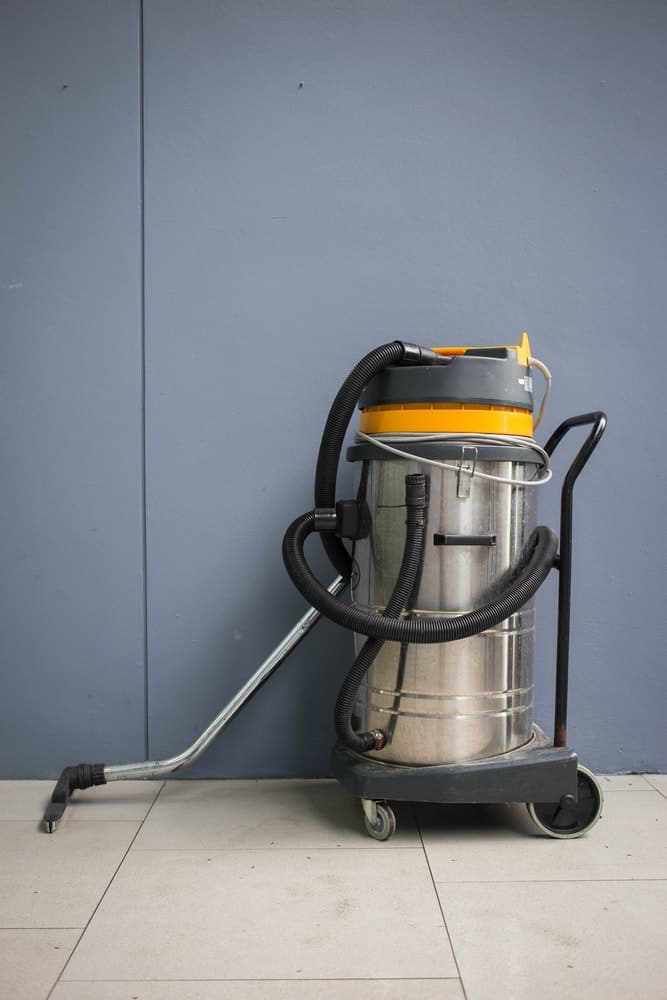 Drum models or shop vac models are heavy-duty versions of the canister vacuum cleaners. The cylinder, in this case, is a large drum positioned vertically and can either be stationary or move on wheels. The small versions use electricity for power while larger ones rely on the Venturi effect to create a partial vacuum. It has a dust collection system that is built-in, making it ideal for use in many workshops.

Wet/dry vacuum cleaners can clean wet spills. They are usable both indoors and outdoors and can accommodate dry and wet debris. Pneumatic models are a version of the wet/dry cleaners and hook up to the compressed air. They are invaluable to manufacturing plants since they can accommodate damp and dry dirt.