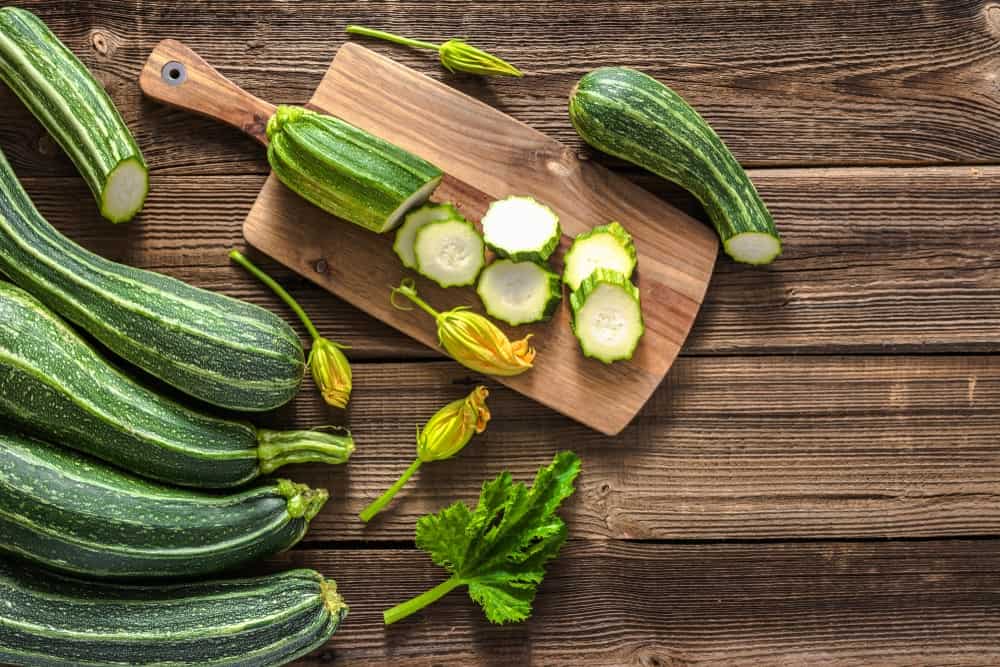 Okay, I'll admit it... I'm not a big zucchini fan. But, I'm in the minority because millions of people love this versatile veggie. The thing is, there are many different types of zucchini, which we set out here with a cool zucchini chart.

Formerly called the “green Italian squash”, zucchini was barely given any recognition in the United States until the 20th century. Today, this versatile and super affordable vegetable is a common ingredient in a wide array of dishes which includes both savory dishes and desserts.

Unlike other kinds of vegetables, zucchini doesn’t come with a distinct flavor. In fact, most consumers have the opinion that zucchini hardly has any taste, except for super fresh zucchini which tends to be a little sweet.

It’s also generally observed that zucchini takes on the flavor of whatever you cook it with which is why chefs and home cooks prefer to make zucchini alongside other tasty vegetables and ingredients. If you haven’t shopped for zucchini ever, then remember that the best zucchini is the one that is slightly firm on the outside but soft on the inside.

History tells us that the natives of Central and South America have been indulging in zucchini for more than 7,000 years. However, the kind of zucchini that we eat today first originated in northern Italy during the 19th century.

Christopher Columbus – a renowned Italian explorer – acquainted everyone with zucchini seeds, as he was the one who brought them back from one of his expeditions to Europe and the Mediterranean region. But it wasn’t until the early 1900s that this enticing green vegetable was used as an ingredient in modern dishes. It is widely considered that Italian immigrants brought zucchini when they moved to the United States and cultivated its seeds in abundance in California.

This popular vegetable is loved by all home gardeners since it is so easy to grow and take care of. Bear in mind that it is only best to sow its seeds in the summer season – an ideal time to raise zucchini.

Did you know that zucchini comes in several types? If not, then fret not, because here we have discussed some of the major types of zucchini. 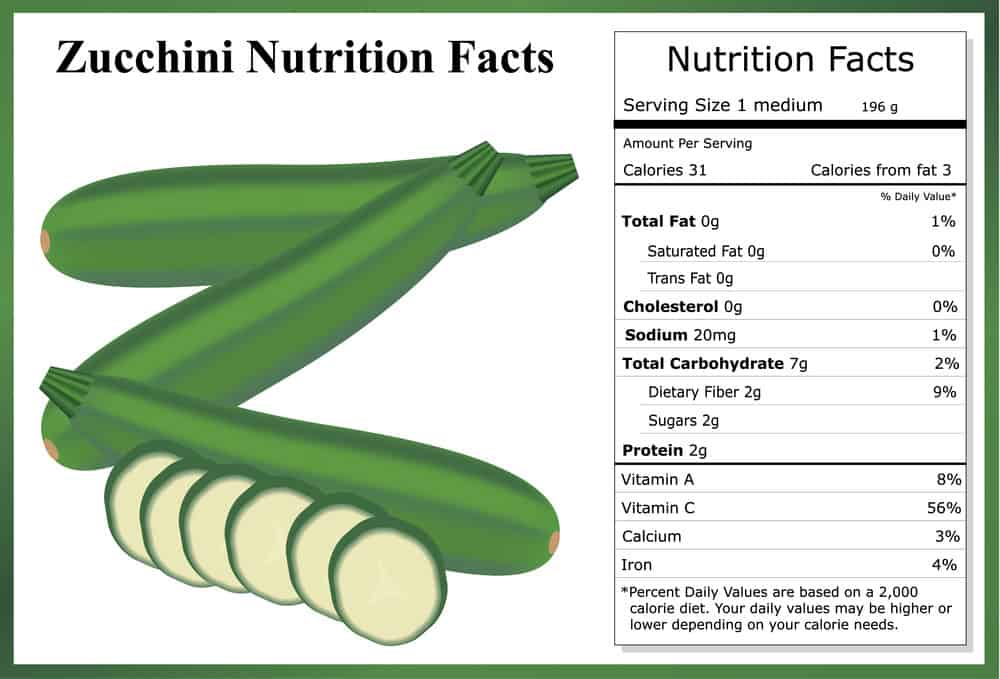 What are the Different Types of Zucchini? 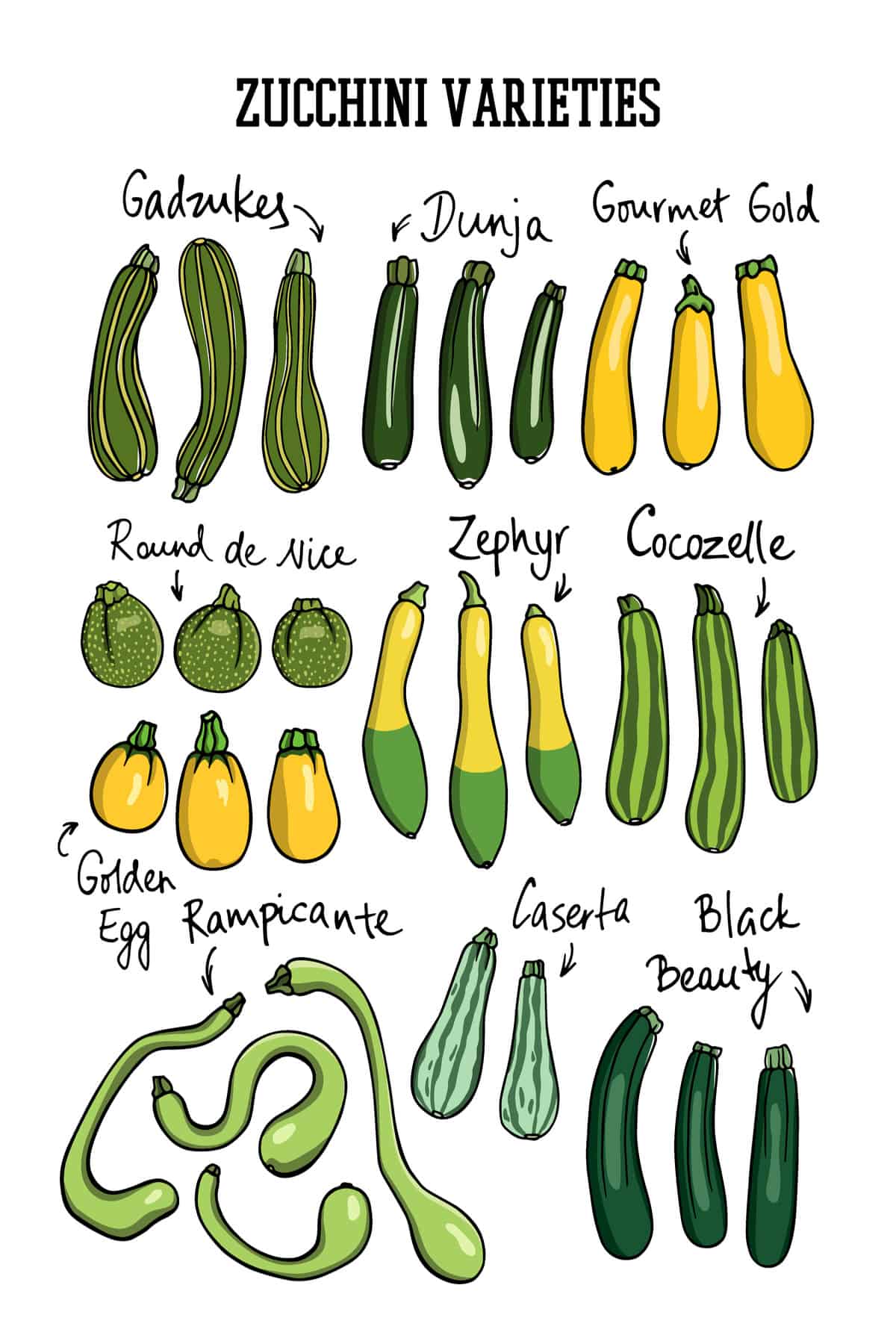 Depending on the region you live in, you may come across zucchini being referred to as cocozelle or Caserta. Note that the zucchini comes in many varieties; each of its types has its own color, taste, and appearance. Some of the most common types of zucchini that are eaten on a regular basis are discussed in detail below. 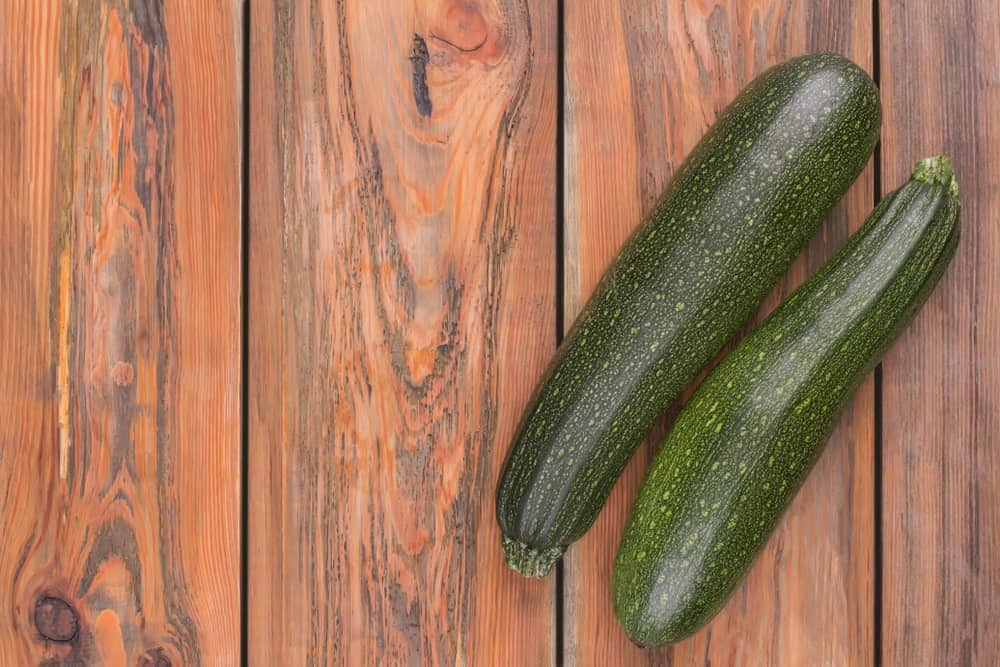 Black beauty zucchini is one of the most popular varieties of zucchini available on the market. It is an easy-to-grow vegetable that is normally used in salads, soups, gravies, etc. This heirloom squash is eminent for its dark-green, almost black color which has a creamy white flesh on the inside.

This summer squash can easily grow up to 12 to 24 inches, with an abundance of fruits. You can easily harvest black beauty within 50 days and then savor it whichever way you fancy. 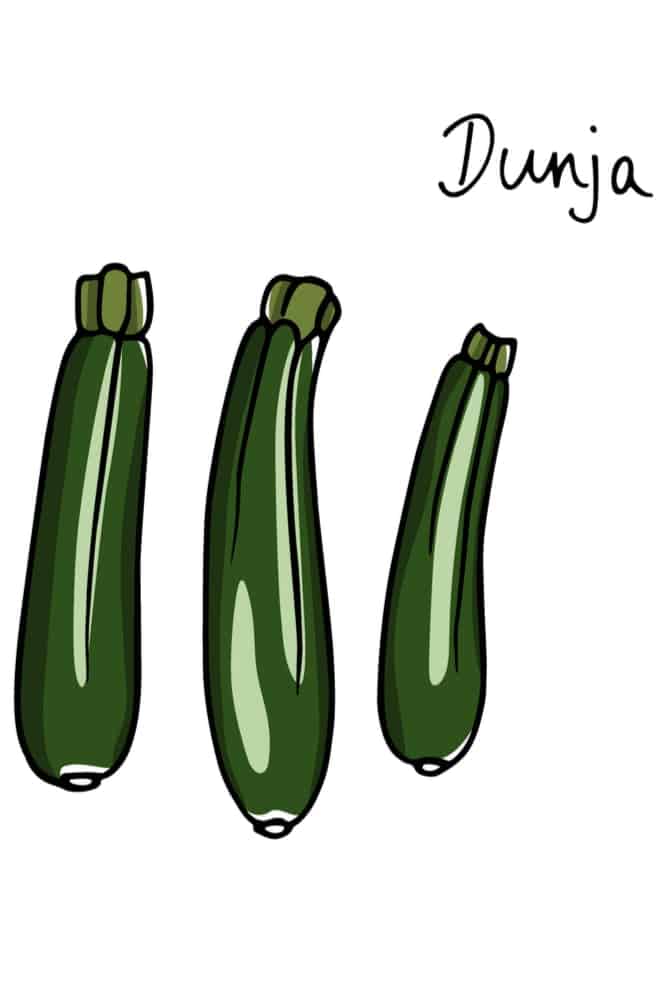 Another widely sought-after zucchini, also known as dunja zucchini, is straight with dark-green and glossy skin. Note that gardeners highly prefer those vegetables that are easy and quick to harvest. And dunja zucchini is a prime example of it! 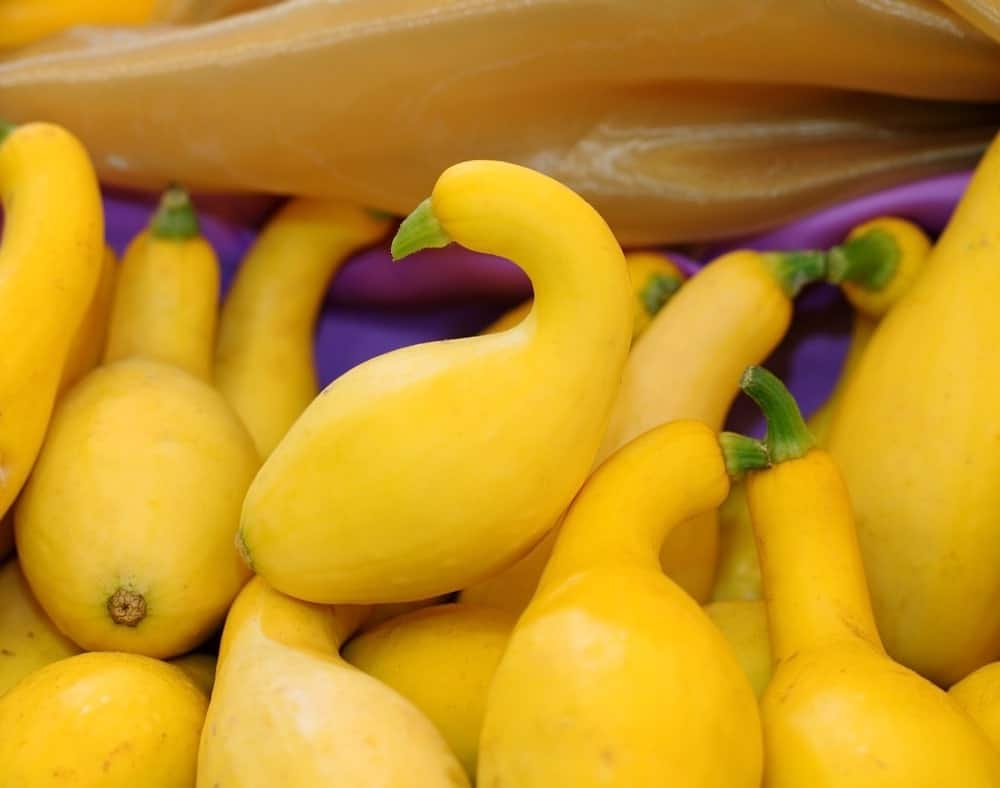 To make your dishes pop, an addition of yellow zucchini is all you need. Instead of going for conventional green-hued zucchini, purchase these sunny, bright zucchini and win everyone’s heart.

These summertime favorites consist of an old, typical flavor that we normally associate with zucchini but what sets it apart from other varieties is its modern and exotic look which definitely takes the cake.

Most home cooks prefer to use gourmet gold in a zucchini frittata. That’s because the yellow part of the vegetable mixes well with the frittata, making the unique squash a total winner. You can also throw in yellow zucchini along with green zucchini to create contrast yet harmony in the dish.

Did you know that you can use gourmet gold in your favorite dishes such as muffins, pizzas, or even fries? 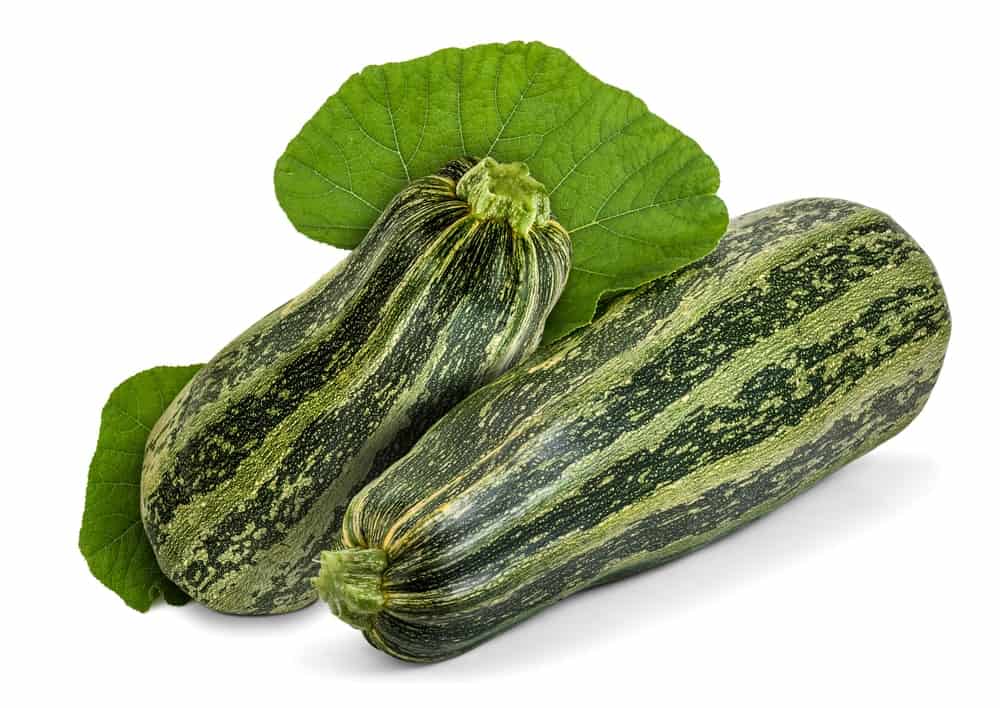 While it is similar to a cucumber in its color, shape, and size, cocozella is still distinguishable due to its dark green streaks. As compared to other types of zucchini, cocozella is less watery and full of delicious flavors.

One needs to be careful while growing this type of vegetable in their garden. You might be wondering, why? Well, if the squash is harvested late, it may become too dry to fully lend its amazing taste to a dish. 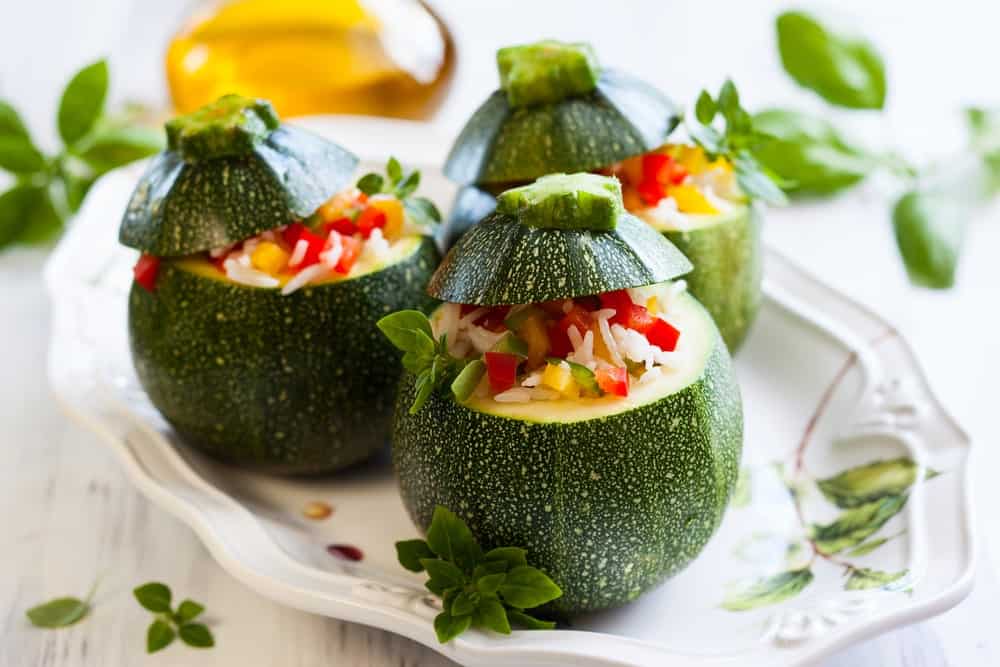 While this type of zucchini is unique in its shape, it is not, by any means, different in flavor from the thin or long types of zucchini. However, the dishes that you can make out of it are nice, more versatile, and yummier than those that incorporate other typical types of zucchinis’.

If you are in the mood to have stuffed, baked, or roasted zucchini, always look for round zucchini in the market. The rounded zucchini is easy to hollow out with a knife and stuff with appetizing filling. Next, you can bake or roast in the heated oven, and tada! 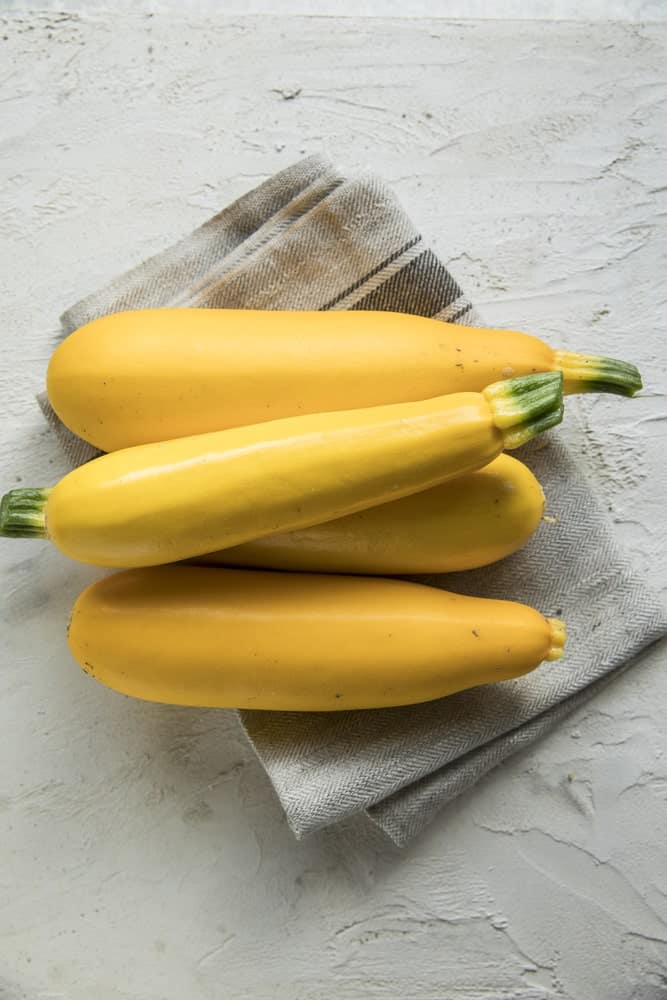 Also referred to as yellow squash, crookneck squash is distinctive in its shape, as it narrows out at the top with a prominent curvy neck. This vibrant zucchini is mild in flavor and is found in bright yellow or pale green or in both yellow and green color combination.

Crookneck squash is often confused with a similar-looking variety of zucchini “straight neck squash” as it also happens to be yellow in color. Unlike other kinds of zucchini, bright yellow squash is harvested before they mature.

Farmers typically yield them when they are slightly less than two inches in diameter. With time, their skin toughens up and they become mature enough to be stored or eaten. 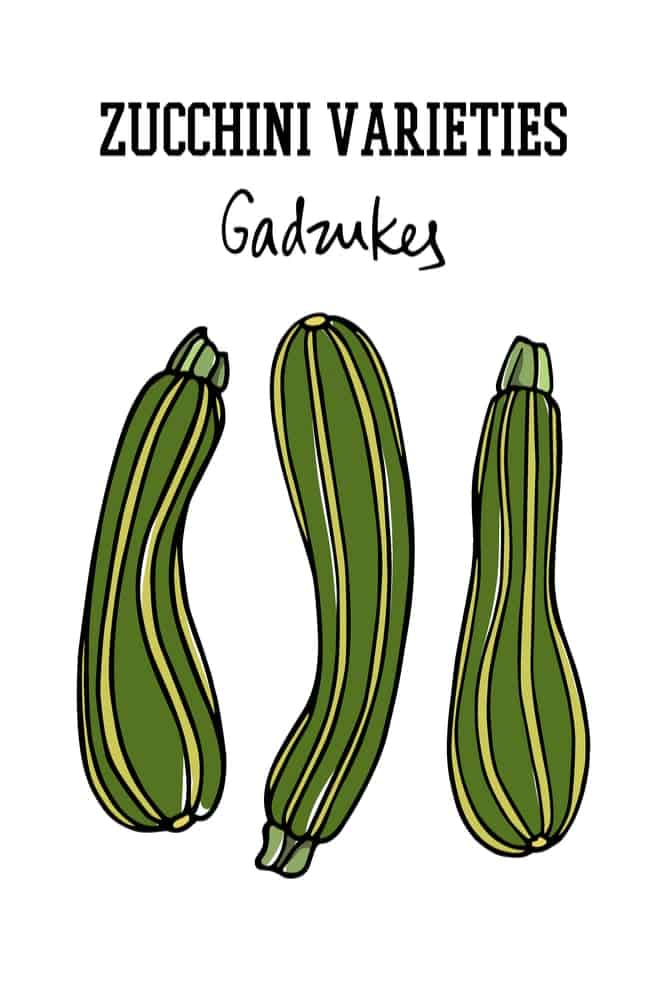 This dark-green Italian Zucchini is alluring when it’s cut fresh as its thin, neat slices make up the shape of a star. Although zucchini is quite bland in its taste, the surprising part is that gadzukes have a sweet and crisp flavor.

Gadzukes is easy to grow and tend to mature pretty fast, so if you are planning to grow it in your back garden, then go ahead. Its harvesting period ranges from 50 to 55 days. Afterward, you can use this delightful zucchini in numerous kinds of dishes including patties, pasta, salad, rolls, casserole, etc. 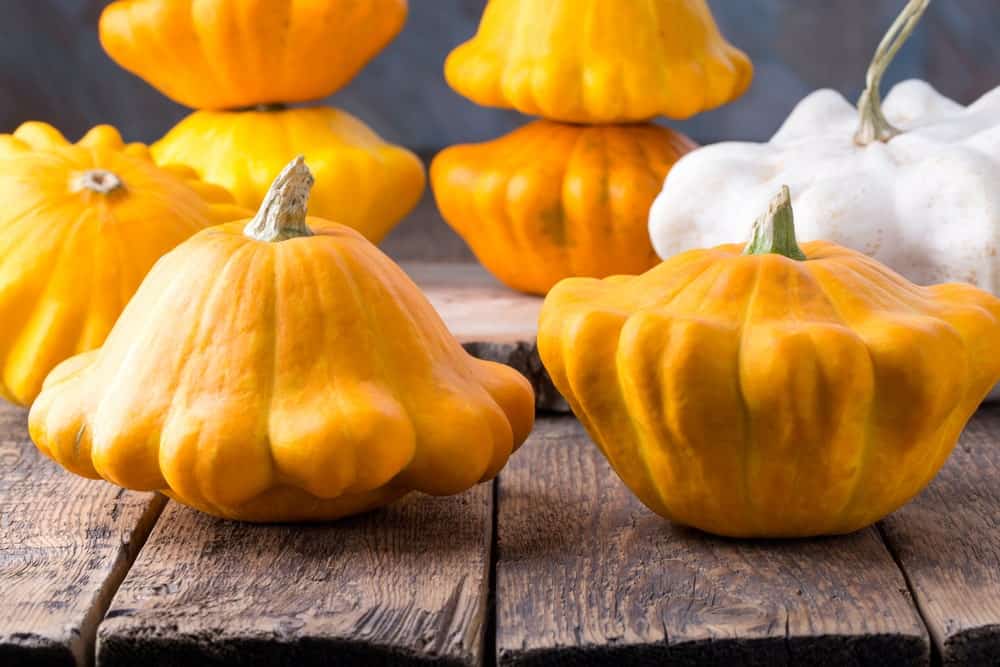 If you thought pattypans come only in a striking yellow color, think again. You can find these delectable squashes in cream, white, light green and dark green hues as well. In addition to a wide range of colors, these adorable-looking zucchinis vary in sizes as well; from itty-bitty size to medium or large size, the types are plenty. 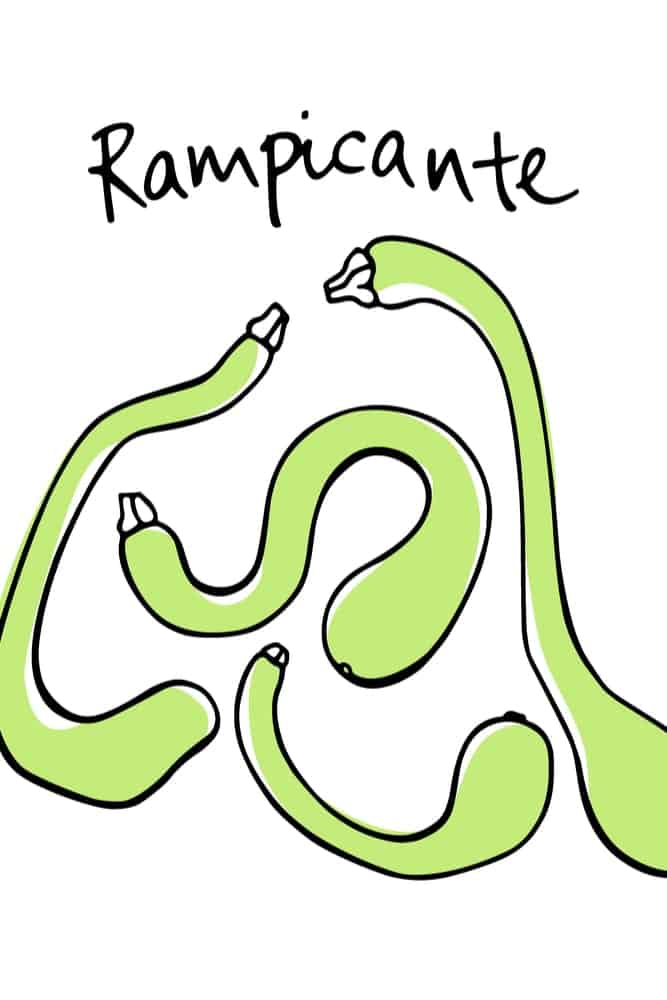 Rampicante is like any other living squash, with heavy leaves and yellow-orange blossoms on its trailing vines. When the vines are allowed to grow, the tall, sturdy zucchini grows to become longer and taller. What makes this type of zucchini more unique is the fact that it is not only a summer squash but a winter one too.

If you don’t prefer to grow it tall, then you can harvest it at a young age. But make sure that the outer skin starts to form a lime green hue and thin green stripes that can be spotted on the vegetable. 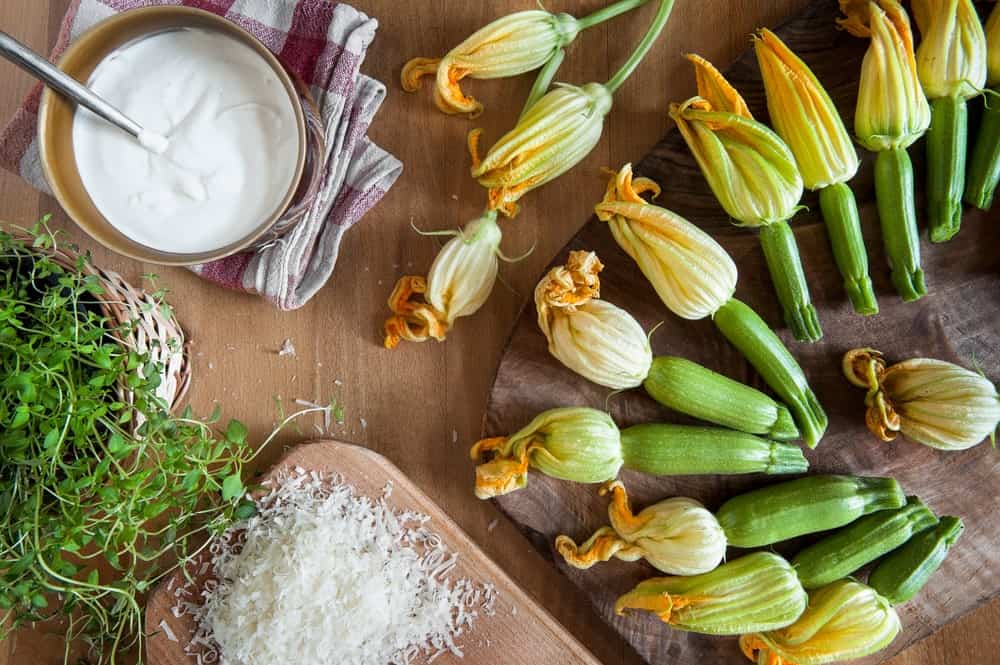 At the peak of summer, it is common to find zucchini in vegetable markets and vendor stalls with yellow-orange flowers attached. Mind you, these flowers are not just for display. In fact, these bright summery flowers are edible as well!

Do you wonder what these flowers taste like? Well, zucchini lovers have shared their experience by enlightening us that it has a fresh zucchini squash flavor. Traditionally, zucchini flowers are used in an omelet or are stuffed with bacon, ricotta, and mushrooms. 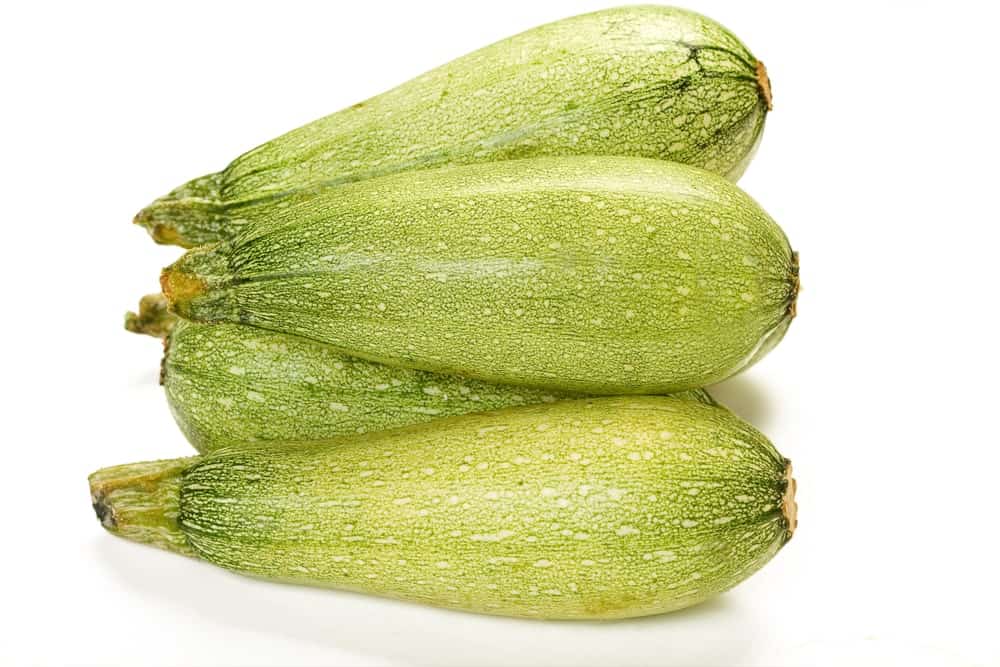 Known for its pale green skin, magda zucchini has a dense, nutty flesh. This is often the number one choice of cooks when preparing sautés with fresh herbs.

You can also grill it and enjoy its crisp, crunchy flavor. Experts advise that it is best to harvest magda in smaller numbers to make the most of its flavor and texture. 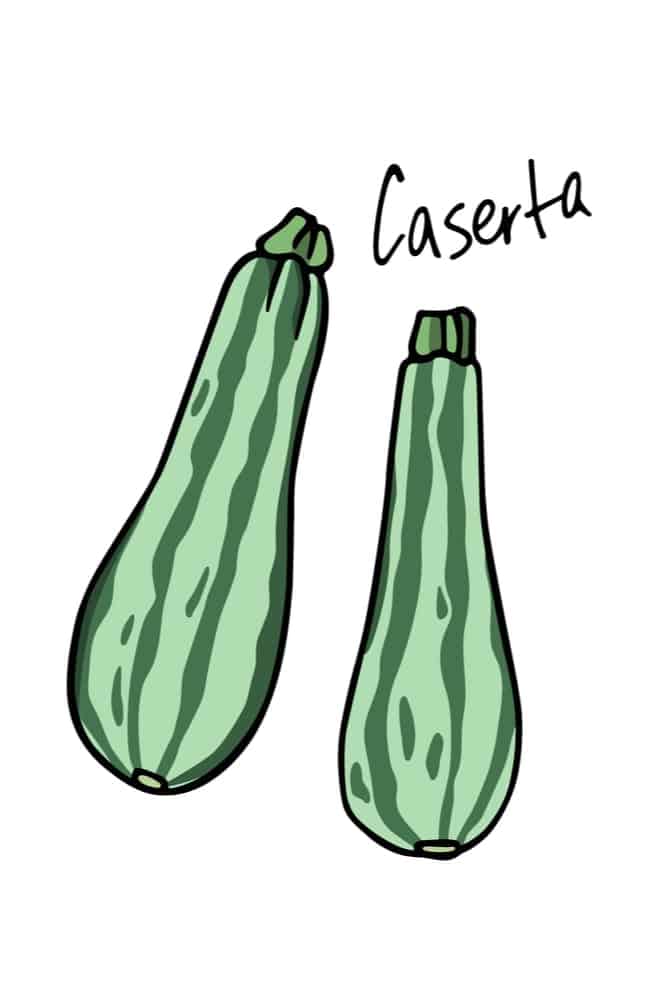 Caserta, belonging to an heirloom zucchini variety, is the most-loved zucchini ever. The beautiful vegetable boasts a light green color with alternate dark green stripes. The best thing about Caserta is that it can easily be grown in a small garden. 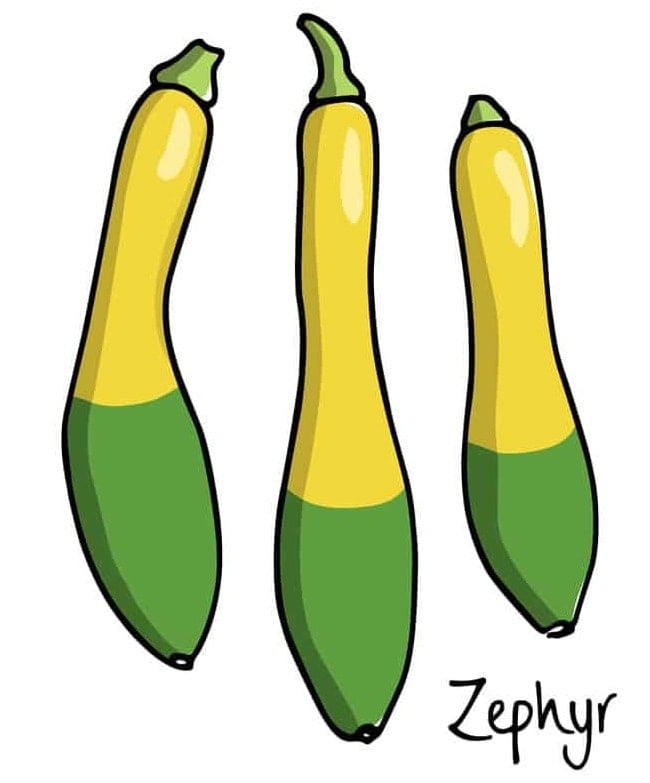 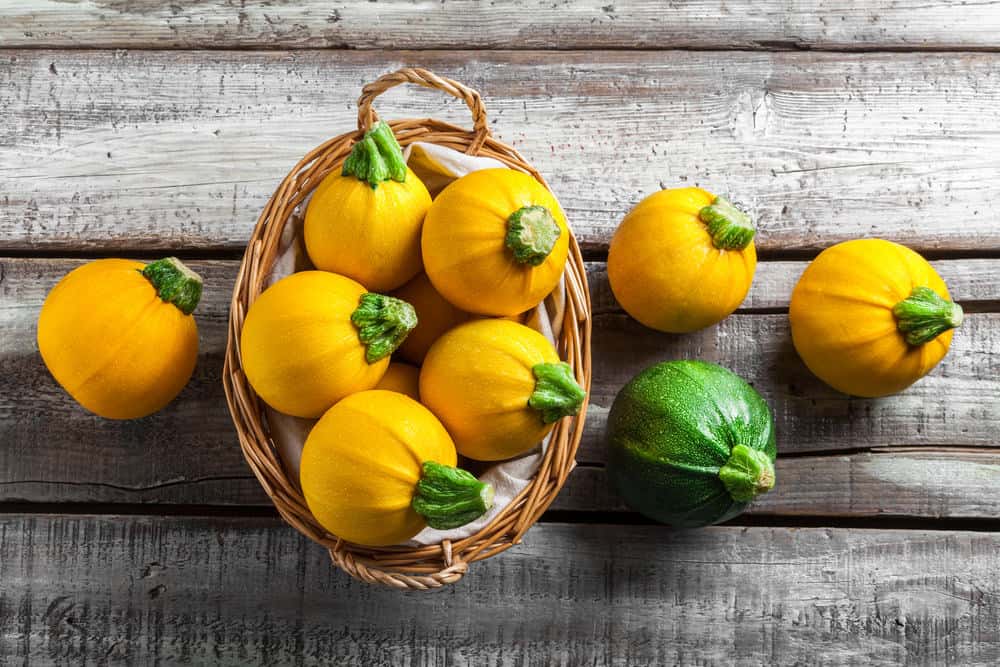 If you haven’t tried any of these types of zucchini, then what are you waiting for?

Purchase them from a vegetable store or grow them in your own garden and enjoy the rich flavor and excellent texture of these summer goodies. 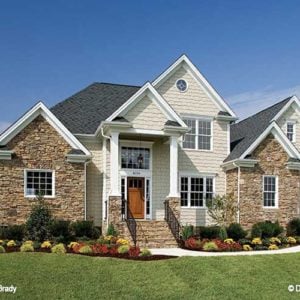 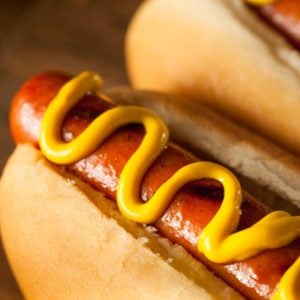