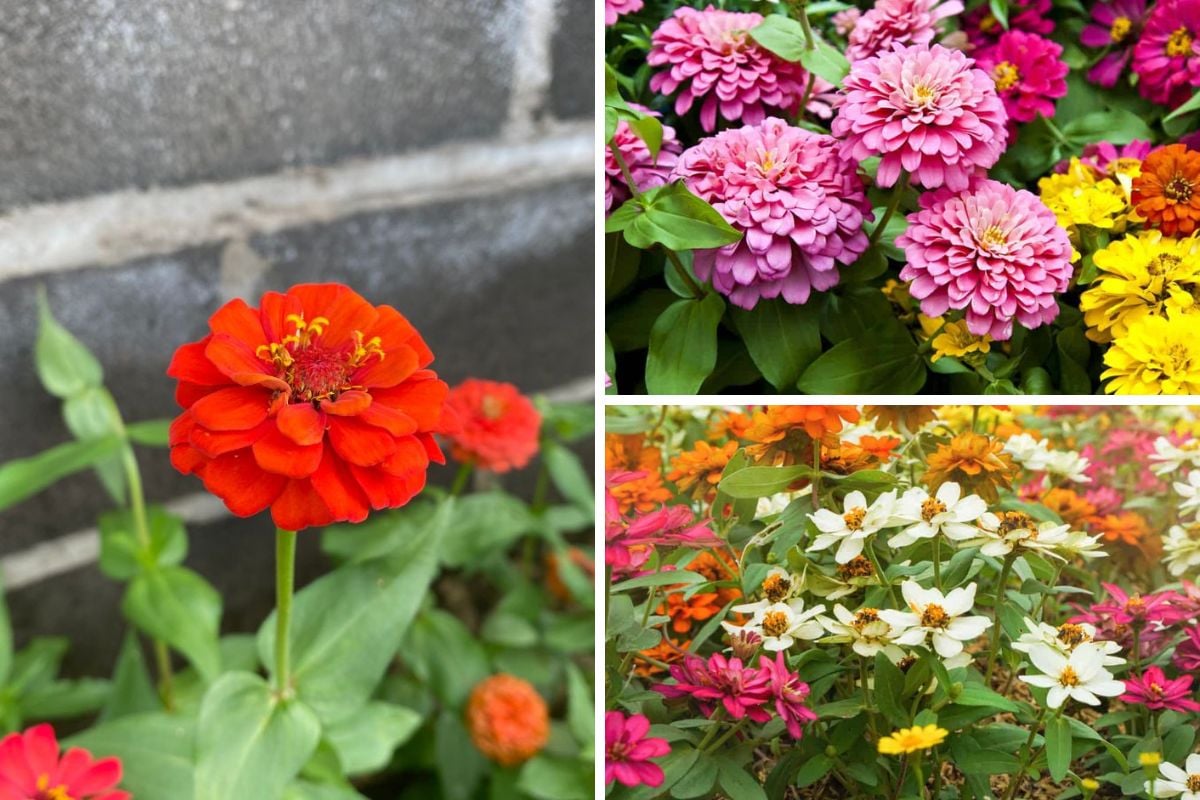 You might not hear about them on the regular, but Zinnias are one of the most popular and most liked garden plants out there. They are available in a variety of dazzling colors, which is what makes them so popular. They are the easiest annual plants to grow. They require very little from the gardener and give so much more. Zinnias can be grown anywhere. They are quick to grow and grow out to be beautiful.

Zinnias are a member of the Asteraceae family and are closely related to daisies. They have over 20 species that differ on their characteristics. 10 of the Zinnia species are garden flowers, but the most popular garden species is the Zinnia elegans.

Zinnias are native to Mexico, where they grow with a color that falls between orange and yellow. However, some varieties of wild Zinnias have been found as south as Guatemala and as north as Colorado.

Zinnias were first discovered in Mexico After which they were brought to Europe in the 1500s by the Spaniards. The Zinnia that was initially brought to Europe was Zinnia peruviana, which was quite ugly and unattractive to look at. It produced small flowers and was sparsely foliated. The petals were an unpleasant muddy shade of orange and yellow.

By mid-1600s, it became well known throughout Europe, but because it was not a pleasing sight, it was not cultivated much. The first description of Zinnia was written by Dr. Johann Gottfried Zinn in Germany, and hence, the plant has been named after him.

It is believed that a Zinnia was brought to Europe in 1796 by way of Brazil. It was after it was presented to the great Swedish scientist and a doctor, Linnaeus. This Zinnia was labeled as Calthe de Bresil, which means the Brazilian marigold. This was Zinnia elegans, the Zinnia that the world fell in love with. This is the specie of Zinnia from which all present-day Zinnias have been developed.

Zinnia elegans produced larger and lusher flowers in colors ranging from crimson to pale lavender. The first Zinnia seed was offered for sale to public in 1798 in the United States. Americans did not show a very keen interest in this plant initially. It was the French who were showing significant interest. By 1856, the French had developed truly double forms of Zinnia elegans.

It was after this that Great Britain and Europe started to show a fondness for and demanding the double-flowered Zinnias. By 1864, red, purple, orange and salmon colored Zinnias made their way to North America and became a part of American gardens.

The first dwarf variety of Zinnia, Zinnia haageana made its way to the United States from Mexico during the early 1860s. Henry A. Dreer, the Philadelphia seed house had started offering seeds of this variety for sale to the general public by 1876.

The most profound and prominent development for Zinnia occurred when a beautiful mutation was found by John Bodger from Bodger Seeds Ltd. He saw a natural mutation in Zinnia in a field of Mammoth Zinnias. The mutated Zinnias had relatively huge flowers, and the number of petals were incredible.

The variety appeared stable, and the plants were quite robust. A strain of this mutated Zinnia was developed, in order to spread it across the countries. They were called the ‘California Giants’. These Zinnias were introduced to the world in the 1920s. Great Britain, America, and Europe were enthralled by the spectacular colors and the lovely flowers.

Currently, we have more than 20 species of Zinnia that are known. The only species that are commercially available are Zinnia elegans, Zinnia haageana, and Zinnia augustifolia.

There are four types of Zinnia flowers. The types depend on the rows of petals in a flower. Zinnia flowers come in a variety of colors including pink, red, purple, orange, yellow, lavender, white and even green. The only color Zinnia flowers are not available in is blue. 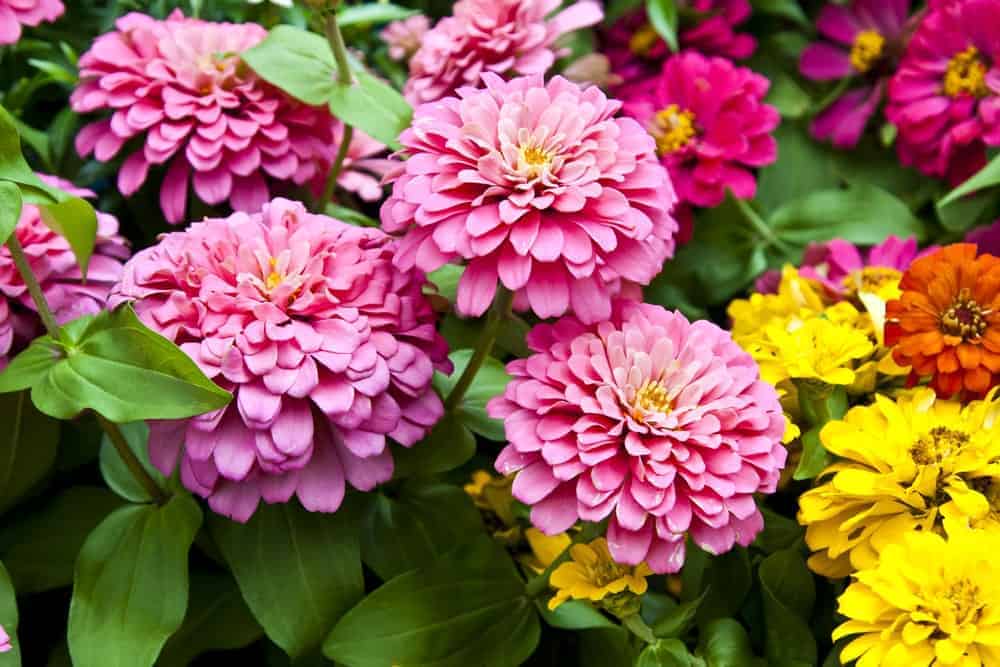 Garden Zinnias are disease susceptible. They are the parents of a number of beautiful varieties. They are well known for the lavish variety of large flowers that they produce. Garden Zinnia plants can range from 6 to 60 inches in height. The leaves of these type of plants are bristly oval. 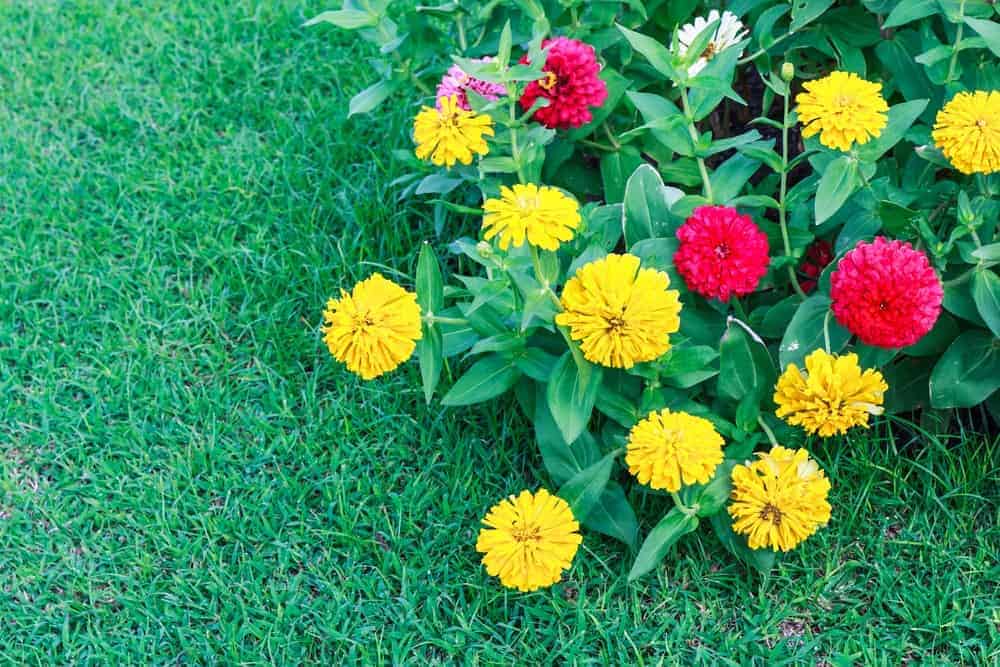 The flowers are yellow or orange with dark centers. Their leaves are slim and lance-shaped. This type of Zinnias can be hanged in baskets. They can serve as attractive annual ground covers or can be planted at the front of a border.

The most varieties of Spreading Zinnia are:

Since they have shorter stems, they are not as good for cutting as Garden Zinnias.

Zinnias are annual plants, which means, they will flower only during one season only. Planting Zinnias is not much of a challenge. They require minimum care and maintenance. They are adaptable plants. However, below you will find some tips that can help you grow great Zinnias. 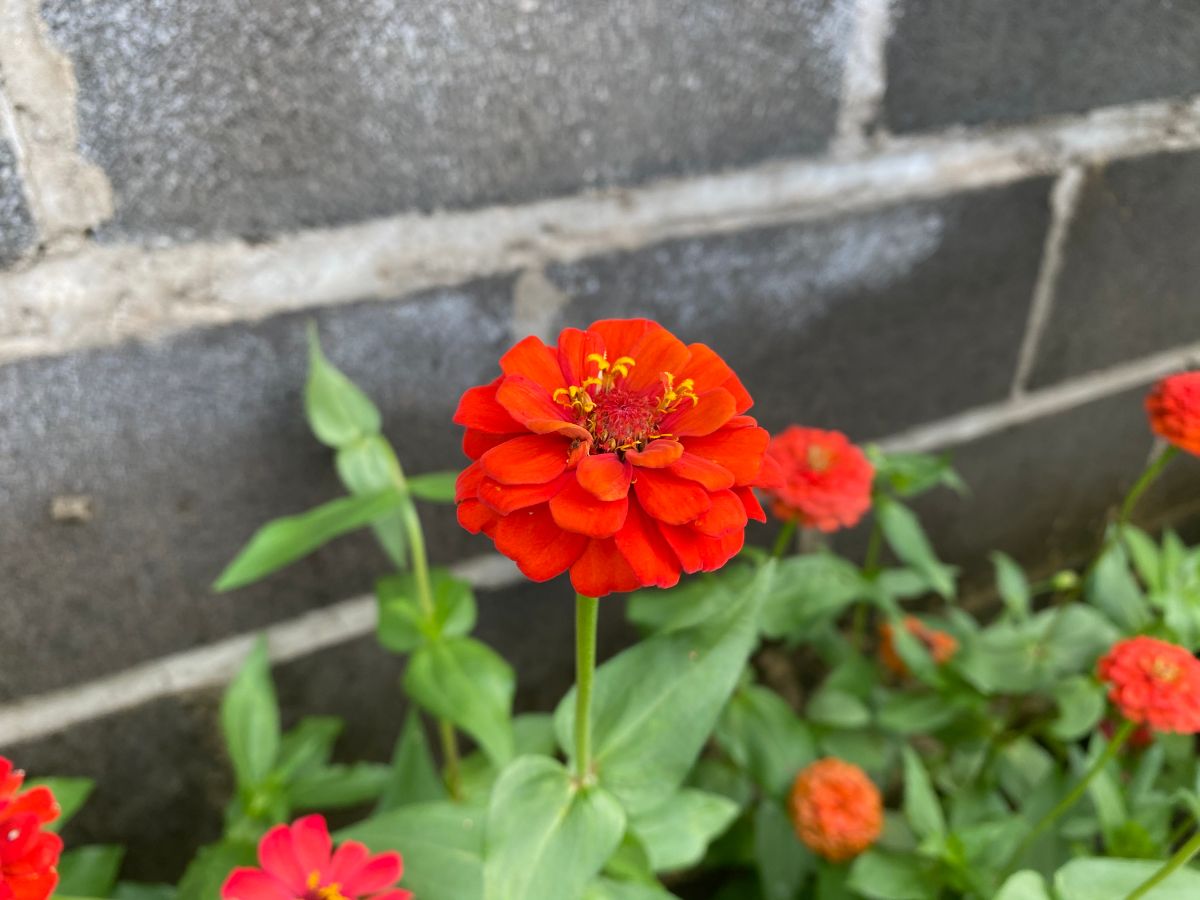 Zinnias are fast growing plants. However, if you feel the growth is slow, or the leaves appear pale green, you can address the issue on time. Fertilizing with a controlled release or a soluble fertilizer can solve your problem. A fertilizer with low nitrogen is the most suitable.

Cut flowers normally last a week or more. The flowers should be harvested when they are fresh and fully mature. The right time to harvest Zinnia flowers is when pollen formation begins.

The primary troublemaker for Zinnia is mildew. When the weather is warm and humid, Zinnia plants are usually attacked by mildew. The plants become disfigured and eventually die. The spread of mildew can be slowed down by spraying the plants with a solution made using baking soda. It serves as a protective layer for the plants and keeps them from dying.

Why Should You Plant Zinnias in Your Garden?

There are numerous options for plants that you can have in your garden so why should you choose Zinnias over others? Below are the reasons why Zinnias should are a must in your garden!

Zinnias are the best option to plant if you are trying to instill a love for gardening in your child. Since they produce a seedling in just 4 to 7 days, your child will not have to wait for too long. Also, once the flowers are produced, the dazzling colors would automatically make your child want to garden more. A plant that takes too long to grow would make your child lose his interest. This is another reason why you should plant Zinnias in your garden.

There are no plants that grow as fast and as beautiful as Zinnias. Zinnias give you so many reasons to love gardening and flowers. Zinnias not only look great in your garden but they make breathtaking indoor decorations as well.