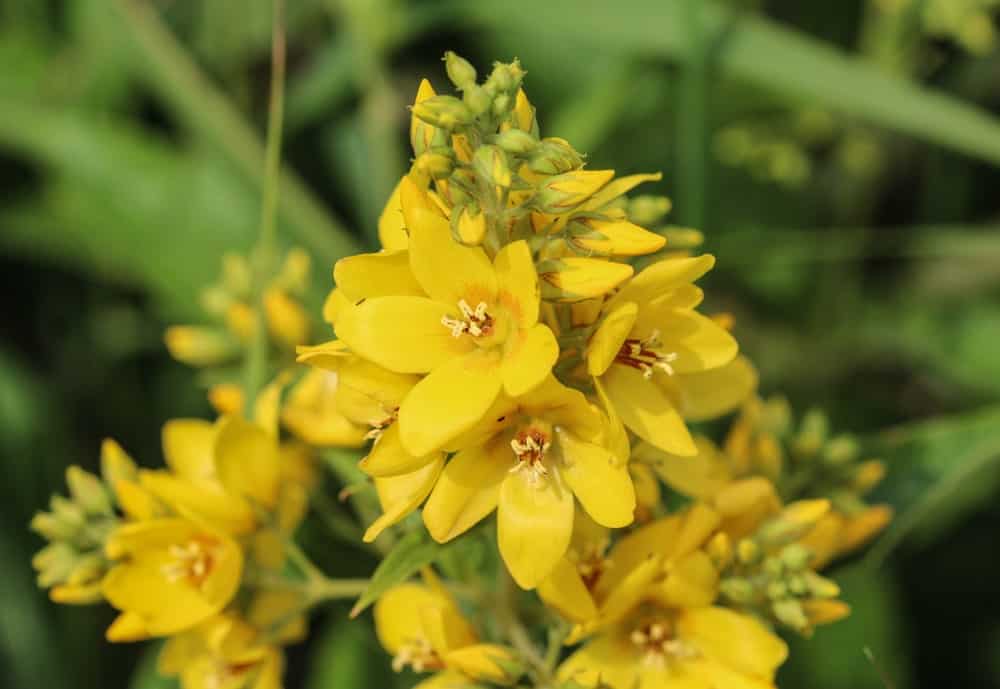 What is interesting about loosestrife flowers is that its scientific name of their genus is derived from the Macedonian King of Thrace (Lysimachus). Besides that, there is no doubt that these bright and yellow flowers are fit for a king. These perennial flowers have great ornamental value for their appealing aesthetic and add a sense of festivity to whatever environment they are placed in.

The plant is quite easy to grow and provides a fast-spreading cover when need be, creating an overwhelming visual impact. Pay close attention though, the roots can be invasive and controlling them can be difficult if not done in time.

Most members of the genus Lysimachia are yellow in color, but there are purple and pink varieties in the genus as well. There are about 180 species of plants that belong to this genus that range from hardy to frost-tender in type. They have been around for so long that a certain kind of bee has developed an exclusive relationship with them!

Let’s hear more about these flowers, their characteristics, their various species, and their interaction with the natural world.

The Eurasian yellow loosestrife (Lysimachia vulgaris), is an erect plant about 2 to 4 feet high. The branched stem has pairs of tapering leaves which end in terminal clusters of deep, yellow-gold flowers. The edges of the petals don’t have the same fringe of hairs as seen in L. punctata, and sepals are hairy with a conspicuous orange margin

The flower spreads through rhizomes to form colonies and does not usually produce seeds. Even if it does, it does not wholly depend on the seed for the propagation of its genetic line.

All plants are members of Kingdom Plantae. Furthermore, according to the prescribed method of the classification of all living being, all species are subdivided into class, order, family, genus, and finally, species. Here is the categorization of the Lysimachia vulgaris:

The growth pattern being upright with whorled leaves provides a good, solid mass of greenery throughout the season. June brings a flash of colorful flowers added to the mix.

In winters when the foliage goes in decline, cut the plant back- this will not hurt the plant and will help it survive longer.

This herbaceous perennial is a rhizomatous Geophyte that occurs in most types of wetlands. It is found growing in stands of tall herbs in the margins of scrub or woodland or even in reedbeds!

This particular species of Lysimachia is common on the riverbanks of England and also grows easily in eastern North America where it can grow along rivers, streams, creeks, and even waterfalls.

In fact, all kinds of moist soil areas work perfectly for it to flourish and bloom.

This species has a very expansive geographical range. It occurs throughout most of Eastern Europe to Russia, Kazakhstan, Pakistan, Kashmir, and the southern part of North Africa.

Although not naturally occurring there, the species has been introduced to North America.

The Vulgaris is in bloom from June through August in the British Isles, but other members of the same genus may have different flowering times. The bloom time is quite short, however, and lasts only about a couple of weeks in spring. 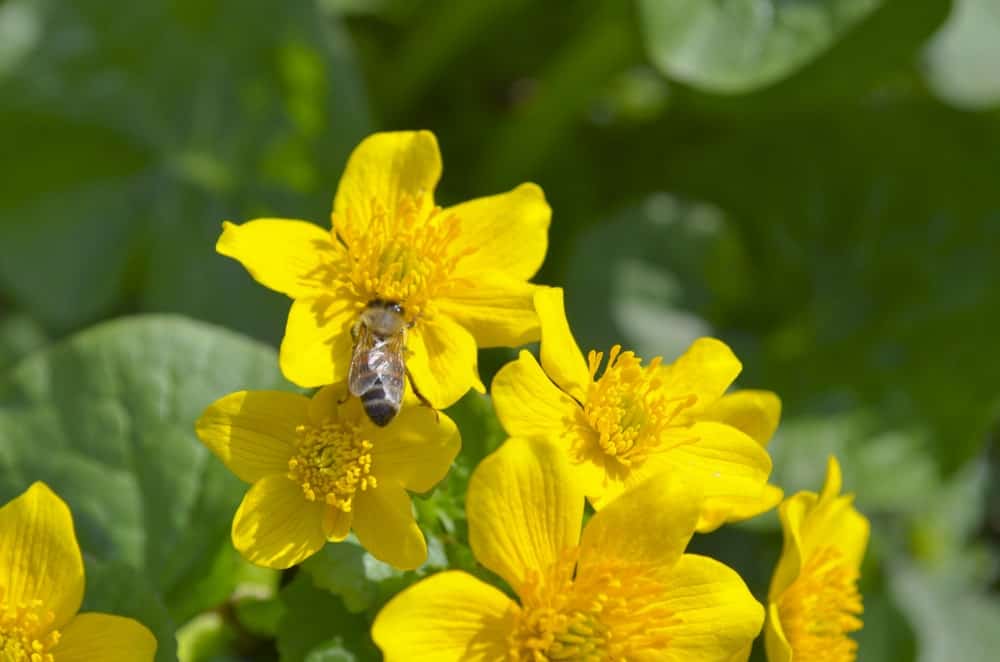 What is extremely interesting is that the bees use Lysimachia floral oils exclusively for building their nests and provisioning the cells in their bodies. Lysimachia’s floral-specific chemicals attract Macropis nuda and Macropis fulvipes bees that are very rarely found in other plant genera.

Source: In Defense of Plants

In herbal medicine, the dried leaves and flowers of the yellow loosestrife plant are used. The above-ground parts are collected from the wild when the plant is in bloom and later used in many infusions and recipe concoctions.

The dried leaves and flowers contain flavonoids (like rutin, myricetin, quercetin, and kaempferol), tannins, saponins, and benzoquinones. They also have an abundance of vitamin C, which is why they are used in the treatment of scurvy.

Other benefits include the treatment of wounds and stoppage of nosebleeds. The flower was later employed as a remedy for diarrhea, fever, and dysentery as well.

Let us have a look at all the different species of loosestrife flowers that are part of the same genus.

Also known as Lysimachia asperulifolia, it is a rare breed of flowering plants in the Primulaceae family. The plant is endemic to the Atlantic coastal plain in North Carolina and northern South Carolina within the United States, where there are 64 different populations of it.

Within the States, it is a federally listed endangered species and steps are being taken for ensuring their continued survival in its natural habitat. 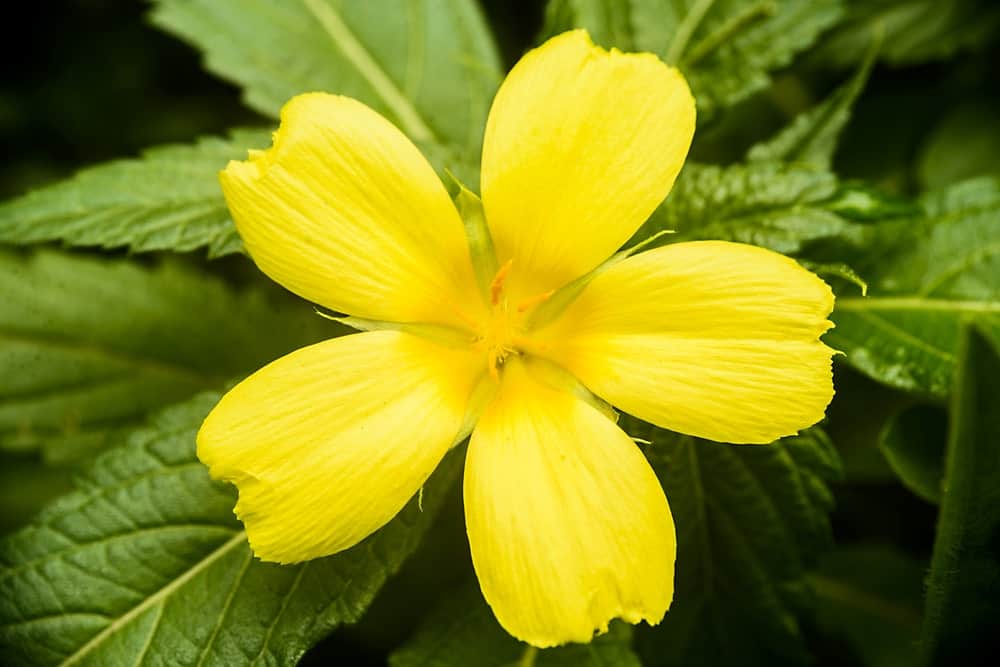 Scientific name Lysimachia ciliata, the fringed loosestrife is an erect, herbaceous perennial that can grow up to 120 cm tall and 60 cm broad. The leaves are arranged opposite to each other, have a simple structure. The stems are smooth and green.

These star-shaped yellow flowers bloom in midsummer for a very short time. The original home of this species North America, including most of southern Canada and most of the United States except for the southwest.

This plant species is different in that it is one of the few members of Lysimachia that bear elaiosomes; which means that they offer oil instead of nectar as a reward to pollinators. 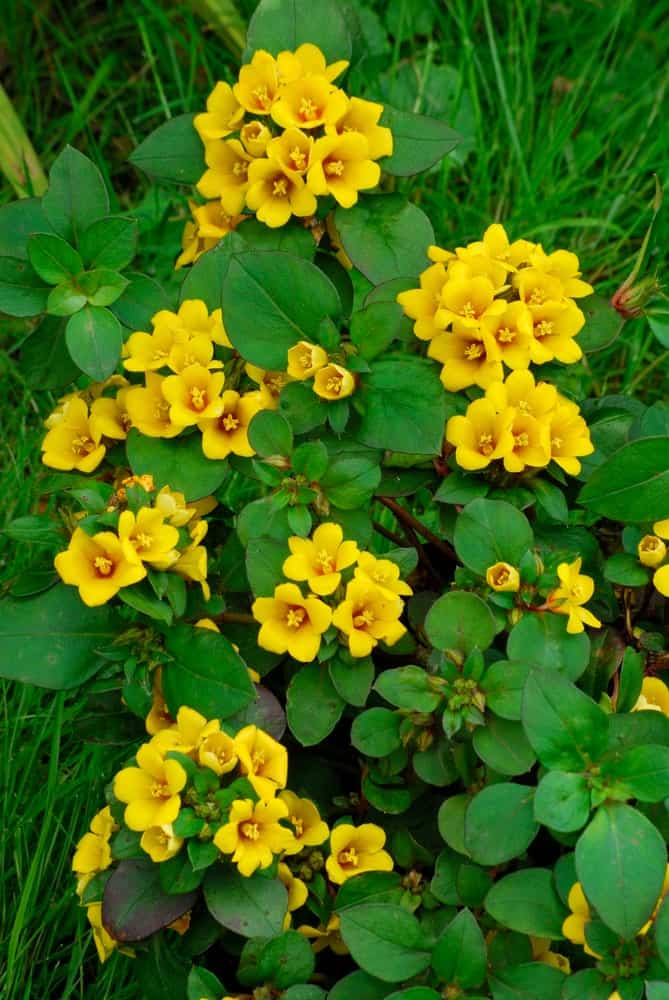 Also known by its common name the ‘dense-flowered’ loosestrife, this plant is a prostate, mat-forming herbaceous plant that grows to be up to 6 inches tall. It spreads its stems about 12 inches wide to form a dense medium-green ground cover that is accented by showy, yellow, cup-shaped flowers from late spring to mid-summer. It can be found in ditches, roadsides, and damn forests in China, India, Bhutan, Nepal, and similar countries.

It can be used ornamentally in border fronts, rock gardens, and waterside gardens. While it has no serious insect or disease problems, the plant is pretty susceptible to rust and leaf spots.

The Fraser’s Yellow, scientific name Lysimachia fraseri, has golden-yellow five-petal flowers like many other members of its genus. The flowers are borne on large panicles.

The perennial herbs grow whorled leaves of 3 to 6 with a thin, red, border and capsule fruits. It grows about 5 feet in height.

In several US states, the Fraser’s Yellow Loosestrife is on the endangered species list and steps are being taken for its conservation. 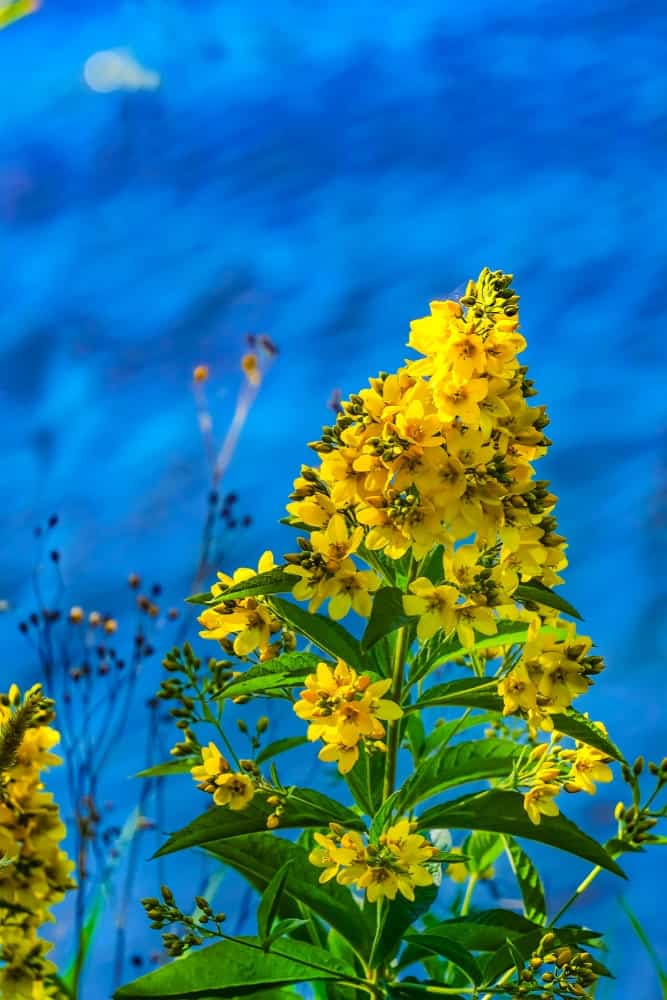 Lysimachia hybrida, with the common name Mississippi loosestrife or lowland yellow loosestrife, is widespread in many areas of the US and Canada. The only places that it is absent are those with extreme environments, such as the deserts in the west and the Arctic and sub-Arctic regions of the far north.

The species loves moist locales such as marshes, swamps, and wet meadows to dig its roots into. 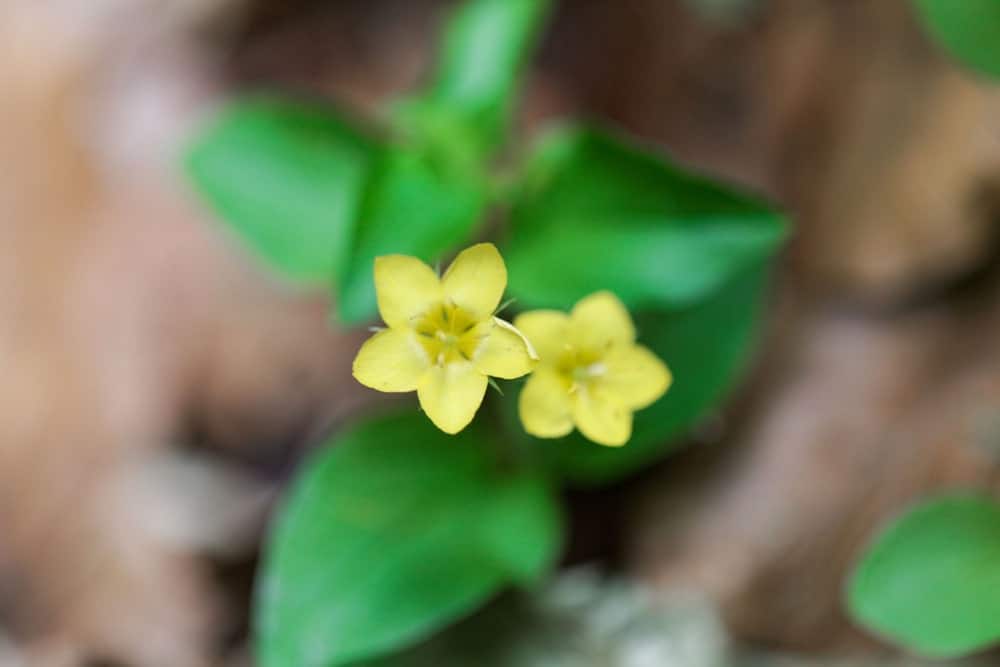 Known widely as the yellow pimpernel, Lysimachia nemorum is a perennial flowering herb in the Primulaceae family. The species is native to Ireland in Britain, where it grows abundantly except in dry areas. It prefers shady places and partial sunshine only.

The flowers were to bloom in May, but it may take until the end of June for them to truly be in their element. The flowers have five petals, but they can be four in rare cases.

The flowers are often confused with another close family member, the ‘creeping Jenny,’ but its flowers are much smaller and more pointed. 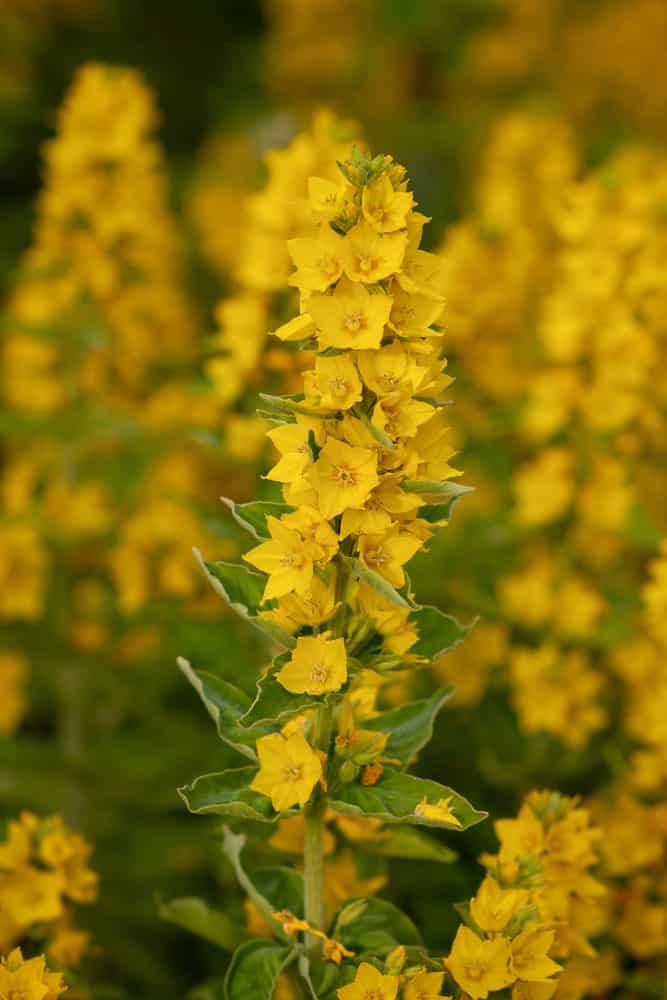 Also known by the names dotted loosestrife, large yellow loosestrife, or spotted loosestrife, this species is a flowering plant species native to central Europe and Turkey. It is quite easy to plant and very vigorous as it can grow and grow up to 36 inches in height. Full sun or partial shade provides it the best opportunity to grow in moist but well-drained soils.

In these species, there is no serious disease or pest problem when planting or growing. Its vigor should be monitored, however, since it can spread to areas unwanted. You can do so by controlling the growth every few years.

The Lysimachia quadriflora is a short plant, perched on an angular central stem that is hairless. The fourflower yellow loosestrife is a species native to the eastern United States and Canada but spread across North America artificially.

Lysimachia scopulensis is a rare and critically endangered species of flowering plant known by the common name shiny-leaf yellow loosestrife. It is native to Hawaii, where there are merely two small populations on the island of Kauai. It was given the endangered status in 2010 and steps are being taken to restore its populations. 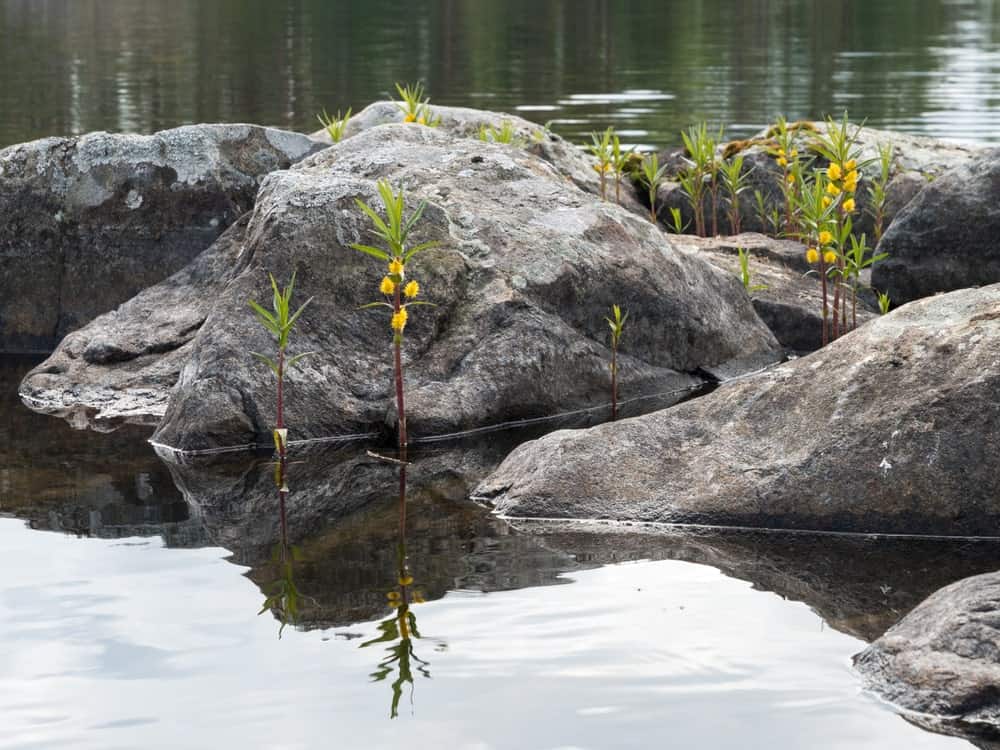 Lysimachia thyrsiflora, or as known by its common name, the tufted loosestrife, is native to large sections of the Northern Hemisphere, including Eurasia and North America. It is often found growing in marshes, along shorelines of lakes and ponds, and occasionally along streams.

The plant is an erect perennial herb that rises up to 80 centimeters tall and bears yellow flowers, sometimes dotted with purple. Tufted loosestrife is known to be medicinally used in Asia for the treatment of high blood pressure for years.

Lysimachia venosa is quite a rare species yellow loosestrife. It is endemic to Hawaii, where it is found only on island of Kauai. Samples of the plant were only collected twice, but at the time of the last collection in 1991, a dead, fallen branch was discovered off the steep cliffs above the Wailua River. This led to many people speculating how this plant is already extinct, especially since more members of the species have been found.

Some experts believe it may still exist in un-surveyed parts of the habitat, and we hope so too!

All flowers in this genus may be short-blooming, but with their bright magnificence, they remind us of the ephemeral nature of beauty- a thing of beauty is a joy forever, as John Keats says.

Get planting because even without the yellow inflorescence, your garden will look beautiful with bright green foliage of Yellow Loosestrife that persists year-round.