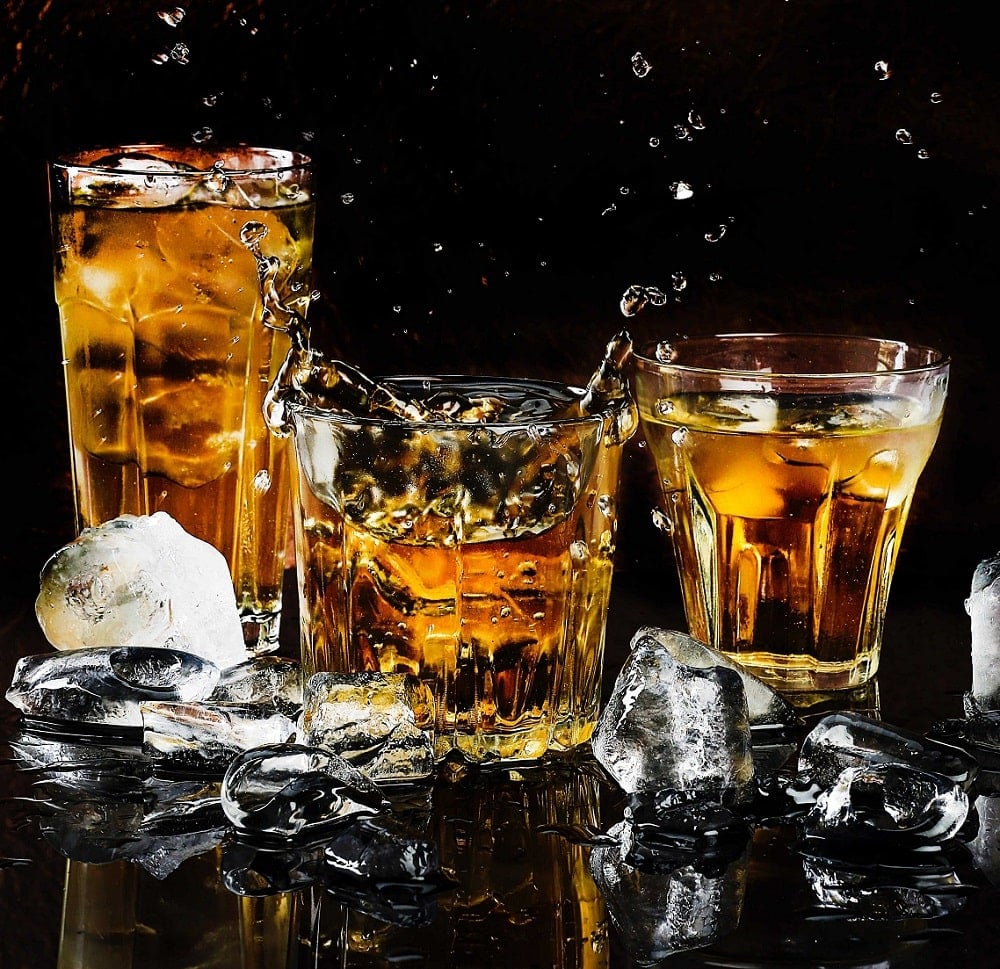 Since its creation, whiskey has gained a reputation as being a drink for the tough. So, what exactly is whiskey and why is it so popular? Whiskey is a distilled alcohol which is usually made from grain mash. The different grains used to make whiskey include wheat, rye, corn, and barley.

These gains can be malted to create a different, unique taste to the drink. It was previously known as the ‘water of life’, which is where it gets its name from. The word whiskey is derived from a Classic Gaelic word called ‘uisce’ which means water.

Whiskey is aged in large wooden casks, which also adds a distinctive flavor to the drink. These casks are usually made from charred white oak. Whiskey is enjoyed all over the world and has a lot of different types and classes. The type of whiskey you choose depends on the distillation procession, fermentation of grains, and the aging process in the wooden barrels. 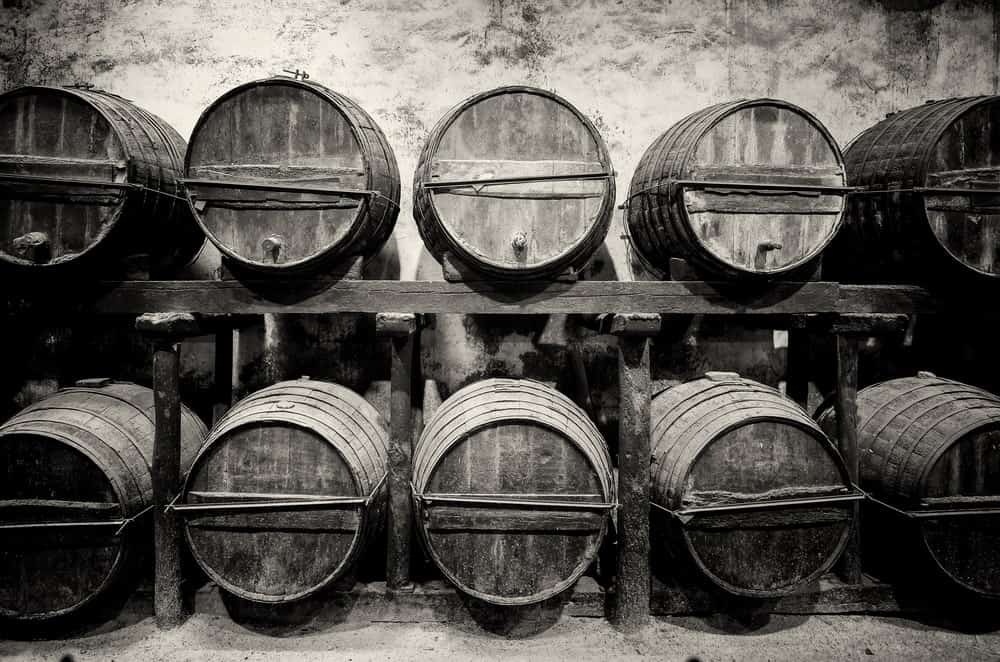 The practice of distillation for alcohol goes back to the 13th century in Italy where alcohol was distilled from wine. Initially, it was mainly used for medicinal purposes like treating smallpox and colic. It was popularly used as a treatment in other European countries, leading to the title of ‘water of life’ since it saved many lives from diseases.

The first production of whiskey was recorded in Scotland in 1494 where enough malt was produced to make 500 bottles of whiskey. James IV of Scotland was famous for liking Scotch whiskey, which led to its popularity in the region.

In the 20th century, whiskey production increased since it was the only alcohol that the population could buy during the Prohibition era. The federal government allowed doctors to prescribe whiskey for medicinal purposes. This allowed licensed pharmacies to increase their profits by a huge margin since they held a monopoly on alcohol sales. 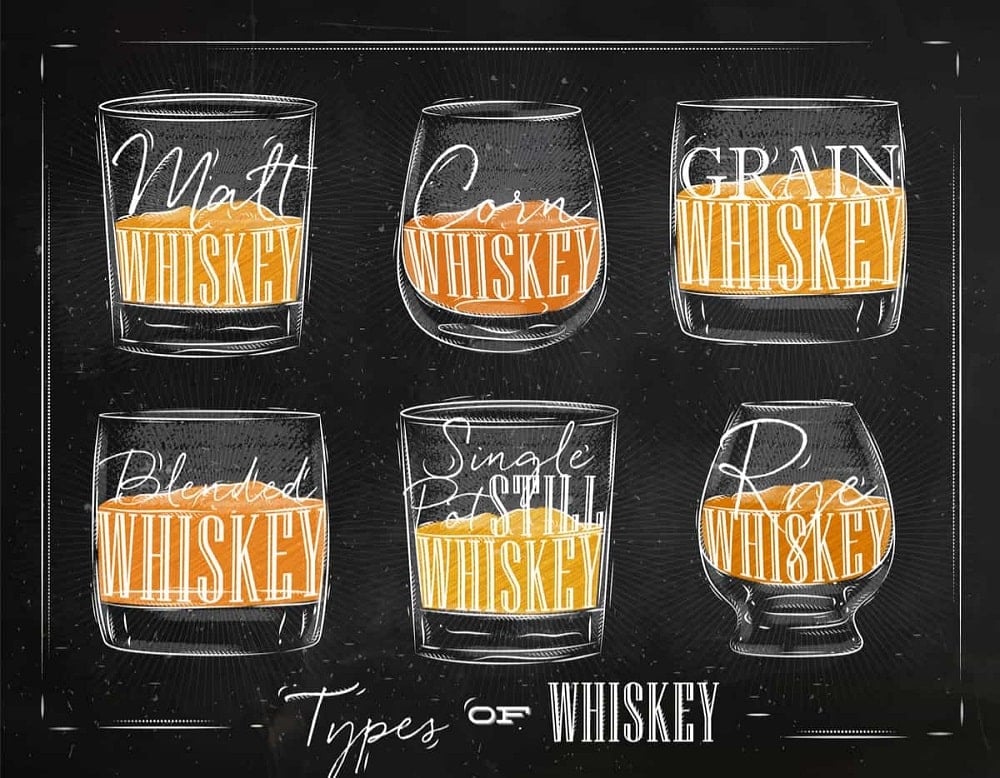 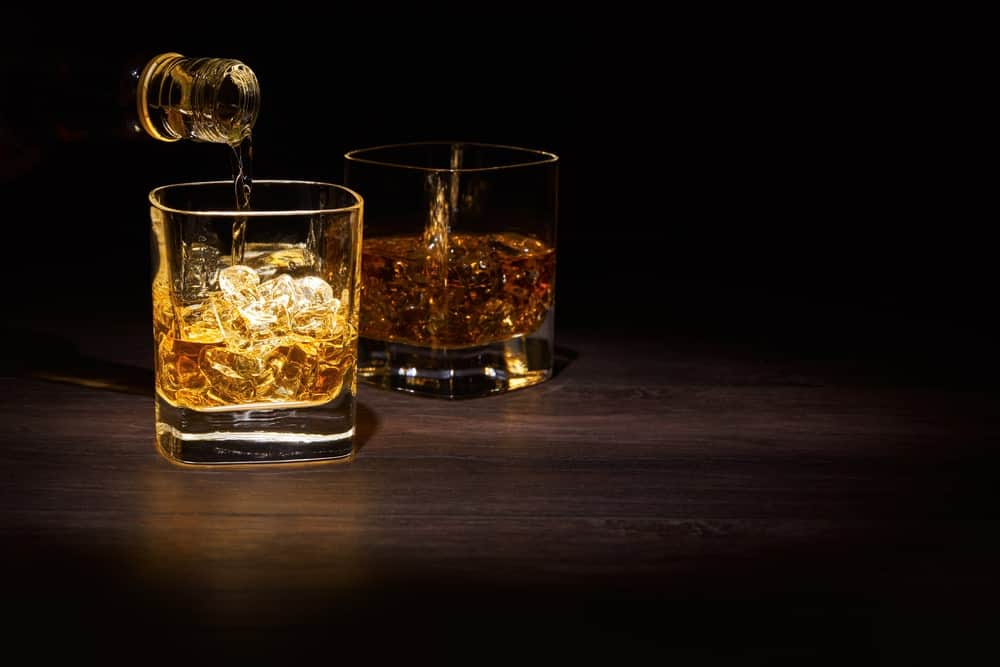 Malt whiskey is made by using the malted grain, which means that fermented mash is an important ingredient. It is generally made using malted barley but rye and buckwheat can be used. There is a federal code of regulations that you need to follow if you are making this type of whiskey outlined by the US government.

Single malt whiskey is made in a single distillery from malted barley. It is made with pot stills and needs to be aged for at least three years before it can be sold. Regulations placed on whiskey include that the oak casks’ capacity shouldn’t be more than 700 liters. 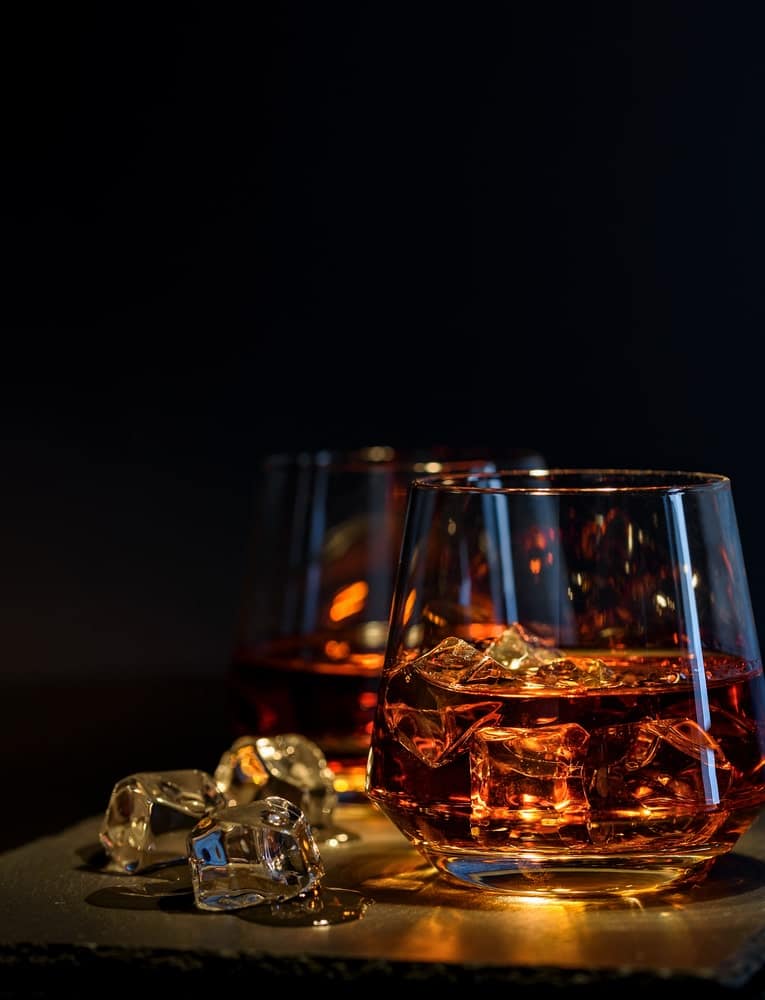 Blended malt is usually a blend of different single malt whiskeys produced in different distilleries. Other mixtures may include different flavorings, colorings, and spirits to add more texture, color, and flavor to the drink. Generally, a higher-quality of single or straight malt whiskey is mixed in with other ingredients and spirits for a unique taste.

This makes it more affordable as well since the drink is mixed in with other flavors. Though that might not be the case for every type as more expensive versions do exist where premium varieties of whiskey are used. Popular blended malts include Scotch whiskey including Johnnie Walker and Canadian mist or Japanese whiskey like Hibiki. 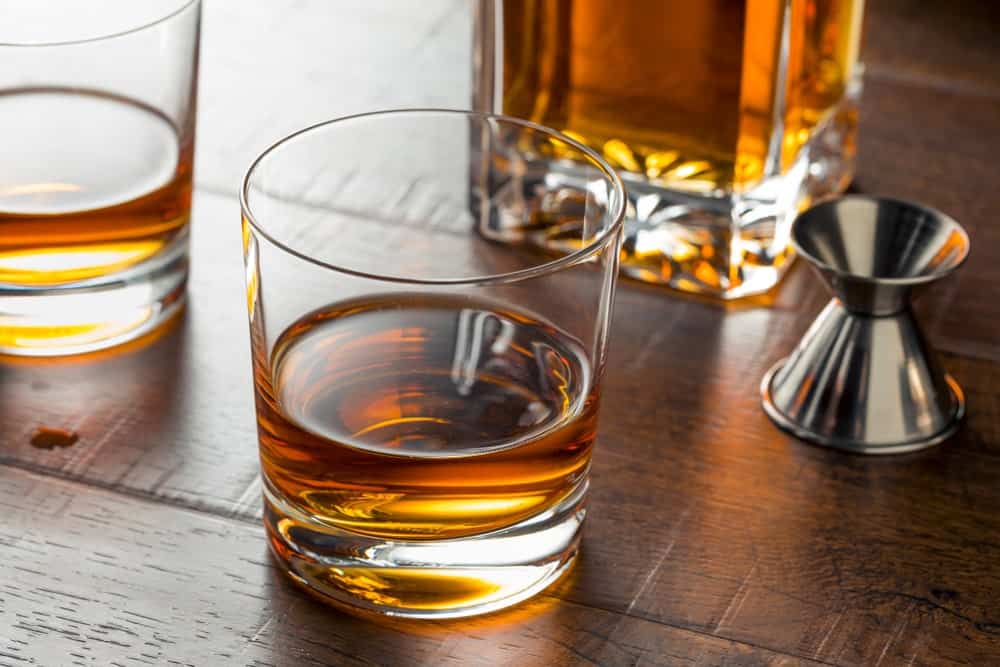 Corn whiskey is also commonly known as Bourbon whiskey. It has been distilled as early as the 18th century and is associated with Kentucky where the name originated from. By 2014, the profits of bourbon distillates have reached $2.7 billion with the United States and $1.6 billion through exports.

It is made from a mash of at least 80% corn and consists of 80% alcohol. It has a traditional mashing process, which is regulated heavily by federal laws for alcohol. The process doesn’t include wood aging at all and if it is aged, it is done in previously used or uncharred oak barrels. Aging is only done for at most a period of six months during which the whiskey is expected to take on the flavor and color of the barrel. During this time, the unwanted flavors of fusel alcohol are eliminated, resulting in a smoother drink.

Corn whiskey is popular since it is clearer, lighter and has a more neutral flavor compared to the hasher single pot still or single malt whiskey. They are blended to a smooth texture and flavor that is associated with a ‘light’ whiskey. 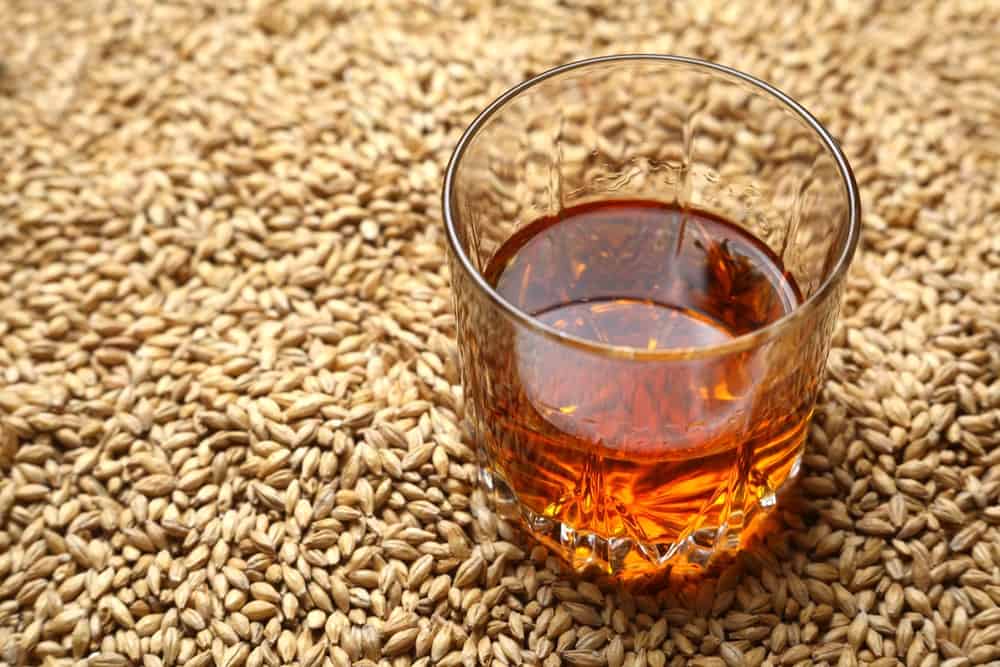 Grain whiskey is different from other types since it is made from grains other than malted barley. Such type of whiskey could be made from wheat or rye. Usually, malted barley is added to the grain whiskey so that it has the needed enzymes to mash properly.

Most Canadian whiskey and American whiskey are made using grains while in Scotland only cereals in mash made with barley are called grain whiskeys. In Ireland, grain whiskey refers to a drink made from mixed mash in column stills, not just the mashing process.

Scotland and Ireland both distill grain whiskey in continuous column stills, which allows a higher percentage of alcohol content. Pot stills are used to make a less flavorful spirit. Grain whiskey isn’t consumed on a mass scale in these countries since it is rarely bottled as is. It is used blended with other malt or pot still whiskeys, which contributes to 90% of the whiskey sales worldwide. 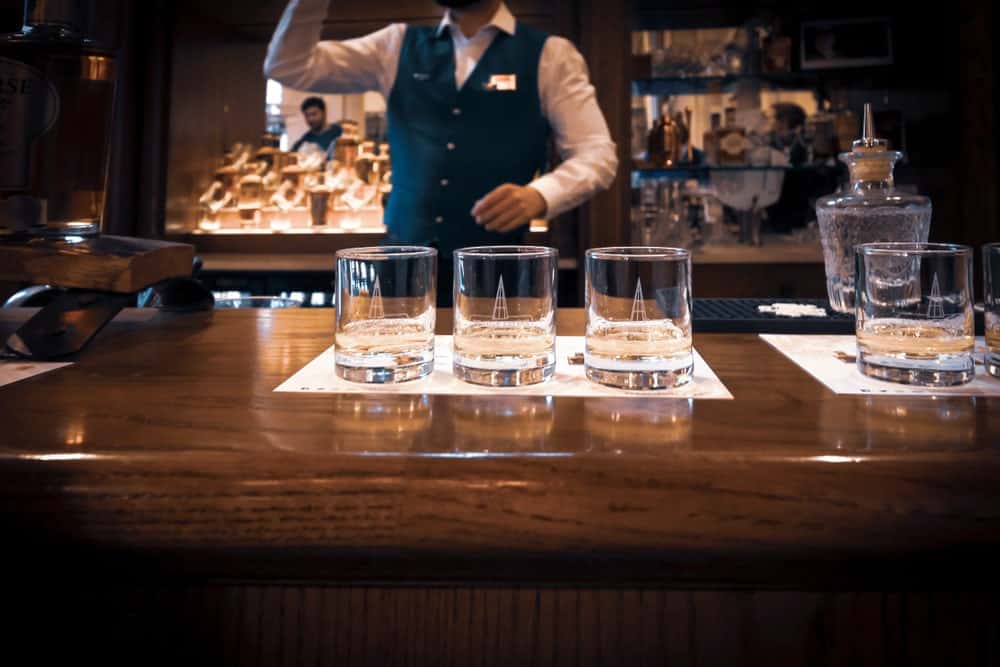 Single Pot Still whiskey is also commonly known as Irish whiskey since it is made using a traditional Irish process. The whiskey is distilled in a single distillery and the mash is from a mixture of unmalted and malted barley. It is made in a single pot still and is slightly similar to single malt whiskey except for the addition of unmalted barley into the mash.

Many distilleries may also use wheat or raw oats to make the whiskey. The addition of unmalted mash is famous for giving the pot whiskey a slightly spicy taste and thicker texture. Pot still whiskey is one of the most popular types of whiskey and is beloved all over the world. 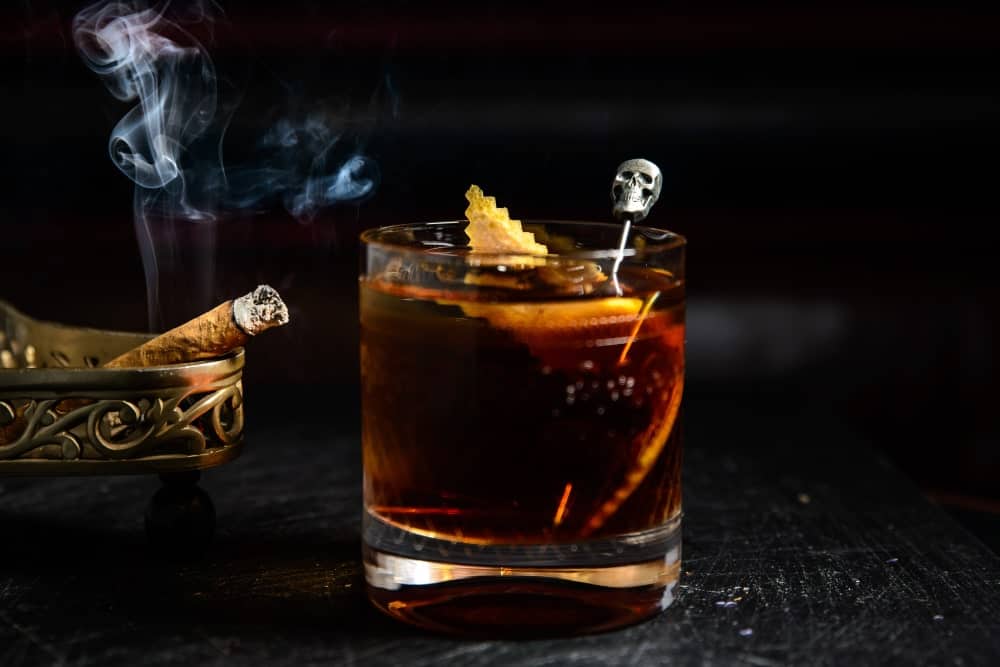 Rye whiskey usually includes two main whiskey types: American rye whiskey and Canadian rye whiskey. American rye whiskey is distilled with at least 51% rye mixed in with corn and barley. It is aged for at least two years in new charred oak barrels that are proofed with 80% alcohol content. It is consumed straight without mixing with any other blend of whiskey.

American rye whiskey was first produced in Maryland and Pennsylvania. It became so popular that by 1808 there was a barrel sold for every two persons alive in America. The largest distillery was known as Joseph F. Sinnott’s distillery and produced almost 30,000 barrels a year. During prohibition, the sale of rye whiskey became almost nonexistent and few brands survived this period.

Canadian rye whiskey isn’t named so due to any inclusion of rye in the mixture but rather due to historical reasons. Even whiskeys made without rye can be legally labeled as Rye whiskey or Canadian Rye whiskey as long as it holds a resemblance to Canadian whiskey. Most Canadian distilleries blend high-proof whiskey made from wheat and corn with flavoring whiskey made from a rye mash. It is aged in used barrels so that it becomes a lower proof for mass consumption.

Whiskey is still one of the most popular alcoholic drinks in the world due to each type bringing a unique taste and several qualities to the table. It is loved for its smooth flavor and dark hue. It has been around throughout history due to the unique taste that it has and shows no sign of disappearing from the public eye. 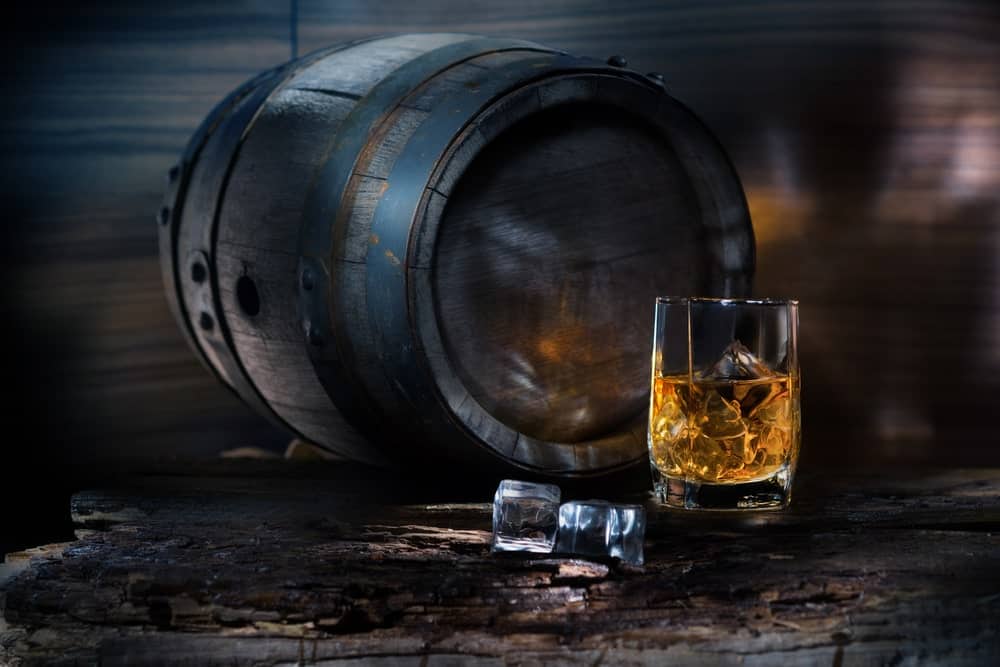 Whiskey has been around for ages and has become a significant part of modern culture and dining experiences. Here are some interesting facts that you may not have known about whiskey.