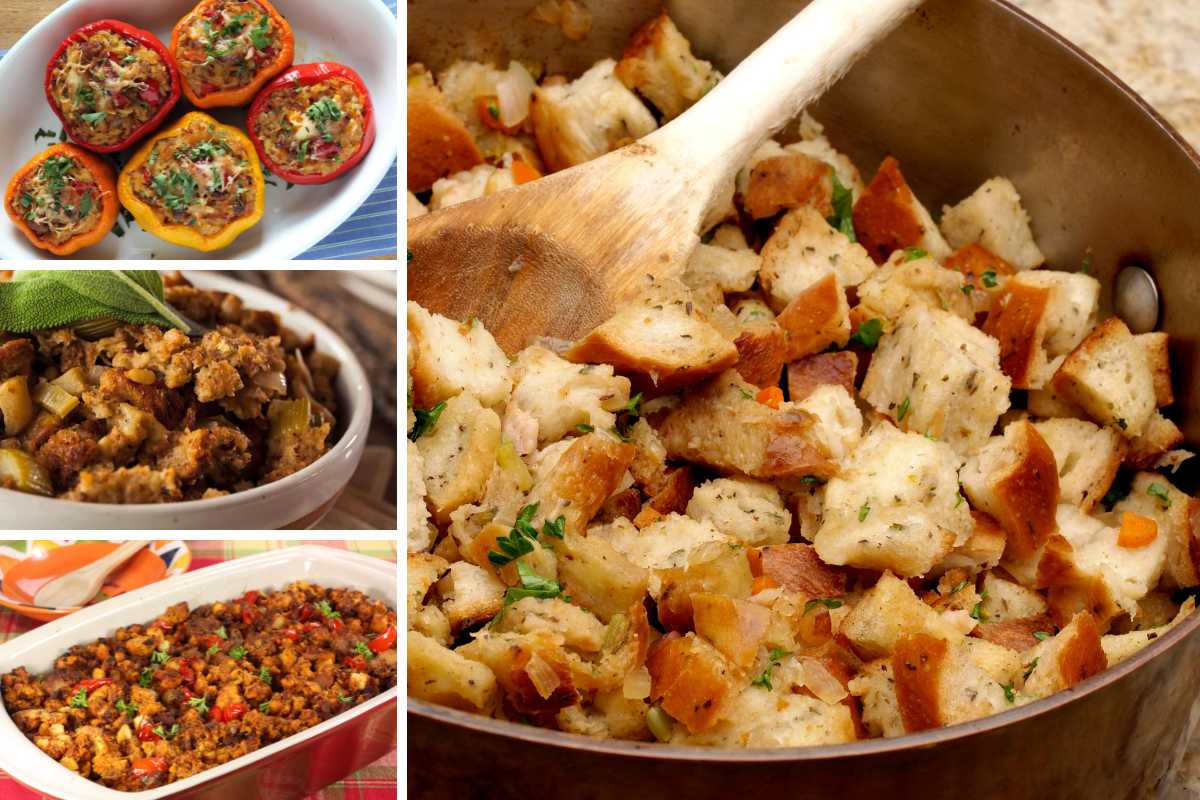 They say that turkey is the star of Thanksgiving, but everyone knows it’s really the stuffing that makes the table. The holiday just doesn’t feel complete without a generous helping of this bready, herb-covered treat. But the stuffing you eat at Thanksgiving probably depends on the region of the U.S. where you live.

This year, try a different type of stuffing for Thanksgiving…or several! After all, what’s wrong with having multiple stuffing choices?

Stuffing birds prior to cooking actually dates back through the ages. This has been a cooking technique for centuries and may have even been enjoyed at the very first Thanksgiving. The more modern form of stuffing that most of us eat today has been around since the mid-1800s.

That’s when the term “dressing” first became widely used for stuffing. Now, whether you eat “stuffing” or “dressing” depends on where you’re at in the U.S. But if you want to single out one cook for creating the modern version of stuffing that finds its way to Thanksgiving tables across the U.S. every year, it’s Ruth M. Siems.

She was an employee of General Foods and she was the actual person who invented Stove Top in 1972. Today, about 60 million boxes of Stove Top are sold every year around Thanksgiving. Most people have eaten it in their lives and it’s definitely a great go-to when you want stuffing any time, including during Thanksgiving.

The type of Thanksgiving stuffing, or dressing, you usually eat probably depends on where you are in the country. You may be surprised to find out what people eat just a few states away from you on Thanksgiving Day. 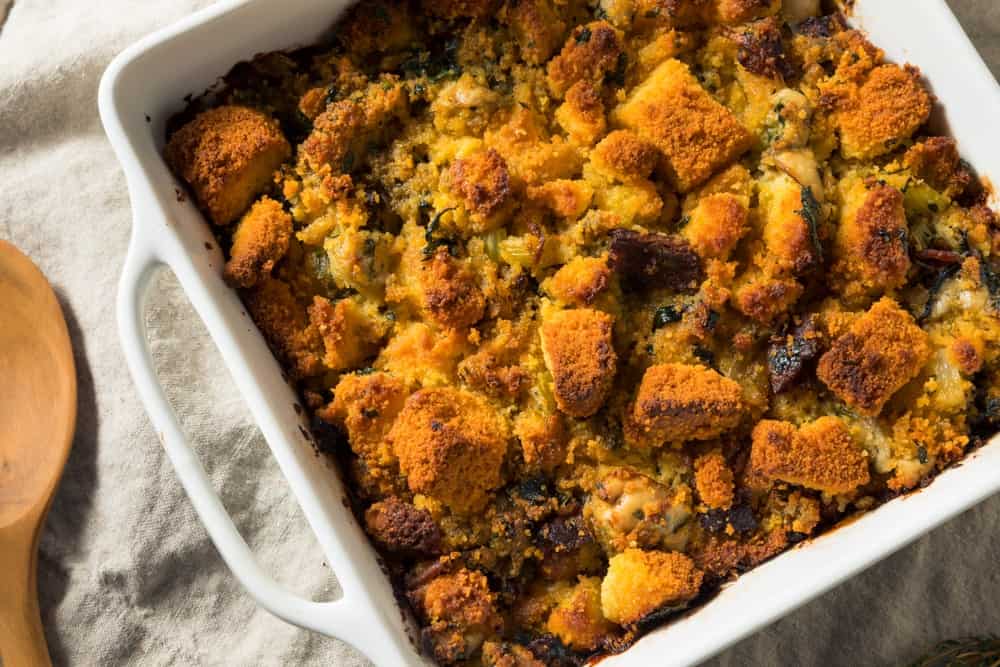 In New England, oyster stuffing is the Thanksgiving side dish of choice. This is eaten all along the Atlantic coast, where the seafood is plentiful. Sometimes, mussels are added to the recipe as well.

Southern dressing often includes lots of herbs and may have cranberries and/or nuts in it. Chopped pecans add an earthy, very Thanksgiving flavor to the stuffing. 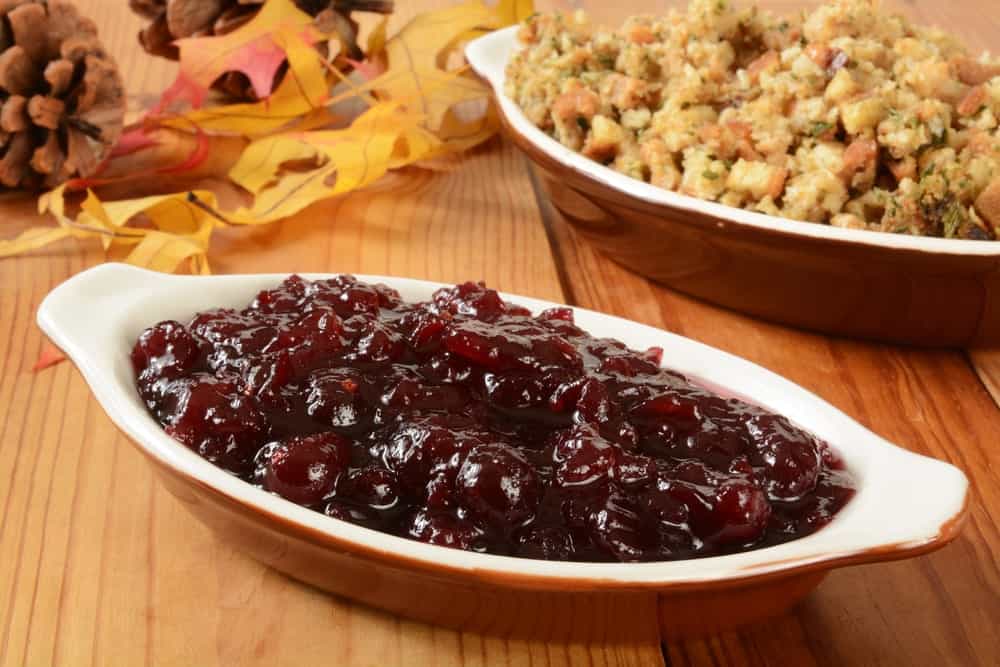 Cranberry stuffing is popular in the north, particularly around New York. Made with fresh or dried cranberries, this stuffing is slightly sweet. It’s a good contrast against savory turkey and other classic Thanksgiving dishes. 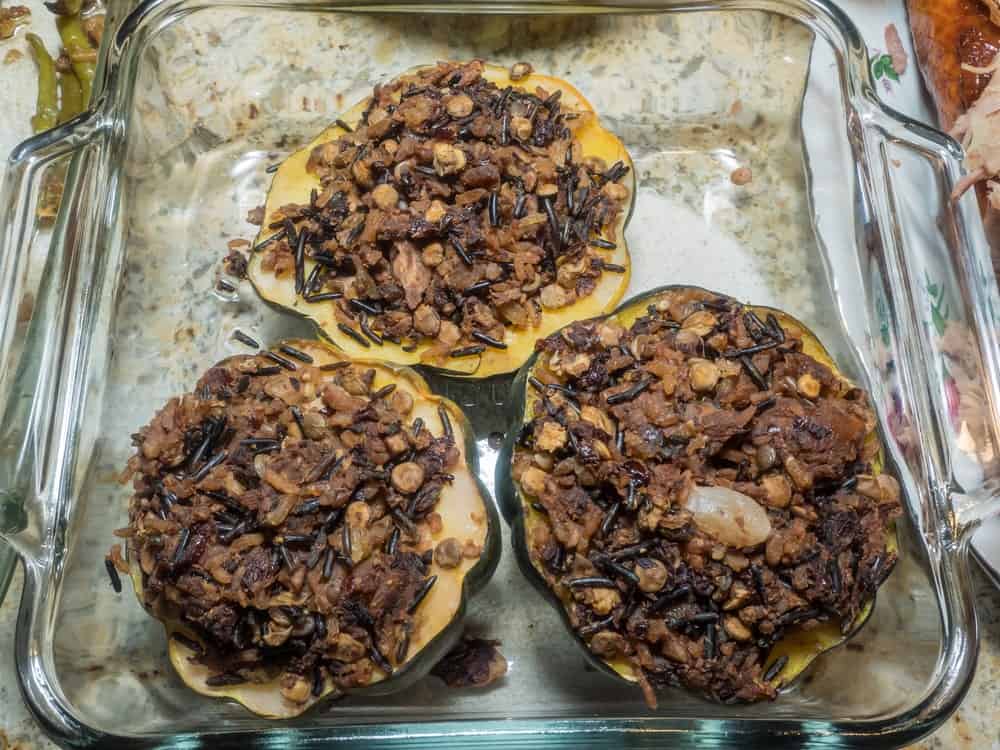 Essentially, you cook all the aromatics and herbs with the broth and then cook the rice in the liquid until it’s fully cooked. 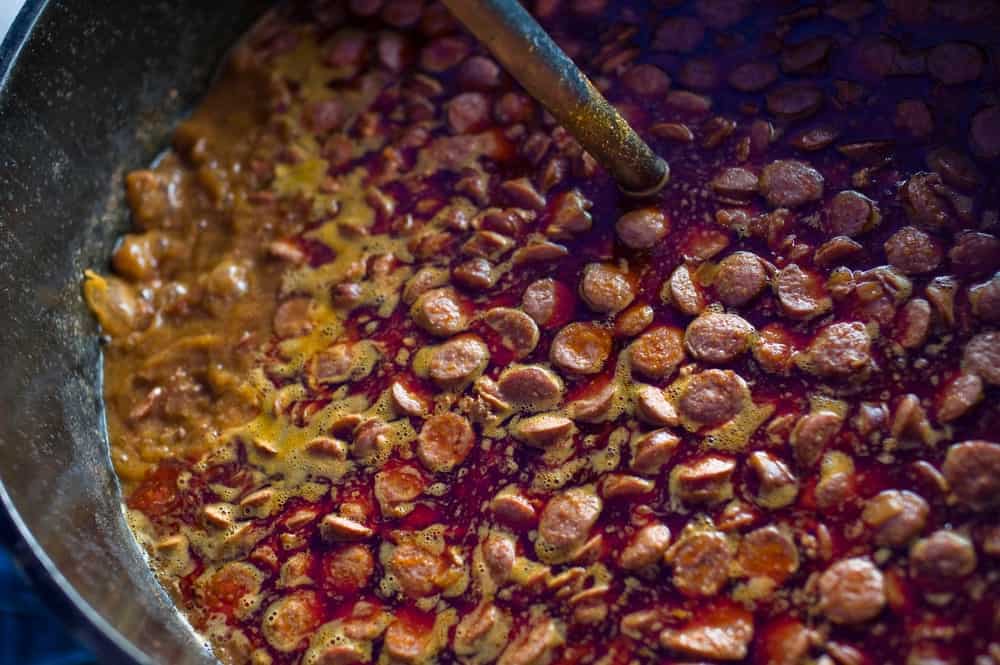 Get your hands on some andouille sausage to add to your cornbread if you want to make Louisiana-style stuffing, which is usually made with shellfish, too. You may also like Virtual Thanksgiving! 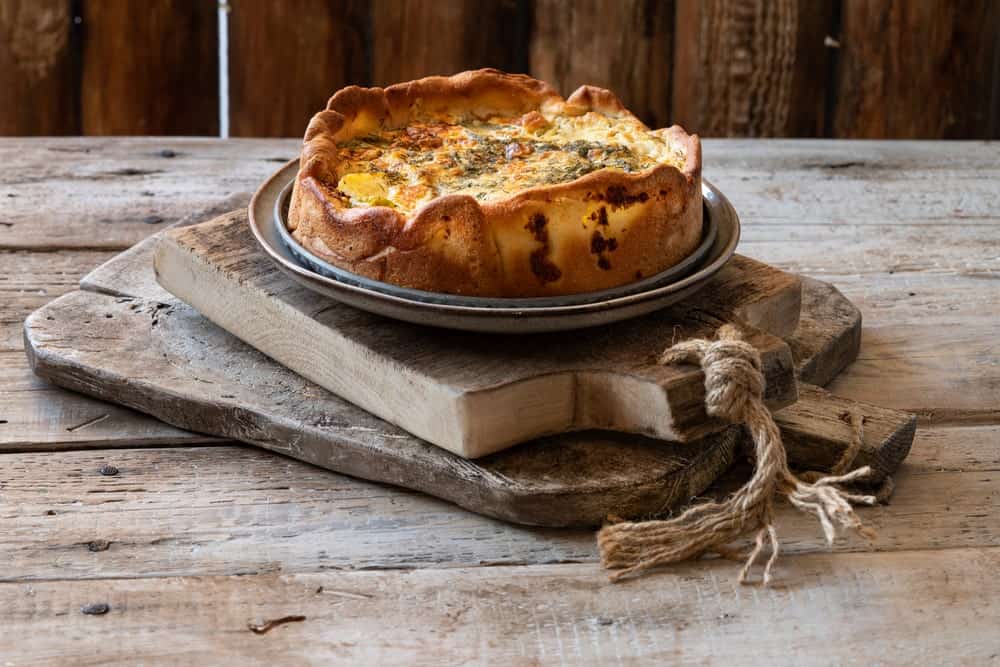 In Pennsylvania, you can forget all about the stuffing. Many Thanksgiving tables in this state will have potato filling instead. Inspired by Pennsylvania Dutch cooks, this Thanksgiving dish is basically mashed potatoes mixed with bread, herbs, and vegetables. 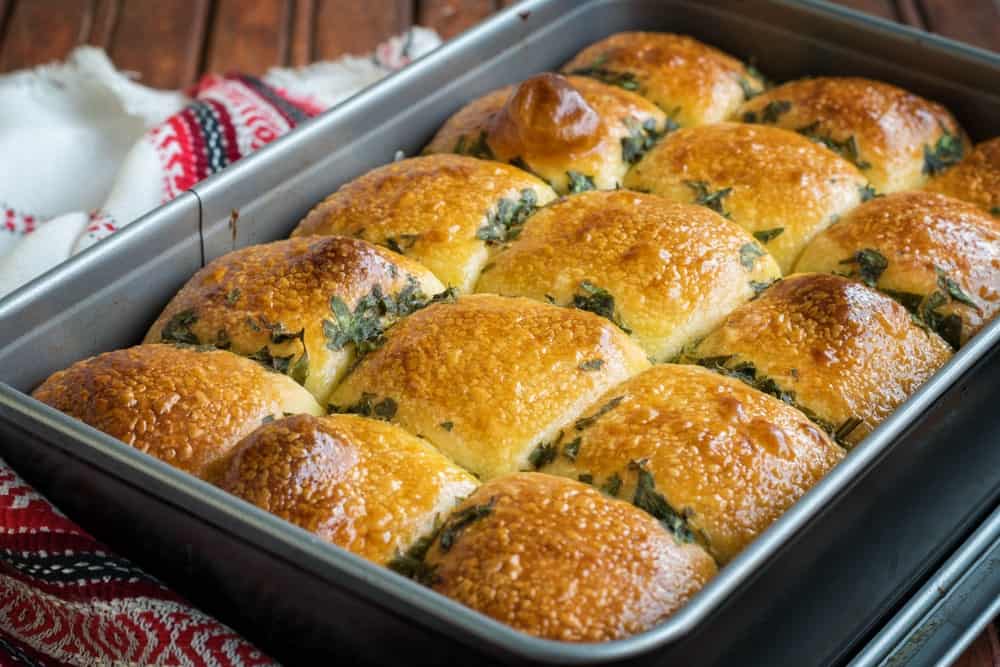 Sourdough stuffing is the dish of choice in California. This is particularly popular in San Francisco. You can fill a medium-sized casserole dish with a loaf of sourdough bread. You may also check Cherry Cranberry Sauce Recipe!

How to Make Thanksgiving Stuffing

Once you get down the basics, you can start adding oysters and other items to customize your recipe. If you’re going to make Thanksgiving stuffing from scratch, you actually need to start one or two days before. Get your hands on some bread.

The bread you choose will greatly affect how your stuffing tastes, so choose wisely. If you really want to make your stuffing from scratch, you’ll bake fresh bread. With all the other stuff you have to do to get ready for the holiday, however, this may be a little much.

You can pick up very nice bread at any bakery and save yourself some time and effort. You may also check Yams vs. Sweet Potatoes! 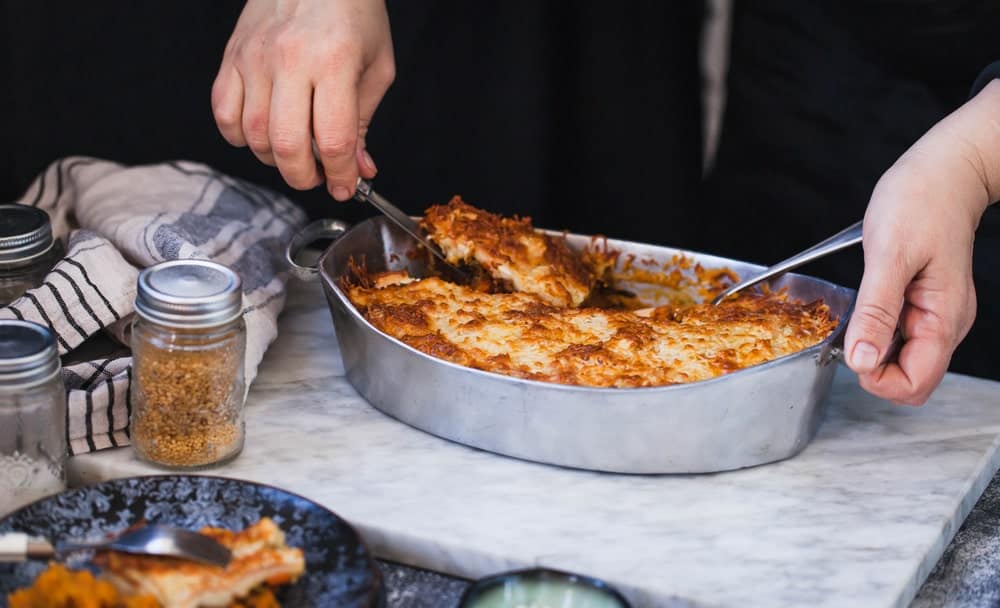 Once you have bread, cut it into cubed-sized pieces about one-inch square. Place your cubes in a large bowl. Cover the bowl loosely with a paper towel and set it somewhere it cannot be disturbed by curious kids or pets.

You can’t make stuffing without stale bread, so this is a necessity. You can use cornbread, sourdough, white bread, or brown bread, depending on the flavor you want. You can even use a combination of bread to give your stuffing an interesting texture and a more complex flavor profile.

On Thanksgiving Day, pour the bread cubes into a casserole dish. Chop up any onions, celery, or other vegetables and fresh herbs you want in your stuffing. Add these ingredients, along with about a half cup of butter, to a pot that has three to four cups of broth in it.

Many people use chicken or turkey broth. If you want to make the vegetarian-friendly stuffing, use vegetable broth. Cook these ingredients together with the broth until it comes to a boil.

Reduce the heat, allow it cool to a simmer and pour the liquid over your bread cubes. Mix thoroughly. Now, you can bake your stuffing in the oven or in the bird to complete your Thanksgiving meal.

Stuffing only needs to bake for about an hour. Use a shortcut to make your stuffing instead and get pre-seasoned bread crumbs. This makes it much easier to get your stuffing ready for the Thanksgiving table.

When you have the bread crumbs, you can go straight to making the broth and skip the whole preparation process. If you avoid using eggs, mayonnaise, meat broth, and any other animal-derived ingredients in the recipe, you can make vegan stuffing for Thanksgiving.

Have Your Thanksgiving Stuffing and Eat it, Too

Try a different take on Thanksgiving stuffing this year and try a new recipe. There are lots of different flavors to enjoy and many different ways to prepare this classic Thanksgiving dish.