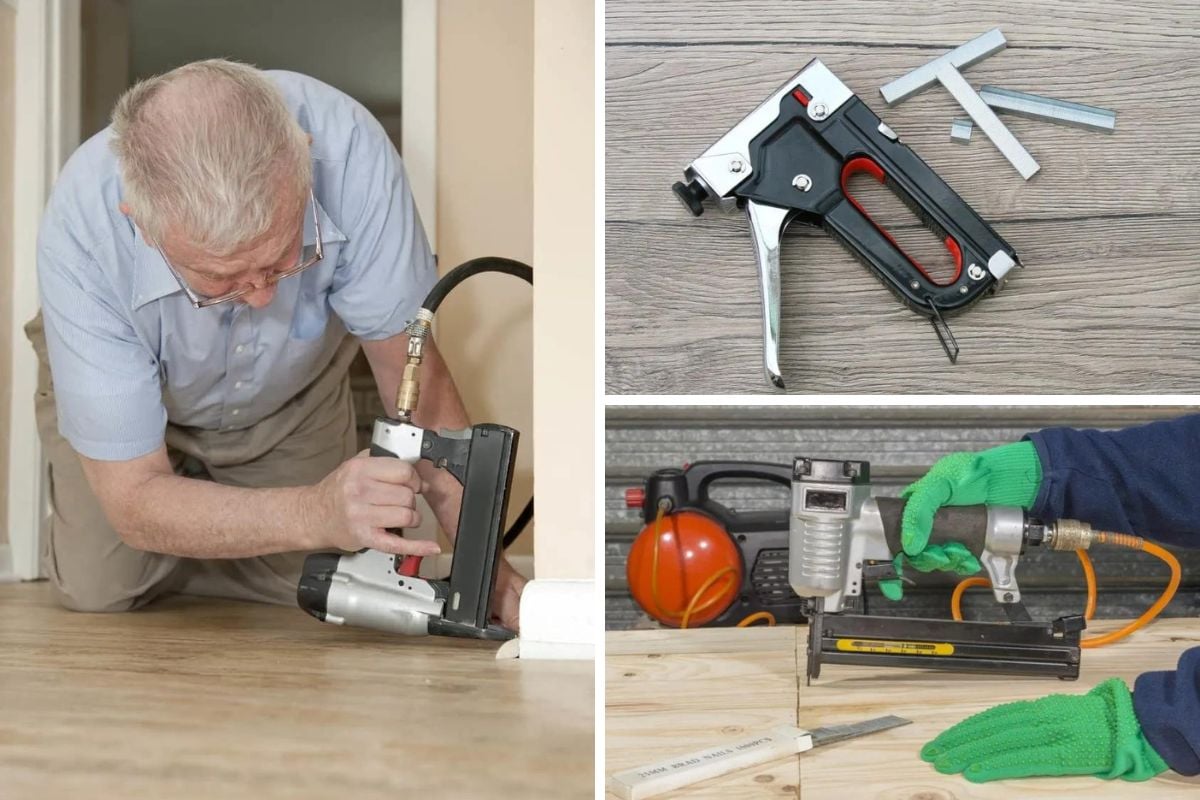 Staple guns are handheld machines that are used to push heavy metal staples into different objects made of plastic, wood, metal, etc. Staple guns have been in use for over a century now and are used in various operations involving handiwork. They are used for insulation, house wrap, roofing, wiring, upholstery, carpeting, etc.

Staple guns are also known as heavy-duty staplers that basically do the work of a stapler, but one that requires excessive force and power compared to a normal stapler. Unlike office staplers, all staple guns don’t have an anvil, which is the metal plate with curved slots which office staplers employ to bend the staple and flatten it against the paper.

Many hand powered staple guns have a spring-like mechanism to store mechanical energy, which is necessary due to the large force that is needed to drive a staple through wood or plastic, and due to the need to be completely inserted before the work piece is moved.

The office stapler, by comparison, can drive the staple into the paper by virtue of the user’s muscle power. The paper is firmly supported by the anvil. 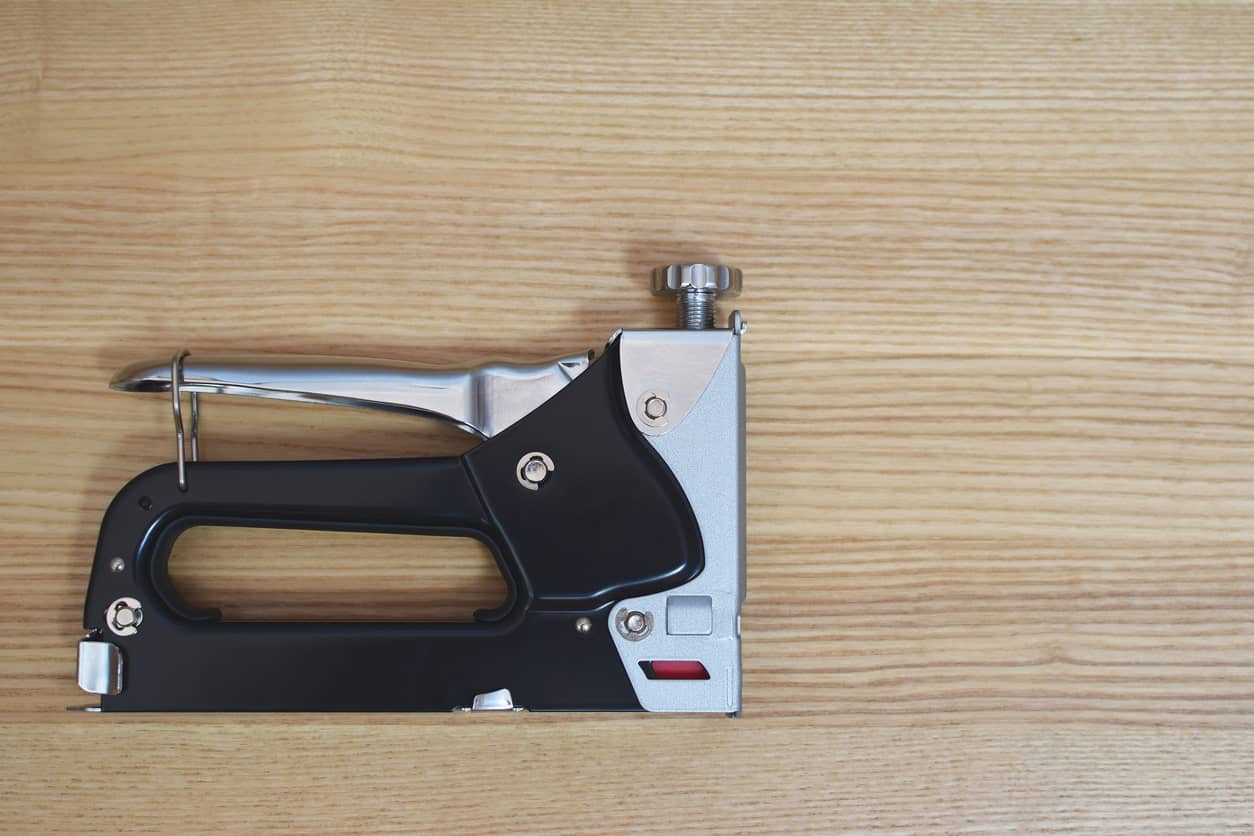 These are the most common type of staple guns. They’re very cheap and easy to load as well as use. They were the first type of staple guns ever created because they relied on elasticity and a spring mechanism to load and unload energy in order to function.

There is no plate under the staple, unlike the one that you find underneath the office stapler.

Since the manual staple gun relies on the elasticity mechanism to load and unload energy, it heavily relies on muscle strength. You can wrap your fingers around the stock and press down on the trigger with your palm.

It can become tiring if you’re not used to exerting pressure against your palms or hands for long periods of time. This means that staple guns are only used occasionally.

An advantage of the manual staple gun is that it is very portable. It is commonly used to put up flyers on telephone poles and to staple posters within the home. 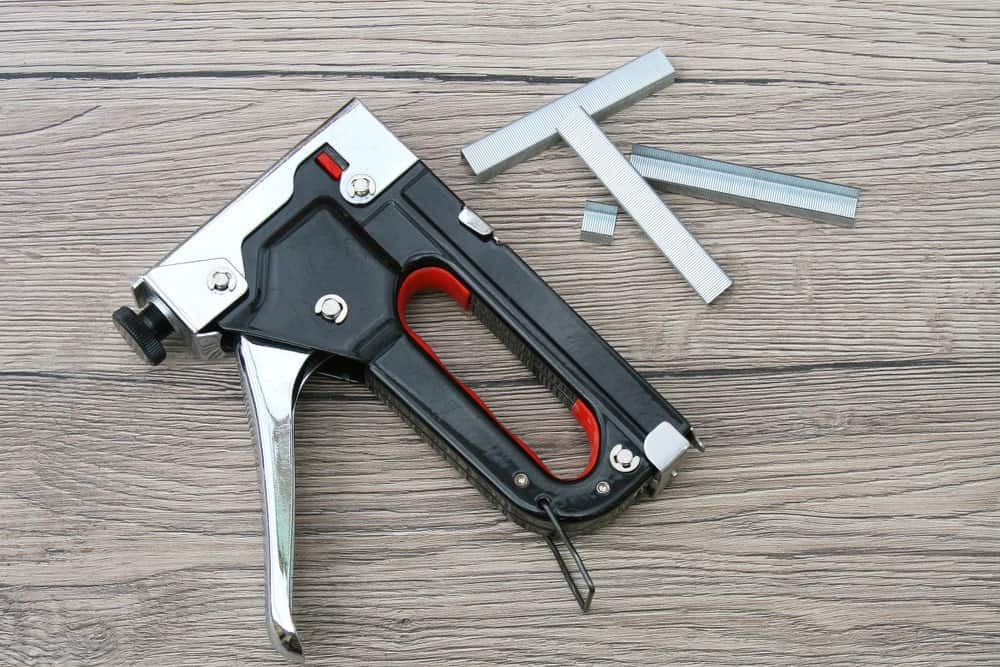 Manual staple guns are great tools for projects inside the home. However, they’re mostly used for small projects within the home like putting up a poster or repairing a small cavity or hole. They can’t be used for a large project like remodeling a home.

They are great to carry around with you since they are portable, which means that they can be used in places that the electric and pneumatic staple guns cannot be. You can hang up Christmas lights, re-tack your carpet or upholster a chair if you want. Since the latter requires quite a lot of care and precision, the manual staple gun is the best staple gun for upholstery.

Manual staple guns aren’t any good for projects that require a lot of work because your arms will inevitably begin to hurt or get tired due to repetitive use. If you’re wiring the house or installing insulation, you’re much better off going with pneumatic or electric staple guns. 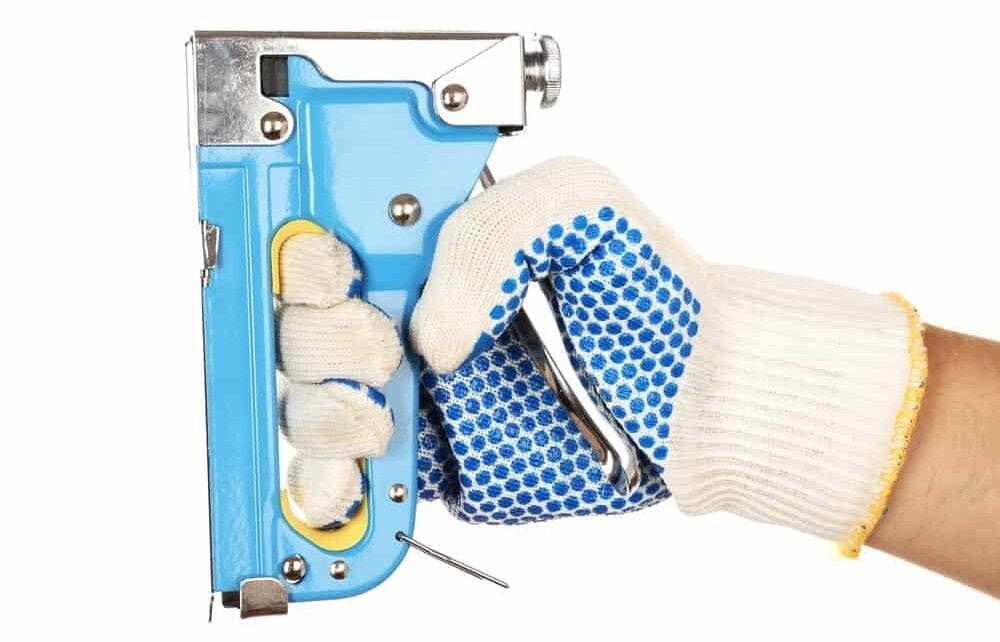 The best applications of a manual staple gun include:

Electric staple guns use electric power in order to insert staples into various surfaces. Since they run off batteries and electric power from the main grid, they don’t require much effort.

They look more like a gun than manual staple guns do. They can also resemble drills and function the same way drills do, in that you need to pull a trigger to activate them. 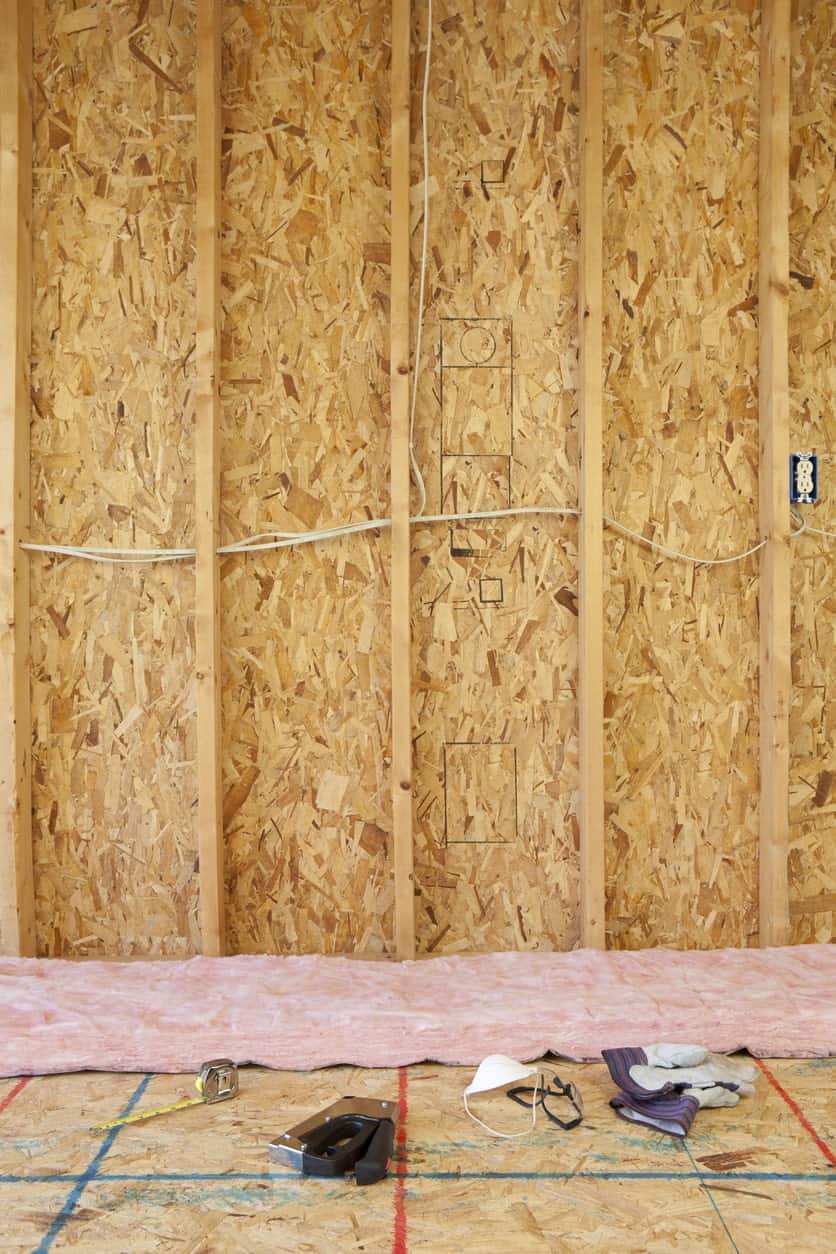 The Electric staple guns aren’t a great option when you have to get into small nooks and crannies or in places where there isn’t a power outlet nearby. They’re also much less useful for projects that require a lot of precision. The costs associated with running an electric model are also far more than using an air compressor for a pneumatic staple gun as well. 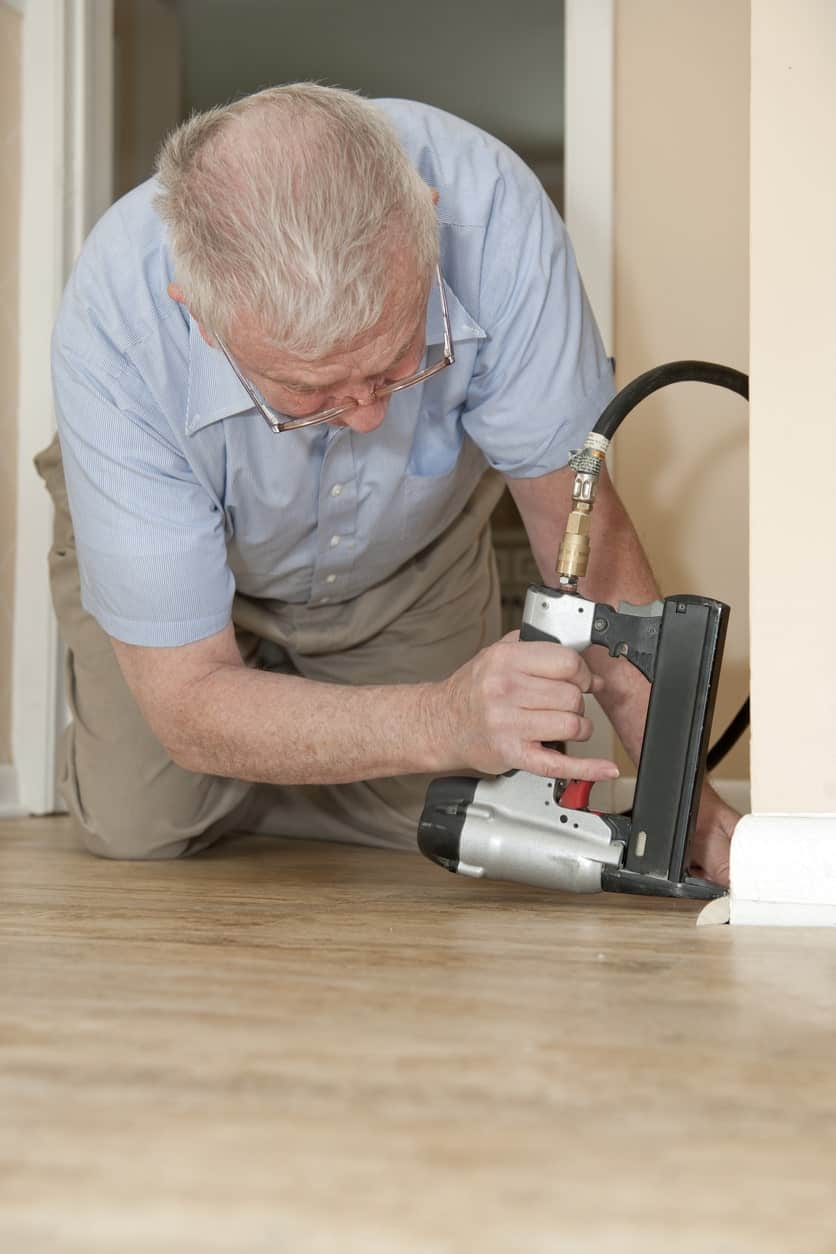 Light duty projects around the house like wiring a certain portion of a room or suturing a cavity within the home are completely within the electric staple gun’s capacity. If you’re planning to deal with thin and fragile materials, you can buy an electric model, and don’t have to worry a lot because it will work with a lot of care. However, if you want to make some artwork or control the precision of staples, don’t go for an electric staple gun. 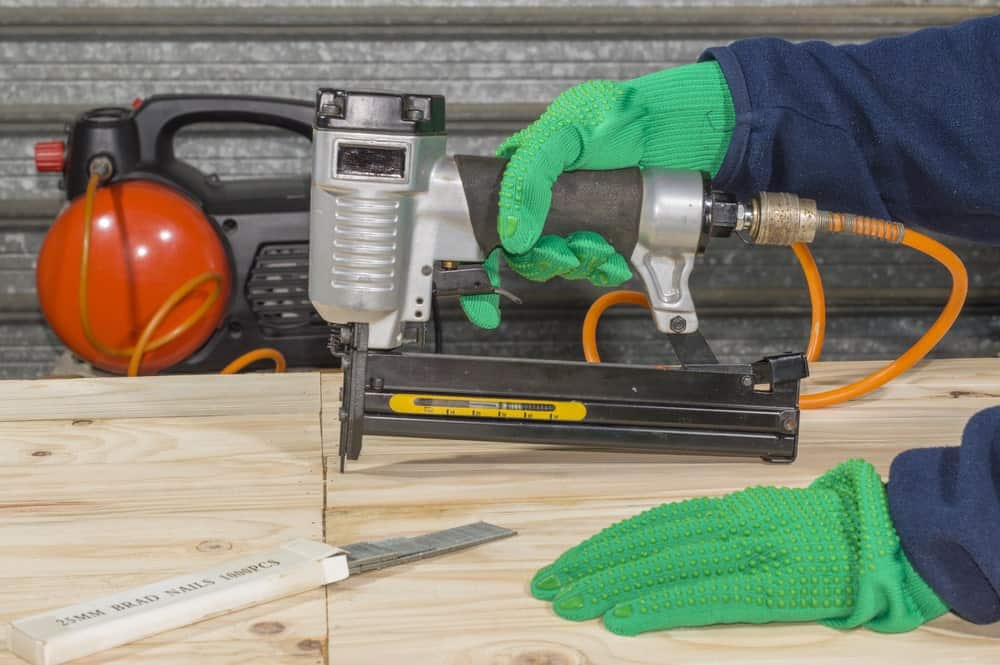 Pneumatic Staple guns are used by contractors that are installing insulation in homes. It is the best heavy-duty stapler that you can buy. They are used when a great deal of stapling is required.

They require very little effort to use since the pressure is being exerted by the air inside the nozzle. You only need to pull a trigger in order to propel the staple into the wooden, staple, or plastic surface.

That is why this is a great staple gun for wood and upholstery. It can be used to reach into corners since it has a longer nose than electric staple guns. The pneumatic staple guns can also use different types of staples varying by length. 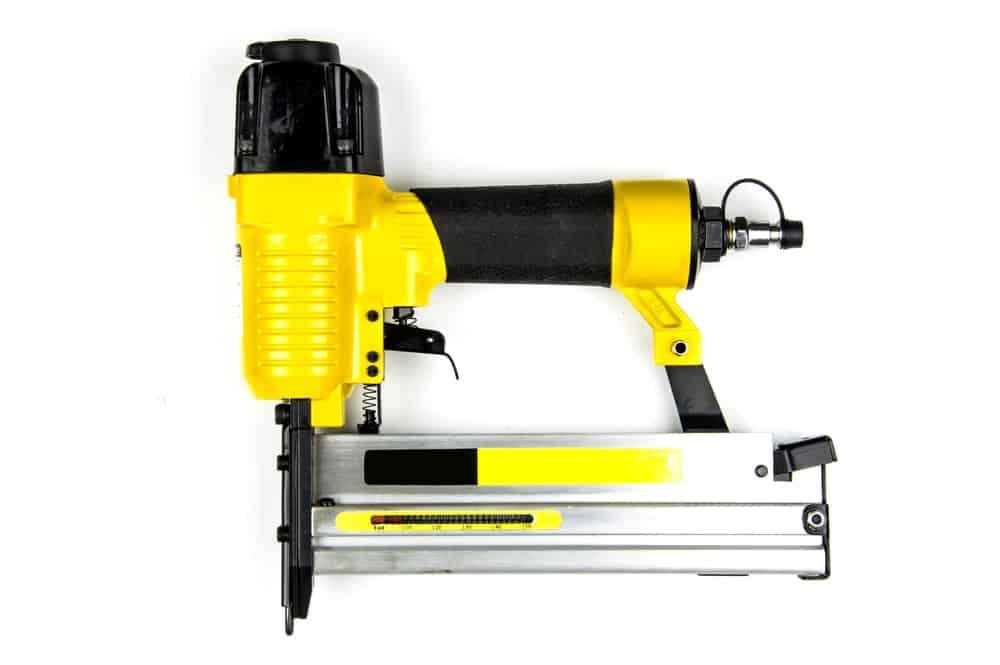 Pneumatic staple guns are also very noisy when compared to electric staple guns and have a much higher safety risk; however, they deliver the kind of force and velocity that is needed to completely transform a room or a portion of the home.

Pneumatic units also have longevity and durability since they are much less complex and have fewer moving parts when compared to other staple guns. Of course, some of the longevity comes with how you handle the staple gun in the first place, but its durability makes a considerable difference. 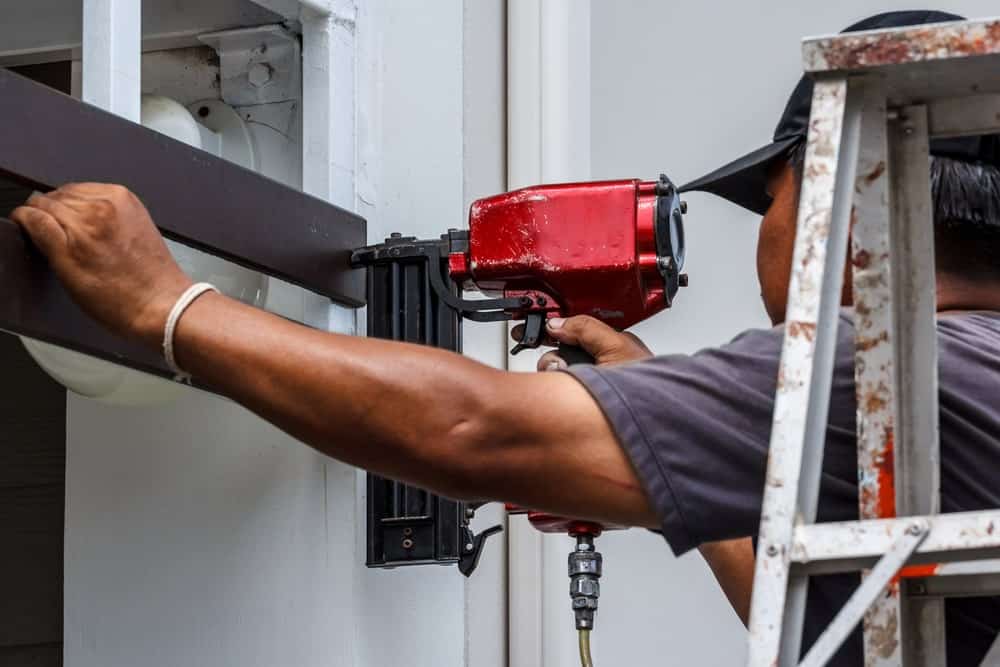 Staple guns are very useful tools for construction and have their use in the home and on the outside. The cases for each have been laid out above, and you can choose the one that best suits the situation that you’re in.

It would be wise to check the different specifications on the staple guns you do buy and read the instructions before you begin since they are tools that deliver significant force. Remember to wear gloves when you use them and to go for the staple gun that allows you to get the job done.