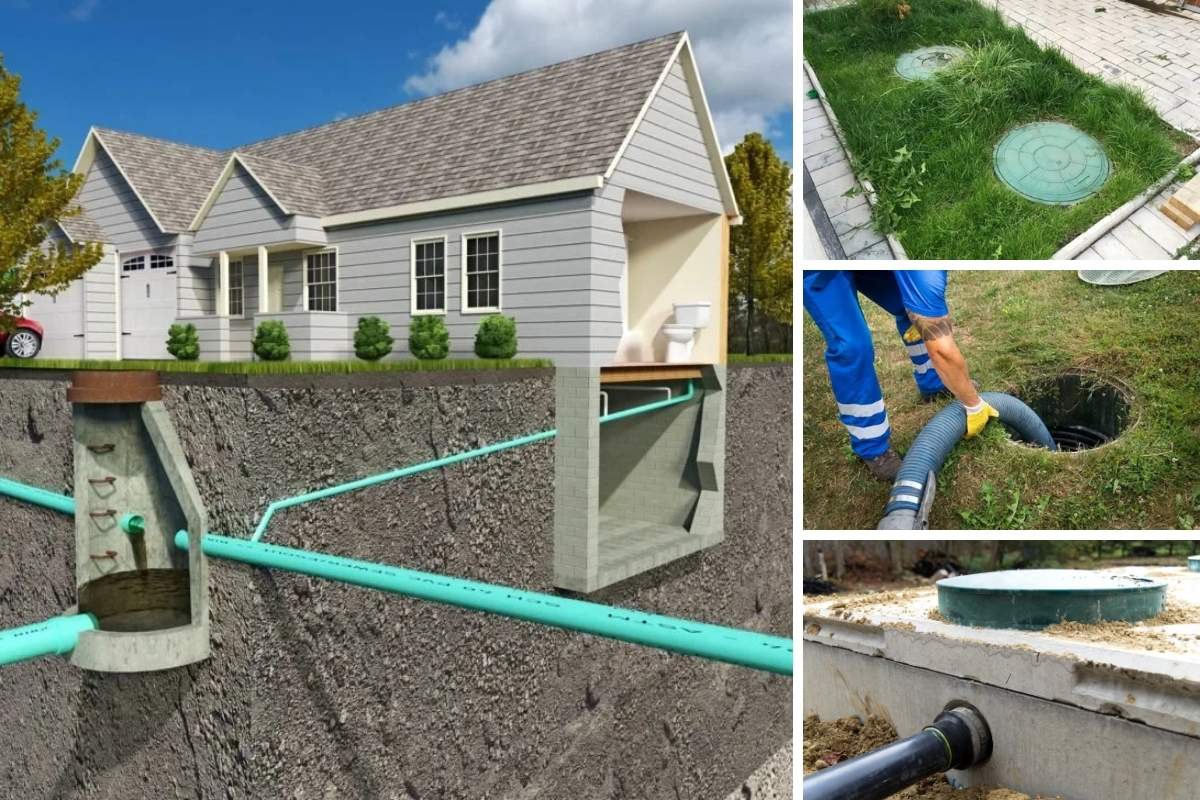 Whether putting in new construction or facing the reality of needing to replace an old septic system that has reached the end of its life, a homeowner or property owner is going to eventually face the choice of which type of septic system to install. There are a couple of different options versus the myth that all systems are the same old tank in the ground where everything goes until drained or broken down.

No surprise, some systems work better for certain locations than others. So, once the correct drain field location has been determined, well away from anything that can grow roots and destroy equipment, then it’s time to see what might be the best solution versus the most convenient for an installer service.

The fact is most people have no idea the have choices and simply order a new system. That can create problems if the wrong one is chosen by an installer trying to get the job done as quickly as possible to move onto the next account order.

Your environment where the system will go has a big influence on which systems will work better as well. Improperly matched and the problems could range from filling up too quickly to poor drainage to equipment breaking. And almost all of those results mean significant costs for repair and cleanup, which you definitely want to avoid. 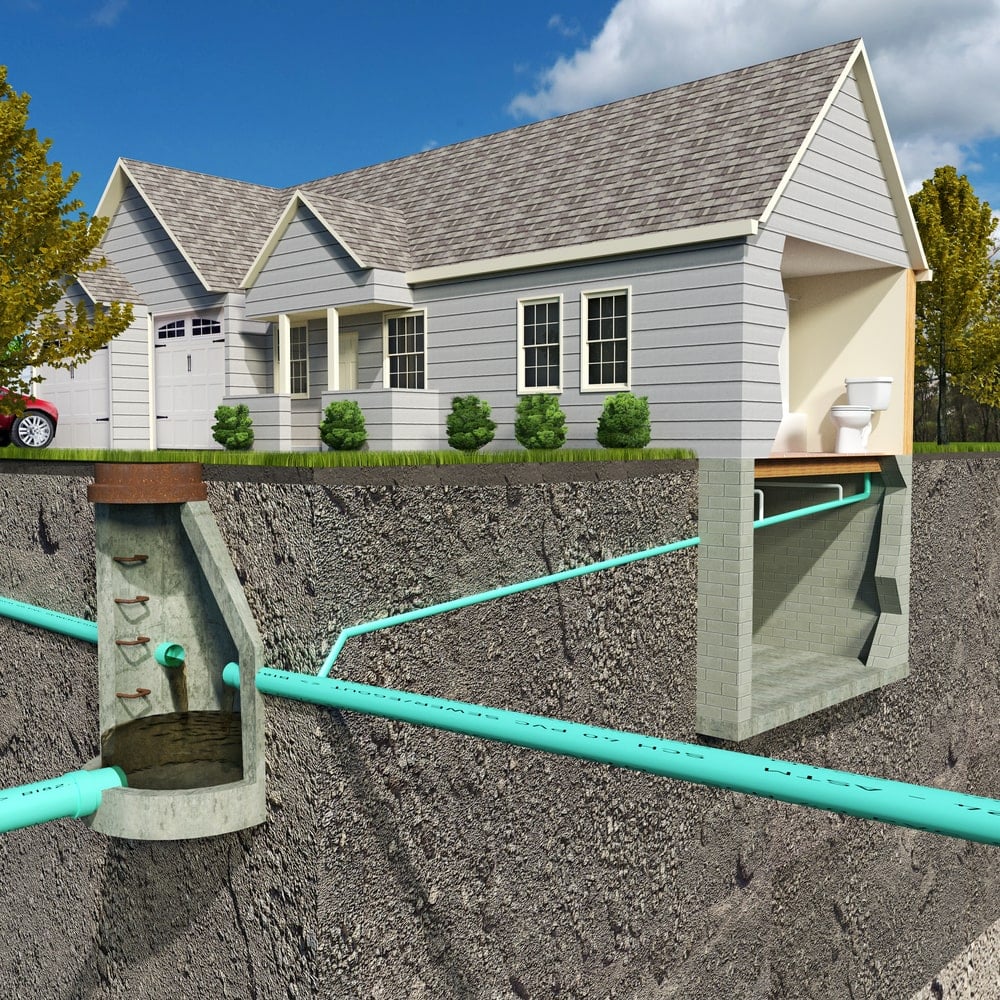 Almost all septic systems fall in one of two groupings. The first is conventional and the second is, almost predictably, alternative. However, if you thought the choice was easy enough to pick one or the other, surprise. The alternative category alone includes 20 different system models that one can pick from.

This category tends to be what most people are familiar with. The conventional model involves a large tank buried in the ground near the home or building that it will service. Using gravity, the wastewater that comes from the home drains into the tank.

The water line in and out continues to drain liquid out from the tank to the ground which is known as the drain field. Solid mass carried by the wastewater from the home flows into the tank and, with gravity, falls to the bottom of the while the water itself continues forward to draining. Eventually, due to bacteria, the solid material breaks down in the tank and settles at the bottom.

The big issue with a conventional system is the surrounding soil. The dirt and soil need to be permeable enough that as water flow reaches the tank and then the drain field, it flows into the soil and eventually evaporates upwards into the air as the ground dries out. This is enhanced by a series of pipes from the drain tank into the drain field that allows the water to move forward and farther out into the field instead of saturating the immediate exit point.

The second concern with the conventional system involves the tank. Over time, even with bacteria and breaking down, the solid matter will build up inside the tank. This process is a good situation will take years, but it does occur. If the tank is not pumped regularly the material will eventually block up the flow and the new wastewater will back up into the house or building. Without maintenance, most owners find out about this problem the hard way during the rainy season or a big blockage event.

The conventional septic system design has been a proven approach for decades. Taken care of properly, these standard systems will last anywhere from 25 to 30 years before a full replacement is needed. They are made from usually three different materials: concrete, fiberglass, or polyethylene.

Older models that have needed serious replacement have oftentimes been concrete boxes that basically broke apart over time or were invaded by local plant or tree roots. In some cases, the installation is a fairly straightforward matter. In others, it can be more complicated. No surprise, this variance ends up producing a range of costs that can go from affordable to prohibitive very quickly.

Designed to deal with situations where a septic tank is a must but the surrounding soil doesn’t want to cooperate with easy draining, alternative systems use internal methods to help water separately and dissipate from the system faster instead of leeching out in a drain field per se.

Poor draining situations can occur from a variety of causes. Some are simply due to much rock and impermeable material in the immediate area, and it would be far too expensive to drill out the lock or break it down to solve the problem.

This happens a lot where a septic system is needed and it turns out just below the surface soil there’s a rock layer, like granite. In other cases, the local water table is simply too high so the wastewater can’t drain out properly with gravity. Swampy areas are notorious for this kind of situation. Fortunately, alternative systems still allow water to be removed and let solid matter escape from the home or building with drainage. 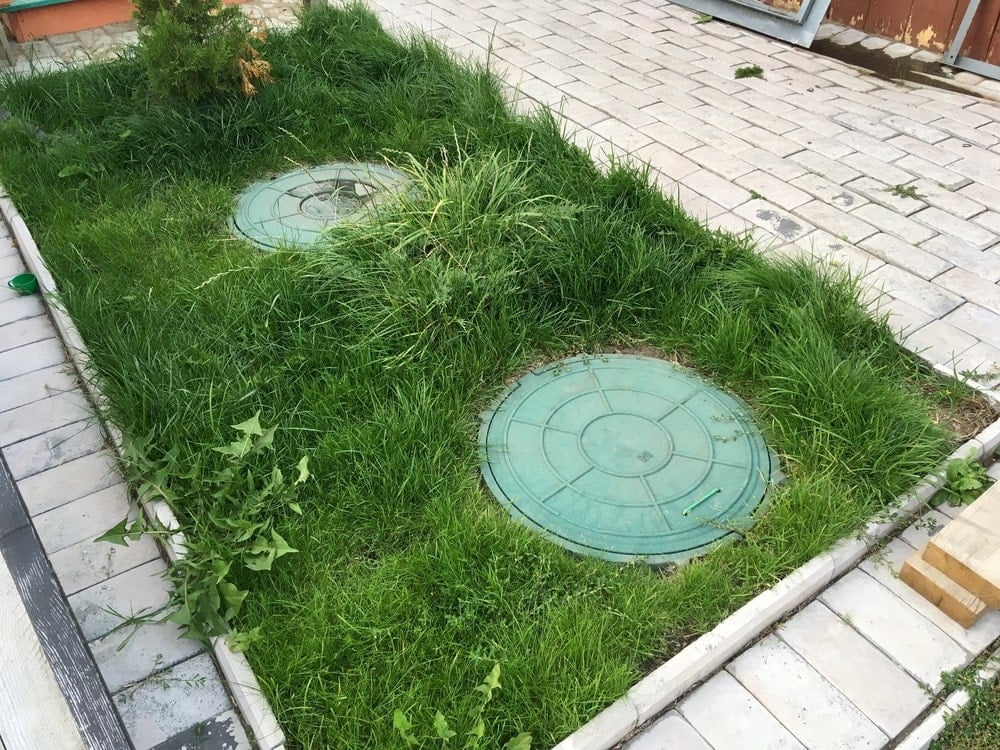 To compensate for a poor layer of soil, sand is used instead. Sand is extremely permeable for water, which flows through it extremely fast. Sand also collectively has a high density which blocks solid matter from moving forward. With this approach, a sand drain field is essentially created producing the desired drainage effect not otherwise possible.

For areas where there might be a high sensitivity to a drain field and need to ensure the water existing is completely clear of matter a looped system provides a double sand filter effect. Water moves through a sand block twice before it finally drains and evaporates out. Whatever the first sand filter did not stop, usually in very small particulate matter, the second layer does block.

Using gravity as an enhancing power, this approach keeps the water line and the tank above the ground level, forcing the wastewater to move into a drain field situation that pulls water downward. The gravity effect forces water through a sand layer that filters it so what finally exits is completely clear liquid into the surrounding soil area.

Designed for very dry and arid locations, this system uses an evapotranspiration approach to draw water into moisture deficit areas of dry soil, grass, and plants. All three create a suction effect of moisture pulling it through the system. This approach, however, should never be used in areas where there is more than two feet of rainfall annually.

Oxygen is a major destroyer of anything organic. This is a well-known biological fact, especially with rotting material. The Aerobic Septic system literally and proactively exposes wastewater to oxygen which speeds up the breakdown process as well as the evaporation later on. Once the water moves through the system it tends to be cleaner and dissipates far faster than other systems.

This approach is ideal for homes where the existing landscape needs to be used and it might not be possible to install the septic system in a nice open field. With the drip irrigation design and the wastewater is pumped out into a network of pipes and channels buried under the ground to the level of 8 inches depth.

However, because this system is quite complex in terms of connections, it’s critical that both the pump out block, as well as the channels, are kept clear through filtering as well as regular maintenance. Otherwise, the channels will likely block up and fail pretty quick.

It’s not a true alternative septic system per se, but the low-pressure approach does work better in soil areas where the ground doesn’t want to be very cooperative. This system utilizes a low-pressure pumping effect to push water into the tank and out to the soil, forcing it a bit to drain instead of waiting for gravity to do all the work. As the water moves and spreads, it drains out and dissipates into the surrounding soil faster.

What is Not a Septic System Replacement

Many times folks believe they can simply restart a septic system by flooding it with a high dosage of pre-treated bacteria to eat up the sludge that might be overloading a conventional tank and causing a blockage. While these treatments do have some effect, they are not a system replacement per se.

The fact is, there is already plenty of bacteria working a hardy job in most septic tanks breaking down solids. Unfortunately, it still ends up creating sediment that displaces water and ultimately become a silty sludge that can block water flow and limit its eventual drainage out to the leech field or drain field. At that point, it doesn’t matter how much bacteria is present, the tank needs to be physically cleared usually through a professionally-equipped pumping.

How to Maintain Any Septic System Once You Choose One 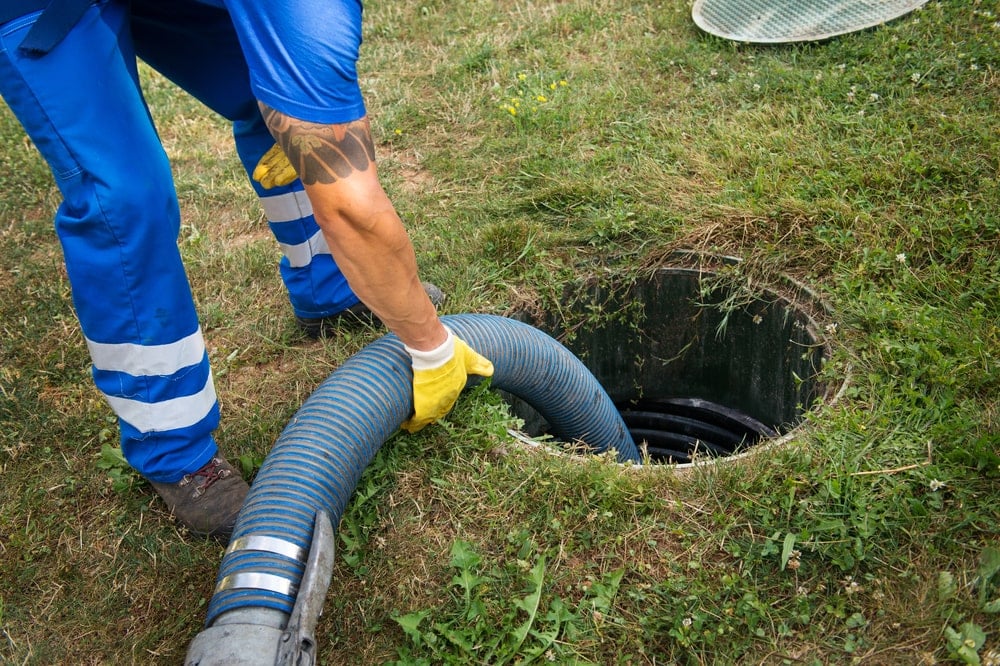 A key step any property owner should be taking is to first make it a regular habit to inspect the current system on a regular basis and have it serviced/pumped consistently as well. At the latest, any septic system with a holding should be pumped and cleaned every three years and not later. This figure might actually shorten and become more frequent if the household size is large and the system is used for more than average home or building.

Second, it might seem counter-intuitive but the less water going down the drain, the better. Efficiency toilets and faucets can go a long way in limiting the amount of wastewater produced, letting bacteria do its job better in the tank, and reducing the demand on the system to drain and dissipate faster.

Finally, drains should be kept free of non-biological material. Trash waste and processed products should never be sent down the drain and should instead be disposed of in garbage cans instead. These kinds of materials don’t breakdown quickly and will contribute to the system build-up.

Don’t forget, maintenance of your system also includes keeping up the condition of the drain field as well. No one should ever be allowed to park a car or place anything heavy on the field location itself. Trees, bushes, and thick-root plants should not be allowed to grow anywhere near a drain-field ever.

The roots can be pervasive and extremely destructive to pipes and the tank itself. And another drainage from the house or building should be diverted to a different location versus the drain field. This will avoid excess saturation of the soil with too much water, especially during the rainy season.